In 1990, Peter Kuper (born September 22, 1958) predicted Donald Trump’s rise to power and the building of a huge Wall to keep the poor at bay. His dystopian vision, called ‘The Wall’, featured in Heavy Metal magazine (July 1990). It features Trump battling Harry Helmsley (March 4, 1909 – January 4, 1997) , the now-deceased real estate mogul who owned the Empire State Building. Originally published in black and white, Kuper colorised the story for his book Drawn to New York, a declaration of love to the artist’s adoptive home. 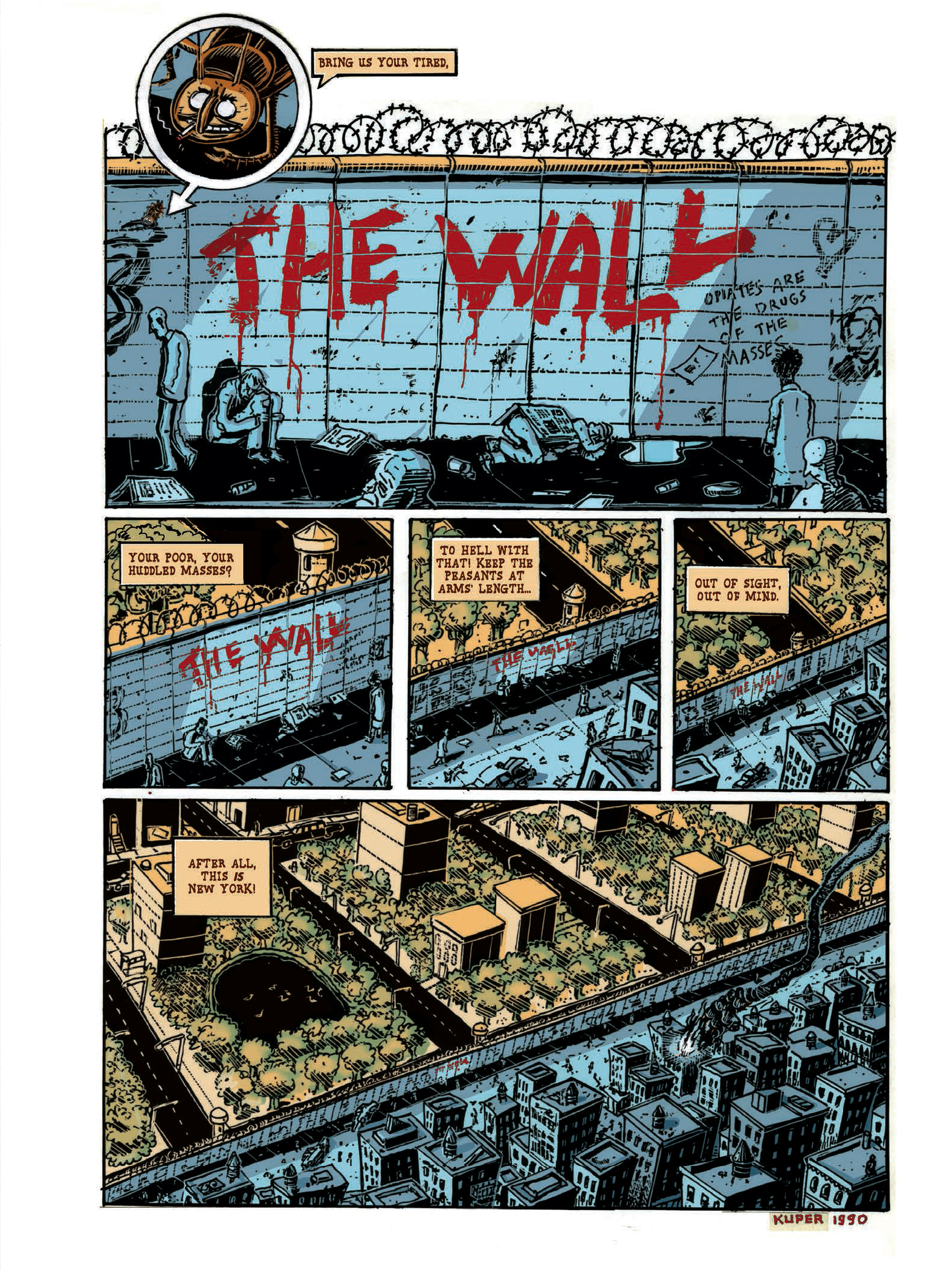 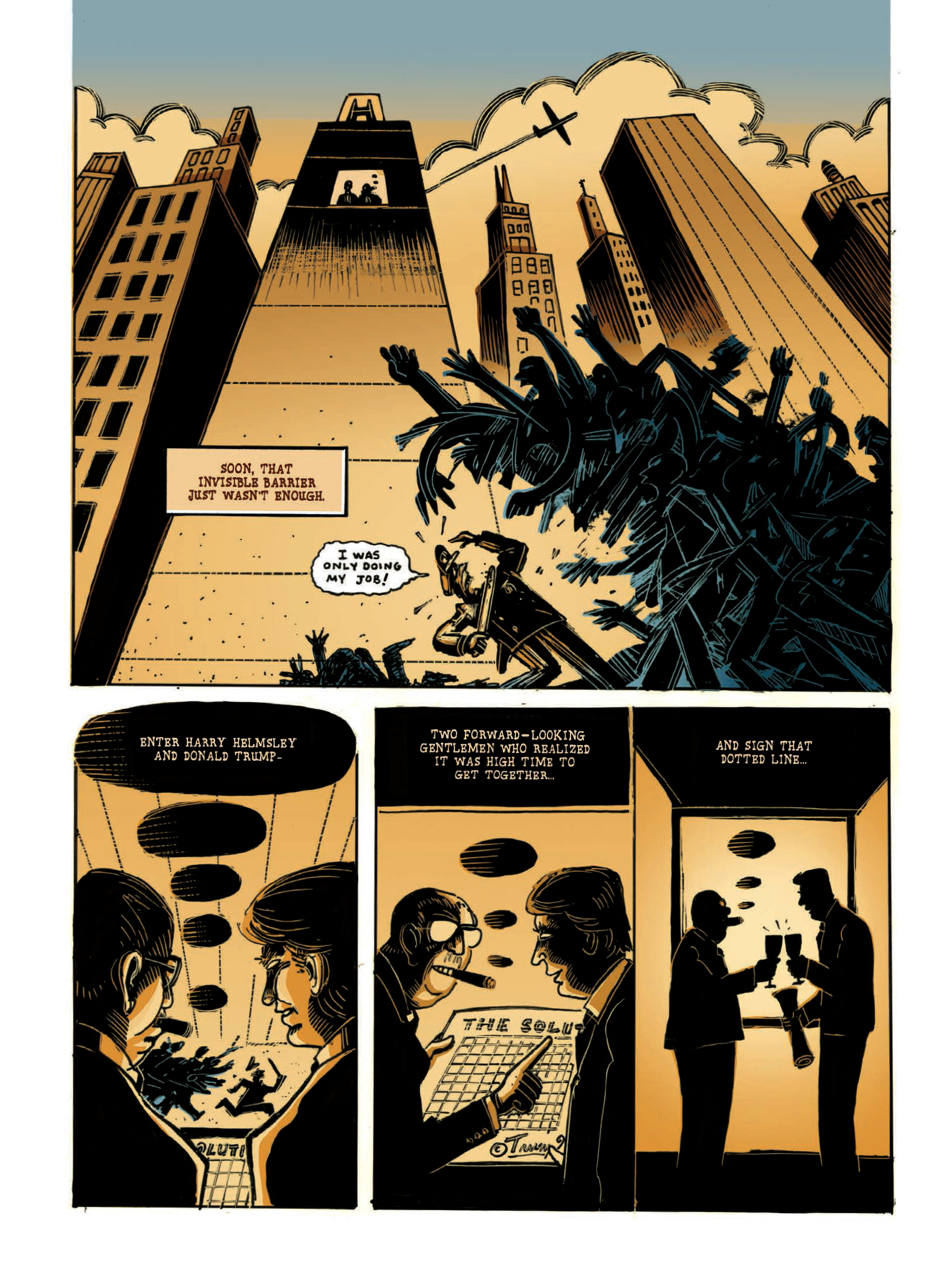 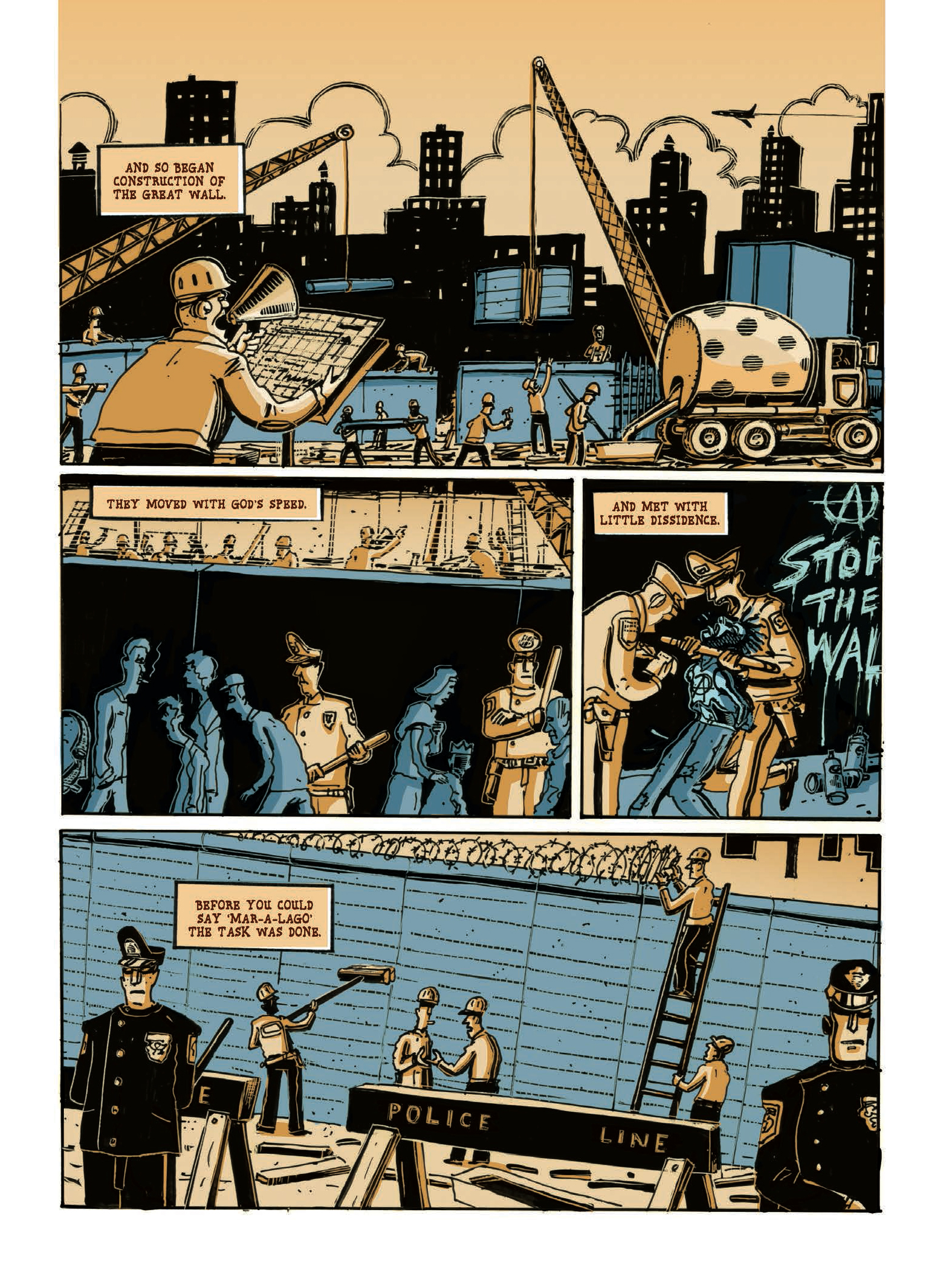 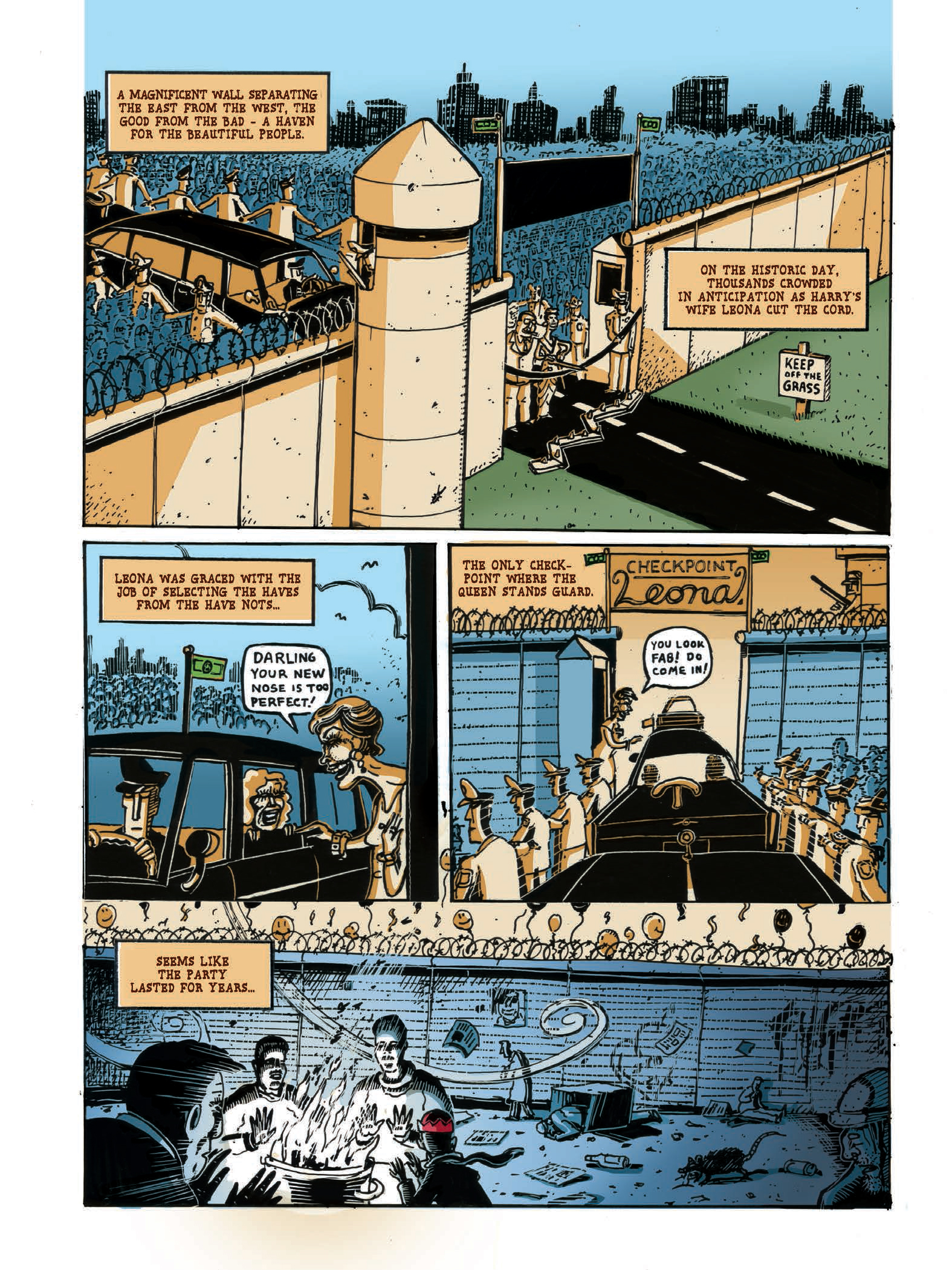 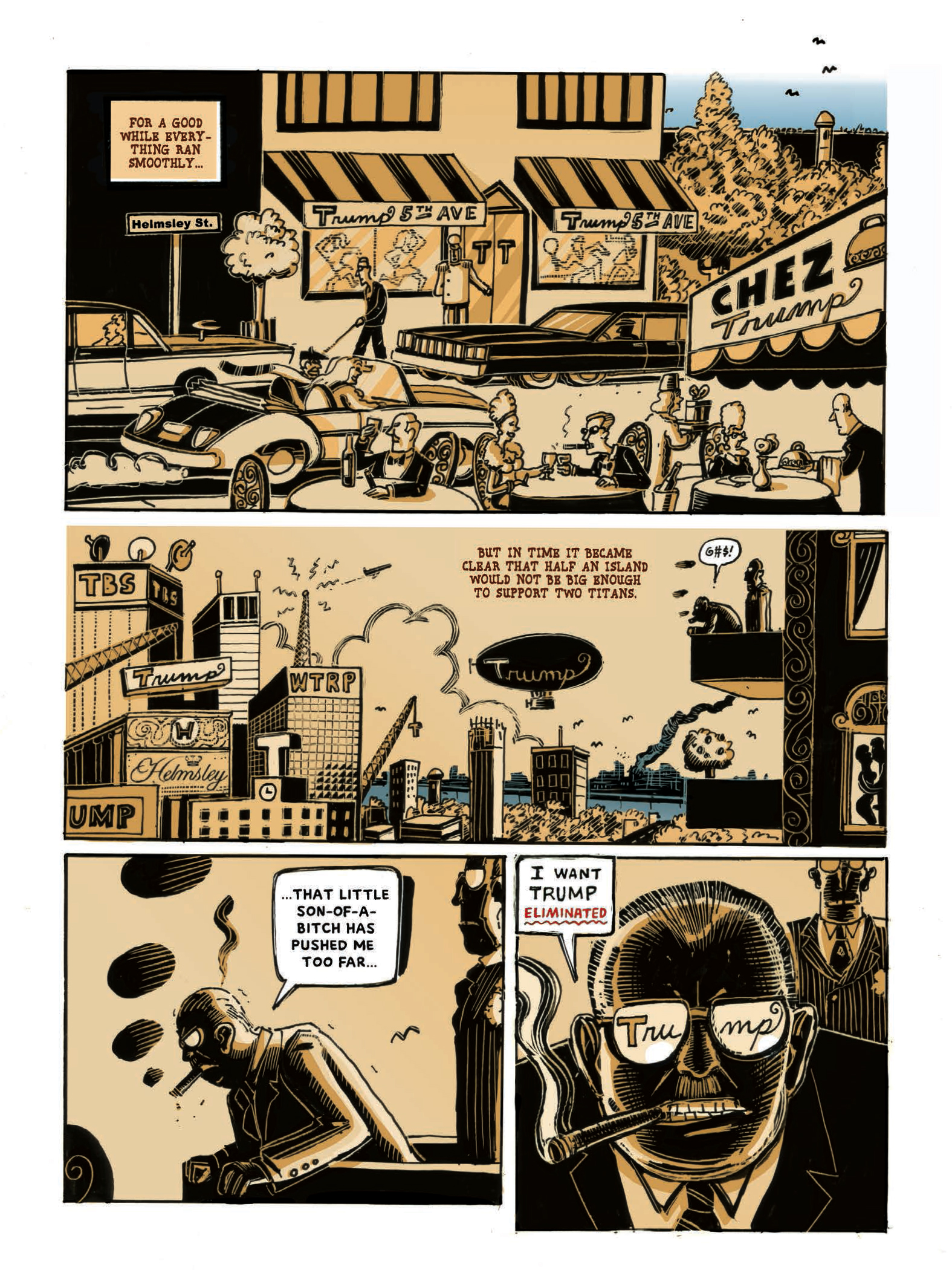 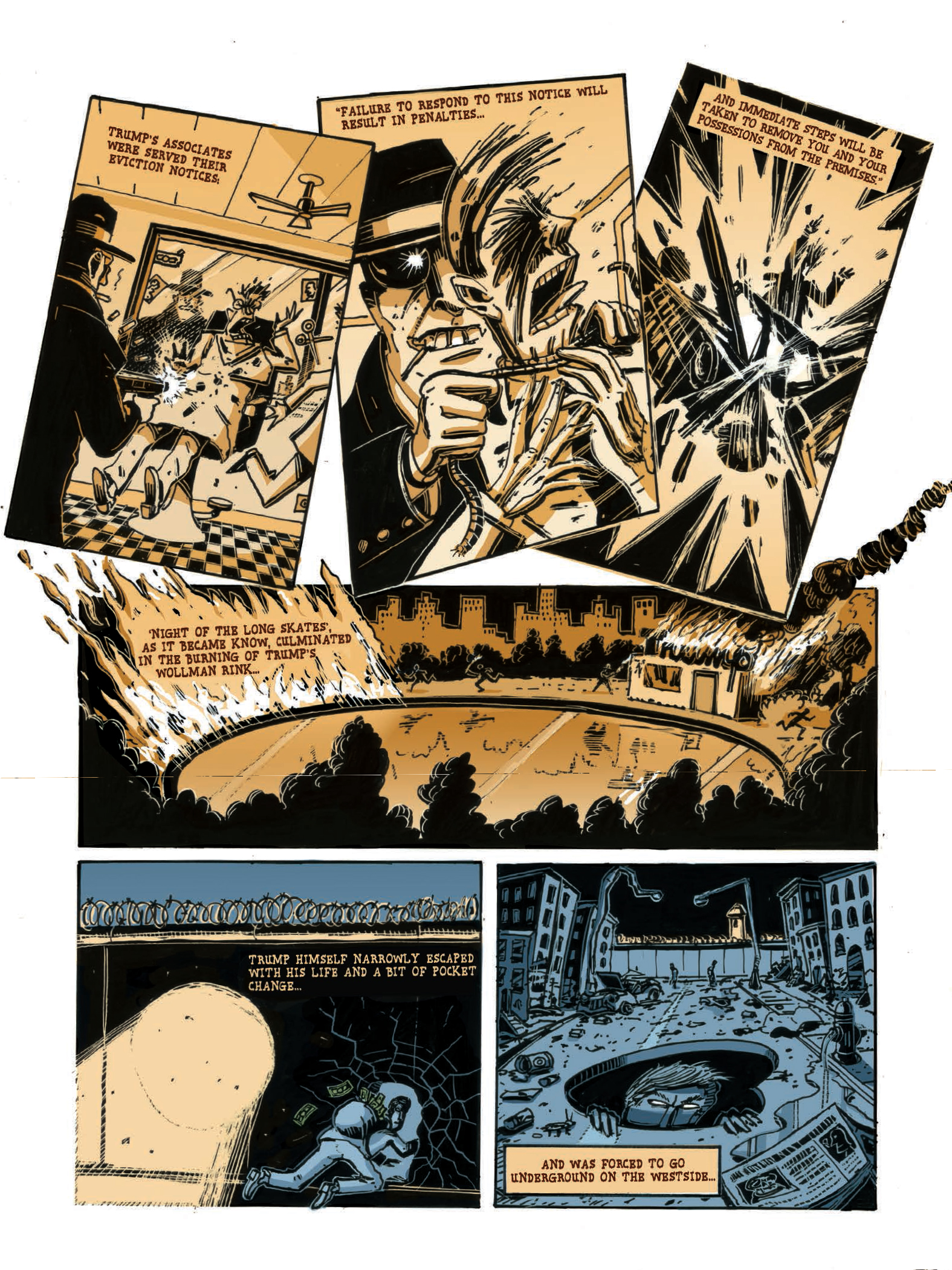 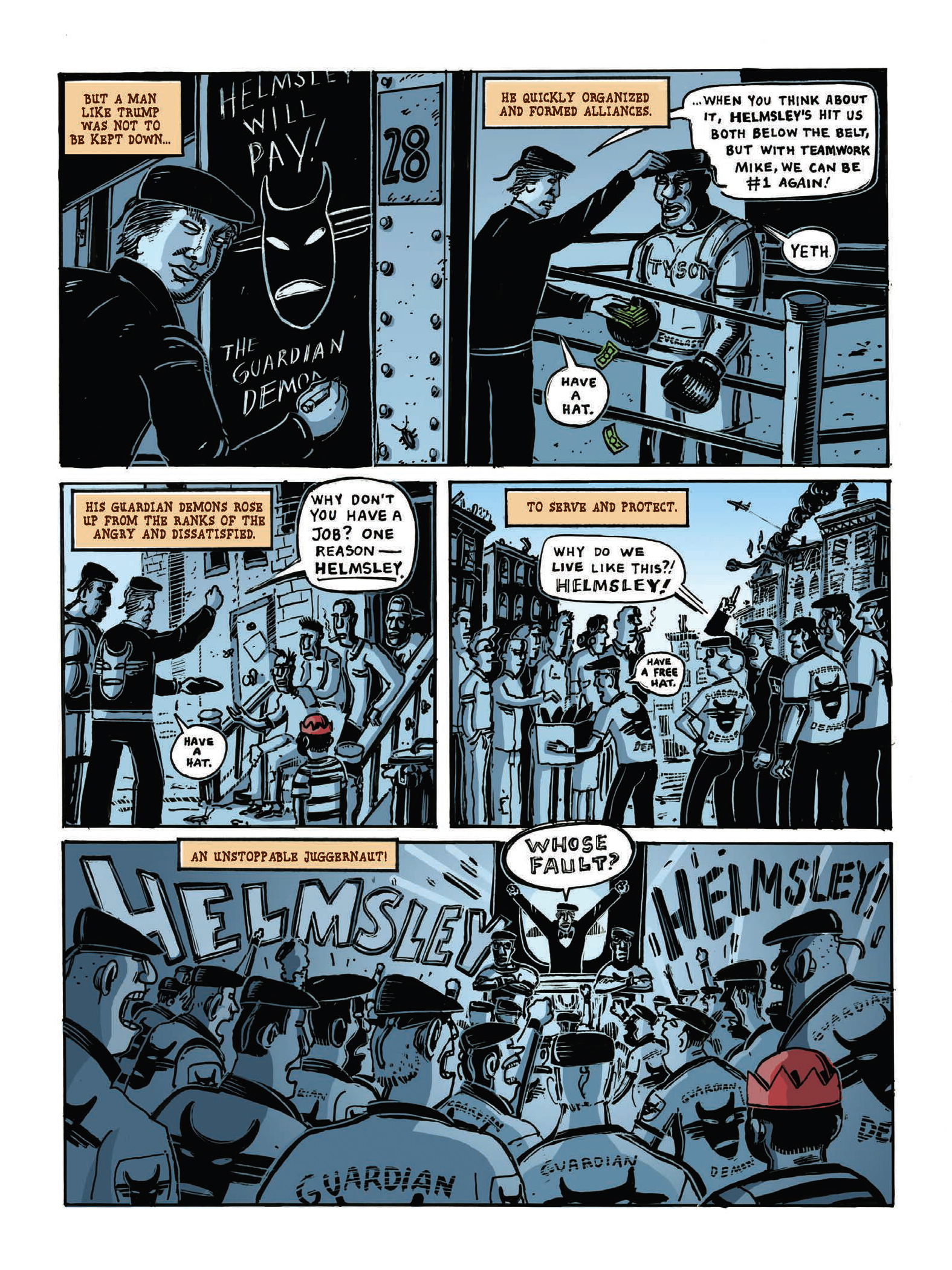 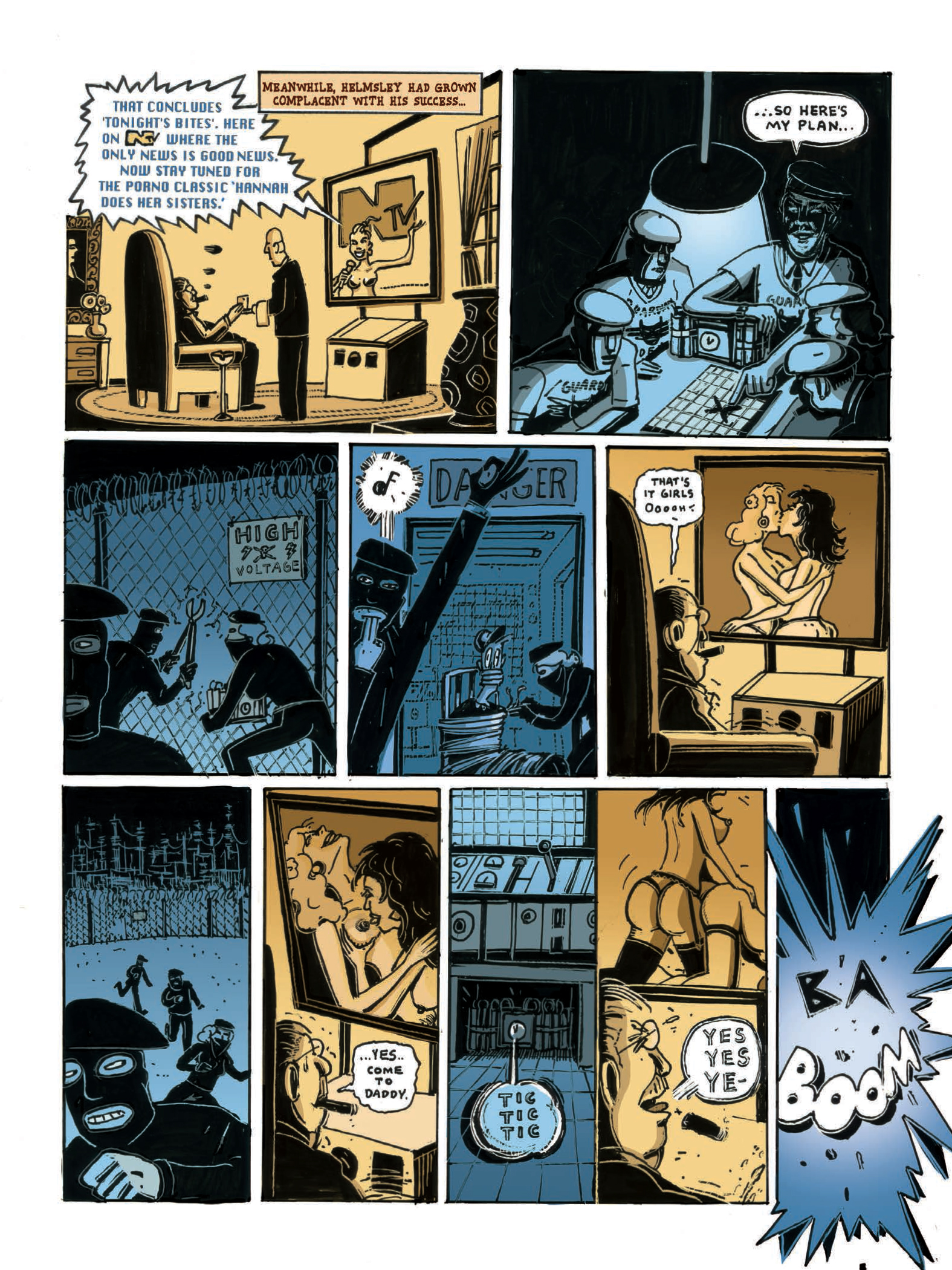 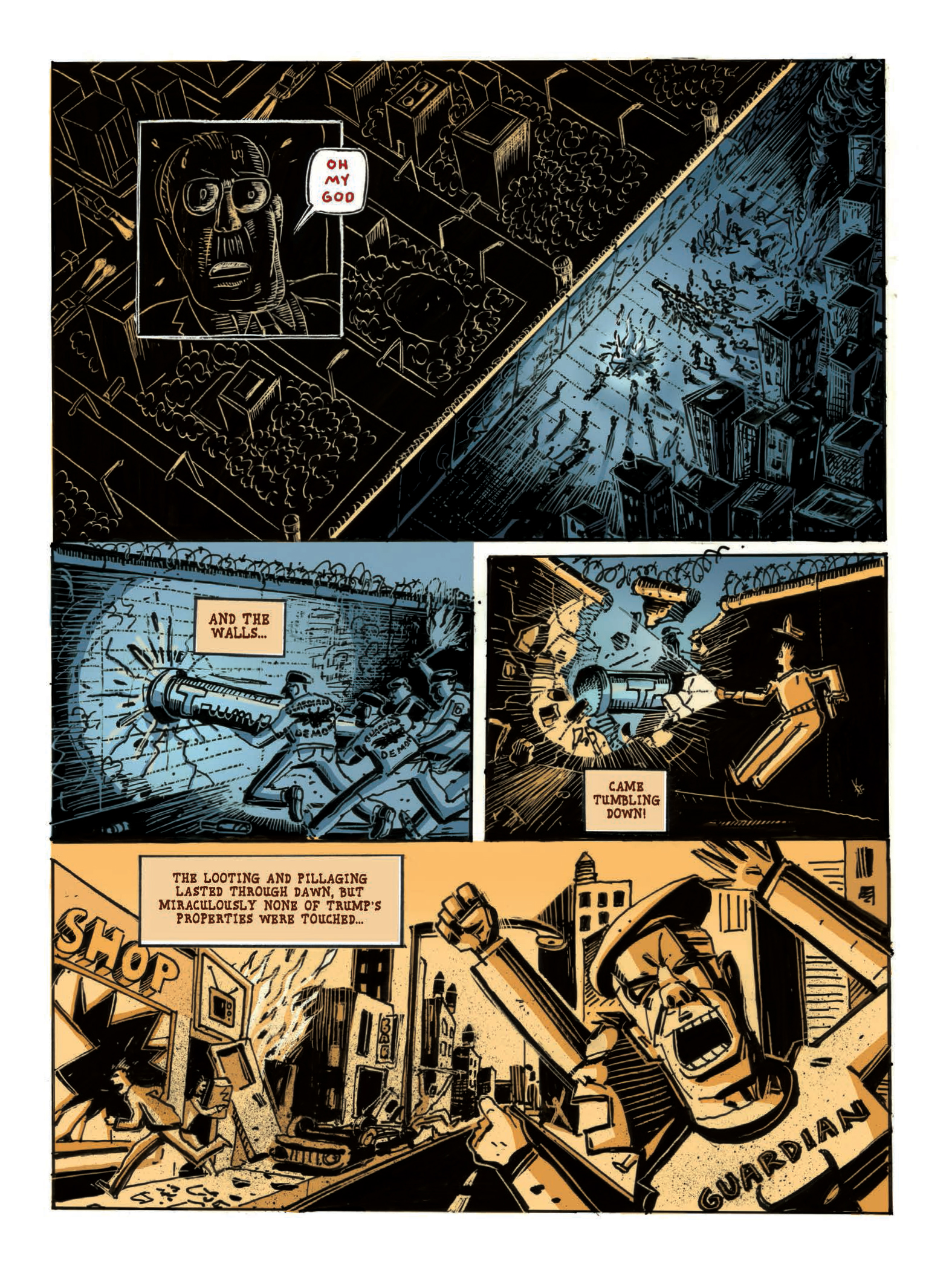 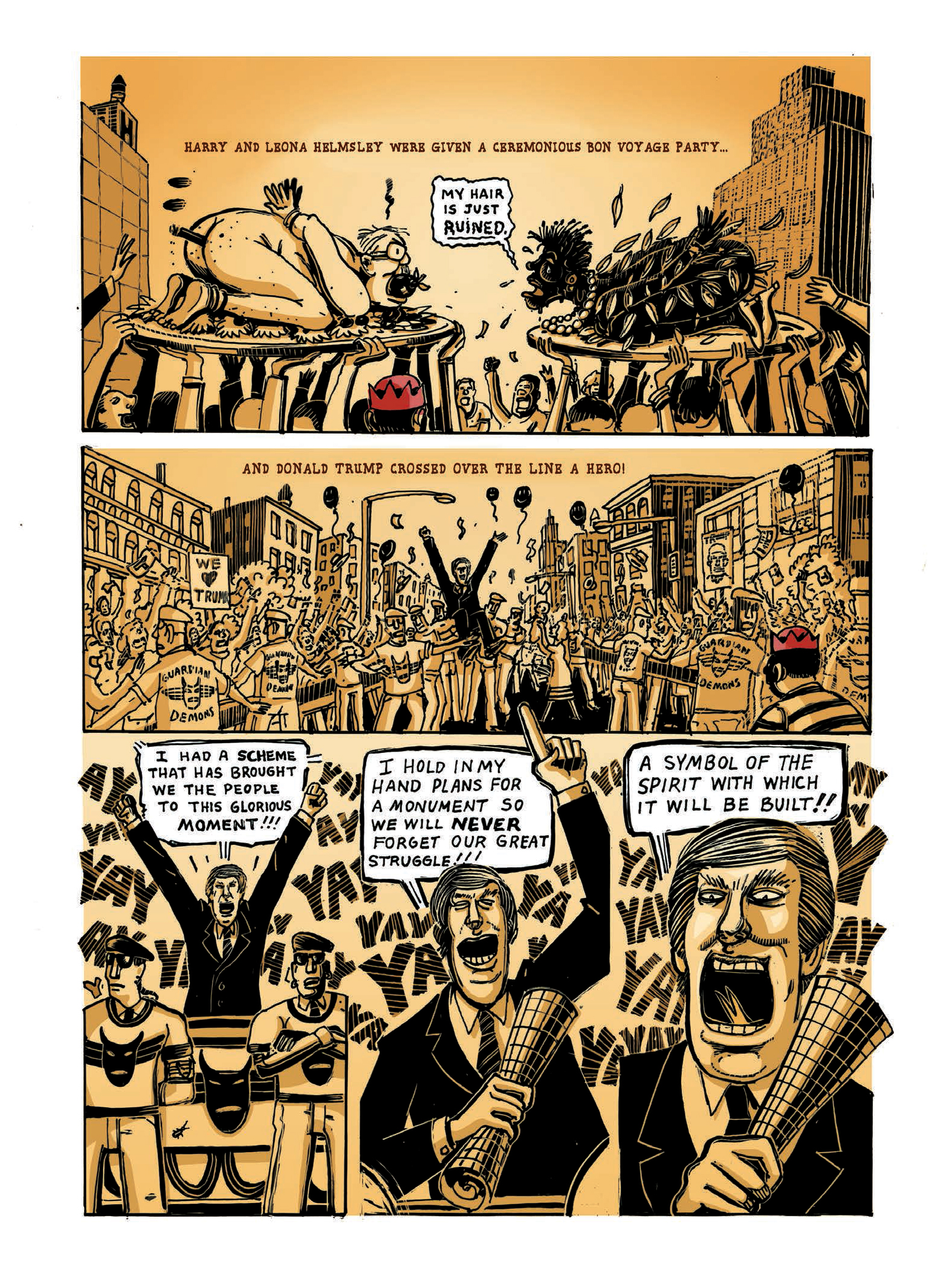 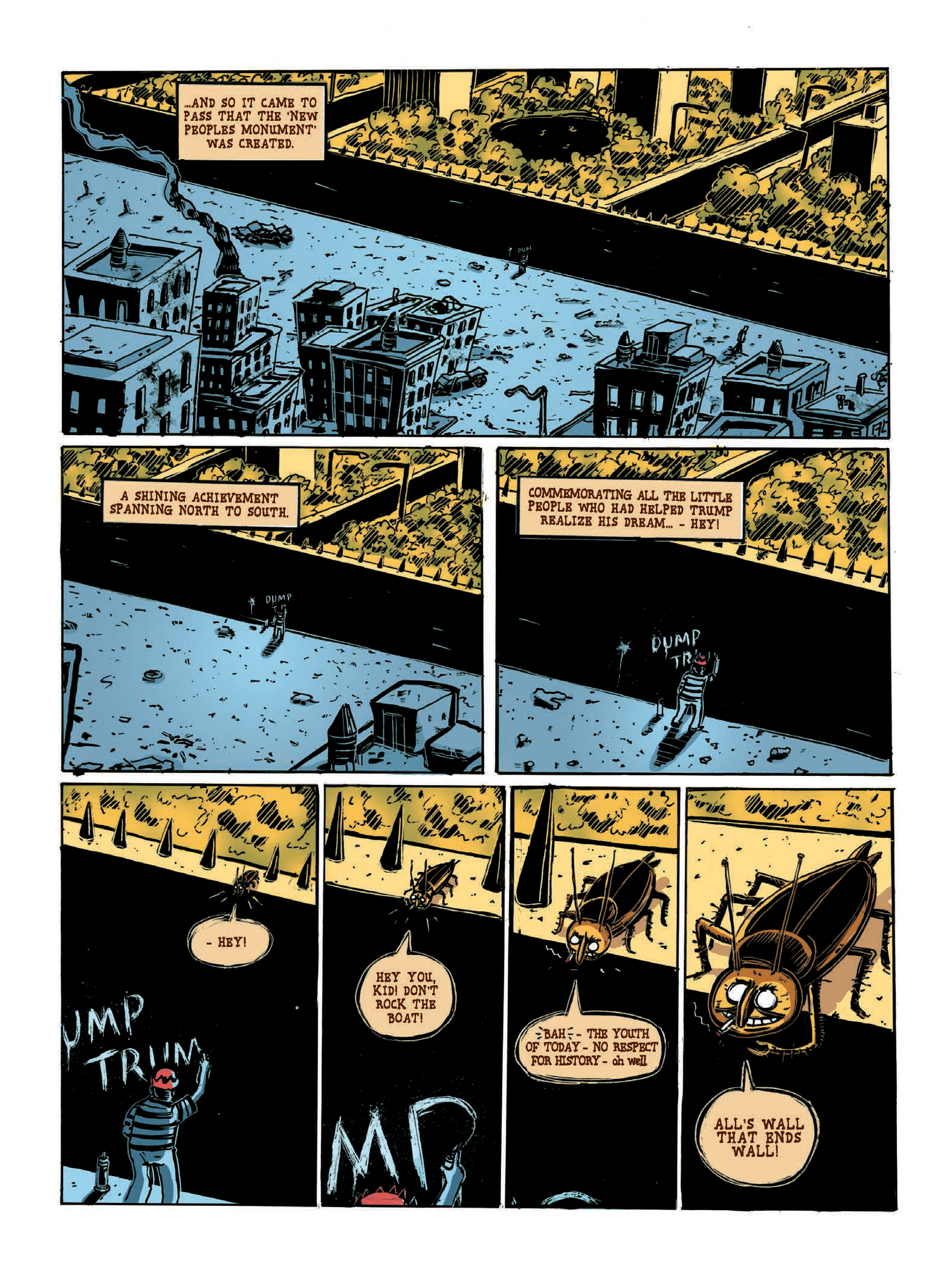