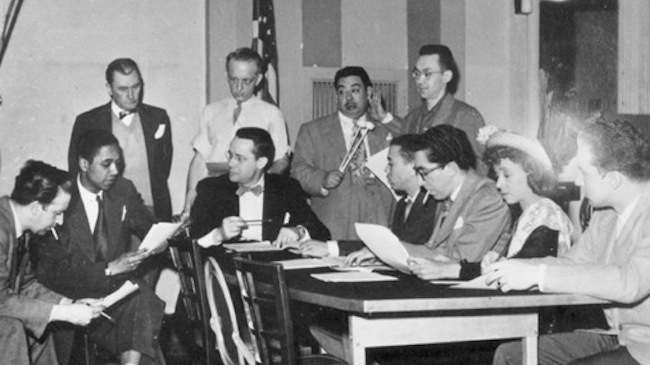 DESTINATION Freedom  was a politically driven half-hour radio drama that gave a voice to African Americans. The blacks were portrayed on TV and radio as one dimensional dullards, slackers, idiots, criminals and simpletons with no history. This radio series would show America’s tens of millions of black people the blacks they recognised. Storytelling would do more than any number of lectures to show the real face of America’s underclass.

Destination Freedom began in 1948, and ran for two years. African American dramatist Richard Durham wrote all 91 episodes. His characters were rounded. They were “rebellious, biting, scornful, angry, and cocky, as the occasion calls for”.

Photo: The cast of Destination Freedom at a rehearsal, 1949.

Two episodes stand out are:

The human heart has a voice. It speaks for all hearts. This is masterful writing: 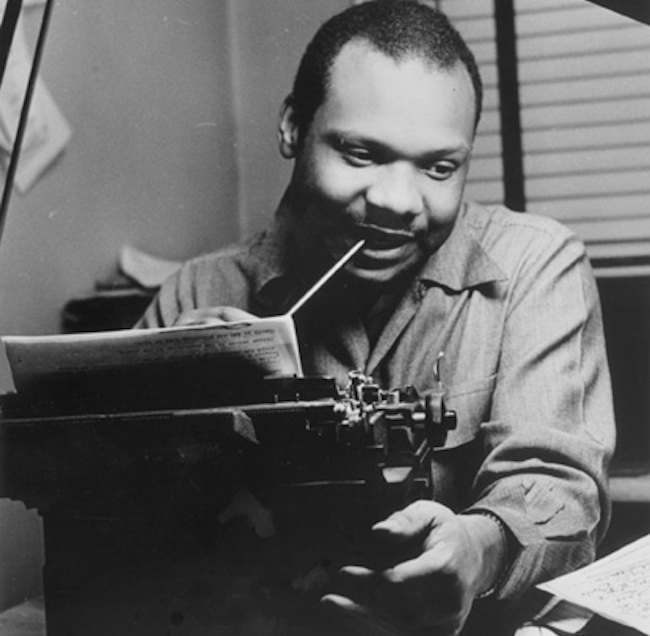