“Every night there was a different group at CBGB – it became like a second home” –  Bettie Ringma.

New York club CBGB was where such lustrous acts as The Ramones, Blondie, Talking Heads, The Planets, Living Colour, The Voidoids, Devo, Misfits, Television, Patti Smith Group, New York Dolls, The Dead Boys, The Dictators, The Cramps, and Joan Jett came to hang out and be inspired. For a few years CBGB was the epicenter of the rock ‘n’ roll world.

Bettie Ringma was there when it happened. We’ve seen her work before on Flashbak. Partnered with fellow conceptual artist Marc H. Miller, the duo documented Amsterdam nightlife through Polaroids in 1979 and 1980, achieving their aim of “focusing on human psychology and incorporating the actions of people”, inviting us to look at faces around us in a creative and original narrative. 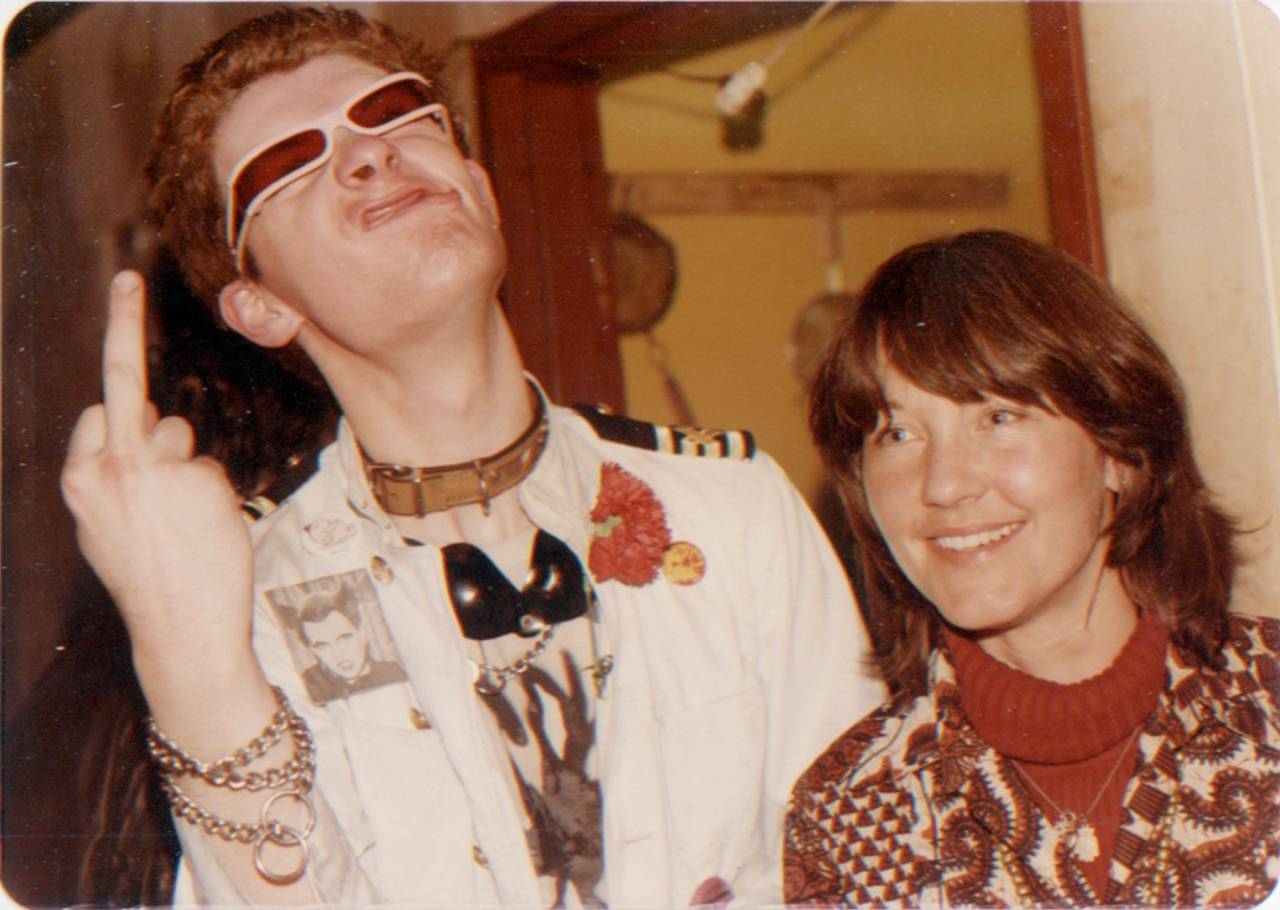 “He was hilarious, very playful. Kind of the opposite of David Byrne, of Patti Smith. He was very physical and vivacious. We only saw them once, because they came from the UK so they were on a visit.”

Former singer Hilly Kristal opened his club at 315 Bowery in 1973. CBGB was an acronym, standing for Country, Bluegrass, Blues. But punk was the hit. In Legs McNeil and Gillian McCain’s oral history of punk Please Kill Me, Hilly wanted to know what kinda music Television played. They answered with a question (via):

He said, “Country, Bluegrass, Blues and Other Music for Uplifting Gourmandizers.” 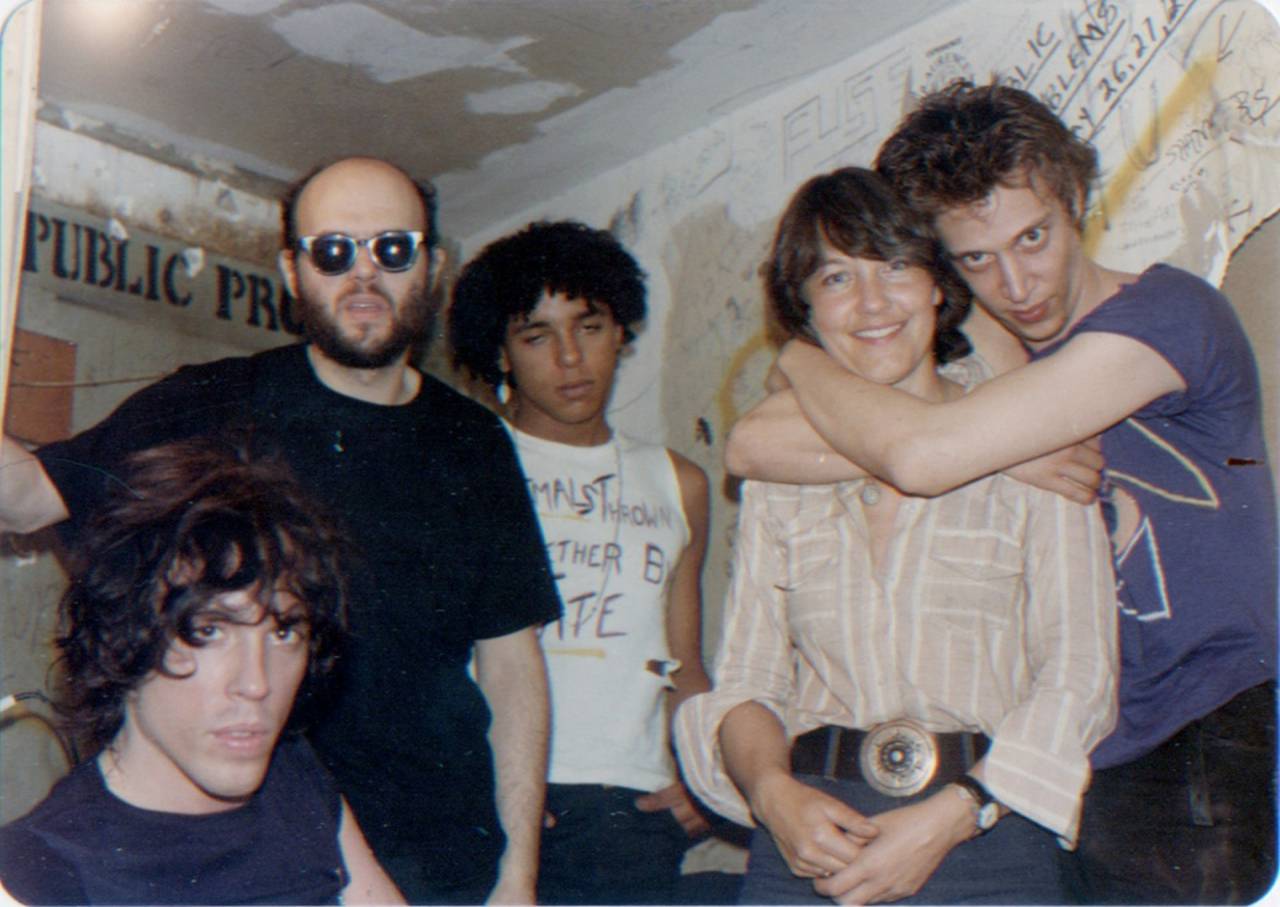 “Richard Hell still lives in the neighbourhood here. He was the frontman and the singer, and the others were the musicians. This is often what you see with these groups: he was a very jovial guy, the other two were kind of going along with the photo, standing there sheepishly. Group dynamics are fascinating.” 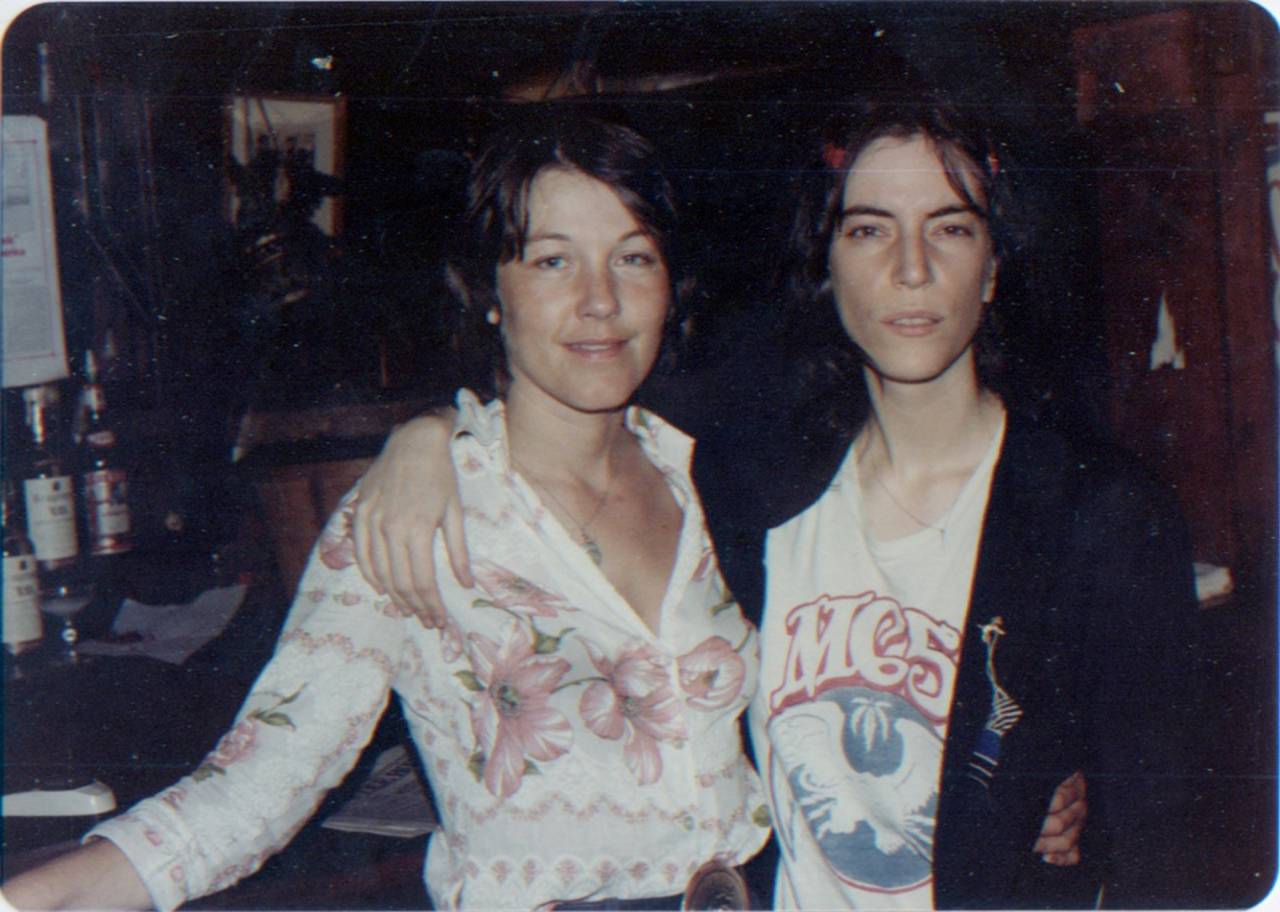 “Patti Smith was hanging around at the bar, but no one was taking pictures of her because she was super-shy. She posed with me and then just went away: some musicians are like that, they’re not into socialising. They’re just artists.”

Our first photograph of Bettie with the movers and shakers at CBGB was taken during our very first visit to the club in late 1976. Standing alone by the bar was one of Bettie’s favorite performers, the poet-rocker Patti Smith. At home at CBGB and a wee bit tipsy, Patti was more than happy to oblige our request for a picture with Bettie. Soon we were CBGB regulars, checking out the different bands and slowly adding to our collection of pictures. Although the buzz about CBGB was growing, the place was still a neighborhood bar where future rock legends were just as likely to be hanging out and drinking by the pinball machine as performing on stage. In addition to the musicians, there were music writers, fashion designers, commercial photographers, as well as a small group of artists like us who were part of the Soho and Tribeca art scene. As our “Paparazzi Self-Portraits” morphed into “Bettie Visits CBGB,” we saw our photographs as a reflection of the new aesthetic emerging at CBGB, a contradictory mix of high and low culture energized by fun and humor, the lure of fame and fortune, and a cynical appreciation of the power of a good hype. 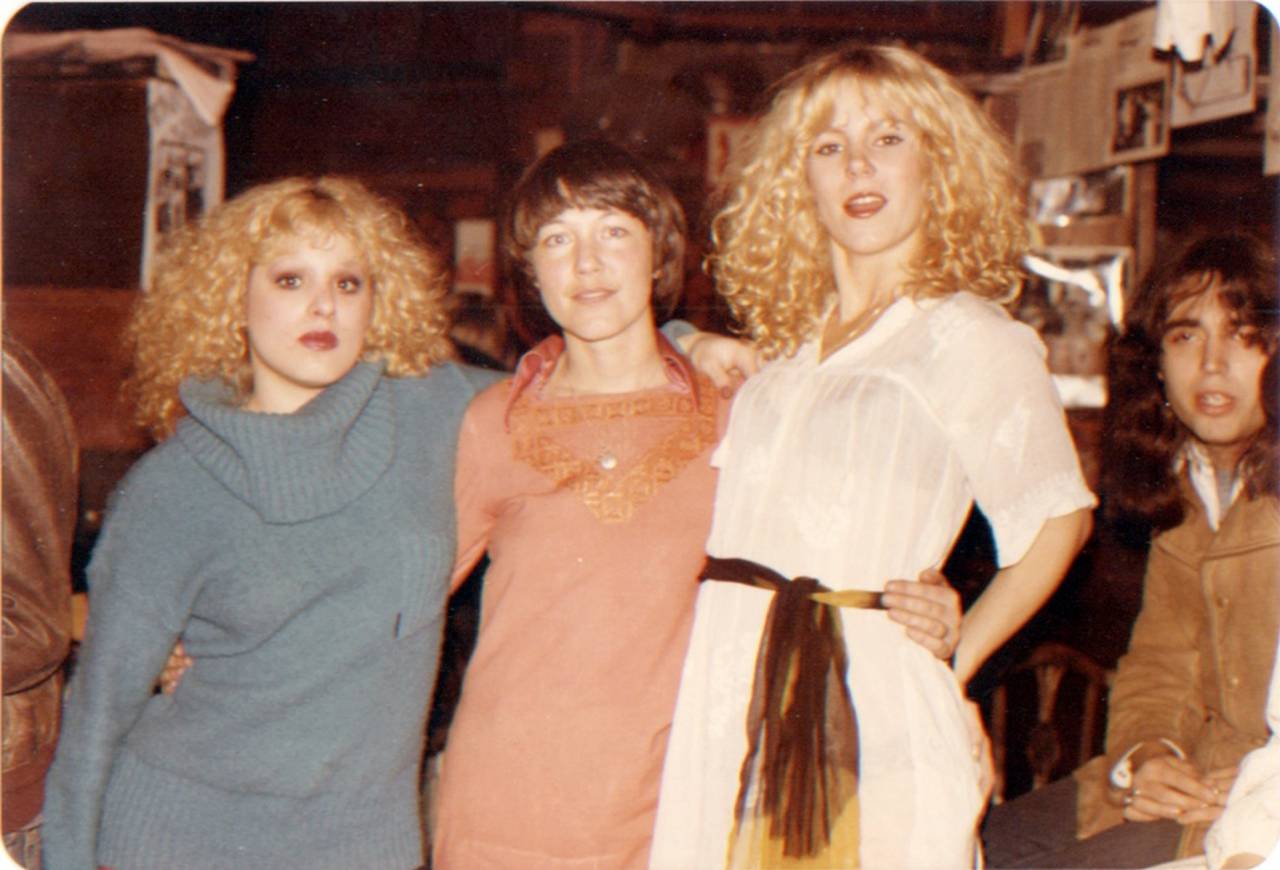 “I saw these two girls and they looked totally out of place there. It was a totally funky place, with everything tattered and run-down. And here were these dressed-up, long-haired girls. I said to Marc, these are not musicians, but let’s just take a picture with them. And then later Nancy Spungen became Sid Vicious’s girlfriend, and you know what happened there. Sad story.” 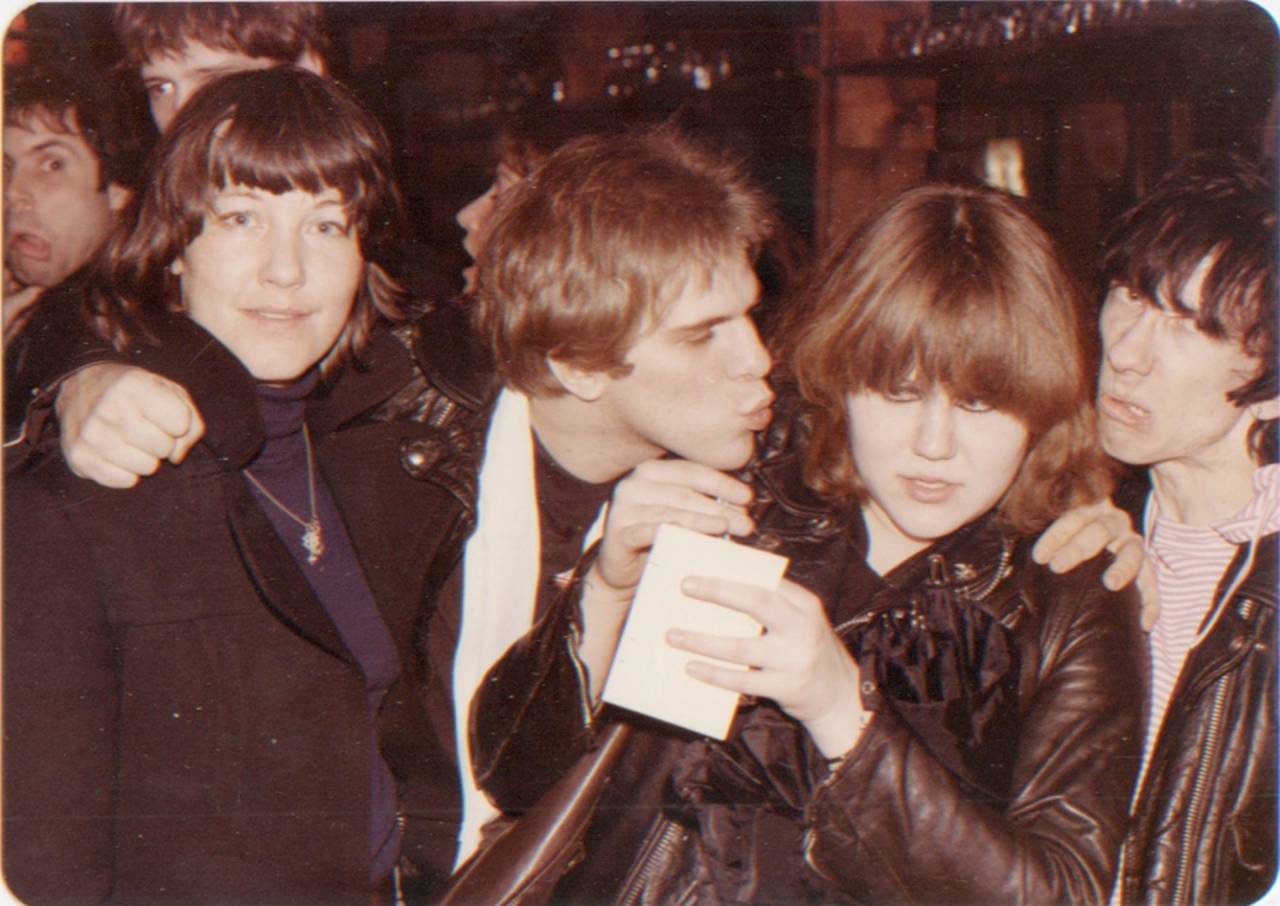 “Frankly, when I look at the picture I can’t really remember that moment, some of them just went like that. Most of the time I didn’t really have a big exchange with the bands, it was just a picture and goodbye.” 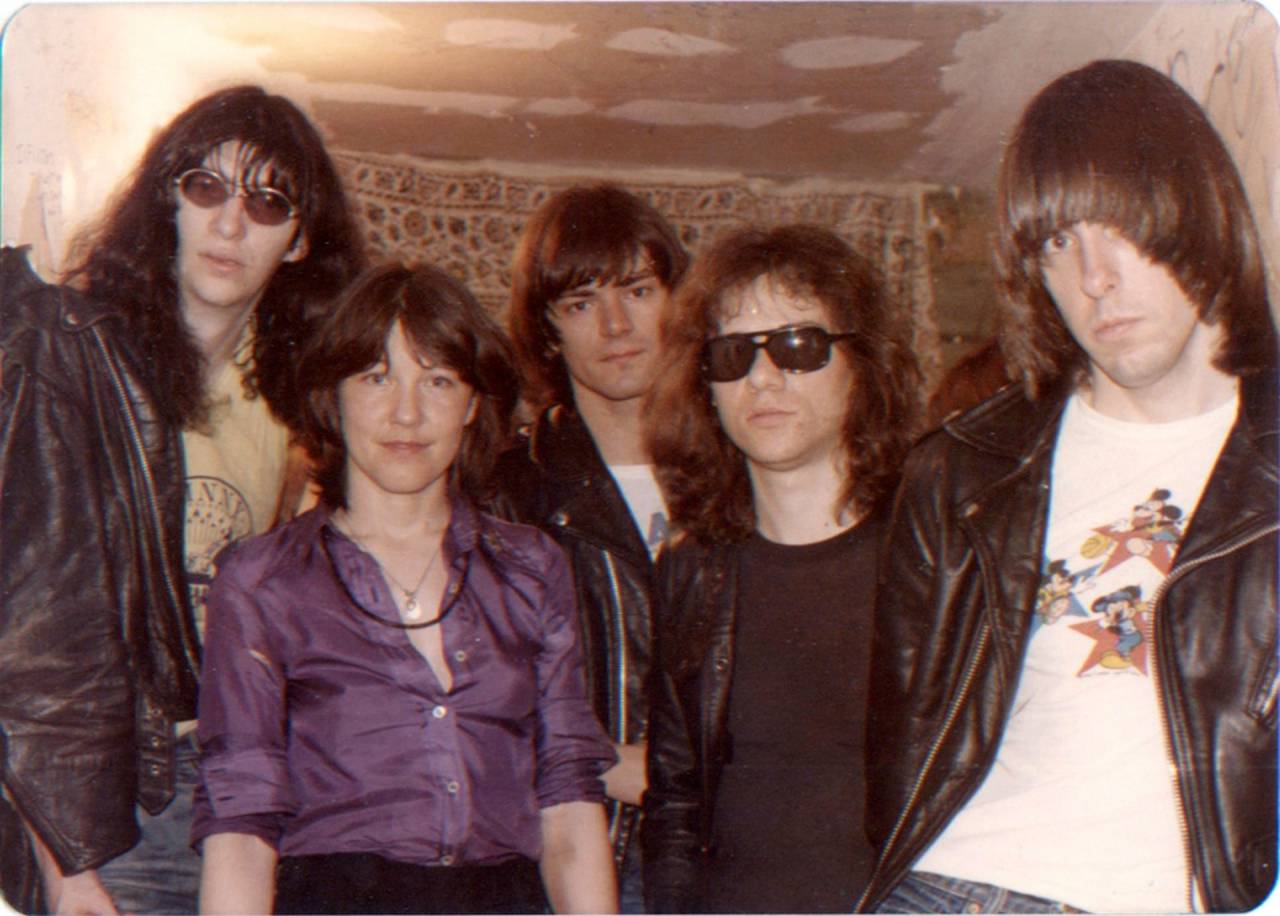 “I just love the Ramones. When their music starts I can’t sit still, I just have to start hopping and dancing, and I’m 71 now. We saw them live about 10 times: we would go out of our way to see them perform.” 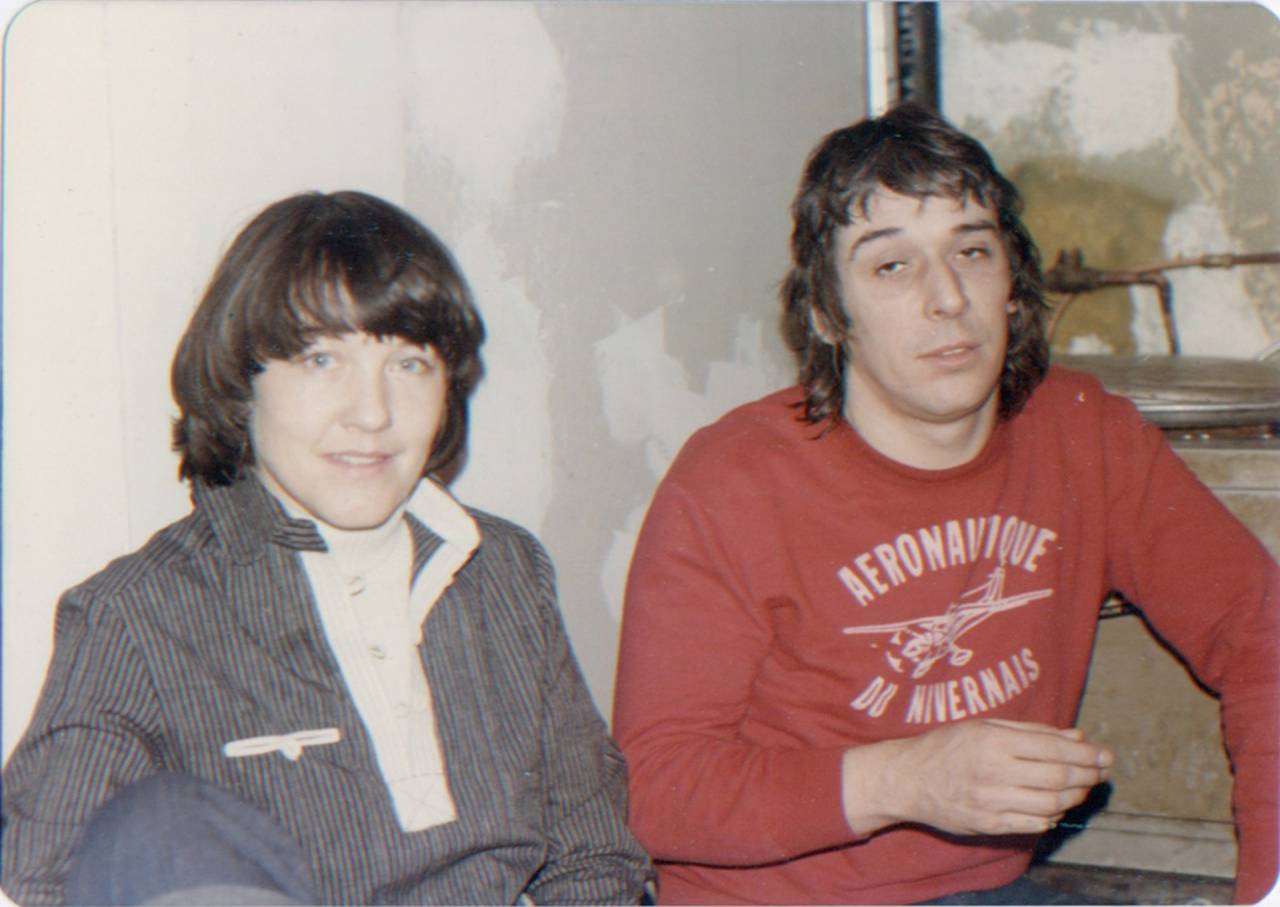 “He was doing a totally different kind of music to the other bands: he was most similar to the Talking Heads, you could have a conversation with him. Some musicians just make music and that’s it, they’re not really much into conversation.” 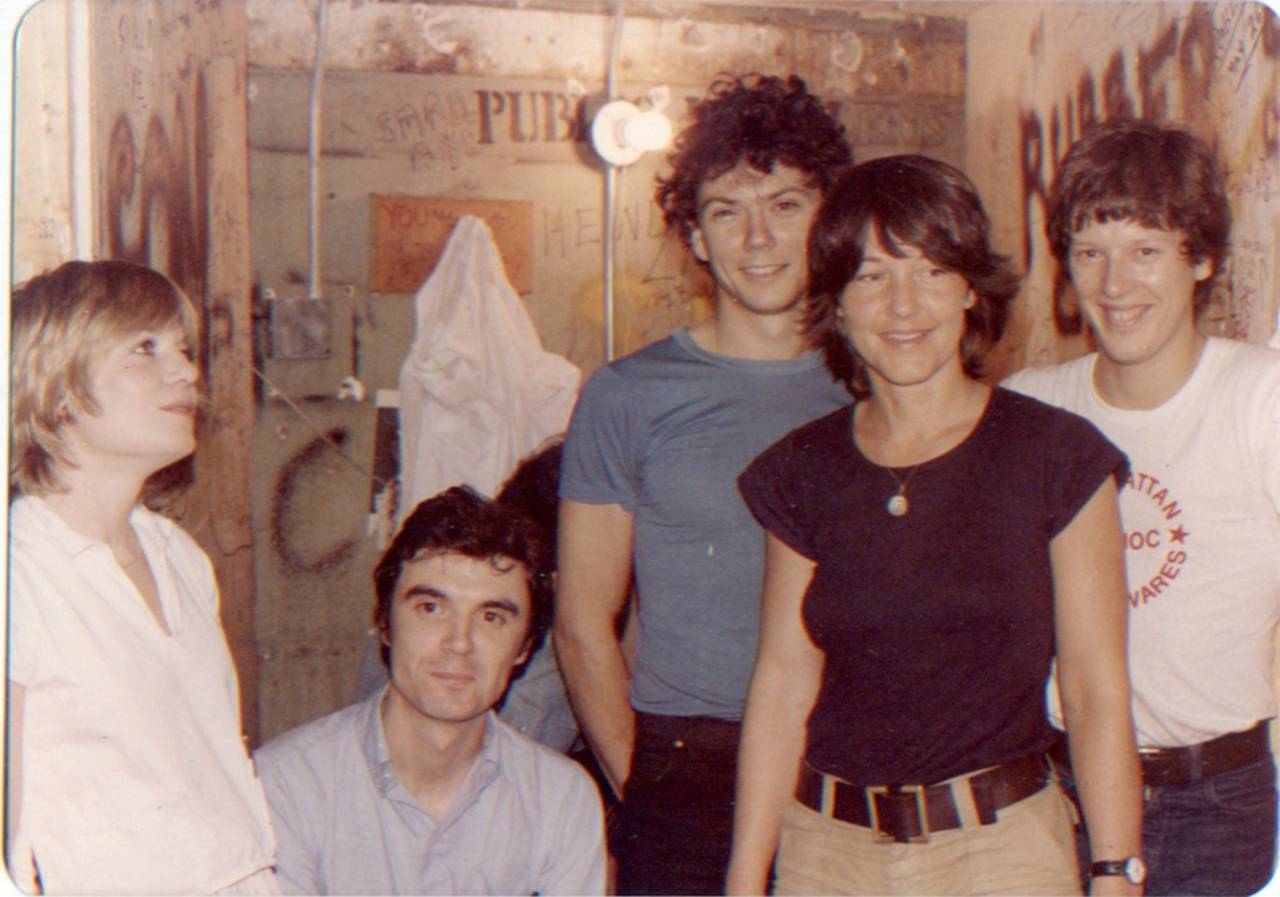 “They were a very different group of people: they came from a visual arts background, and I think they were also a little bit more intellectual compared to the others. I had a nice little chat with Tina Weymouth, the bassist. I thought it was pretty cool that a woman was the bass guitarist.” 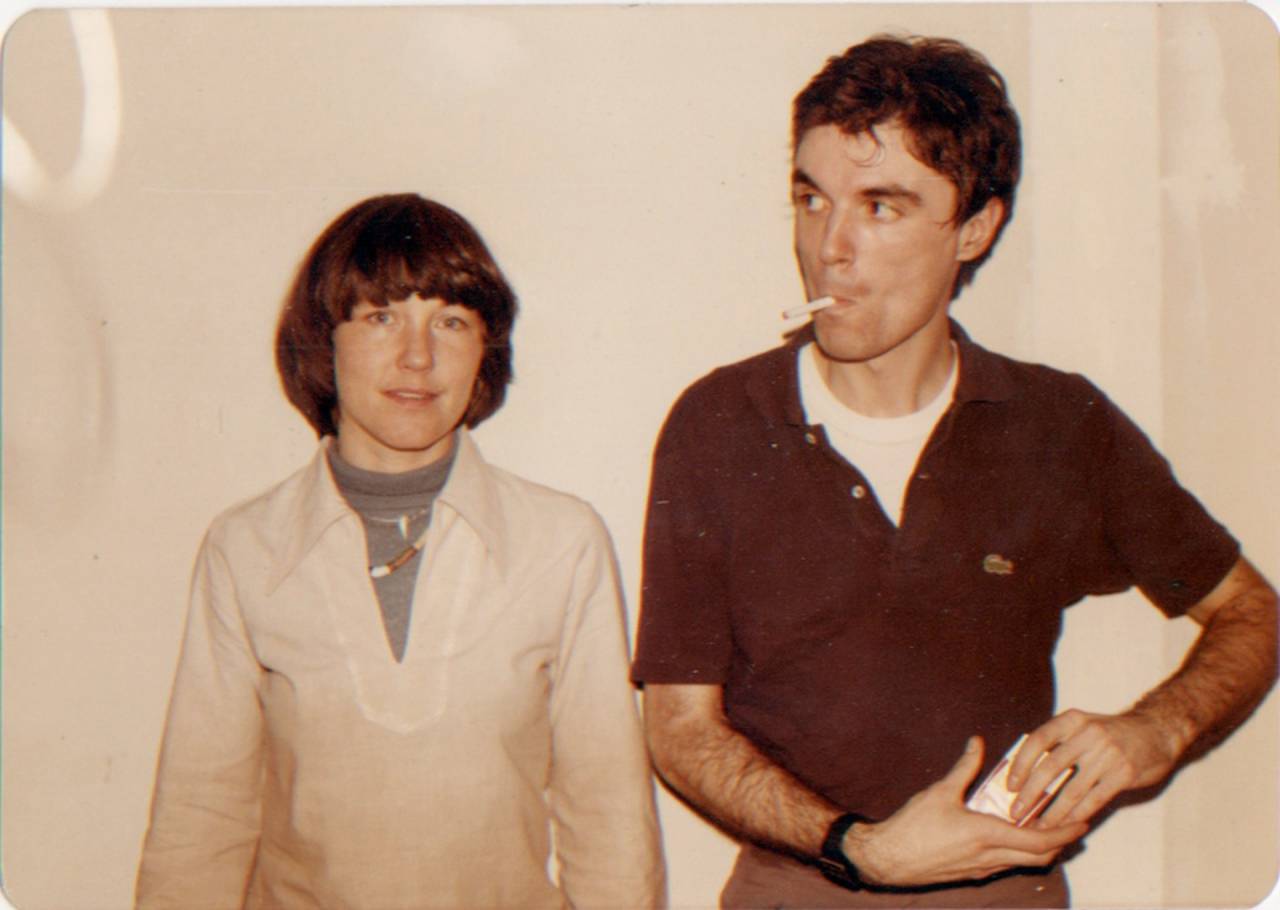 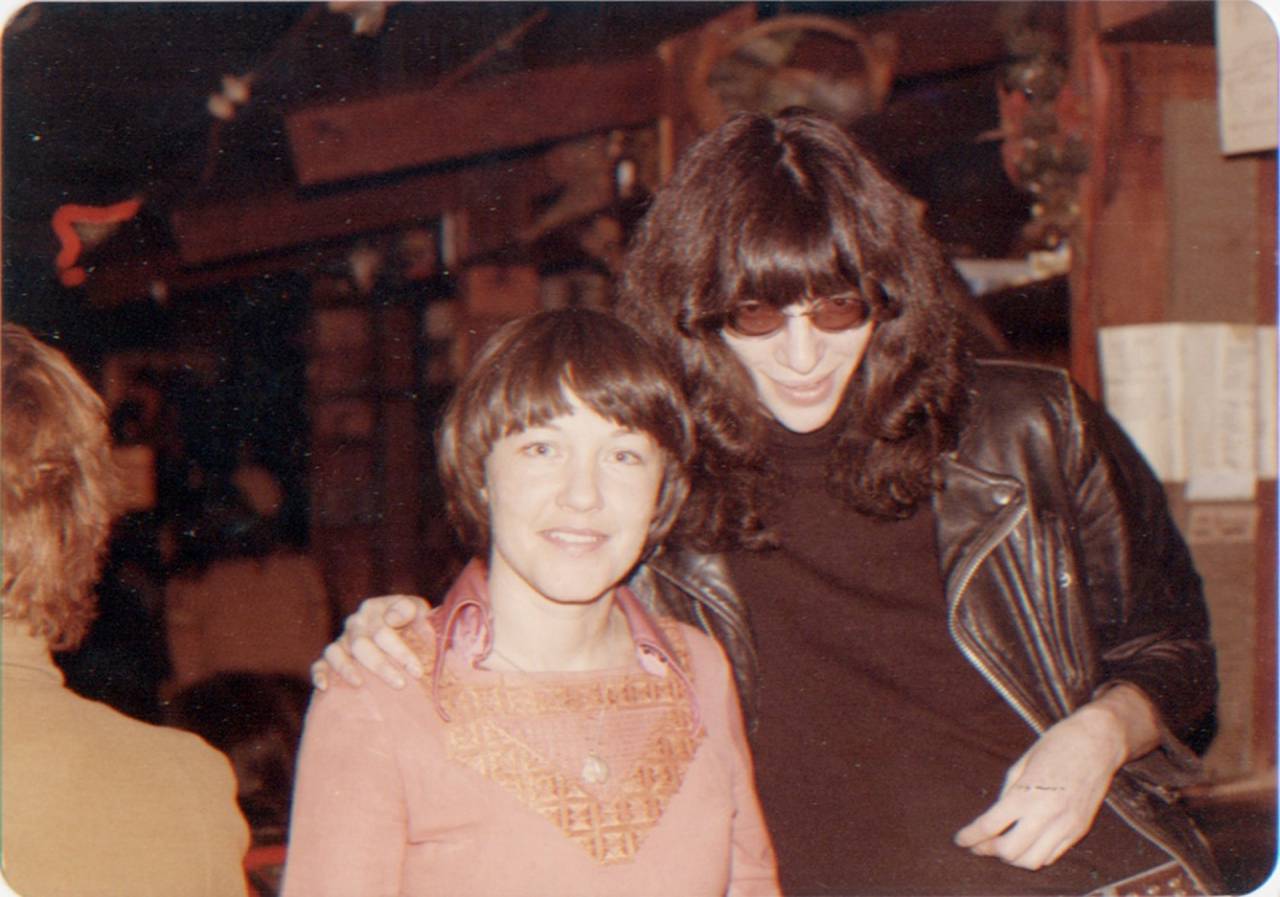 “Joey Ramone was really a sweetie pie. At one point we had an exhibit of our photographs, and we made a whole board of pictures of Joey Ramone and me, which we’d sell for $1. Joey came and signed a whole bunch of those photos.” 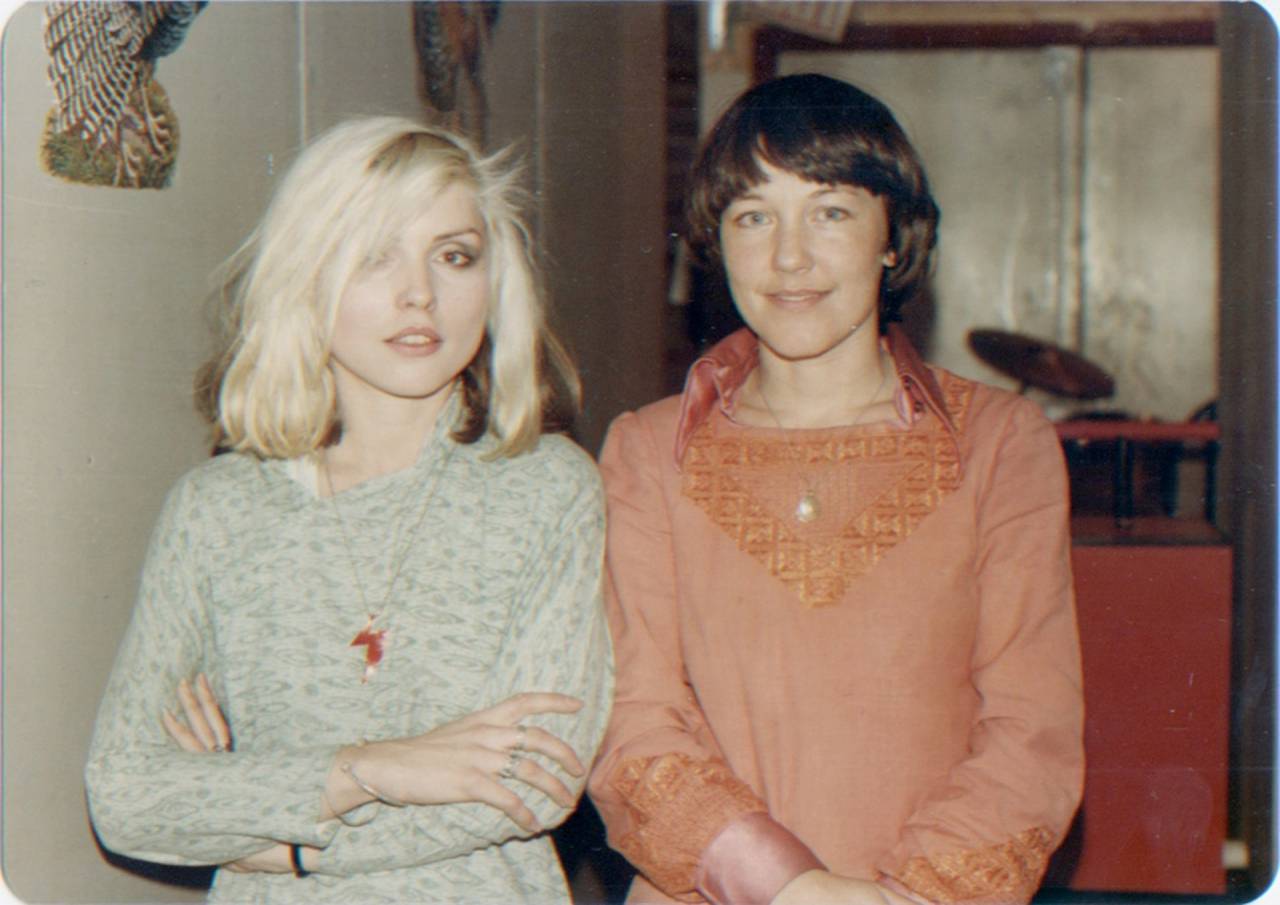 “Debbie Harry is a really great singer. She had a very different style from what was emerging there at that time. She was not shy, but she was very aloof: you can see that in the picture, hiding half her face behind her hair. It wasn’t something she needed, because she was very pretty, she was the frontwoman. But it gave her safety.” 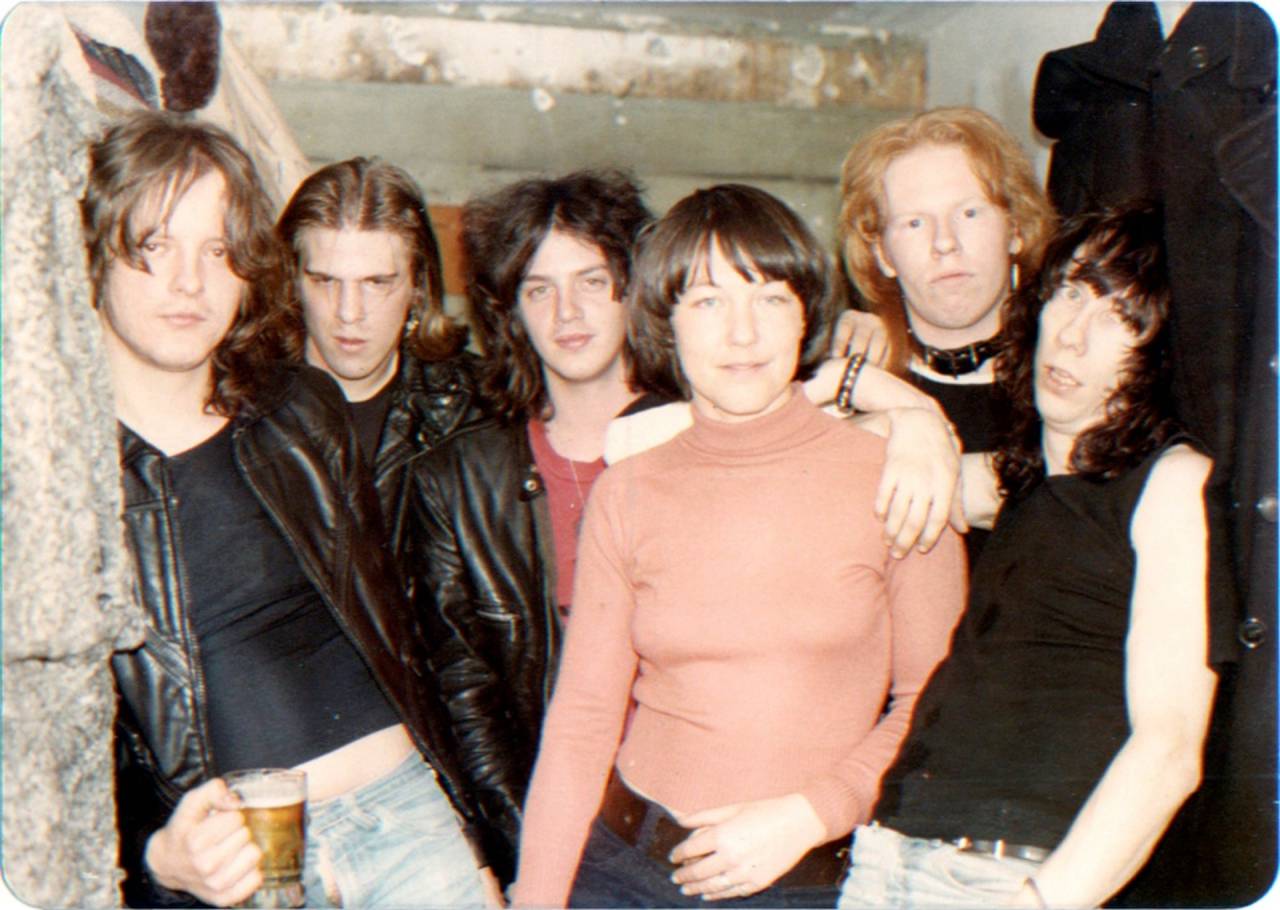 “They were a lot of fun – they were totally un-dead. Many of the bands were from the suburbs, so organising the car and the instruments was a big thing. They were super-happy and excited to get it all together and then perform and get paid a few dollars.”