In 1943, Marjory Collins took these photographs of the camouflage class at New York University. Men and women preparing for jobs in the Army learn to make models from aerial photographs, re-photograph them, then work out a camouflage scheme and make a final photograph. 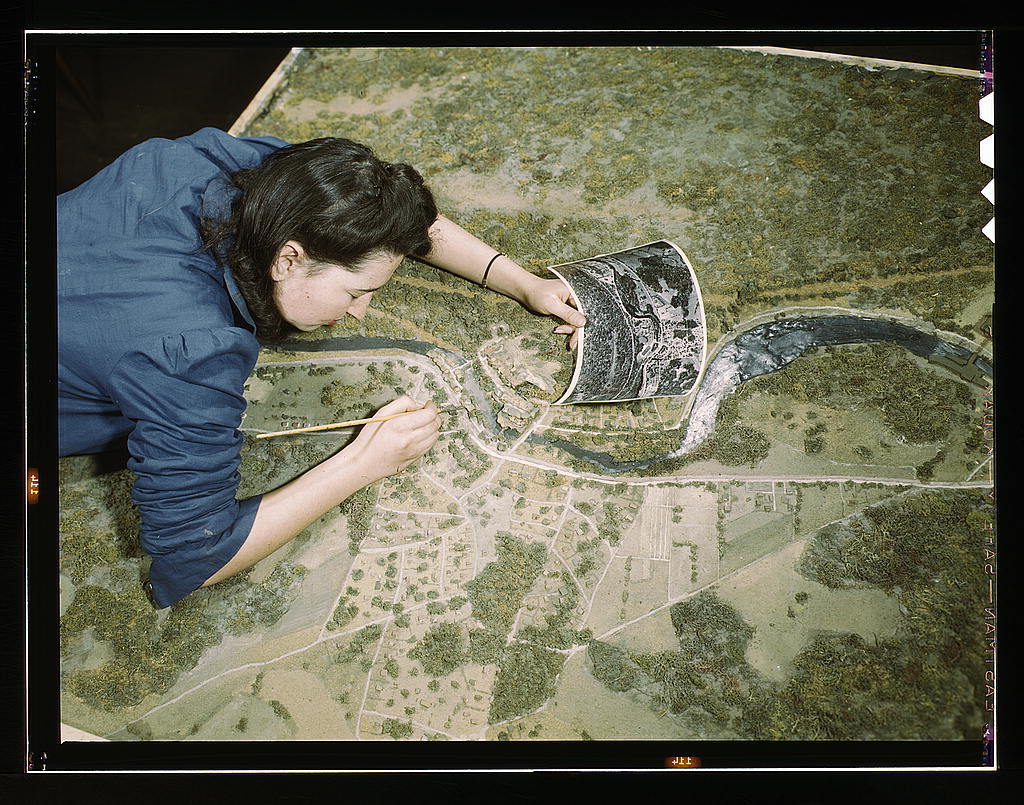 New York, New York. Architect taking a night course in camouflage at New York University in order to find a good spot for his talents in the United States Army or in industry. The class is taught by having the students make models from photographs, camouflage them and rephotograph them 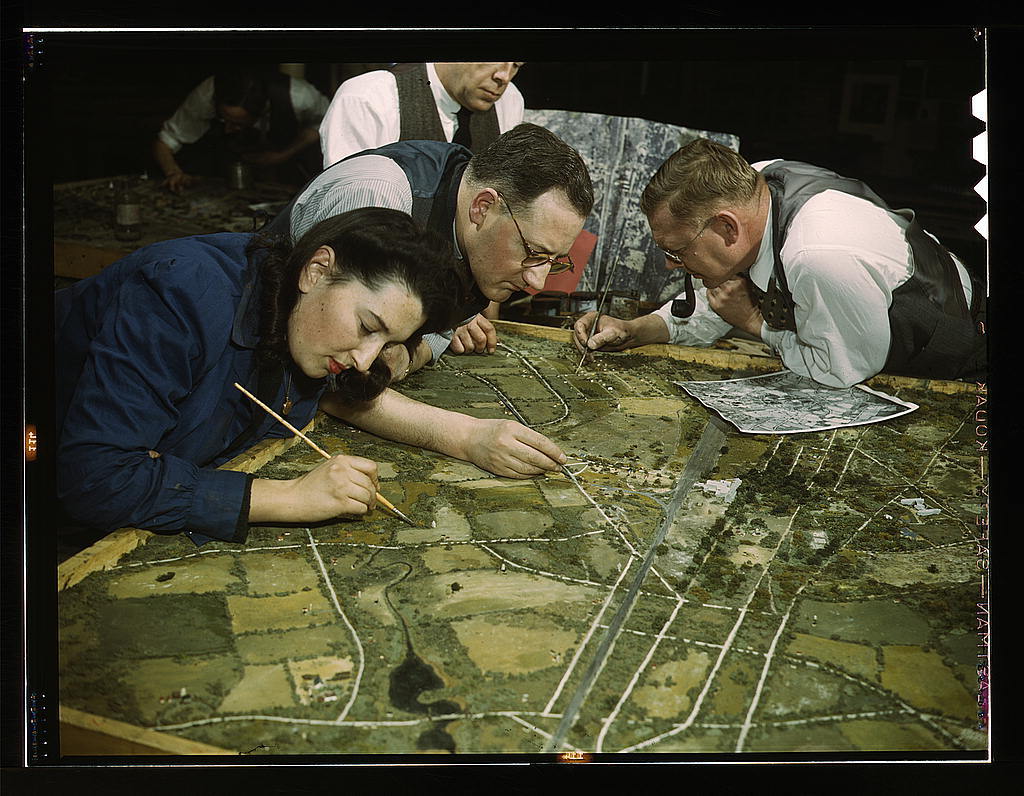