During the 19th century Billingsgate market, situated in the south-east corner of the City of London, was the largest fish market in the world. Originally just a general market by the riverside a 1699 Act of Parliament made Billingsgate ‘a free and open market for all sorts of fish whatsoever’. 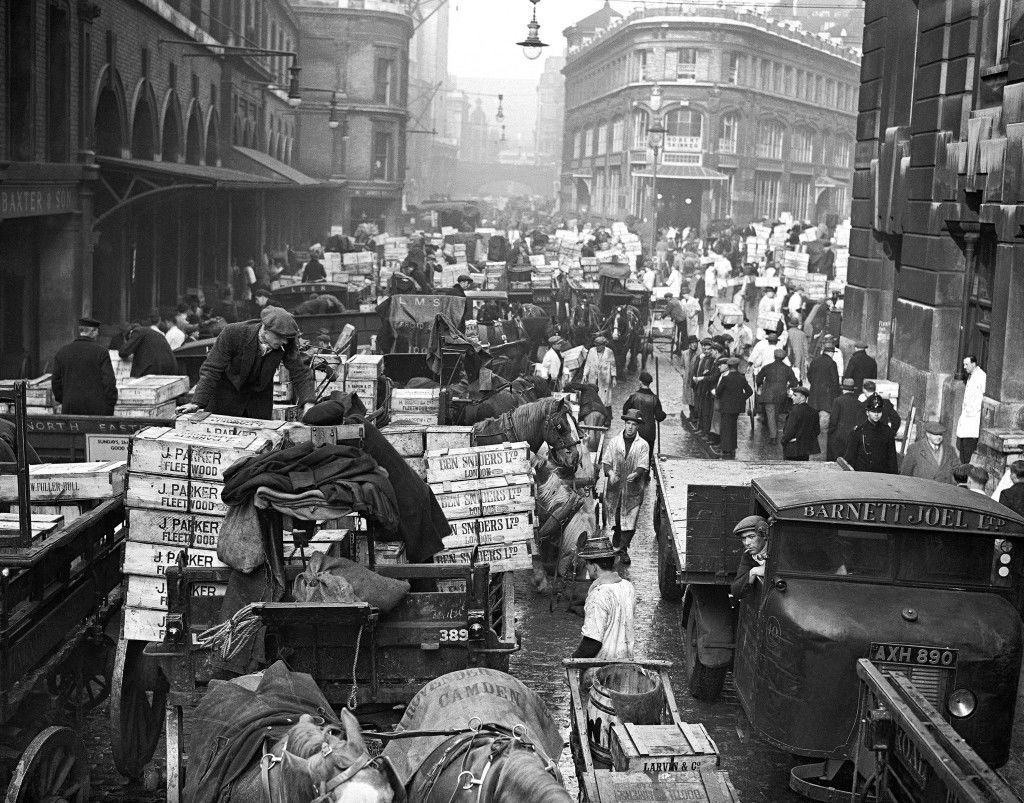 The last-minute rush to supply the London area with its fish for Good Friday caused this busy scene in Billingsgate, London on March 25, 1937. (AP Photo)

Billingsgate market, which had long been seen as rather anachronistic while it was situated in the City of London, ceased trading in 1982. It was reallocated to the Isle of Dogs where it still continued to be run by the City of London Corporation and for which they pay an annual ground rent made up of “the gift of one fish”. The writer George Orwell worked for a short while at Billingsgate in the 1930s as did the the Kray Twins, for about six months, when they were fifteen. It was the longest job they ever had. 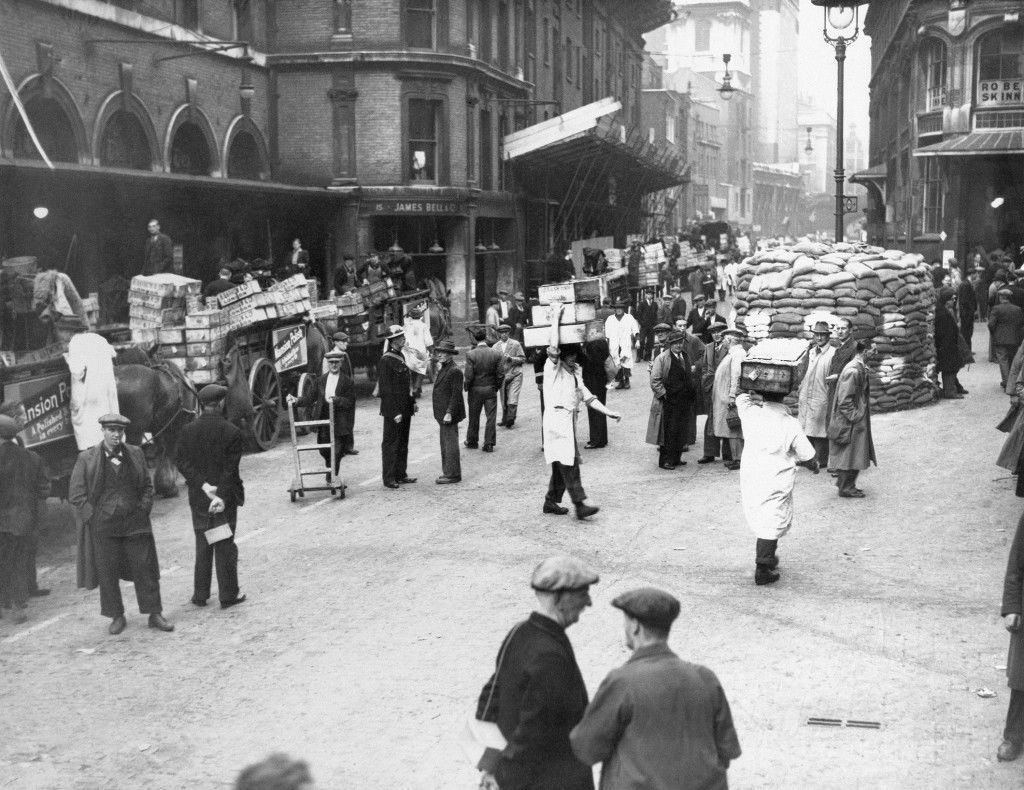 Billingsgate, oddly quiet lately, was its cheerful and noisy self. The market re-opened at 7-30 till 12 noon, until further notice. This decision means the end of the Governments luck-less emergency scheme for distribution of fish. A general view of scene in Billingsgate Market Sept. 25, 1939. (AP Photo) 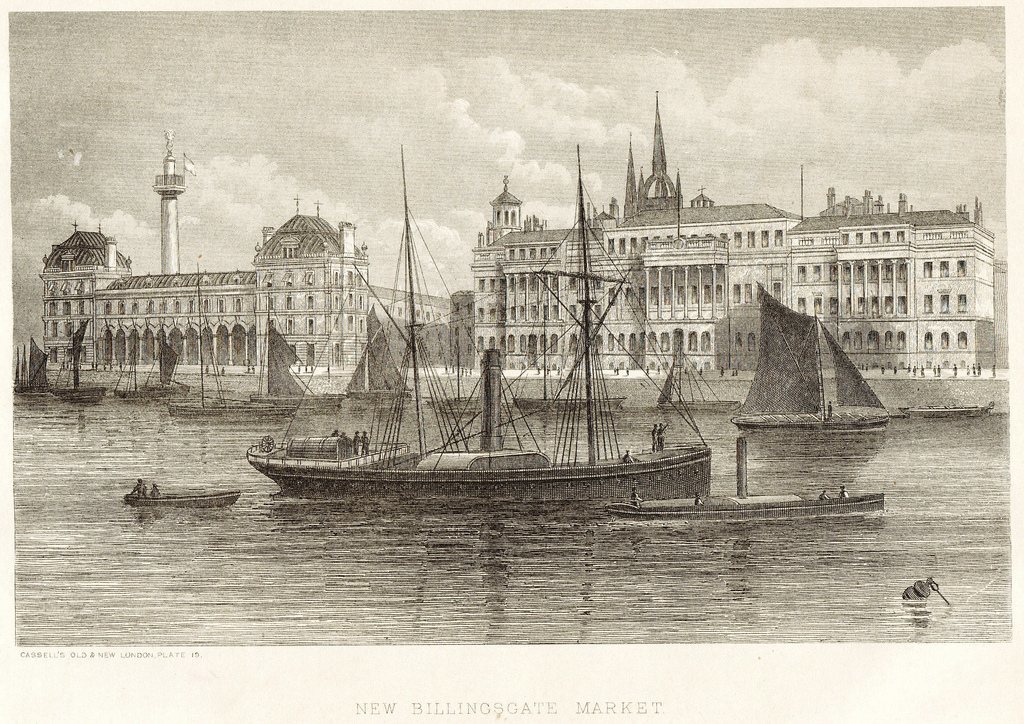 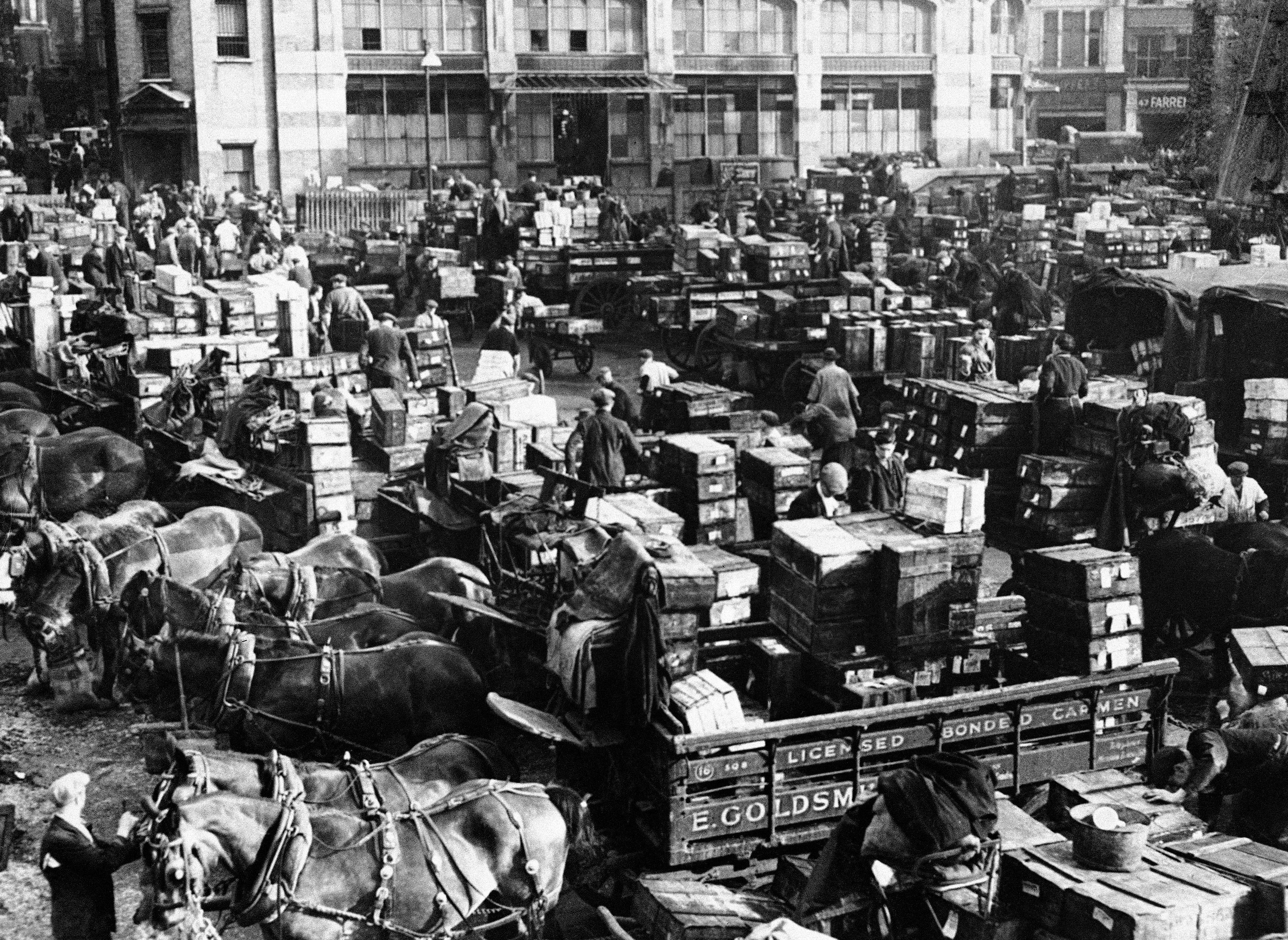 Although there is still a shortage of fish Billingsgate, the largest fish market in London, is getting busier. This is the result of more trawlers being released from service with the Royal Navy and the clearing of mines from the North Sea. For the first time in six years there travelers are not coming into East Coast ports loaded with fish which are being distributed to the home markets. A scene at Billingsgate fish market in London on Oct. 11, 1945, showing the boxes of fish being loaded onto the waiting house-drawn carts to be distributed to the various London shops. (AP Photo) 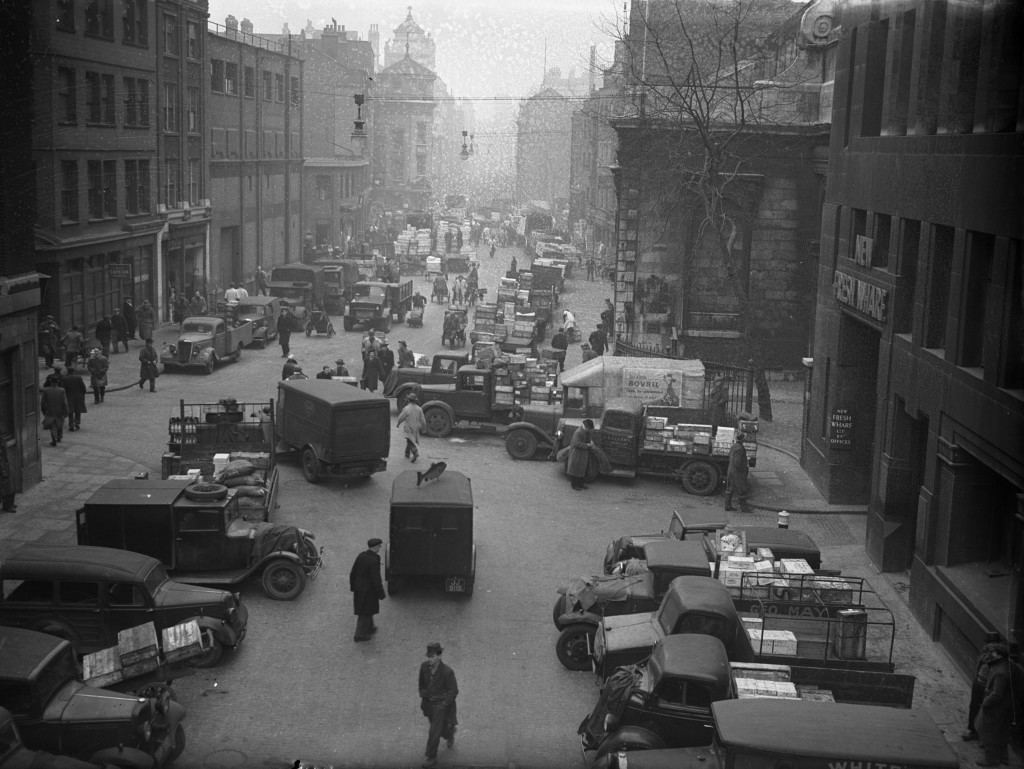 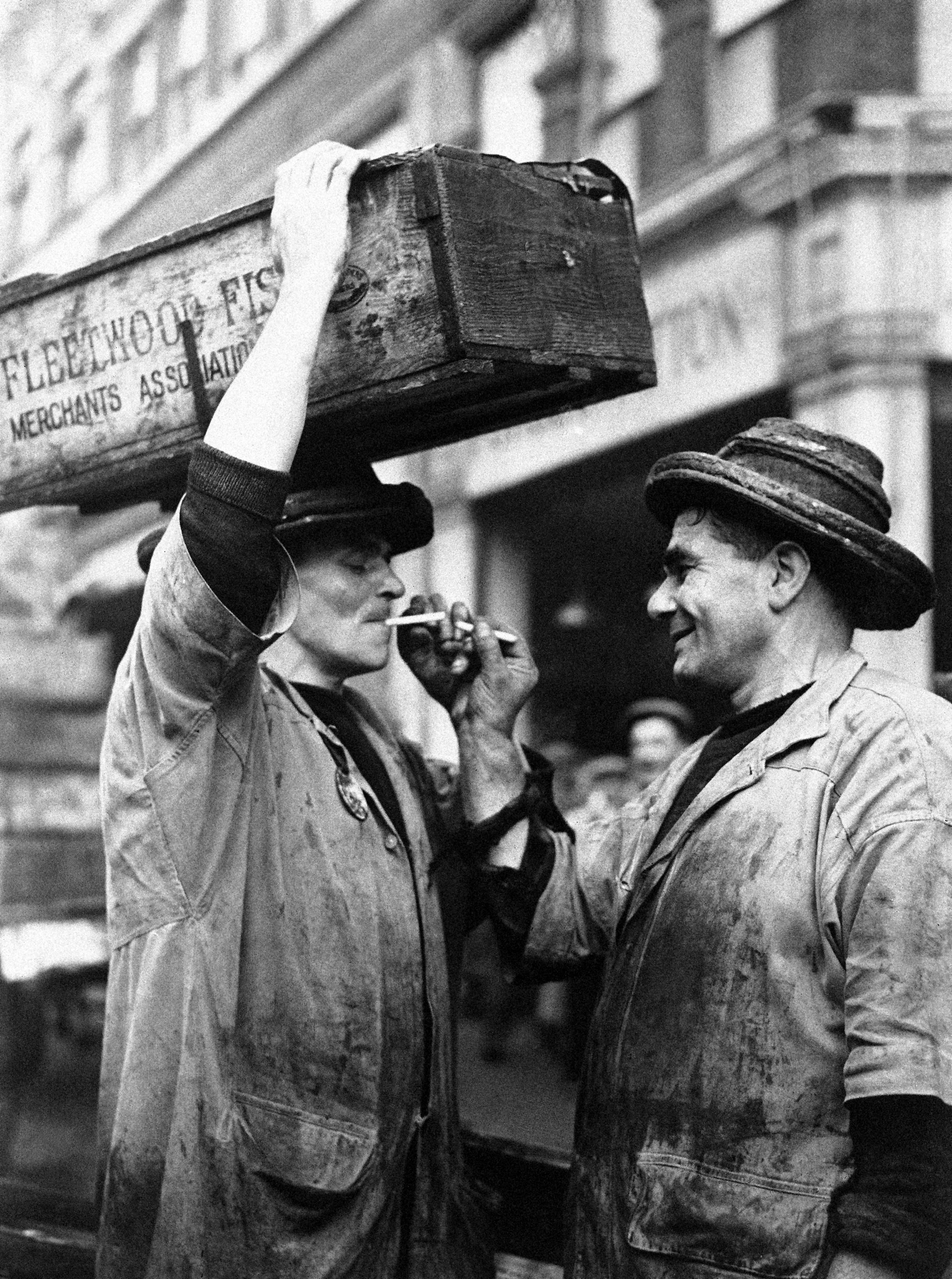 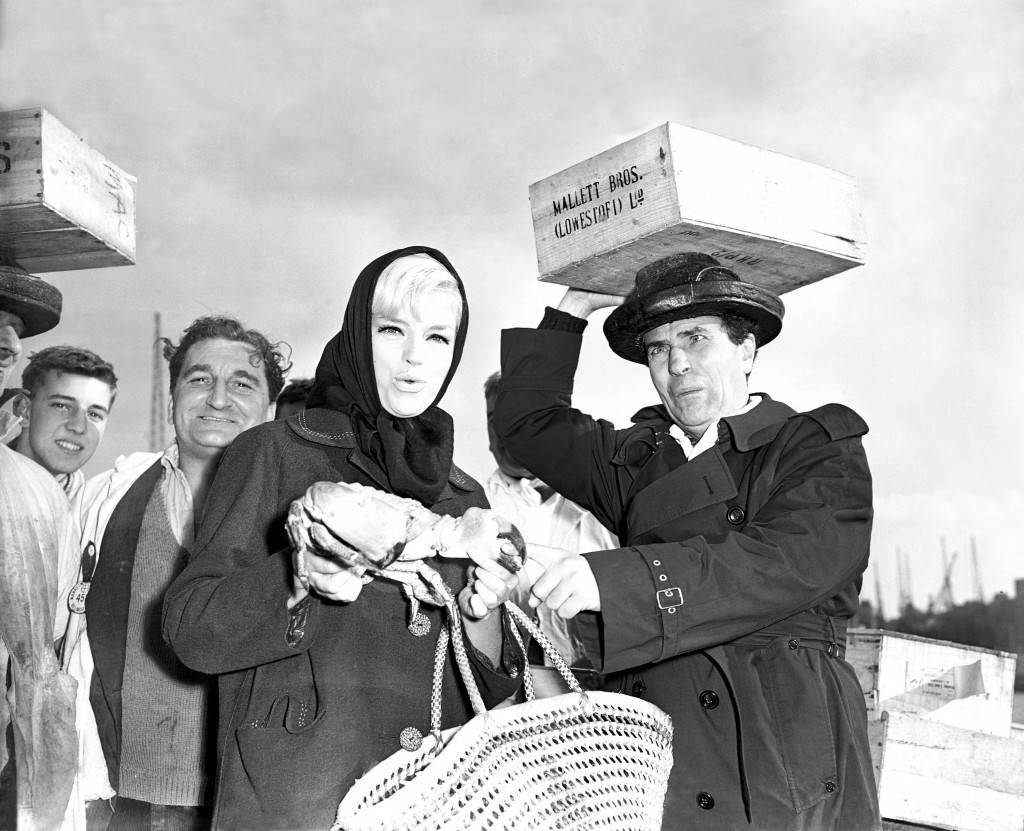 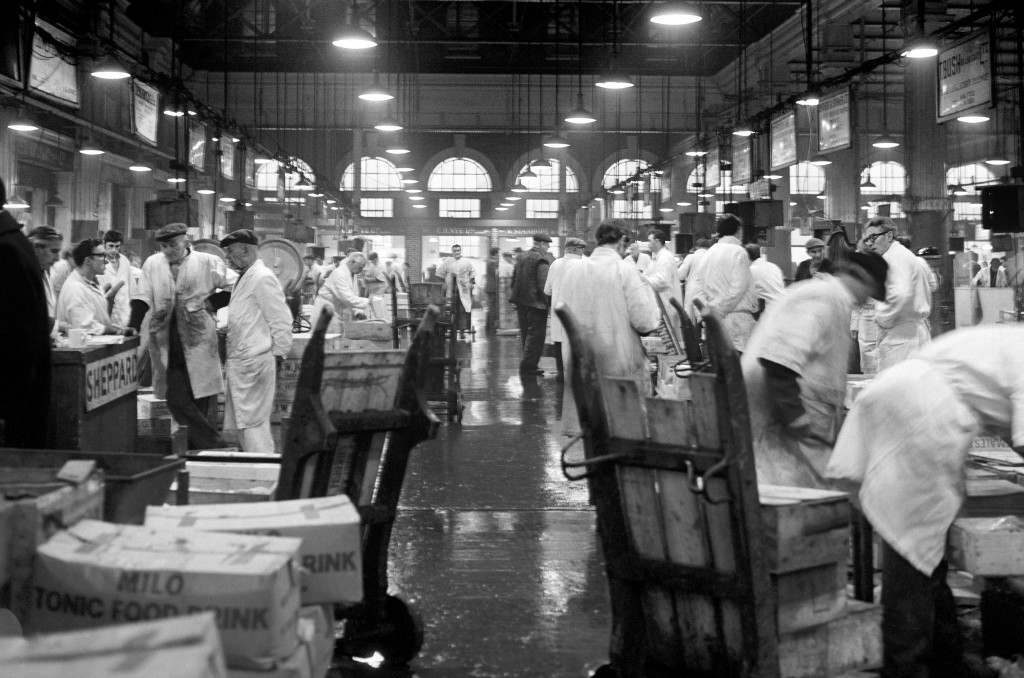 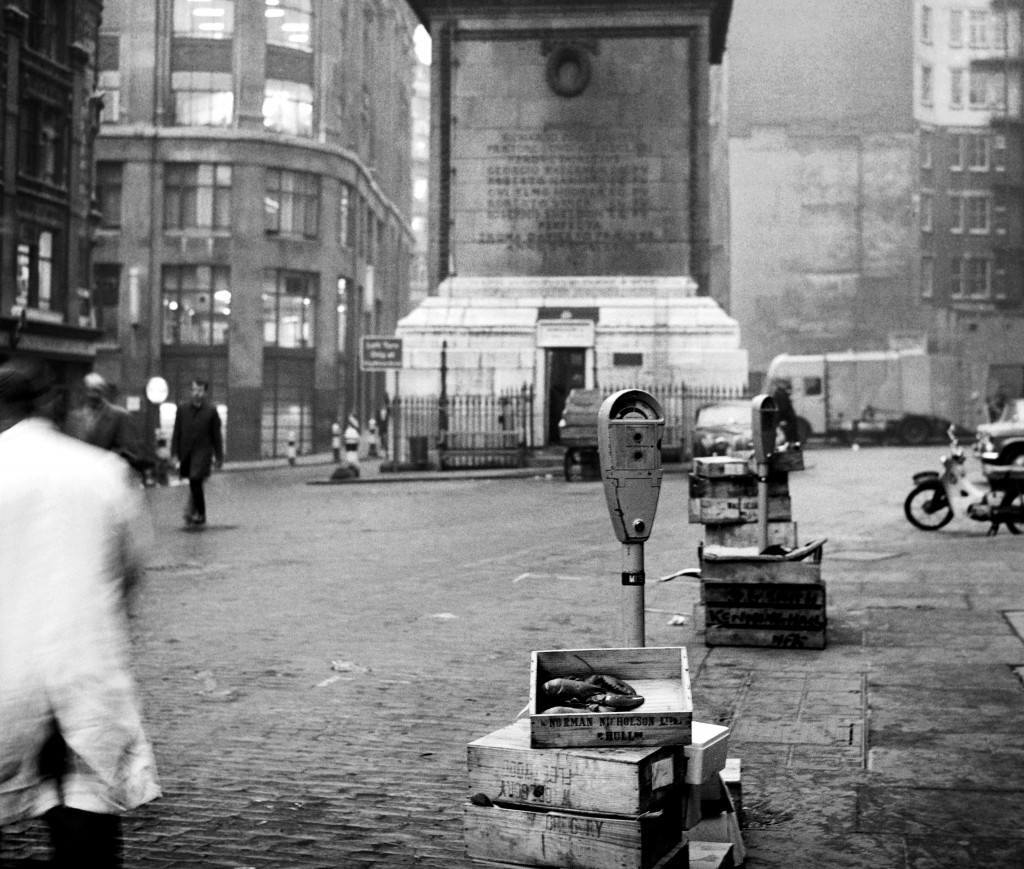 The end of the day at Billingsgate was for everyone else almost the beginning. December 1969. 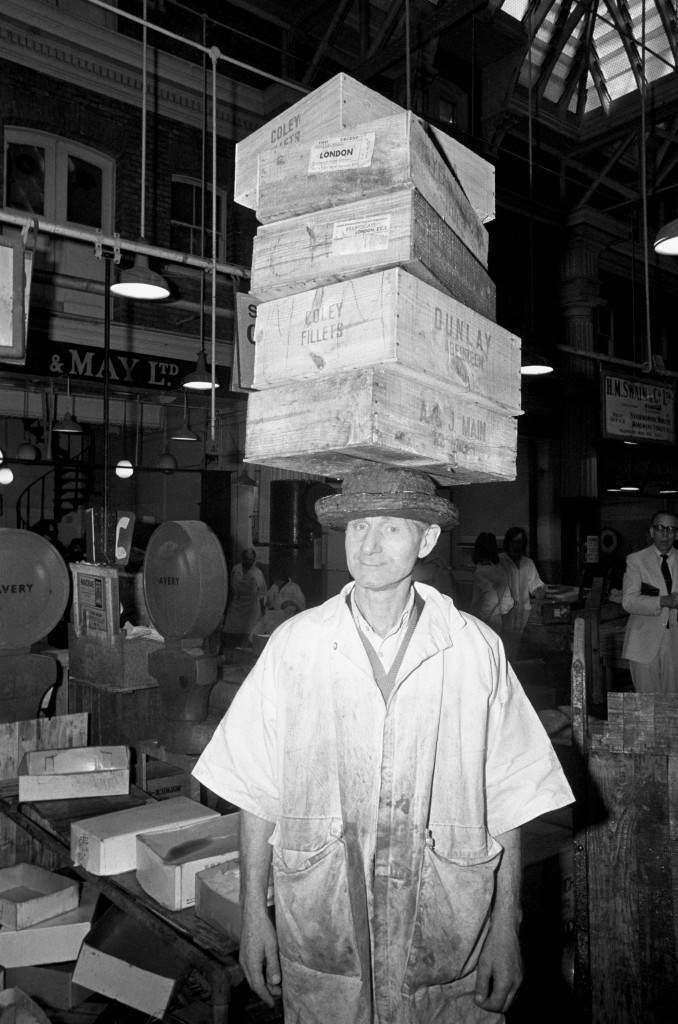 A Billingsgate Porter in 1974. 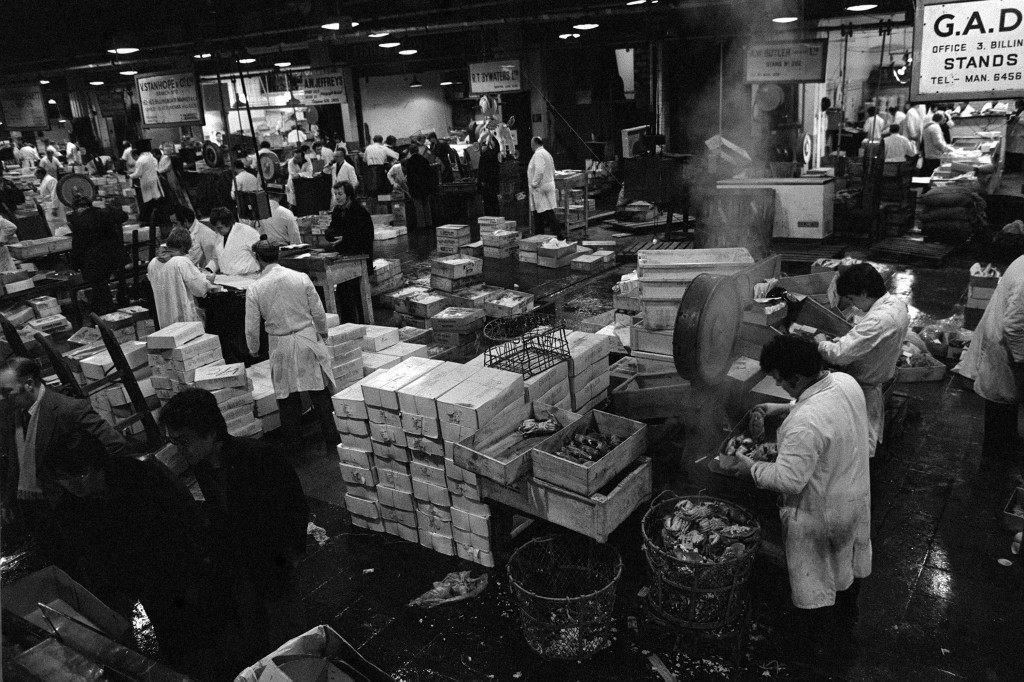 The basement of the Billingsgate Market specialised in shellfish. From 1977. 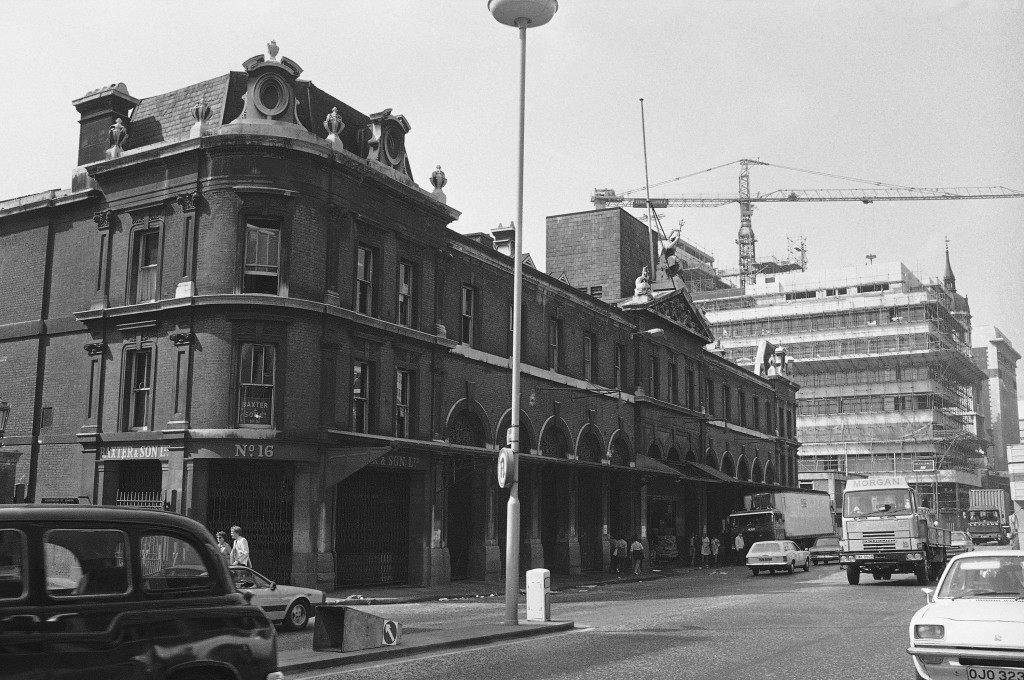 The old Billingsgate market was noticeably anachronistic as the City of London changed around it, August 1979. (AP Photo/Lawrence Harris) 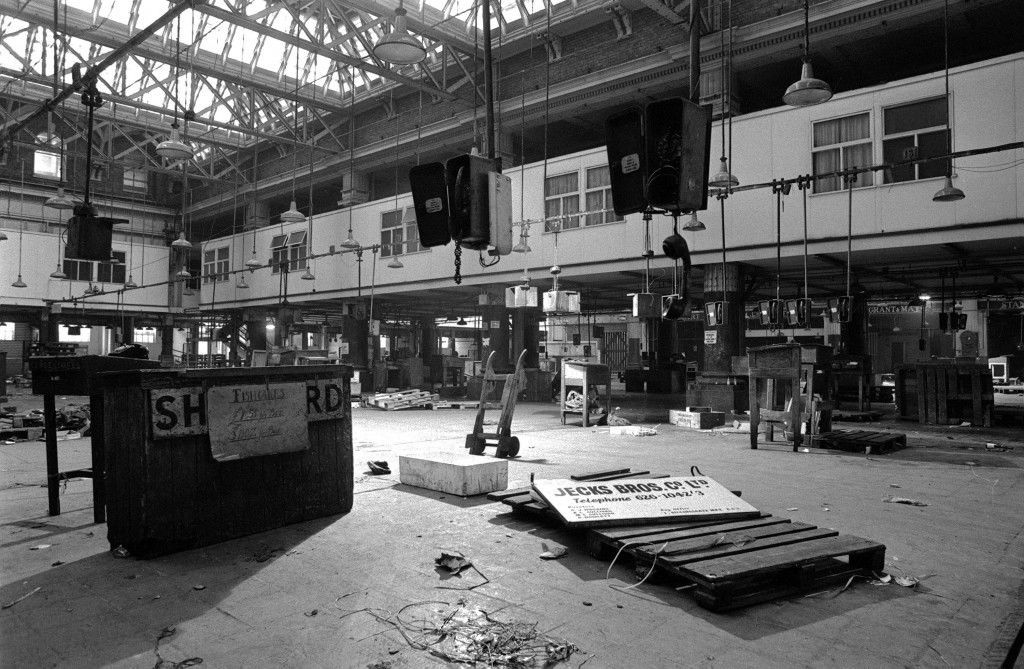 Telephone lines dangle off the hook in the deserted old Billingsgate Fish Market. Trading at the new market in West India Dock began today. The new market, which keeps the traditional name, moved there from the old site by London Bridge, which it has occupied for 1100 years. 1982.