We don’t know the identities of the two girls cooling their heels in these 1950s photos.  Apparently taken in Philadelphia, the pictures were in a boxlot of found photos. These two look the part – they just lack the bikes to complete the look. They remind us of Ken Russell’s brilliant photos of Teddy Girls from 1955.

Clues as to the subject’s identities and place are few. One street sign point to Eagle Avenue, which according to Alphabetical list of the streets in the city of Philadelphia by Rogerson, A. E. (1859) ran close to 1220 North Front Street. Other than that, it’s a mystery. Can you help solve it? 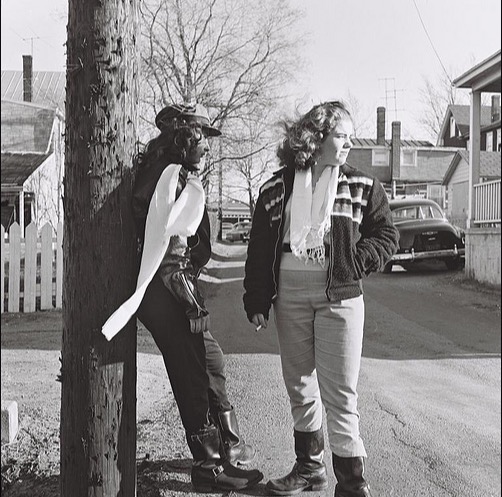 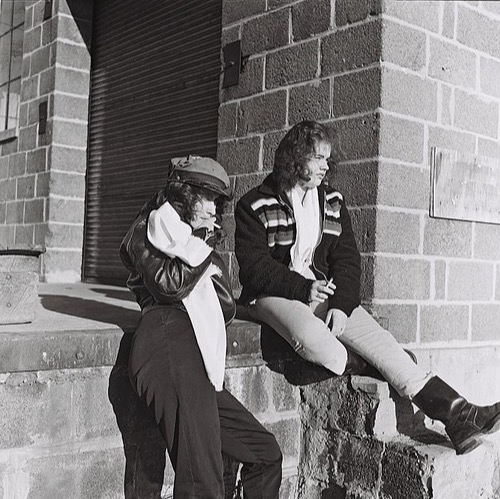 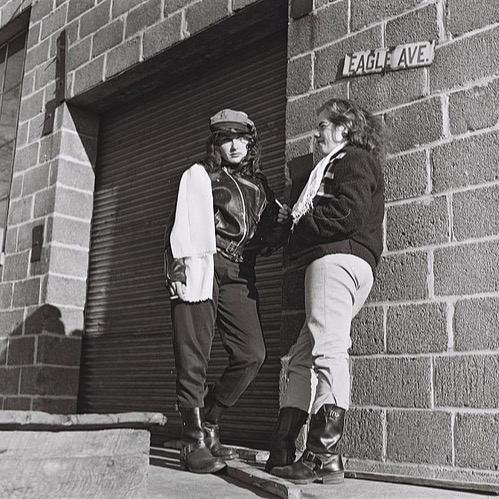 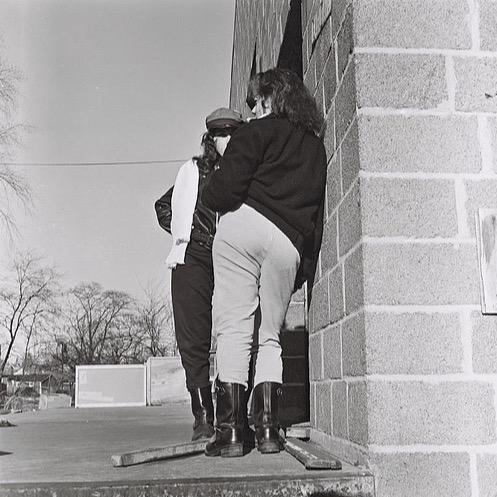 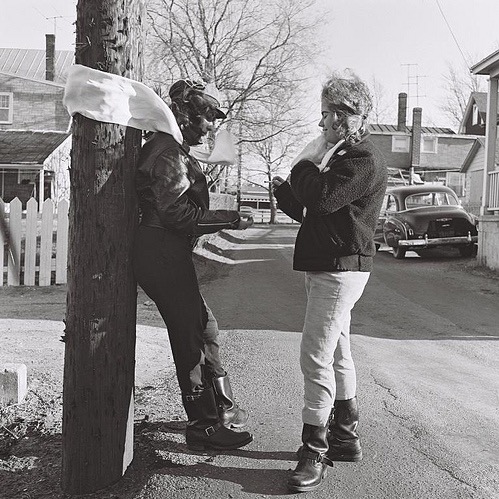 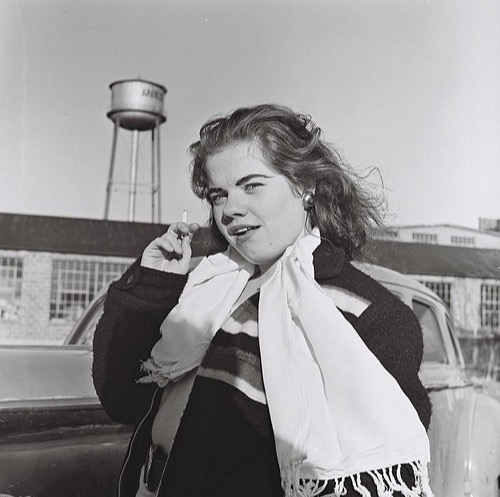 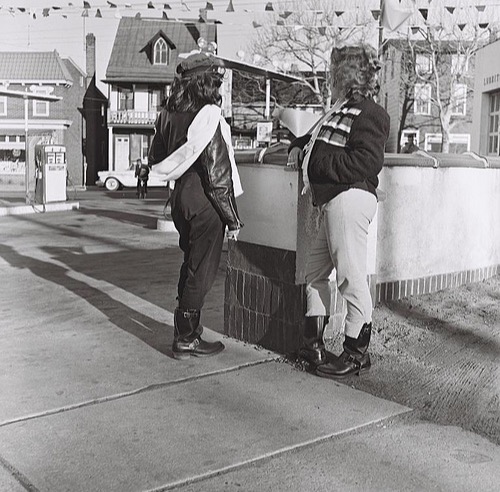 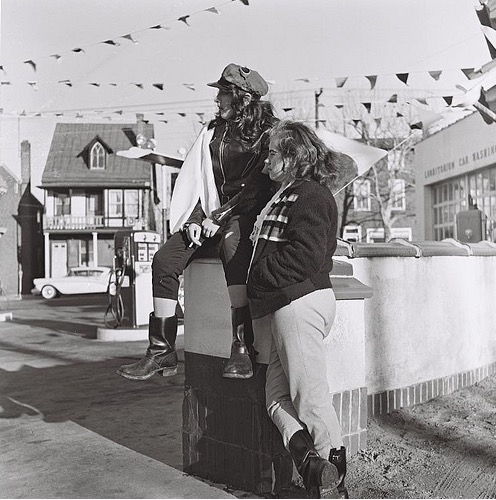 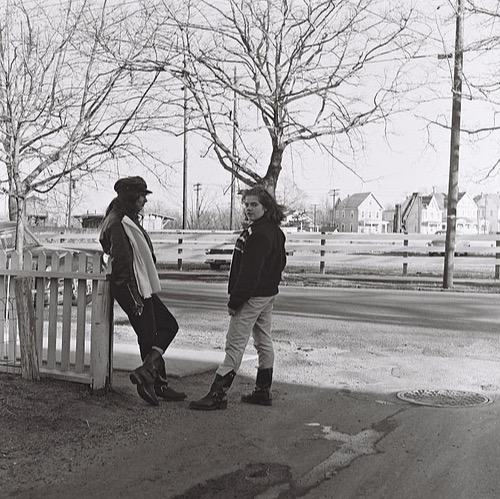