“For I am I: ergo, the truth of myself; my own sphinx, conflict, chaos, vortex – asymmetric to all rhythms, oblique to all paths. I am the prism between black and white: my own unison in duality.”
– Austin Osman Spare 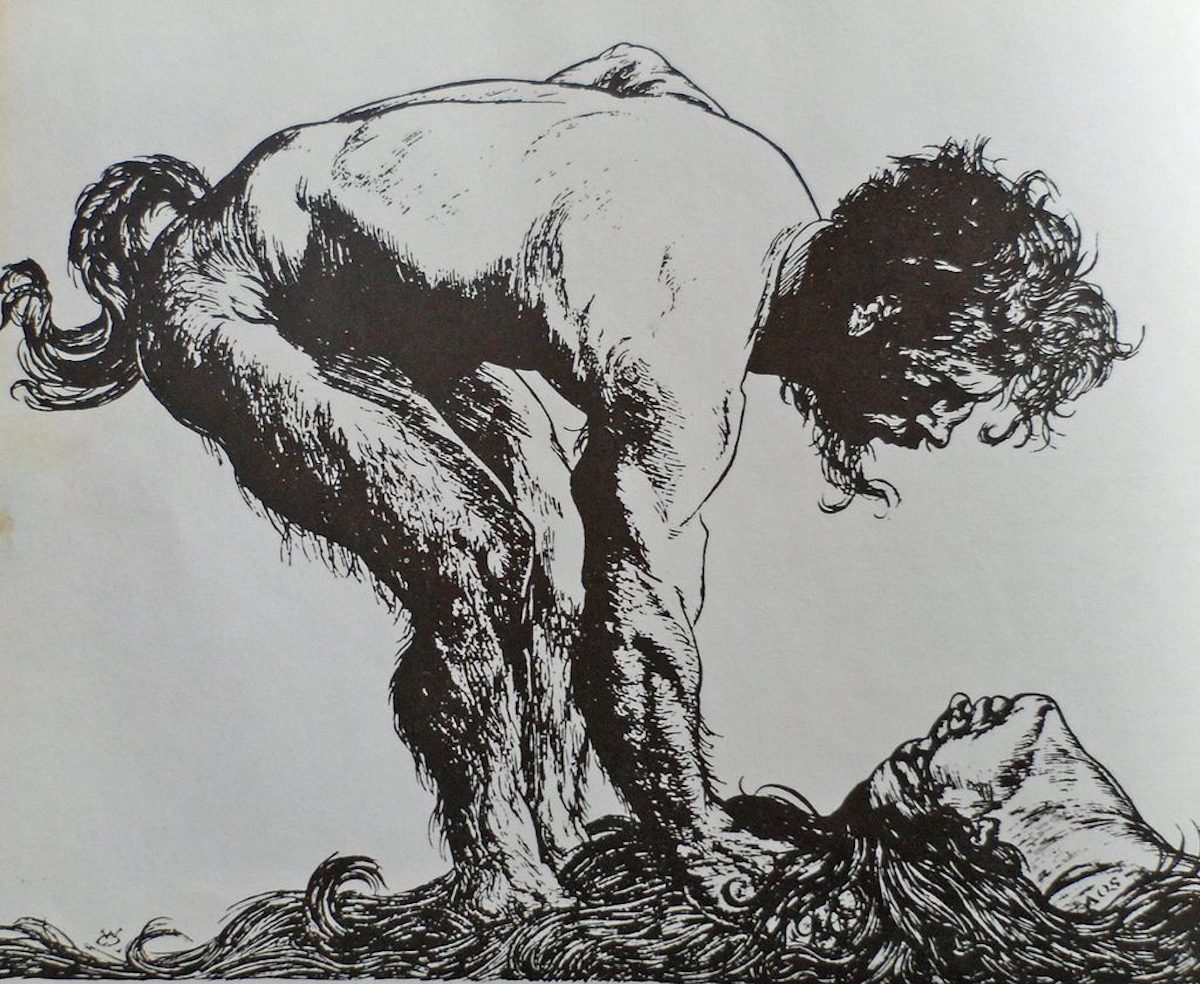 Austin Osman Spare may be “one of the most overlooked figures in British art history,” says legendary graphic novelist Alan Moore. But he often chose a path of near-obscurity since the creative vision that inspired his art also made him “possibly the greatest English magician of the twentieth century.” Magicians rarely win lasting fame, aside from infamous figures like Aleister Crowley, with whom Spare had an early association. Most devoted occultists have less Faustian concerns. For Spare, magic was a way of realizing desires he believed he could only learn by communicating with an elusive, atavistic subconscious Self.

A prodigious draughtsman from a young age, Spare was the youngest to exhibit at the Royal Academy, London. In 1904, at age seventeen, he won a scholarship to the Royal College of Art. John Singer Sargent called him a “genius.” English artist G.F. Watts proclaimed he “had already done enough to justify his fame.” Spare drew inspiration from Watts, Charles Ricketts, Edmund Sullivan, Aubrey Beardsley, the beautiful grotesquerie of Art Nouveau and literary aspirations of the Pre-Raphaelites. As he won early renown, he also self-published his first grimoire, Earth Inferno, inspired by Dante and the writings of Madame Blavatsky. 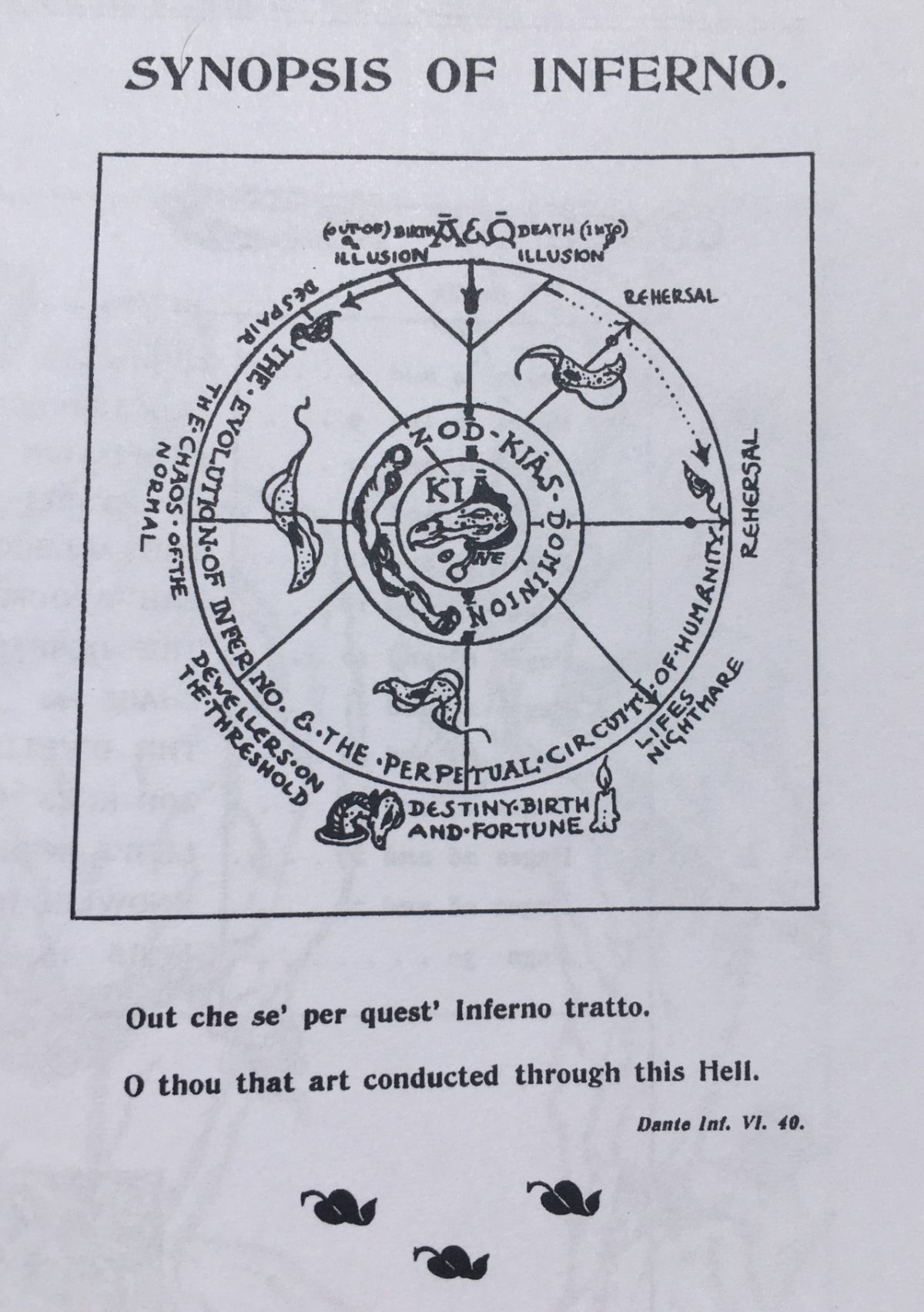 As Spare’s art became more expressive of his occultism, it was met with less enthusiasm by some critics. Of his first major solo exhibition in 1907, The Observer remarked, “Mr. Spare’s art is abnormal, unhealthy, wildly fantastic and unintelligible.” Yet he had wealthy patrons, regular commissions and was continually recognized for his extraordinary talent. He also found a devoted admirer in Crowley. Spare joined the former Golden Dawn occultist’s new magical order, the A∴A∴, and contributed to the Thelemite journal, The Equinox. 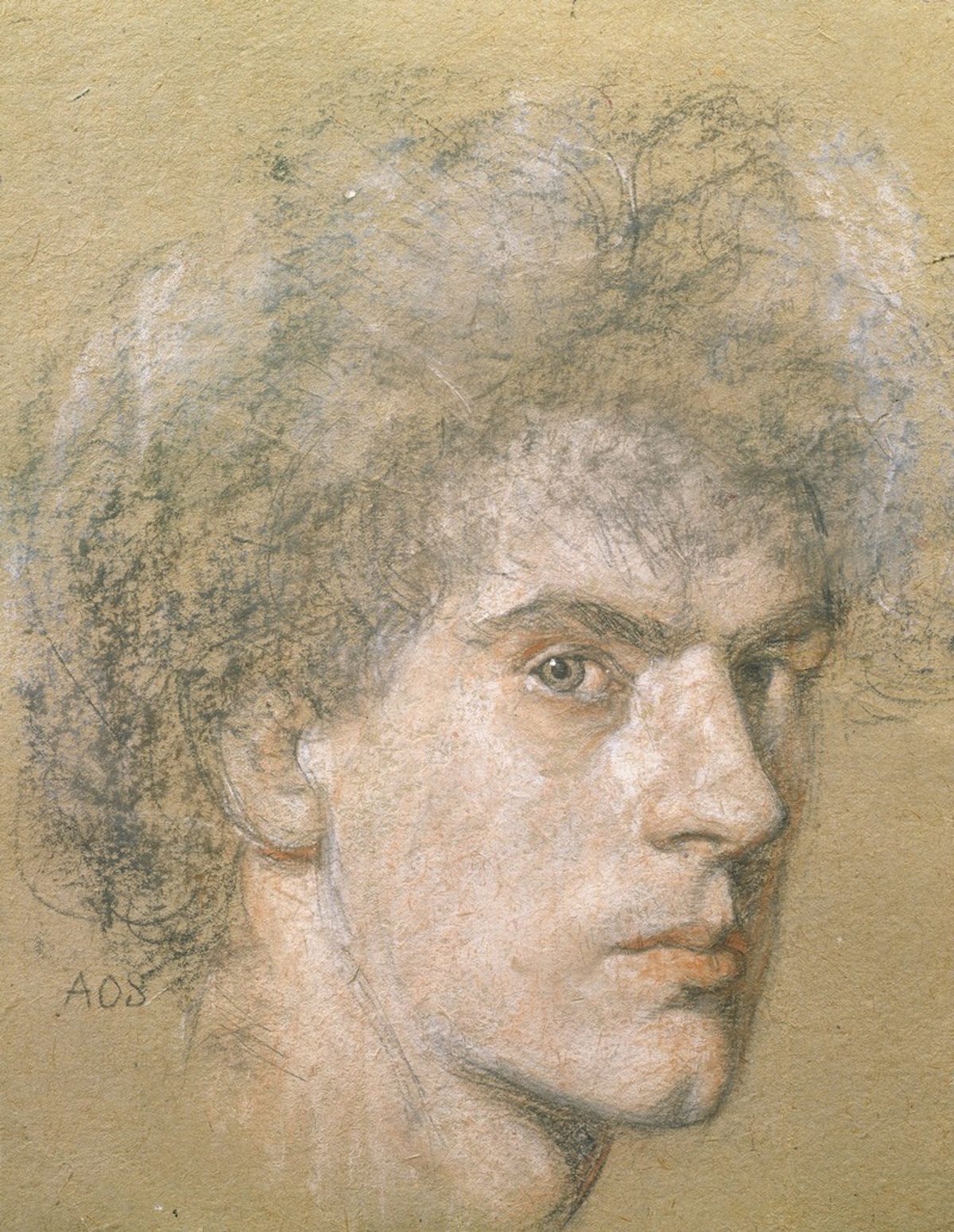 The relationship did not last. Spare had no interest in the hierarchies and perverse obscurities of Crowley’s order. Though he stayed in the A∴A∴ until 1912, he never became a full member and would later accuse Crowley and other “ceremonial magicians” of being charlatans only interested in their own aggrandizement in 1917’s The Book of Pleasure:

Were I to crown myself King, should I be King? Rather should I be an object of disgust or pity. These Magicians, whose insincerity is their safety, are but the unemployed dandies of the Brothels…. Self condemned in their disgusting fatness, their emptiness of power, without even the magic of personal charm or beauty, they are offensive in their bad taste and mongering for advertisement.

In his books, culminating with the Nietzschean automatic writing experiment The Anathema of Zos, Spare elaborated his magical method, which drew on Buddhism and Taoism and involved manifesting desires directly from the subconscious using sigils and symbols. “This he named ‘atavistic resurgence,’” writes his influential friend Kenneth Grant at Pastelegram, a means “of wish-fulfilment which involves the interaction of will, desire and belief.”

This is the aim of almost all forms of magic but a difference here lies in the simplicity of the method employed, requiring as it does no ceremonial equipment or the participation of a concourse of adepts. The specific desire for which any given magical operation is designed must be visualised subconsciously, while the conscious mind is rendered oblivious of the process.

The practitioner of Spare’s method does not only communicate with him or herself, but with a chain of inner children stretching back through the prehistoric animal kingdom, a reconciliation of magic and evolution. For Spare, magic and art became nearly inseparable, though he also produced some of the most finely-rendered portraiture of the early 20th century throughout his life. Yet “his refusal to compromise artistically left him vulnerable to the shifting cultural zeitgeist” as the Symbolism and occultism he championed gave way to modernism and formalism. 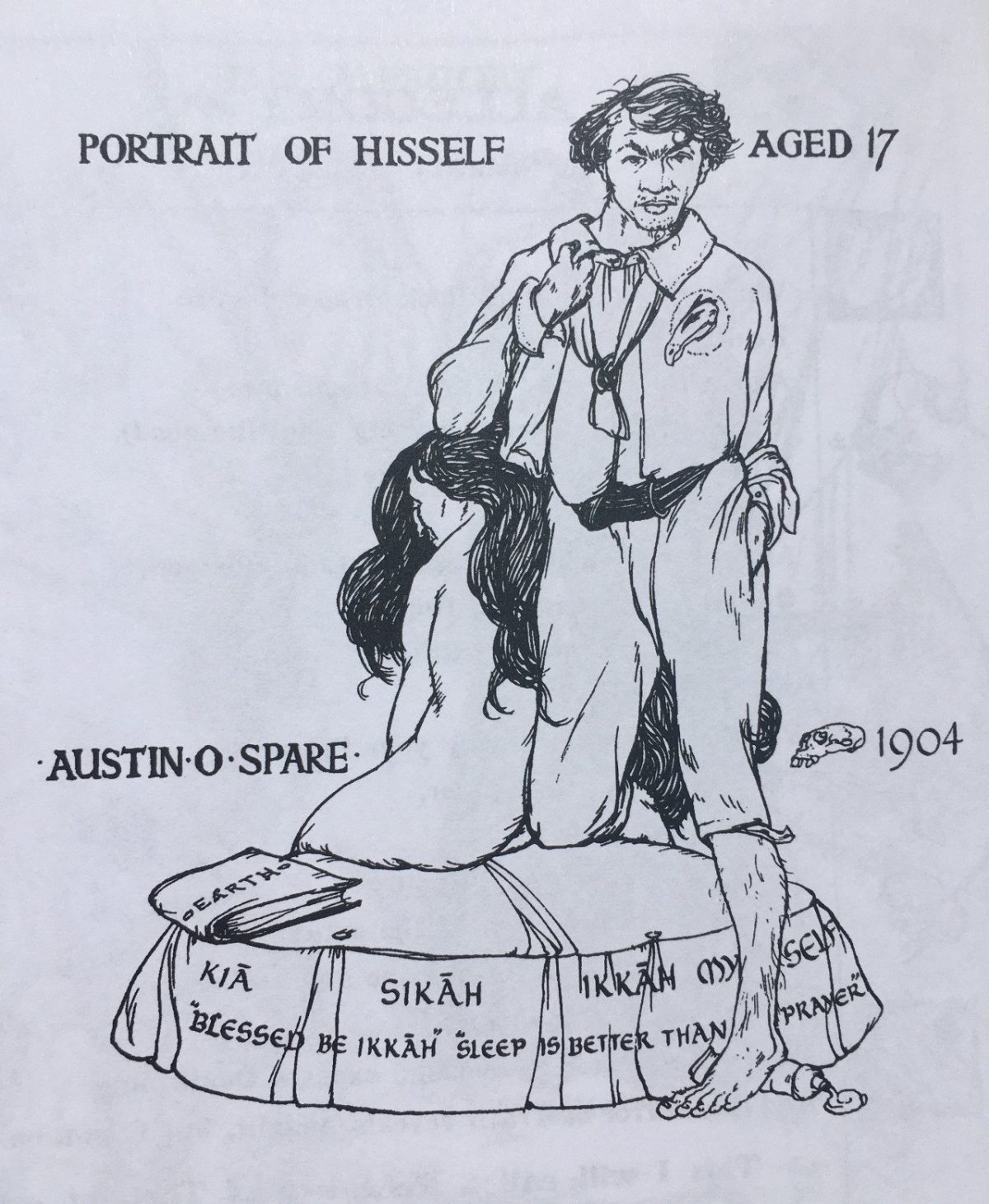 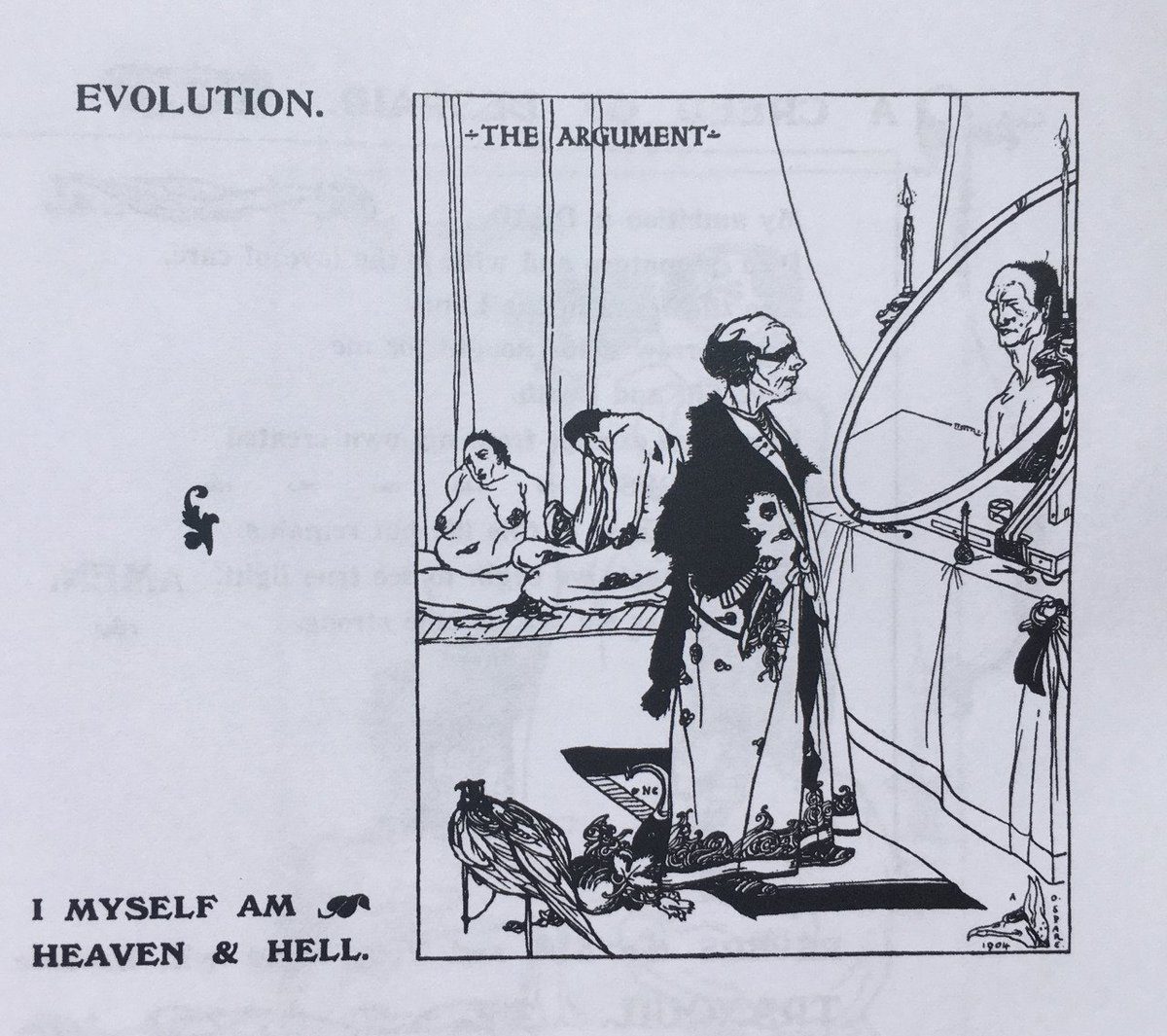 Spare lived in almost wilful poverty after the early 1920s, and did not exhibit for 17 years after a 1930 show. His work resembles the hermetic creations of William Blake, whom he claimed to channel and who also spent his life in poverty in London, resisting the trends of his time. When Surrealism arrived in London in 1936, however, Spare was recognized once again, heralded as a visionary and Surrealist progenitor for his pioneering use of automatic writing and drawing. (One story bore the headline, “Father of Surrealism — He’s a Cockney!”) 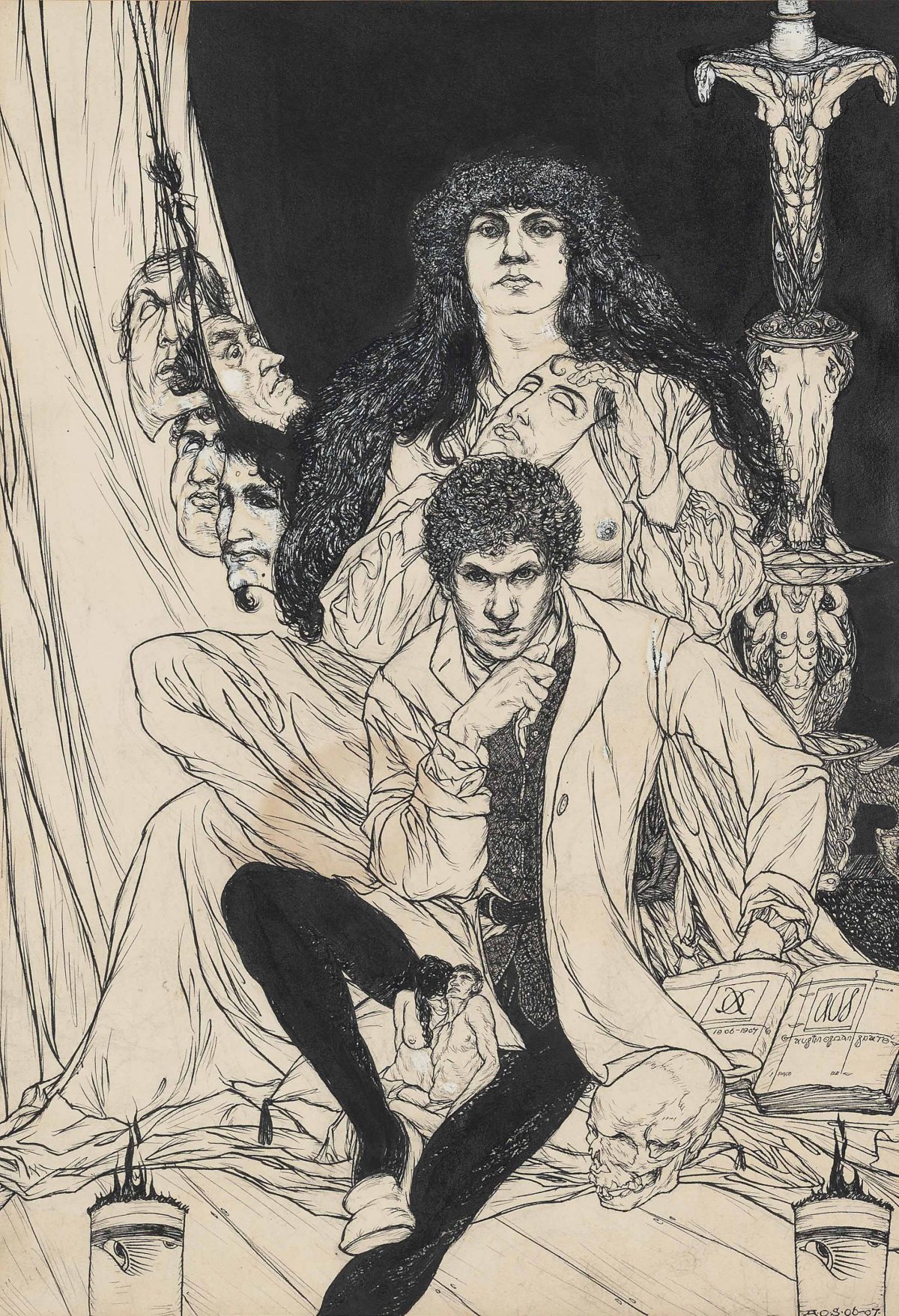 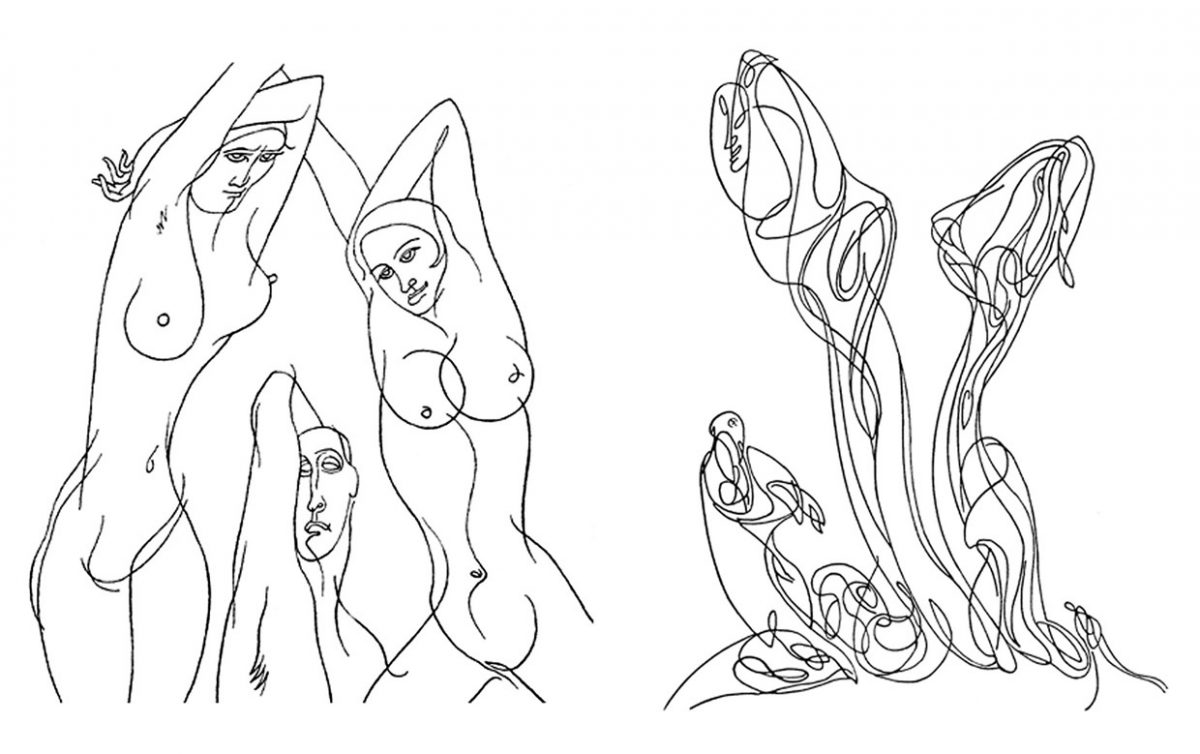 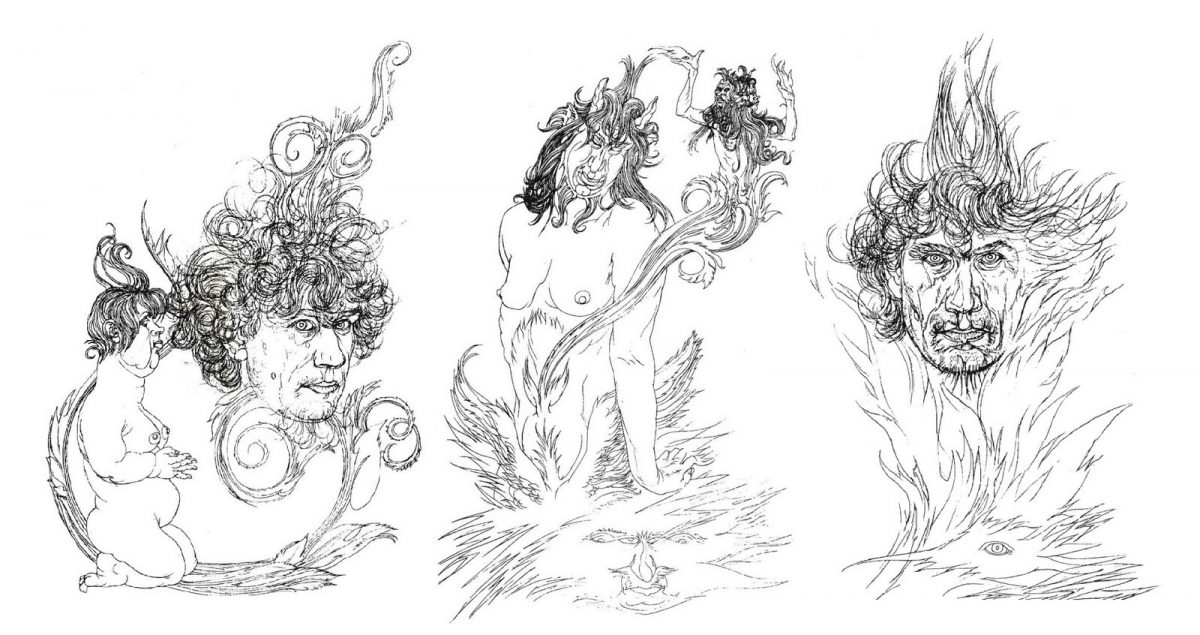 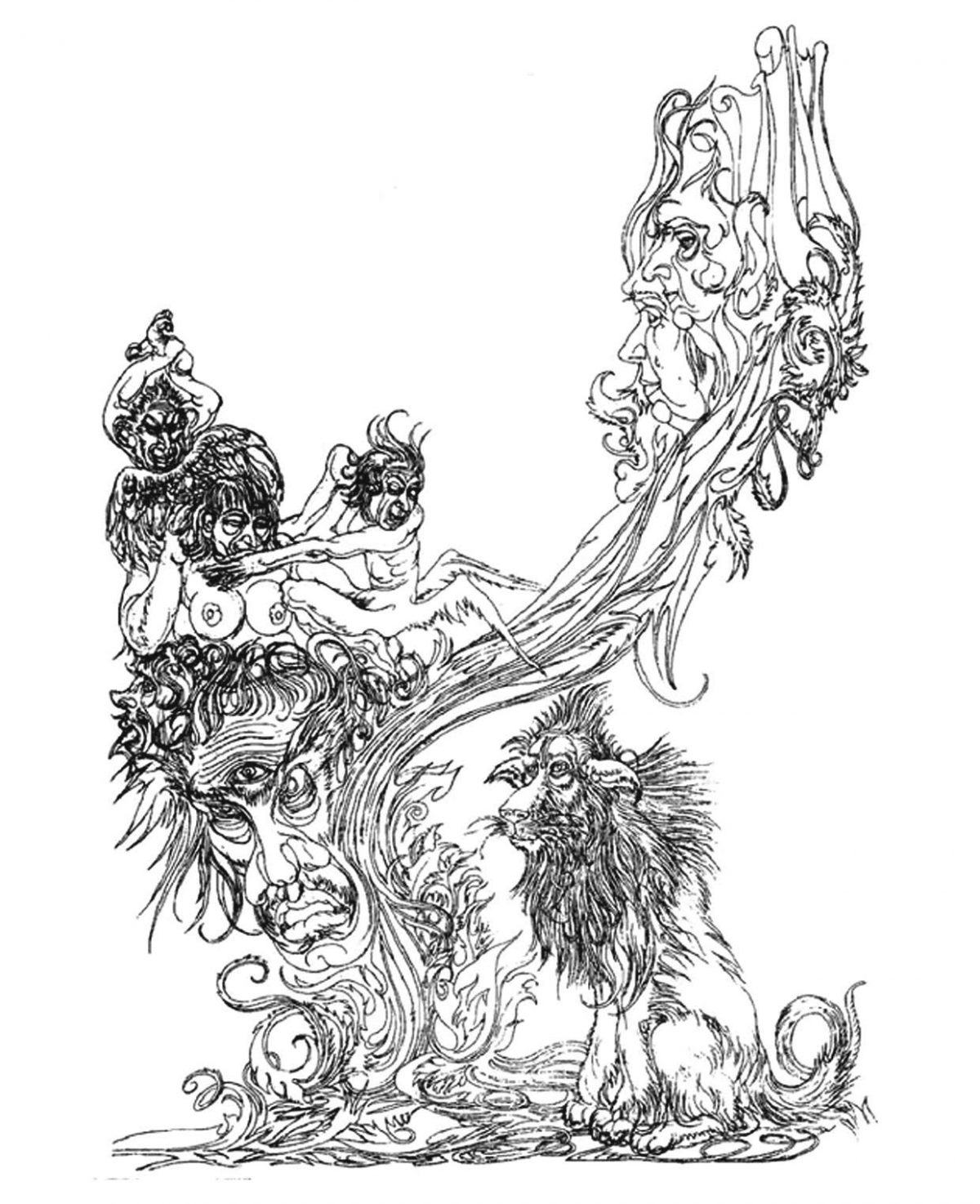 According to Spare, who was prone to embellishing his biography, he also received a commission for a portrait from Adolph Hitler in 1936. The Führer was apparently impressed with Spare’s Self Portrait as Hitler. British journalist Hannen Swaffer recounts that Spare, an ardent anti-Nazi who tried to enlist in 1939 at the age of 53, made a copy of the painting and sent it with a note as a reply “to the man who wanted to master Europe and dominate mankind”: Only from negations can I wholesomely conceive you. For I know of no courage sufficient to stomach your aspirations and ultimates. If you are superman, let me be for ever animal. 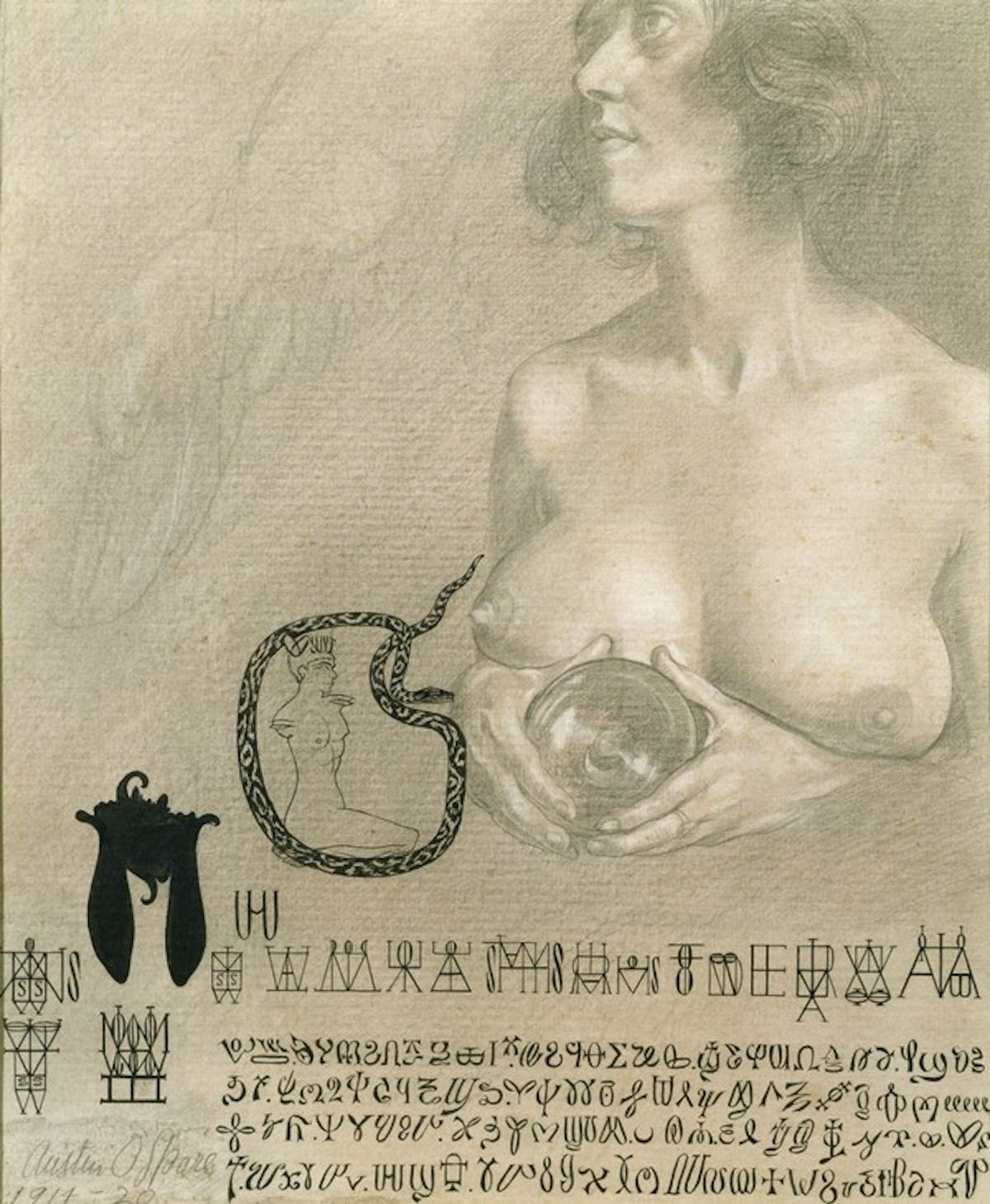 Spare’s studio was bombed in 1941, leaving him homeless, then living in a cramped basement for the remainder of the war. (He called the event “Hitler’s revenge.”) From the late 40s to mid 50s, Spare continued to work and evolve, earning the moniker “the first British Pop Artist” for his portraits of movie stars and writing new, though unpublished occult manuscripts. He lived his last days in poverty in Brixton, “where he mothered a brood of stray cats,” notes Jade Angeles Fitton at Vice, “and survived on food donations from the public until his death in 1956.” See many more of Spare’s works at Artnet and find books by and about him at Fulgur press. 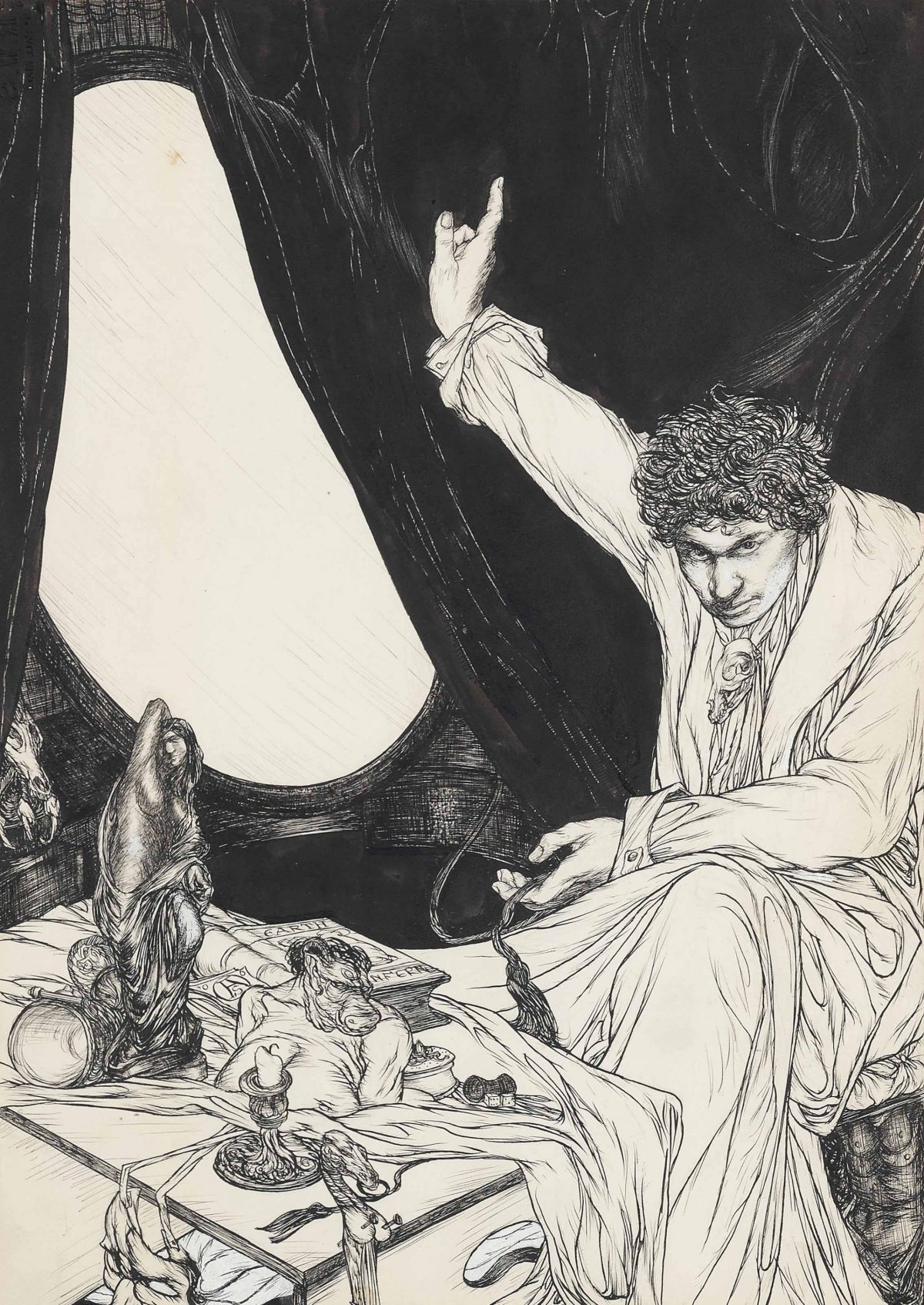 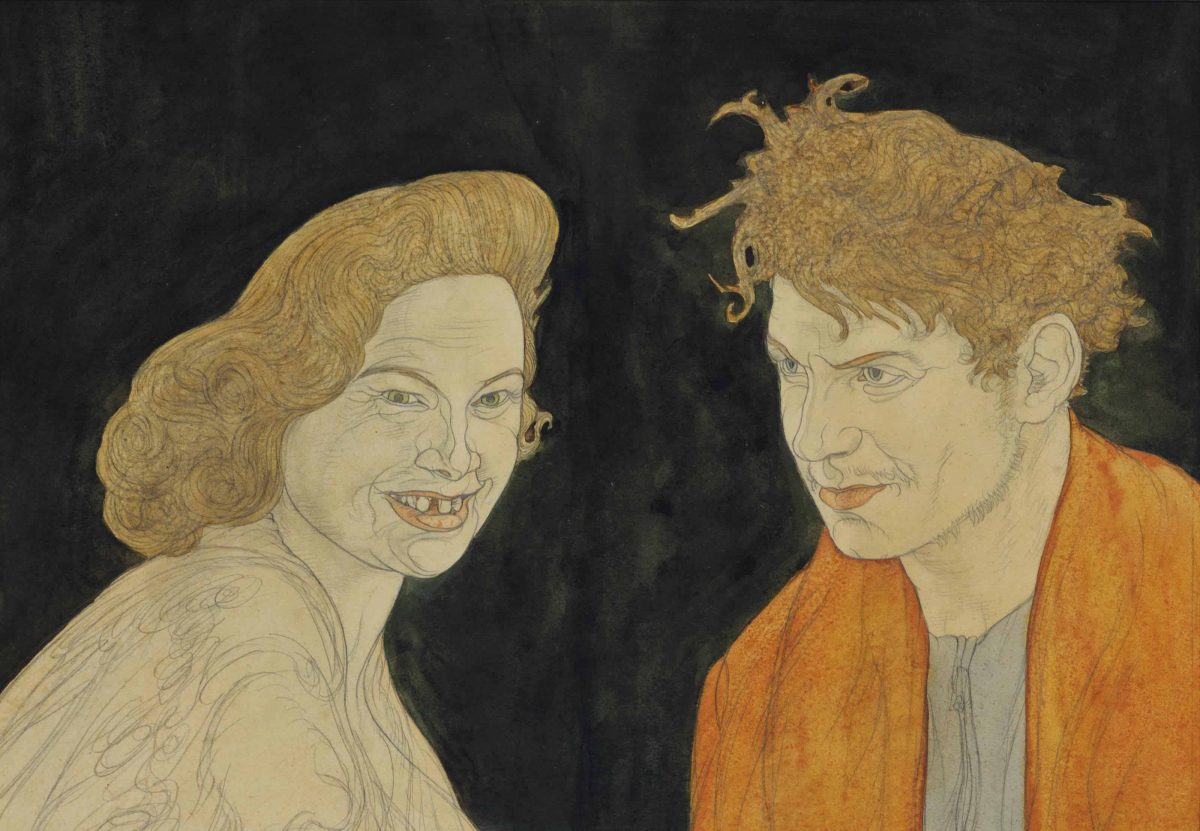 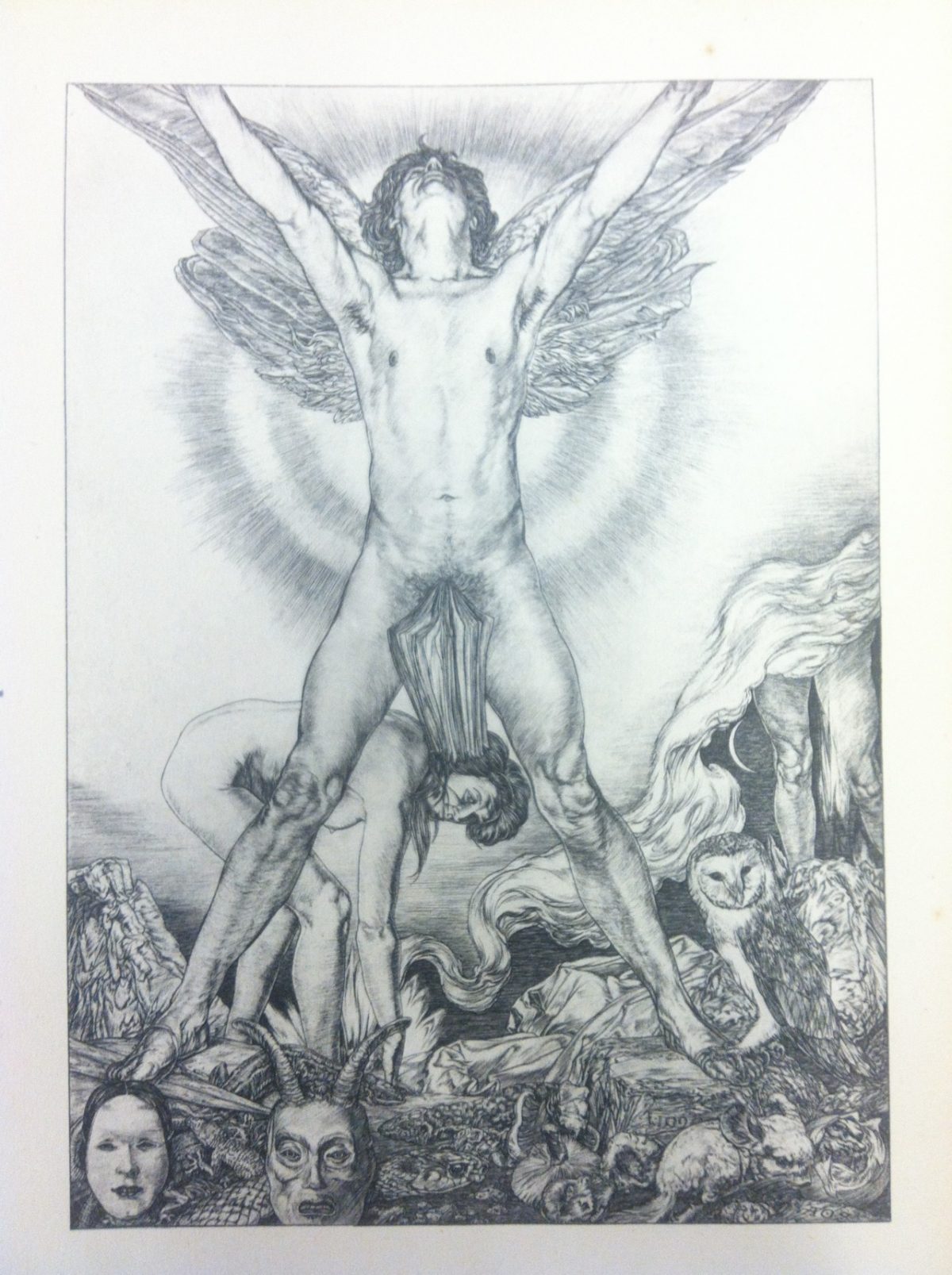 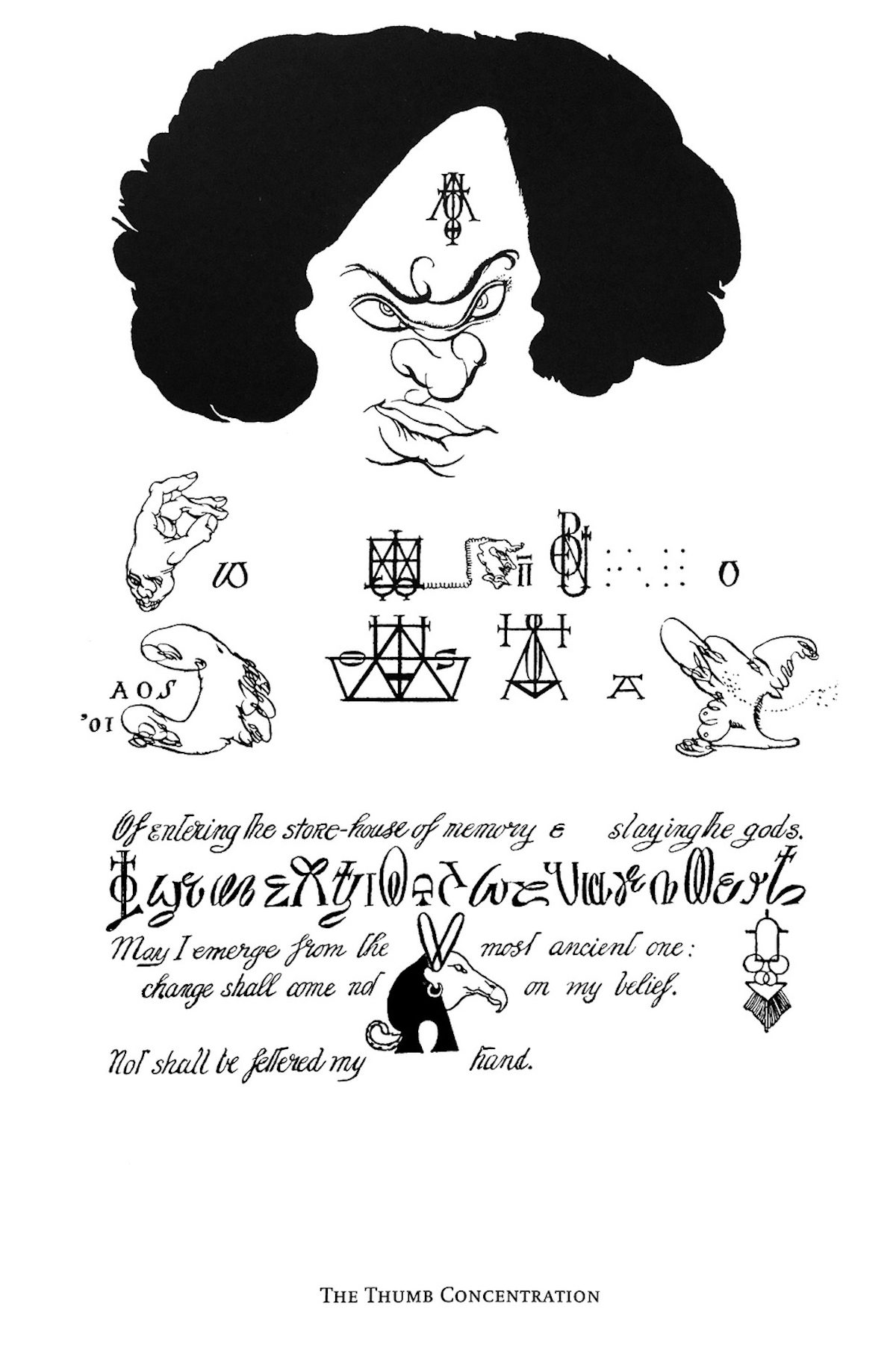 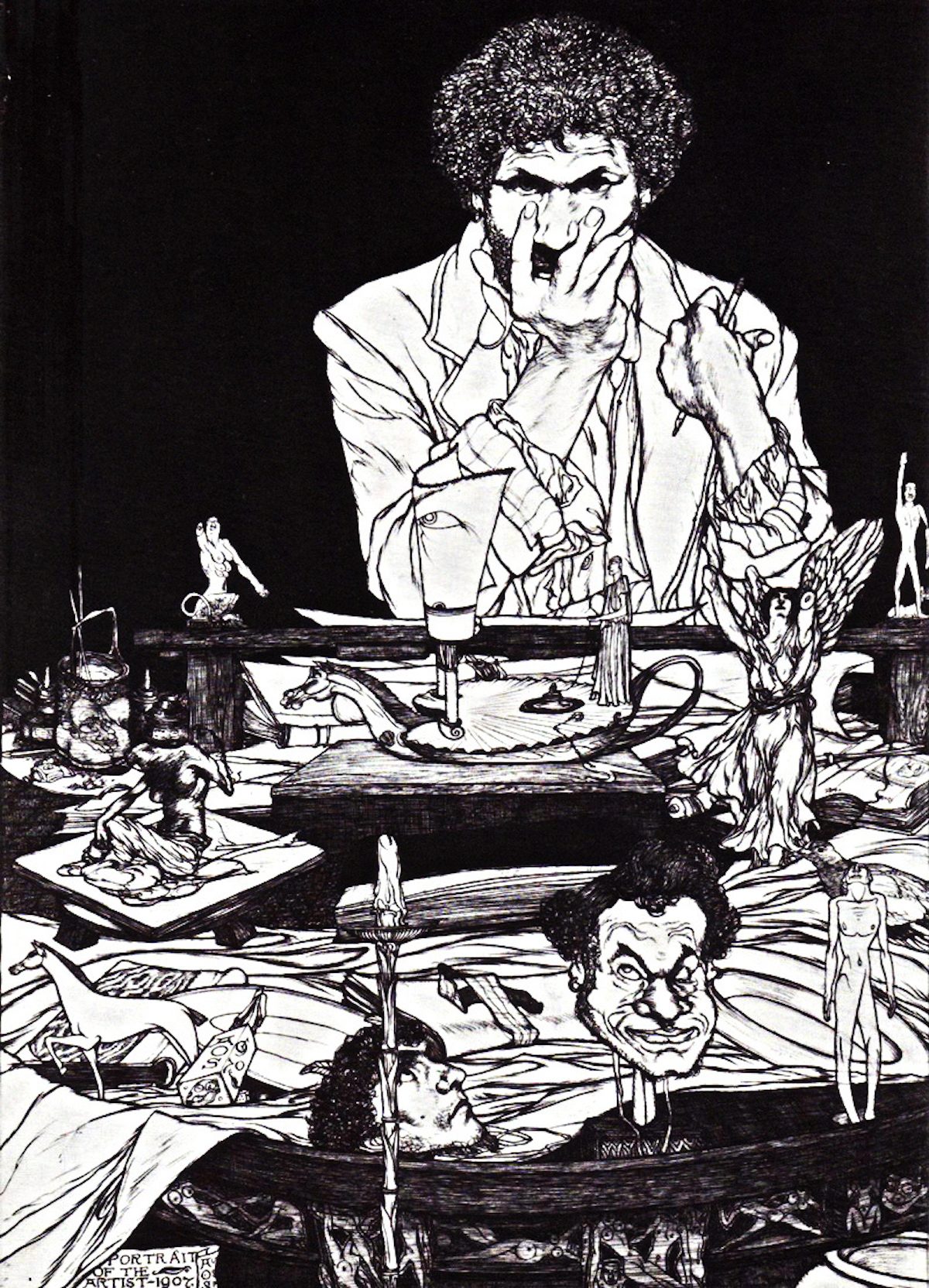 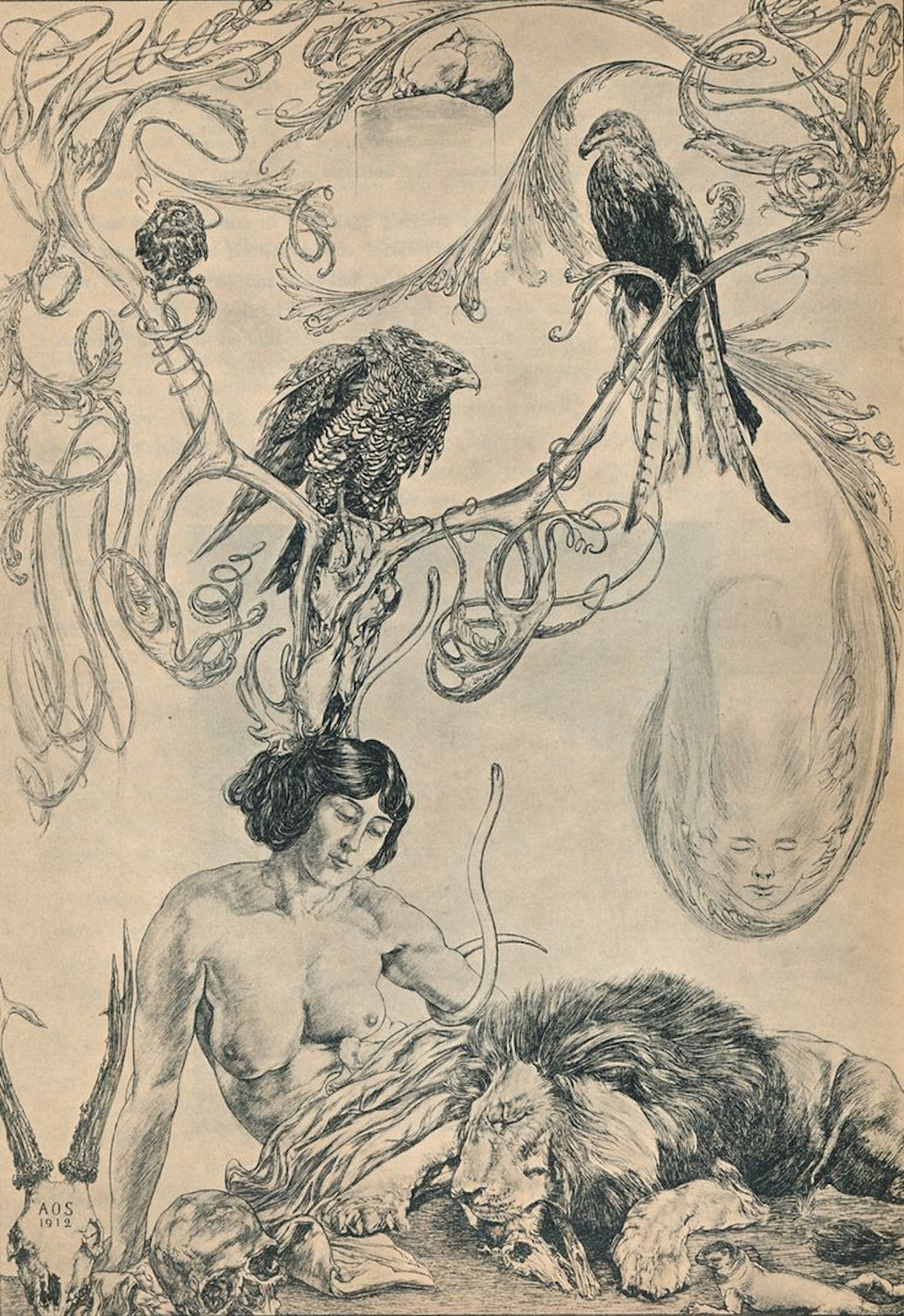 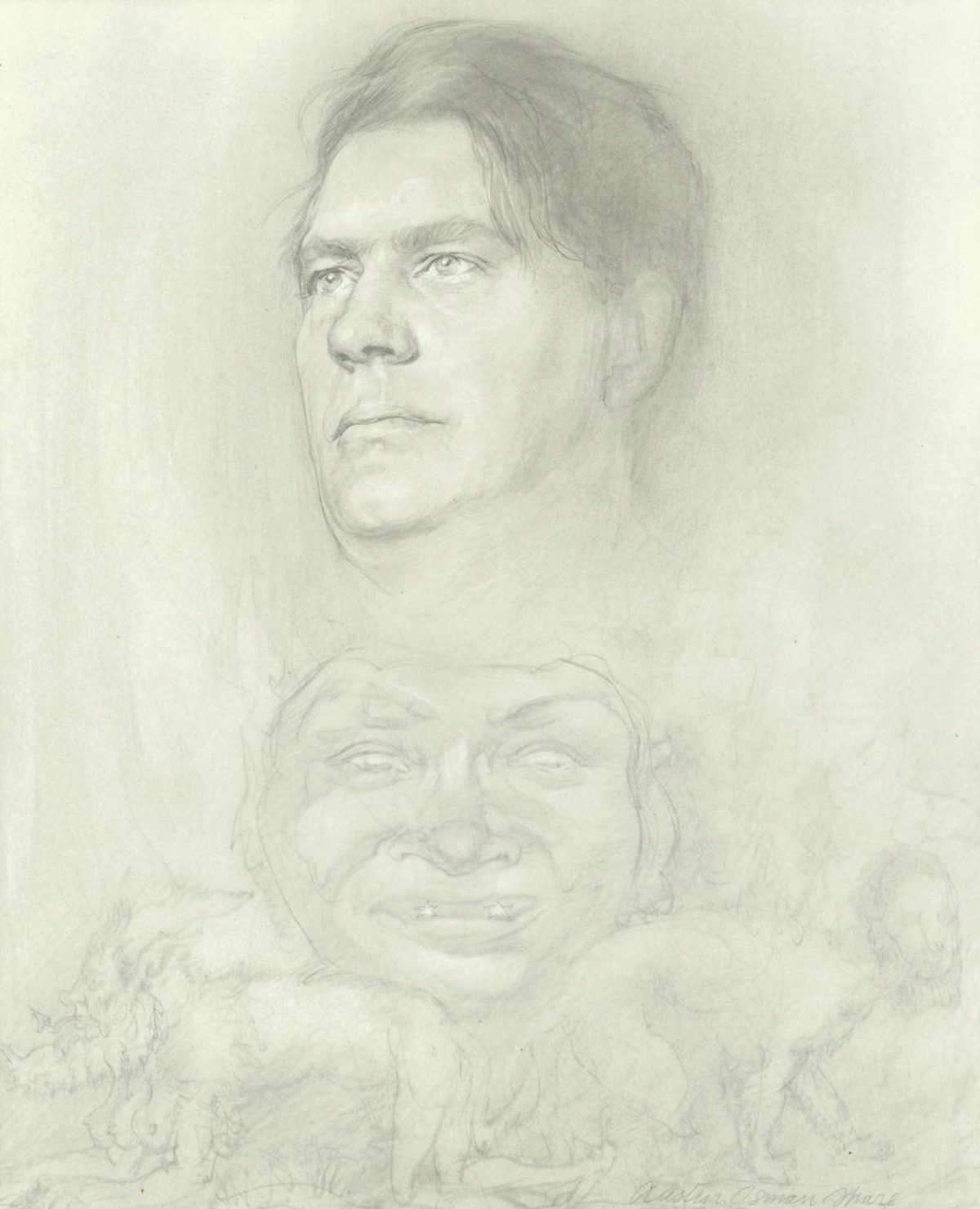 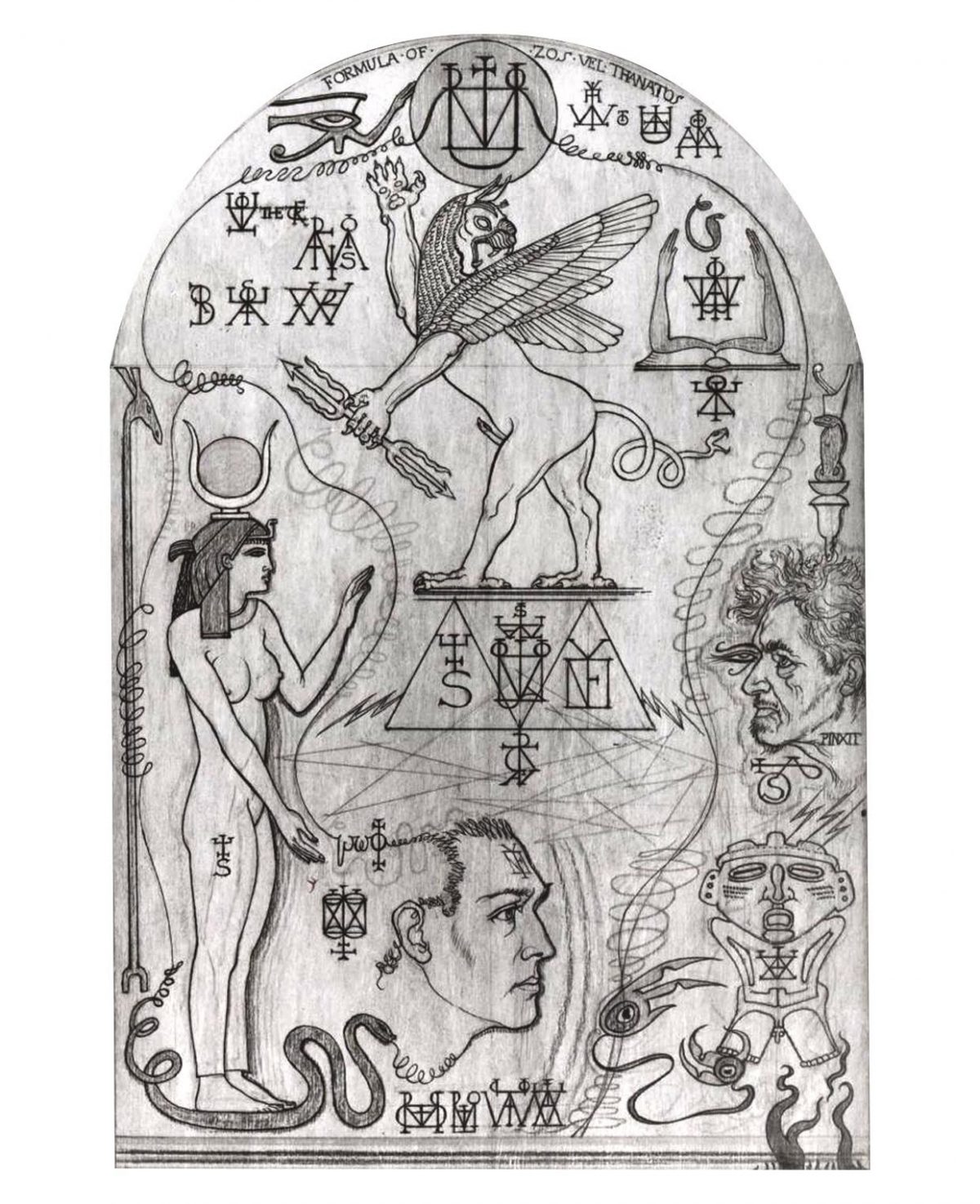 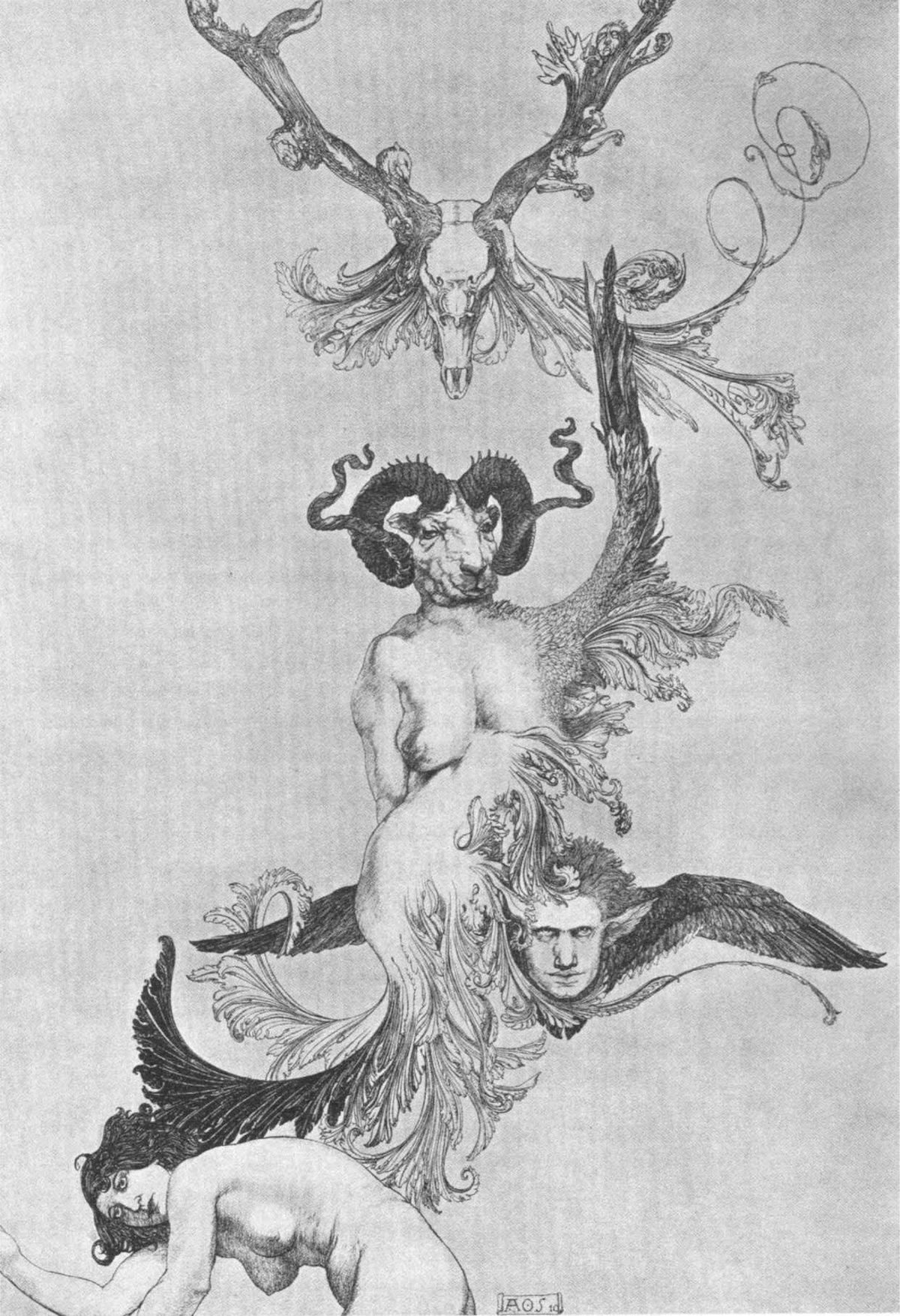