Chicken Feed. Chicken Poxed. Playing Chicken, And you’re just Plain Chicken. Chicken is an insult always – always – punctuated with a bwak-bu-warrrrk-buck and, for added ooomph, lots of akimbo-arm action. Chickens take a lot of abuse. But the chicken can stand it. The chicken is a noble creature, descendants of Augustan Rome, where they were revered as divine messengers of the gods, augers of future events. Beth Moon understands their value. Her pictures of chickens show them in their glorious pre-finger-lickin’, cheap protein pomp. 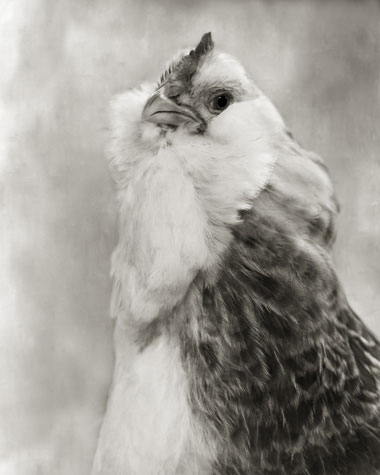 Ideas for this series began as I read The Omnivore’s Dilemma by Michael Pollan. Increasingly I was becoming dissatisfied with our food industry standards. As I thought about our farmed animals, the chicken came to mind.

English writer, John Berger wrote an essay titled, Why Look at Animals? He suggests that the loss of everyday contact between man and animal have left us confused about our relationship, specifically, he writes about looking an animal in the eyes. Michael Pollen writes … “but this is what can happen to you when you look. And what you see when you look is the cruelty – and the blindness to cruelty – required to produce eggs that can be sold for 79 cents a dozen.”

These portraits were inspired by those words. I invite you to look into their eyes. 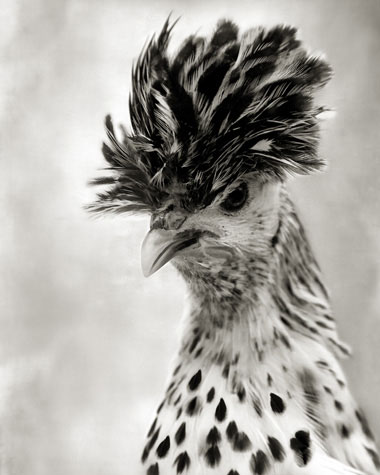 “We all like chicken”
― Malcolm X, The Autobiography of Malcolm X 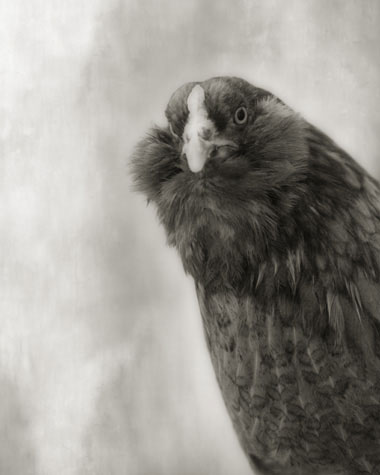 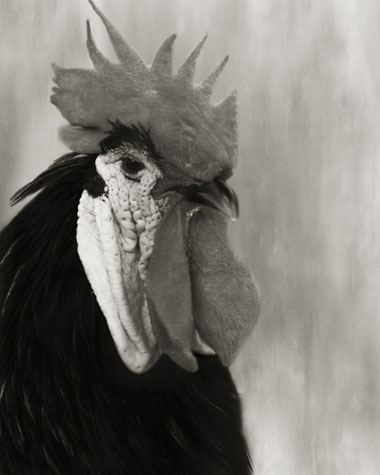 “Despite the fact that an Indonesian island chicken has probably had a much more natural life than one raised on a battery farm in England, people who wouldn’t think twice about buying something oven-ready become much more upset about a chicken that they’ve been on a boat with, so there is probably buried in the Western psyche a deep taboo about eating anything you’ve been introduced to socially.”
― Douglas Adams, Last Chance to See 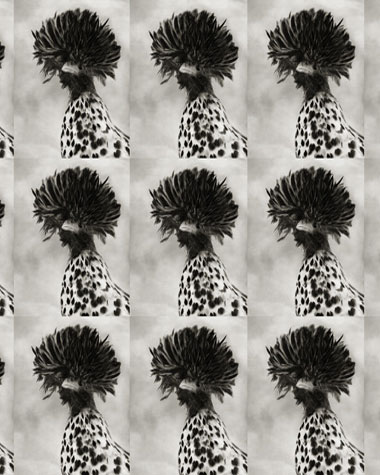 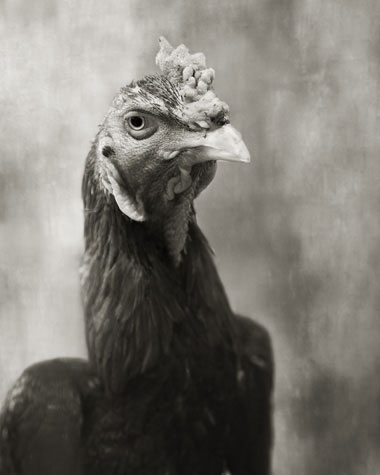 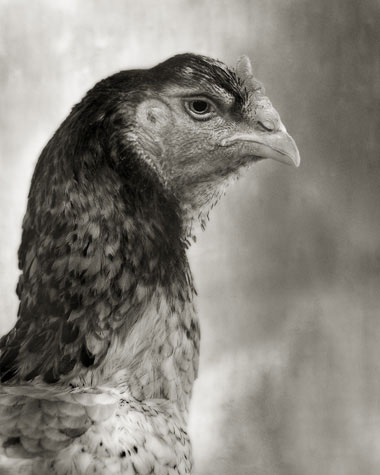 “I wonder Pa went so easy. I wonder Grampa didn’ kill nobody. Nobody never tol’ Grampa where to put his feet. An’ Ma ain’t nobody you can push aroun’ neither. I seen her beat the hell out of a tin peddler with a live chicken one time ’cause he give her a argument. She had the chicken in one han’, an’ the ax in the other, about to cut its head off. She aimed to go for that peddler with the ax, but she forgot which hand was which, an’ she takes after him with the chicken. Couldn’ even eat that chicken when she got done. They wasn’t nothing but a pair of legs in her han’. Grampa throwed his hip outa joint laughin’.”
― John Steinbeck, The Grapes of Wrath 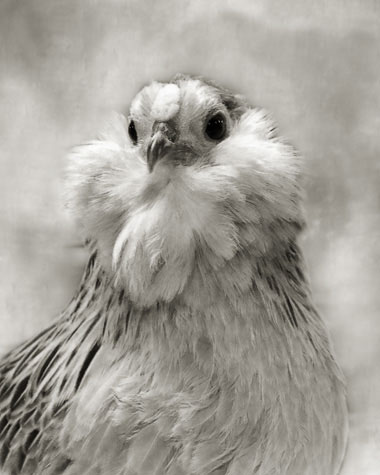 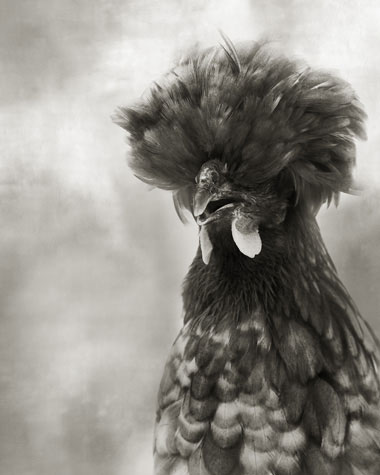 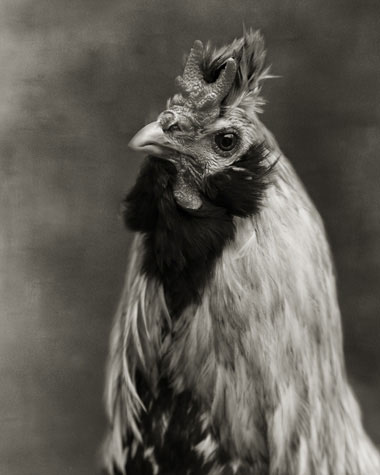 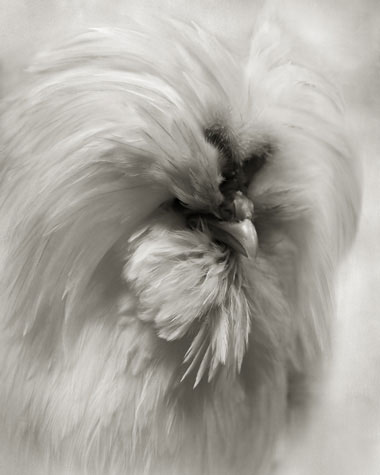 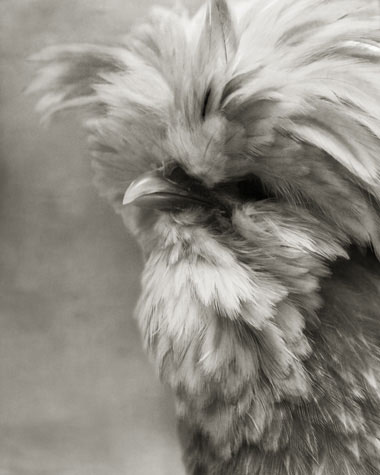 “It reminds me of that old joke- you know, a guy walks into a psychiatrist’s office and says, hey doc, my brother’s crazy! He thinks he’s a chicken. Then the doc says, why don’t you turn him in? Then the guy says, I would but I need the eggs. I guess that’s how I feel about relationships. They’re totally crazy, irrational, and absurd, but we keep going through it because we need the eggs.”
— Woody Allen, Annie Hall: Screenplay 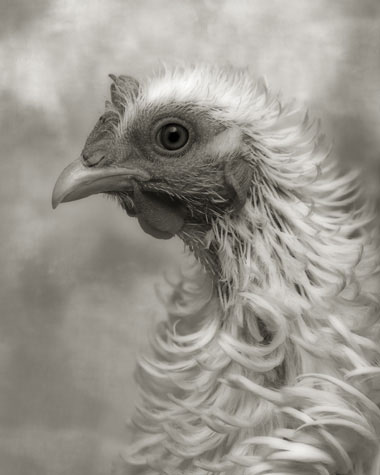 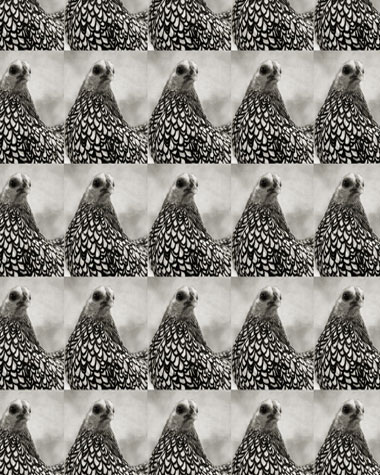 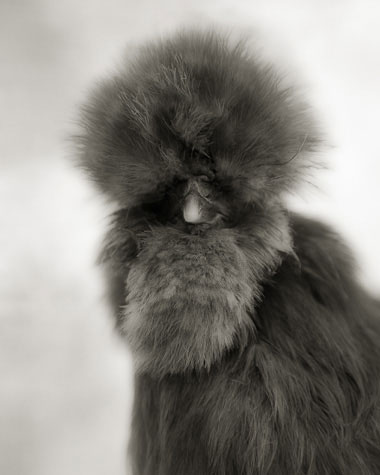 You raise the left arm up
And your right arm too
Let me tell you just what to do
Start both of ’em to flapping
You start your feet to kicking
That’s when you know
You doin’ the funky chicken
– Rufus Thomas, Do the Funky Chicken 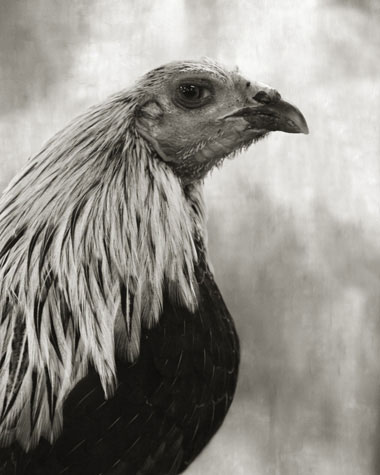 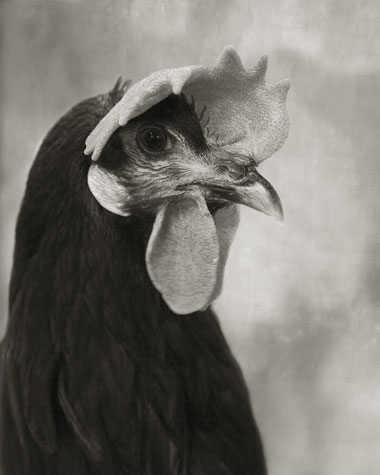 “Tomorrow is a busy day
We got things to do, We got eggs to lay
We got ground to dig and worms to scratch
It takes a lot of settin’, gettin’ chicks to hatch” 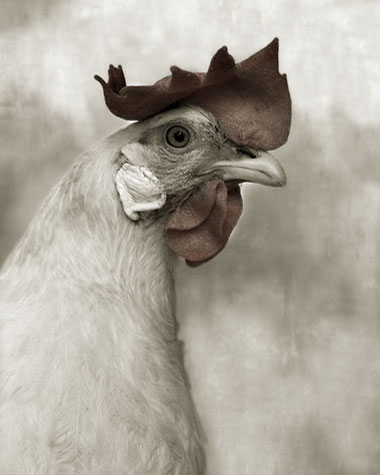