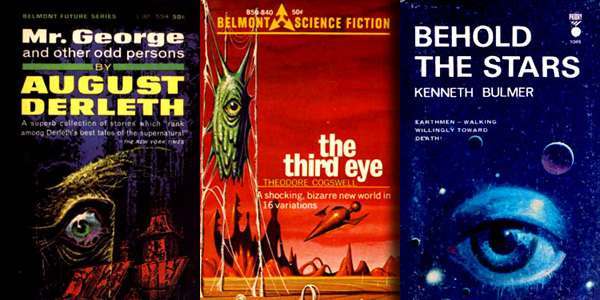 The imagery goes back to prehistory, it was an Egyptian symbol, a facet of the Hindu religion, and a major part of the symbology of the Freemasons. America’s Founding Fathers were all a bunch of Freemasons, so the big-ass eye even wound up on US currency.

Among the most recognizable uses of the disembodied floating eye theme is on the dust jacket for the original The Great Gatsby. But, of course, the giant floating eye found its natural home in the artwork of genre fiction, most prominently in science fiction. 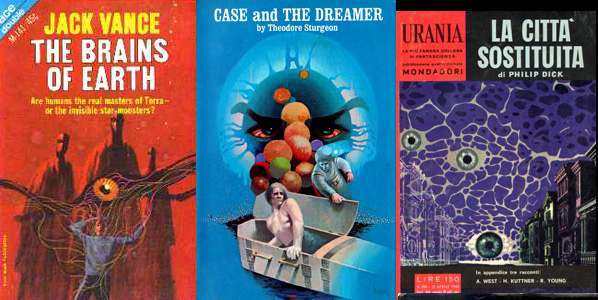 And like any good design virus, it found its way into all kinds of media: movie posters, comic book covers, VHS box art, etc.  Indeed, the floating eye is one of the most common artful conceptions of vintage illustration. And here is a heaping helping of examples that I have lovingly provided for you… but just know that “The Eye in the Sky” by Alan Parsons Project has been stuck in my head ever since I started on this.  Please, dear God, make it stop. 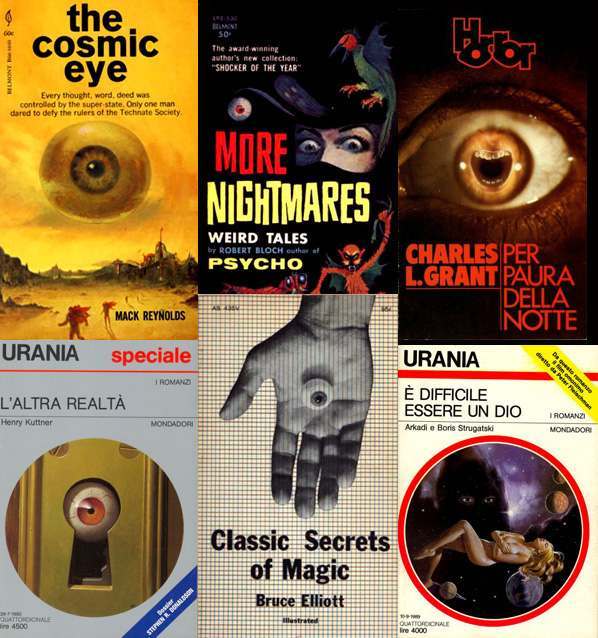 You’ll note that the unblinking eyes are never a comforting image.  Being watched, whether it’s through a keyhole or from outer space, always puts us at unease. 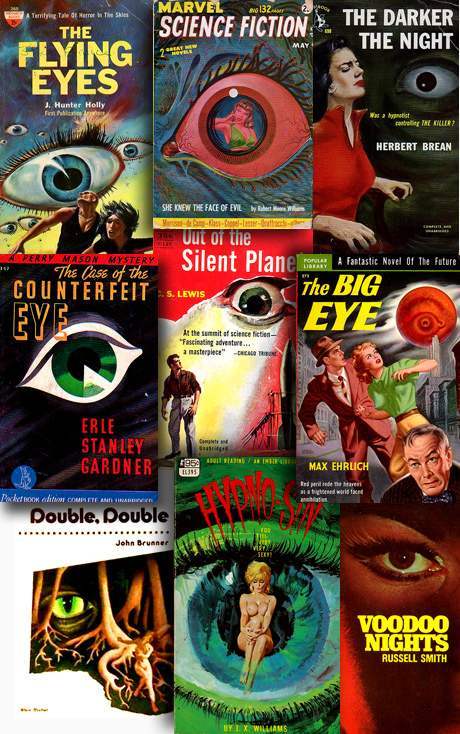 The question for the armchair sociologists out there is  – why exactly was this imagery so common? Was simply a laziness, a lack of creativity among artists who needed to churn out illustrations quick and on the cheap?  Or is there something inherently affecting about the imagery that using it just makes sense when trying to convey fear, unease and mystery? 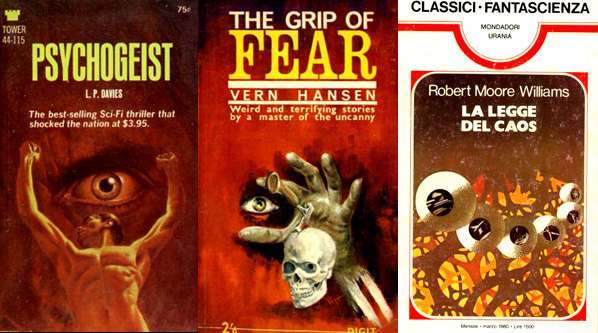 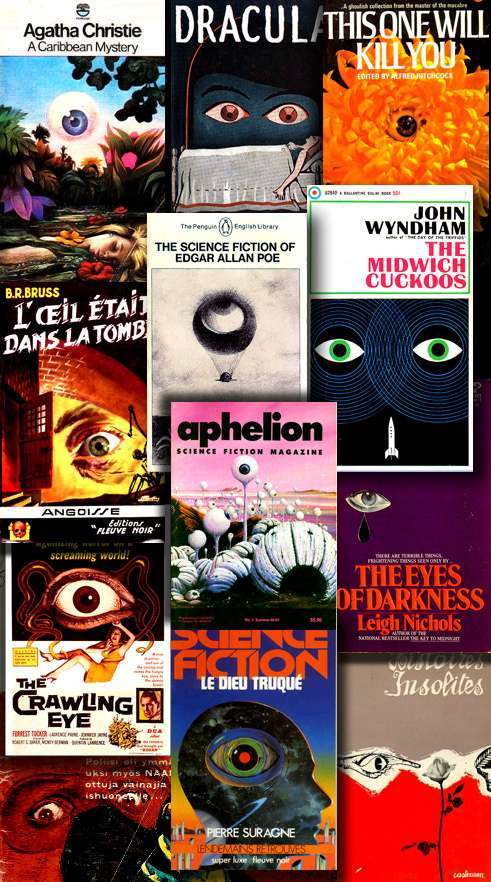 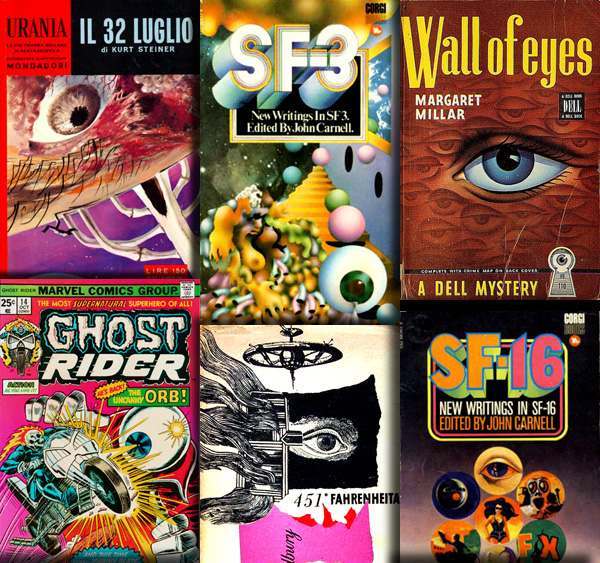 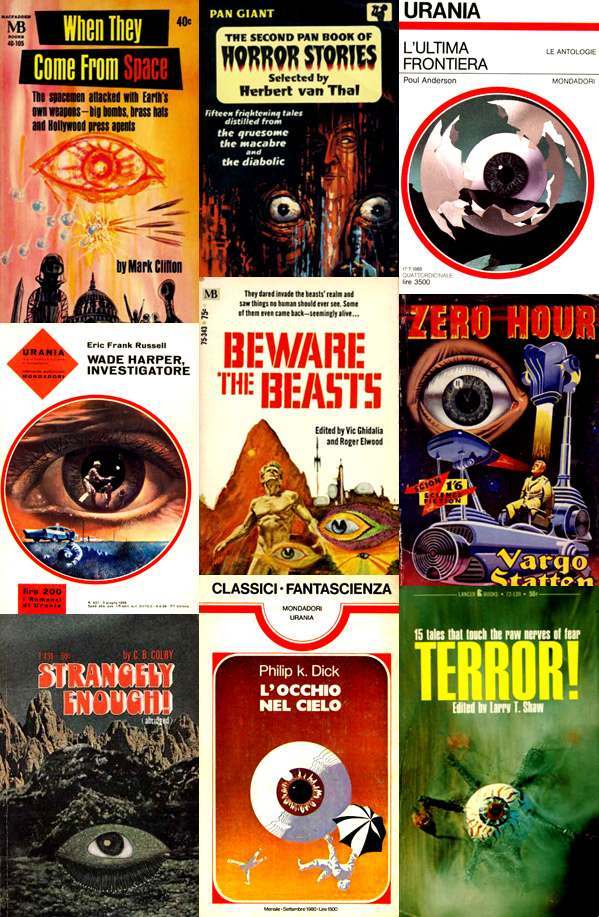 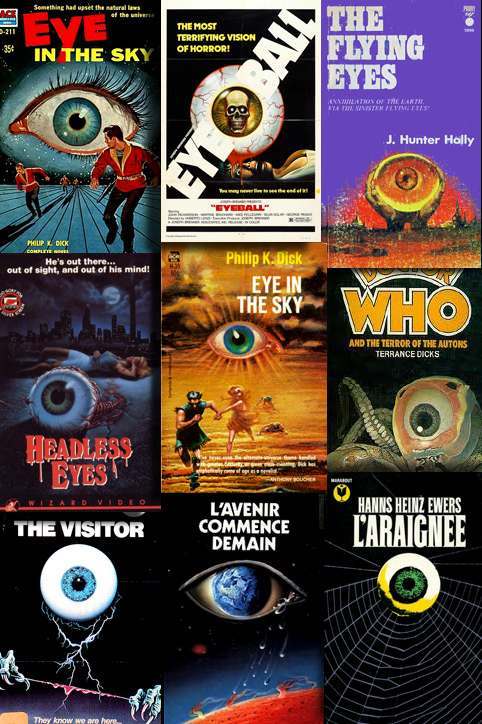 Well, now that we’ve all been scanned by dozens of creepy headless eyes, let’s try and go about our daily lives with feeling paranoid and watched.  Cheers!