“Let us be inspired by their examples by seeking to translate the softest and most delicate colours in nature, and in this way we too will make a work of art”
– Antonin Personnaz 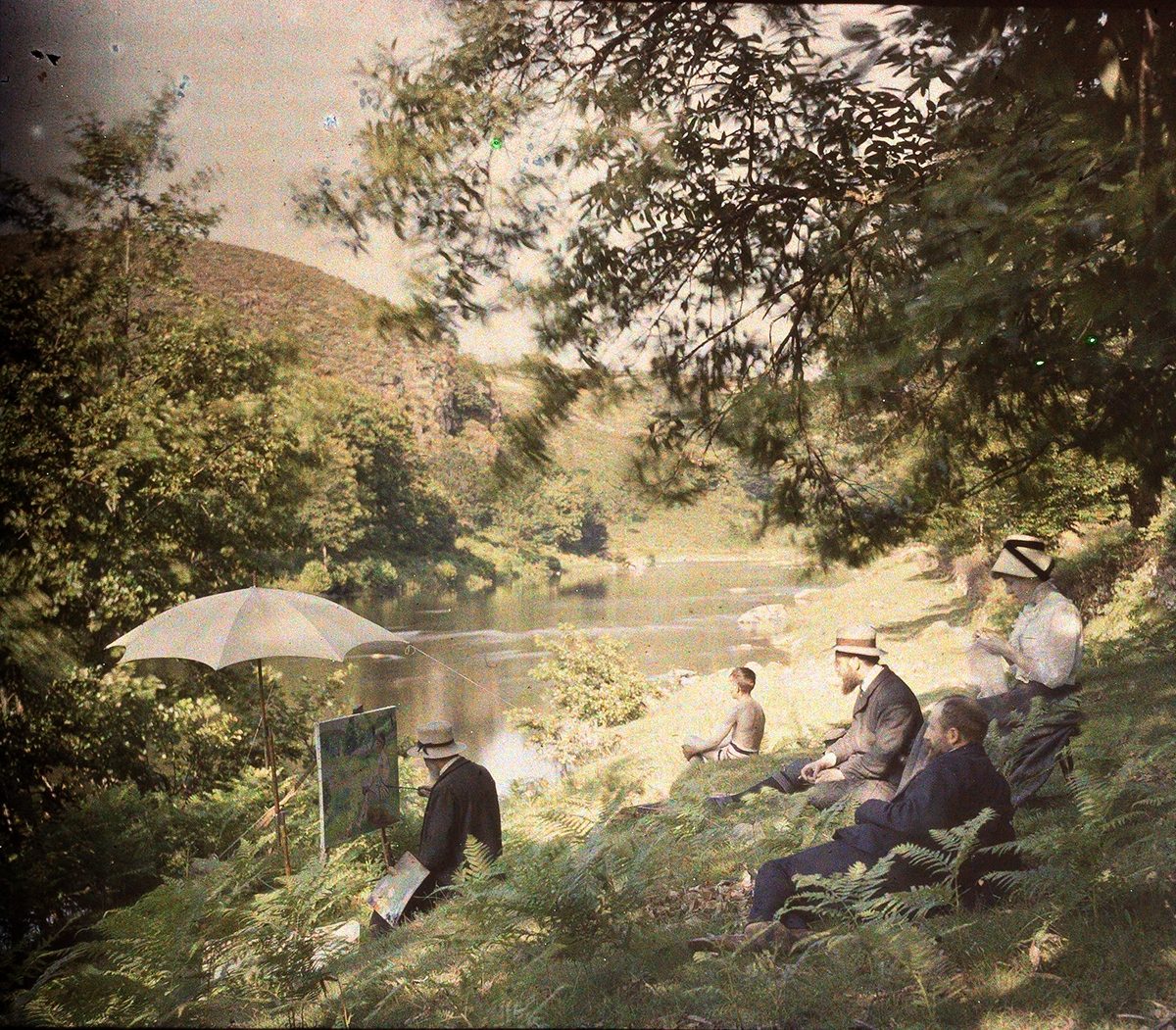 “Antonin Personnaz used autochrome in a way that was quite original at the time,” explains Christophe Duvivier, director of Pissarro Museum in Pontoise, France. “Most of those who, from 1907 onwards, used this new technique, took advantage of being able to capture color to make portraits or still lifes that were very chromatic, that ‘popped.’”

Like Mervyn O’Gorman’s spellbinding pictures of his daughter Christina on the beach Lulworth Cove in Dorset, England, in 1913 and French photographer Gustave Gain’s vibrant nudes and portraits.

Having won prizes in photography contests, in 1906, Personnaz began to work with autochromes, using the technique invented by bothers Auguste and Louis Lumière. As he wrote:

“Messieurs Lumière have given us a marvelous technique that allows us to automatically create pictorial works. […] Let us not limit ourselves to using it to produce bright tones; let us look to master landscape painters: the Cazins, the Monets, the divine Corot who, in order to exalt the tender greens and harmonious grays of his landscapes, was content with the red headdress of a peasant girl. Let us be inspired by their example and seek to render nature’s softest, most delicate hues, and we will thus create a work of art.”

He produced more than a thousand plates in that medium, the grainy rendering of which lends it an Impressionist quality.

Expert in what he termed the “autochromie artistique”,  Personnaz moved to take pictures of bucolic places depicted by the painters such as landscapes of the Val-de-Seine and Auvers sur Oise.

For him, “the Autochrome plate sees… with the precursor eye [of the] valiant Impressionists.” 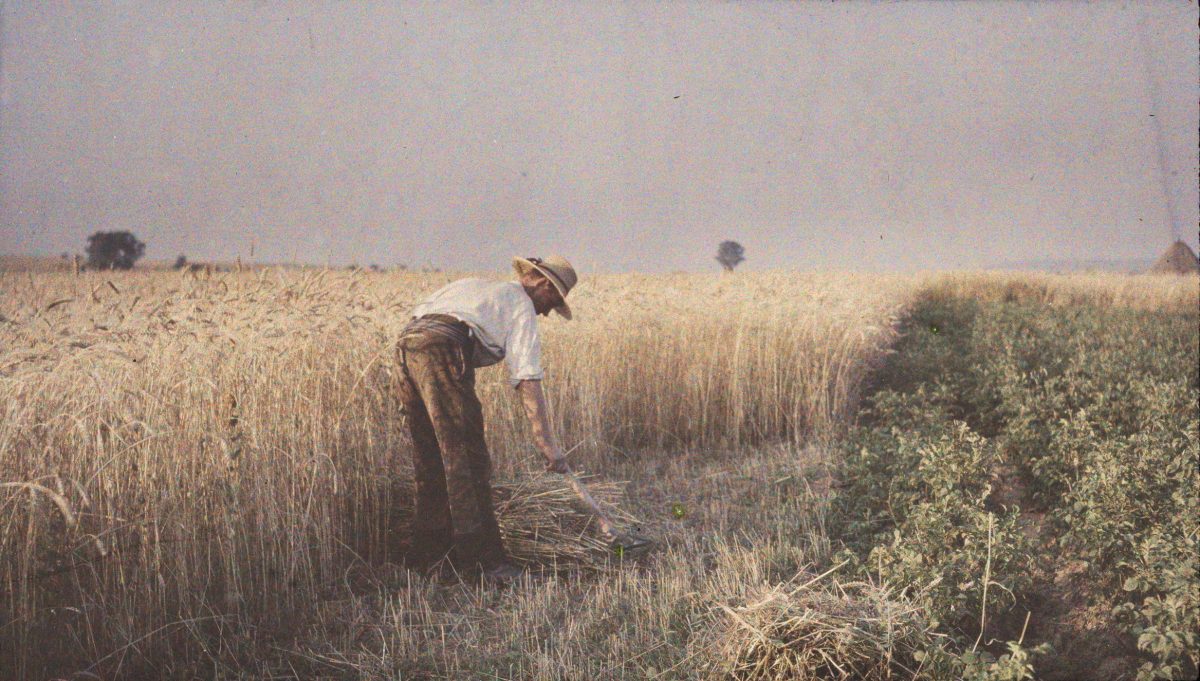 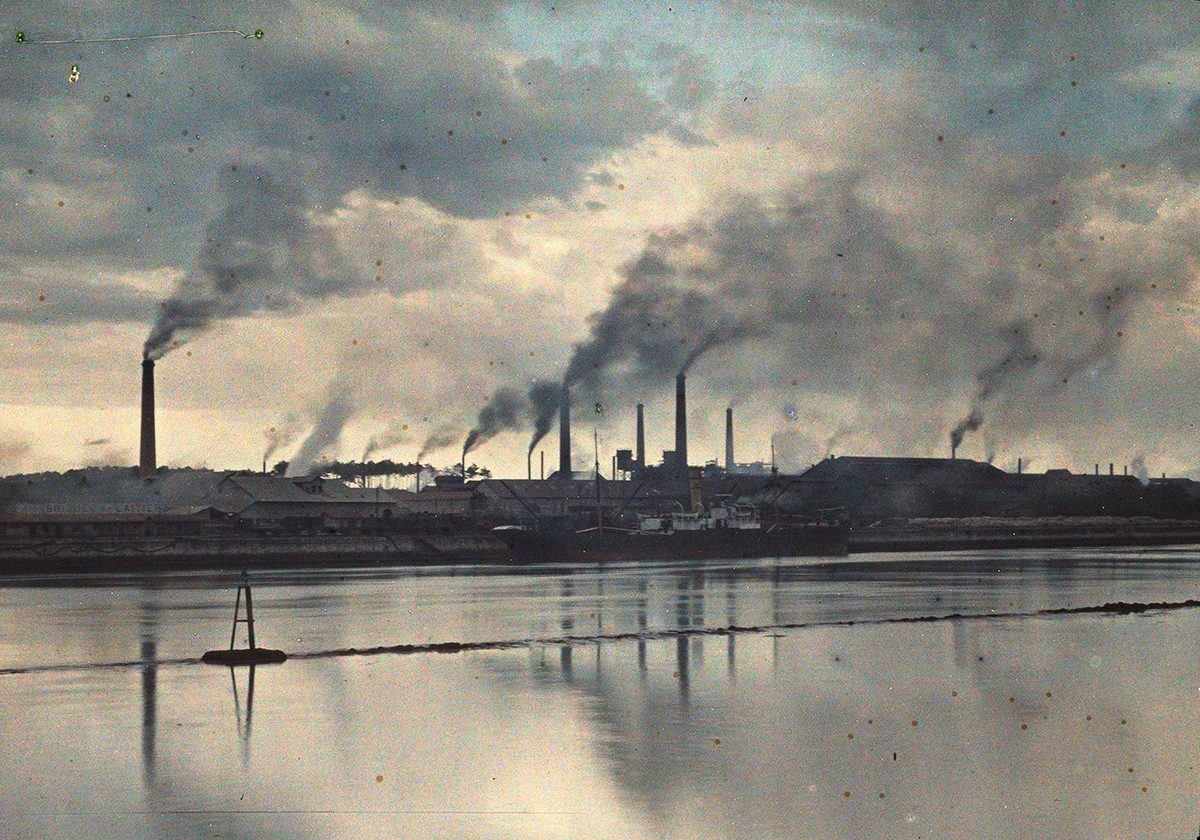 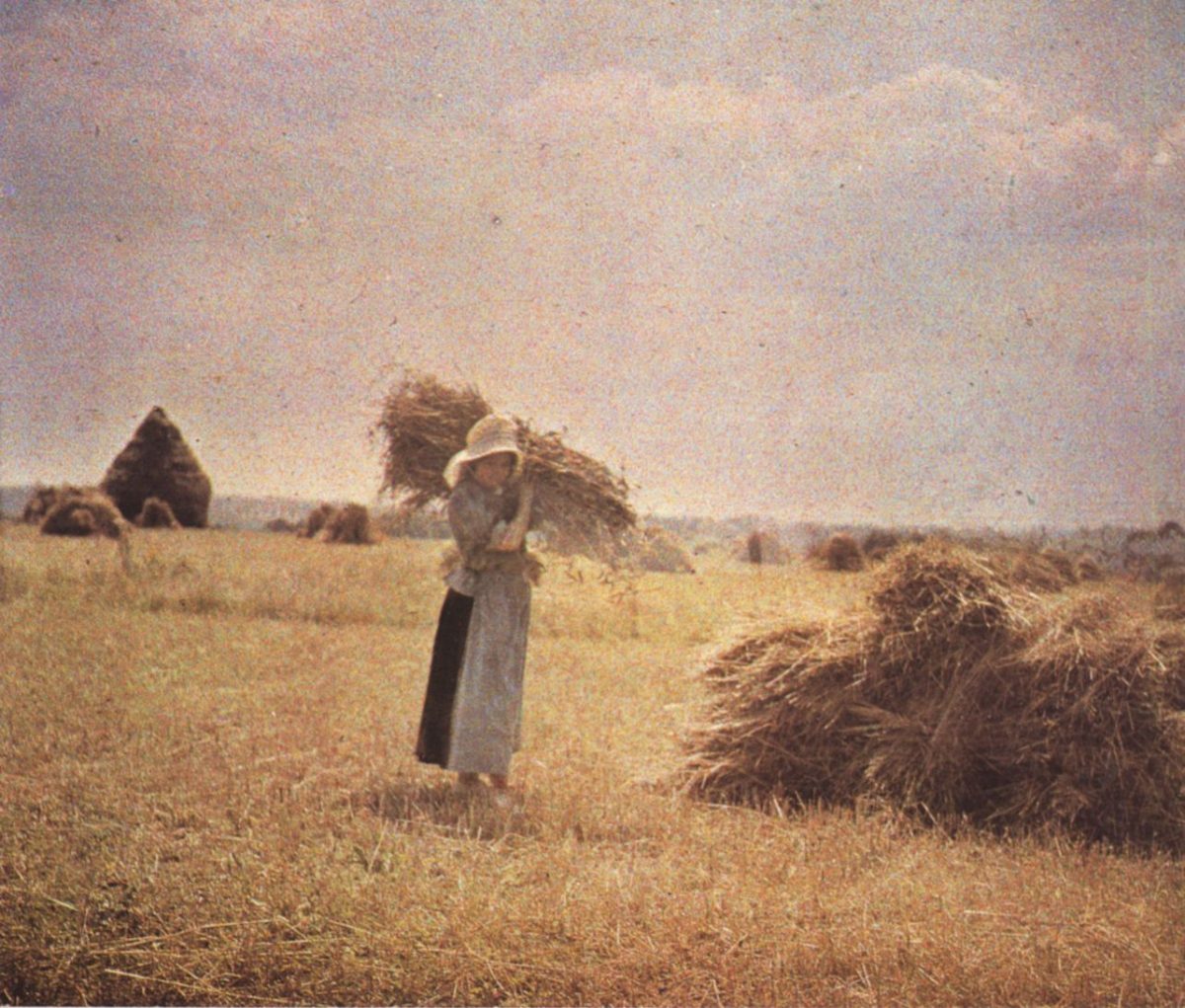 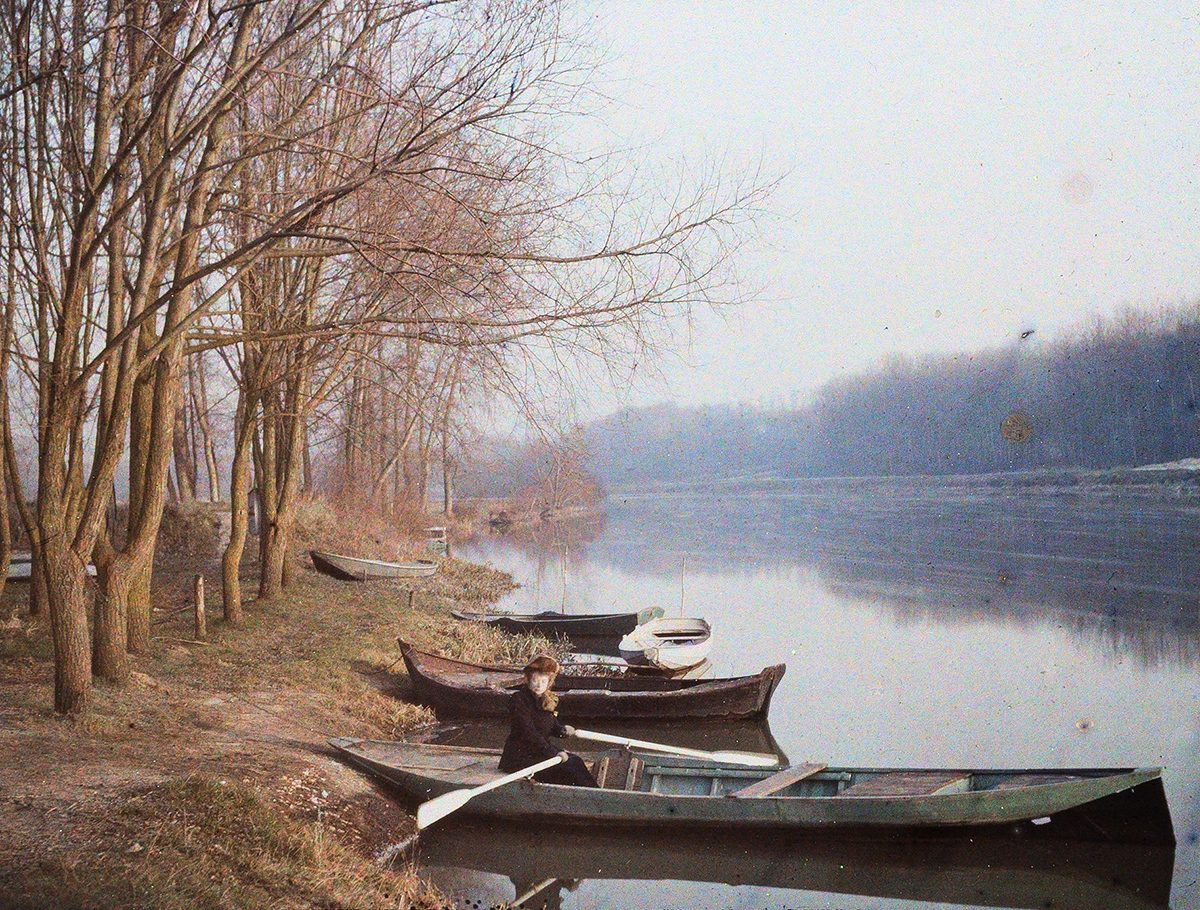 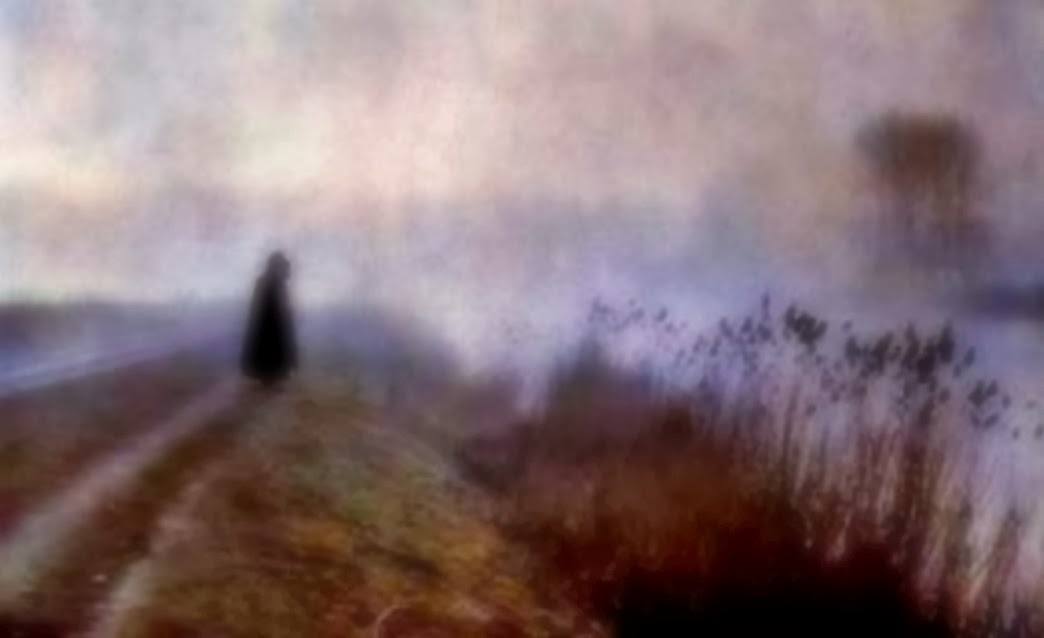 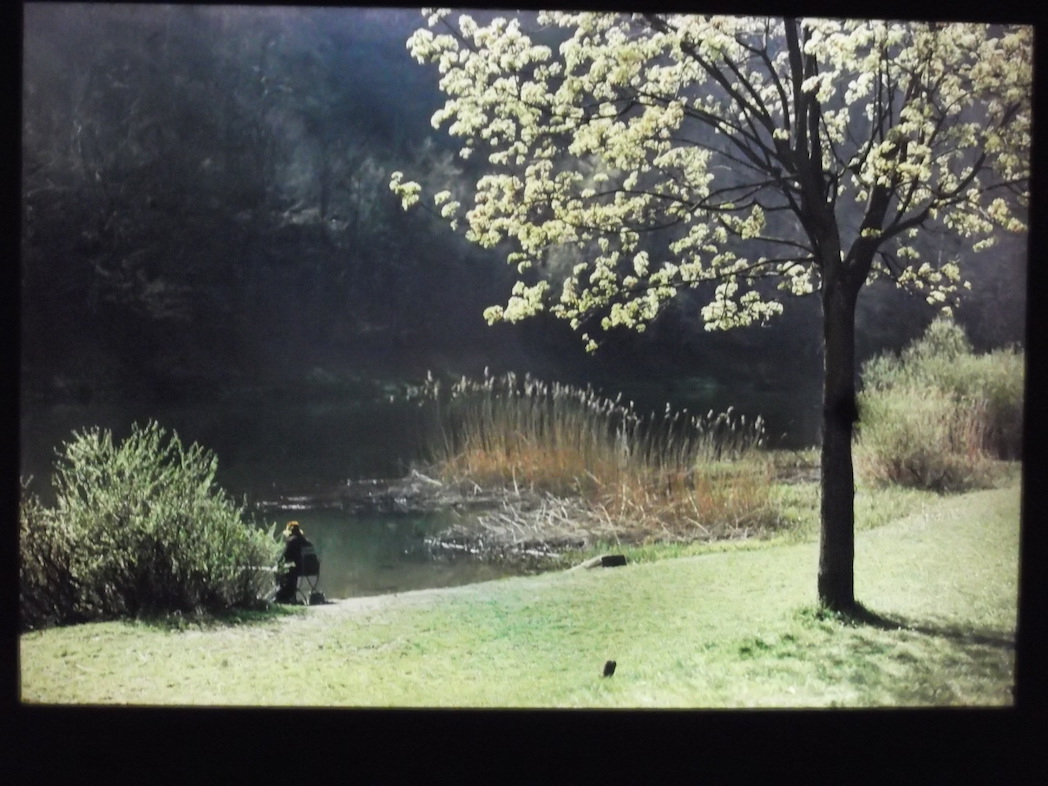 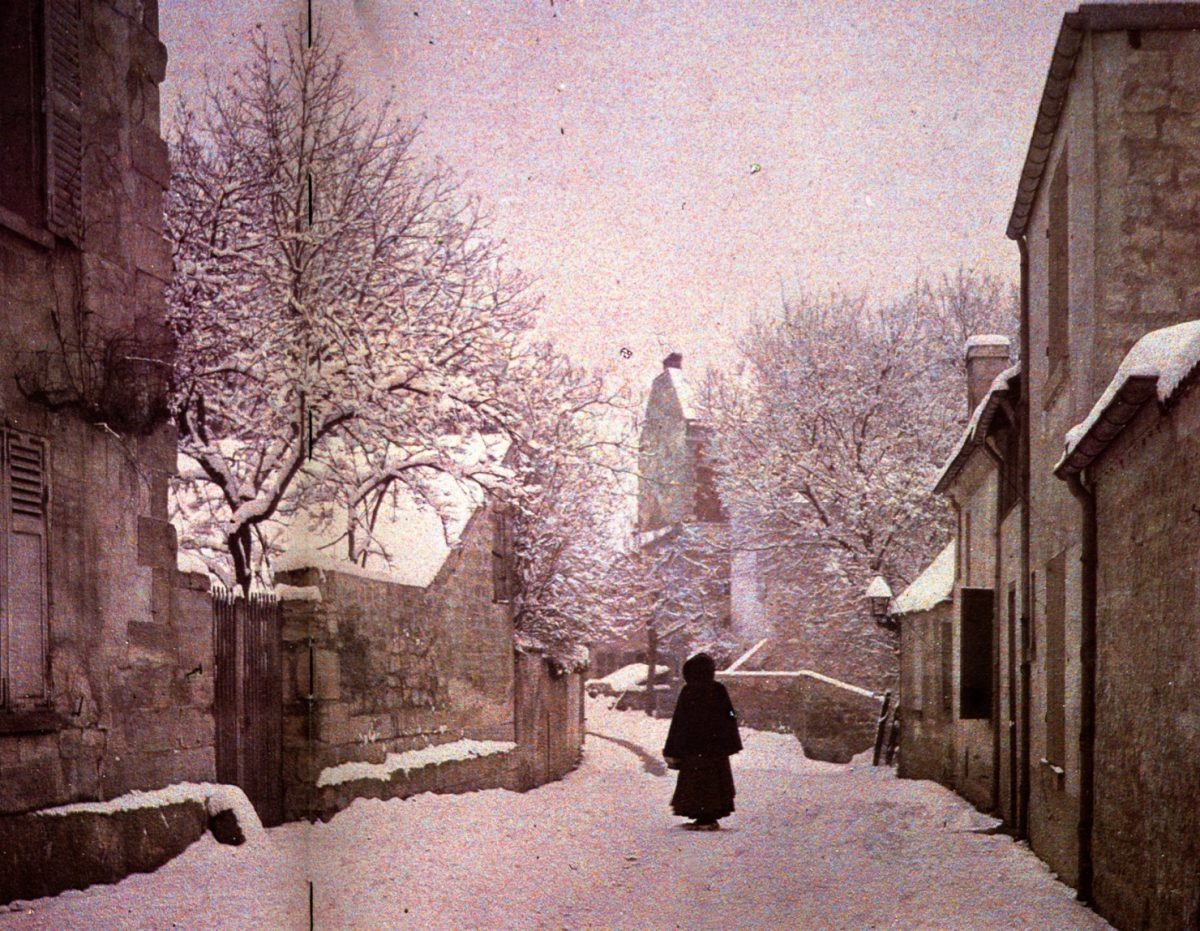 Méry-sur-Oise. The Oise River upstream of Auvers-sur-Oise. Loading of barges. 1907–1914 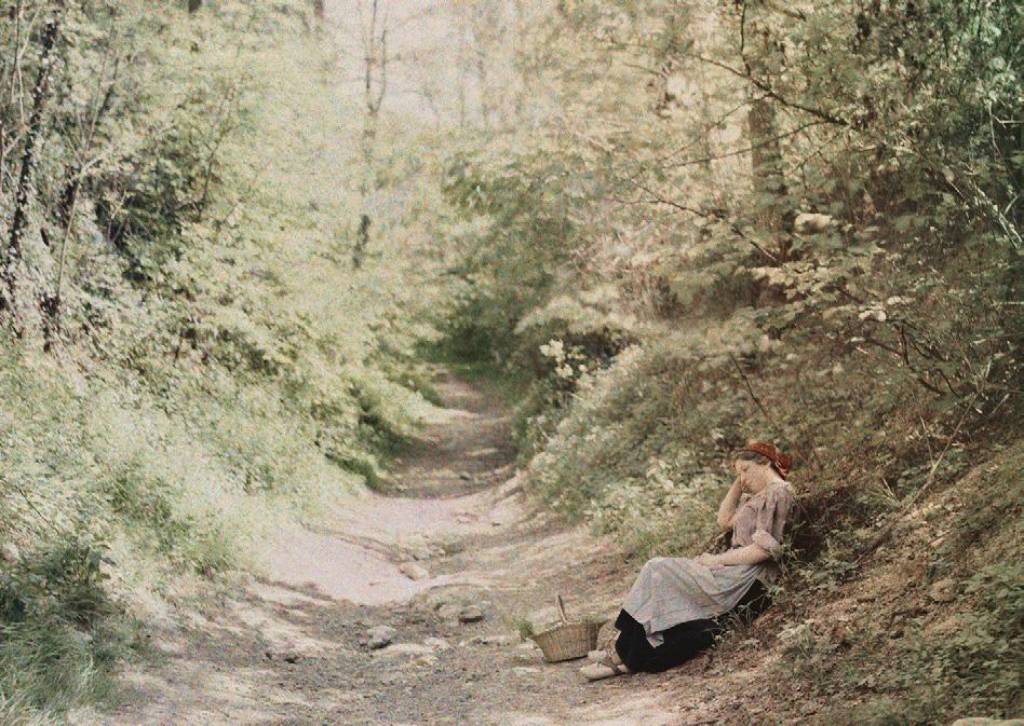 Many of the Personnaz autochromes were published in the Bulletin of the Societe Photographie Francaise, Paris. A year after his death, in 1936 his widow donated the Personnaz photography collection to the SPF. 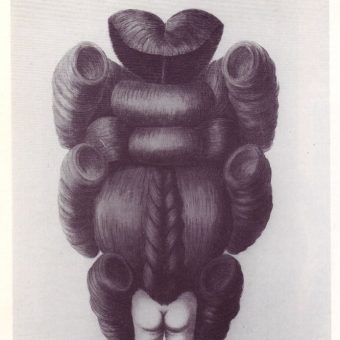 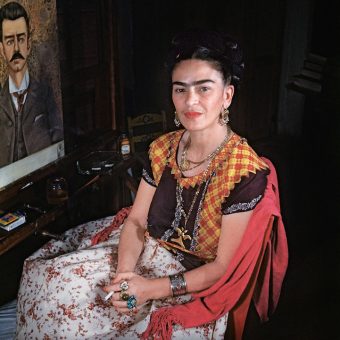