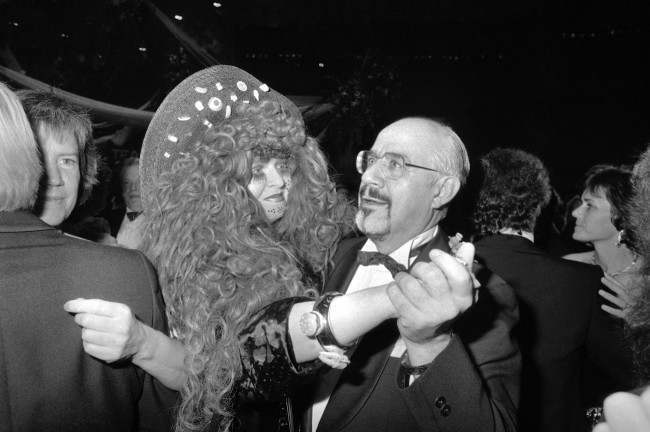 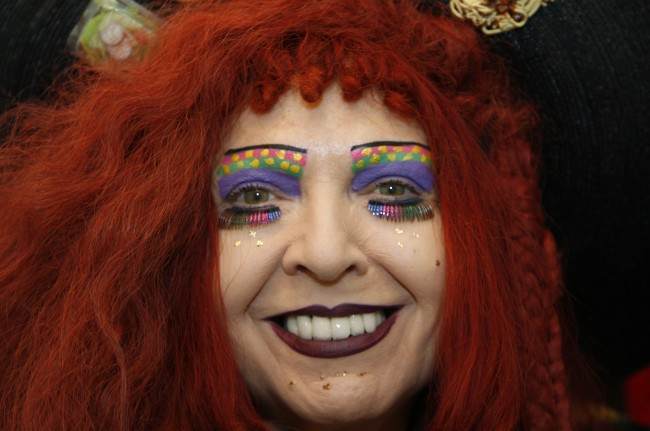 This is her husband and his work: 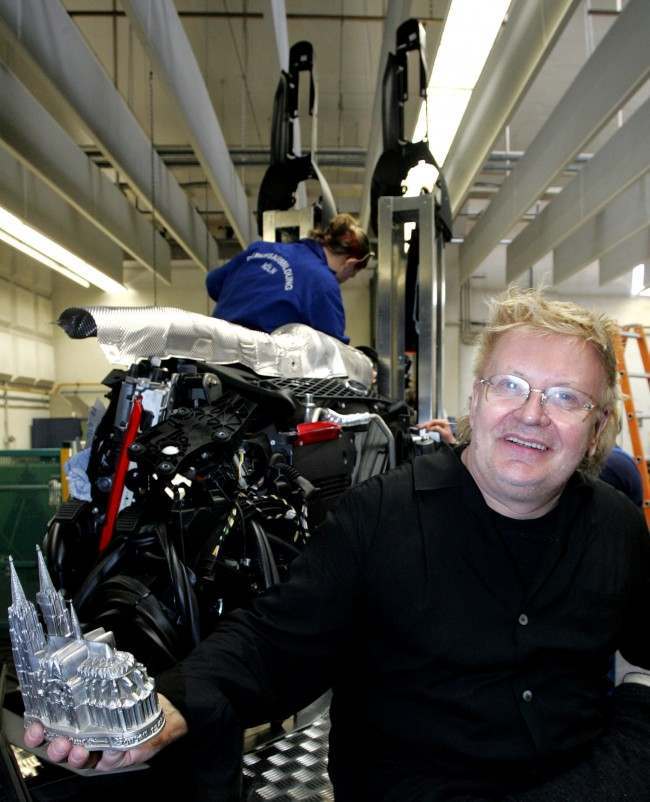 German performance artist HA Schult, right, holds a small model of the famous Cologne Cathedral, which he along with engineers and trainees of the Ford company rebuilds by assembling car fittings in Cologne, Germany, Tuesday, March 21, 2006. The sculpture, seen being assembled in background, will be auctioned to raise money for victims orphaned by the Sept. 11 terrorist attacks. The auction will be held in New York at the end of 2006. 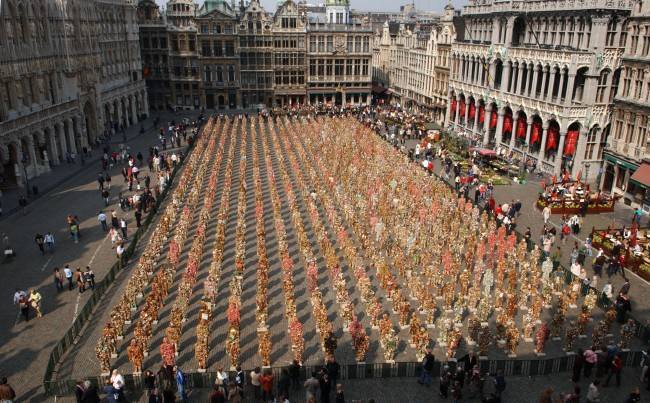 People view sculptures by the German environmental artist HA Schult at the Grand Place in Brussels, Friday April 1, 2005. The 1,000 different sculptures of ‘Trash People’ are intended to draw people’s attention to environmental problems. The exhibit opened on March 31 and runs until April 4, 2005.

And here’s Hans Klein. We were looking at Elke’s gigantic hair and HA’s zany art. But it’s Hans who turns out to be the one to watch: 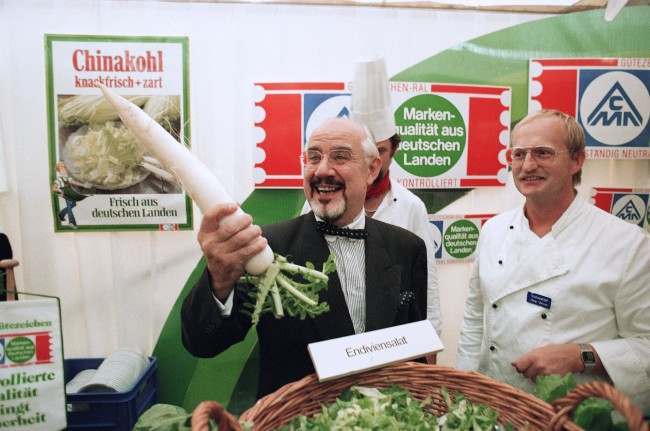 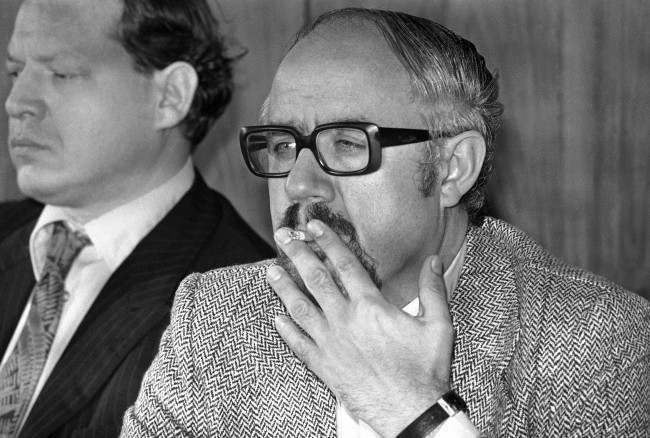 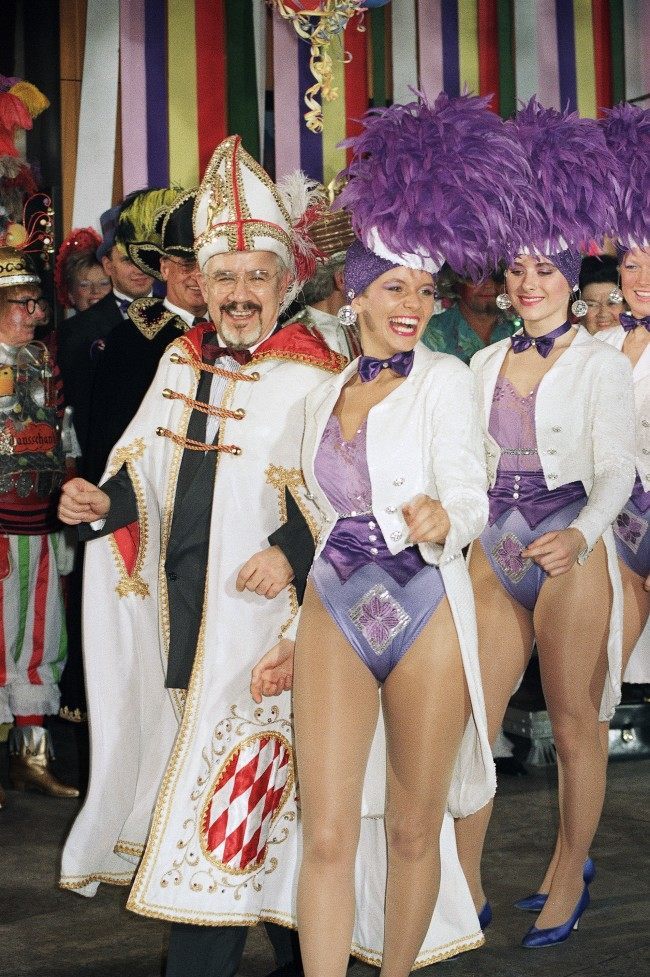 German government spokesman Hans Klein, dressed in carnival costume, left, smiles surrounded by dancers at a carnival party on February 21, 1990 at the Chancellery in Bonn, Germany.

If you spot a recurring theme, do say: 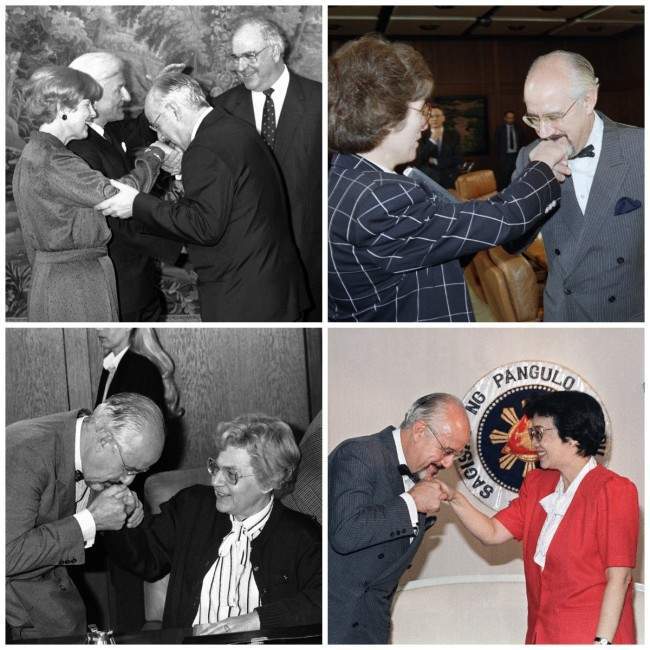 A trained journalist, a diplomat, press officer of the Olympic Games in Munich, close friend of Franz Josef Strauss and development minister. He became Helmut Kohl’s government spokesman in April 1989.  It was job he called: “The worst suicide mission to which I have ever gotten myself into.” After the Berlin Wall carbon let his chancellery minister Rudolf Seiter inform the media. ”