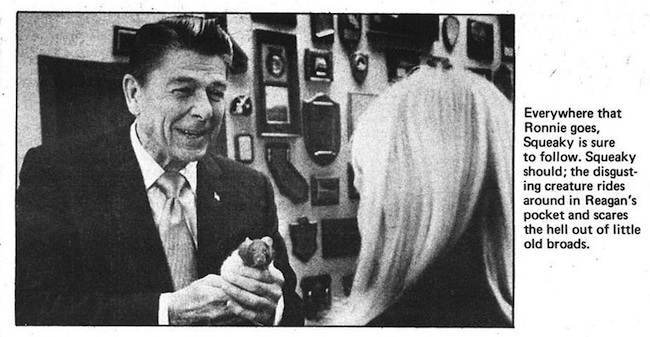 “Everywhere that Ronnie goes, Squeaky is sure to follow. Squeaky should; the disgusting creature ride around in Reagan’s pocket and scares the hell out of little old broads.”

“A mouse named Squeaky is going to cost Ronald Reagan his chance to become president. The former California Governor is turning off voters by the millions because he pulls the smelly little creature out of his jacket at political rallies and introduces it to the crowds.”

Squeaky, aka Jellybean, was, of course, the brains of the outfit. 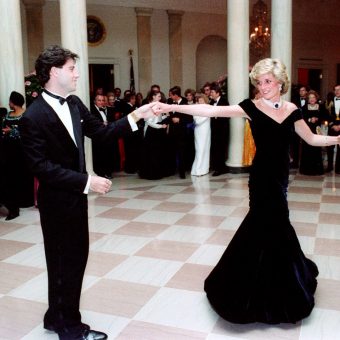