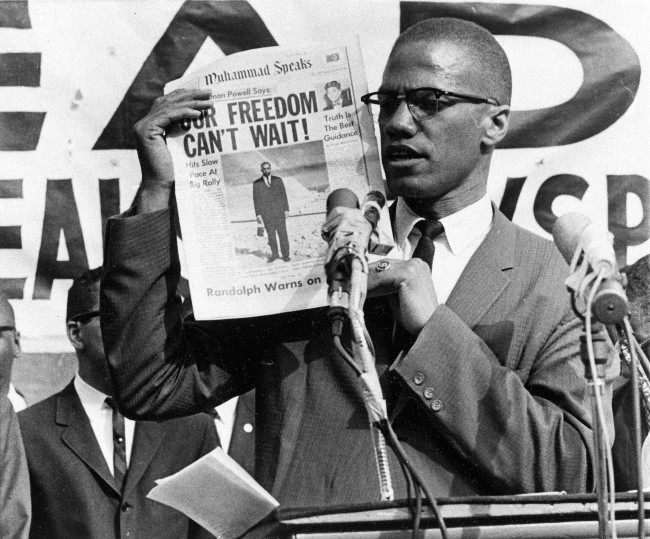 On December 3 1964, Malcolm X addressed Oxford University’s Union. He talked of power by “whatever means necessary”, of employing “intelligently directed extremism” and that suffering the slings and arrows achieved nothing. The full speech is here. Highlights are hereunder:

“I read once, passingly, about a man named Shakespeare. I only read about him passingly, but I remember one thing he wrote that kind of moved me. He put it in the mouth of Hamlet, I think, it was, who said, ‘To be or not to be.’ He was in doubt about something—whether it was nobler in the mind of man to suffer the slings and arrows of outrageous fortune—moderation—or to take up arms against a sea of troubles and by opposing end them. And I go for that. If you take up arms, you’ll end it, but if you sit around and wait for the one who’s in power to make up his mind that he should end it, you’ll be waiting a long time. And in my opinion, the young generation of whites, blacks, browns, whatever else there is, you’re living at a time of extremism, a time of revolution, a time when there’s got to be a change. People in power have misused it, and now there has to be a change and a better world has to be built, and the only way it’s going to be built—is with extreme methods. And I, for one, will join in with anyone—I don’t care what color you are—as long as you want to change this miserable condition that exists on this earth.”