The words on Guthrie’s guitar vow: “This Machine Kills Fascists.” 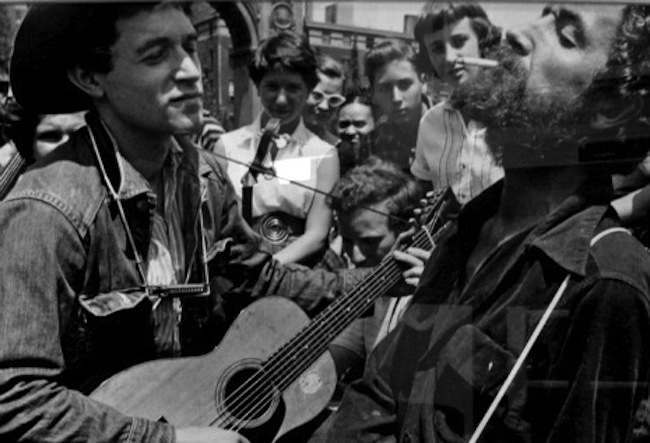 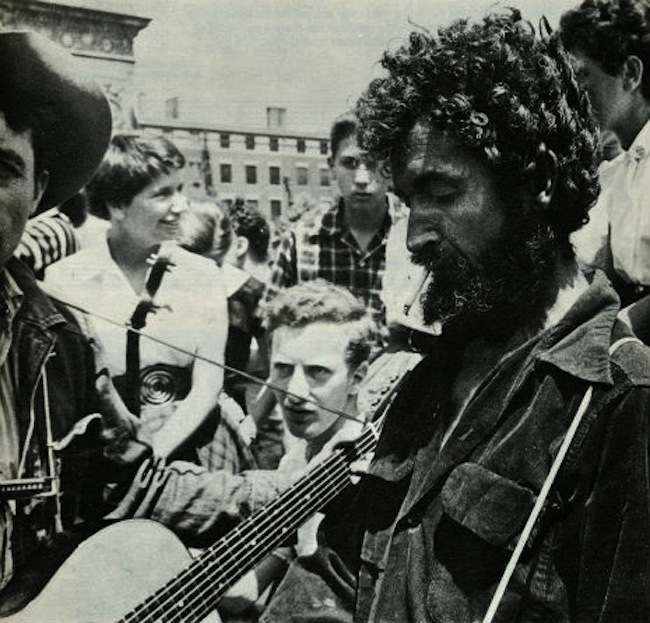 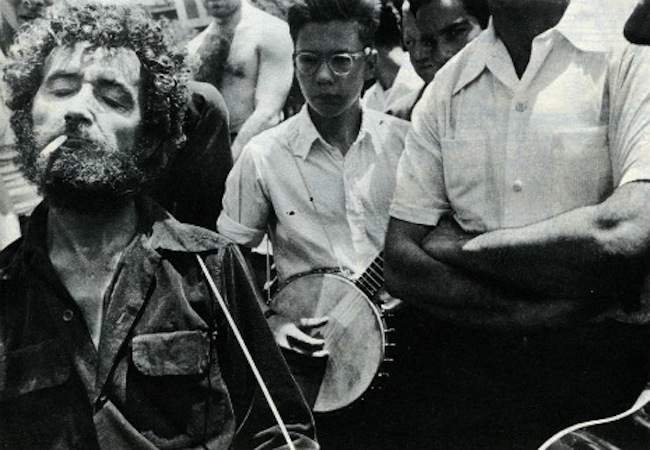 “This land is your land”, sang Woody Guthrie, his mission to reclaim the true America from the lawyers and politicians and thugs and return it to the people. He said he was just trying ‘to tell people what they already know’. Originally from a comfortably-off family in Oklahoma, he took to the road and rails to chronicle in song the depression and dustbowl. A fabulous example of American self-invention, ‘Guthrie came with the dust and he went with the wind’