IN the March 18, 1922 edition of The Passing Show, the British news magazine featured a caption swap: 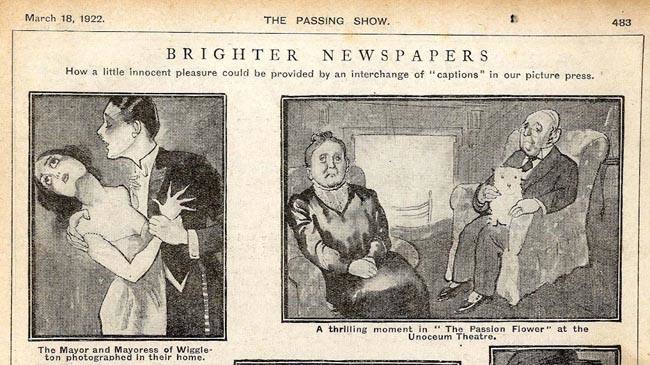 Hidden passions among the electoral elite.

Enjoying the use of the word “Hebrew” to describe a vicar. They do so love their tea. 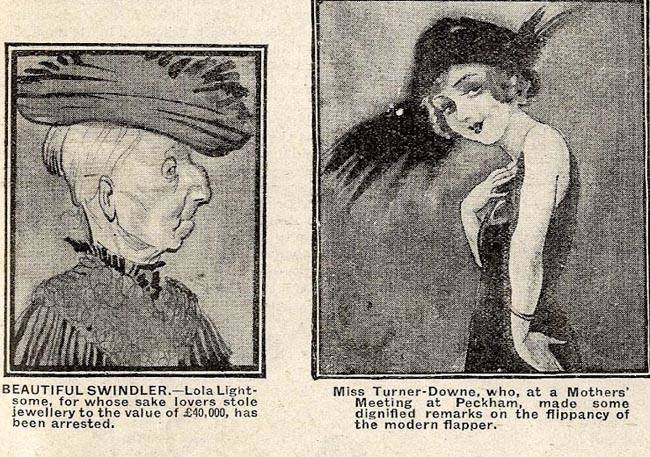 The two stories are much improved. 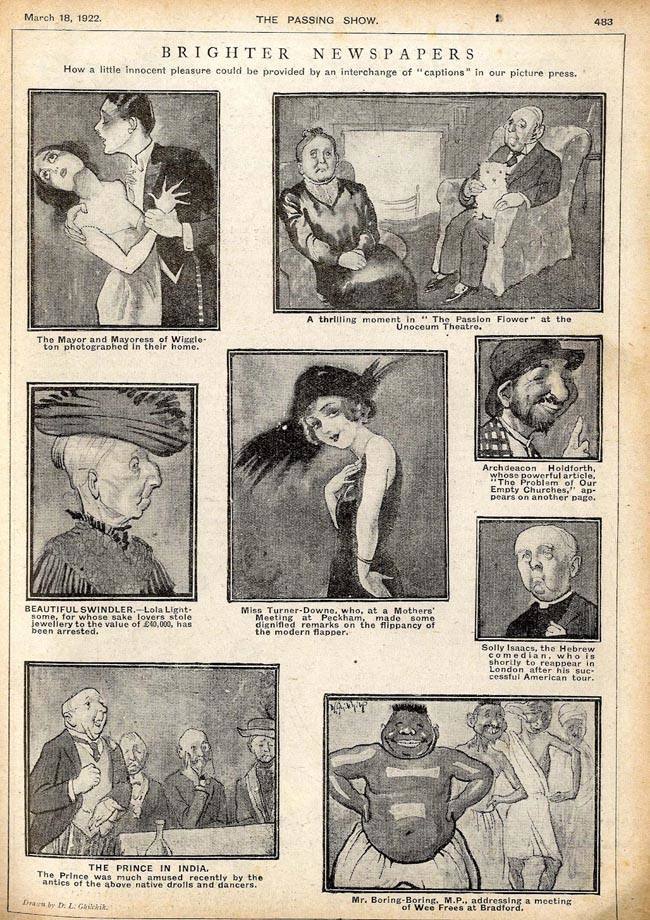 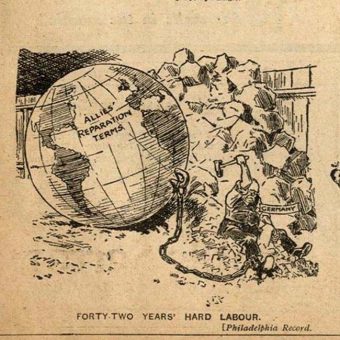