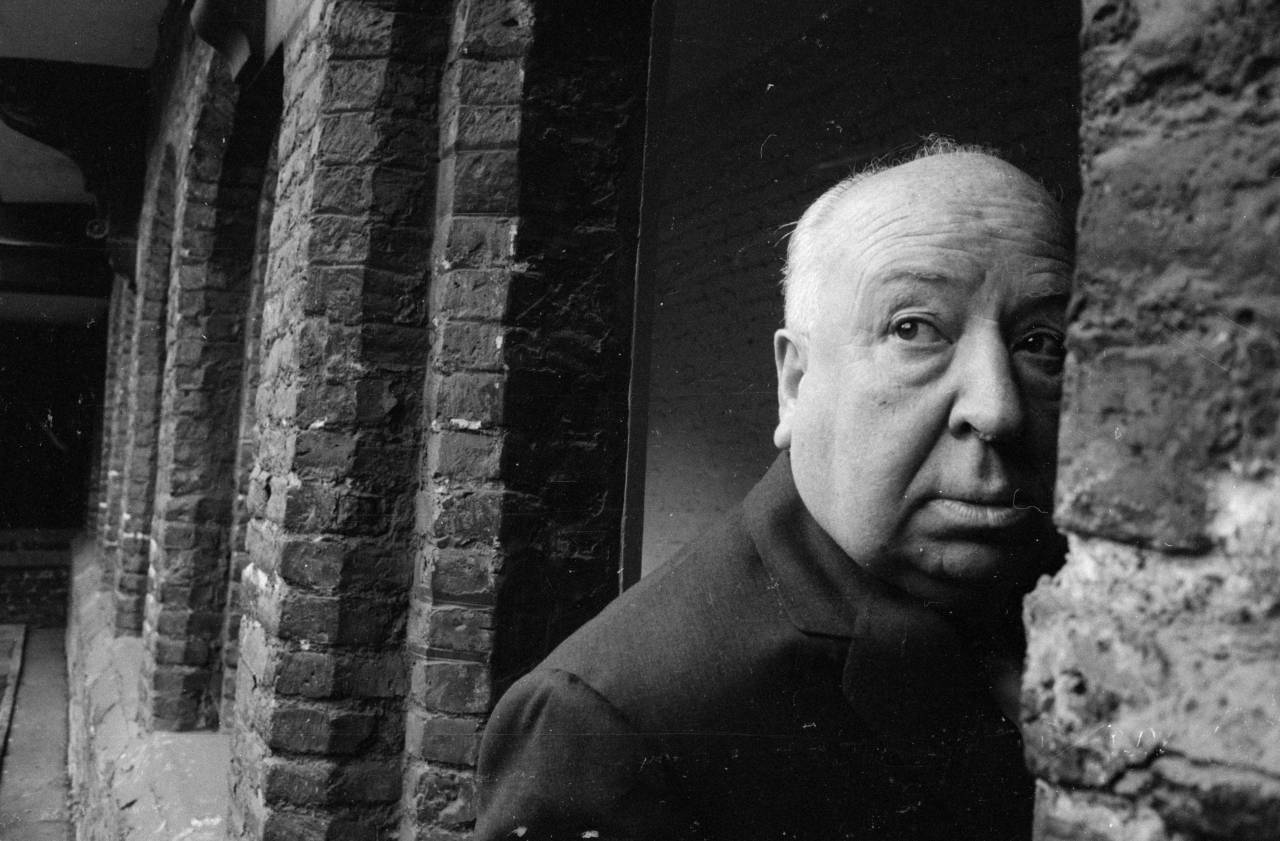 In March of 1962, Alfred Hitchcock was filming The Birds in Bodega Bay. He took a break to greet the pupils at a local school. The school’s principal thanks him in a letter. One child had been changed by the visit. 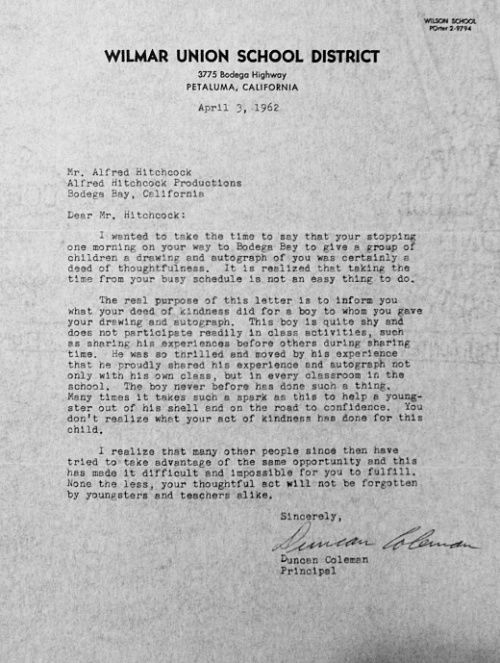 I wanted to take the time to say that your stopping one morning on your way to Bodega Bay to give a group of children a drawing and autograph of you was certainly a deed of thoughtfulness. It is realized that taking the time from your busy schedule is not an easy thing to do.

The real purpose of this letter is to inform you what your deed of kindness did for a boy to whom you gave your drawing and autograph. This boy is quite shy and does not participate readily in class activities, such as sharing his experiences before others during sharing time. He was so thrilled and moved by his experience that he proudly shared his experience and autograph not only with his own class, but in every classroom in the school. The boy never before has done such a thing. Many times it takes such a spark as this to help a youngster out of his shell and on the road to confidence. You don’t realize what your act of kindness has done for this child.

I realize that many other people since then have tried to take advantage of the same opportunity and this has made it difficult and impossible for you to fulfill. None the less, your thoughtful act will not be forgotten by youngsters and teachers alike. 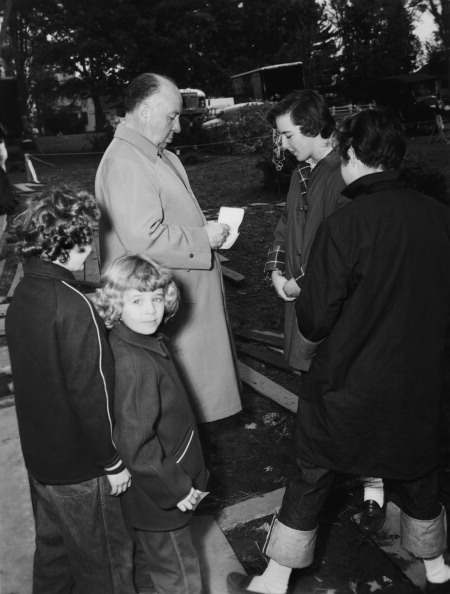 Via: Hitchcock, Piece by Piece, Letters of Note