Gathered from old California newspapers and college yearbooks, here are some compelling pictures of demonstrations against the Vietnam conflict. 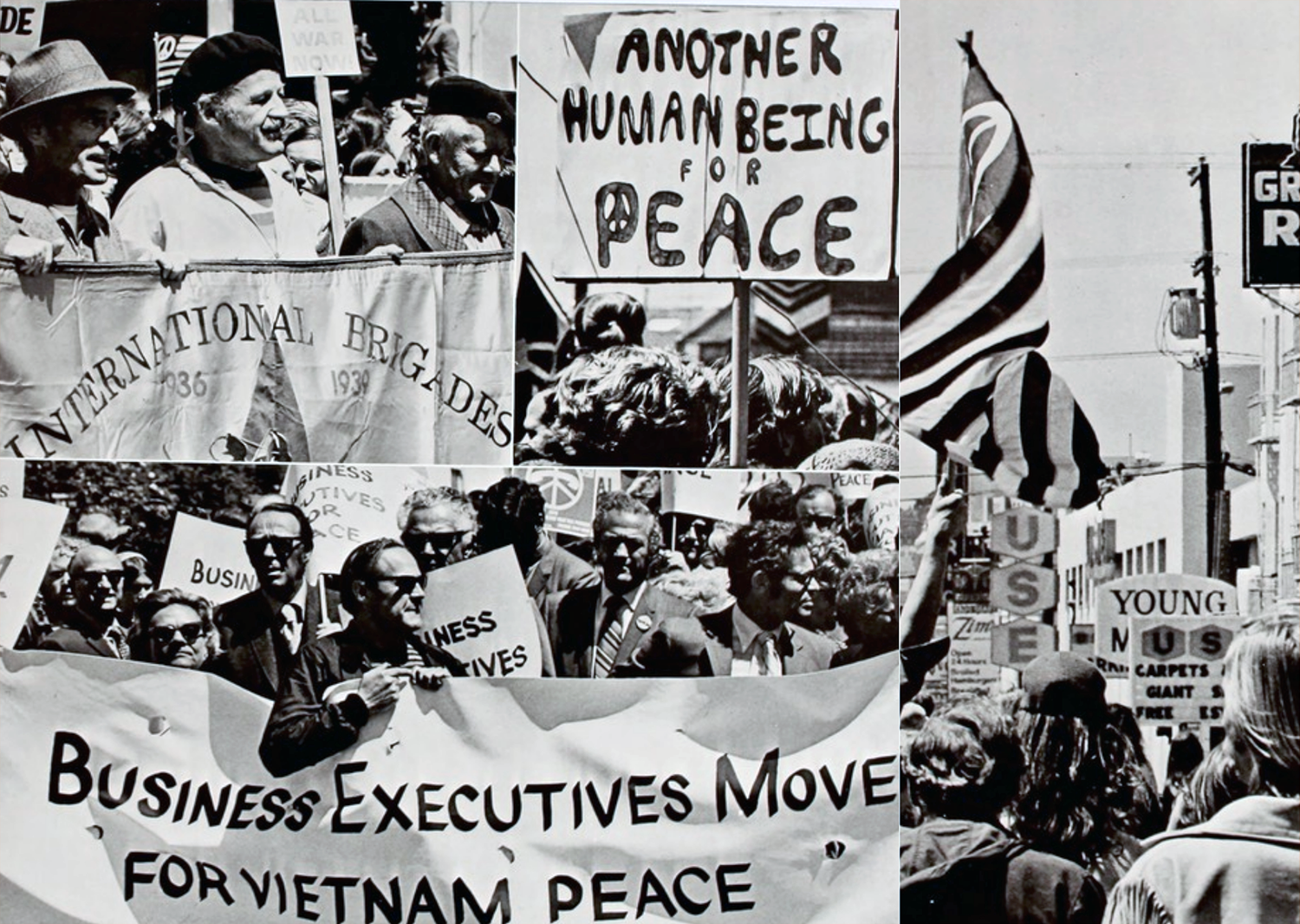 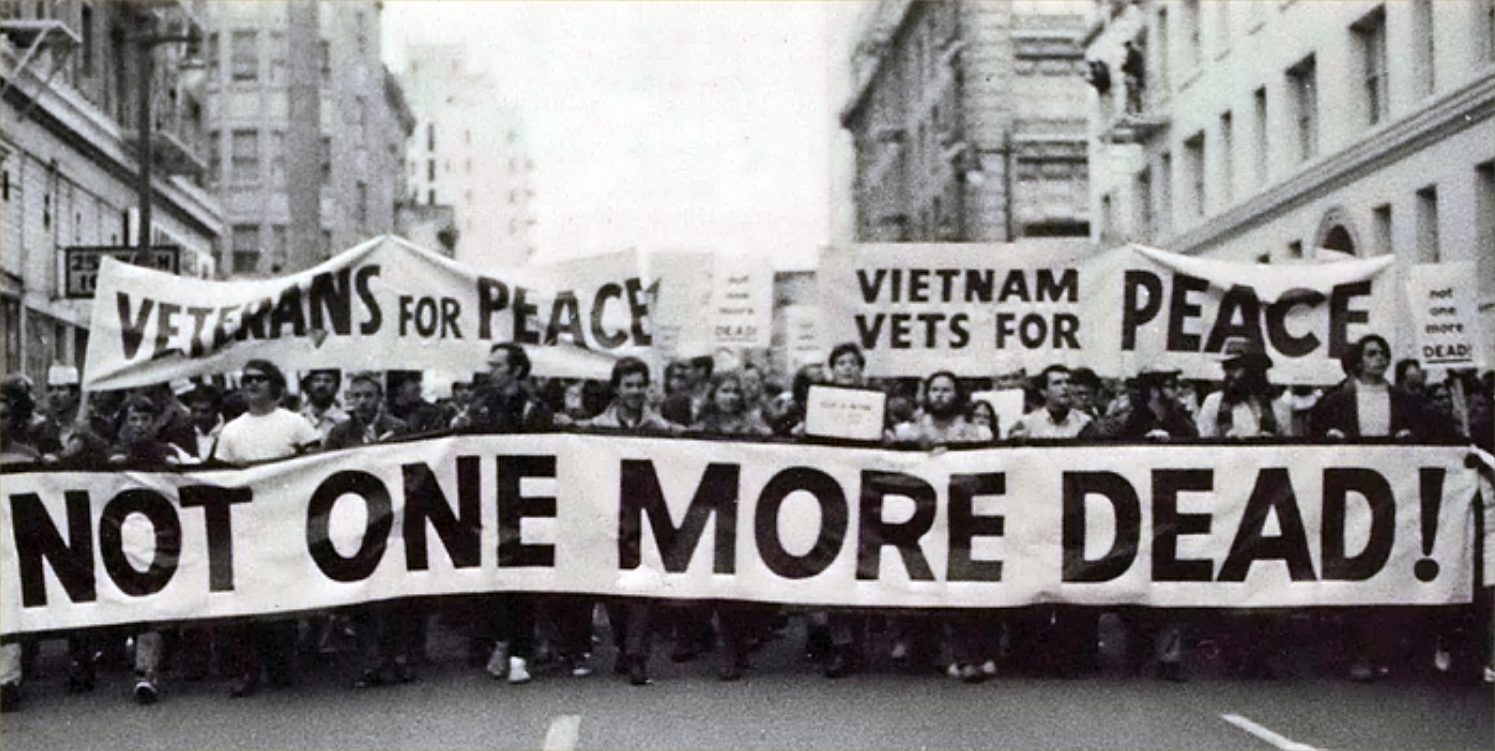 “…an estimated 200,000 marchers in a seven mile demonstration through the streets of San Francisco which ended in a peace rally at the Polo Grounds of Golden Gate park.  Speeches by leaders of the march and entertainment by such celebrities as Buffy St. Marie and Phil Ochs highlighted the rally.” 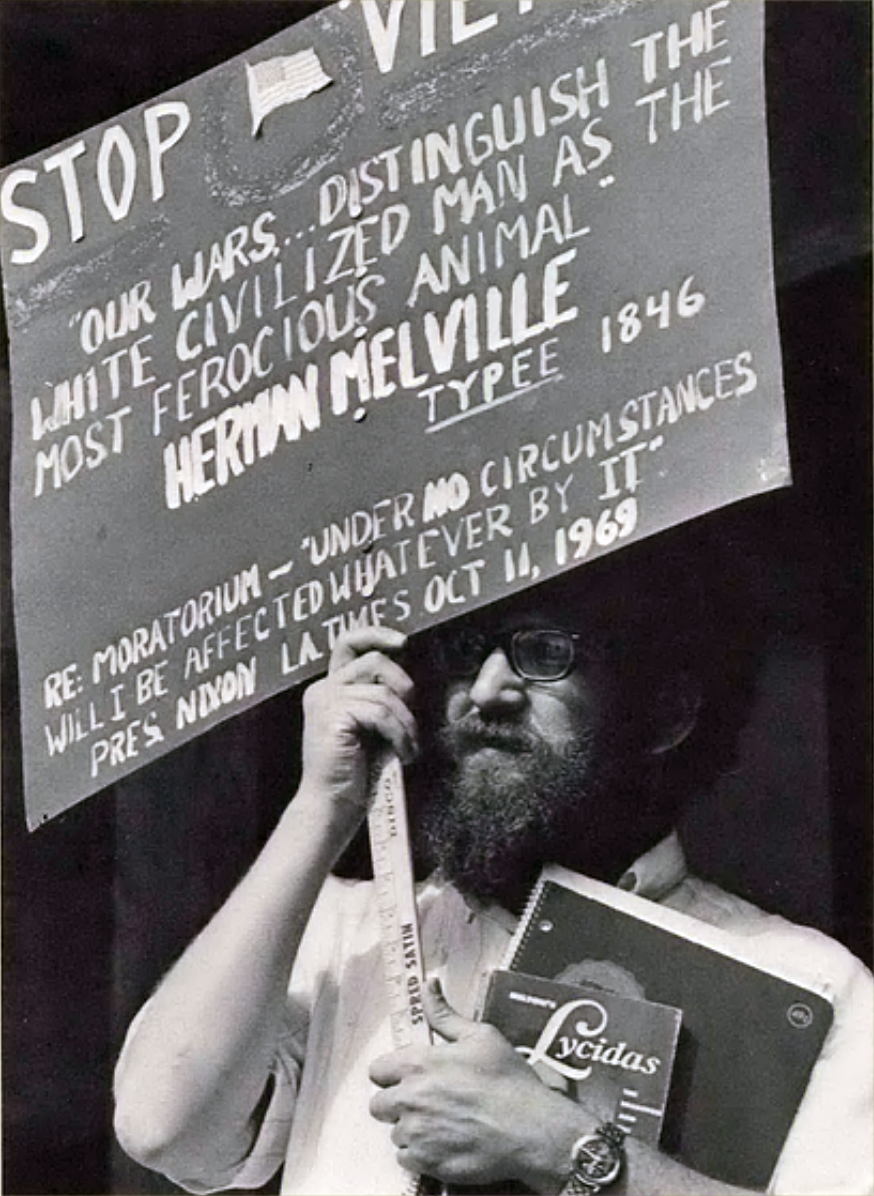 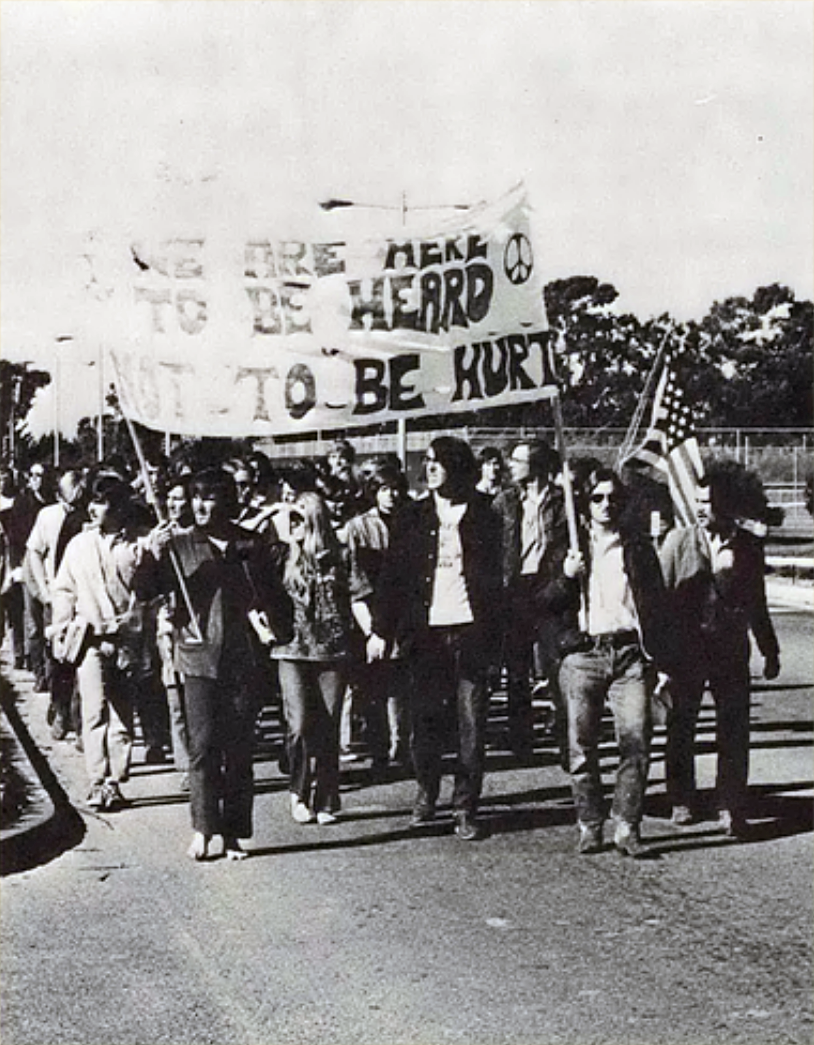 “We are here to be heard, not to be hurt”

Living in an age when the US can drop the Mother Of All Bombs on another country and launch tens of thousands of drone attacks with barely a peep of discontent from the citizenry, it’s refreshing to see a population rallying around the cause of peace.  Were the Vietnam protesters perfect? Not even nearly so.  But a degree of resistance to government military intervention is a healthy thing – we could use a dose of it right now; it’s long overdue (in this author’s humble opinion). 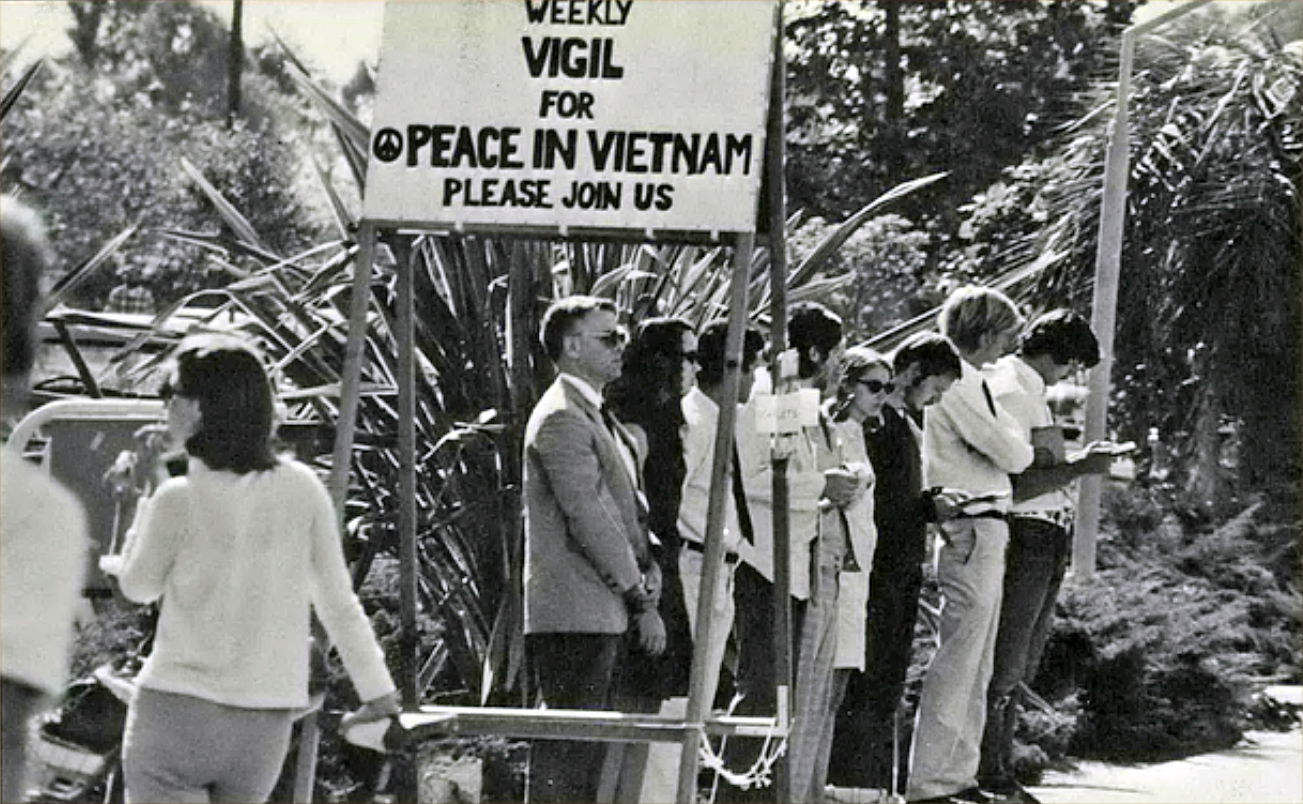 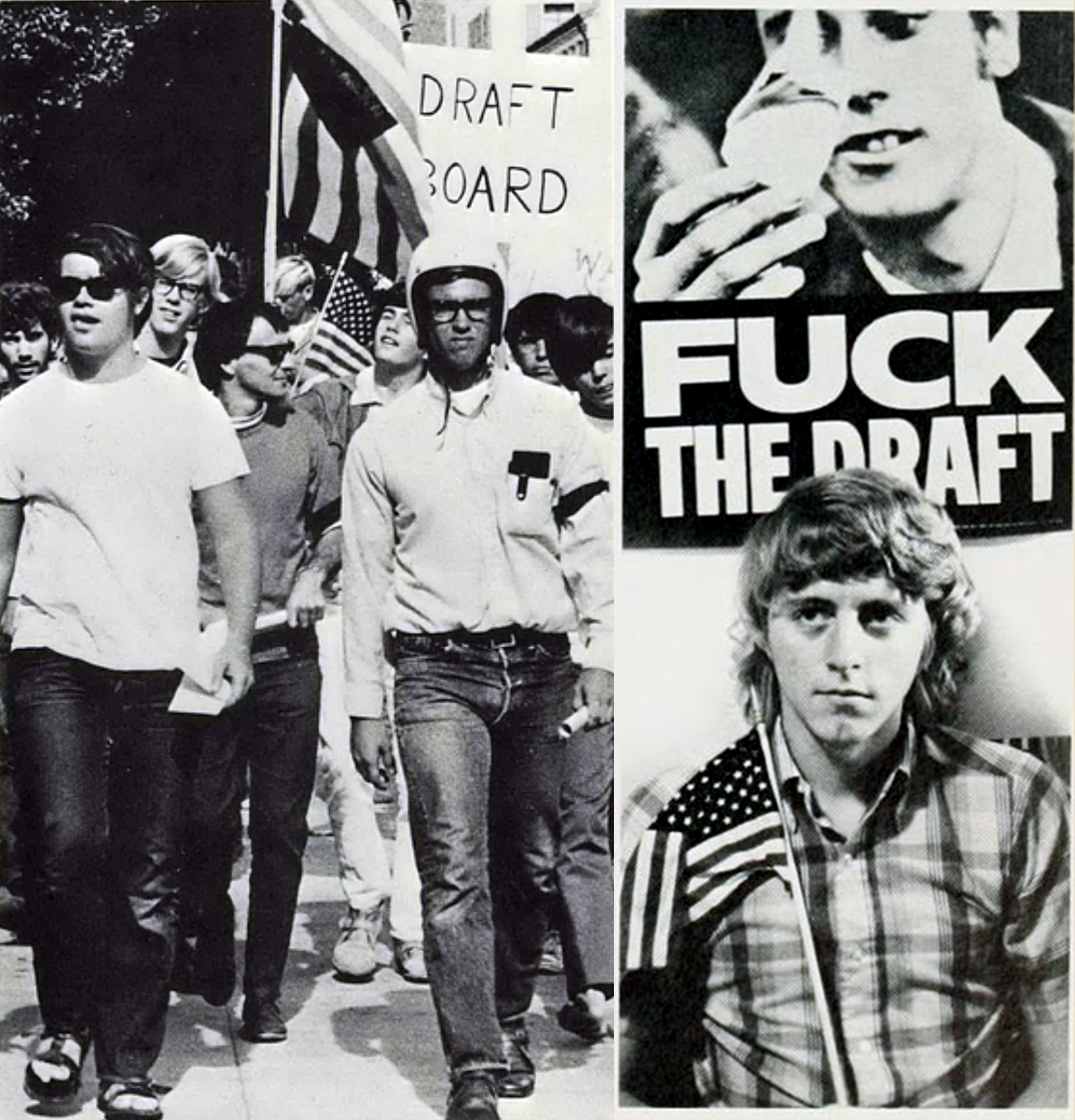 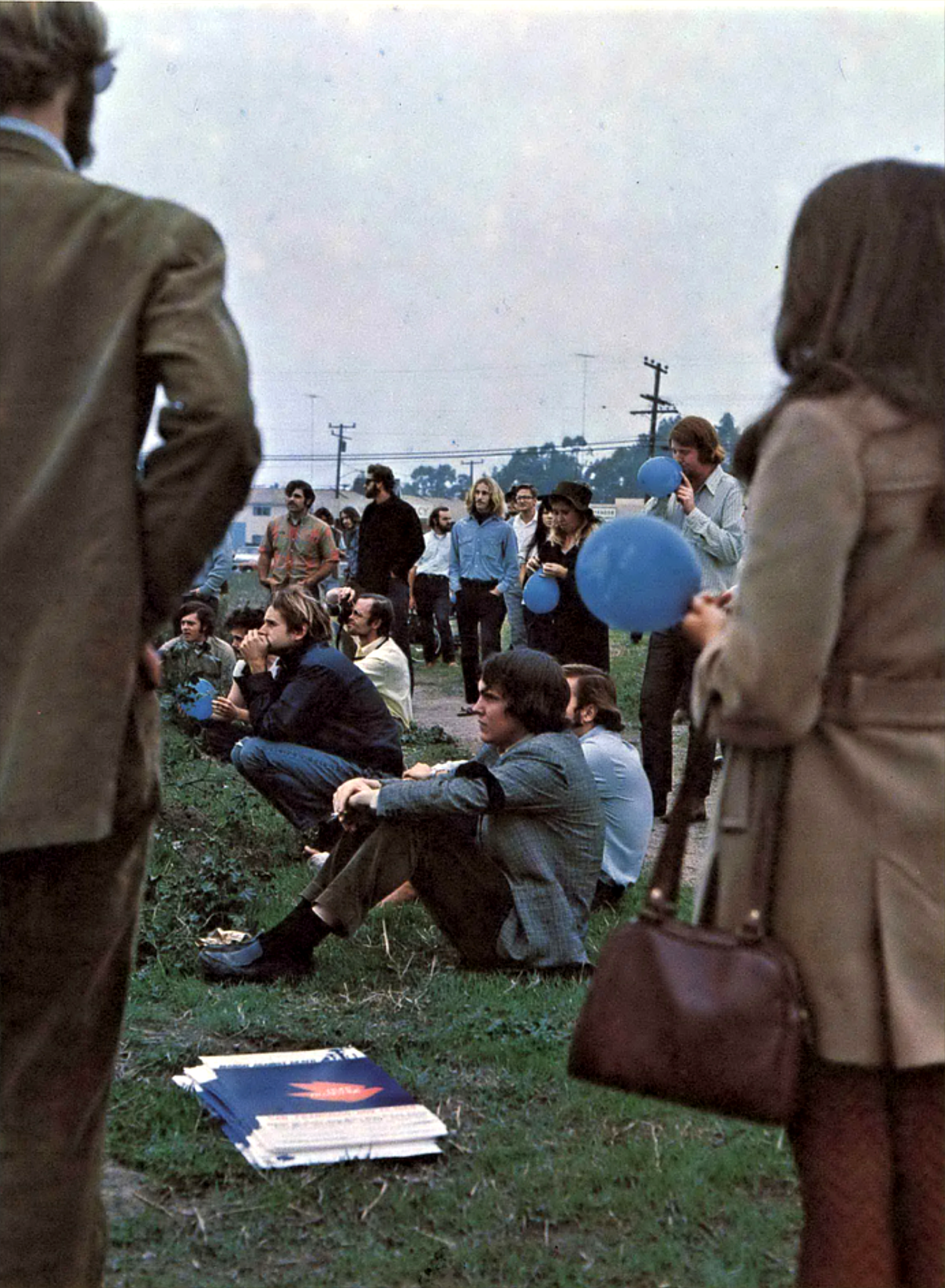 What’s truly sad is that these same battlegrounds of free speech have since walled themselves in; folded in upon themselves into an irrelevant echo chamber where comedians and voices of opposition dare not enter. 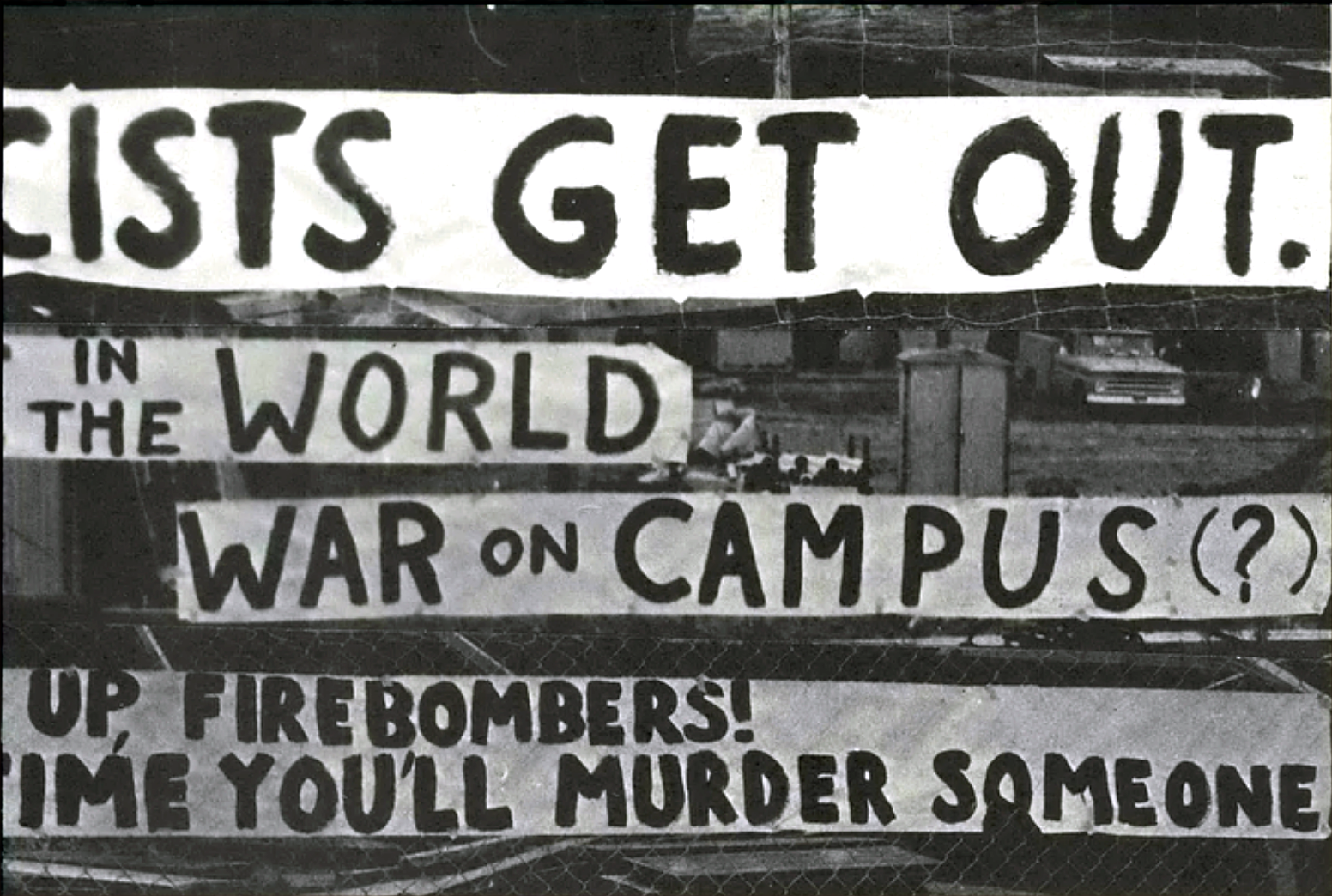 An example of where anti-war protesters clearly were out of line.  In 1969, arsonists literally firebombed the ROTC headquarters at the University of California Santa Barbara.  Several Molotov Cocktails were thrown at the building; it erupted into flames, but the fire department were quickly there before the building was destroyed.  Signs like those pictured above were put up all over campus by students against the fire bombers. 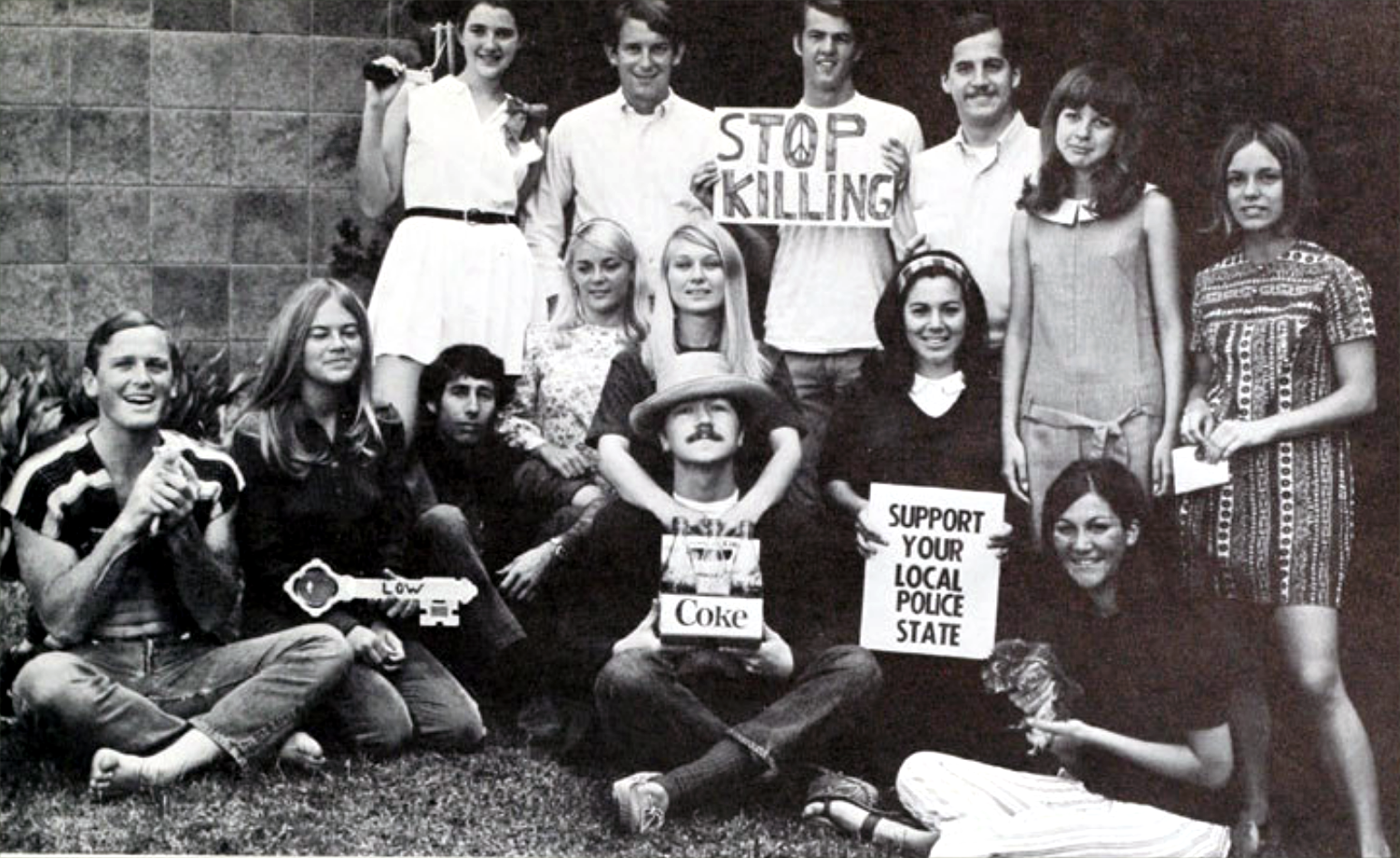 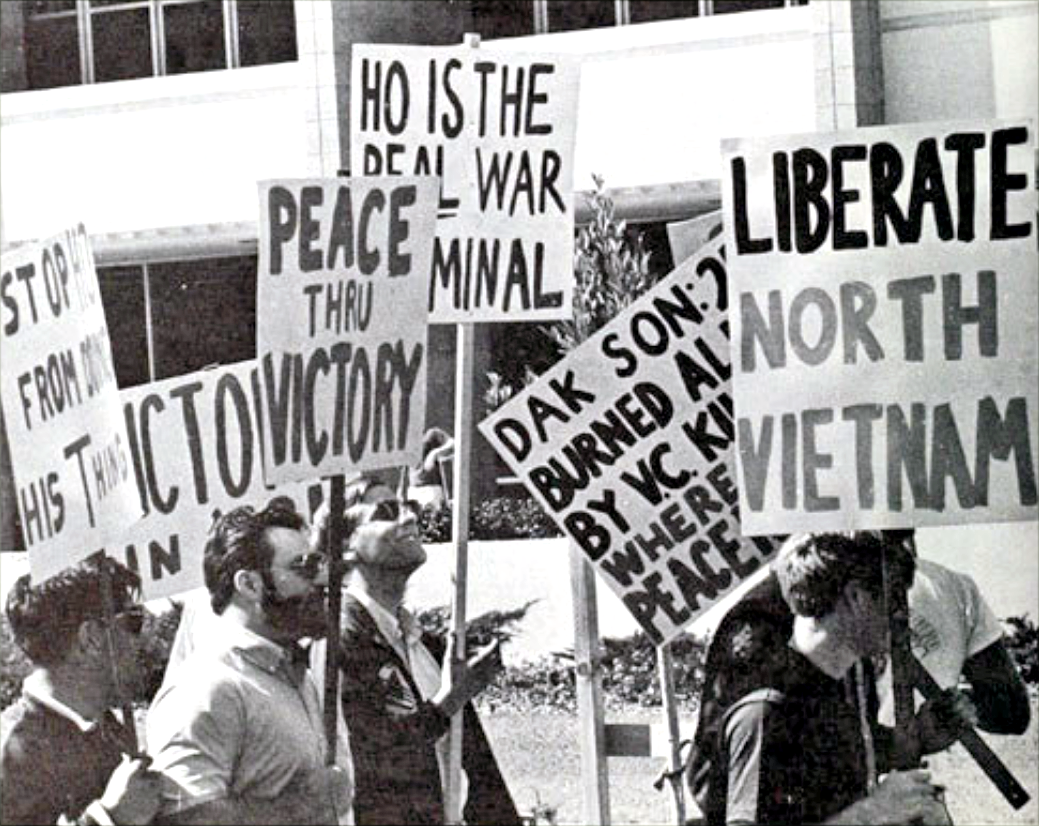 Hey look – it’s a counter-protest.  An opposing view is also given ground to make their opinions known… imagine the possibilities. 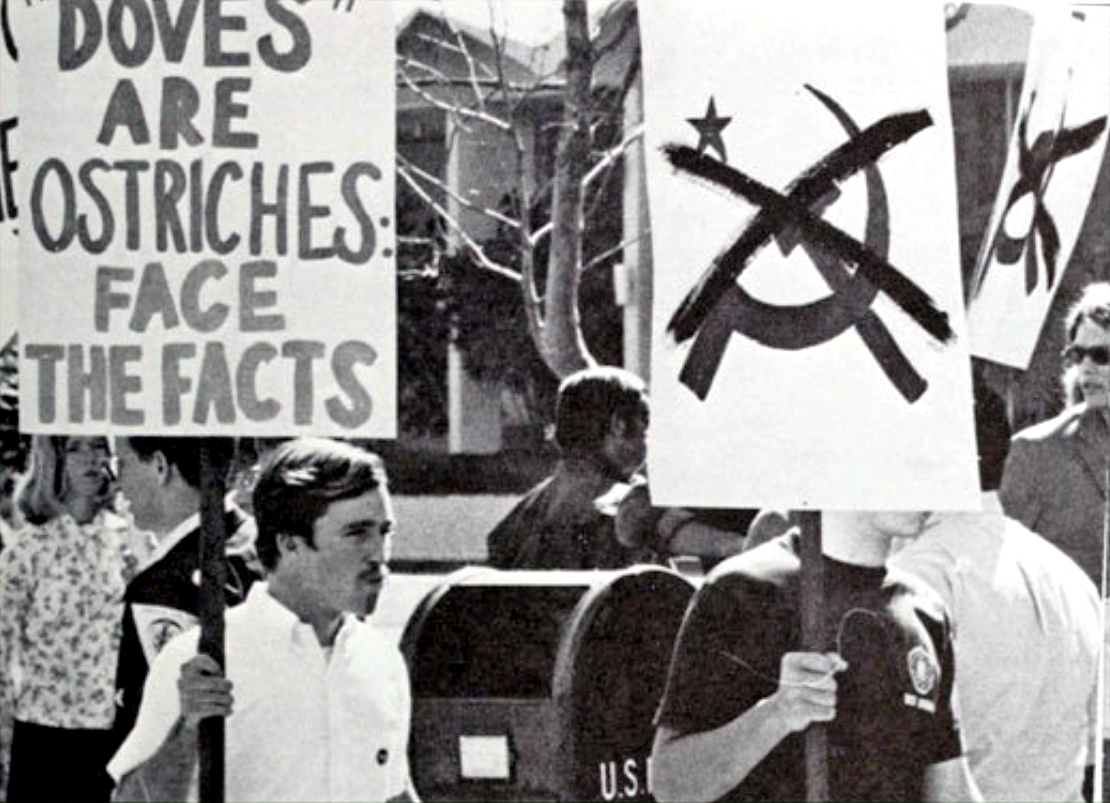 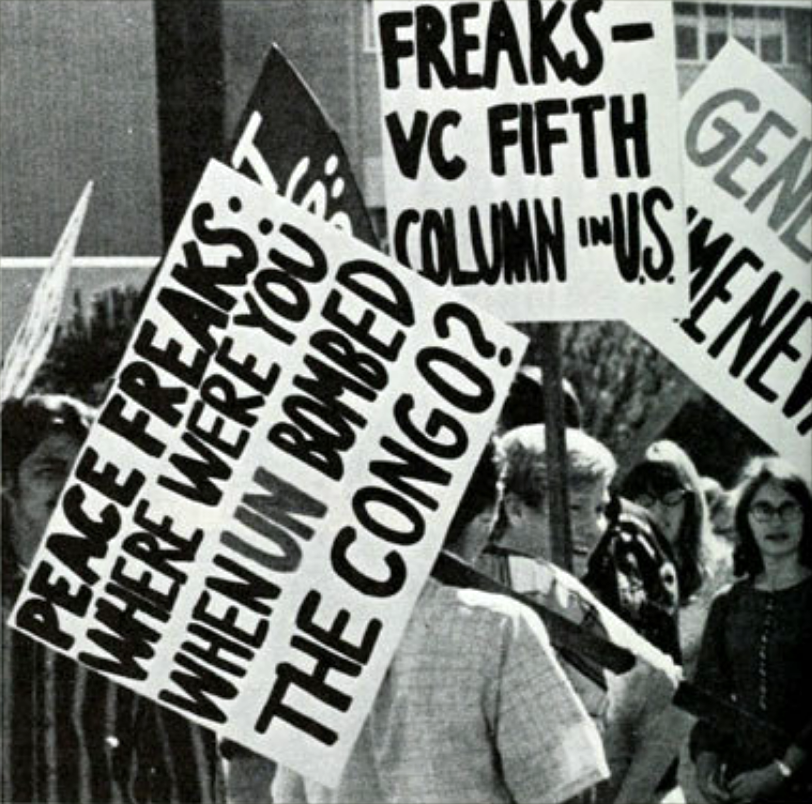 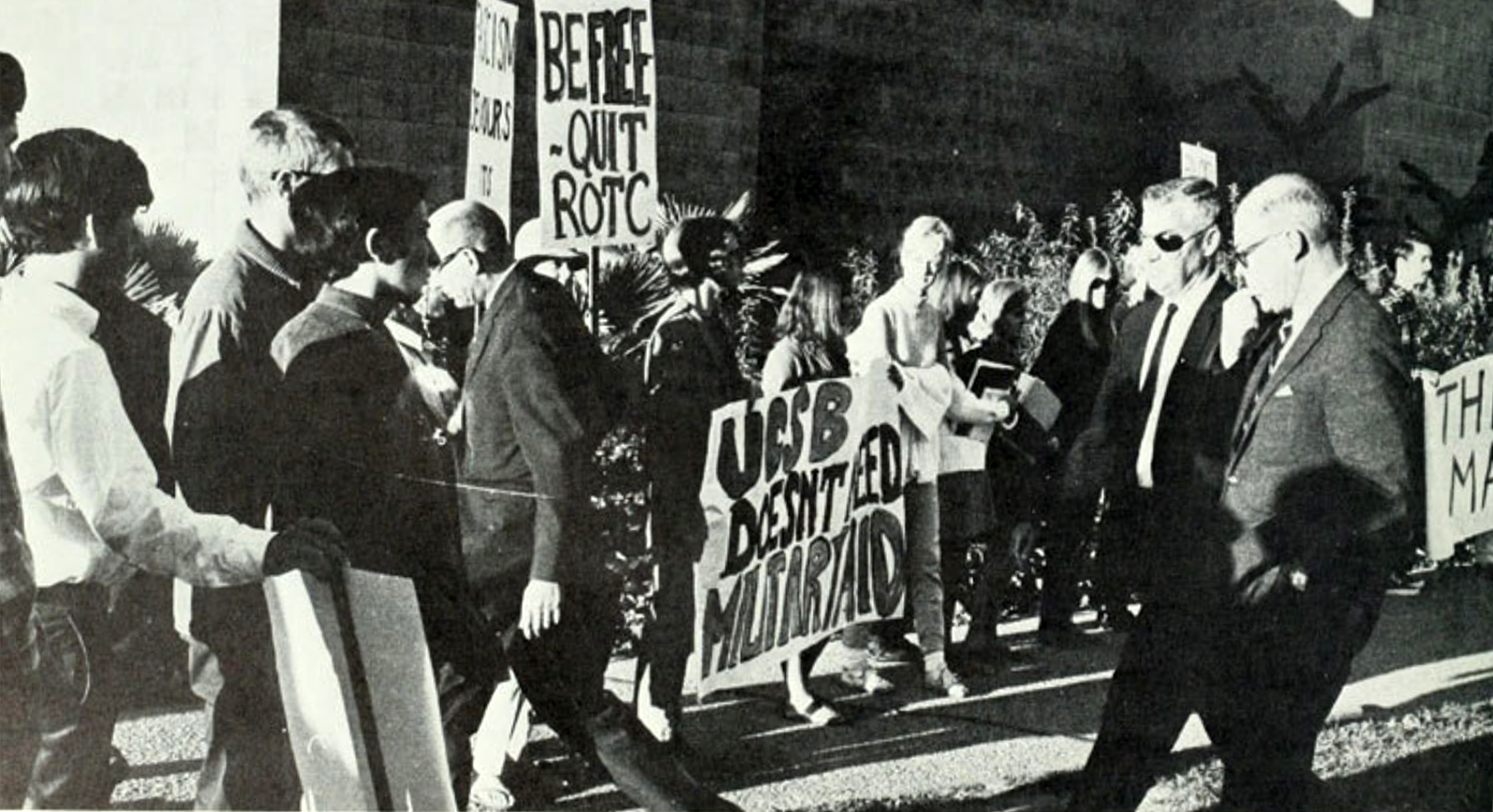 University of California – Santa Barbara students have a problem with the ROTC and recruitment centers on campus.  This naturally led to conflict with school administrators, who could have never imagined such opposition from the student body, and were wholly unprepared to deal with it. 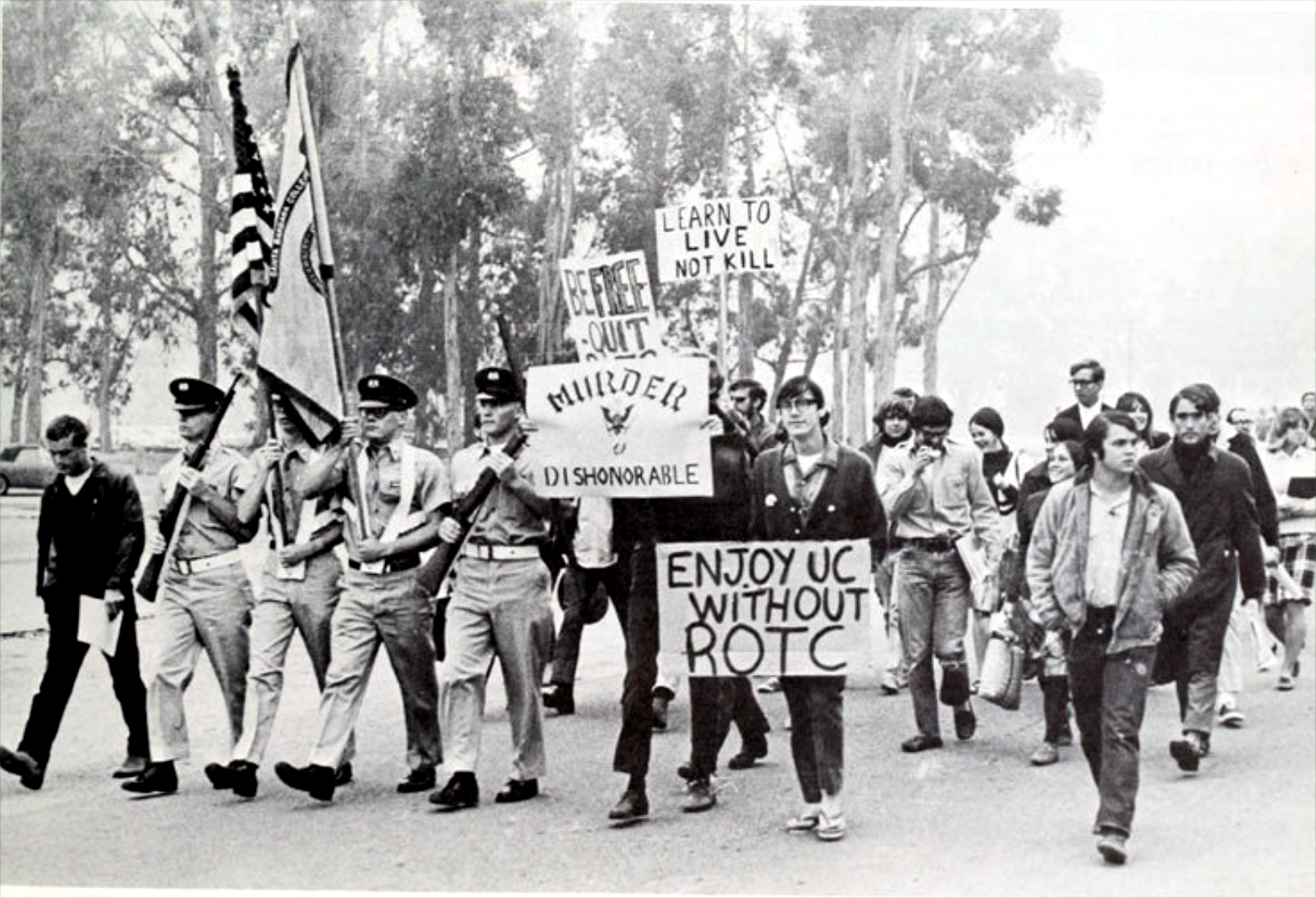 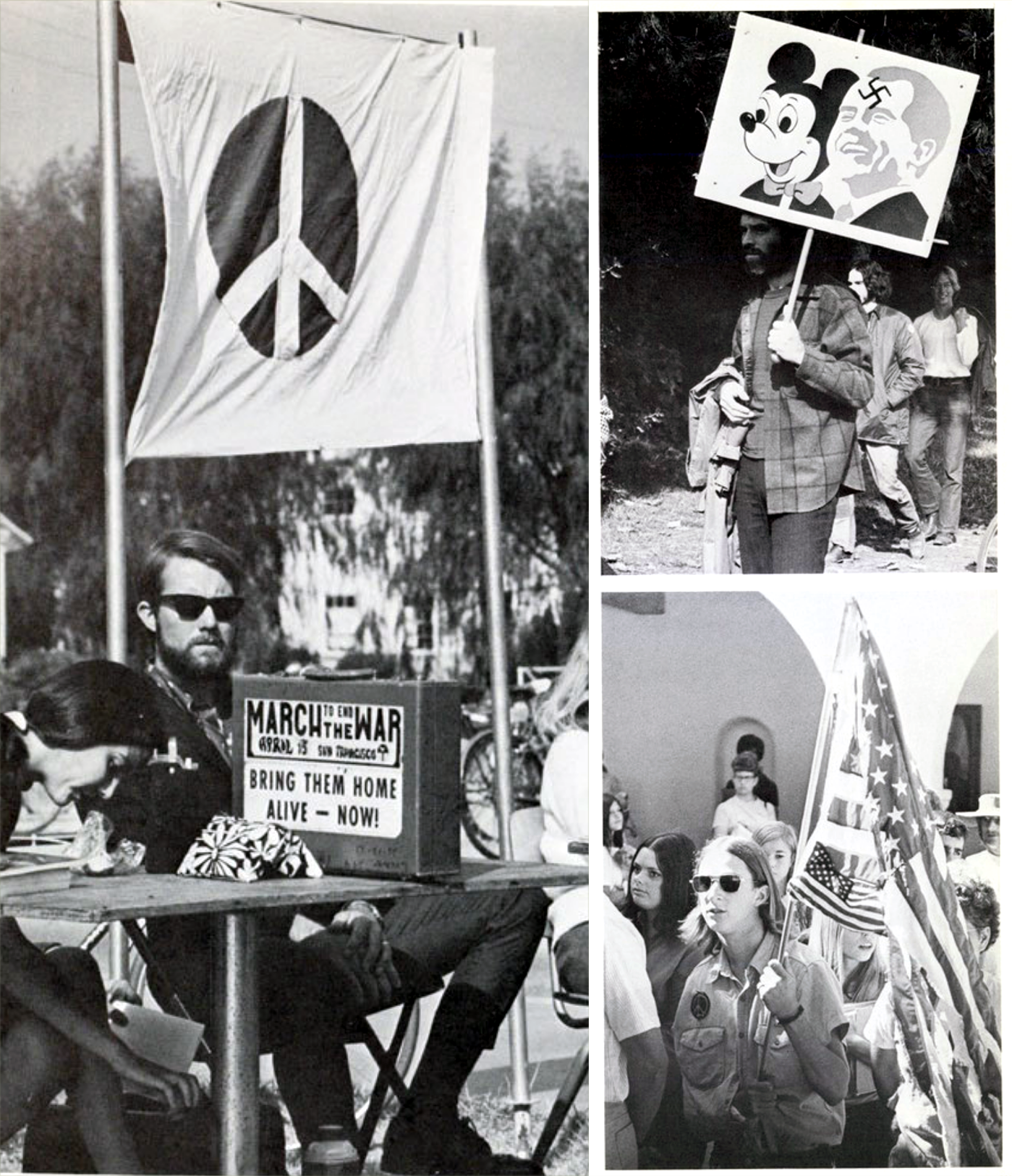 Unlike today where many universities seem to exist in a strange world of utterly homogeneous opinion, a University of California – Santa Barbara poll showed the diversity of opinion in 1968:

“45% favor negotiation and cessation of bombing, 27% voted for immediate withdrawal, 11% supported an escalation policy, and 17% felt the US should continue its present policy” 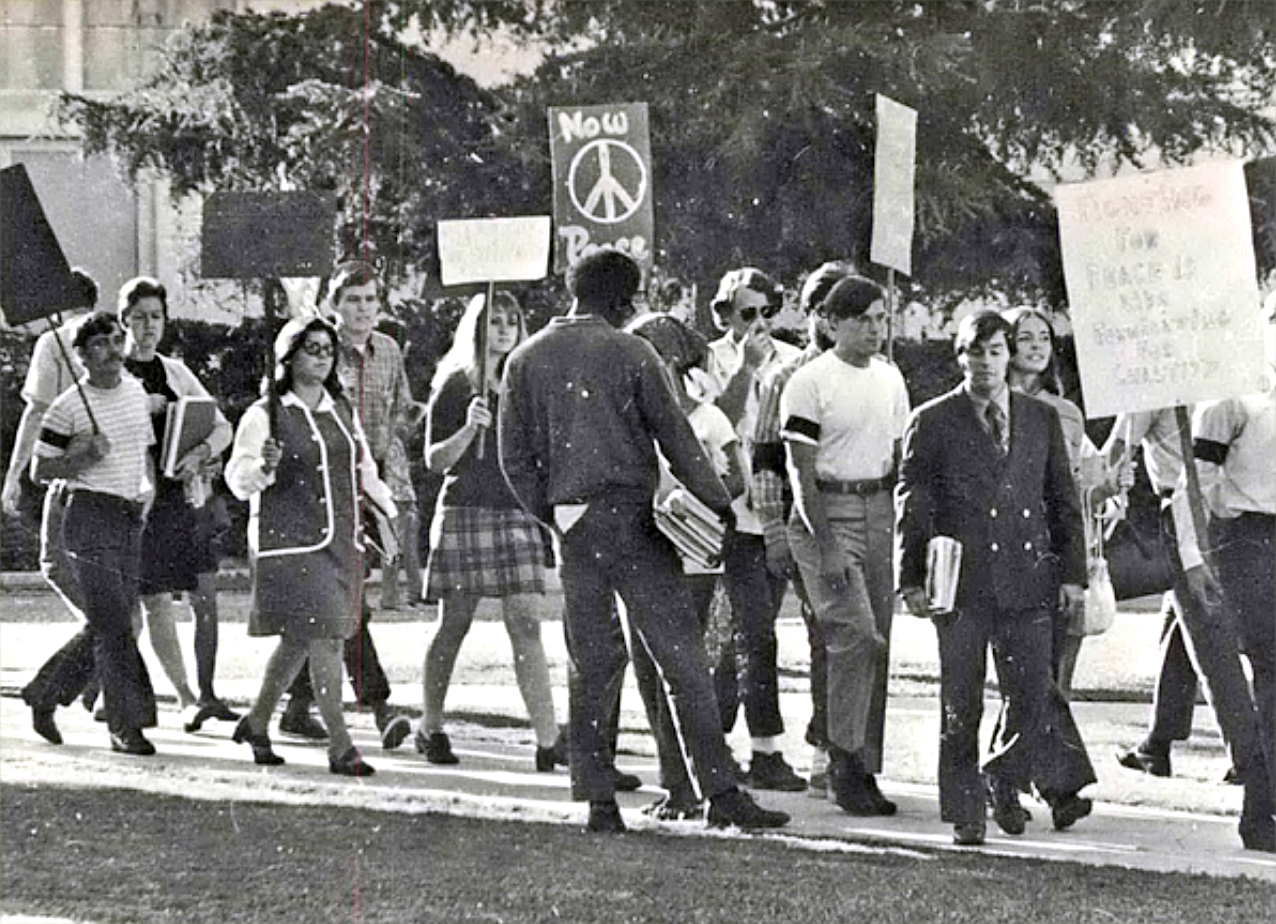 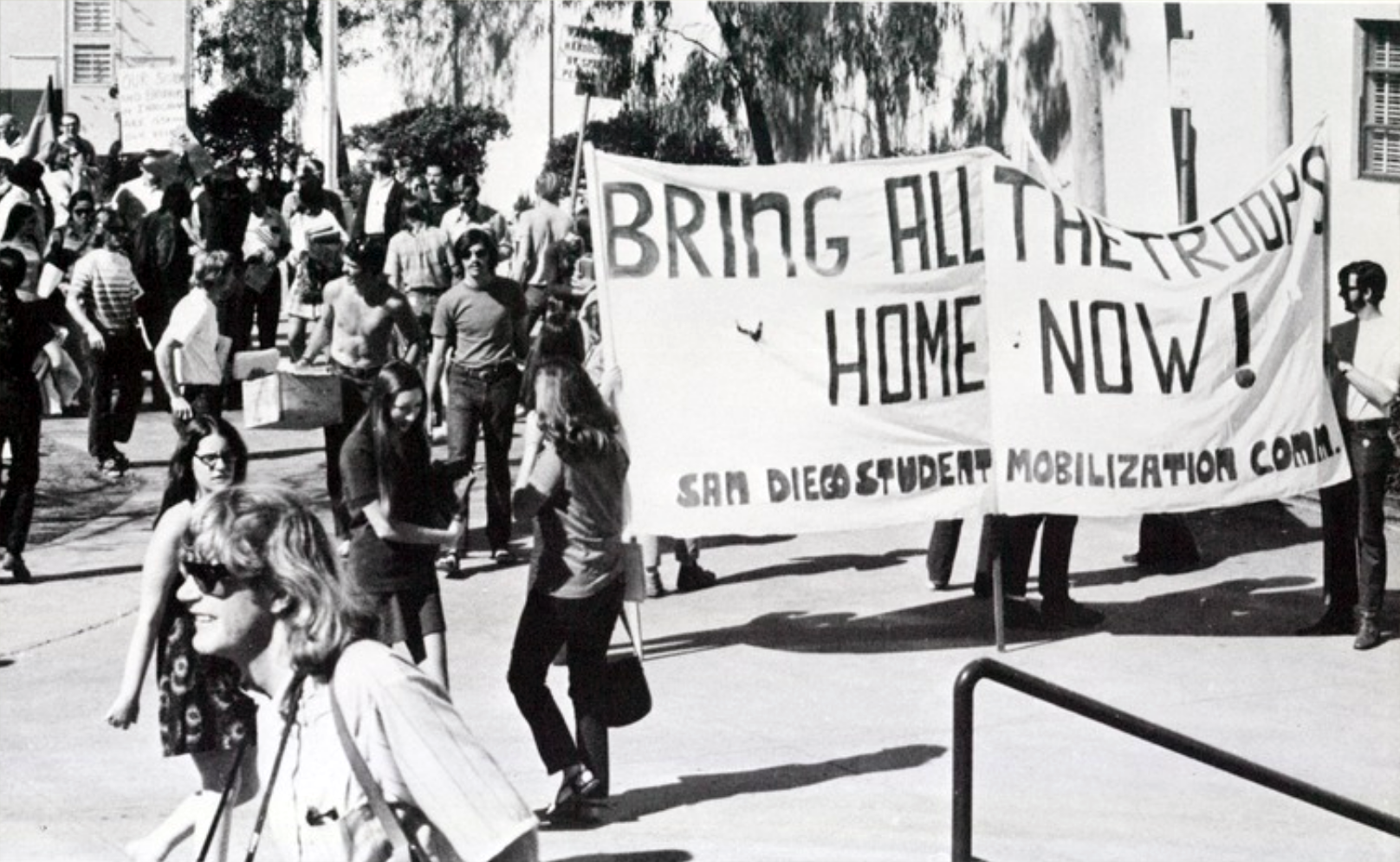 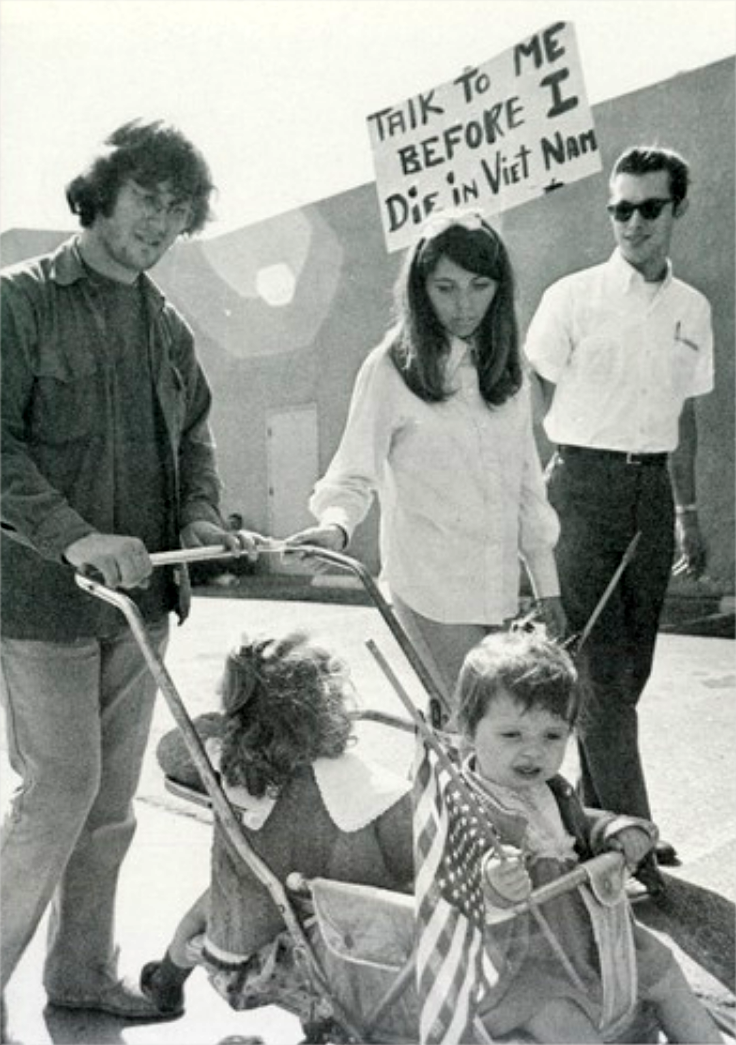 “Talk to me before I die in Vietnam” 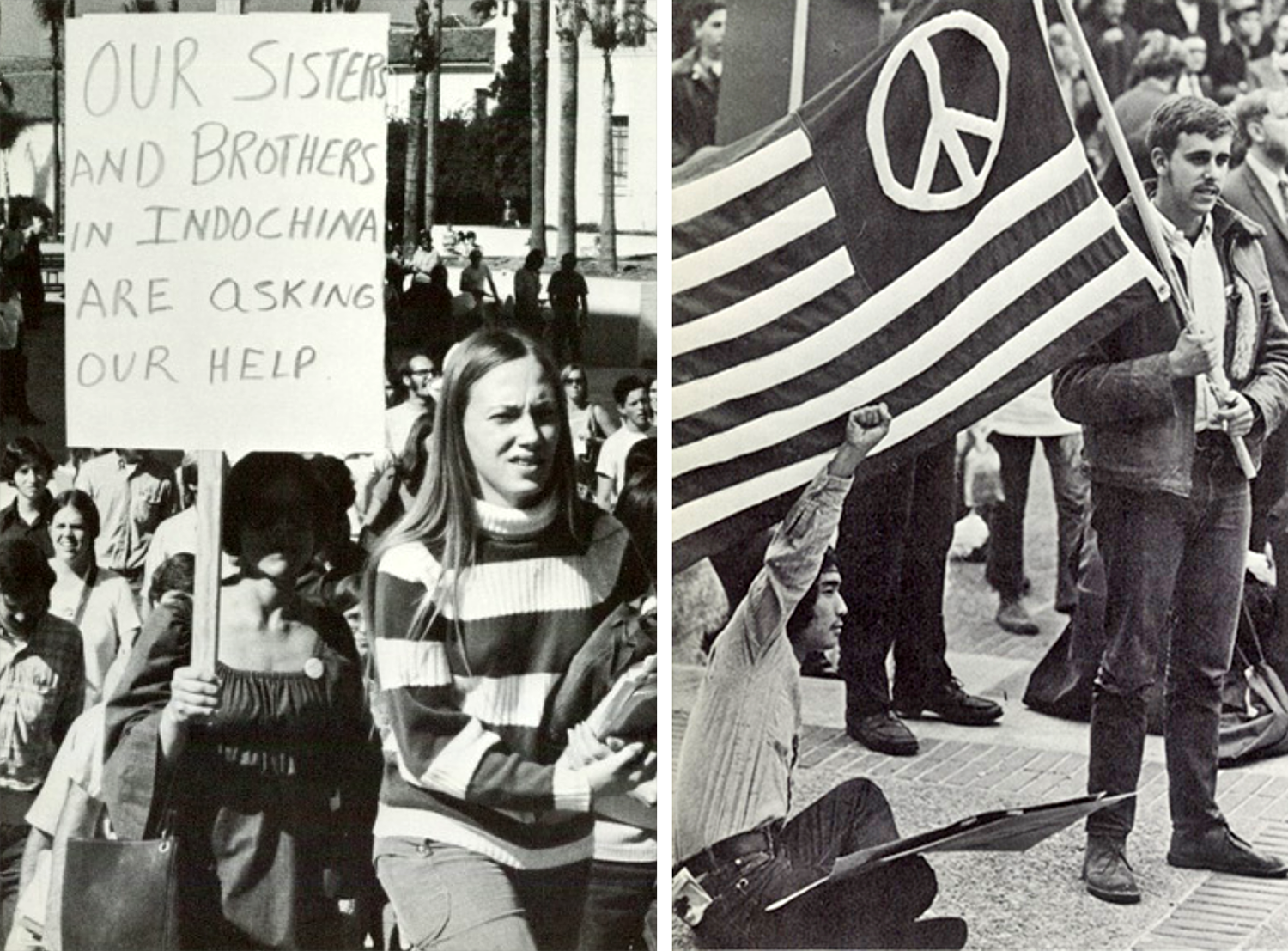 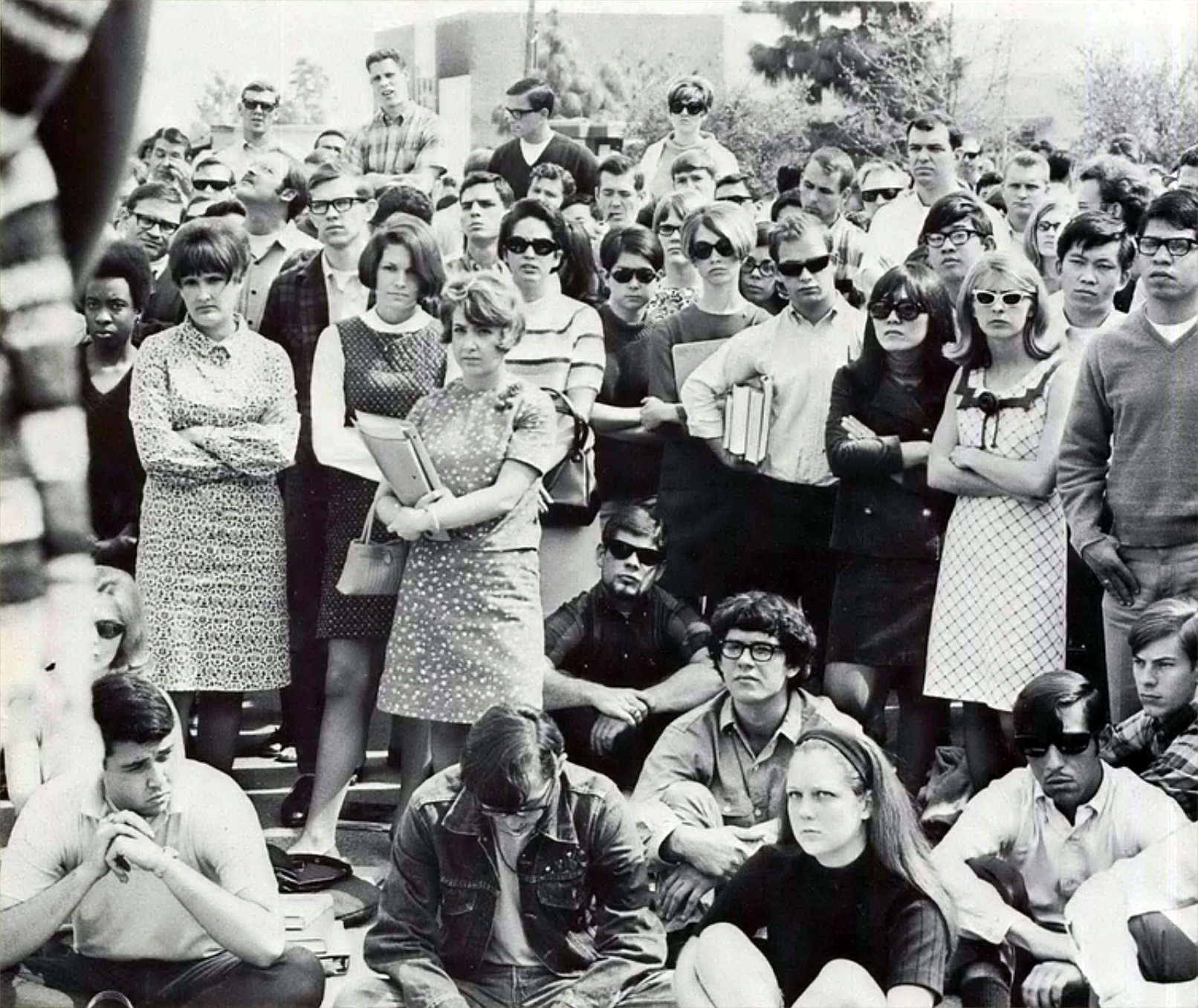 Under this photo from a 1968 Fresno State College yearbook reads the caption:

“Slowly it comes.  The glance, once casual and shallow, lingers and deepens.  The eyes are fixed, feet spread apart and arms crossed in commitment.  Questions once unasked, surge in commitment, demanding to know.  Almost imperceptibly, comes the tide.  Defiant and resolute they shout.  This is my life! It is my will that shall govern my future.  And come the responses, just as emphatic.  Clashing are the cries of love, peace, and understanding.  Resistance is strong to the persistent waves, and many begin to weaken.  But somewhere there is an intangible force that thrusts the tide once more.  A force so strong that it cannot be denied.  Not this time.”