The future was definitely fab on The Jetsons. A circular home in a space-age sky rise with all the modern conveniences you could dream up. I’d have to remove Rosie the Robot’s battery – she drives me nuts. But, otherwise, this is the ultimate dream home.

Who cares about the Jack & Jill bathroom (sans commode) shared between six kids. The maid quarters, step down study/den, cozy TV room with access to private backyard, nice CA neighborhood… it’s no wonder the kids made the house look haunted to ward off buyers!

Ultra-posh bachelor pad condo overlooking NYC complete with gentleman’s manservant. Do I need to go on?

Bob’s Chicago lakeside apartment appeals to me even more than his later Vermont Bed & Breakfast. I’m a sucker for the retro condo. The rustic side of me would go for the Ingal’s Little House on the Prairie home for a while, but would come crawling back to the urban sprawl in a matter of days.

5. I Dream of Jeannie

Major Nelson was one lucky SOB: an astronaut living in a killer 1960’s Coco Beach love shack with a sexy genie. It doesn’t get much better than that. Arguably better was Jeannie’s shagadelic bottle – Groovy, baby!

If Victorian haunted houses are your bag, you can’t beat a particular house on Mockingbird Lane. (Of course, Collinwood, the ancestral home of the Collins family from “Dark Shadows” would be better, but it’s not a sitcom.) 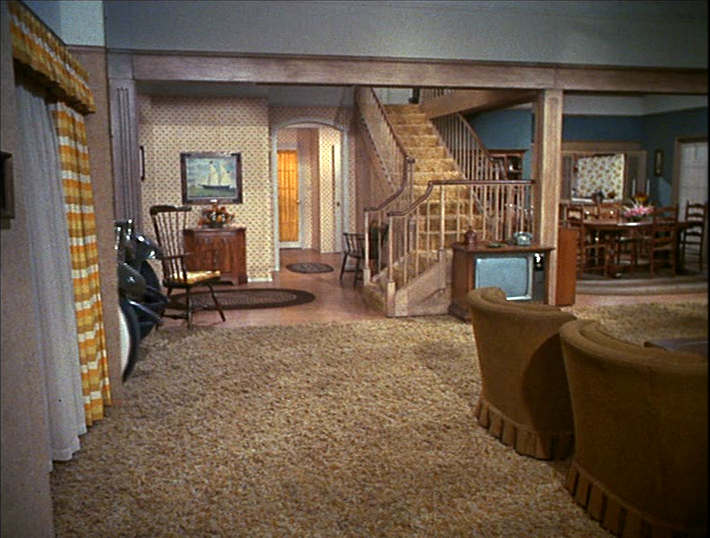 A rare wideview of the Bewitched estate – and, yes, that is a car about to drive through it (these things tended to happen on the show)

Nice enough for Darrin to have clients over for drinks, but also a cozy suburban abode to just relax with your super hot witch wife. Sure, the mother-in-law has a tendency to pop-in unannounced, but then so did Sabrina (wolf whistle). 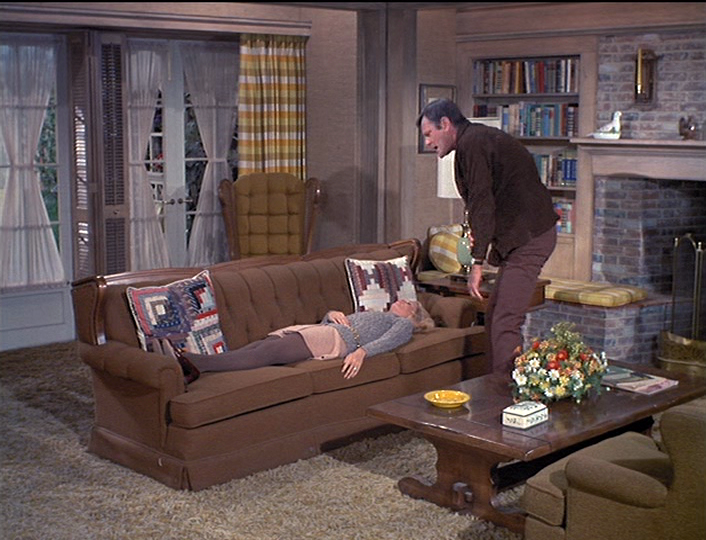 A view of the living room fireplace and entry to private backyard. The perfect 1960s suburban home.

Anyone remember John Forsythe’s swingin’ retro lair? That deserves to be on the list simply for the prominent fully stocked wet bar.

Close to the beach and the Regal Beagle. Of course, neighbors Larry and Lana might get annoying…and the landlord is a bit overbearing. 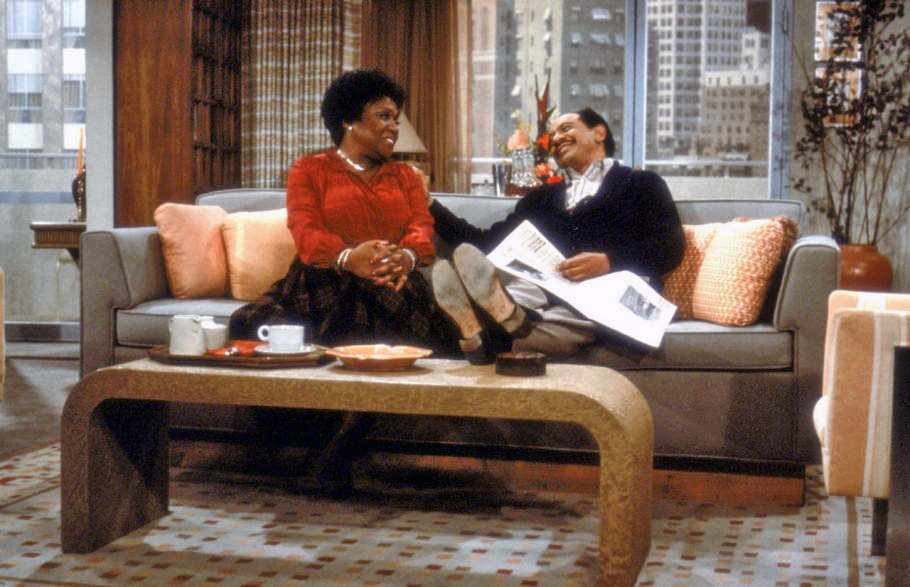 George and Weezy’s “Dee-lux apartment in the sky-y-y” was awesome, with a balcony to die for.

(L) The Partridges in the kitchen and (R) the foyer – nearby is a veritable jungle habitat. Somewhere inside the flora is a native with a blowgun.

The Partridges didn’t have near the interesting home as The Brady’s, but then their dad wasn’t an architect. They didn’t have the money like the Brady’s either – no stay-at-home-mom or live-in-maid. It was more of an average home, but still a nice place to call home. 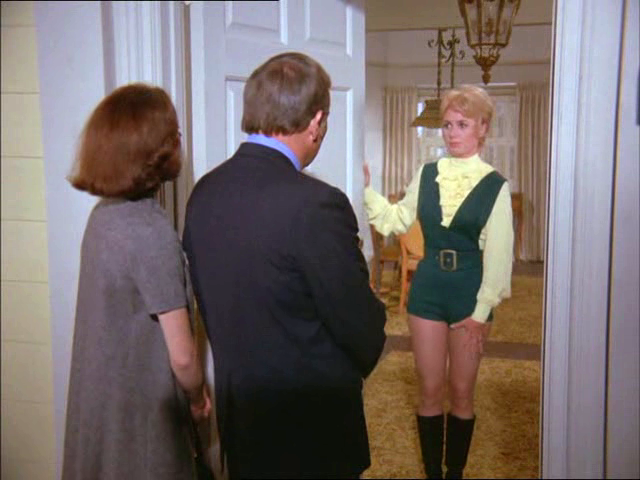 Of course, part of the beauty was that it was an ordinary home, but the lifestyle inside was anything but ordinary. Somehow, if it had been a funky palace, it wouldn’t have been as good. 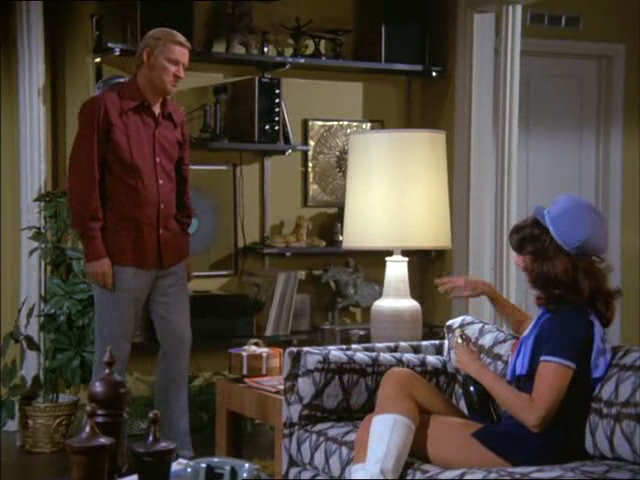 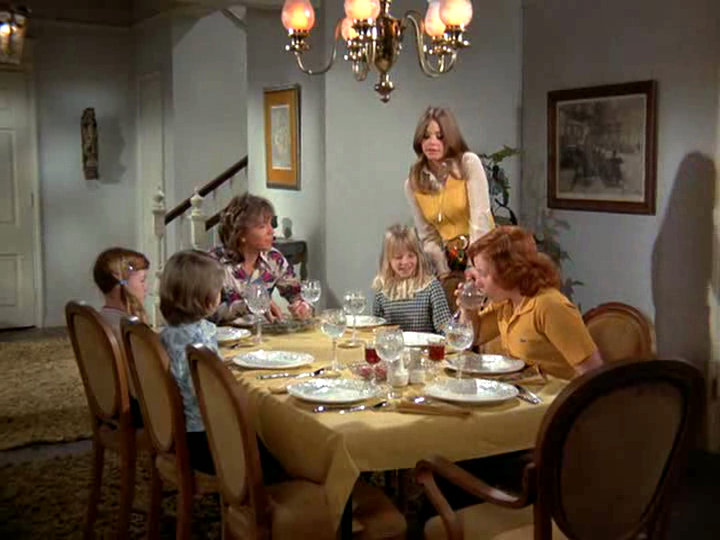 A look at the dining room… and yes, that’s Jodie Foster

(L) the Partridge living room and (R) garage/jam room, which was, besides the psychedelic bus, the coolest Partridge domain 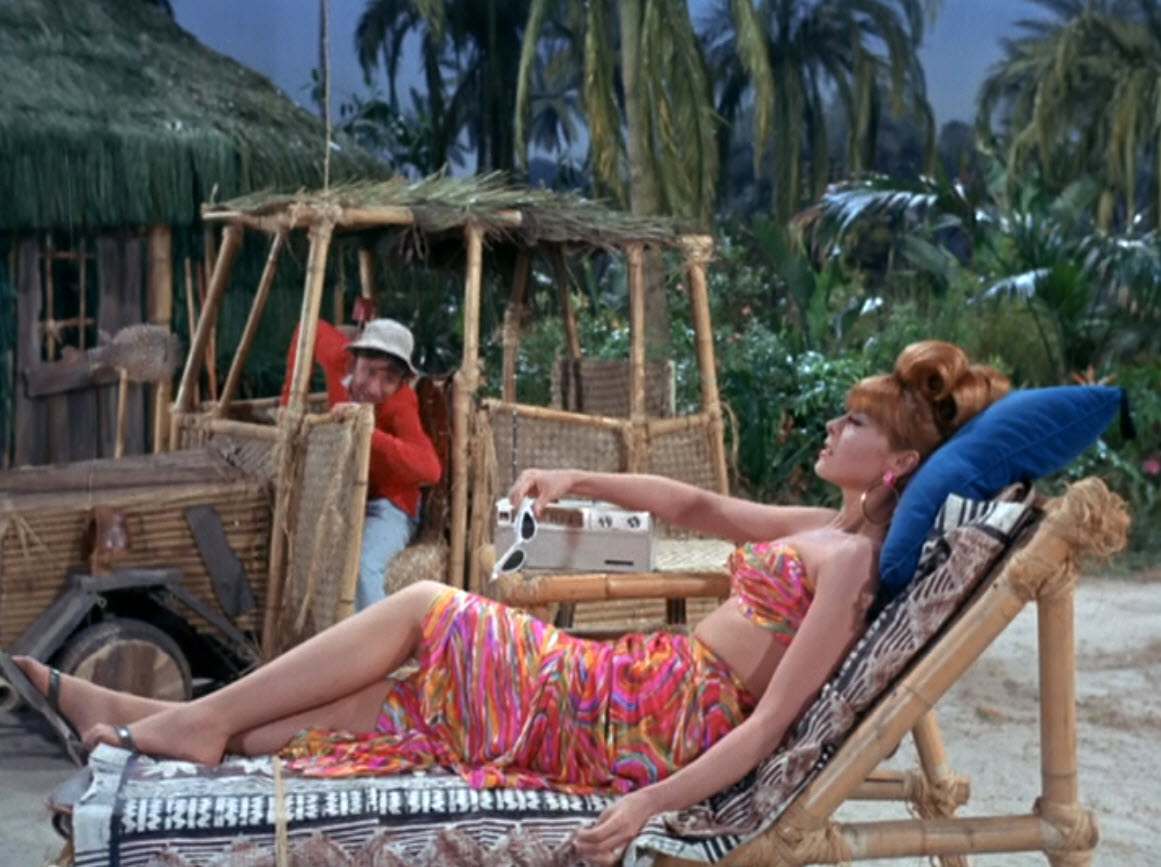 Don’t for a minute be fooled into thinking they were roughing it. They had all the amenities of a tropical resort. Coconut cream pies, bamboo cars, a peaceful lagoon nearby, and, of course, Mary Ann and Ginger

The Cunningham’s Milwaukee homestead was, like the Patridge’s abode, nothing too spectacular. Yet, who wouldn’t love to live there? Don’t forget about the garage with room for an apartment above (if it was good enough for Fonzie, it’s good enough for anyone).