As a follow-up to my recent post about the Rock N Roll revival show held at London’s Wembley Stadium in August 1972, here is another selection from the media surrounding the event.

The New Musical Express dedicated a section to reviewing the show, decking staffers Danny Holloway, James Johnston and the late Tony Tyler in appropriate clothing from Let It Rock. The journalists were photographed outside Malcolm McLaren and Vivienne Westwood’s outlet at 430 King’s Road by Robert Ellis. 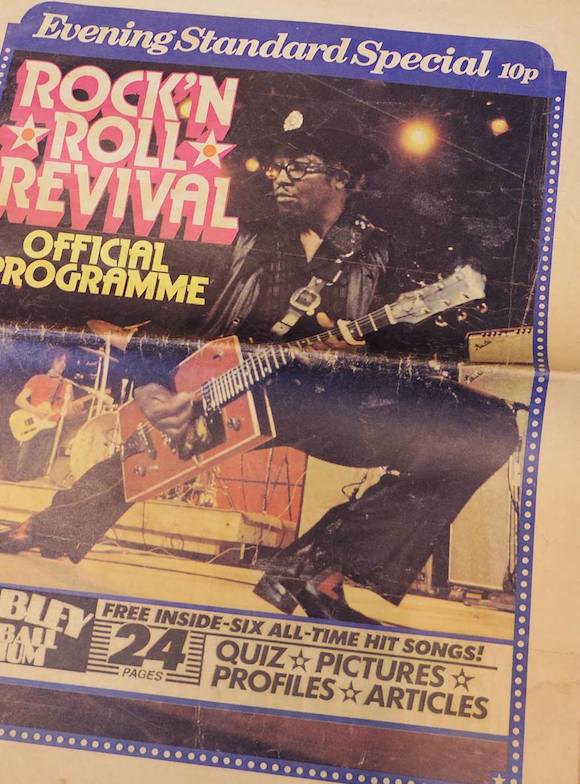 Bo Diddley on the cover of the ES special 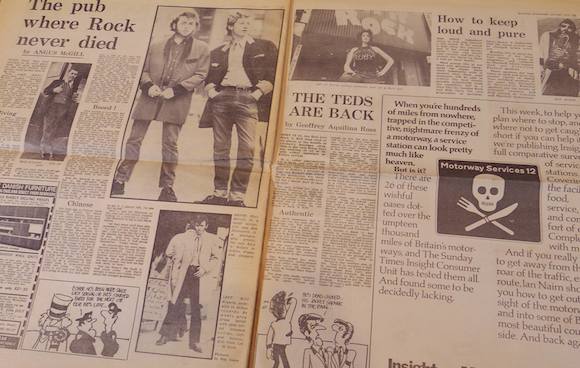 Angus McGill and Geoffrey Aqulina Ross were among the journalists who contributed to the ES special. I love the juxtaposition with the knife and fork/skull and crossbones logo promoting a Sunday Times feature by the architectural writer Ian Nairn, whose work has recently undergone critical appraisal

The capital’s daily paper the Evening Standard’s special issue – billed as the official programme – also included images taken outside Let It Rock, including assistant Addie Isman in one of the store’s then-new studded t-shirts (this one emblazoned with the phrase Rock N Roll Ruby) and customer and prominent London Ted Bill Hegarty in full regalia.

The images of the Evening Standard special issue are from the copy owned by collector Takeshi Hosoya, whose Japanese clothing label Peel + Lift can be viewed here.

Many thanks to Robert Ellis for permission to use his shot in the scan from the NME. Visit Robert Ellis’s Repfoto site here.