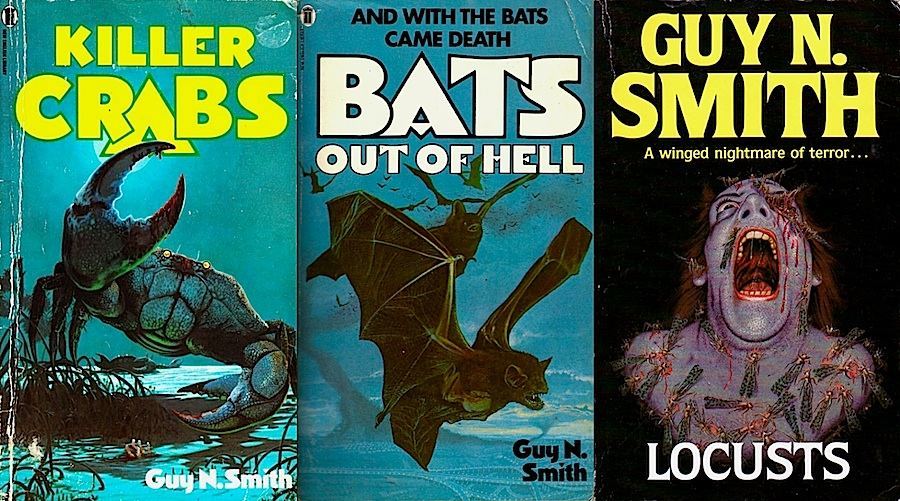 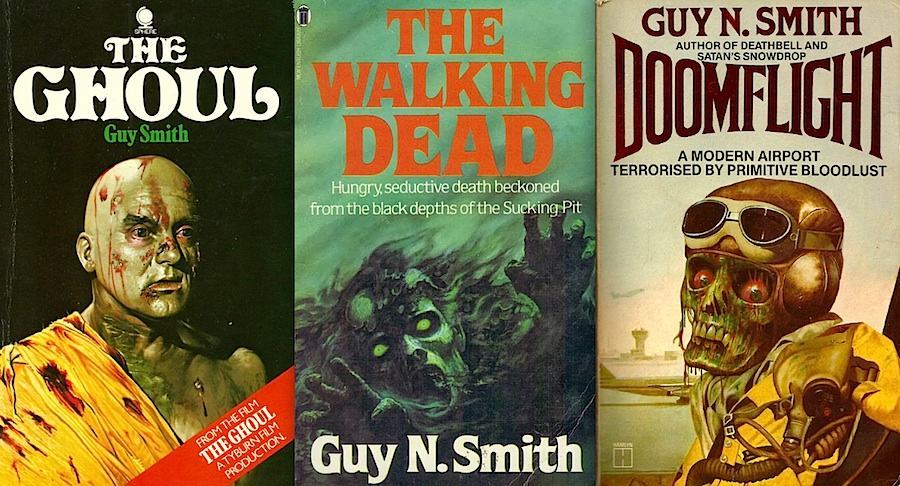 Guy N Smith was not considered suitable reading for English class when I was a kid, his gory tales of horror were the kind of frowned-upon fictions lumped beside such other verboten authors as Sven Hassel or Dennis Wheatley or Timothy Lea and his smutty Confessions of a… series. Yet, this did not stop Smith’s tales of evil crabs the size of houses slashing their way along the Welsh coast, or a murderous slime beast, or bloodthirsty bats, or a diabolical curses being secretly enjoyed and shared by my fellow classmates like a bag full of smuggled Big Macs at a fat camp.

Guy N. Smith had his first story published in a local newspaper when he was twelve and since then has written over one hundred books ranging from tales of horror, to thrillers and even soft core entertainments. He’s also penned various non-fiction books on tobacco, gamekeeping and fishing.

I was late to reading Guy N. Smith, missing out on the sheer bloody pleasure of his books the first time round. Though some may think of him as a real, live Gareth Marenghi or the Pot Noodle of horror fiction–so bad he’s good–no faff or fuss, just what it says on the cover–his books deliver cheap, nasty thrills that will keep you turning pages until his tale is told. And while his writing may be sometimes iffy (“My God!” he gasped, so excited that the words poured out aloud. “They’re all along the tide-line. Claw marks. But what in the name of heaven could have left a print that size? It’s, it’s like a crab, only dozens of them, and a hundred times as big!”) and his pipe-smoking heroes more suited to a 1930s serial, Smith’s books confirm G. K. Chesterton’s belief that literature is a luxury but fiction essential–as it offers escape and can at best teach some small thing about life–though what thing Smith’s horrors teach I’ve yet to ascertain–though perhaps we can guess from this small selection of his covers? 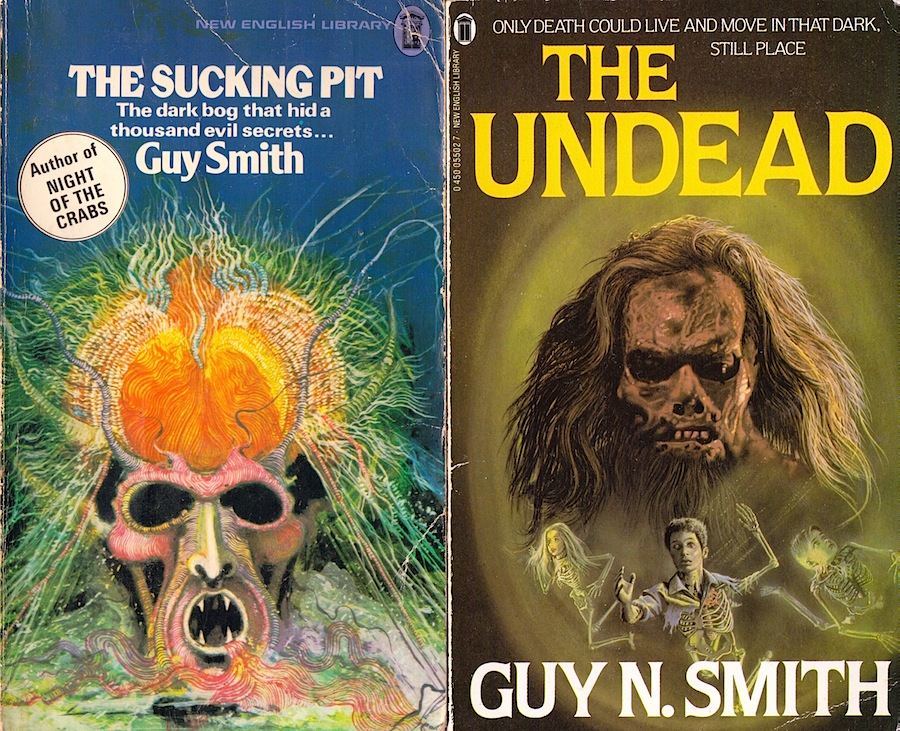 Only death could live and move in that dark, still place.

For below this grassy square lay the skeletal remains, not only of the dreaded, cruel landowner but of his daughter, Isobel, the innocent child who had drowned in Gabor Pool. Amanda had found her way here amidst this terrible storm and there was no doubt in Ron Halestrom’s mind what his adopted daughter had been doing…she had been attempting to converse with the dead!.

Deep in Hopwas Woods was a green and peaceful glade. The grass was smooth and weedless, the sun rarely penetrated there, and the local villagers had learned to shun the place. For this was the site of a treacherous and seemingly bottomless bog. Nothing that fell in whether by chance or purpose ever managed to escape…

Few people went out there after dark.

Less than a quarter of a mile away, on the southern boundary, stood the ‘Devil’s Dressing Room’ – another place to be avoided by the faint of heart. It was supposedly here that the Devil had paused on his arrival on earth to change into human form. 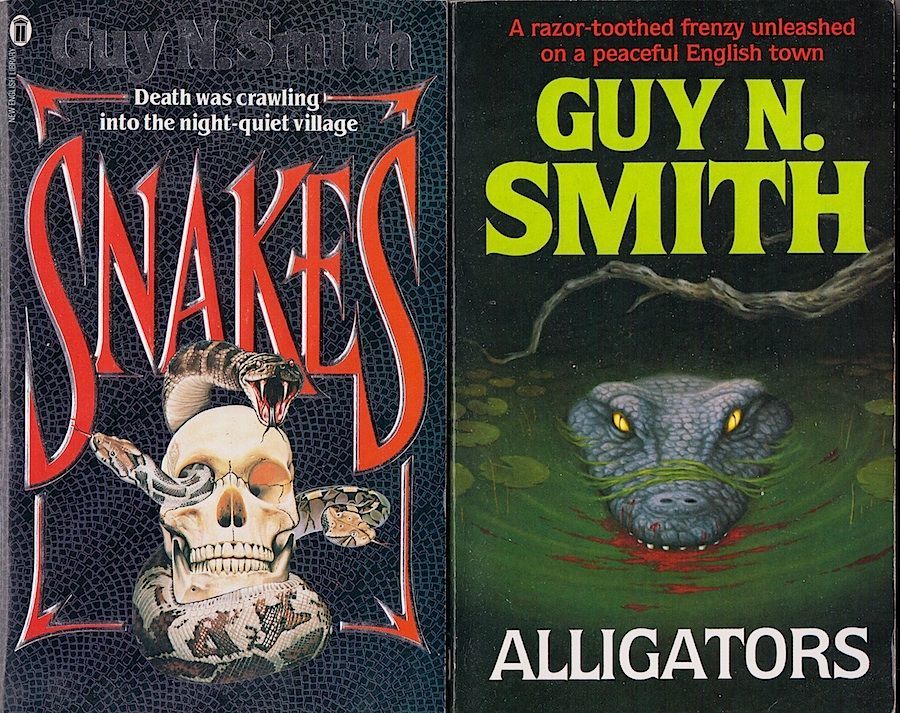 And at that moment she saw it, a long dark shape like a trailing length of rope starkly outlined against the white background of the undersheet….

Freeing the alligators from the reptile zoo is the very last gesture of defiance by two Animal Rights activists. For, horrifying, the primeval monsters turn on their liberators with savage fury.

Now they have tasted human flesh – they want more. 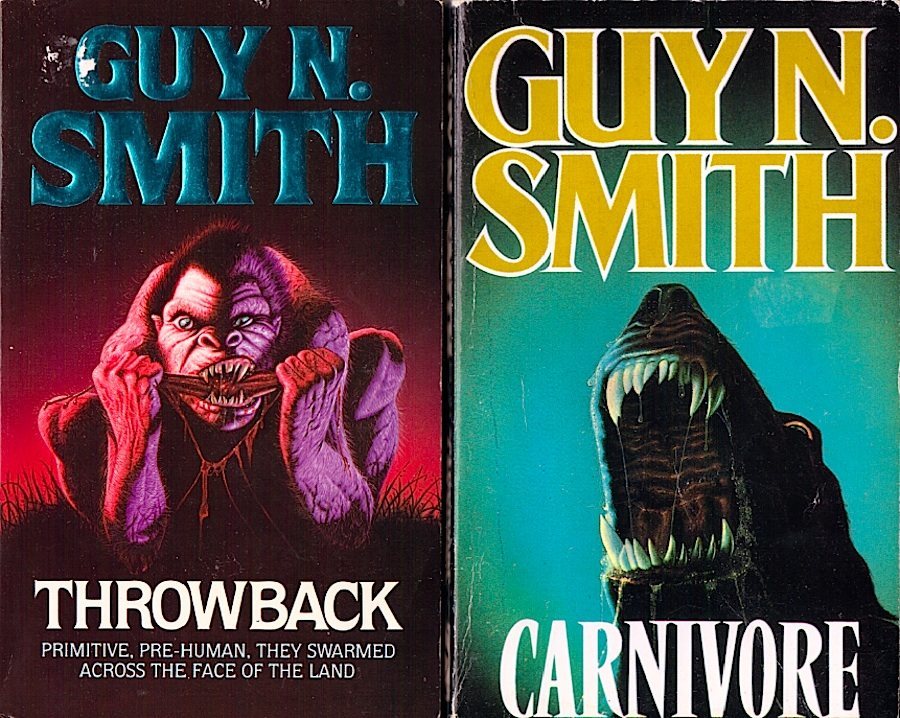 The centre of Birmingham had been gutted by fire and the inferno was still raging unchecked, mostly spread by exploding petrol tankers in abandoned vehicles. casualties were virtually ignored because the rescue forces were primarily intent on saving ‘survivors’. Mobs clashed and fought using weapons that created hideous injuries, shards of glass from broken shop windows and girders used as battering rams.

The first to die on the Corby estate is a starving poacher, condemned to a terrible end by both man and beast.

He is not the last. 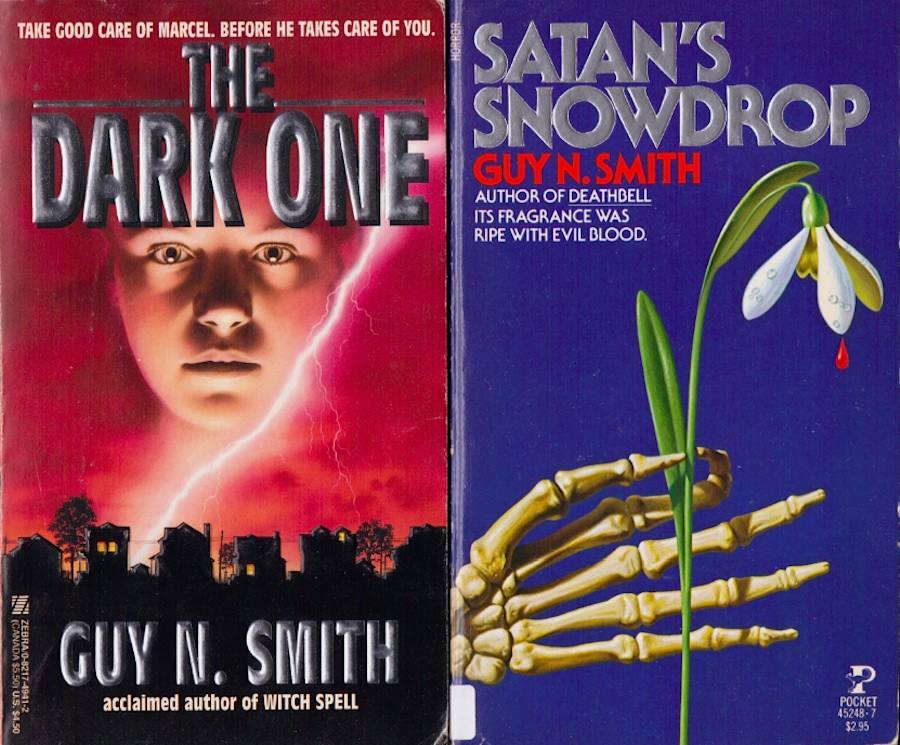 …no one was safe in the devil’s house…! 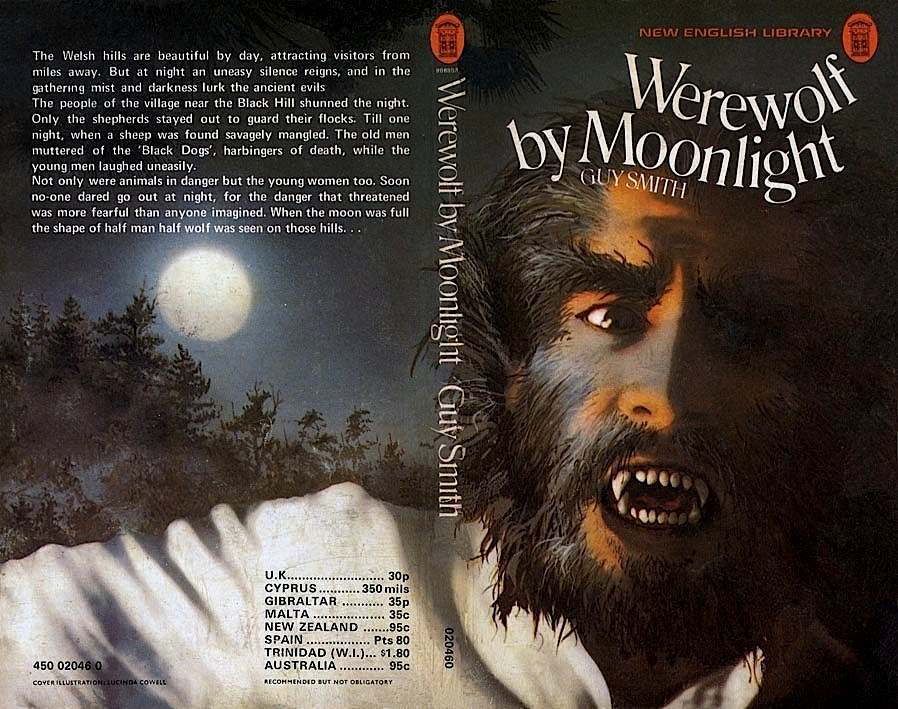 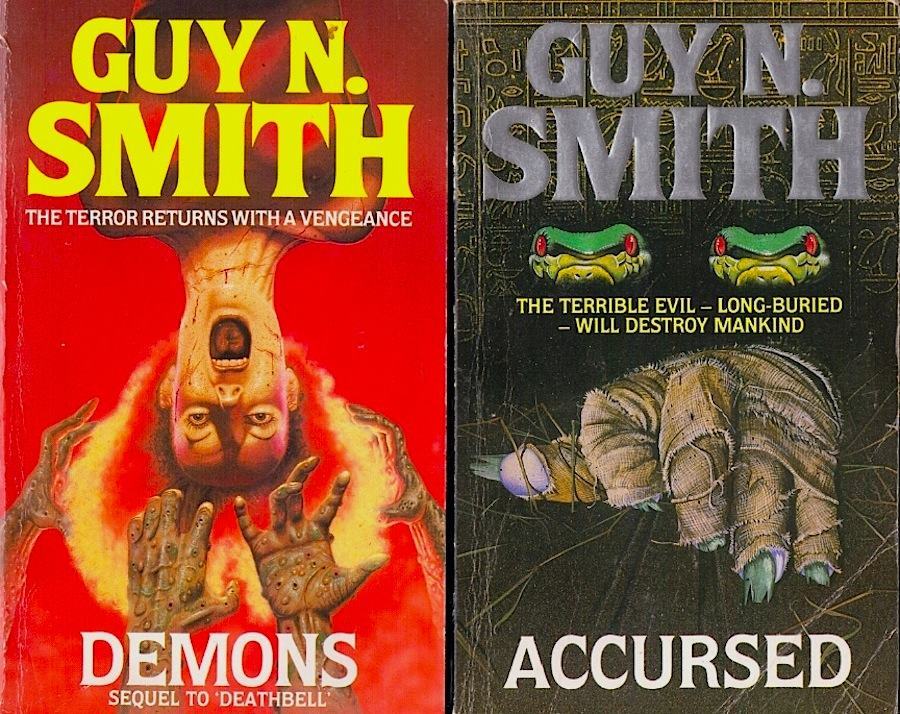 As a macabre joke, three youths rehang the satanic Deathbell, which brought terror and destruction to the village a decade before…

Once again the Deathbell rings enslaving all who hear it, turning its victims into deaf-mute maniacs!

The Brownlows lived an unremarkable life until the day they found the Egyptian amulet buried in their garden.

Inscribed with ancient writings of ‘Set’, the earliest god of evil, it would unleash a hideous curse…

And they are the powerless victims – in the ultimate holocaust.

…Steel sank into that flat abdomen, squelched and grated on bone. You could almost see the vile vapours of rotting intestines rising up, their stench a physical body that spread out and came at you… 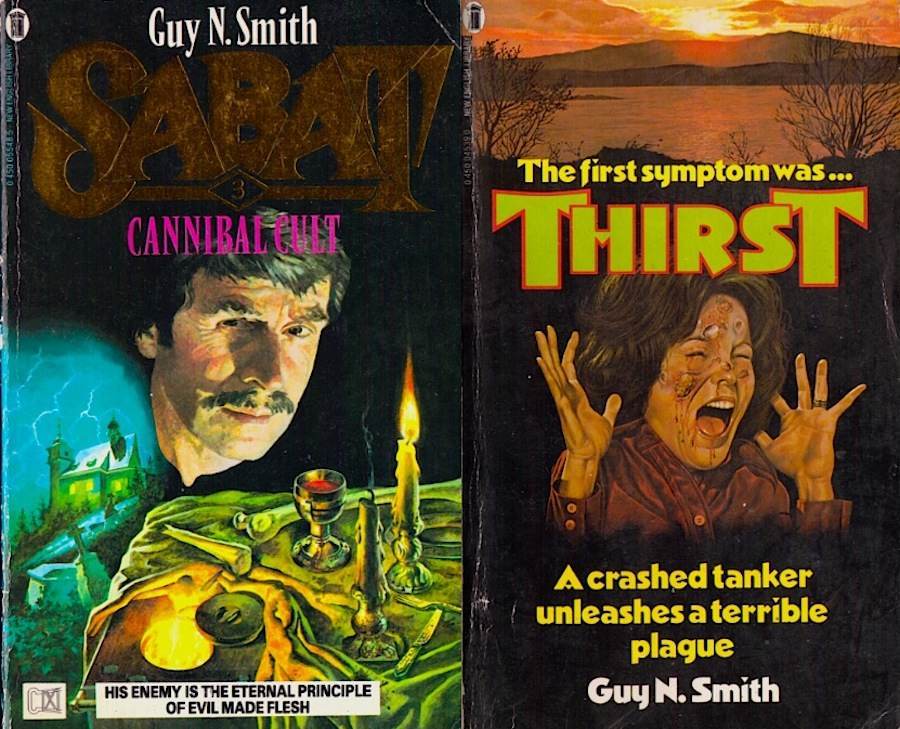 Mark Sabat, ex-priest, SAS-trained killer, is a man with a dreadful mission. Driven and haunted, he has to seek out and destroy his mortal enemy. An enemy who has chosen the Left `Hand Path, who embodies the eternal principle of Evil. An enemy who is his own brother. 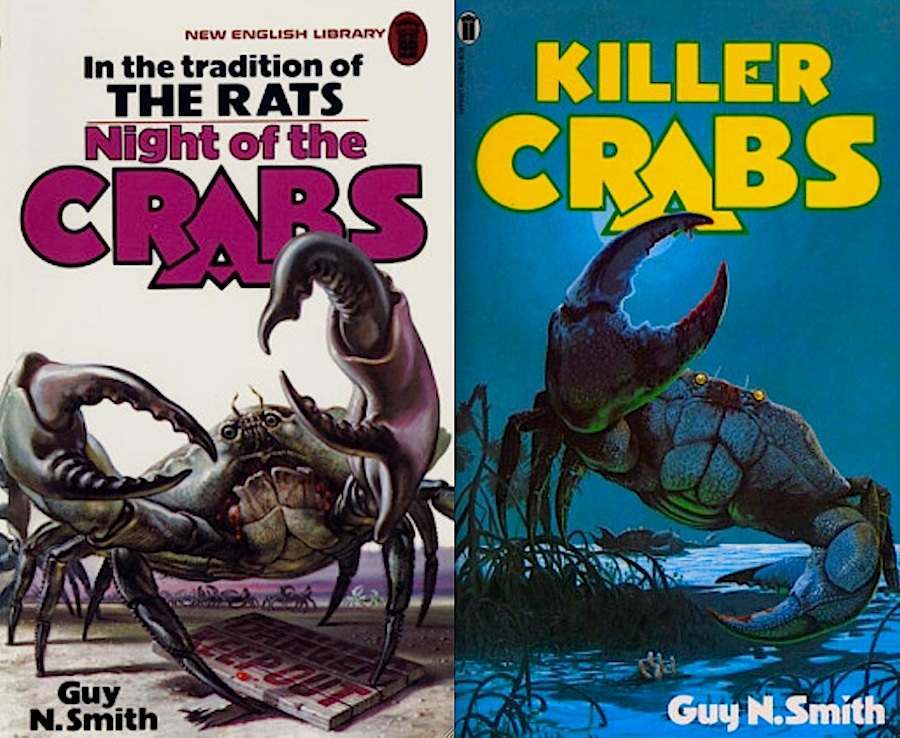 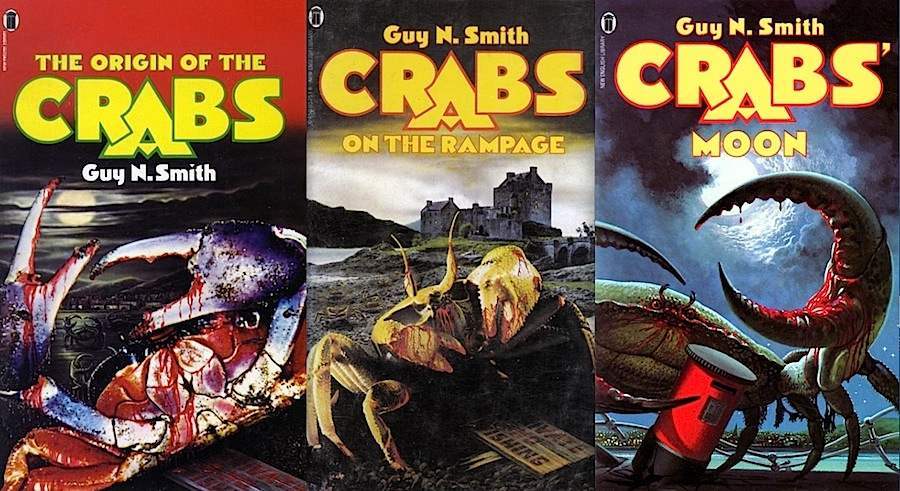 Night of the Crabs

Holidaymakers on the Welsh coast bask peacefully in the summer sunshine, blissfully unaware of the huge and evil army of crustaceans that lurks off-shore, watching, waiting…

Then the ‘drownings’ begin.

But its not until the underwater army, driven by its need to kill and to gorge on human flesh, crawls up the beach that the world understands the threat it faces.

And when the screaming stops, the crunching of bone and munching of flesh begins… 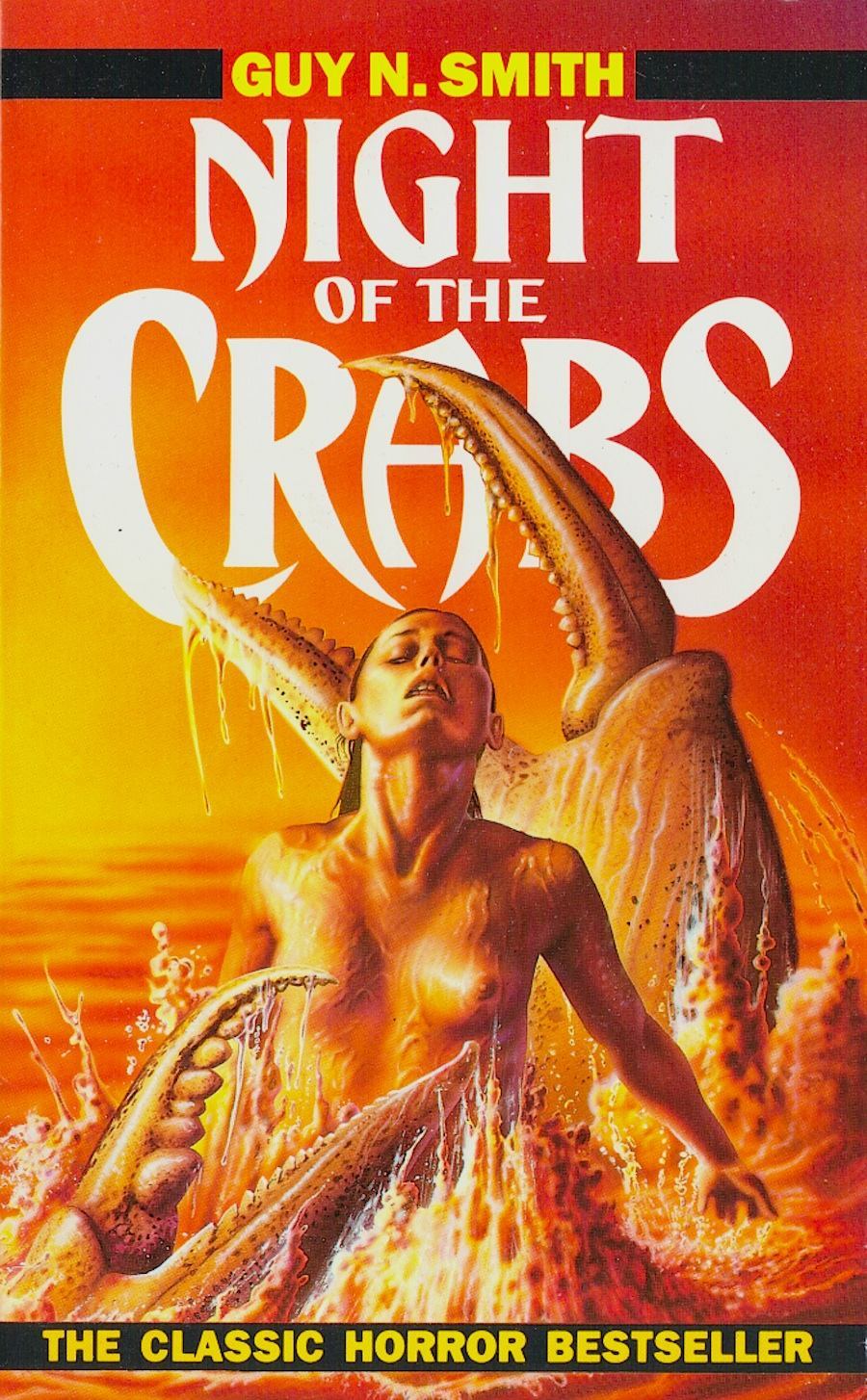