A READER wants to know the identity of the woman sat on the Brighton beach pebbles with a record on her head. Well it’s 1956 and the Press Association reports: “Suzanne Crowley is a ‘raving mad Dickie Valentine fan’ – his voice goes everywhere with her on the records she carries with a portable gramophone. She even made a hat for herself out of one of his records.” 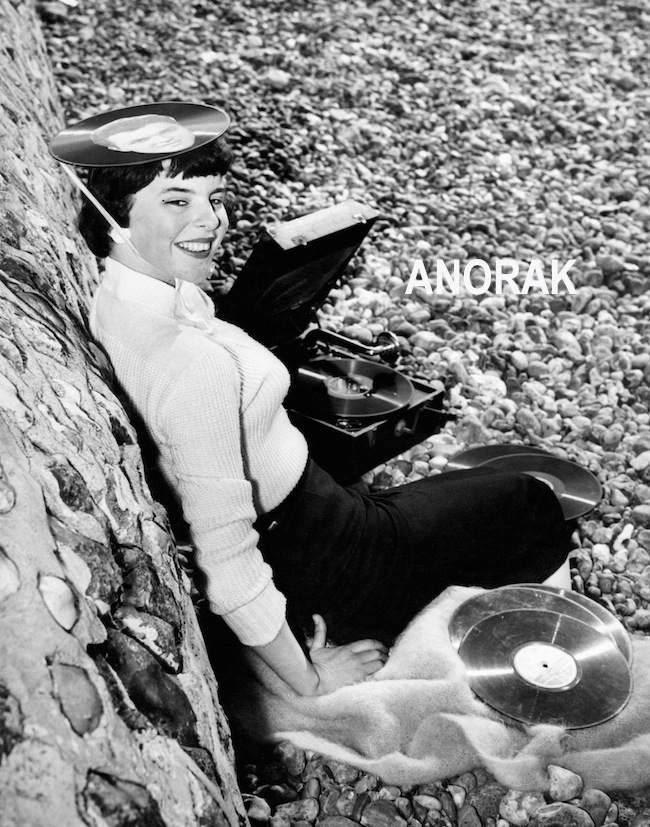 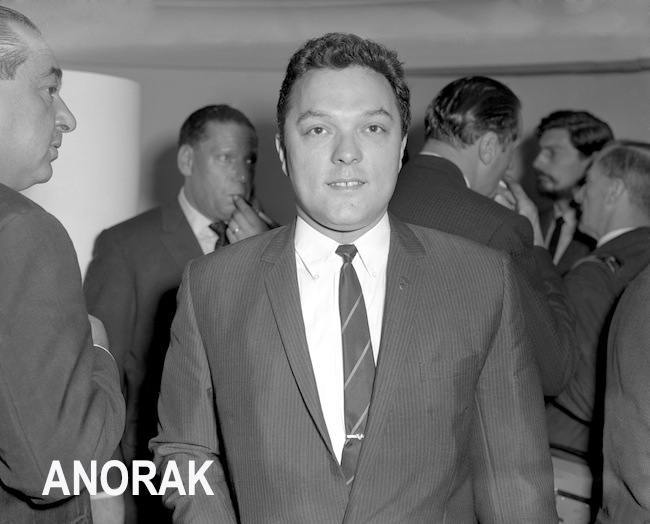 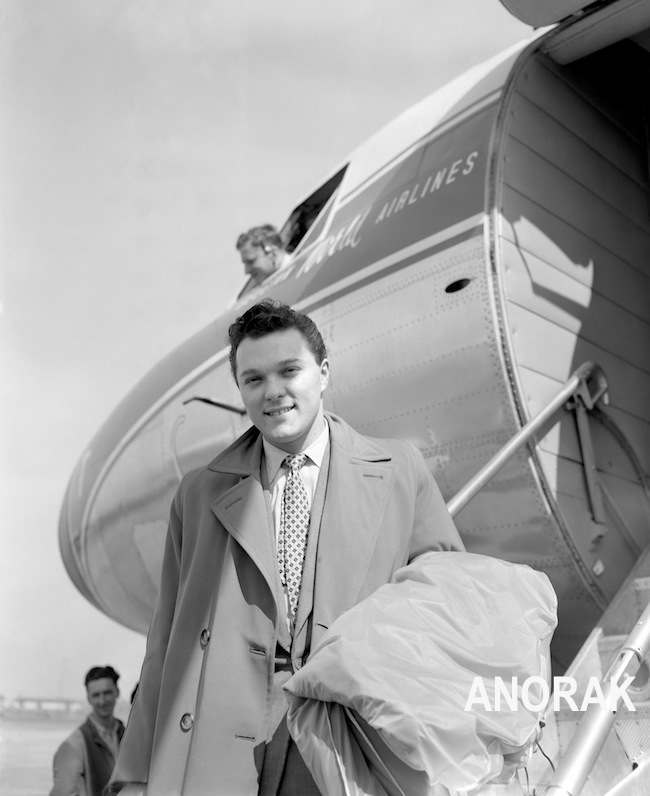 April, 1957 – British singer Dickie Valentine at London Airport as he boarded a Sabena plane for Antwerp. He was voted the Top UK Male Vocalist in 1952 while singing with the Ted Heath Orchestra, the most successful of all British big bands, and again after going solo in 1954. He recorded two number one hits, “Christmas Alphabet” and “Finger of Suspicion”. 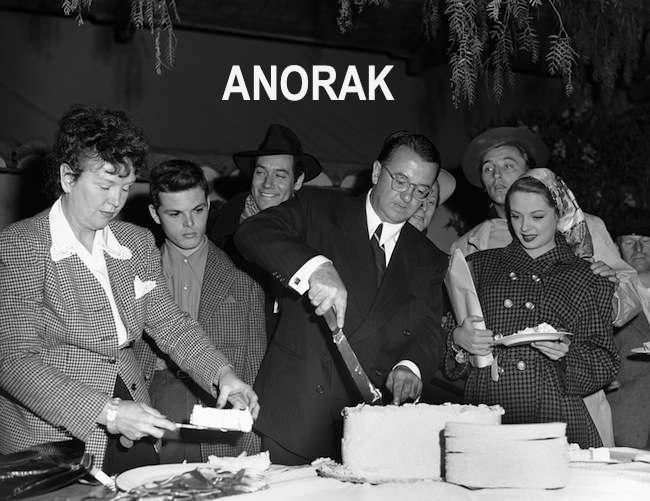 A surprise birthday party for R-K-O director Jacques Tourneur, was a far cry from the ones you’­ve been hearing about. There was plenty of ice cream cake and the nearest approach to liquor was a prop bar on a nearby set. The high note of the festivities was reached when Tourneur cut the huge ice cream cake on Nov. 26, 1946. Left to right: Dixie McCoy, dialogue director; Dickie Moore, Paul Valentine, Tourneur, Robert Mitchum and Jane Greer. 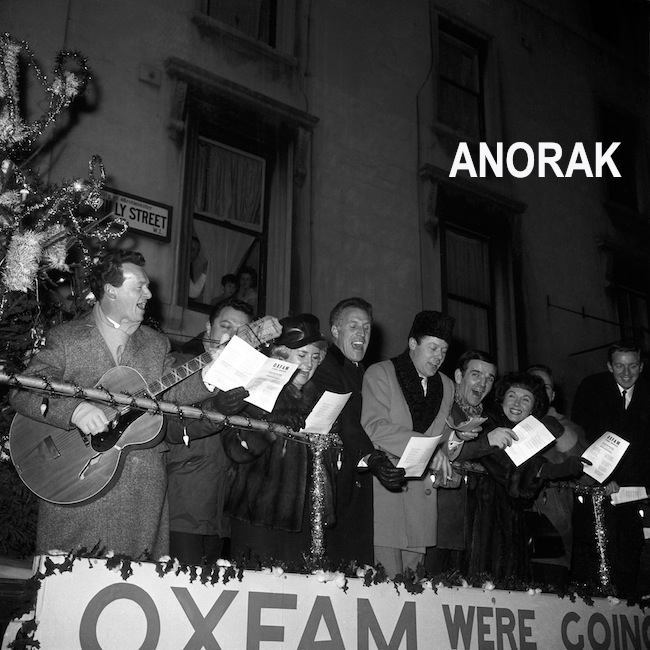