ON March 3 1982, Queen Elizabeth 2 opened the Barbican Centre for Arts and Conferences in the City of London. This is the story in photos of the centre’s inception and those who graced its halls in the 1980s: 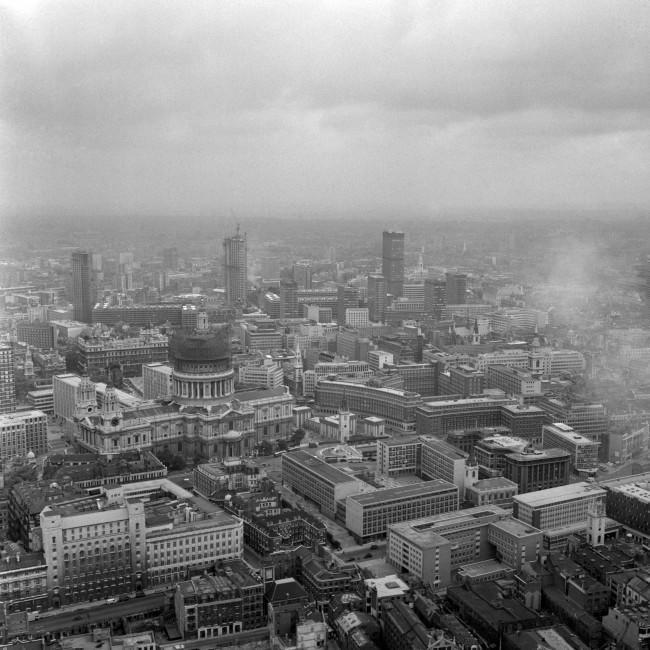 A view of St Paul’s Cathedral, with the Barbican development tower blocks in the background.
Date: 06/08/1968 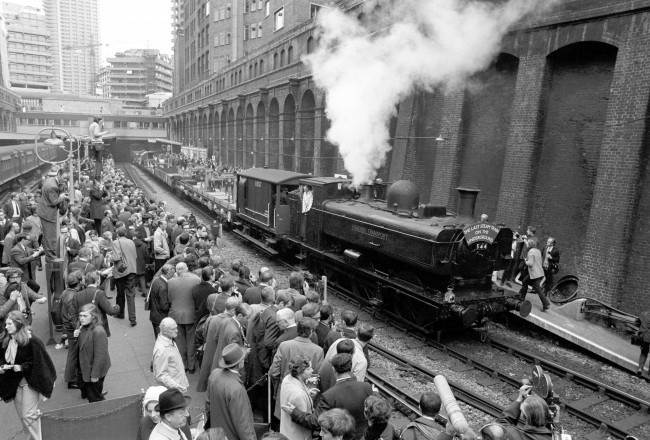 Railway enthusiasts gather on the platforms at Barbican Station to bid farewell to the last steam train on London Transport railways. A commemorative journey was run from Moorgate to Neasden depot.

The centre, which has been 15 years in the making, is the largest arts centre in western Europe and covers five-and-a-half acres of Cripplegate, which was destroyed by Nazi bombers in World War II. The new multi-million pound building will provide a new home for the Royal Shakespeare Company and the London Symphony Orchestra. 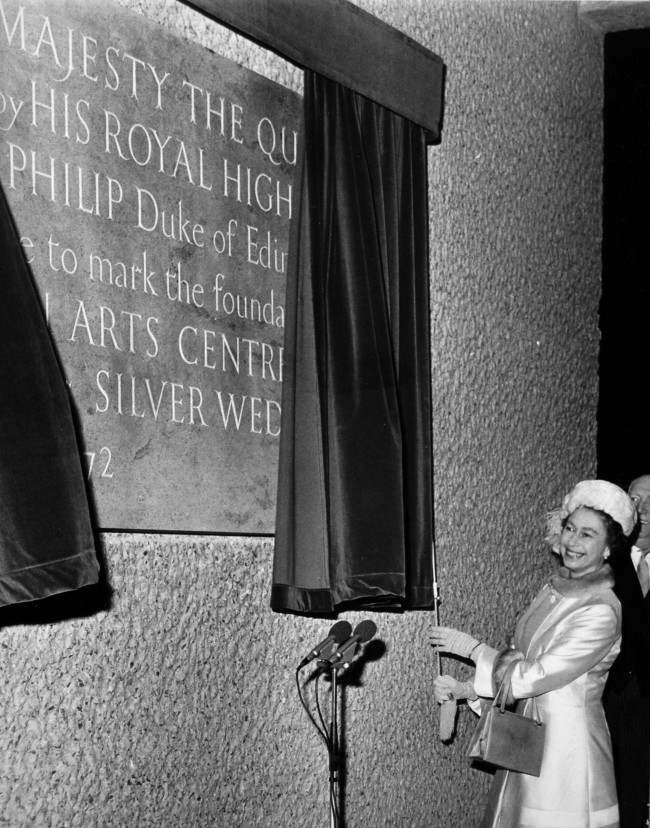 The centre also houses a concert hall for 2,000 people, two theatres, a cinema, a library, a conference centre and several galleries. 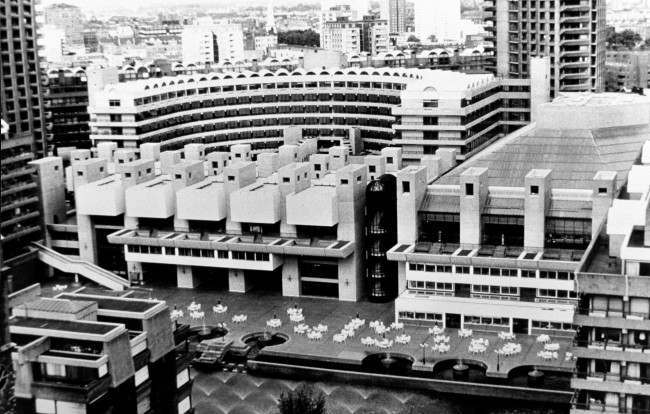 The main entrance of Barbican Arts & Conference Centre development in Central London is seen in this 1982 general view. The newly opened Barbican Centre, home to the Royal Shakespeare Company and the London Symphony Orchestra, is Europe’s largest largest multi-arts and conference venue.
Date: 01/01/1982

As she unveiled a plaque commemorating the opening of the Barbican, the Queen said: “What has been created here must be one of the wonders of the modern world.” 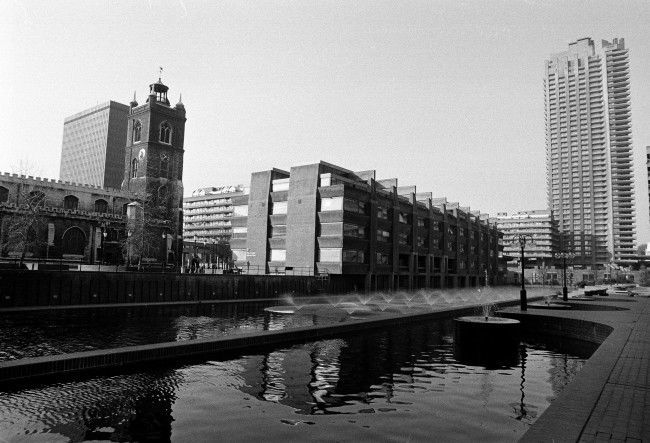 St. Giles Church Cripplegate, left, where Oliver Cromwell was married, and English poet John Milton was laid to rest, is the only surviving historic landmark at the heart of Barbican Arts & Conference Centre development in Central London, February 3, 1982.

Plans for a new arts centre at the Barbican were originally given the go-ahead in 1971 when it was proposed that construction would cost £17m and would take six years to complete. 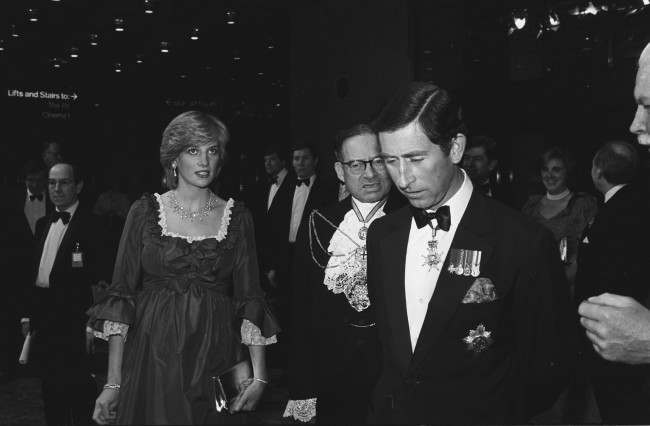 The Princess of Wales, who is expectant a baby in the summer, arrives at the Barbican Centre with Prince Charles to attend a Royal Gala concert in aid of the Order of St John and the Prince’s Trust.  Date: 04/03/1982 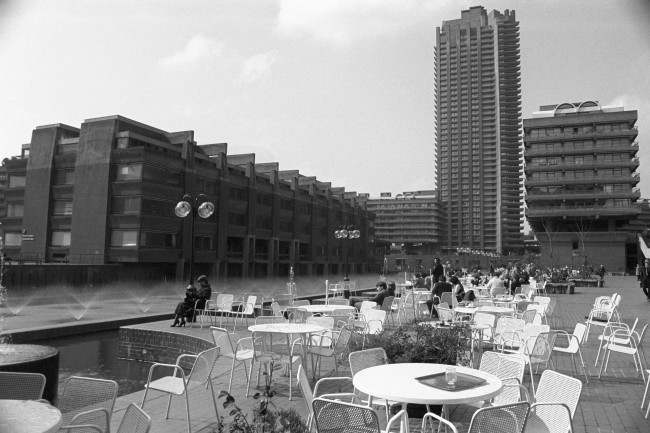 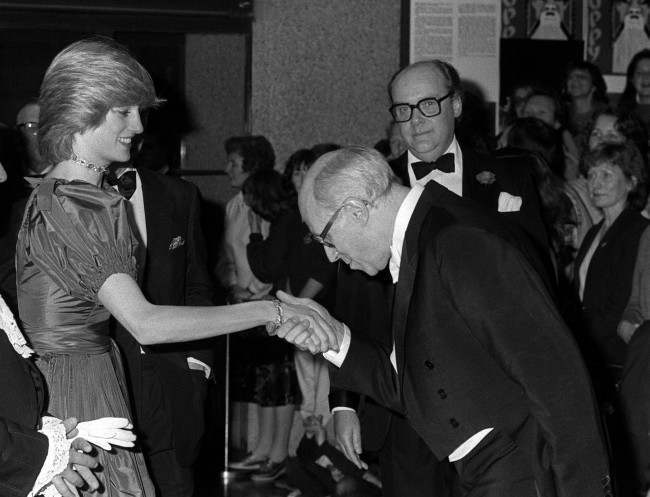 The Princess of Wales is greeted by Russian cellist Mstislav Rostropovitch at the Barbican Centre in London at a special concert given for the Prince and Princess of Wales as a wedding gift. * This was the princess’s first public engagement since the birth of her son, Prince William of Wales. Date: 26/10/1982 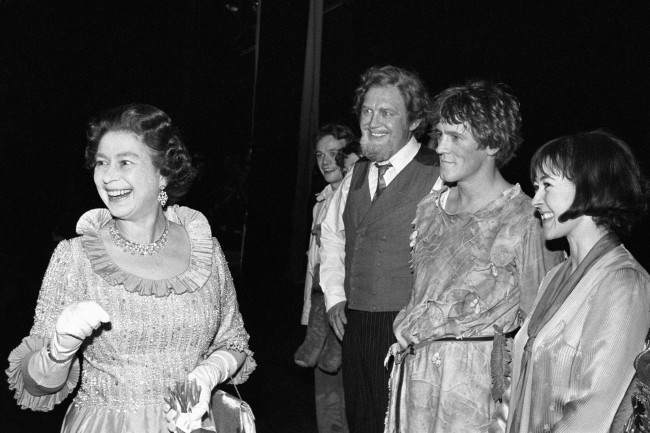 Queen Elizabeth II laughing merrily whilst meeting the main character’s after the Charity Gala performance of “Peter Pan” last night at the Barbican Theatre. From right: Jane Carr (Wendy), Miles Anderson (Peter Pan) and Joss Ackland (Mr Darling/Captain Hook). For the first time in the plays 78 year history, the title role created by J.M.Barrie was played by an actor, not an actress, in this Royal Shakespeare Company production. 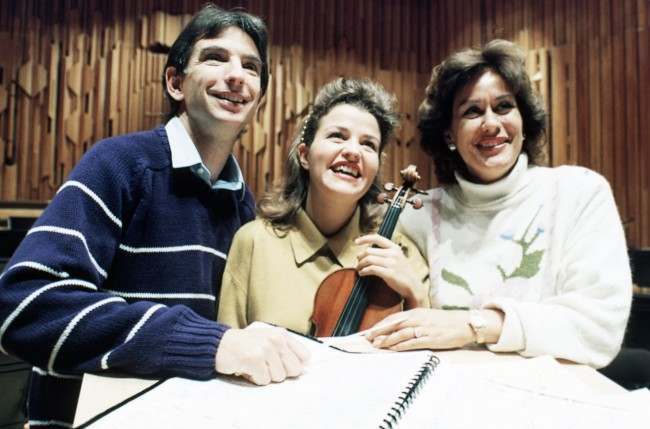 New Zealand soprano Kiri Te Kanawa, right, with German violinist Anne Sophie Mutter and London Symphony Orchestra conductor Michael Tilson Thomas in London, England, United Kingdom, on Sept. 28, 1989, during rehearsals for the orchestra’s 85th anniversary concert. The concert, held in evening at the Barbican in London, was attended by the Princess of Wales 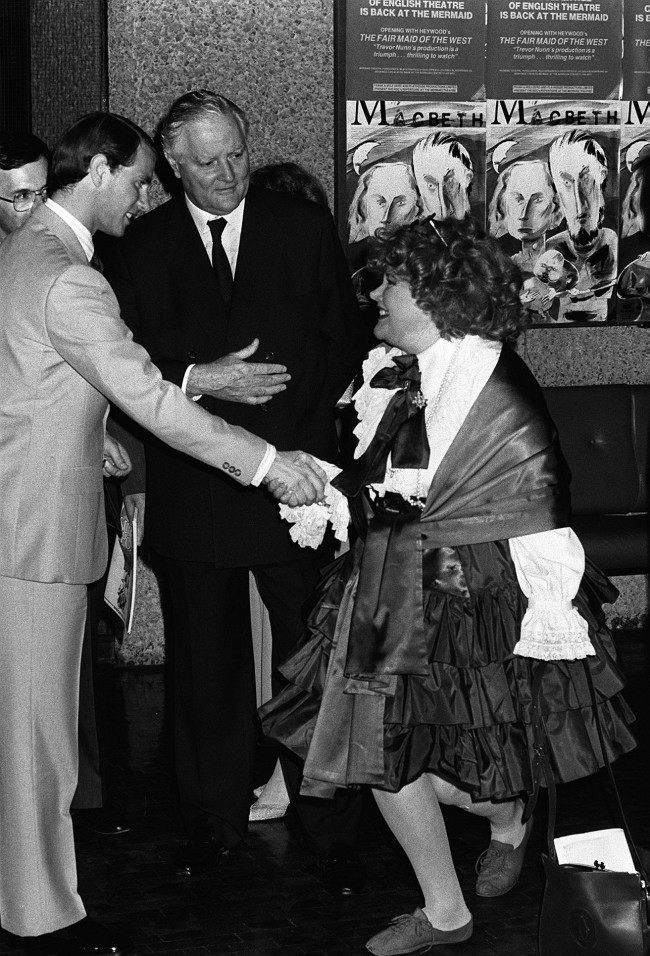 PRINCE EDWARD IS WELCOMED TO LONDON’S BARBICAN CENTRE BY LORD AND LADY ROTHERMERE BEFORE A CONCERT TO LAUNCH A SERIES OF “SUMMER POPS” BY LONDON SYMPHONY ORCHESTRA
Date: 07/07/1987 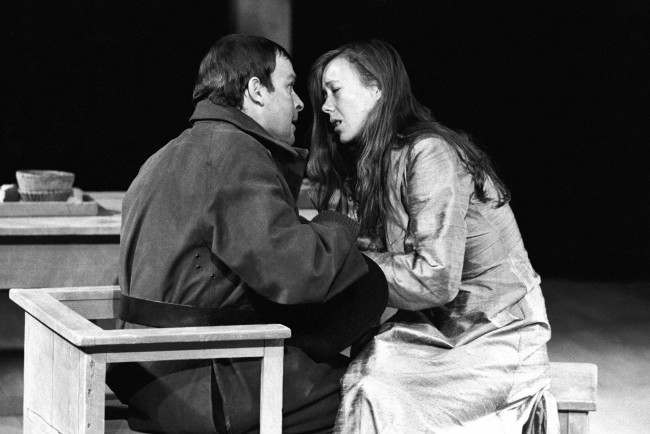 Actress Jenny Agutter in a production of ‘Arden of Faversham’ with Ian Talbot at the Barbican’s Pit theatre. 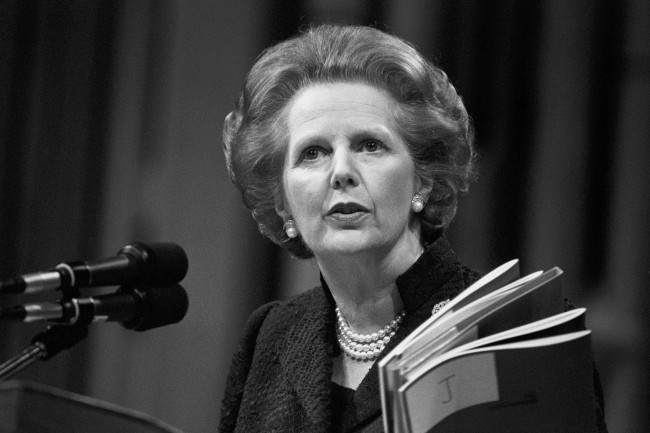 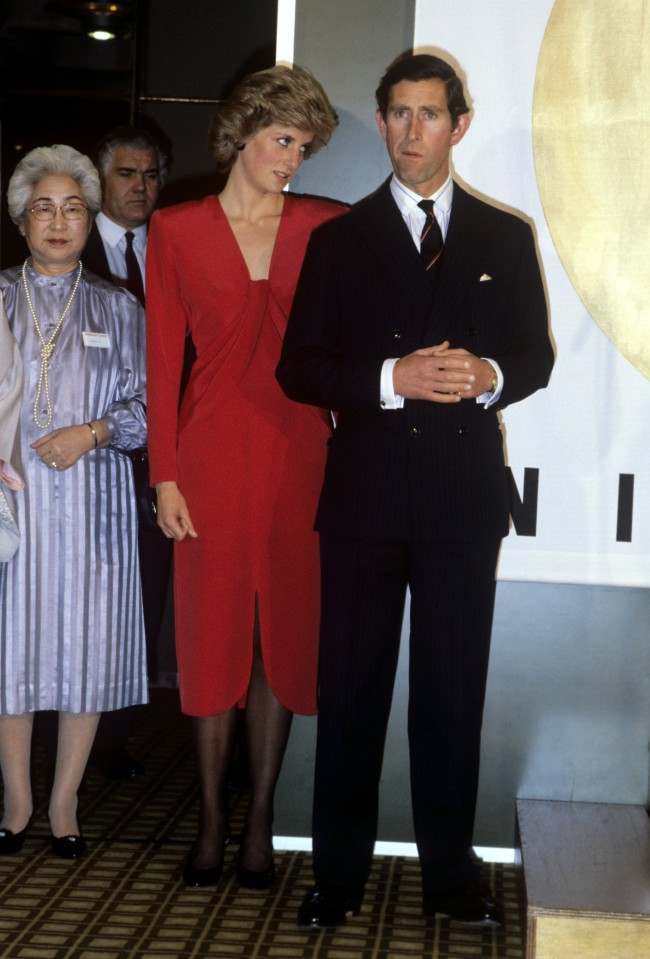 The Prince and Princess of Wales opening Britain’s largest festival of contemporary Japanese culture at the Barbican Centre, London.
Date: 27/11/1985 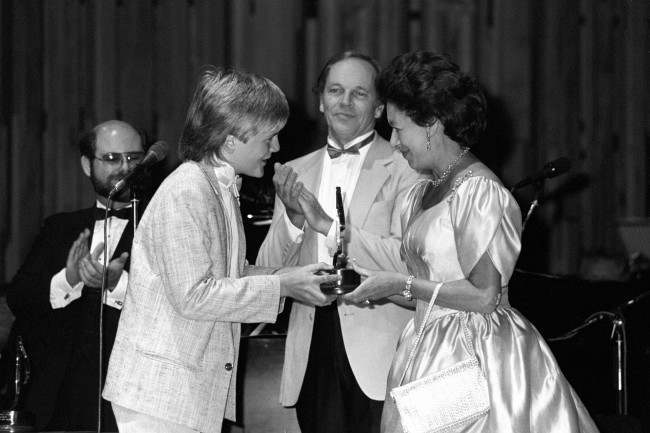 Choir boy Aled Jones receiving his award in the Allmusic Talent of the Year category from Princess Margaret. Watching is John Dankworth, conductor and featured soloist in the concert.
Date: 29/09/1986 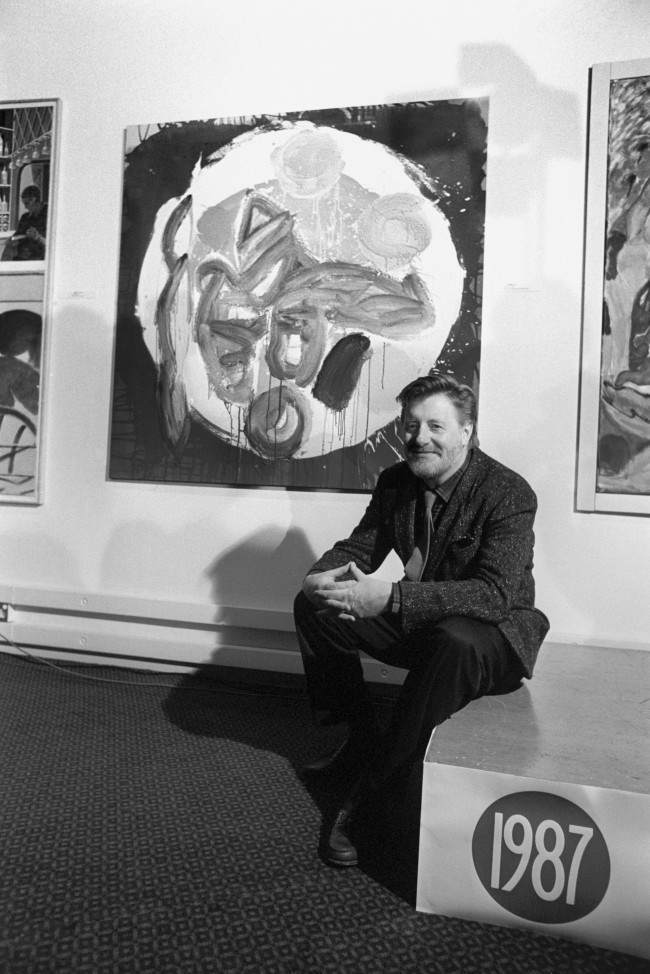 Sheffield-born abstract artist John Hoyand, 53, with his work that won him the Athena Art Award ‘s top prize of Â£25,000 at the Awards ceremony at the Barbican Centre in London.
Date: 10/02/1987

PRINCE EDWARD IS WELCOMED TO LONDON’S BARBICAN CENTRE BY LORD AND LADY ROTHERMERE BEFORE A CONCERT TO LAUNCH A SERIES OF “SUMMER POPS” BY LONDON SYMPHONY ORCHESTRA
Date: 07/07/1987 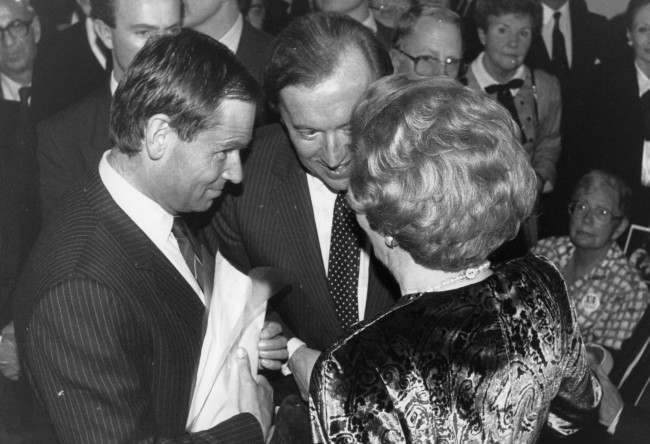 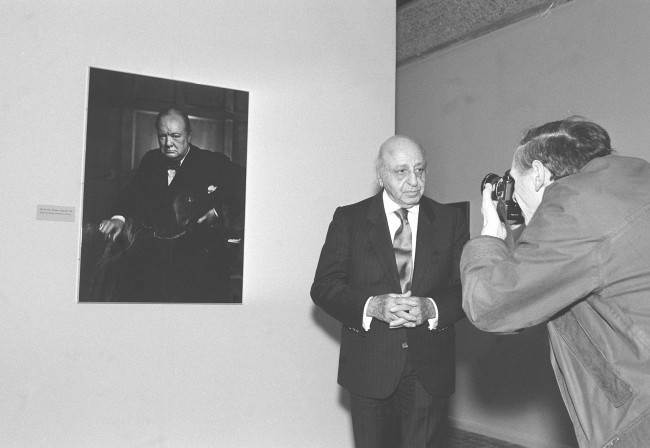 Facing the other side of the camera for a change, celebrated portrait photographer Yousuf Karsh is captured on film next to his famous large image of Sir Winston Churchill, taken in 1941, during the preview of his 80th birthday exhibition at London’s Barbican Art Gallery. Date: 24/02/1988 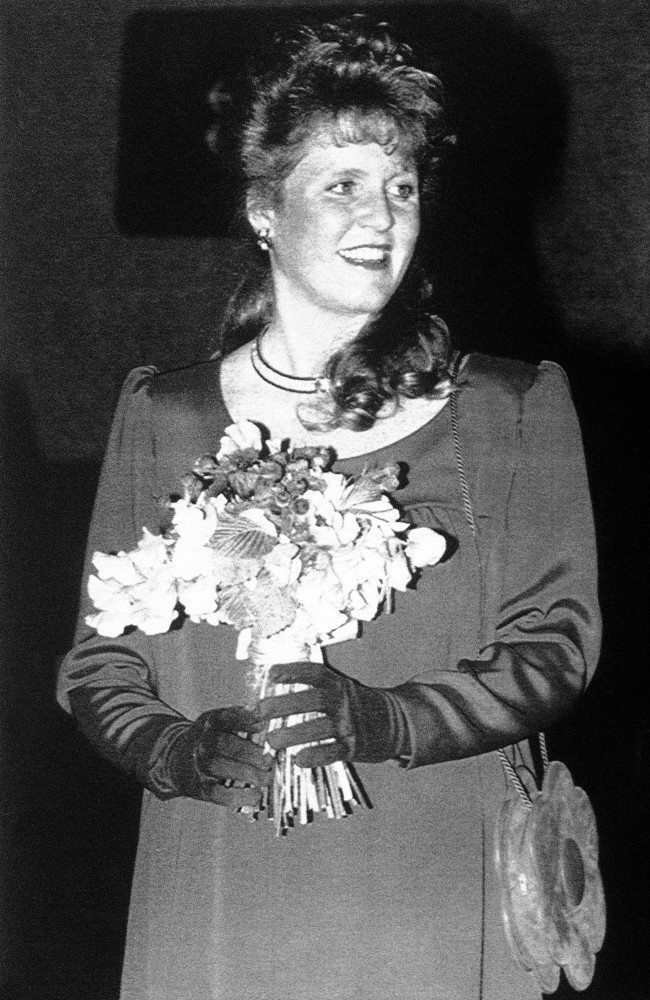 Britain’s Sarah Ferguson, the Duchess of York, who is expecting her first child in August, arrives for the opening concert in a festival of French Arts entitled “Images of France” at the Barbican in London, May 12, 1988. 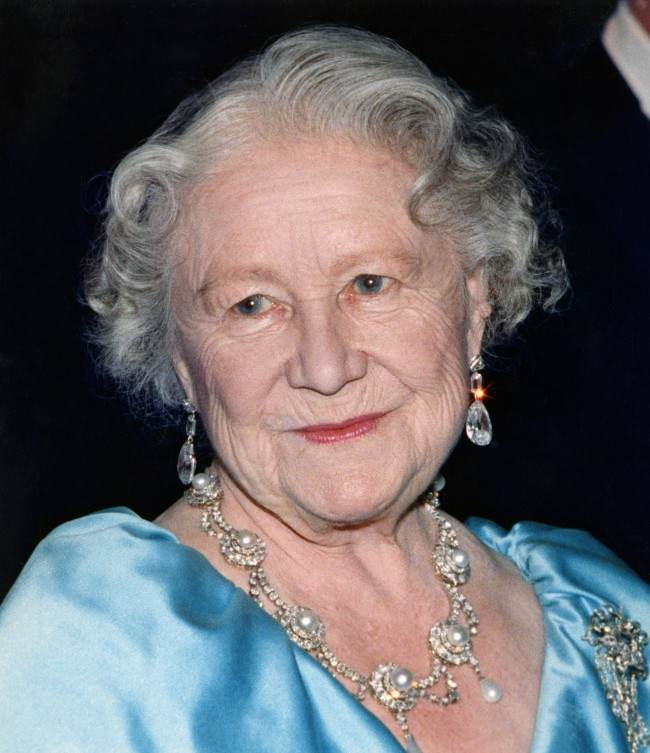 Britain’s Queen Elizabeth the Queen Mother, arrives at The Barbican centre, in the City of London, on May 31, 1988, to attend the opening performance of Les Arts Florissants

New Zealand soprano Kiri Te Kanawa, right, with German violinist Anne Sophie Mutter and London Symphony Orchestra conductor Michael Tilson Thomas in London, England, United Kingdom, on Sept. 28, 1989, during rehearsals for the orchestra’s 85th anniversary concert. The concert, held in evening at the Barbican in London, was attended by the Princess of Wales 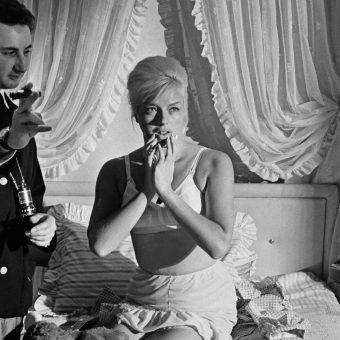