These images appear in the 1874 book The Moon: Considered as a Planet, a World, and a Satellite. Calling on their three decades of  “assiduous observation”, British scientists James Nasmyth (19 August 1808 – 7 May 1890) and James Carpenter (1840–1899) showed readers detailed close-ups of the lunar surface made from plaster models. The images when “placed in the sun’s rays… faithfully reproduce the lunar effects of light and shadow”. They “produce most faithful representations of the original” views seen through telescopes. The result was more realistic images of the lunar surface than could be achieved by telescope photography during that period. 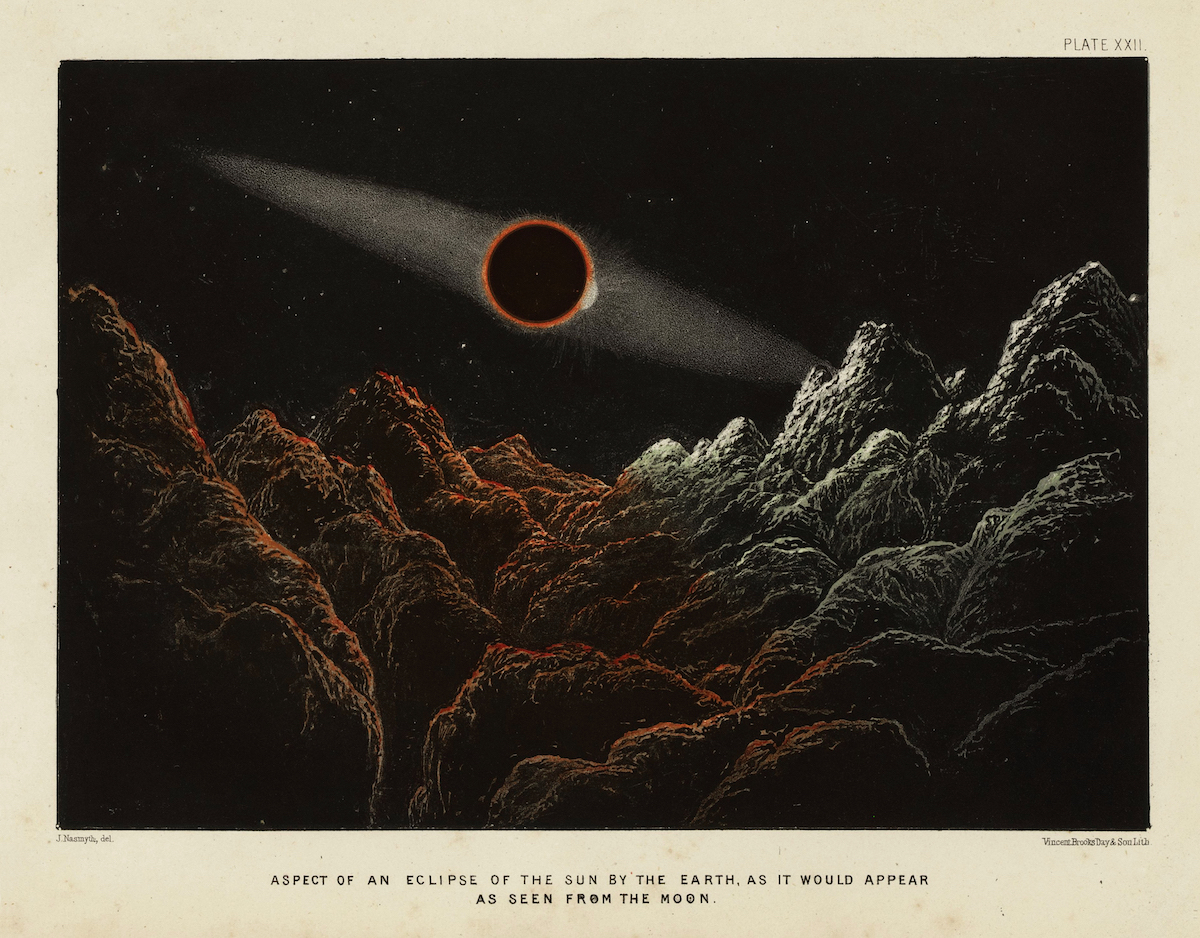 Dreaming of the stars au clair de lune, curious minds, from Democritus to da Vinci, Galileo and John W. Draper (he took the first photograph of the moon; a daguerreotype that took over a half-an-hour to expose), drew what they saw. James Nasmyth went further. Co-founder of Nasmyth, Gaskell and Company manufacturers of machine tools, he retired at the age of 48, and developed his hobbies of astronomy and photography. His 3D plaster casts of the lunar surface were impressions of the view through the 20-inch reflecting telescope he designed and built.

Nasmyth’s views of the moon supported his claim that the lunar surface was the result of volcanic activity. “Rather than declaring Nasmyth’s methodology unscientific, however,” says The Met, “his contemporaries lauded the visual effects and found his arguments convincing. This reception suggests that the photographic medium itself imbued the images with a sense of veracity that lent them scientific authority.” 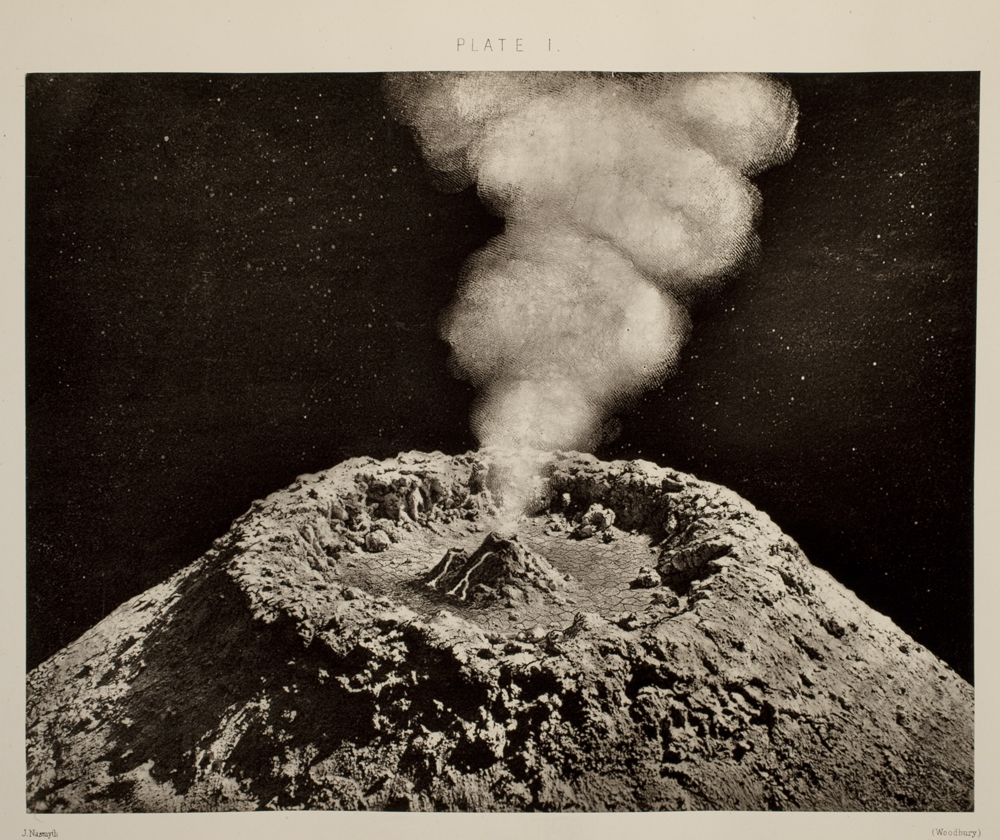 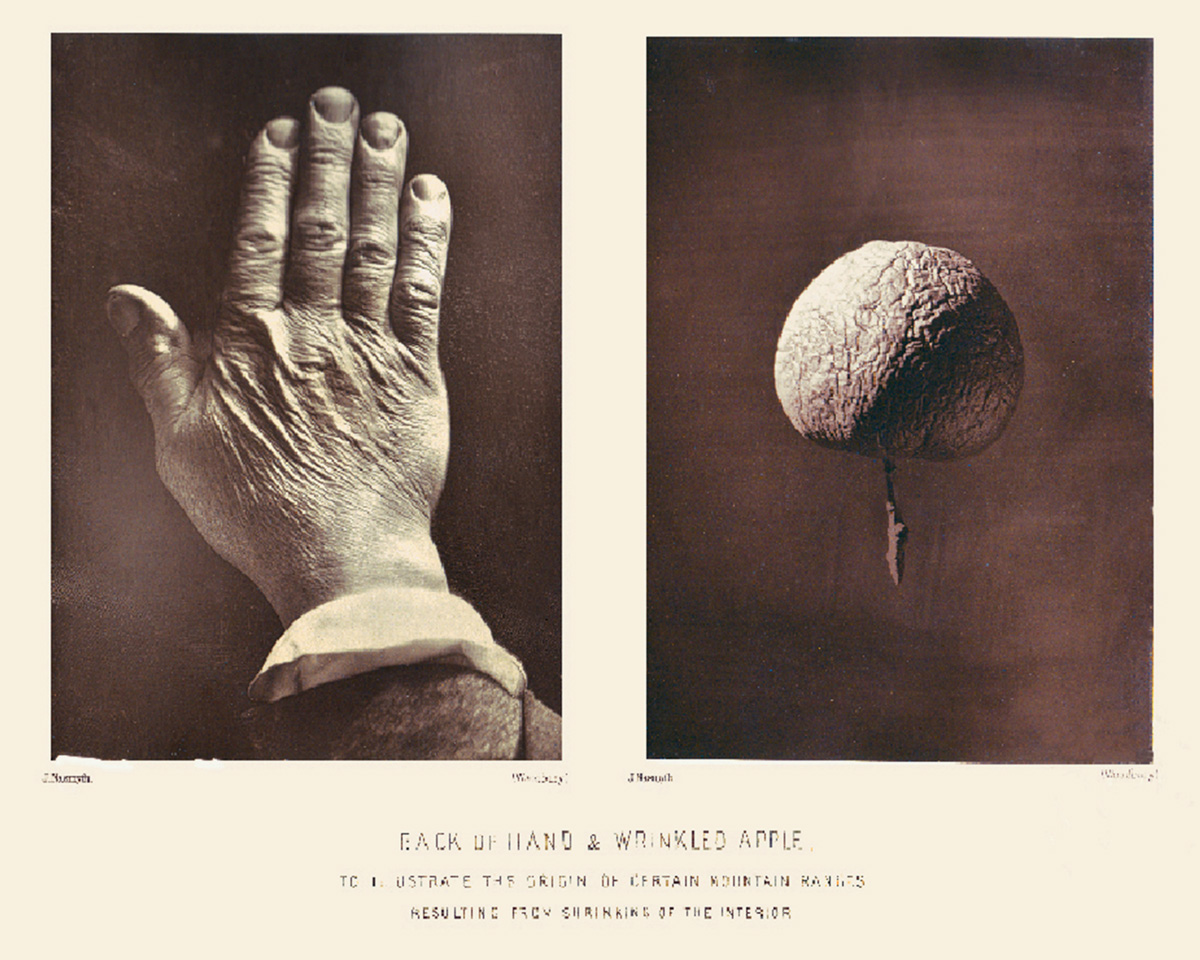 During upwards of thirty years of assiduous observation, every favourable opportunity has been seized to educate the eye not only in respect to comprehending the general character of the moon’s surface, but also to examining minutely its marvellous details under every variety of phase, in the hope of rightly understanding their true nature as well as the causes which had produced them.

This object was aided by making careful drawings of each portion or object when it was most favourably presented in the telescope. These drawings were again and again repeated, revised, and compared with the actual objects, the eye thus advancing in correctness and power of appreciating minute details, while the hand was acquiring, by assiduous practice, the art of ixrendering correct representations of the objects in view. In order to present these Illustrations with as near an approach as possible to the absolute integrity of the original objects, the idea occurred to us that by translating the drawings into models which, when placed in the sun’s rays, would faithfully reproduce the lunar effects of light and shadow, and then photographing the models so treated, we should produce most faithful representations of the original. The result was in every way highly satisfactory, and has yielded pictures of the details of the lunar surface such as we feel every confidence in submitting to those of our readers who have made a special study of the subject. It is hoped that those also who have not had opportunity to become intimately acquainted with the details of the lunar surface, will be enabled to become so by aid of these Illustrations.

In conclusion, we think it desirable to add that the photographic illustrations above referred to are printed by well-established pigment processes which ensure their entire permanency.

– Preface to The Moon: Considered as a Planet, a World, and a Satellite 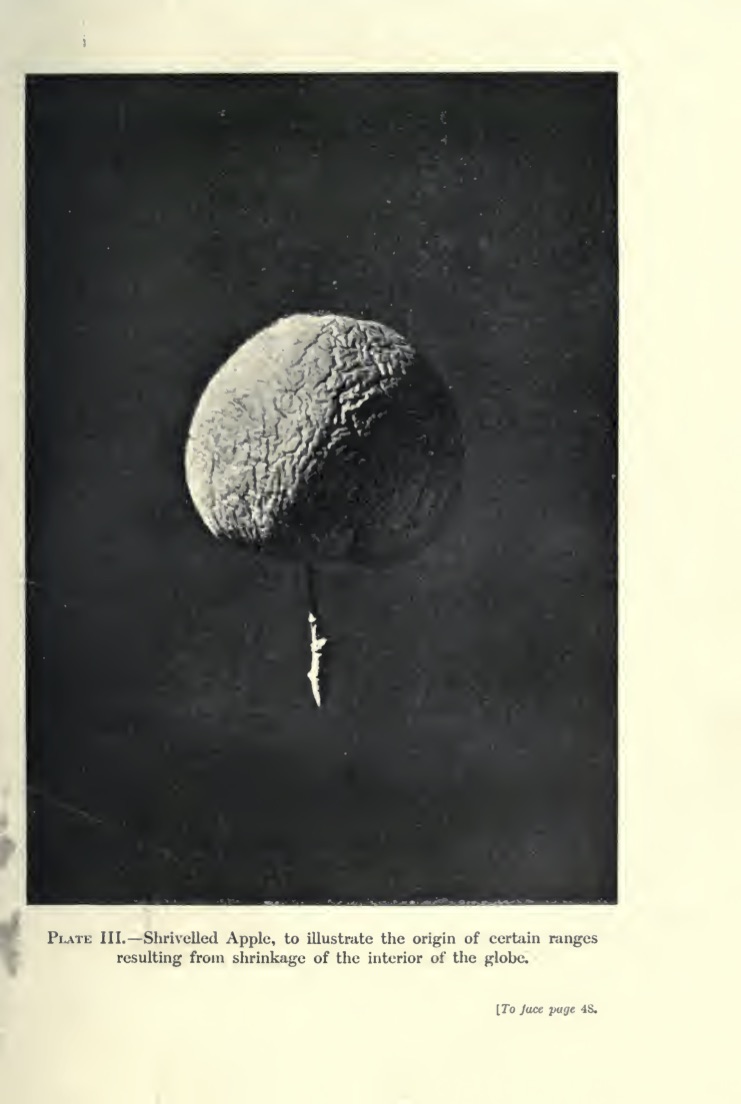 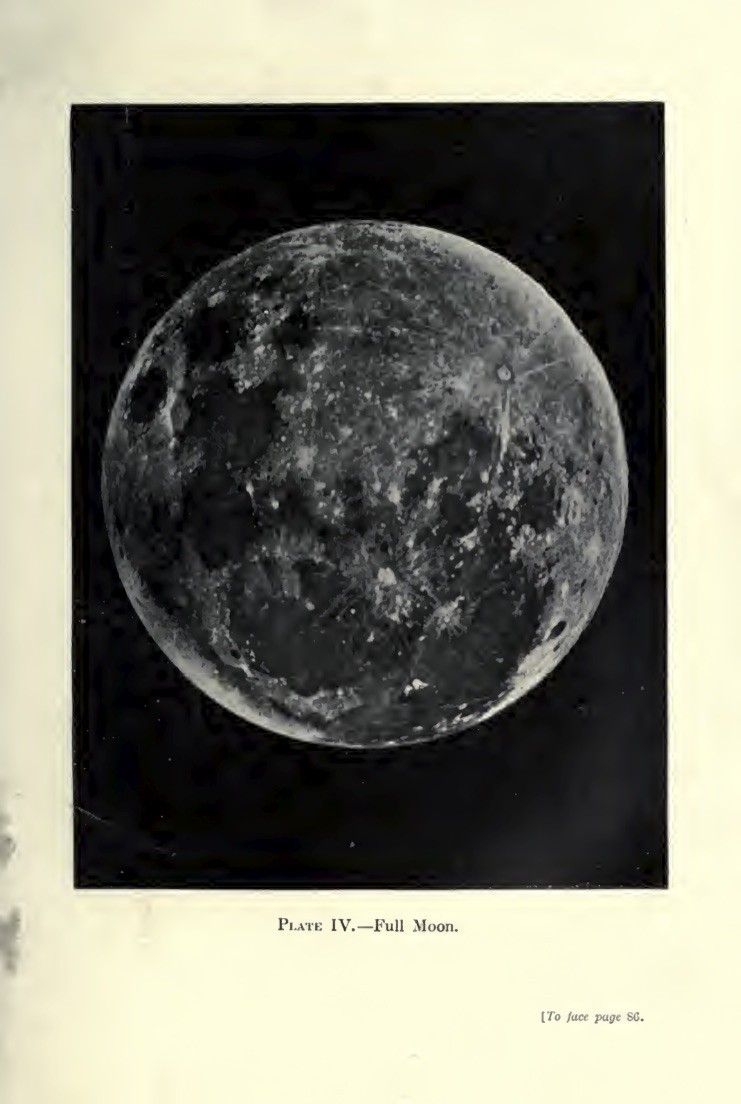 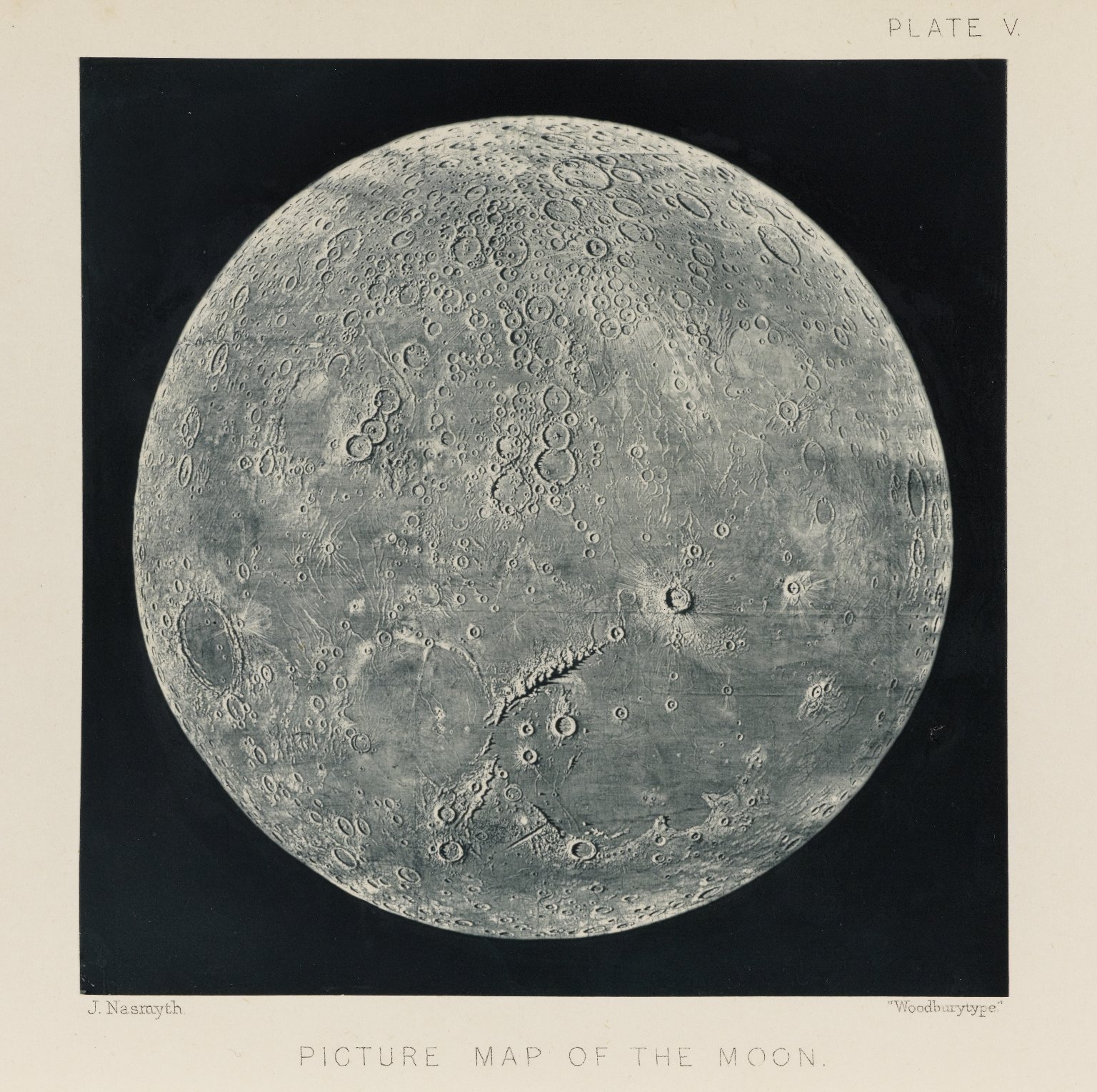 THE illustrations to this book are so admirable, so far beyond those one generally gets of any celestial phenomenon, that one is tempted to refer to them first of all. No more truthful or striking representations of natural objects than those here presented have ever been laid before his readers by any student of Science; and I may add that, rarely if ever, have equal pains been taken to insure such truthfulness.

Mr. Nasmyth, not content with the drawings he has been accumulating for many years, has first translated them into models, which, when placed with a strong light shining obliquely upon them, should reproduce the ever-changing lunar effects of light and shadow. Having obtained models which bore this test, he has photographed them with the light falling, now on one side, and now on the other, to represent the sunrise and sunset appearances on our satellite, as observed in the telescope.

The result is perfect; far more perfect than any enlargement of photographs could possibly have been, because, by every such enlargement, a softness is brought about, whereas, the more powerful the telescope employed and the more perfect the atmospheric conditions, the more does the unevenness and sharpness of every lunar detail come out.

– Review of The Moon Considered as a Planet, a World, and a Satellite, Nature magazine, 1874 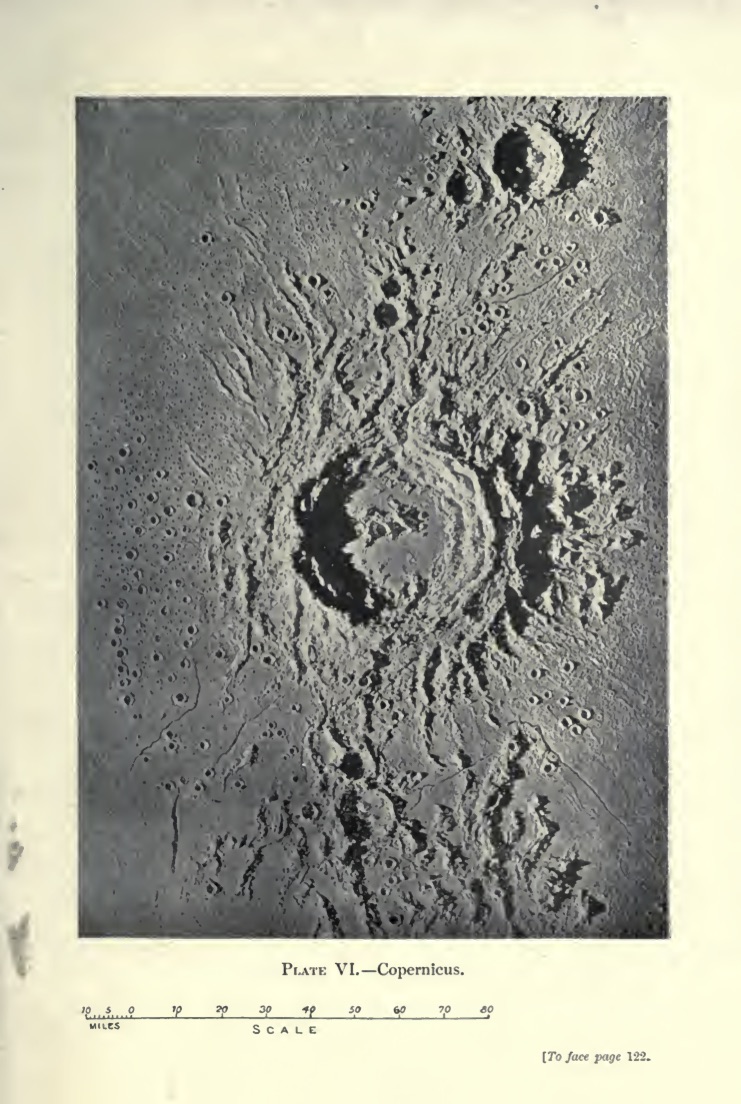 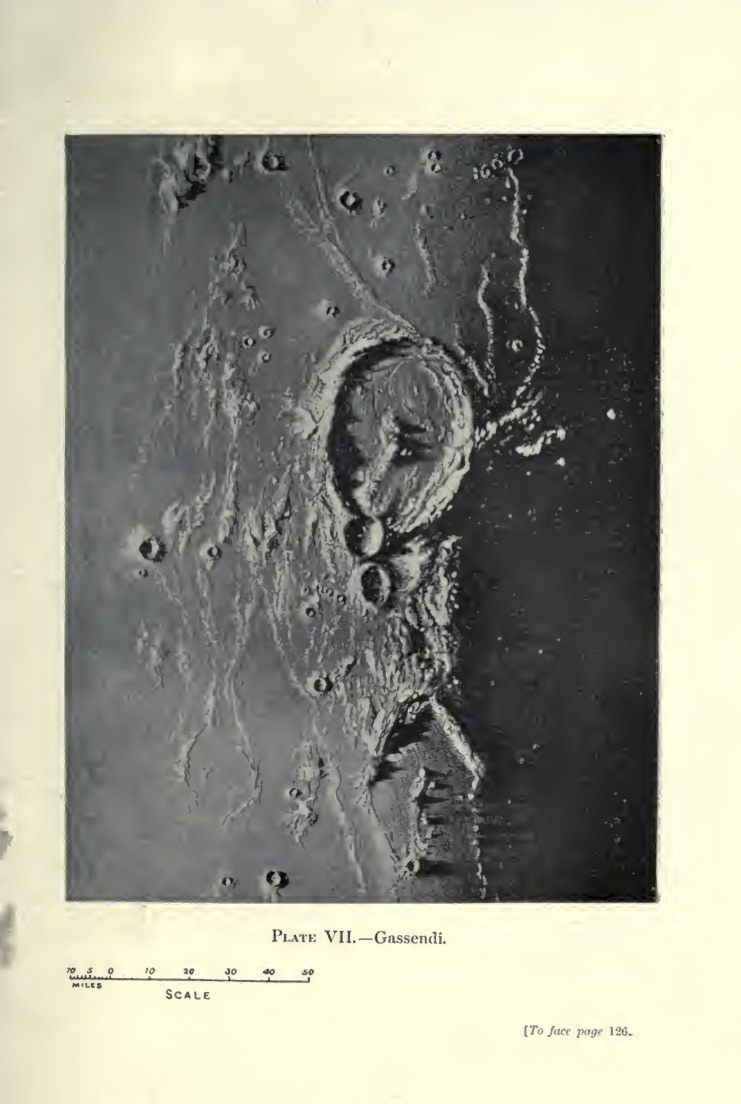 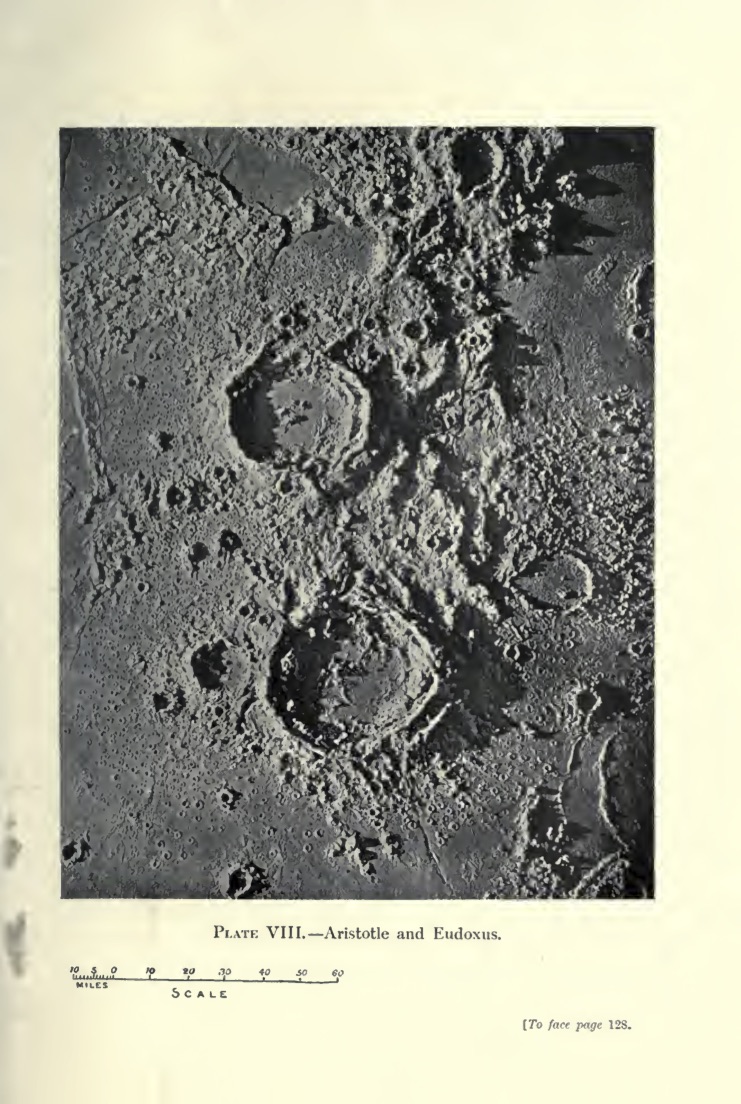 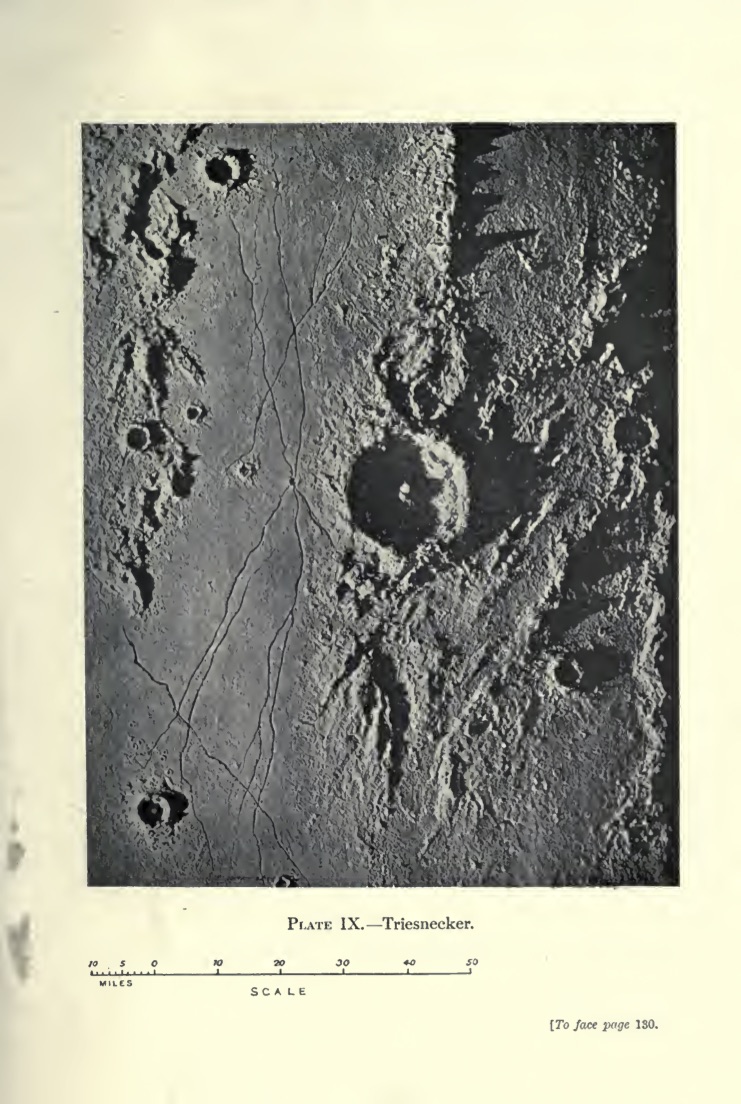 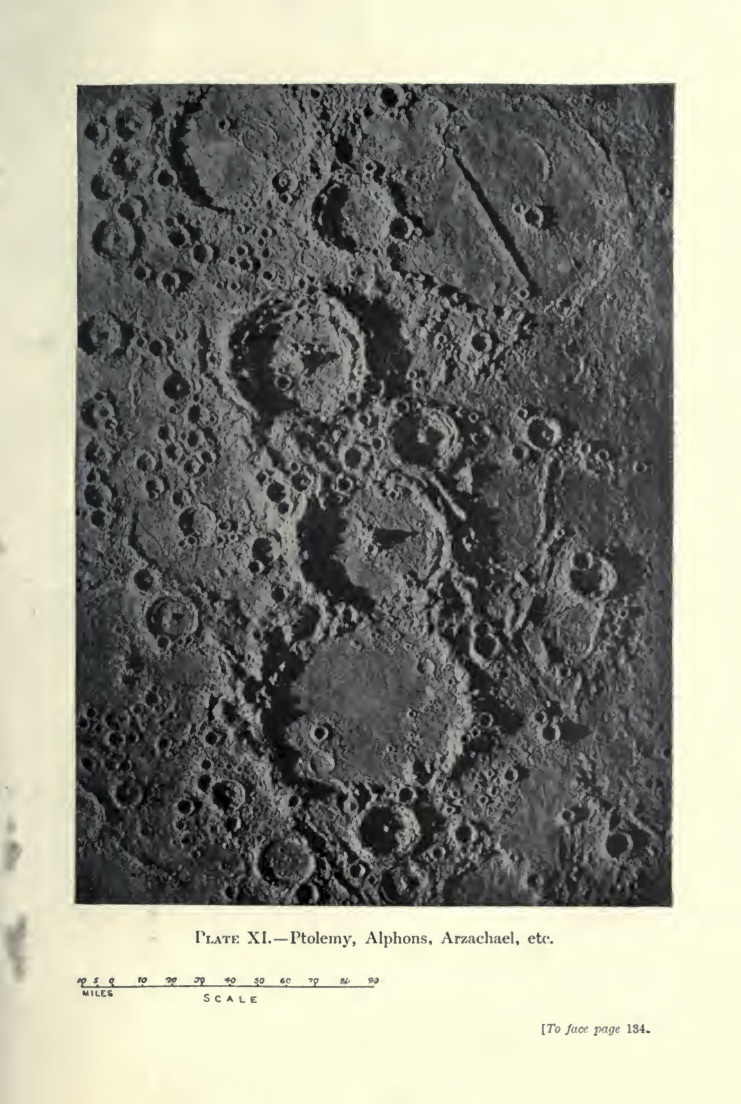 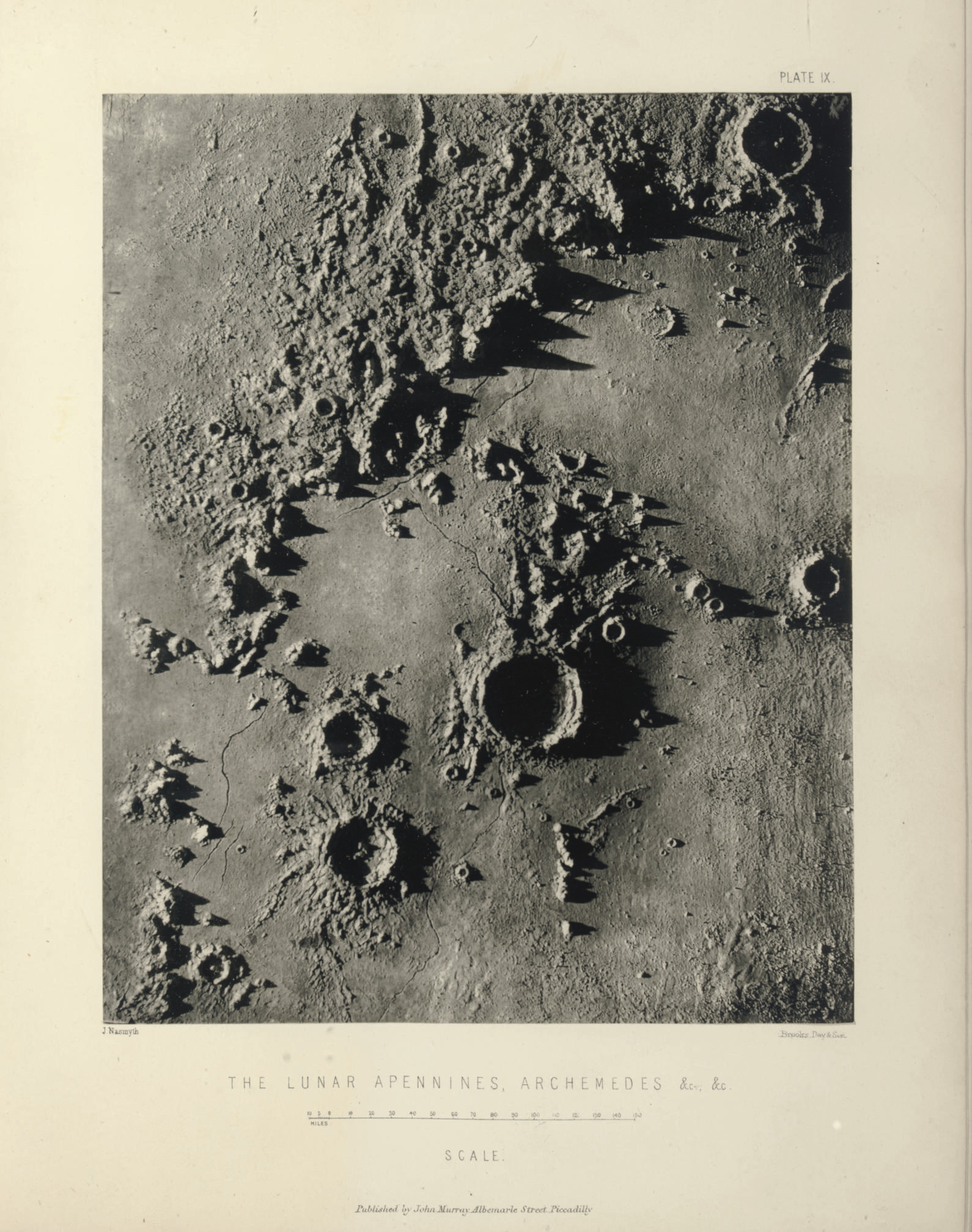 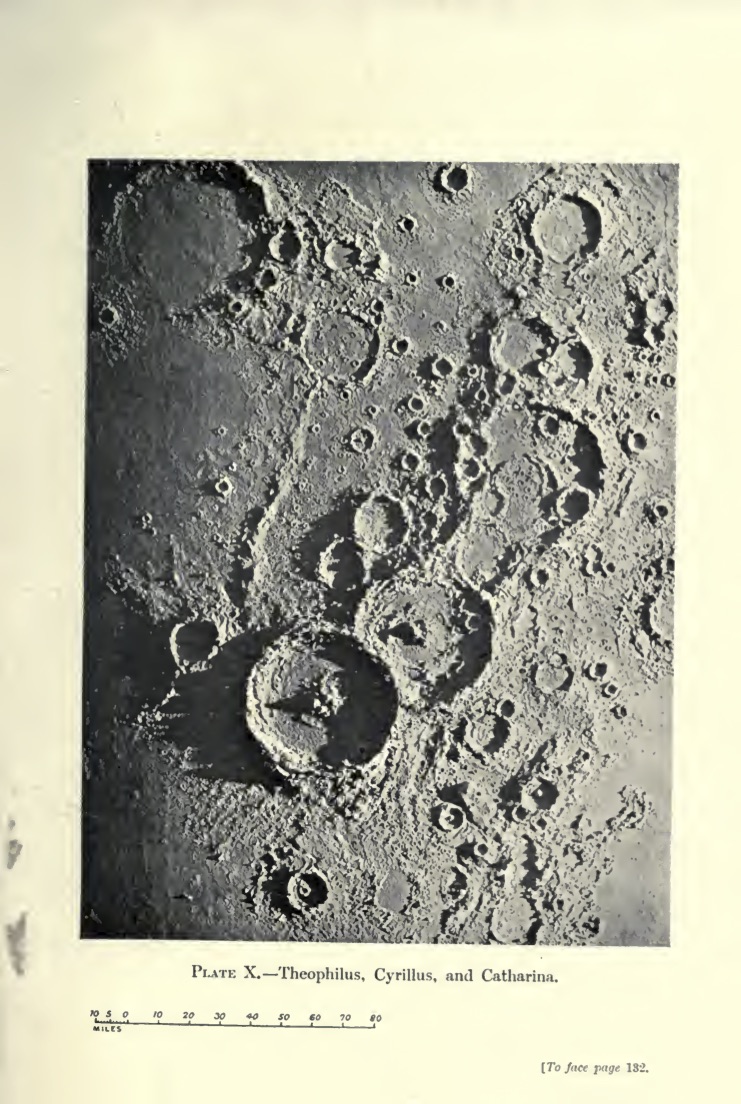 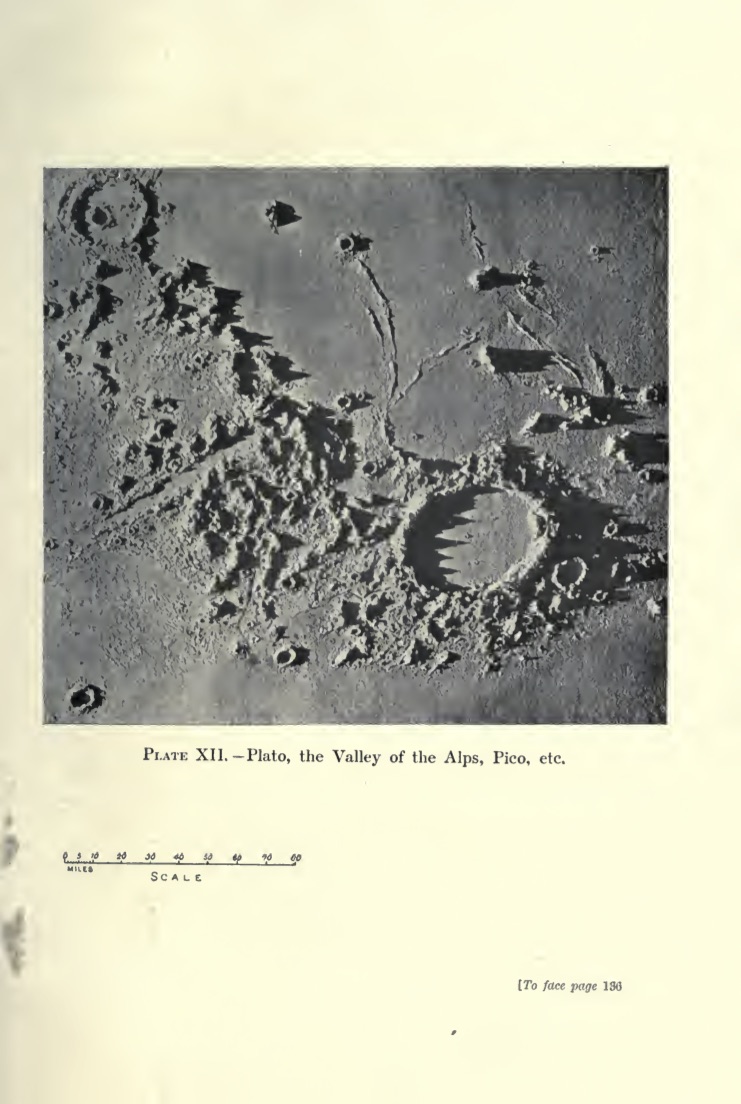 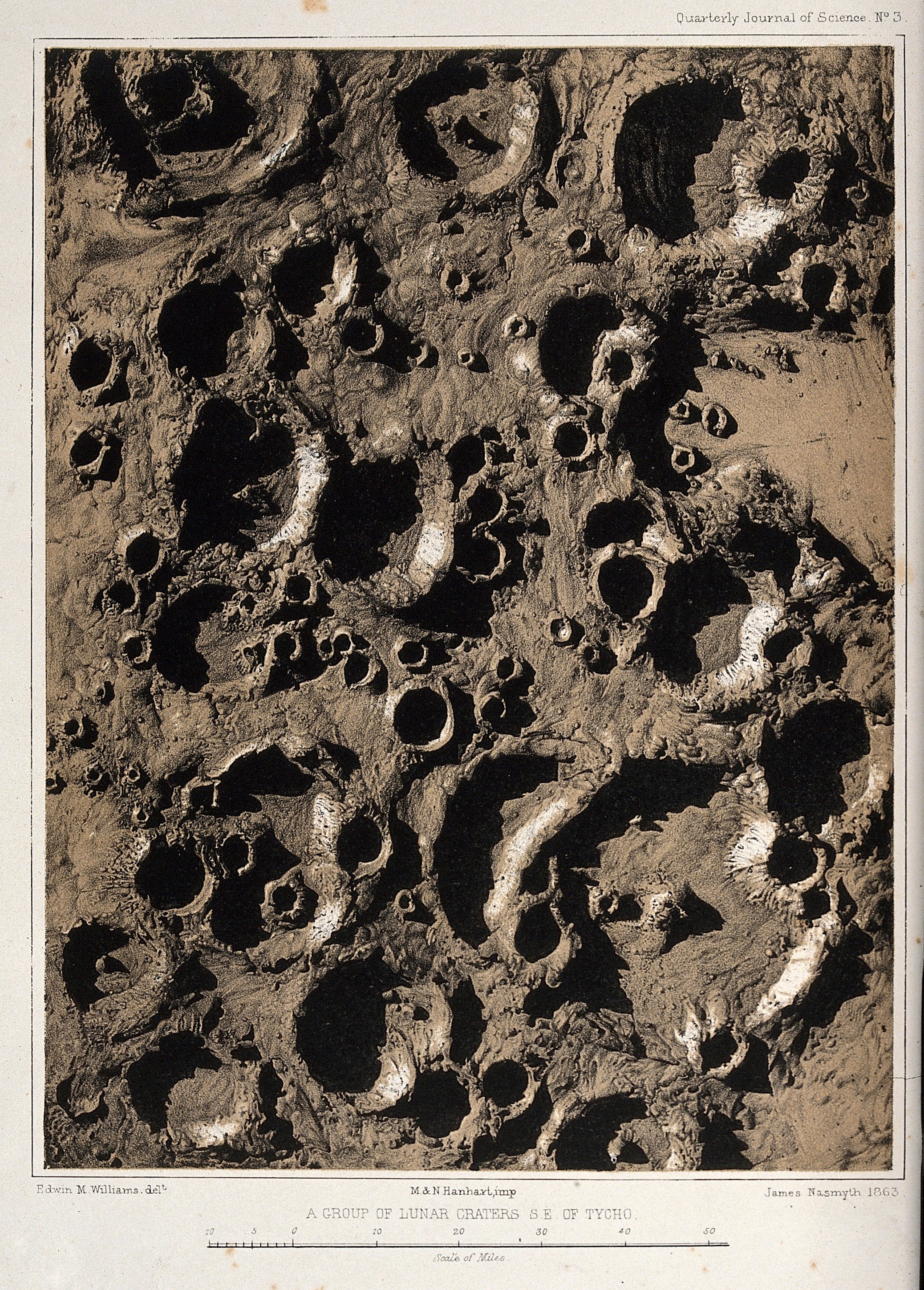 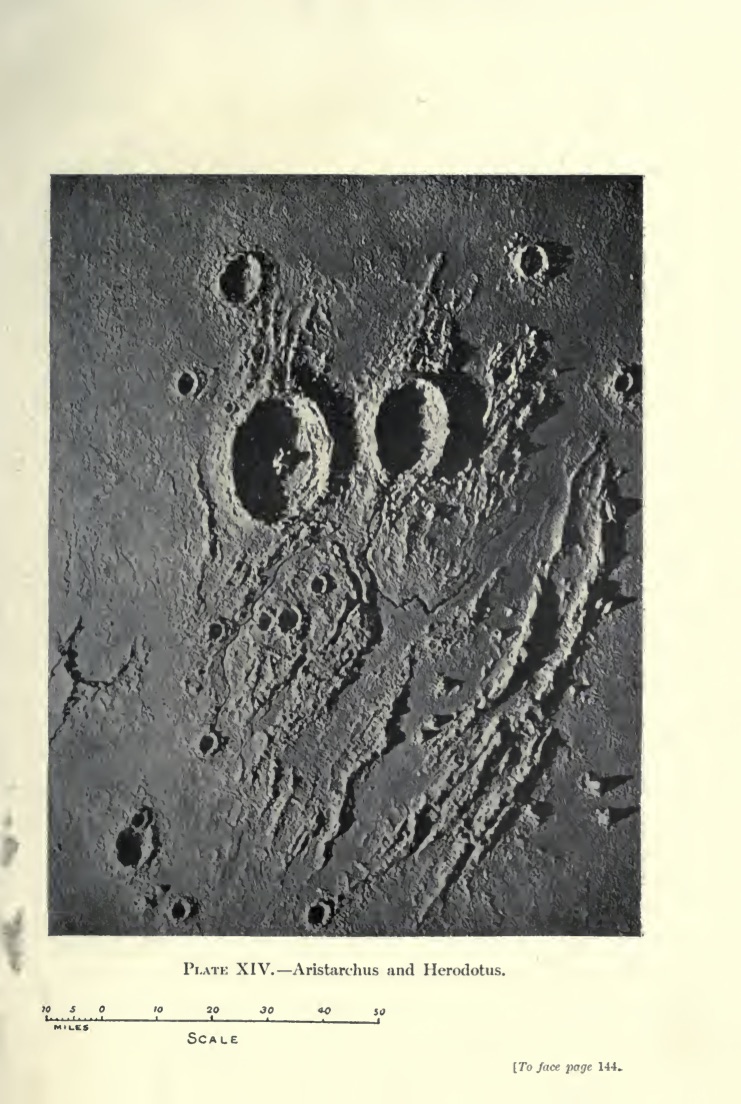 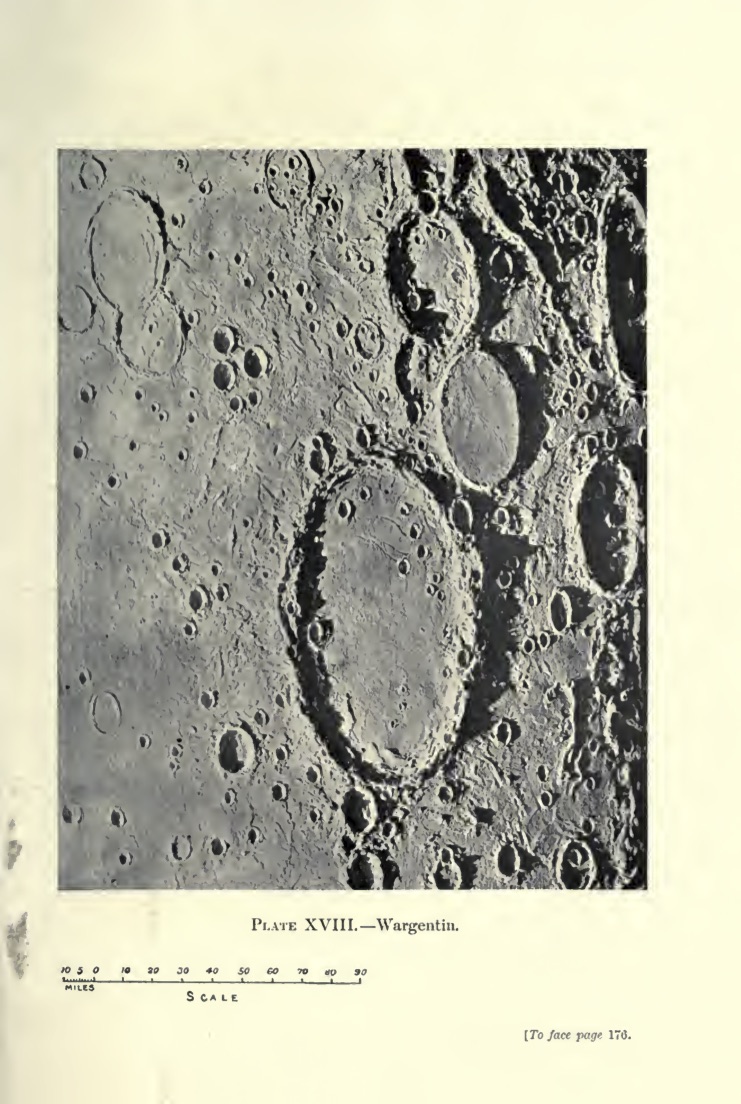 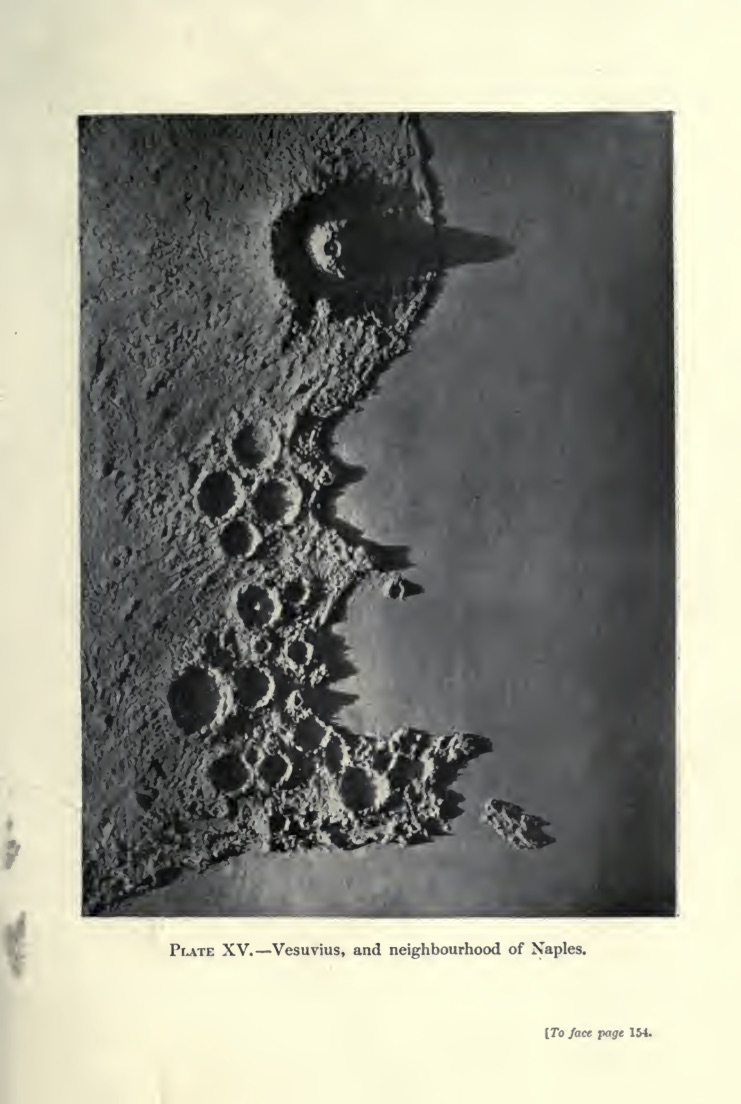 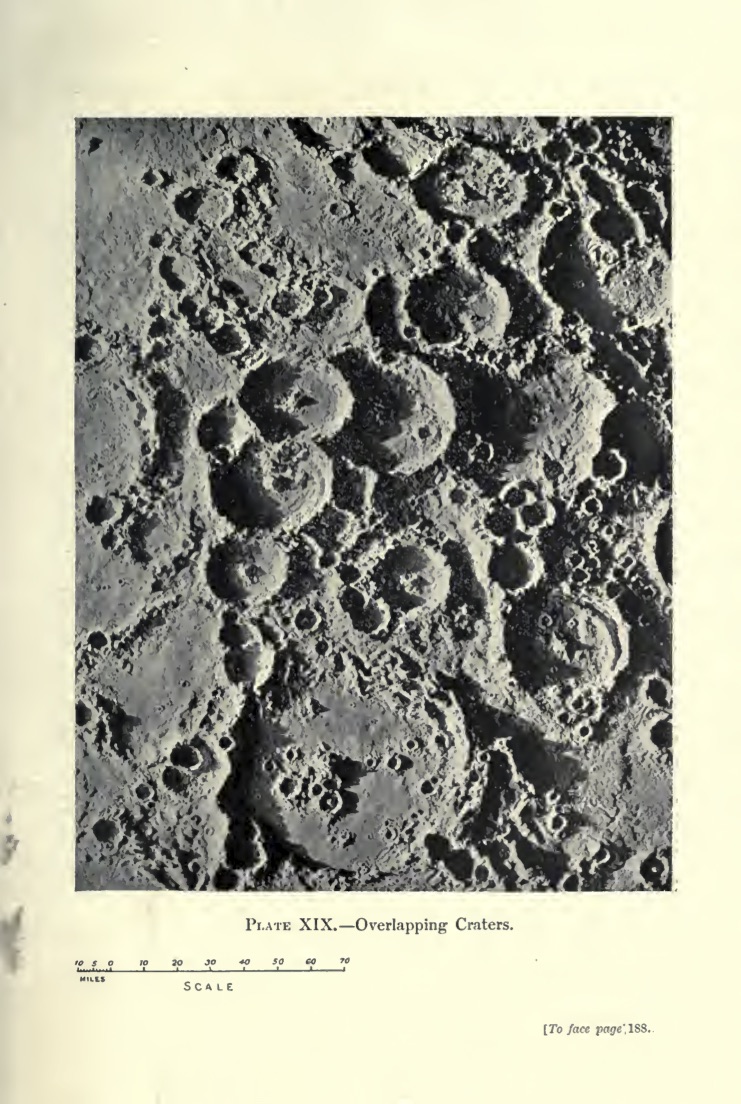 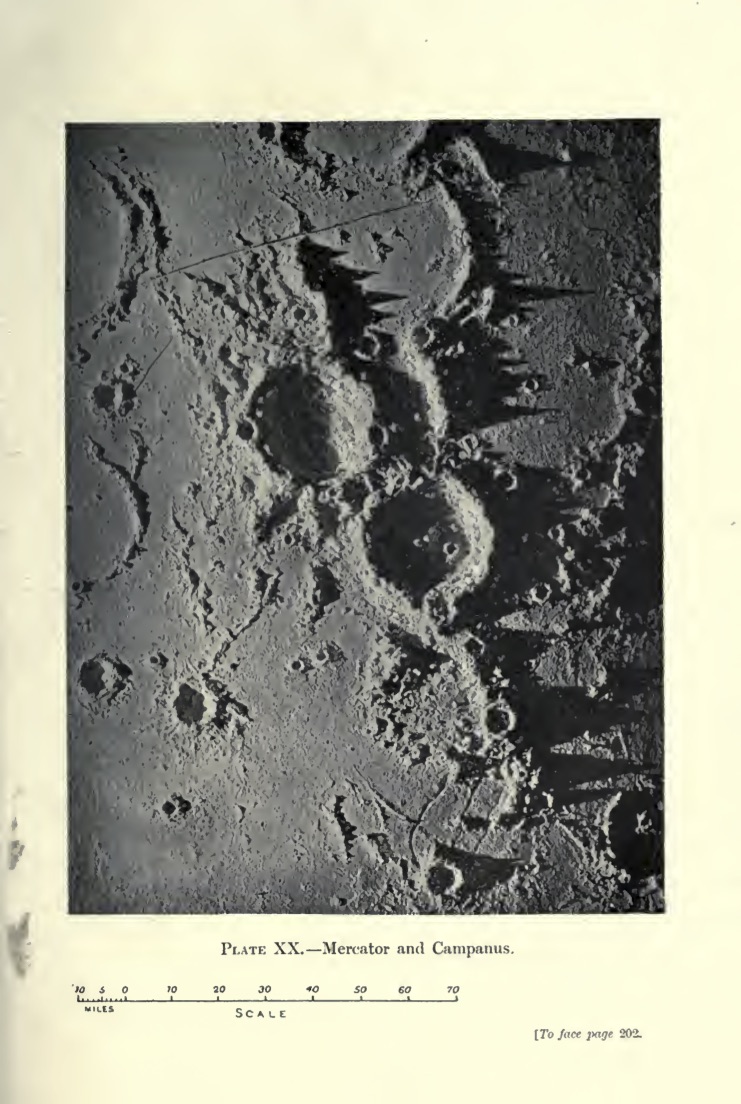 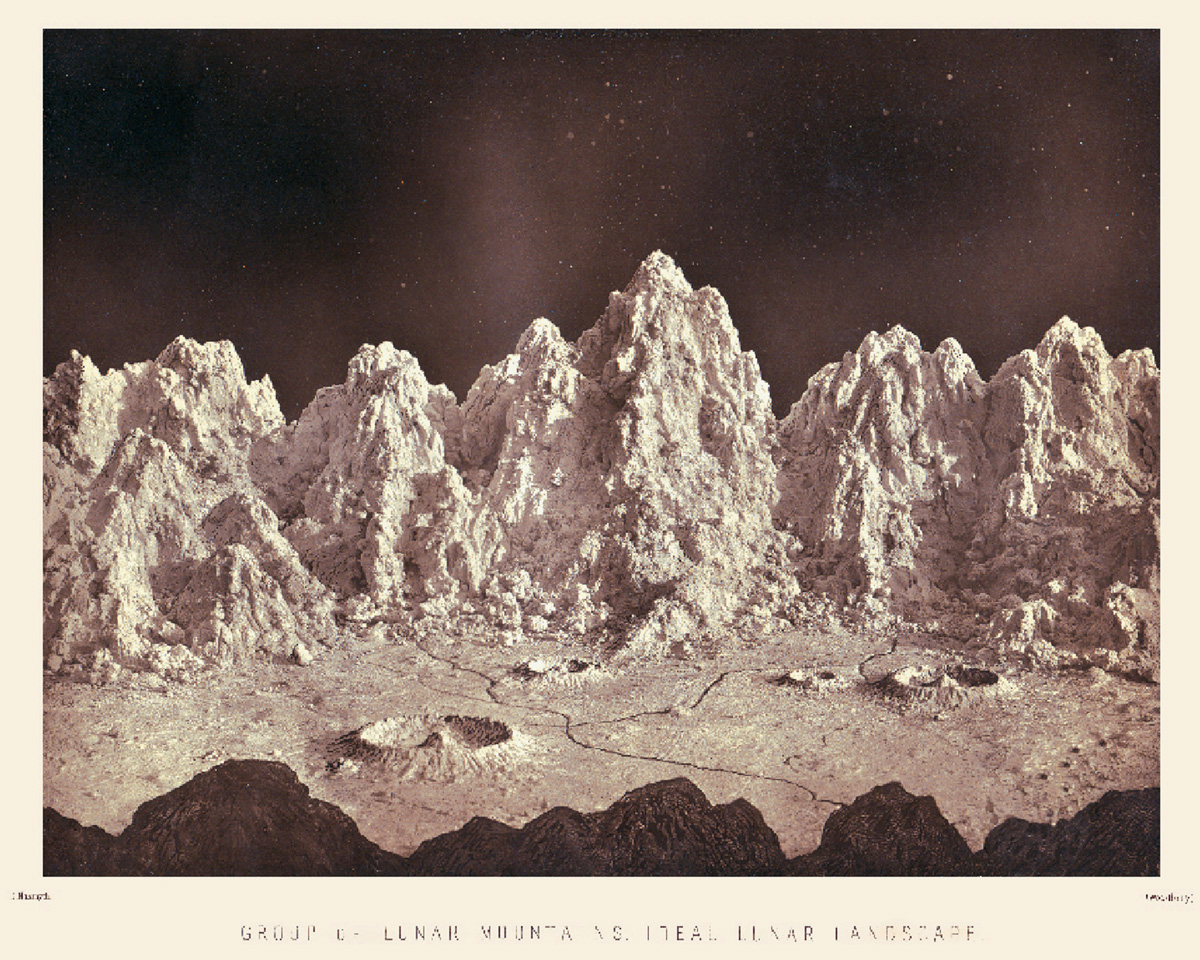 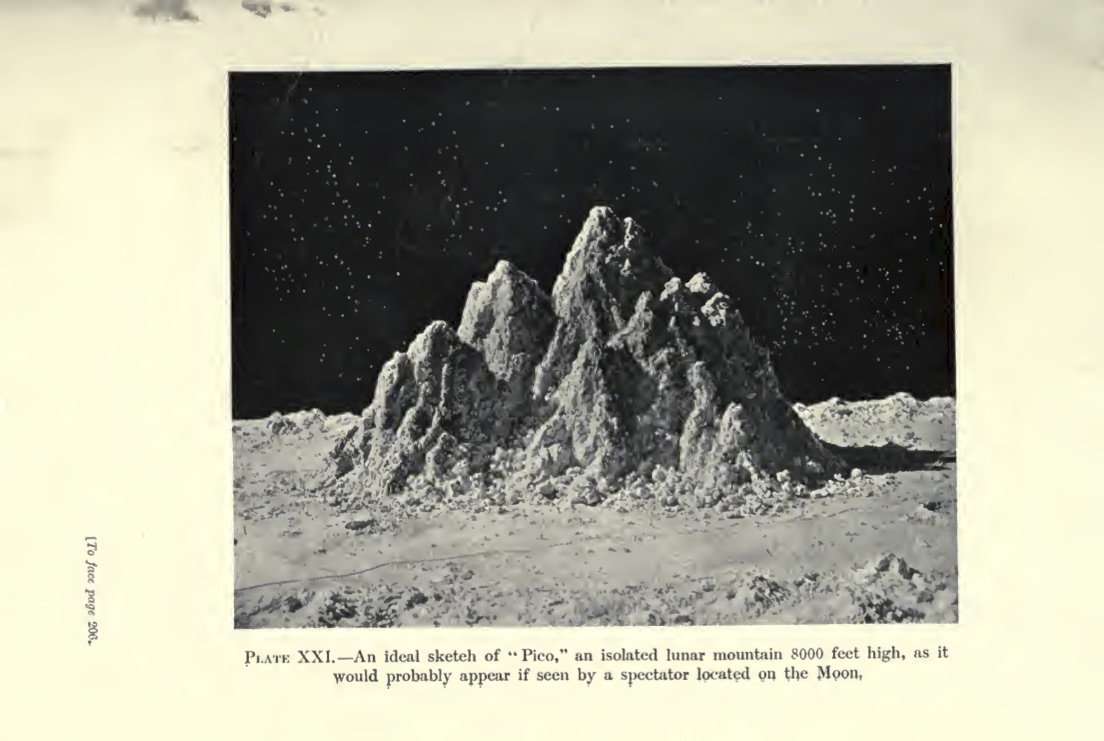 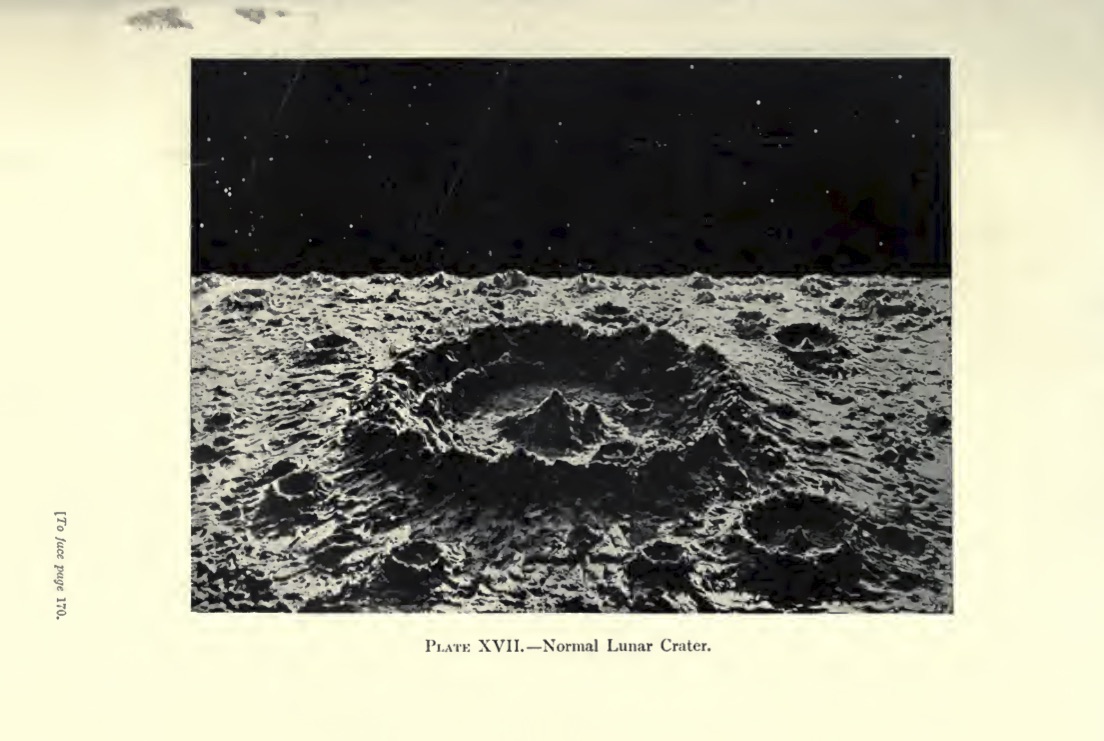 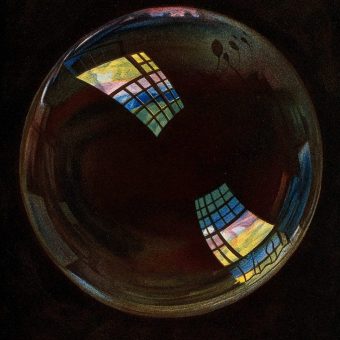 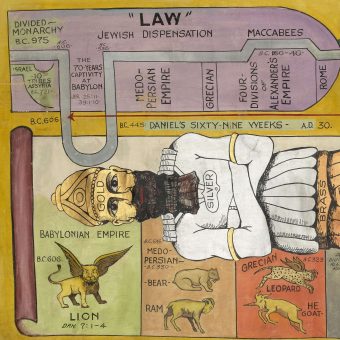