My interest in these Italian and Spanish crime comics started with Joe Crack. How could you NOT be intrigued by a crimefighter with a name like that? I am by no means an expert on the subject of “Fotonovelas” (basically comic books with photographs instead of illustrations); however, I can testify that they are all batshit crazy (and therefore awesome).

Typically, the cover is the most interesting and lurid part (as is common with any pulp magazine) and the interior consists of black and white photographs with speech bubbles. Below are a couple panels from Joe Crack… 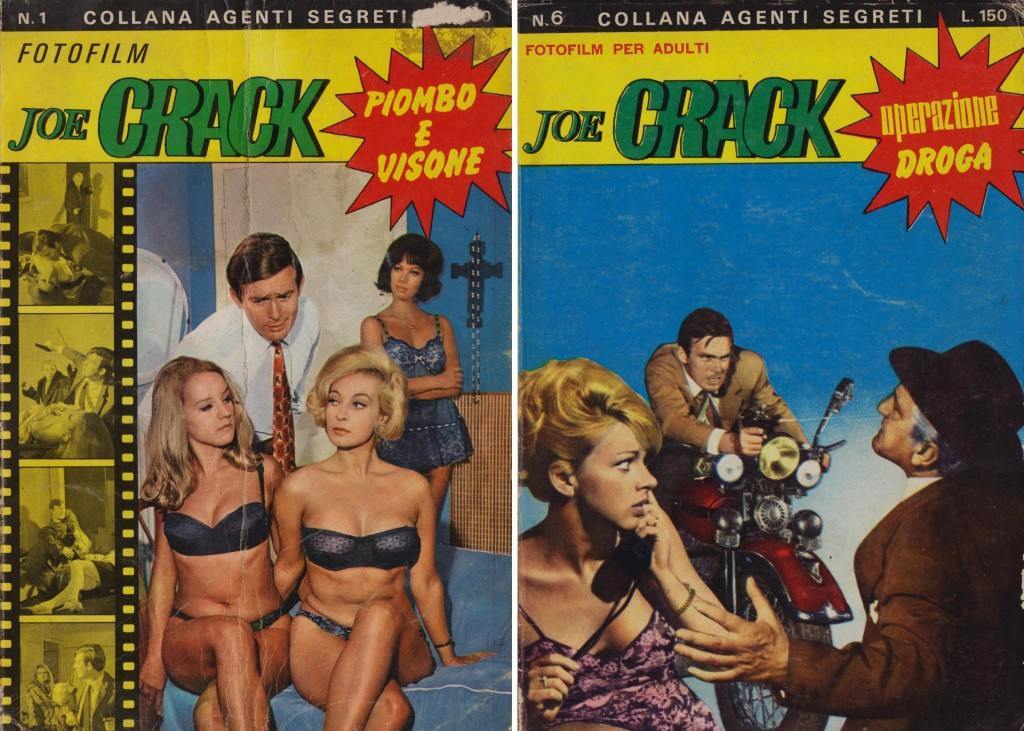 The Spanish crime comics or fotonovelas are just wall-to-wall violence and smoking hot babes…. and since I don’t speak Spanish, lots of incomprehensible storylines.  I told you I’m woefully unqualified to speak on the subject.   So, instead, let’s just have a look at a few wonderfully lurid and insane covers.  Enjoy! 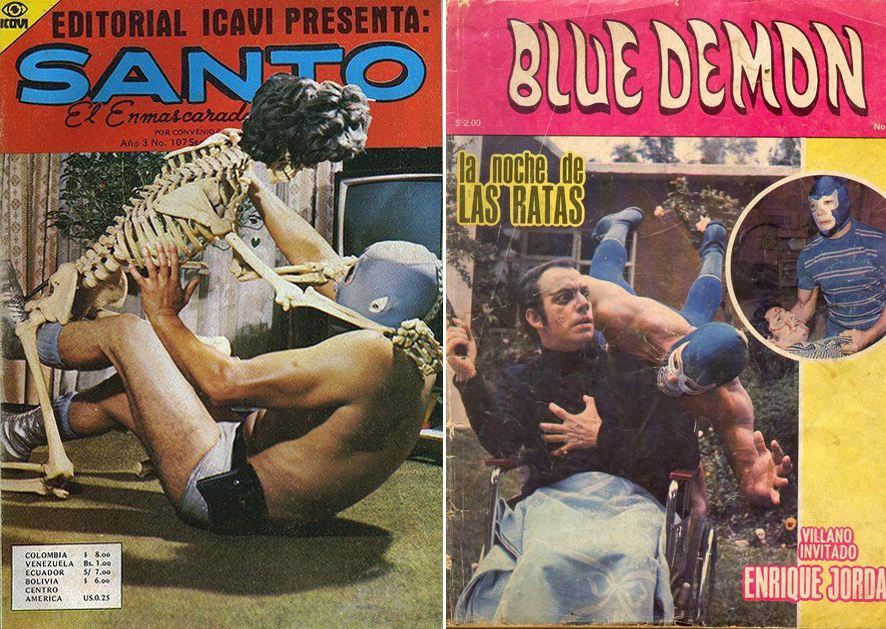 Do you see this?  I can’t possibly be looking at a masked Mexican wrestler fighting a bewigged skeleton in his living room.  That would just be too insane.  I’ll attribute this to some bad enchiladas I had last night, and this is all just a fever dream. 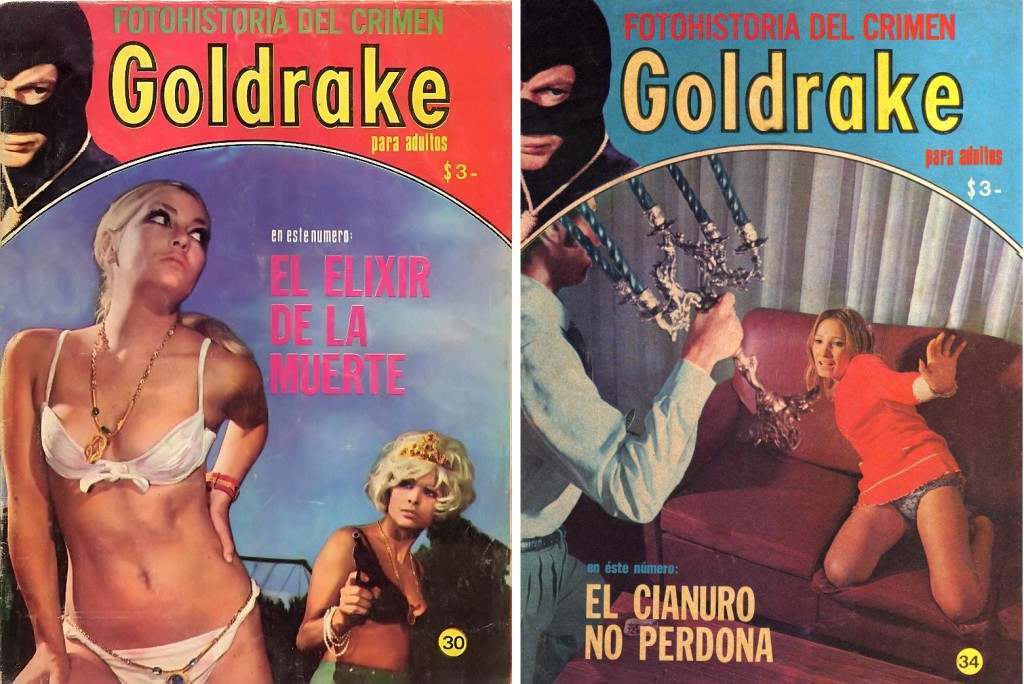 I’m assuming Goldrake comics are about women being murdered while the titular hero stands in the corner looking disappointed.

Note that some of these crime fotonovelas come from Mexico, Argentina, Brazil, Columbia, etc.  My understanding is that the baddest mother of them all, the king of the crimefighters no matter the nation, is a dude by the name of Killing (?) 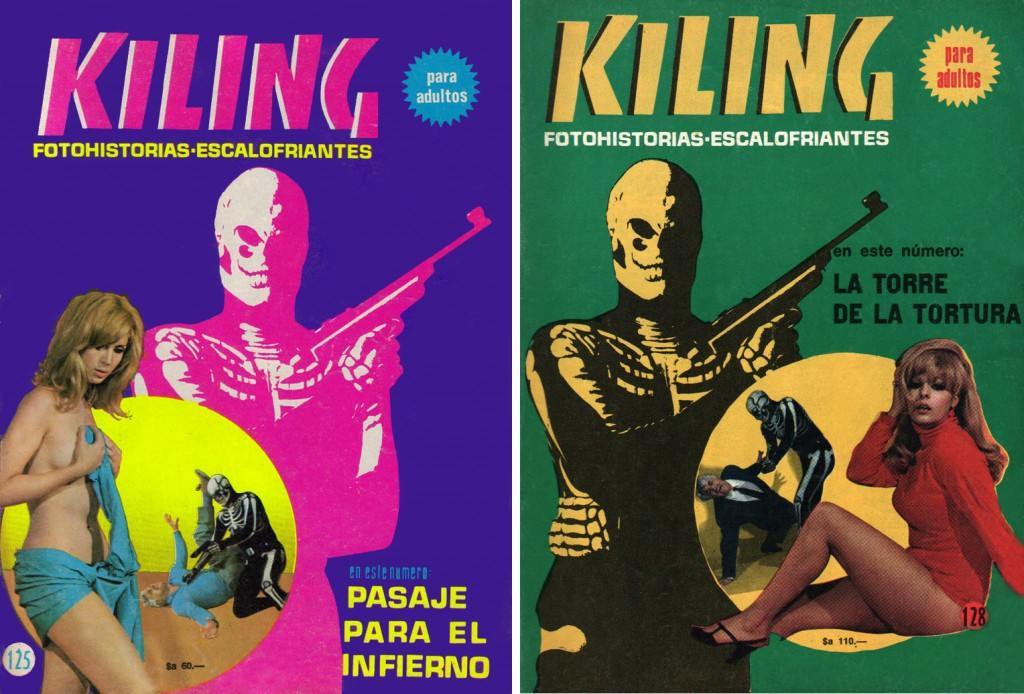 I will say that Killing doesn’t look much like a good guy.  Our good guy heroes generally look a lot less menacing; however, I suppose you could say Batman isn’t exactly friendly looking. 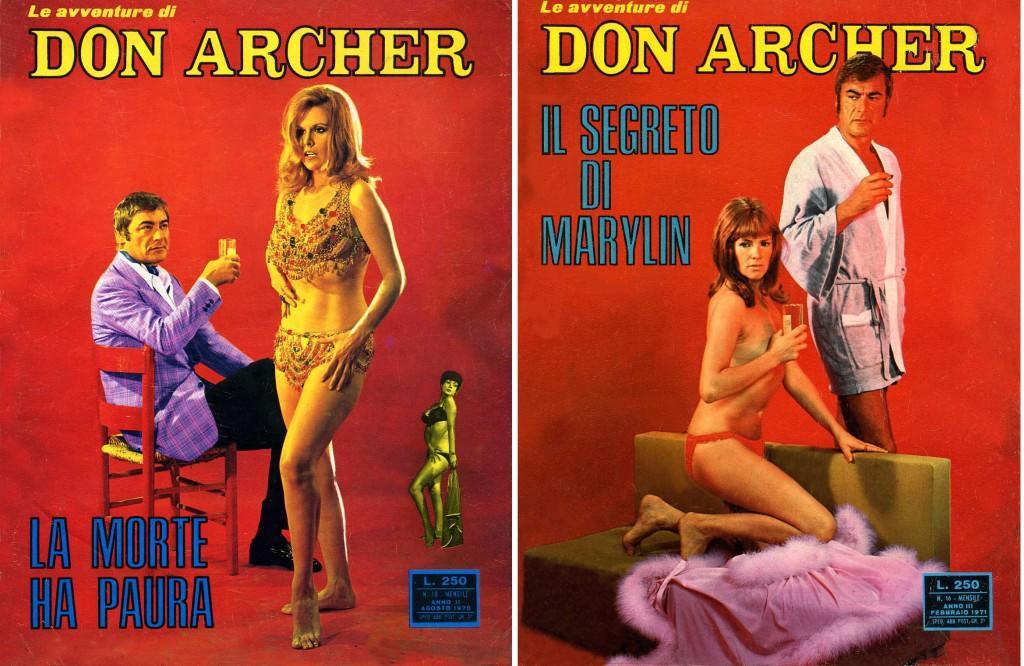 Like James Bond, Austin Powers and Matt Helm (and, of course, Joe Crack), Don Archer is a smooth talking, Scotch drinking ladies man.  He effortlessly defeats evil and always gets the girl.  He’s my kind of hero… but wait…. what?…. 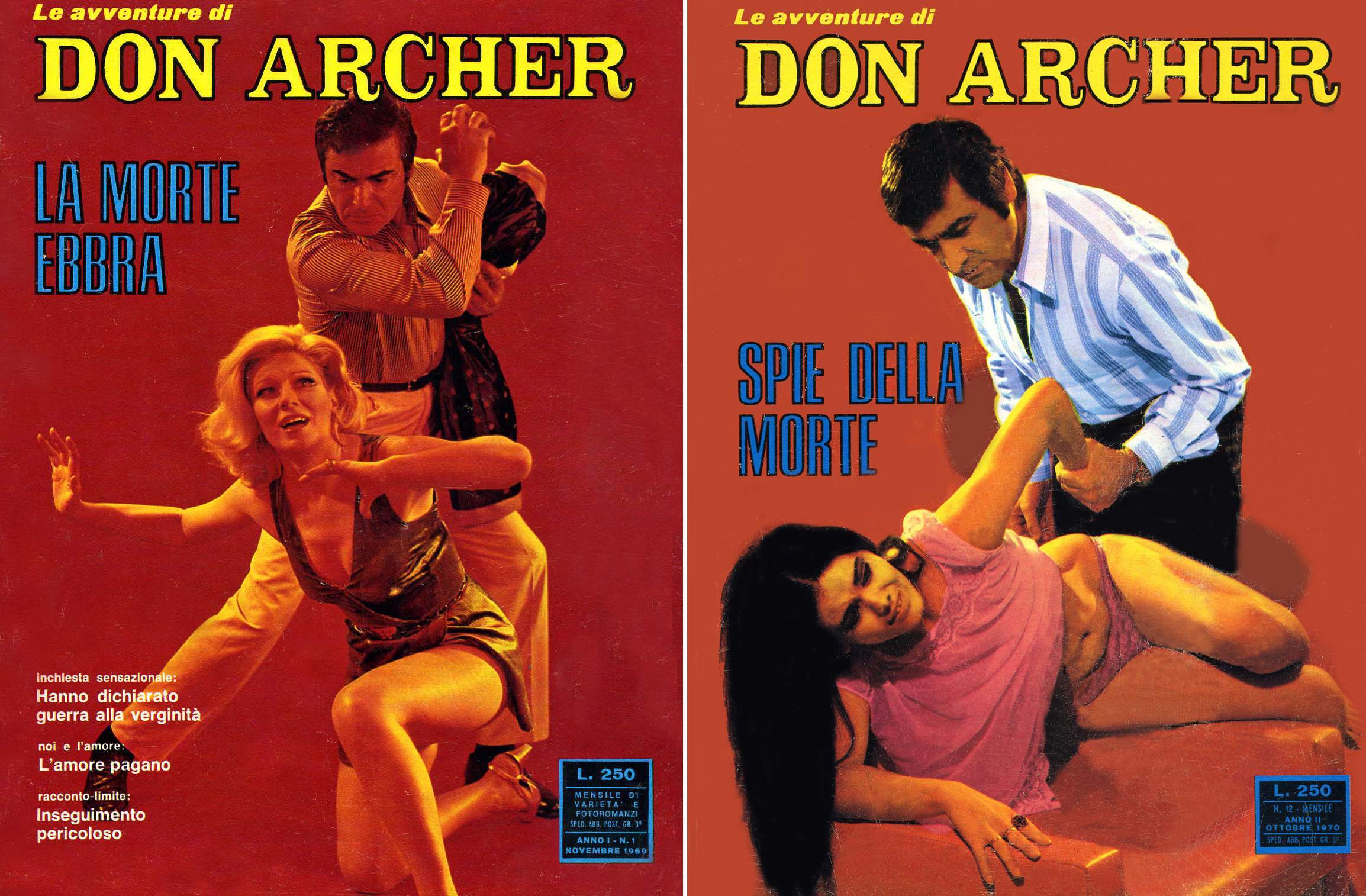 …. Don Archer is also a tremendous douche.  I don’t recall Bond ever smacking down a lady.  Bedding down, yes.  Smacking down, no. 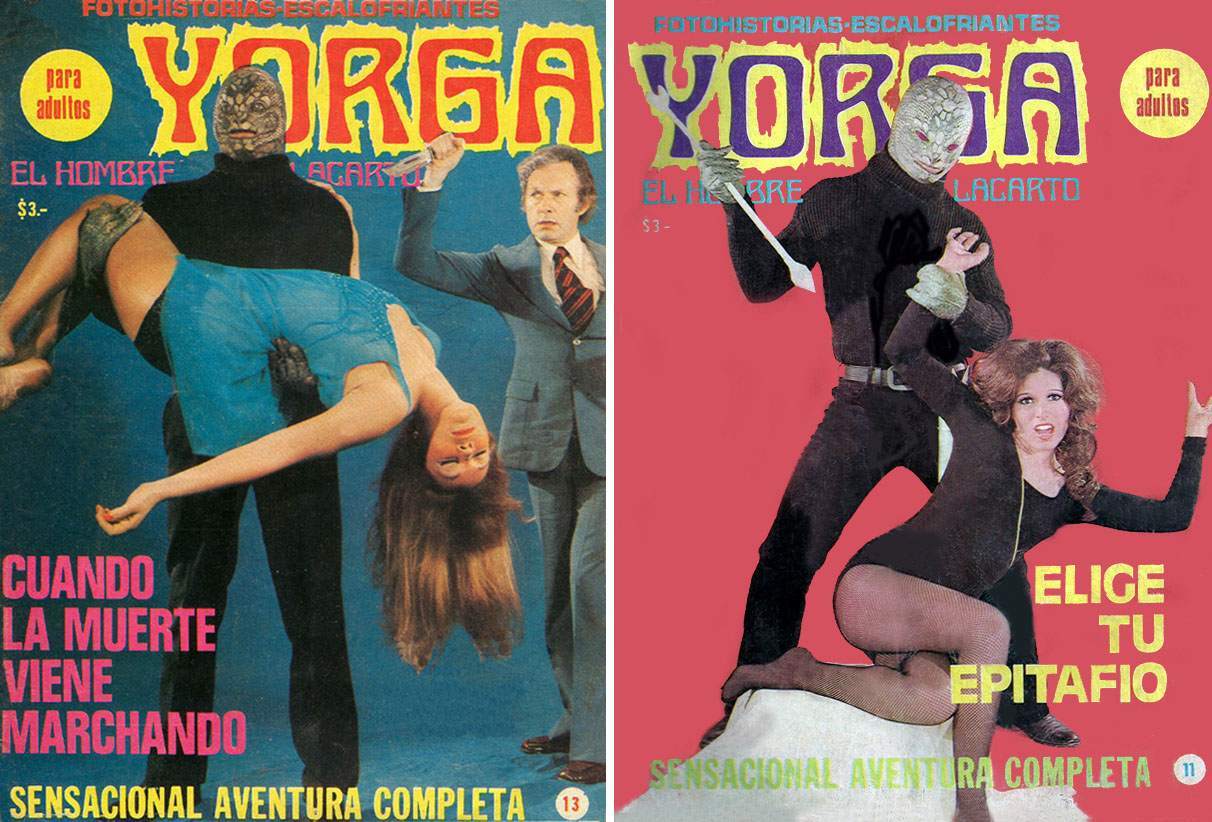 I’m assuming Yorga is the villain guys like Joe Crack, Goldrake and Don Archer fight.  There’s this whole world of super crimefighters and masked baddies that I never knew existed. 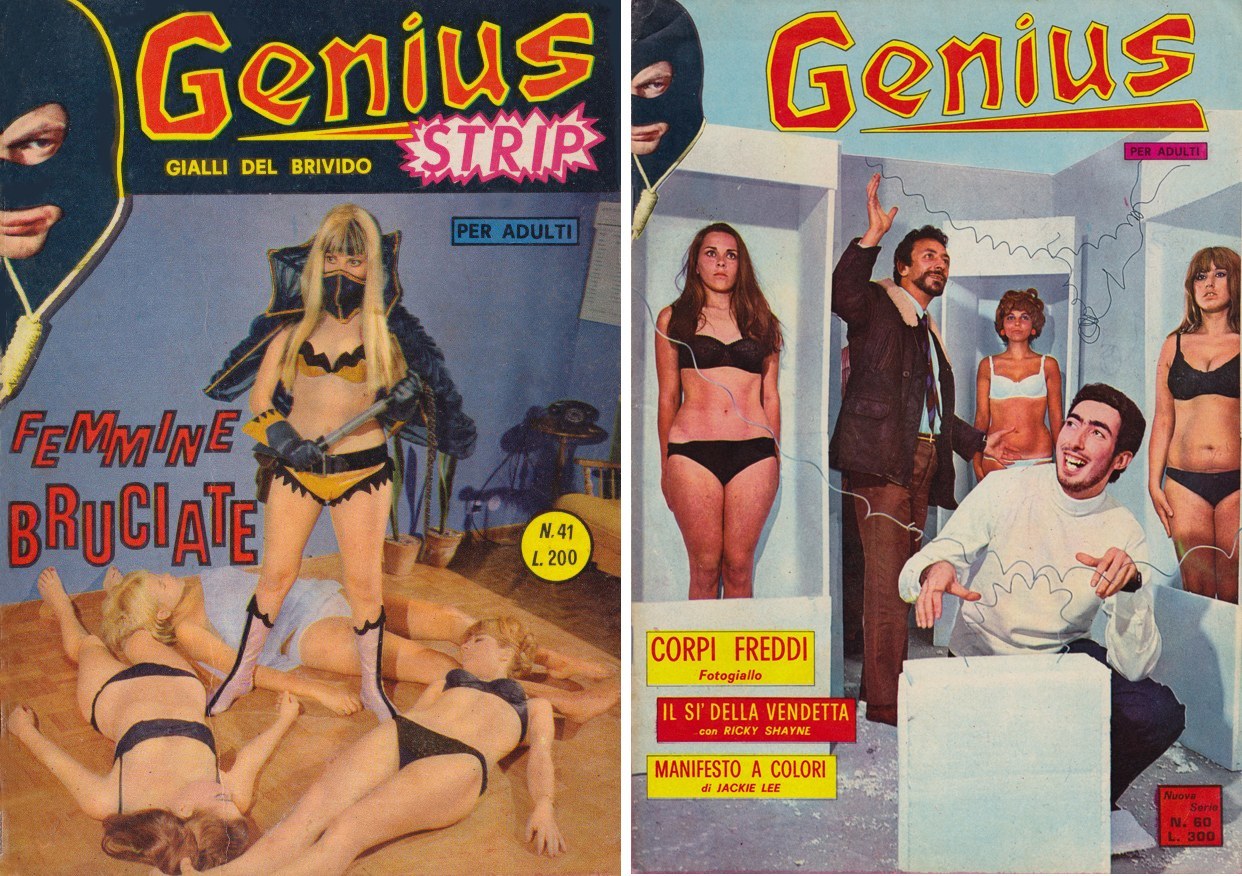 Here’s a crimefighter named Genius who looks an awful like Goldrake.  I recognize him, not by his mask, but by his tendency to stare disapprovingly as terrible things happen to women.

Like so many other fotonovela crimefighters, our hero likes to dress business casual, but wear a ski mask.   It seems Crisex could also use a little help.  First, he’s too damn late to the scene of a crime.  Then, he handles a cat-fight by pointing a gun point-blank at a woman’s head! Seems a bit extreme.

Screw these masked do-nothings.  What we need is a female crimefighter who can get the job done… 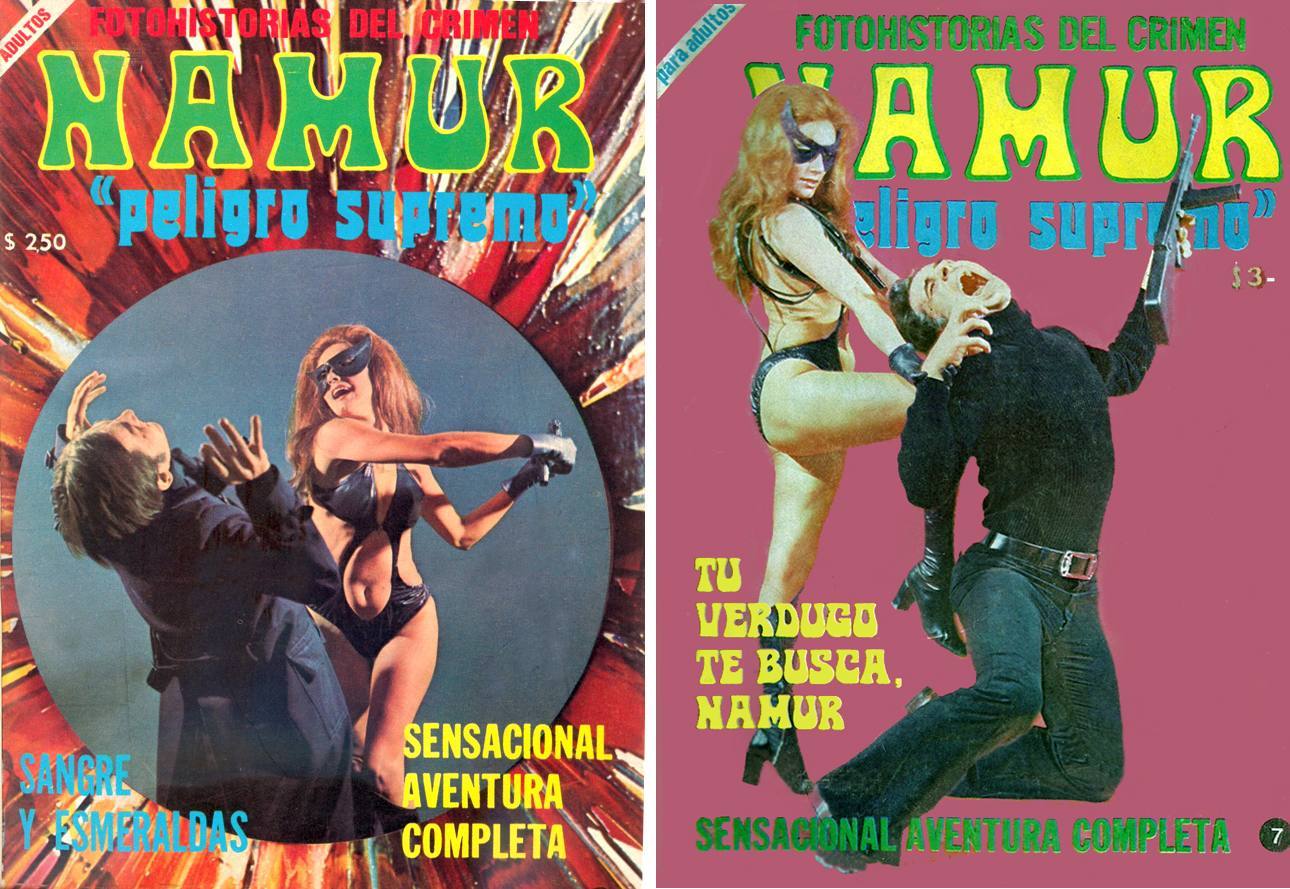 Booyah!   To hell with the drunken women-smacking Don Archer, here comes Naumr (AKA Araña Negra)!  This crimefighting chick doesn’t play around, and She’s got an outfit that puts Batgirl to shame.  While Santos is busy wrestling inanimate bewigged science-class skeletons, Araña Negra is taking care of business. 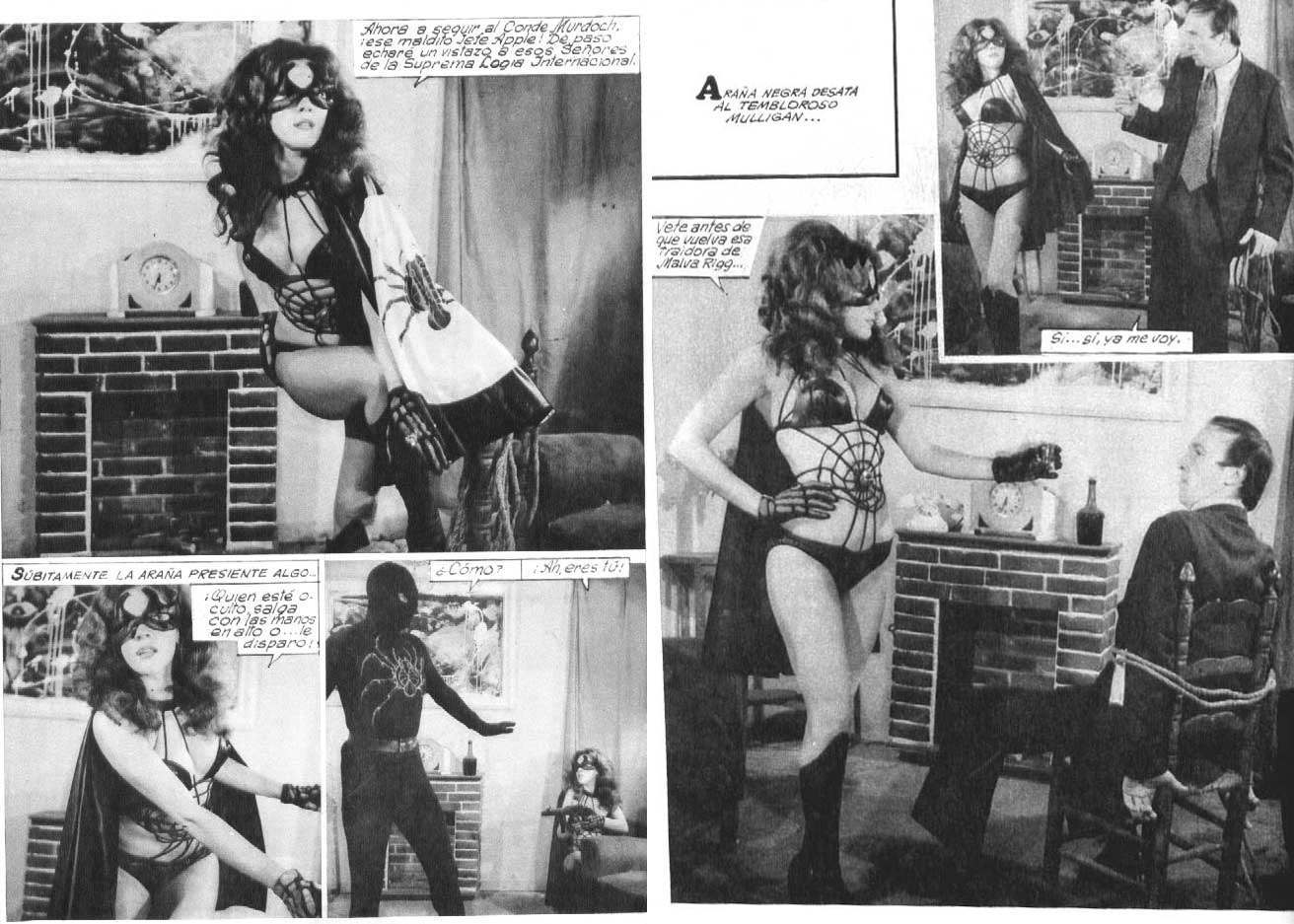 Yes, the dude on page one looks a lot like Spider-Man.  Suffice it to say, these comics borrowed a lot from other countries – there apparently is no Latin American word for “copyright infringement”.

Well, from Joe Crack to Araña Negra, I think we’ve covered the bases pretty well, considering my hopeless lack of knowledge in the subject.  Still, it’s been a fun ride, and I hope you enjoyed it as well.