In January 1945, Toni Frissell (March 10, 1907 – April 17, 1988) was in London. World War 2 did not end officially until 2 September. Frissell, a former fashion photographer for Vogue magazine, was in England as the official photographer for the American Red Cross, the Women’s Army Corps and the Eighth Army Air Force. “The worst part of war, in my opinion, is what happens to the survivors,” she wrote.

In 1971, Frissell donated her photographs (270,000 black-and-white negatives, 42,000 color transparencies, and 25,000 enlargement prints, as well as proof sheets) to the Library of Congress. 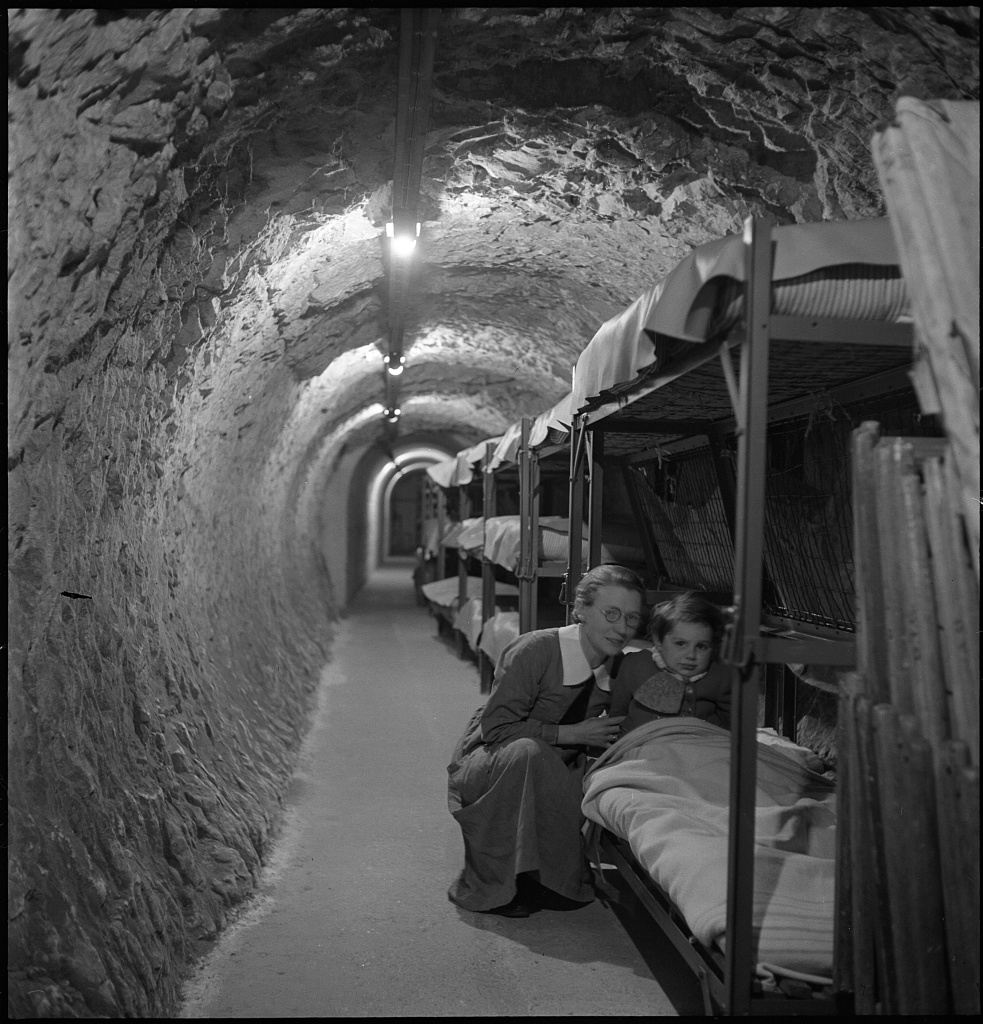 Woman kneeling next to bed of child, in an underground tunnel during the bombing of London during World War II – January 1945 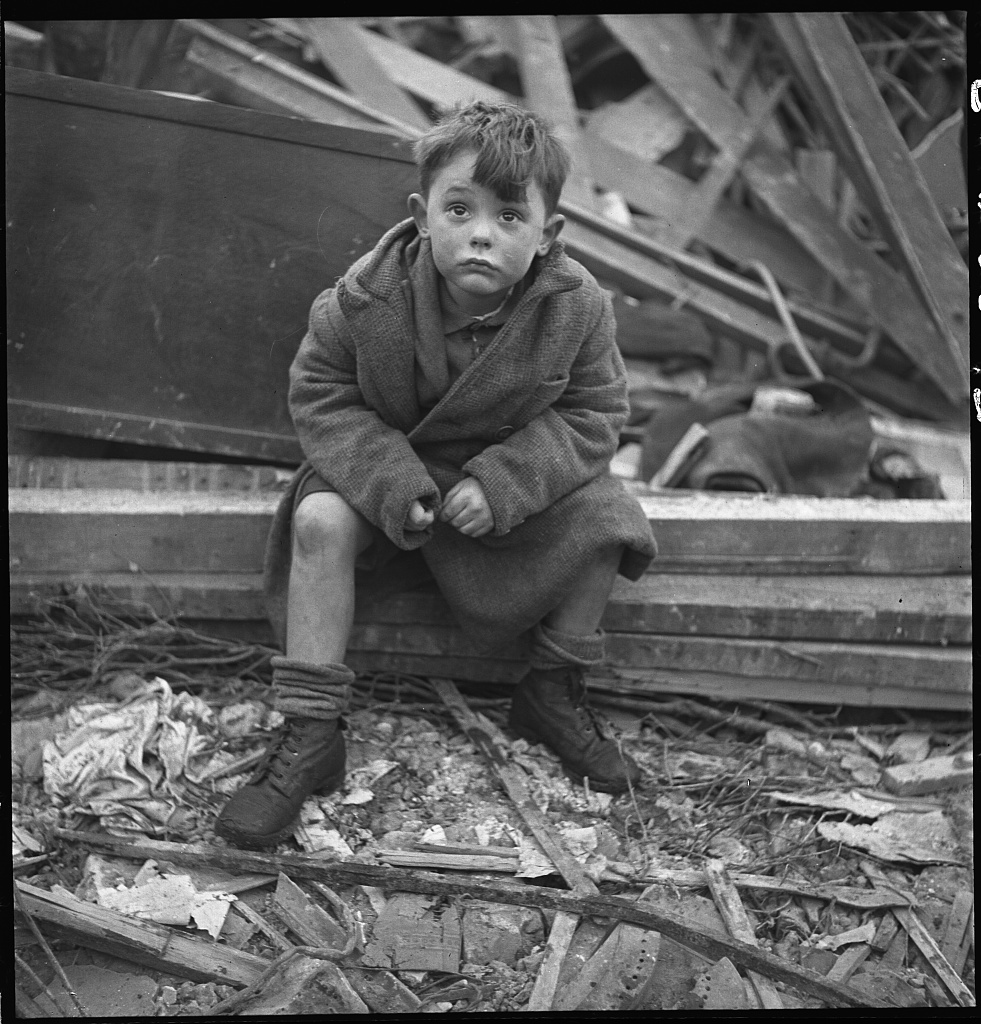 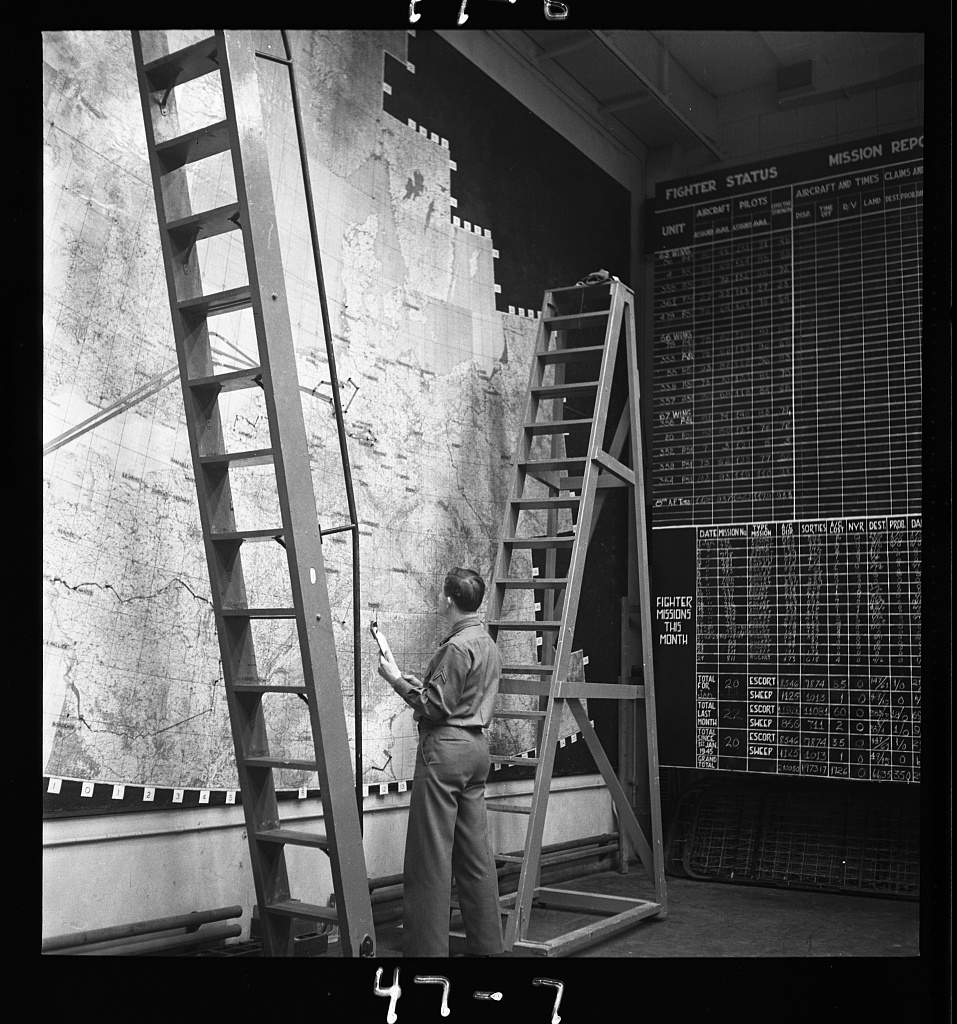 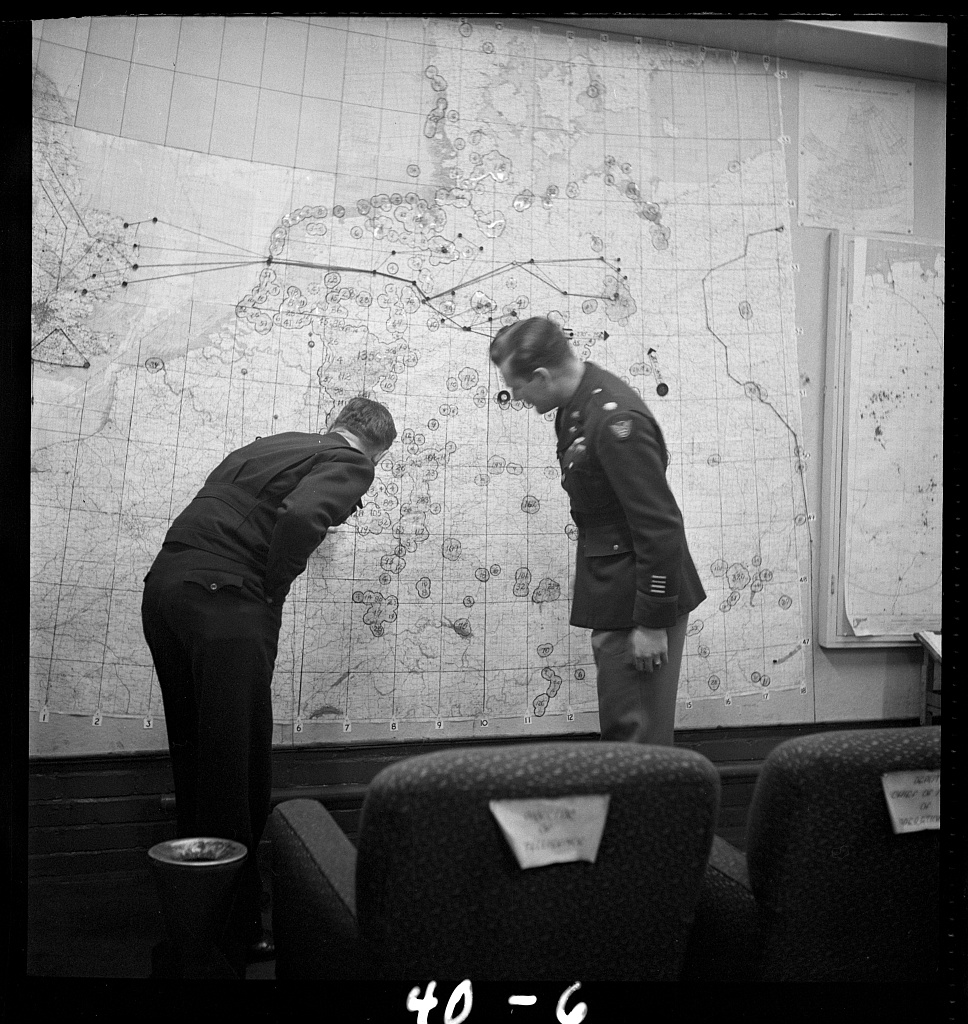 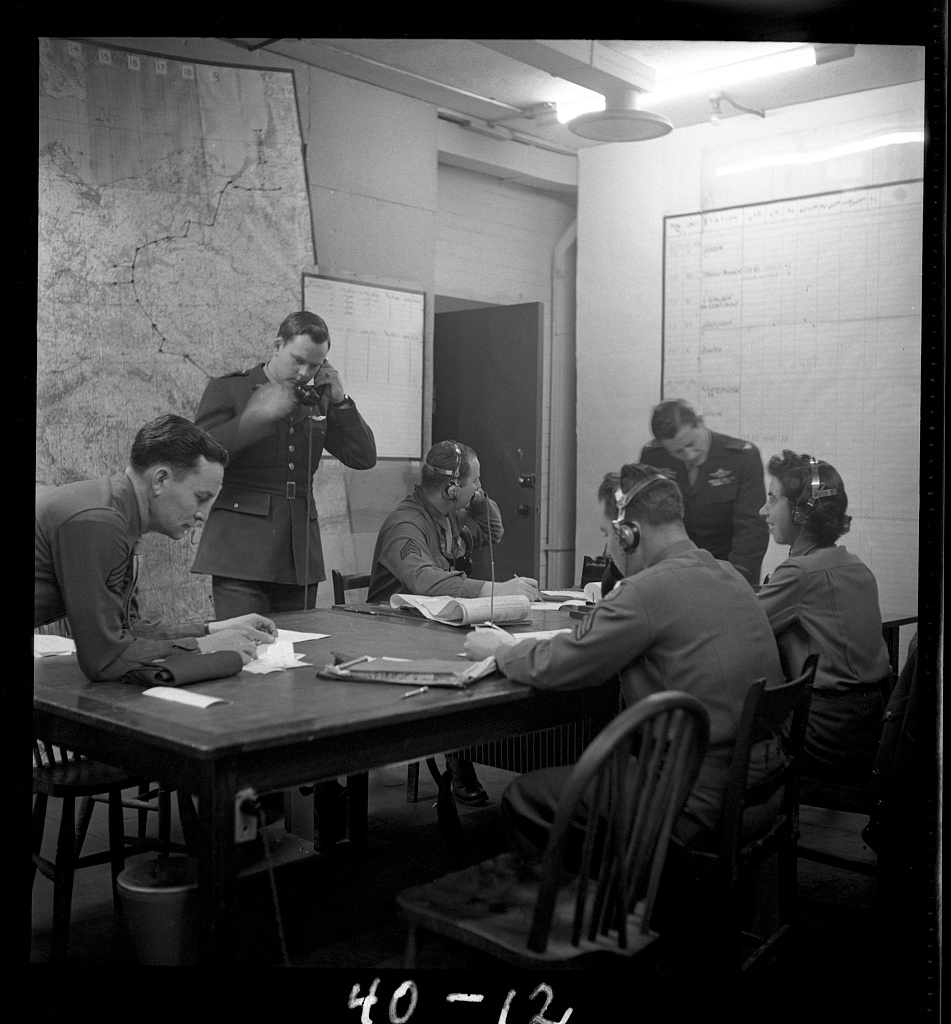 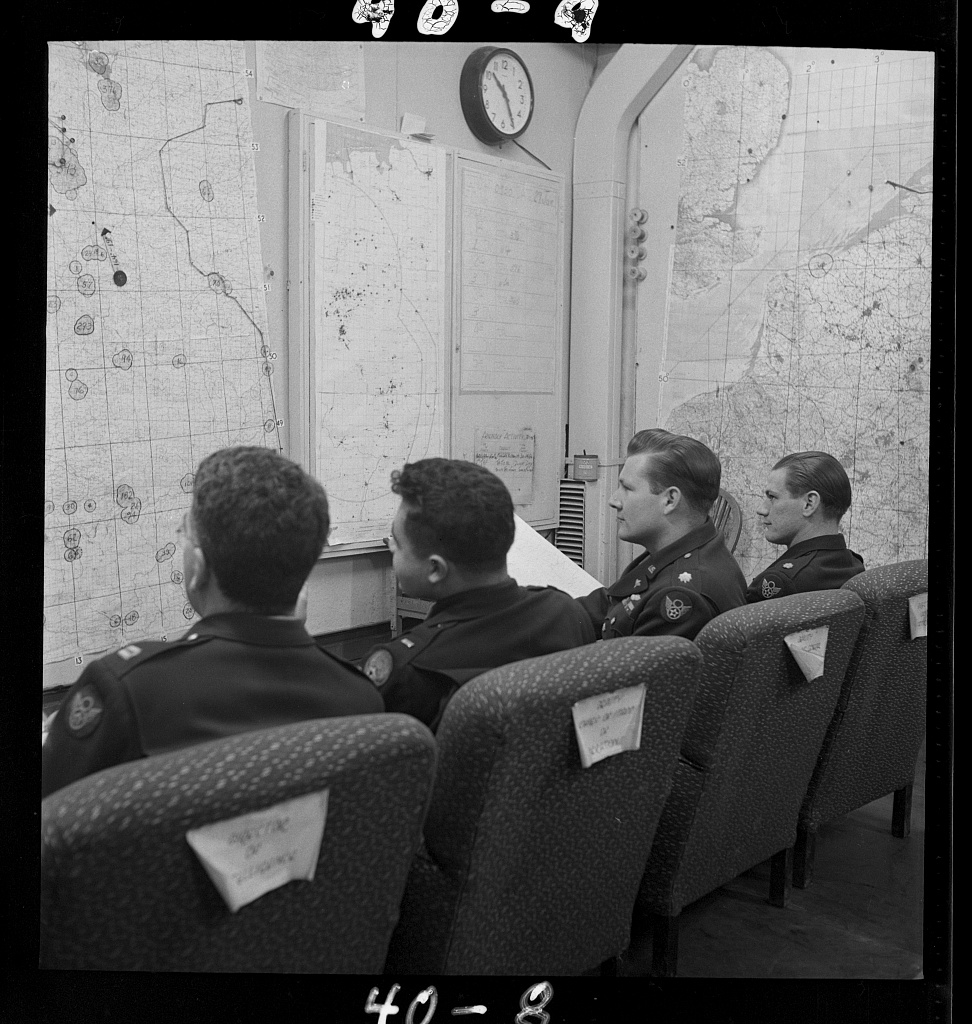 Photograph shows military officers seated in chairs in front of a map on a wall in the United States 8th Air Force headquarters operations room, possibly outside London, England during World War II. 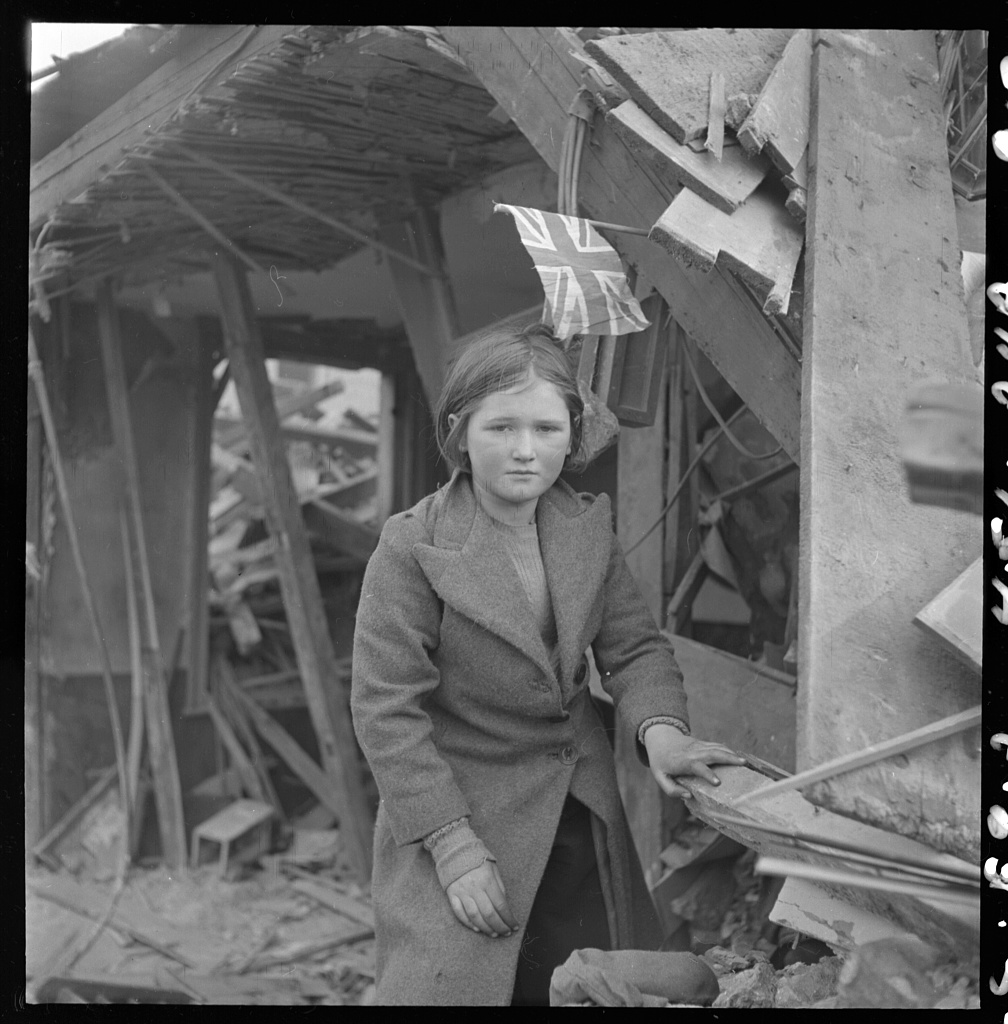 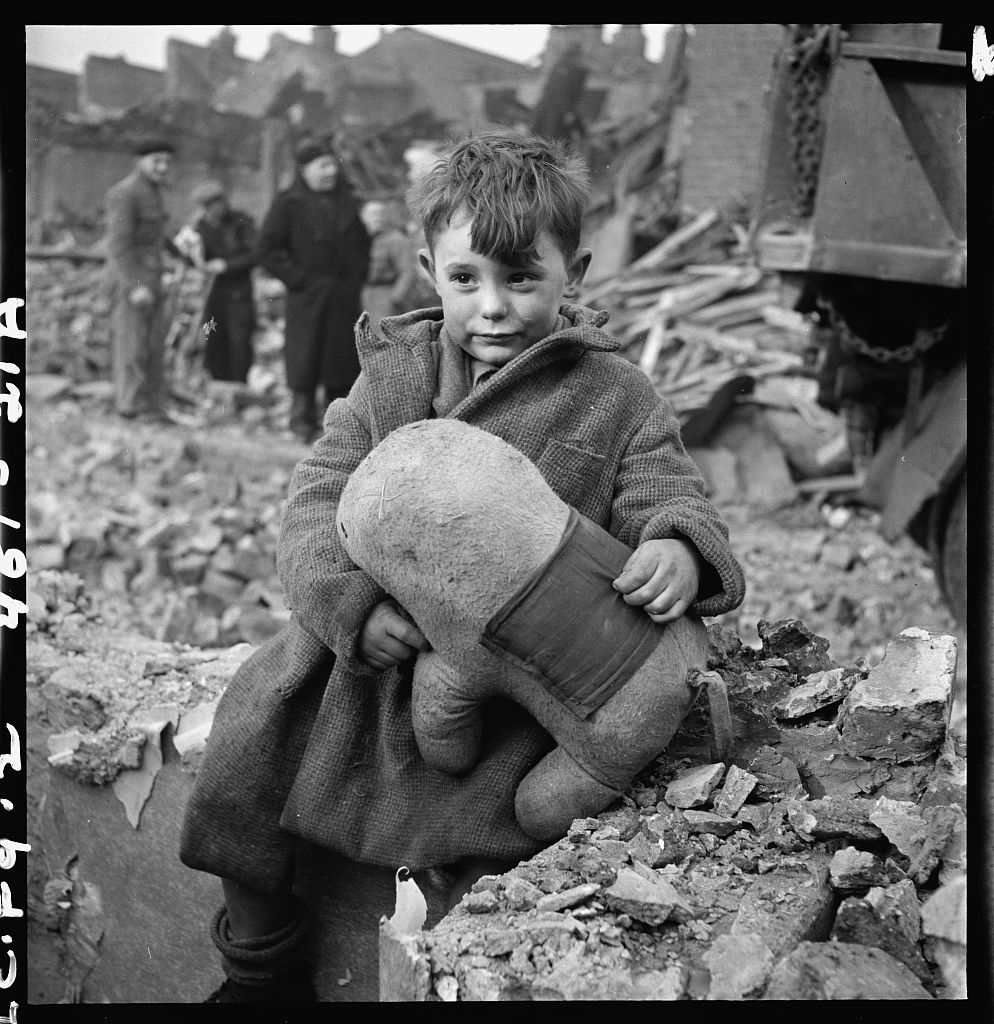 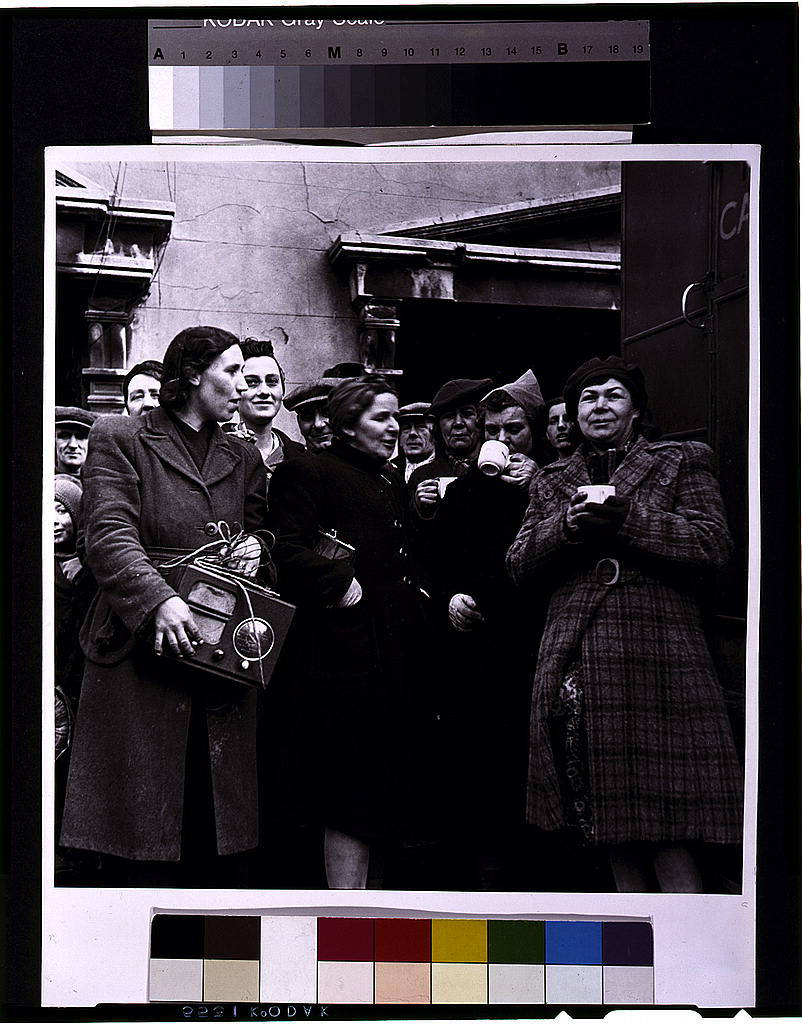 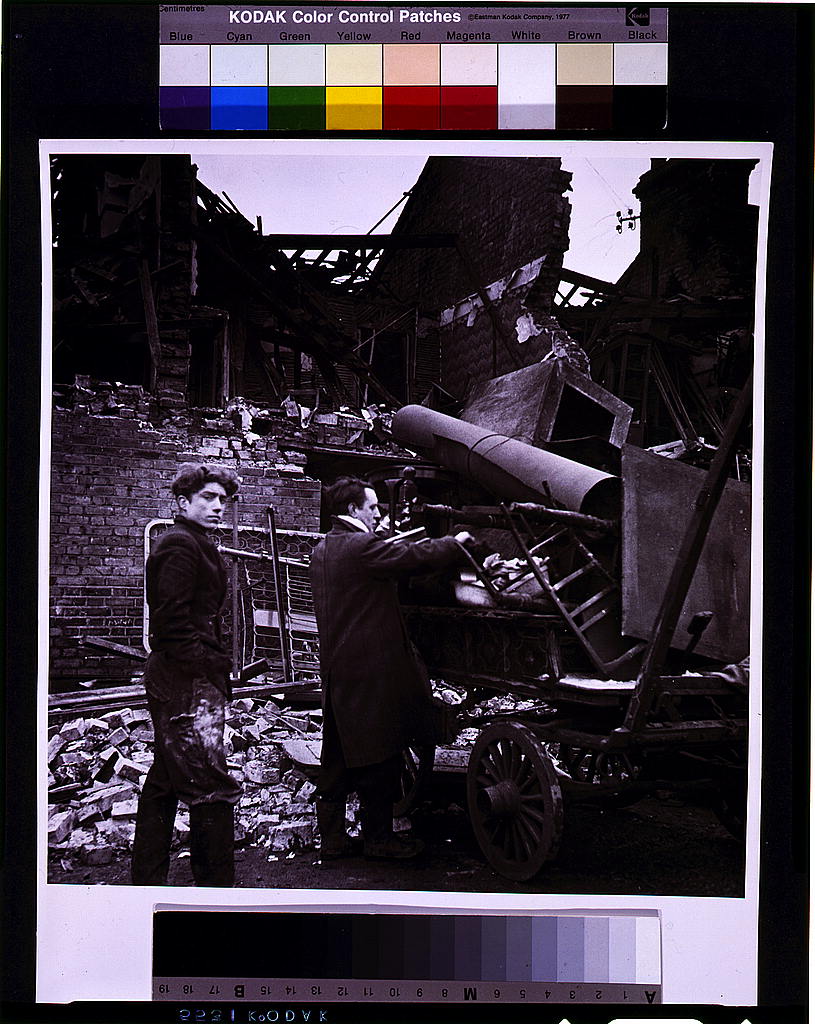 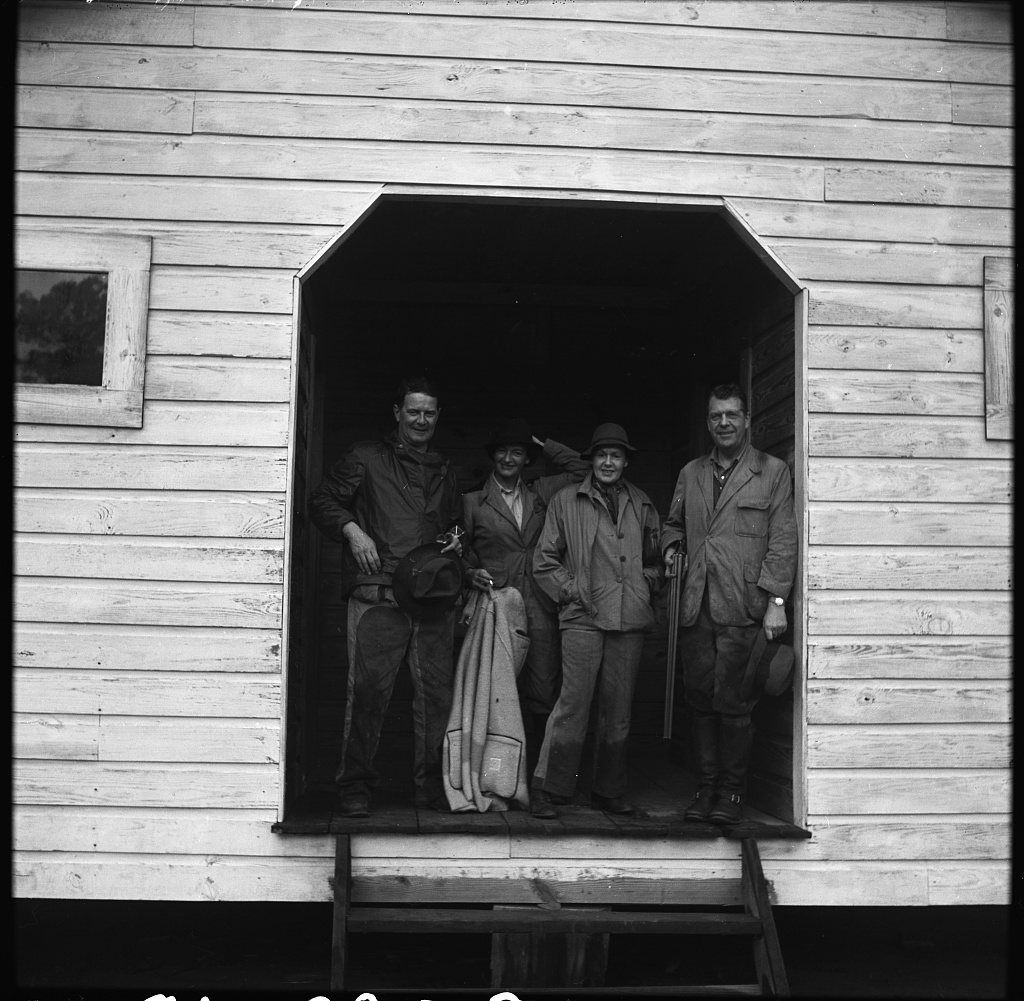 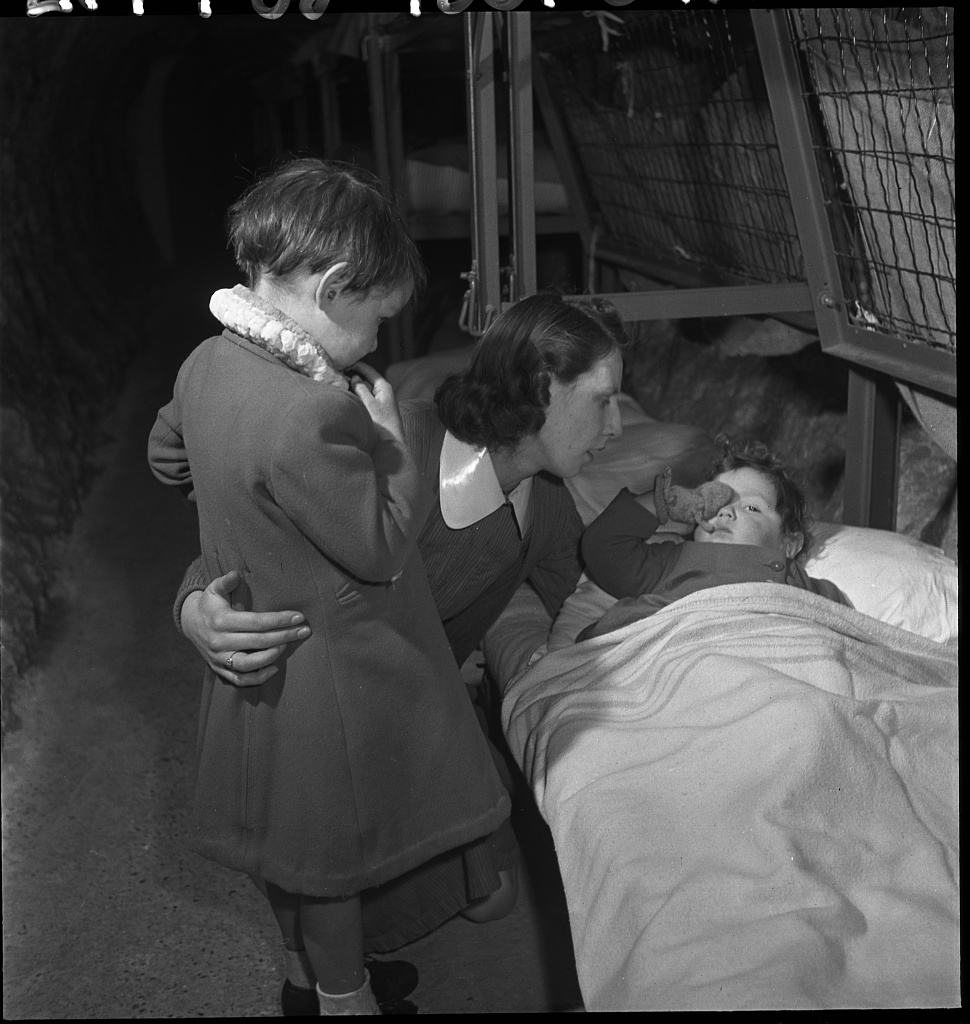 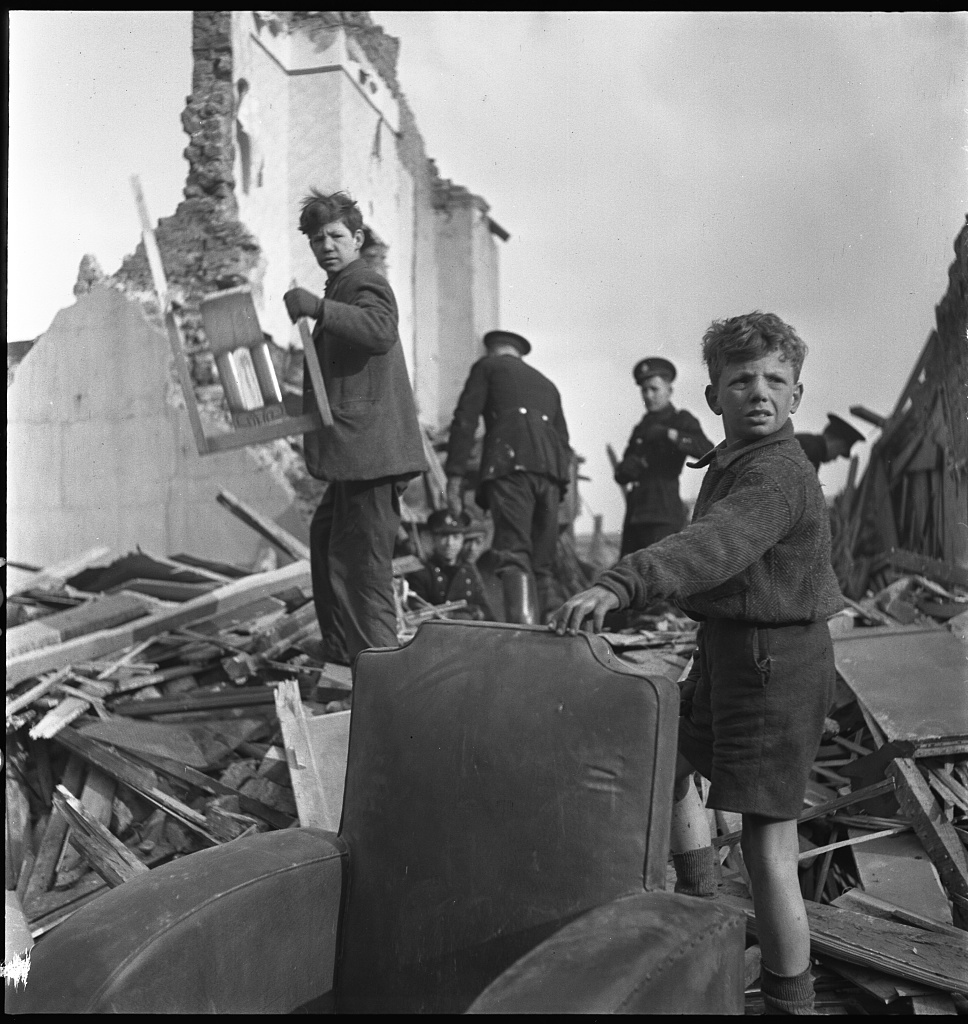 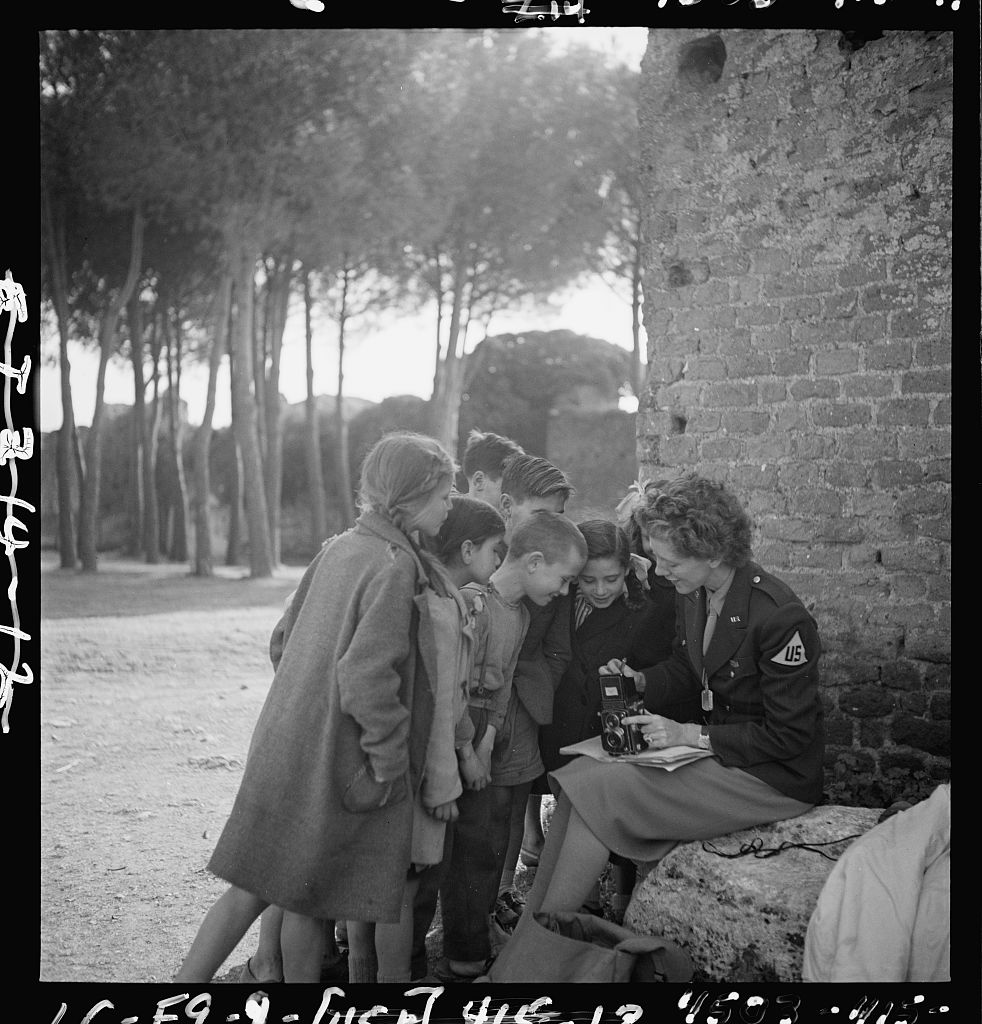 Toni Frissell and some children