David Wisdom took these pictures in 1970 and 1971 while he was sharing a luxury flat in Holly Hill, Hampstead with a group of friends from Vancouver, all of whom in some way were trying to get ahead in the world of Art. The building was owned by Benny Goodman’s manager, who said that Mick and Keith had once owned the flat below and had left it in a shambles. 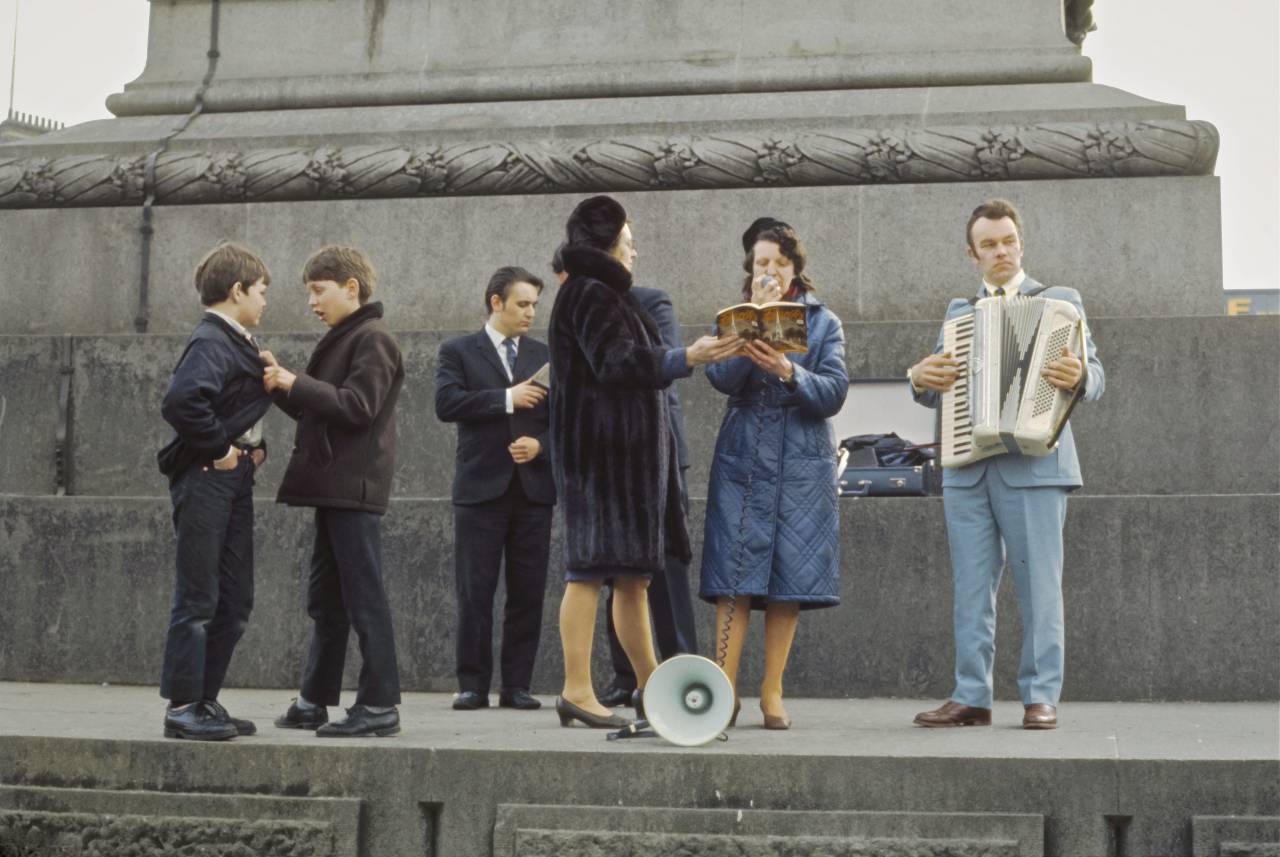 David Wisdom was born in post-war England to a couple of touring actors of the repertory stage. In 1952 he was moved to Vancouver  where he has spent most of his life .He  is best known for his 30 year career on CBC Radio as host and producer of many music programs, where he was known as Canada’s answer to John Peel.   He was a member of the bands French Hand Laundry, UJ3RK5 and The Young Winstons, and has written about popular music for a number of publications.  His photographs have been exhibited by The Teck and Equinox Galleries in Vancouver, as well as The Vancouver Art Gallery. He has organized and presented scores of multi-artist slide shows since 1969 in dozens of venues, indoors and out, including The PuSH  Festival in Vancouver, The Elks Hall in Sidney Nebraska, Mahon Hall on Salt Spring Island, and for the past seven years at The Vancouver Art Gallery. 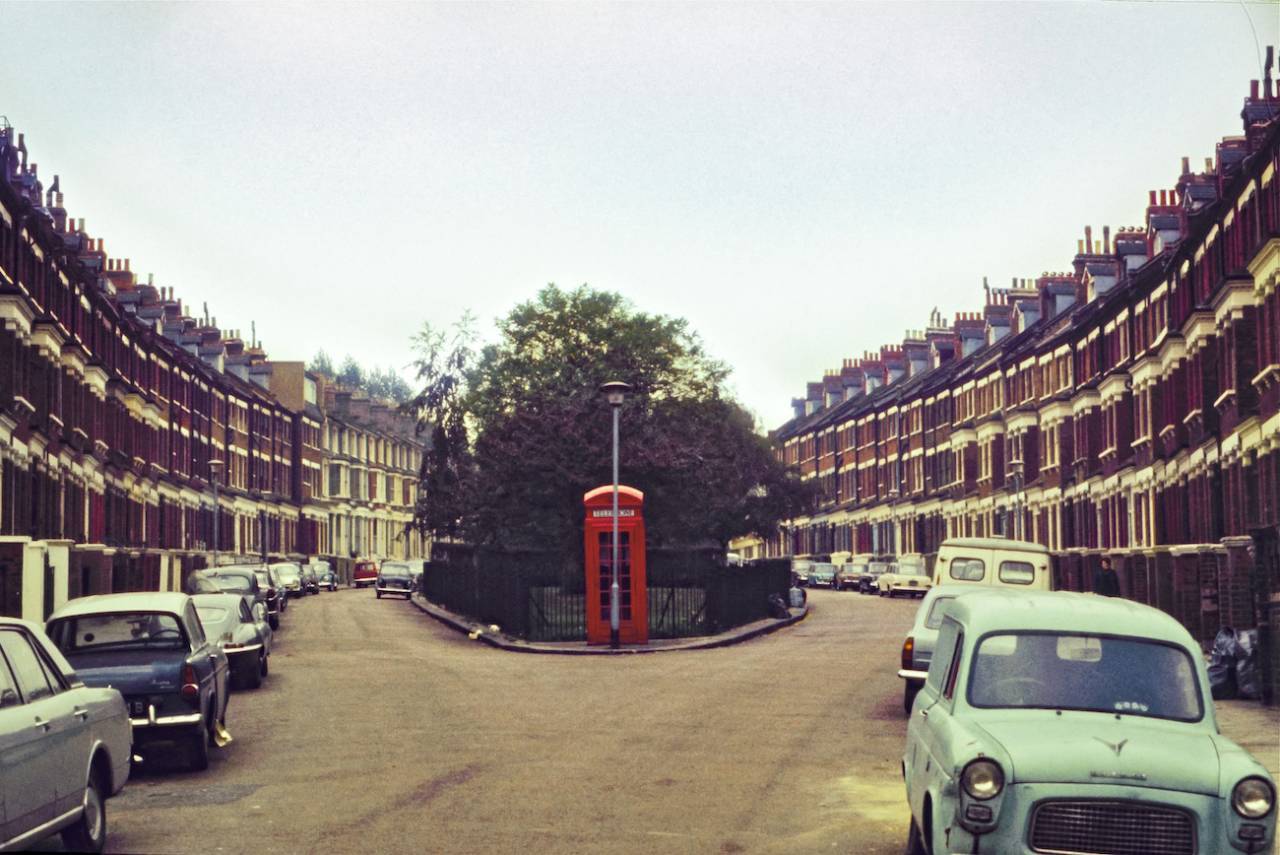 I worked at a number of jobs over those months, mostly delivering legal documents from one firm to another in The City and East End of London. Every day, wherever I went, I took my camera. Despite my affinity for the late-psychedelic hipster period of Swinging London, I was more entranced by the continued existence, both architectural and human, of a London that stretched back in time before The Beatles, before The Wars, back to the slophouses of Dickens, back to the slatterns and toffs of William Hogarth and back to the Romans.

On Saturdays I would often walk the length of the Portobello Road market, looking for the buskers and wide boys I’d seen in all those Euston Comedy films of the 50s and 60s, then I’d head over to Chelsea to walk the Kings Road to catch up with the latest. Over the months I spotted several celebs strolling by, but I avoided snapping them out of some delusional concept of not wanting to be uncool or intrusive.  One Saturday I bought my first London suit in The Squire Shop, near the Sloane Square end of Kings Road. I was leaving the shop, wearing the suit, feeling really fine, when the most dazzling human I had ever seen came striding down the road. Like me, everyone on the pavement was stopping to openly gape at a tall and fit young woman owning the block in a brief lime and magenta outfit. If she was not a superstar she looked more like one than anybody I had ever seen. I primed up the Pentax but only had time for one snap. I still recall the moment and I still love the shot.

The picture from that time that I return to most often was taken when I came out of The National Portrait Gallery in Trafalgar Square and came across a timeless scene at the foot of Nelson’s Column. While two Cockney matrons quavered hymns through a rudimentary P.A. accompanied by an old Teddy Boy on accordion, a couple of Kray twin lookalikes got ready to hand out leaflets. Two lads with the same haircut, apparently some part of the missionary family, were having a loud and physical scrap and no one was telling them to stop. 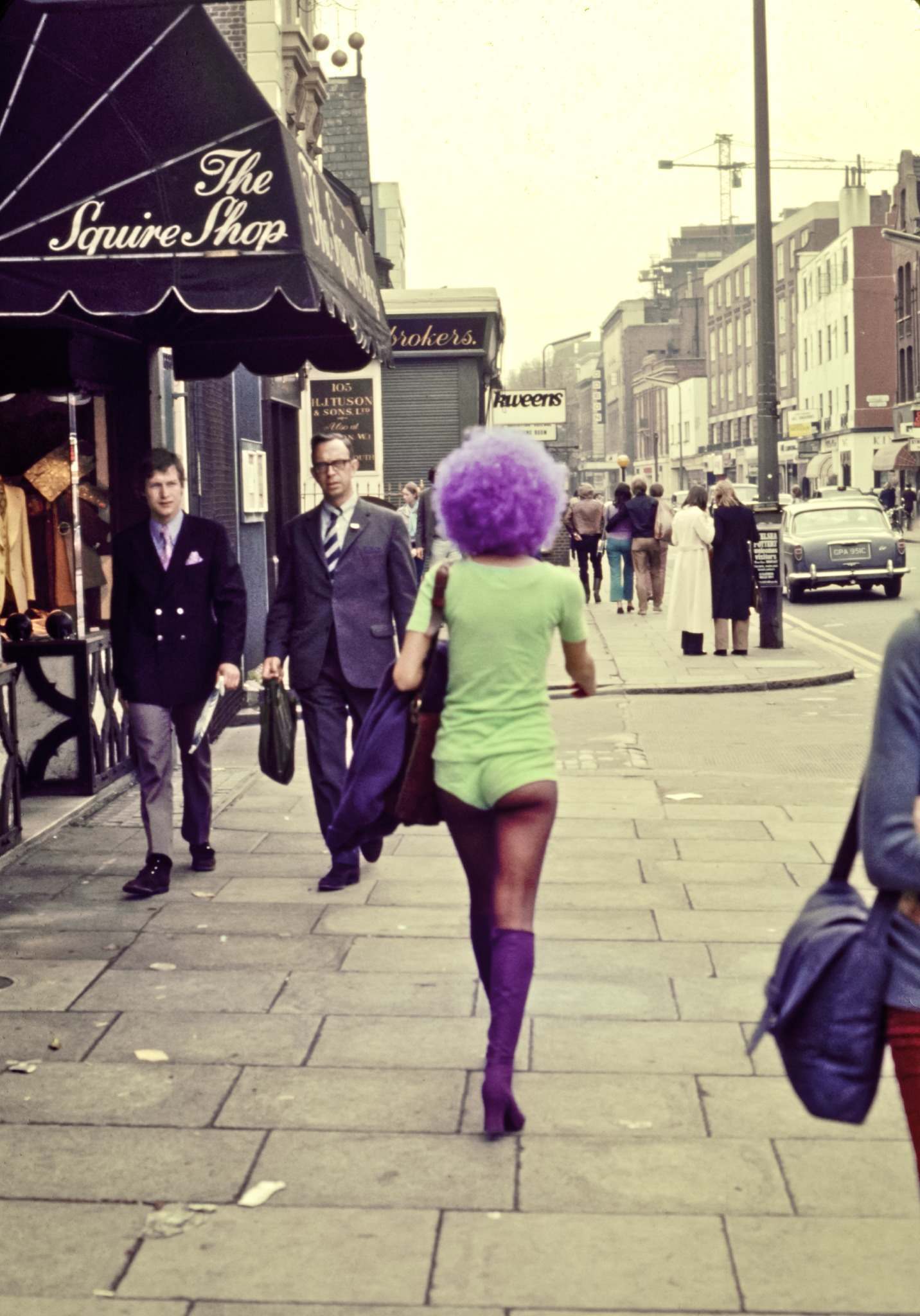 Outside the Squire Shop on the Kings Road © David Wisdom 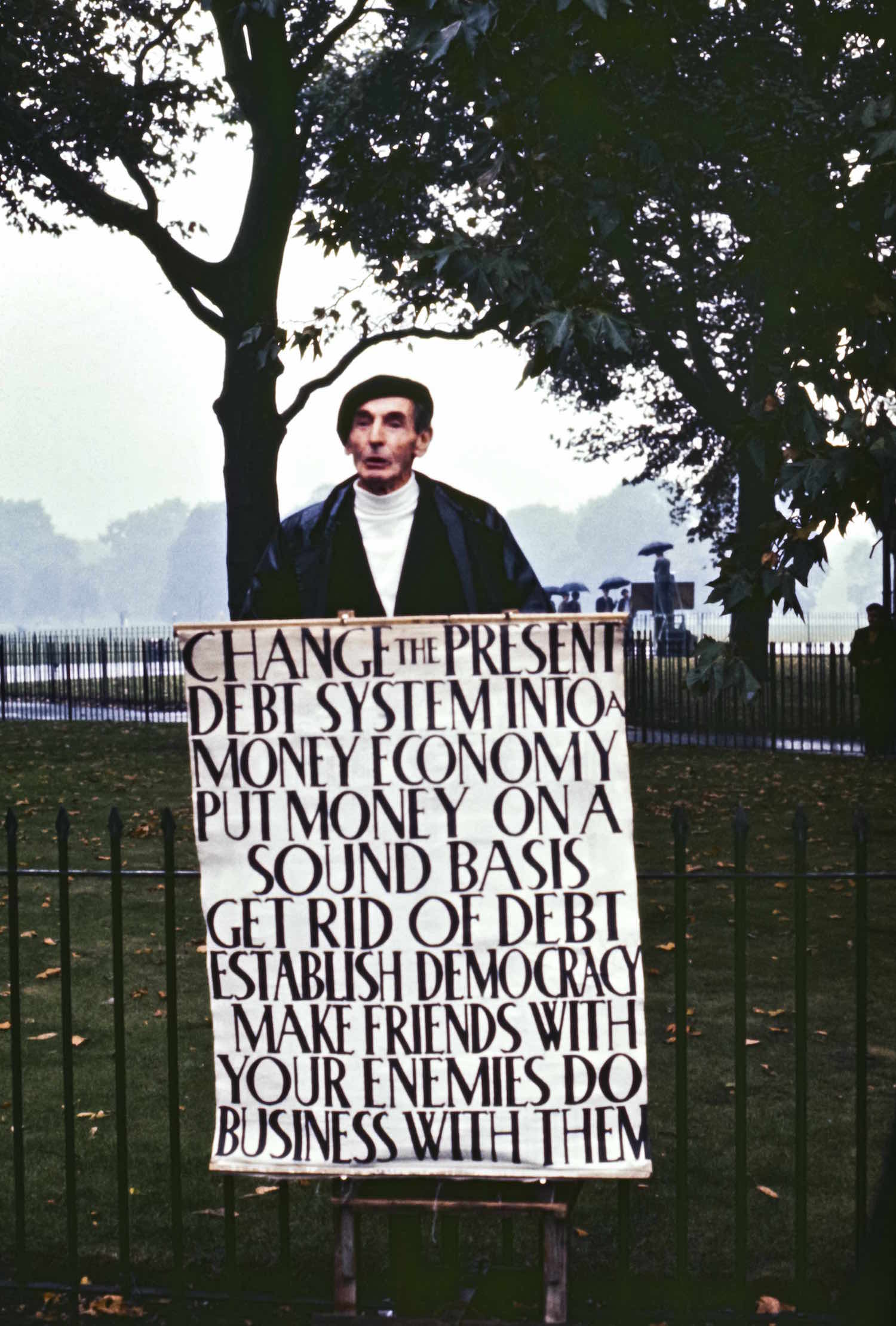 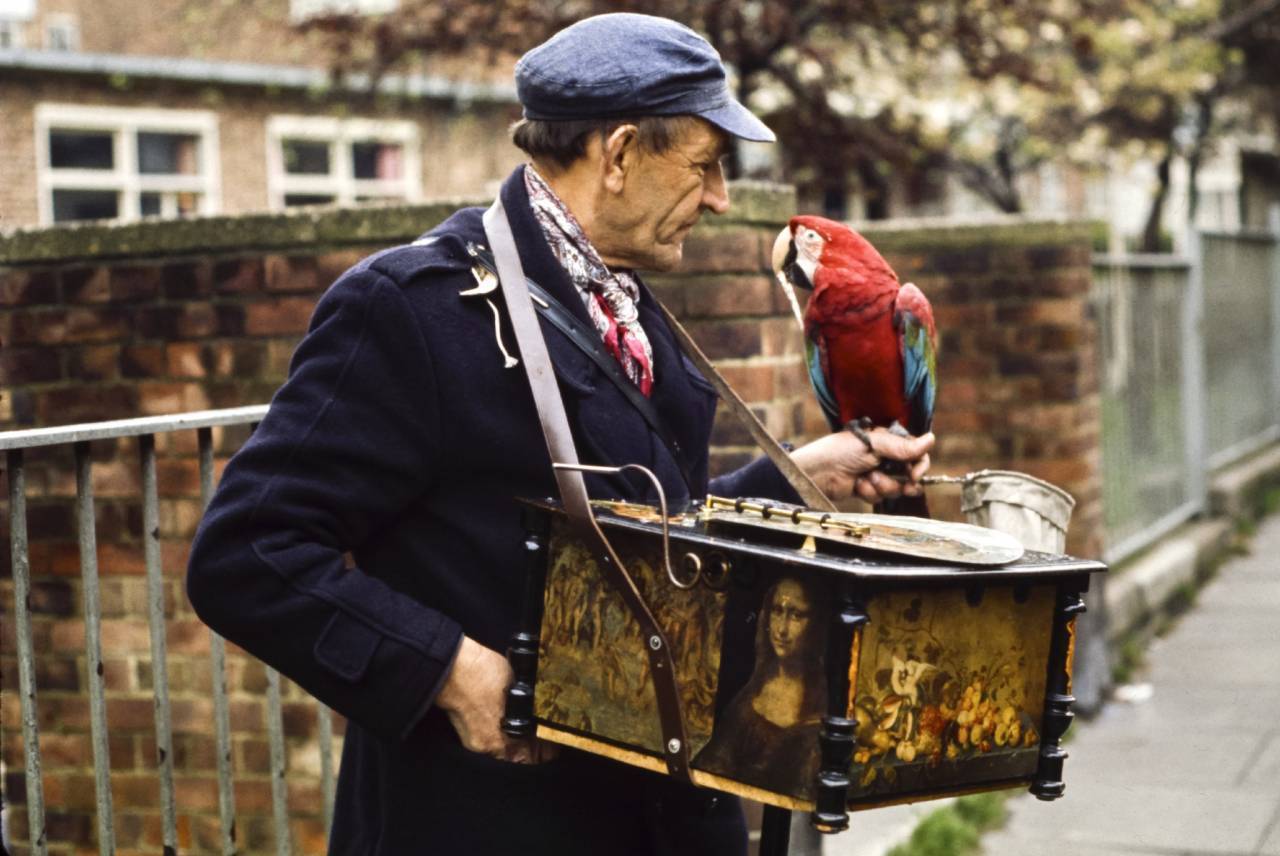 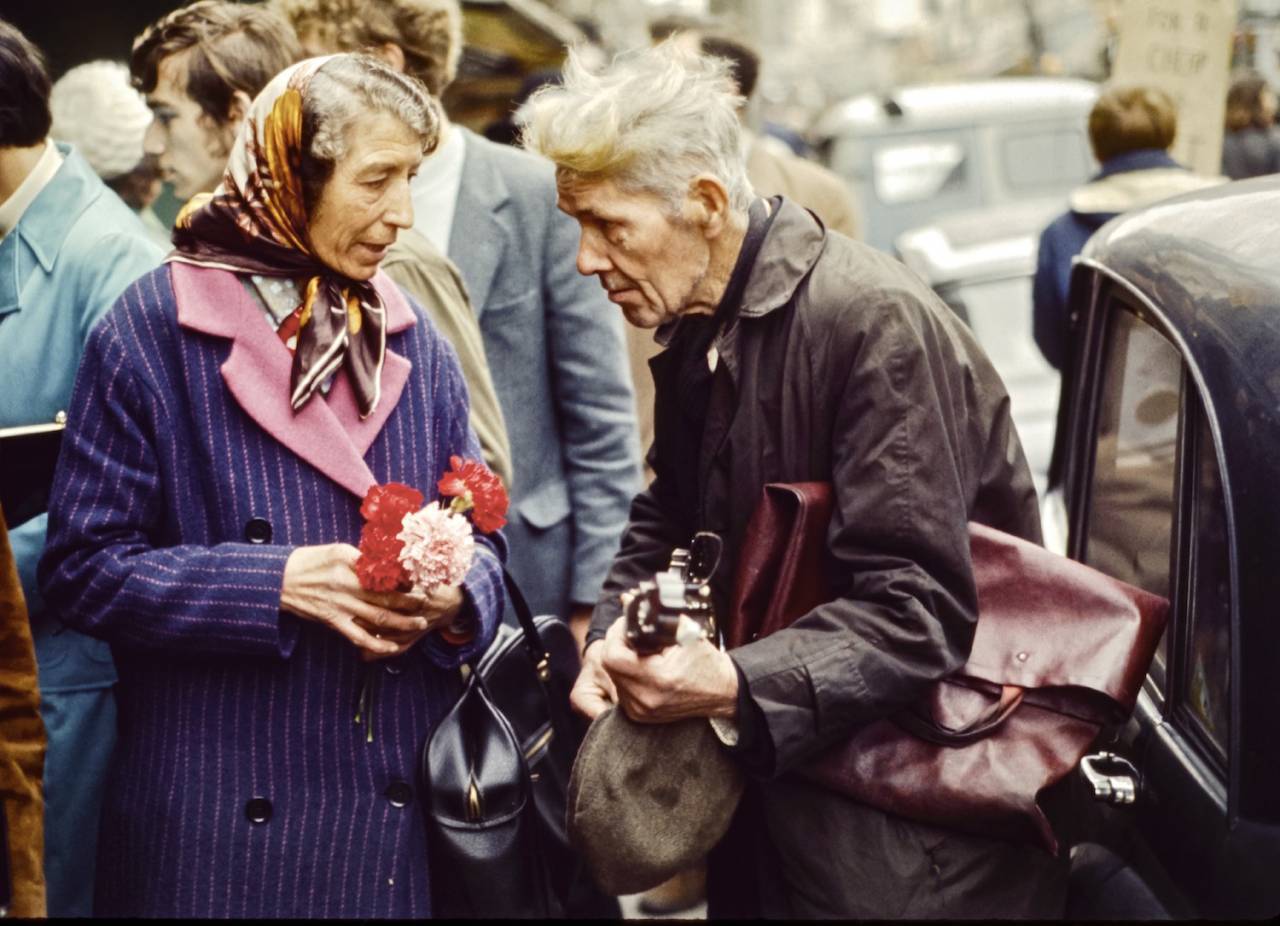 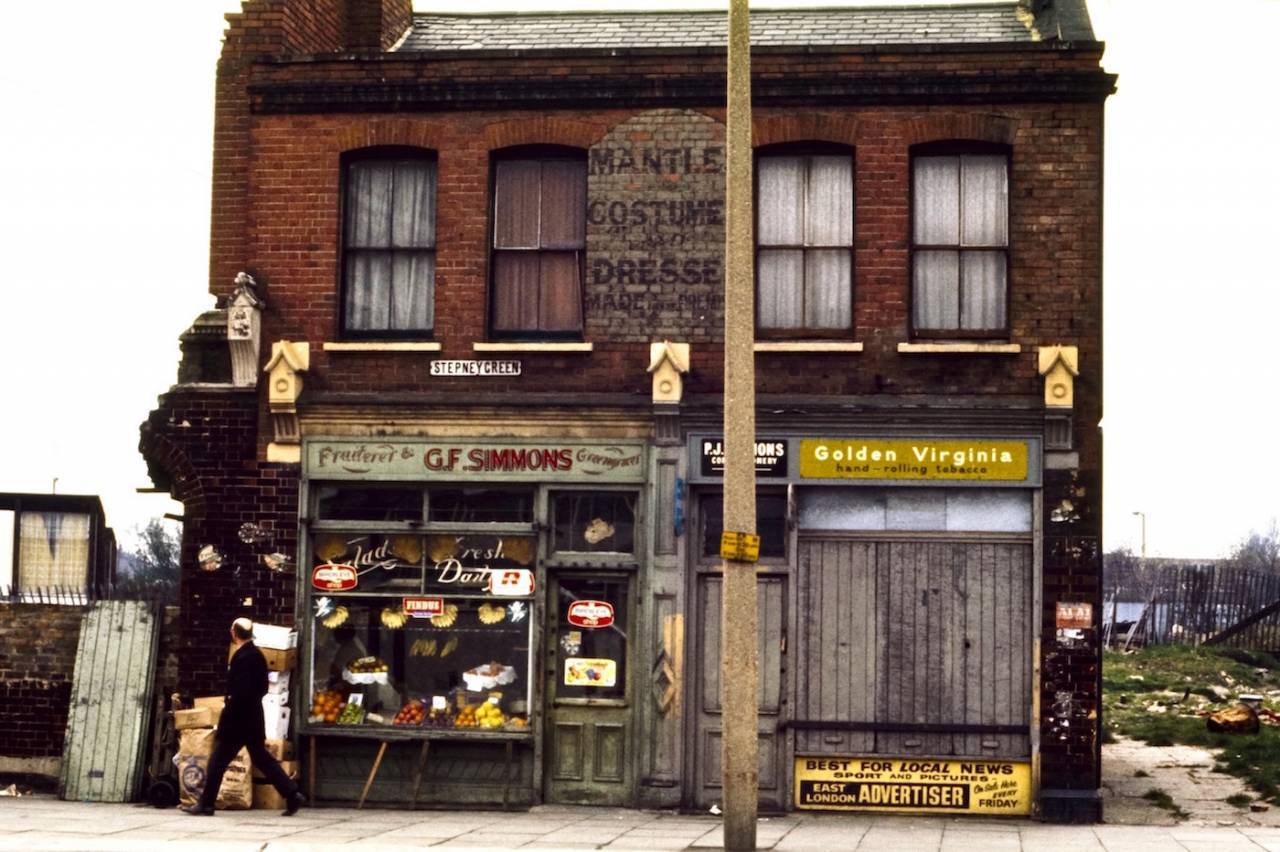 These pictures and many more from that time can be seen on the website www.faultlineprojects.com
They are part of the exhibition David Wisdom- London Belongs To Me shown at The Fault Line Projects space on Salt Spring Island, British Columbia during May and June of 2016. Prints and editions of a box set of 25 postcards are available.