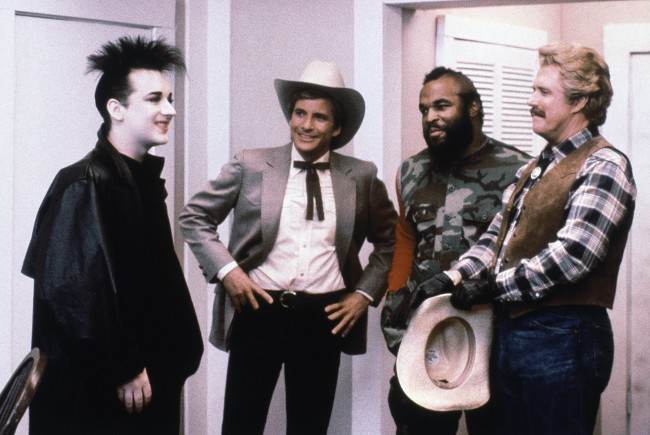 Boy George on the Range in The A-Team. British pop star Boy George, left, guest-stars as himself at Saugus, California near Los Angeles, United States, when Faceman (Dirk Benedict, center) inadvertedly books his Culture Club band into a town or rowdy cowboys hankering for some down home music and Hannibal (George Peppard, right) tries to give ’em what they want, in ‘Cowboy George’ which will be broadcast on NBC/TV’s The A-Team on Tuesday, June 17, 1986. Mr. T., second from right.