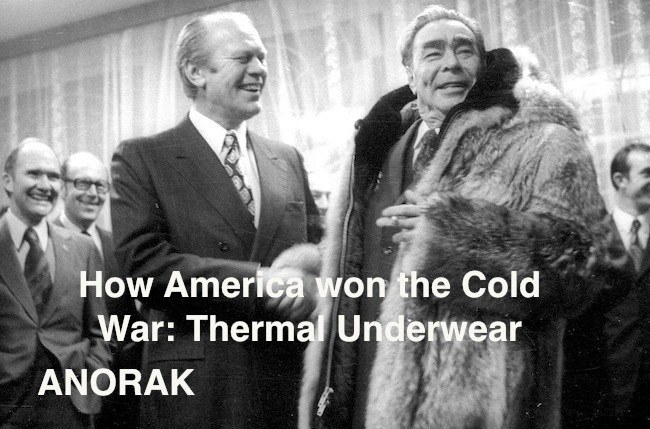 The other Brezhnev left us with was a joke:

In late 1982, an elderly woman walks up to one of the guards at the Kremlin in Moscow.

“I’d like to see General Secretary Brezhnev,” she says.

The old lady turns and hobbles away.

The next day, she returns, once more asking the guard, “Could I see General Secretary Brezhnev please?”

The soldier thinks the old babushka must be senile and says: “But General Secretary Brezhnev has died.”

She turns and leaves again.

Finally, when she turns up for the sixth time, the guard’s patience has run out. “Listen, lady, I’ve already told you several times, Brezhnev is dead! Do you hear me? He’s dead, dead, DEAD!”

“I know!” she giggles, “and I’m really sorry to keep bothering you like this. It’s just that I love to hear you saying it!”

This was Brezhnev’s life in photos: