IN 1986, Winnie Johnson wrote to Myra Hindley, the murderer who along with Ian Brady kidnapped, tortured and murdered her 12-year-old son Keith Bennett. Mrs Johnson wanted Hindley to tell her where her son’s body was. Keith Bennett disappeared in 1964. In 1988, Prime Minister Margaret Thatcher wrote to Winnie Johnson. The letters are now here for you to read in full. Myra Hindley is dead. Ian Brady is alive, playing mind games with a desperately ill Mrs Johnson: 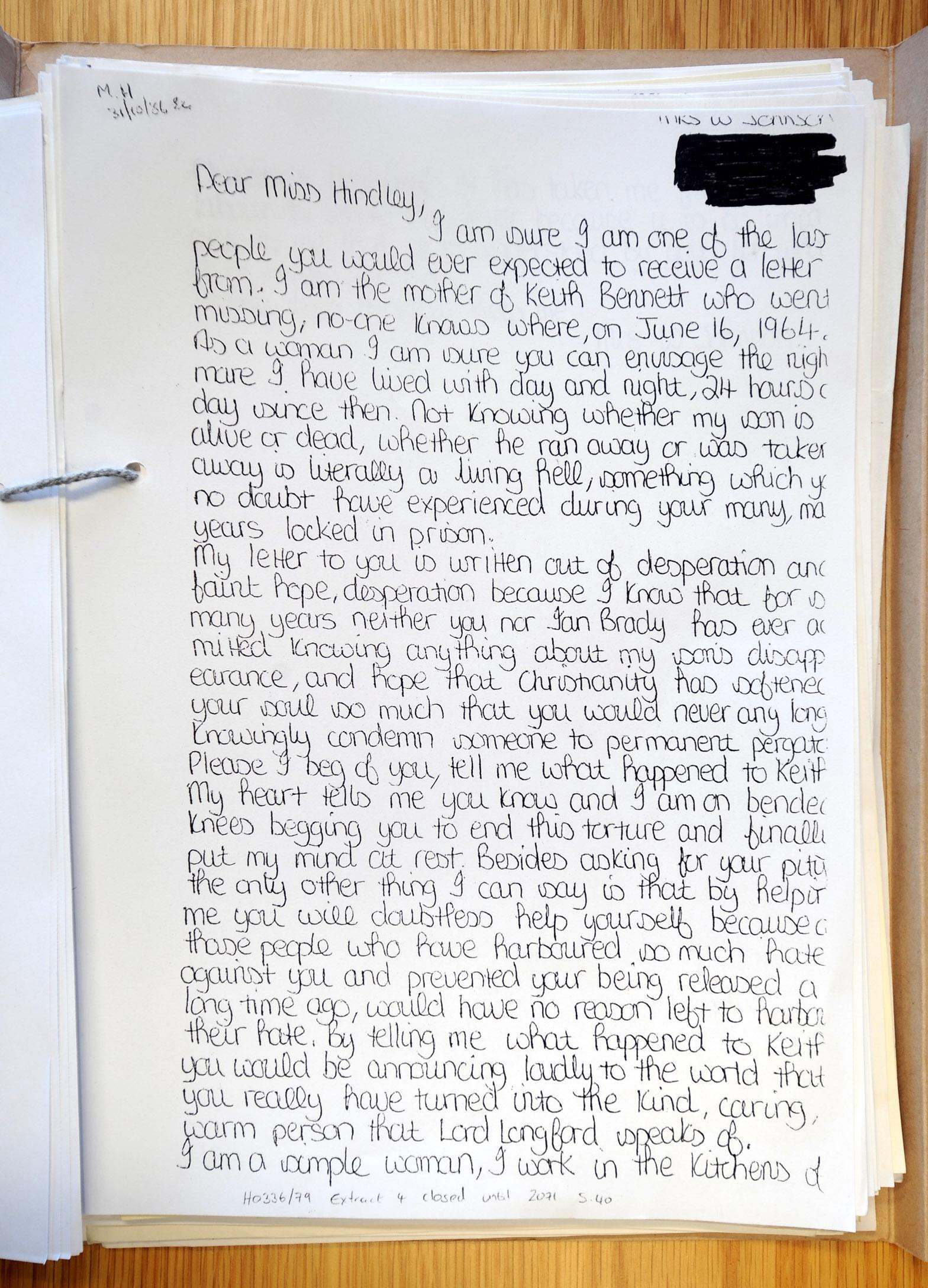 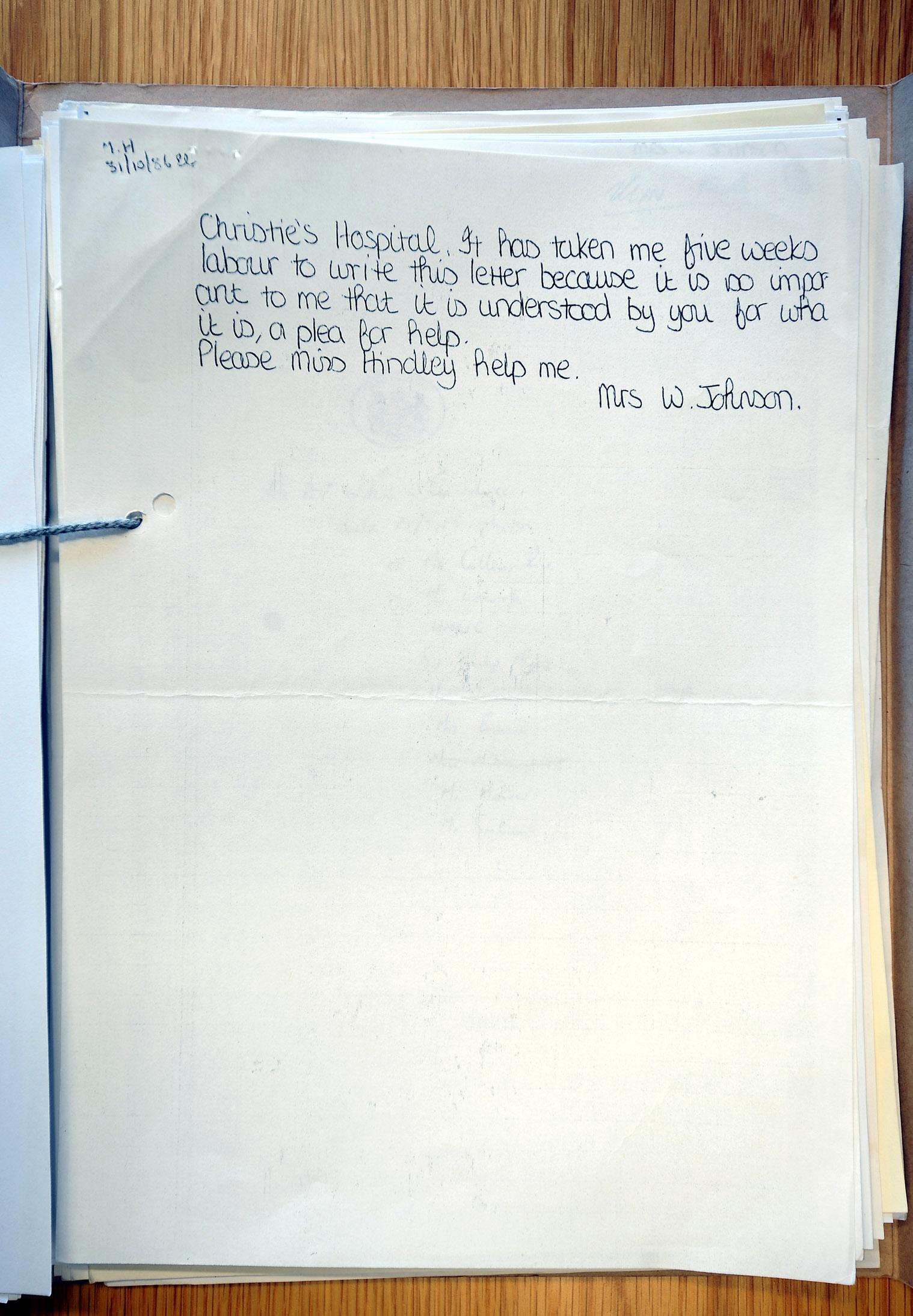 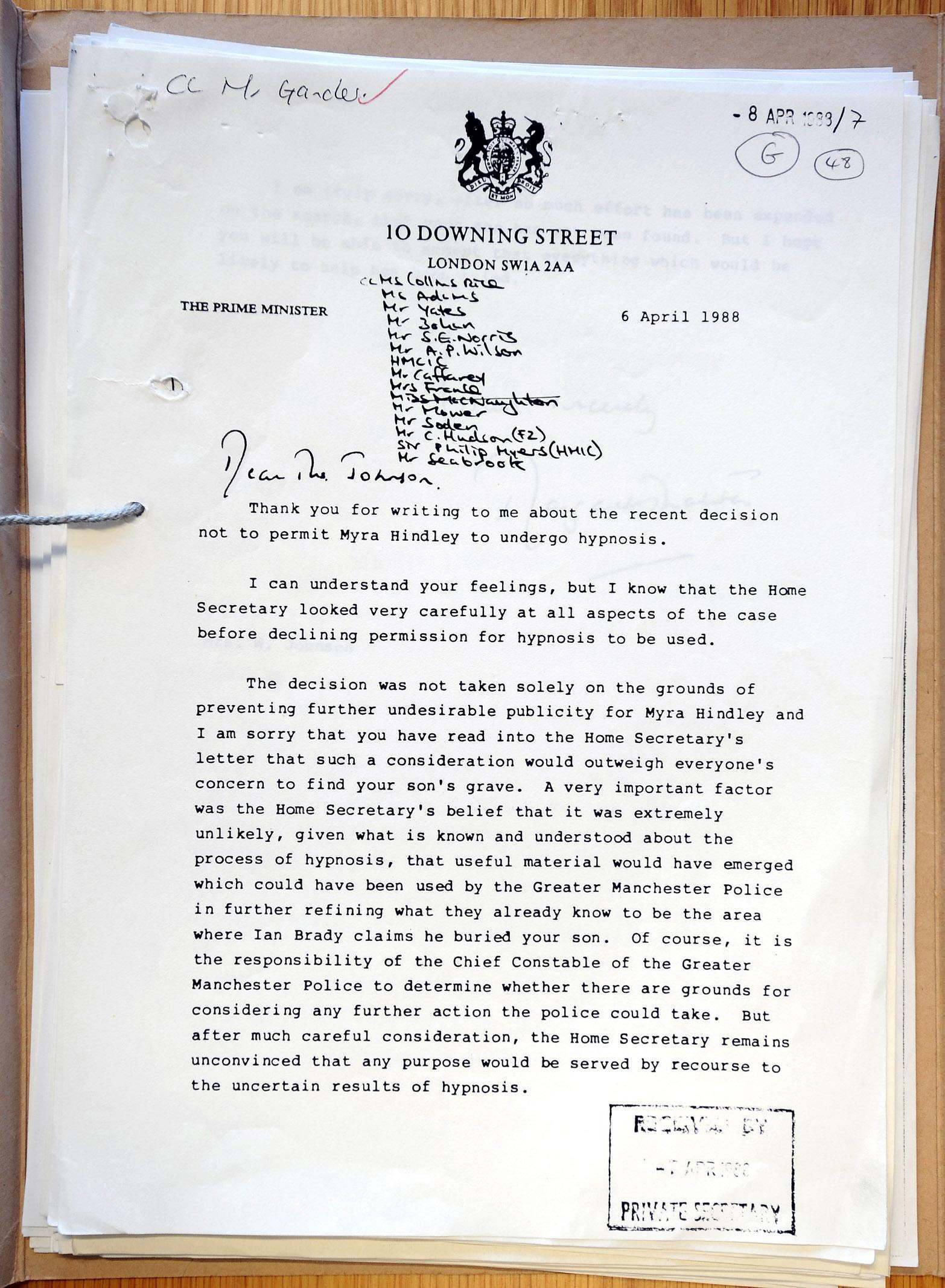 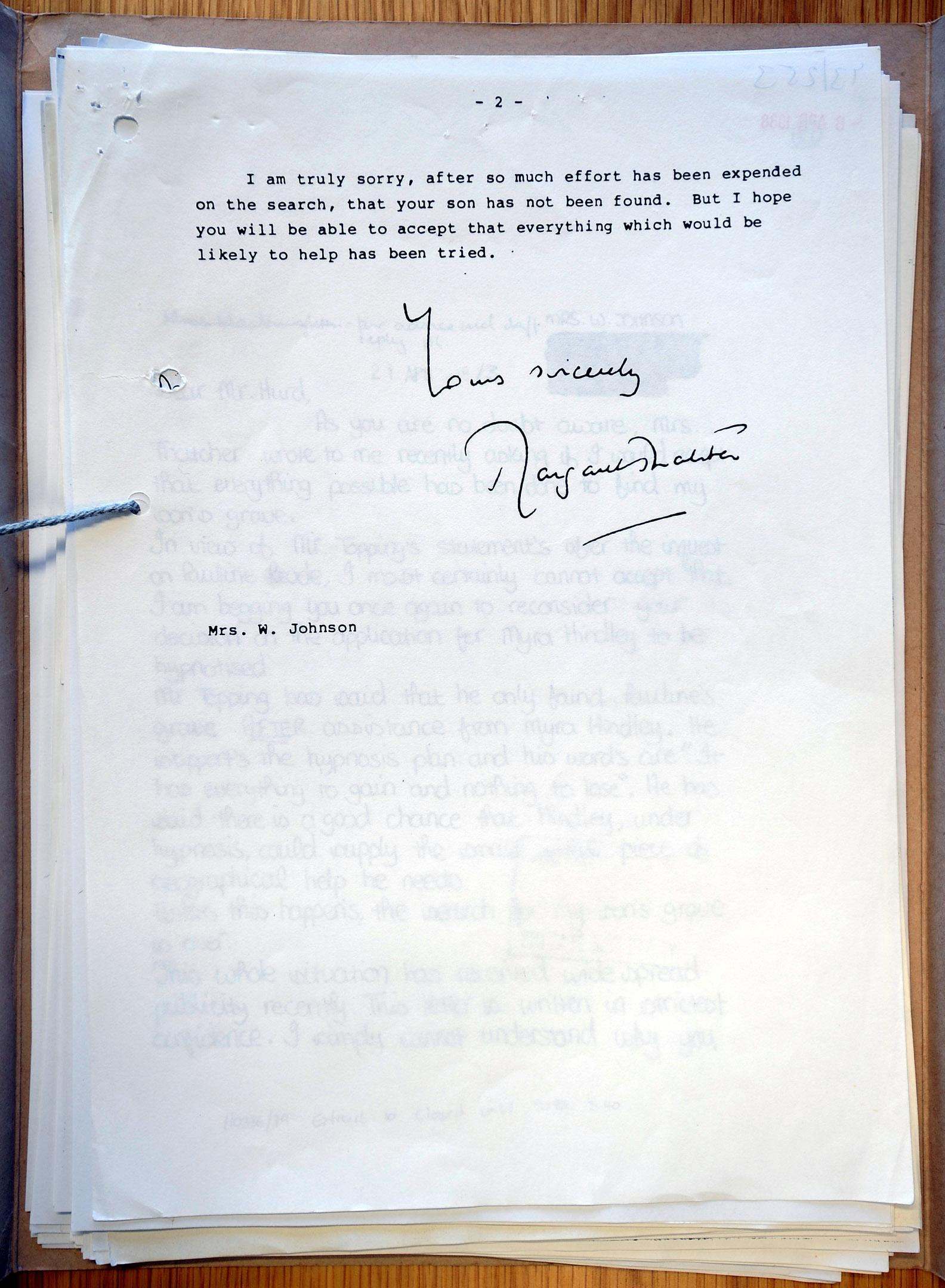