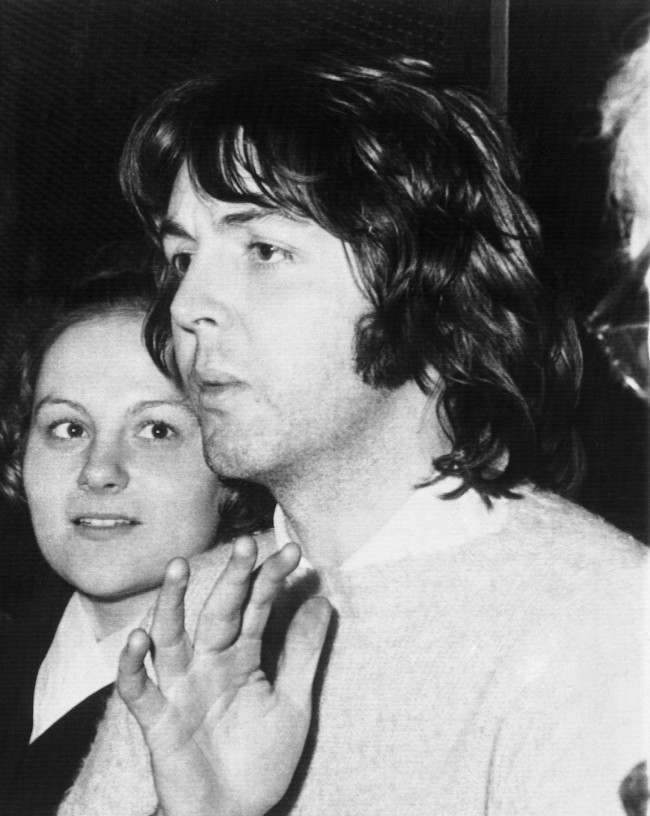 Paul McCartney, of the Beatles, tells newsmen of his plans to marry American divorcee Linda Eastman, as a young fan looks on outside his home in London on March 11, 1969.

Miss Eastman, 27, was wearing a daffodil yellow coat over a fawn dress, while 26-year-old Mr McCartney was sporting a matching yellow tie. The ceremony was delayed because the best man, Mr McCartney’s brother Mike McGear of the Scaffold pop group, arrived late. 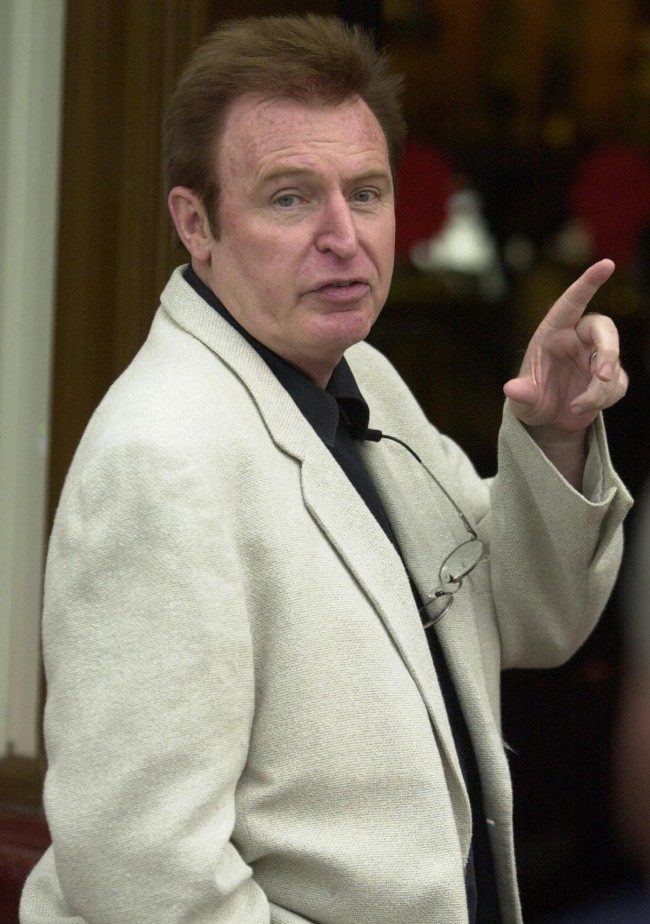 Mike McGear, brother of Sir Paul McCarney, at Wemyss Bay, Scotland, en route to the Isle of Bute. Speculation was growing about the imminent wedding of Stella McCartney today as possible guests began arriving on the island. Locals believe McCartney, 31, the daughter of former Beatle Sir Paul, will celebrate her wedding tomorrow. It is still unclear if she will marry fiance Alasdhair Willis, also 31, at a Victorian house owned by close family friend Johnny Bute, the seventh Marquis of Bute, or just hold the reception there.
Date: 29/08/2003

The Press spotted Paul in February. 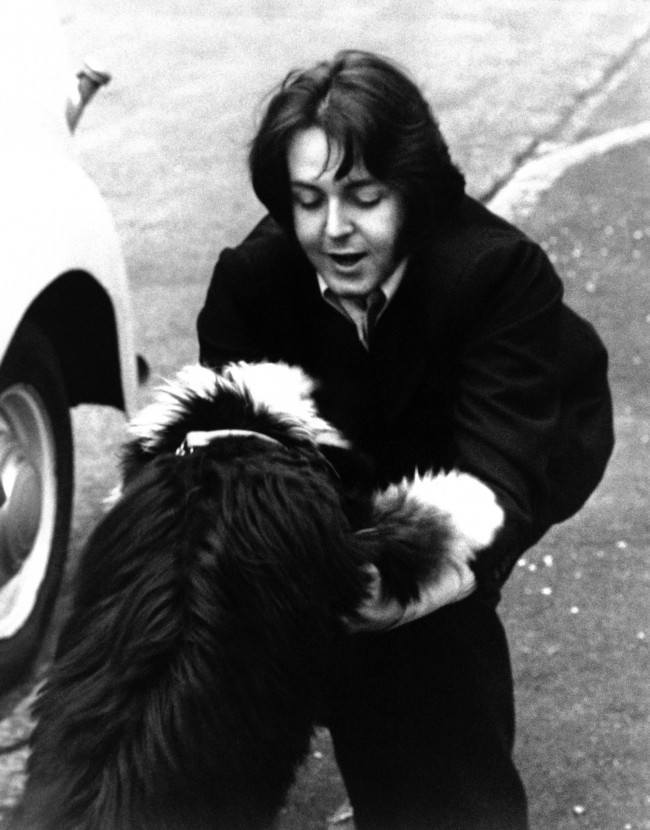 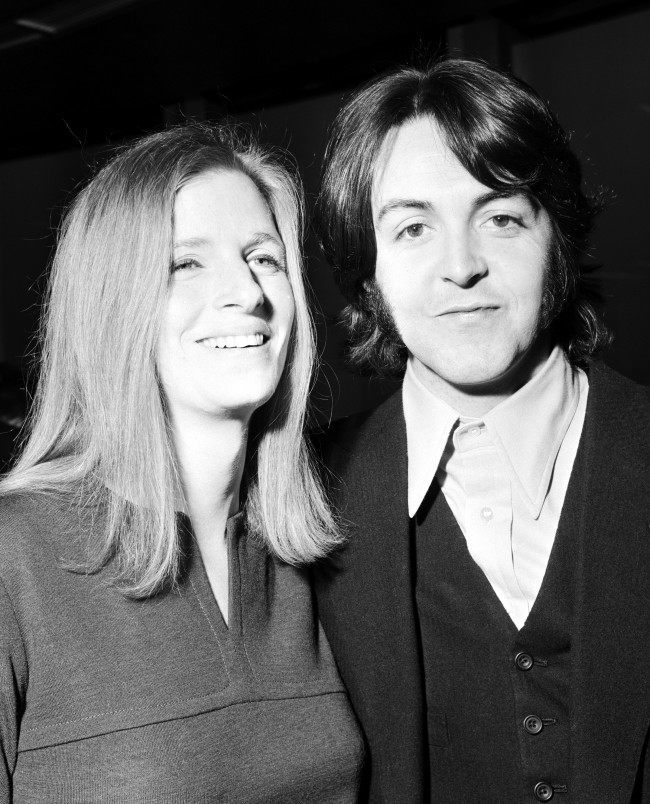 She was the “American society girl”. 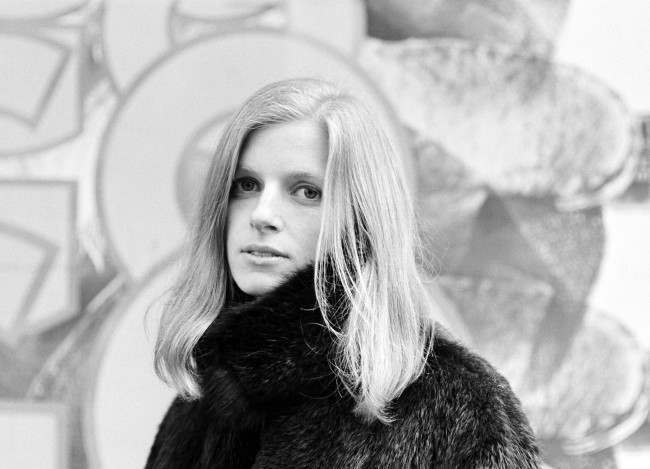 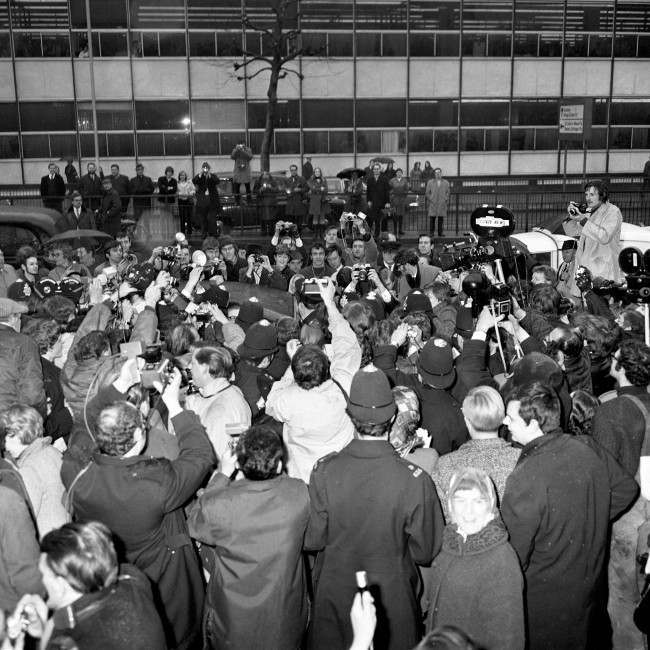 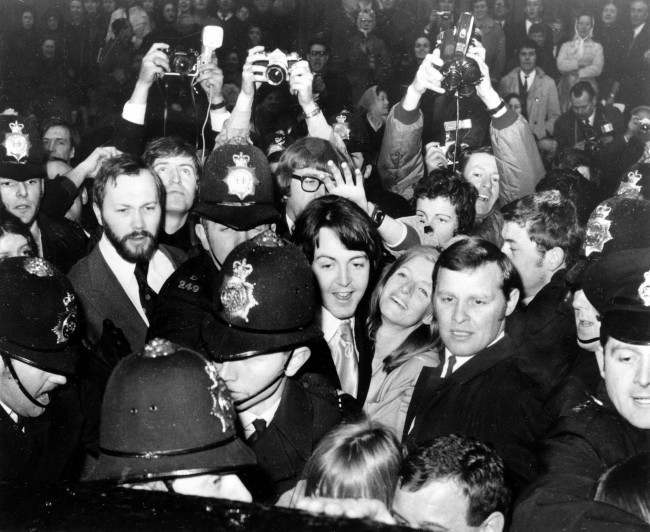 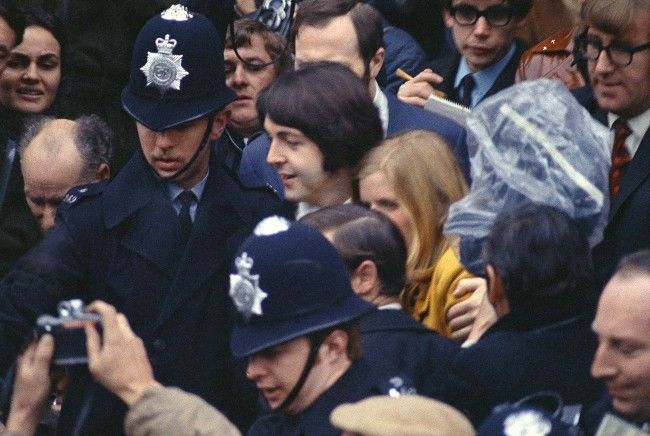 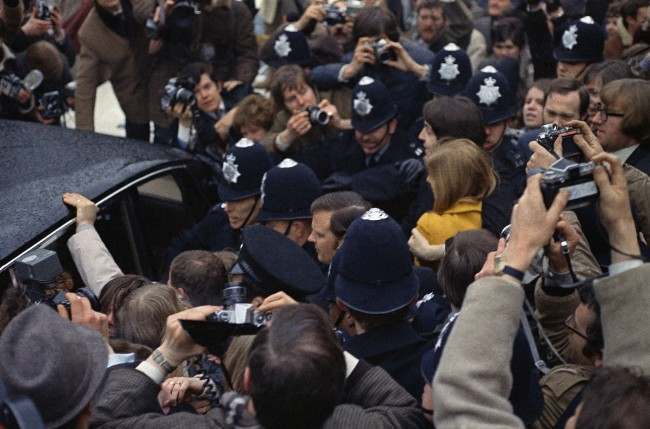 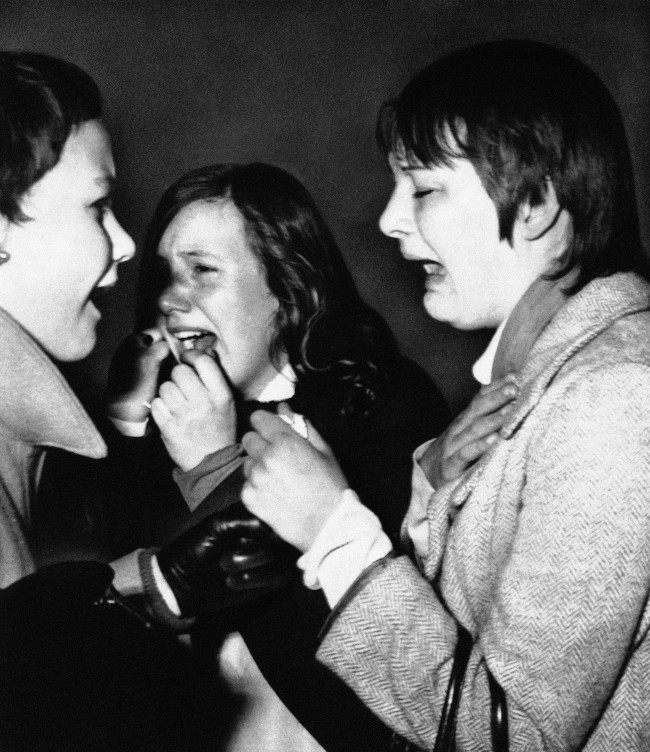 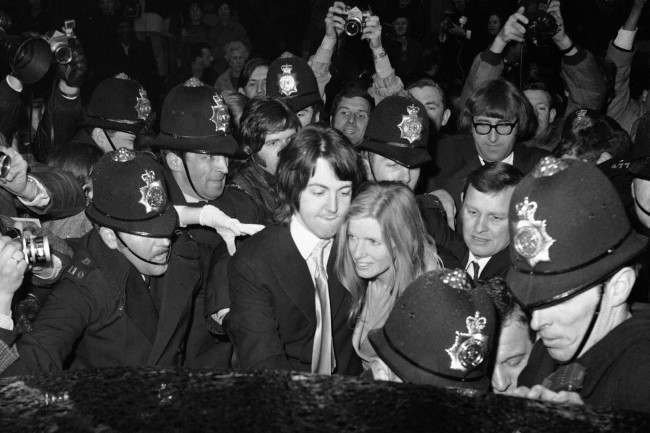 Paul and Linda McCartney were married for 29 years and had one of the most successful marriages in show-business. The couple raised four children – Heather, from her previous marriage, Stella, Mary, and James.

A year after their wedding the Beatles split up and Linda McCartney joined her husband’s band Wings.

A well-known vegetarian and animal rights campaigner, she went on to become a millionaire in her own right with her successful range of vegetarian meals which she launched in the 1990s.

She died of breast cancer in 1998 at the McCartney ranch in Tucson, Arizona. 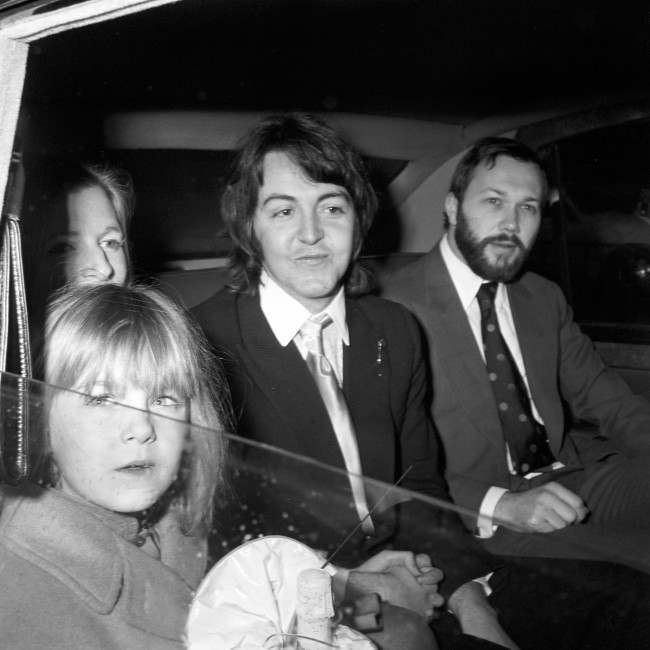 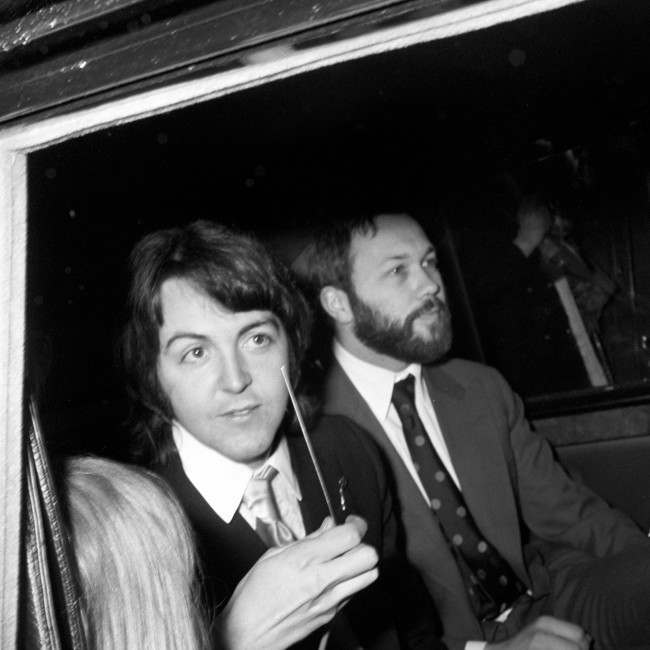 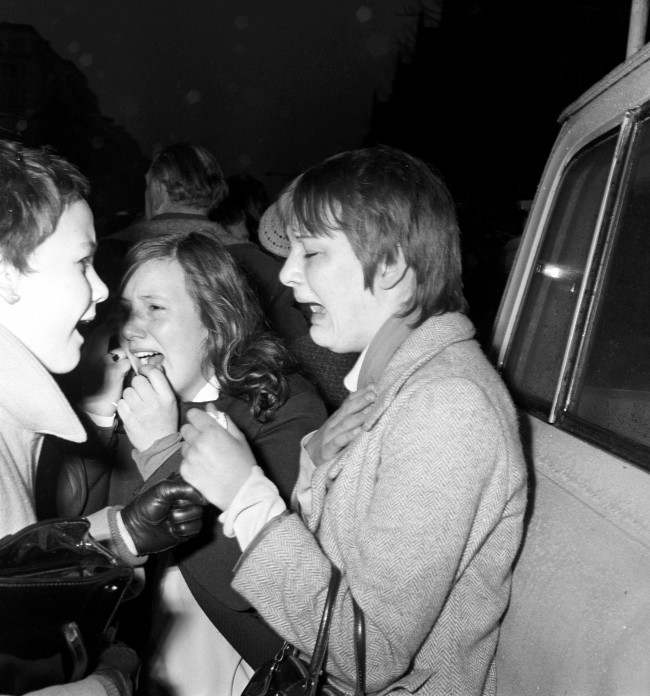 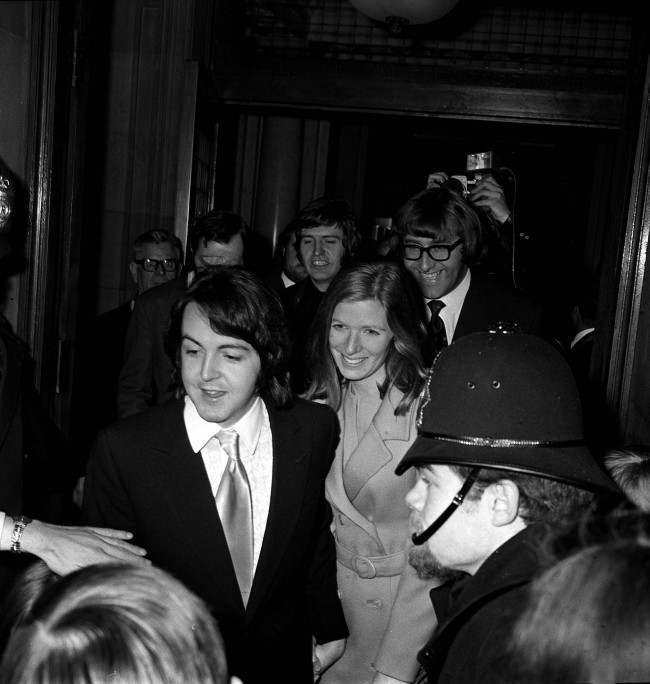 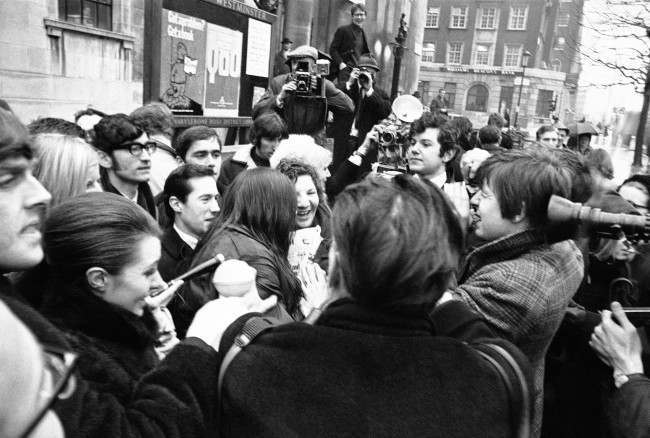 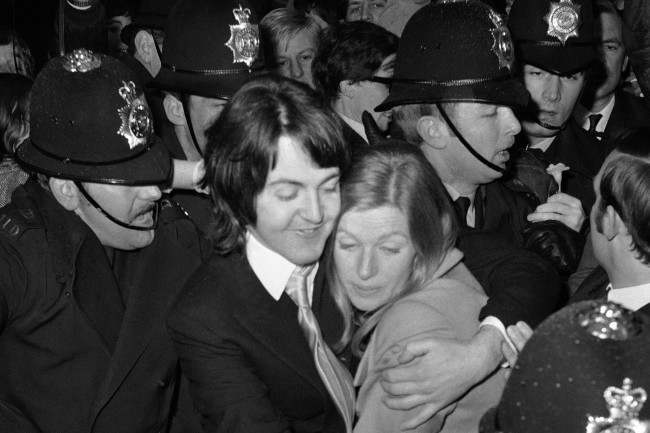