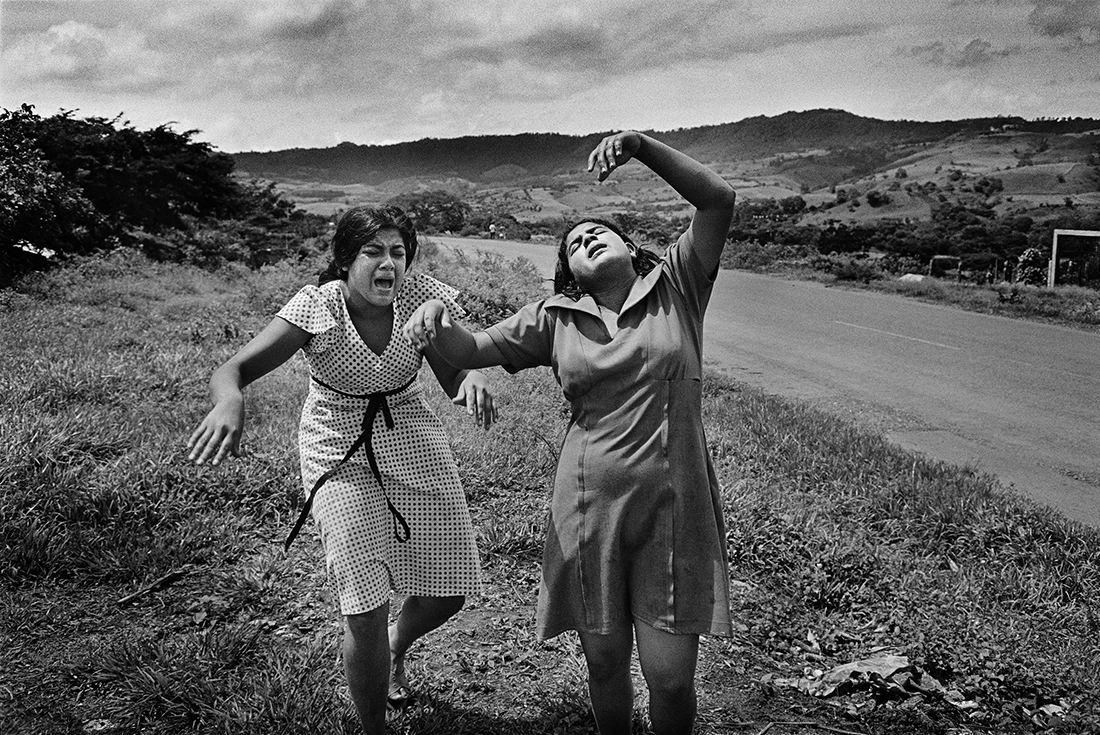 Koen Wessing’s (Amsterdam, 26 January 1942 – Amsterdam, 2 February 2011) photographs tell the stories of conflict in the post-war world: decolonisation, violence and brutality in Latin America, the collapse of the Soviet bloc, the war in Yugoslavia, apartheid in South Africa and the resurgence of China. Wessing’s star rose with his photographs of the 1973 military coup in Chile and the overthrow of the Salvador Allende government. Back then South America was where you went to pick up drugs and a kidnapped loved one, or engage in the kind or rigid politics that had left millions dead and destitute in Europe. The tension in Wessing’s pictures is palpable. The air is taught, people existing on sharp intakes of breath. Hard little men dressed in guns and smooth Playmobil helmets swagger along trees stripped of vegetation, the soil as exposed as the resilient women waiting to exhale. These photographs are beautiful. But what holds you is the sense of threat, the air of menace that at any moment something terrible is going to happen. 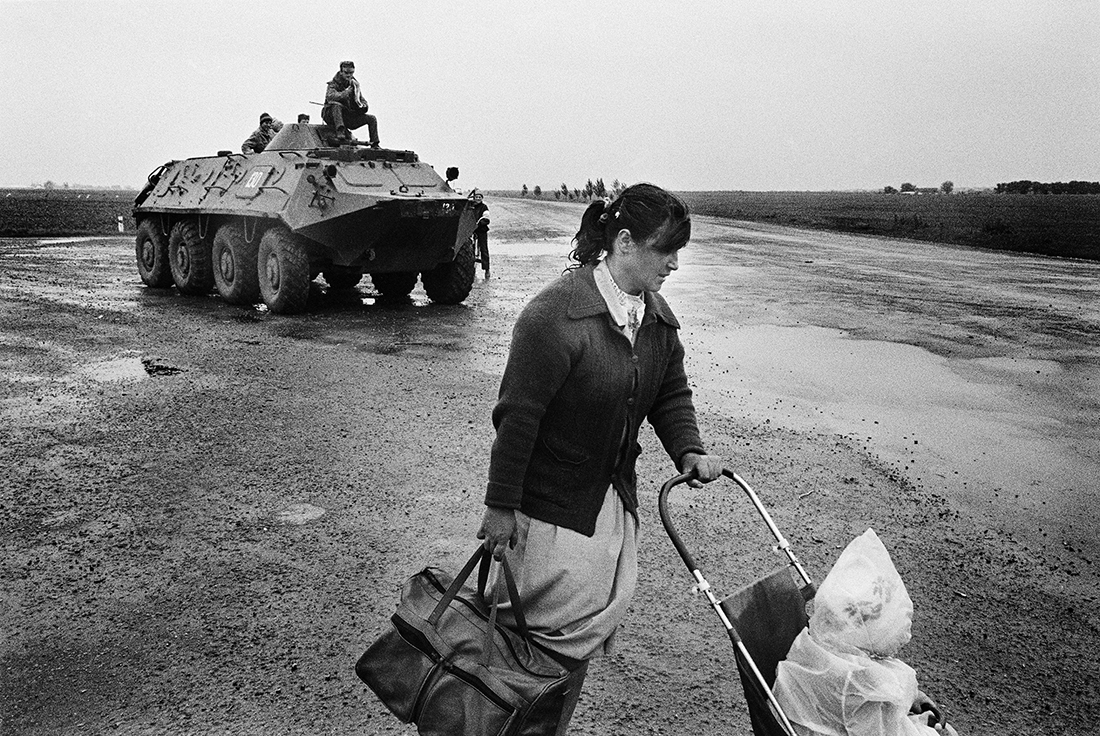 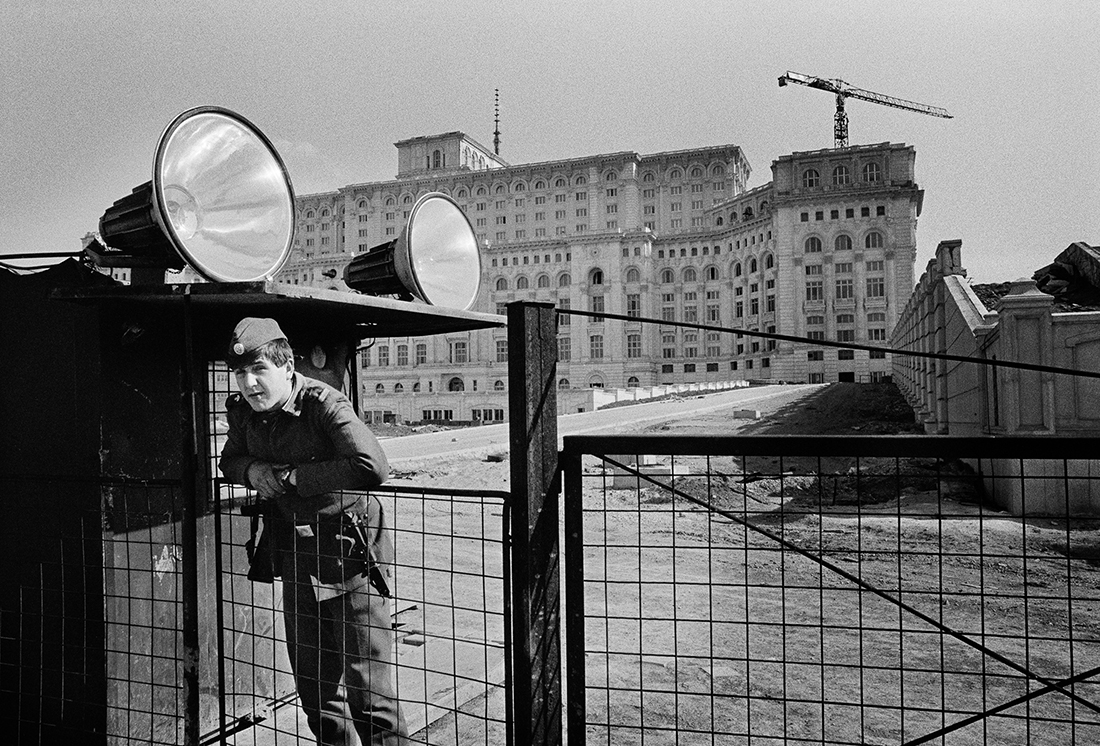 Garde before the palace of Nicolae Ceaușescu, Bucarest, Romania, 1990 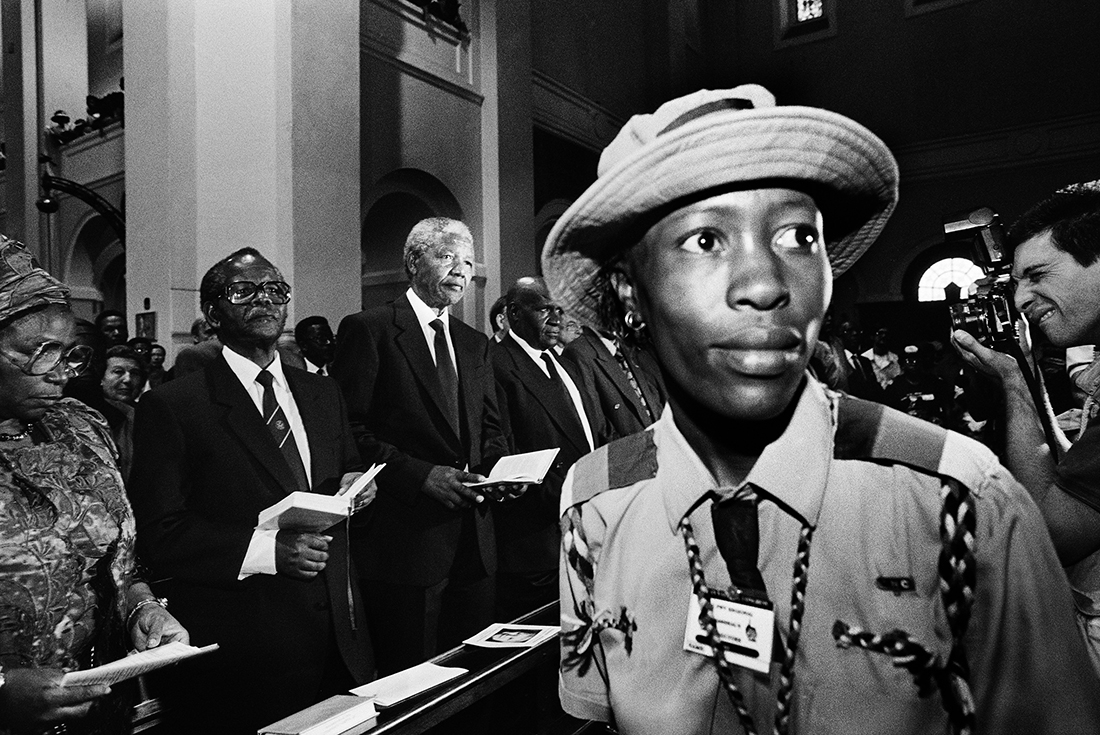 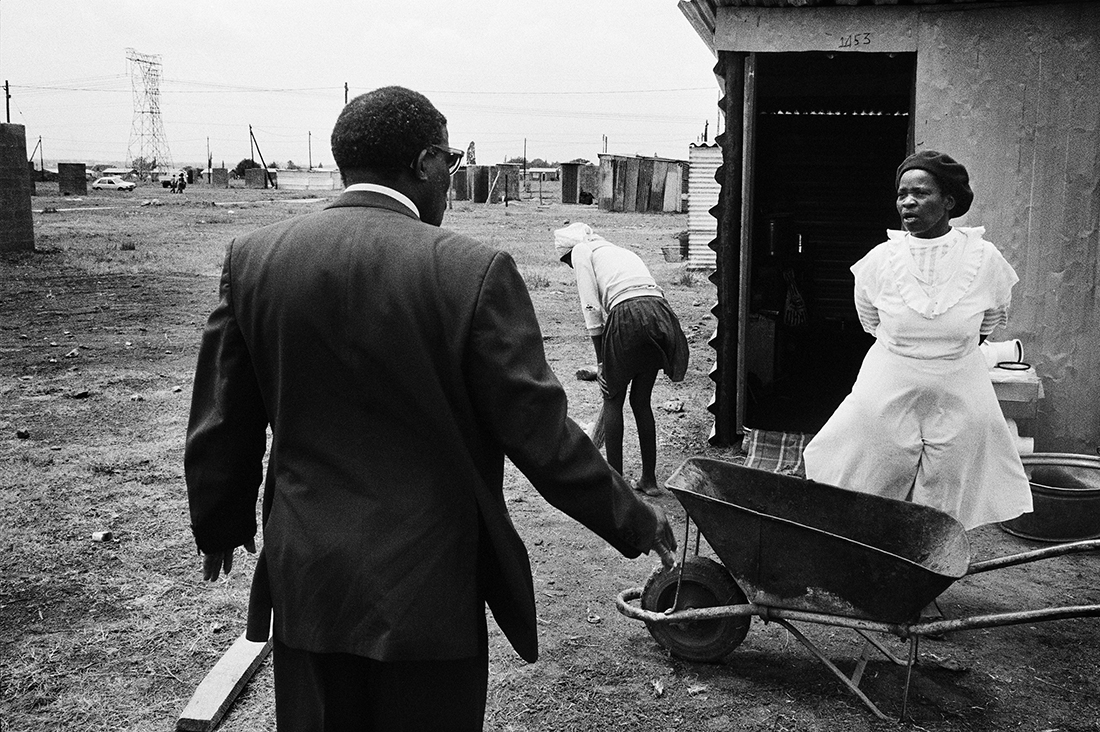 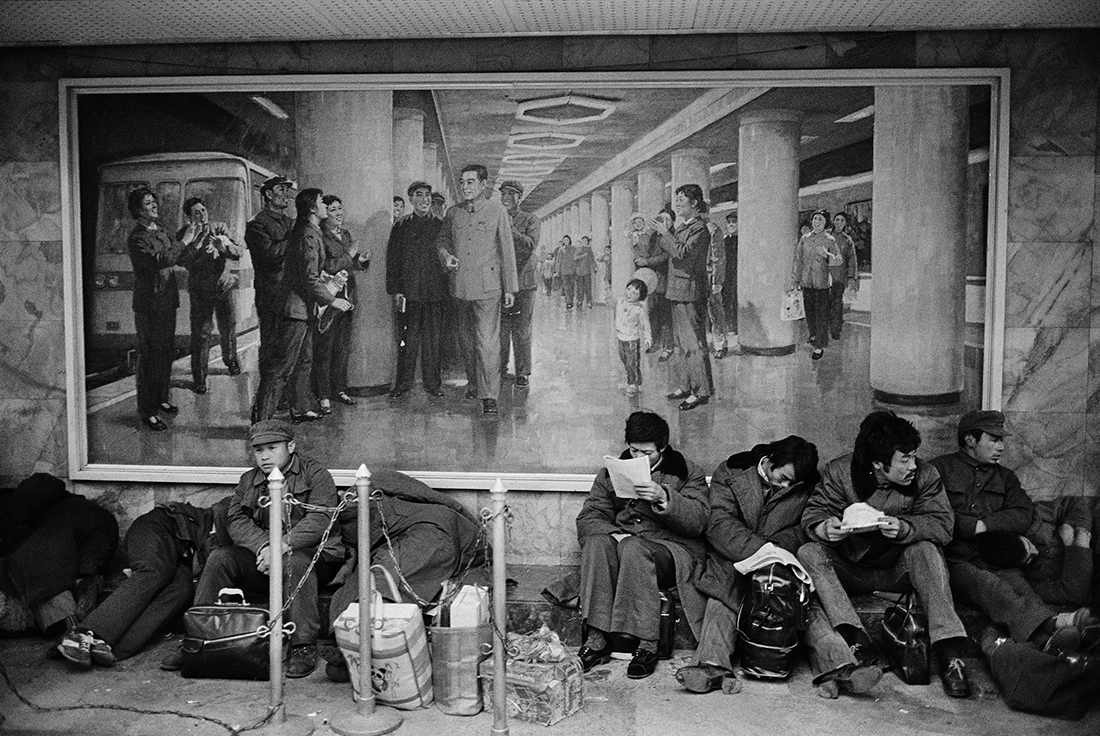 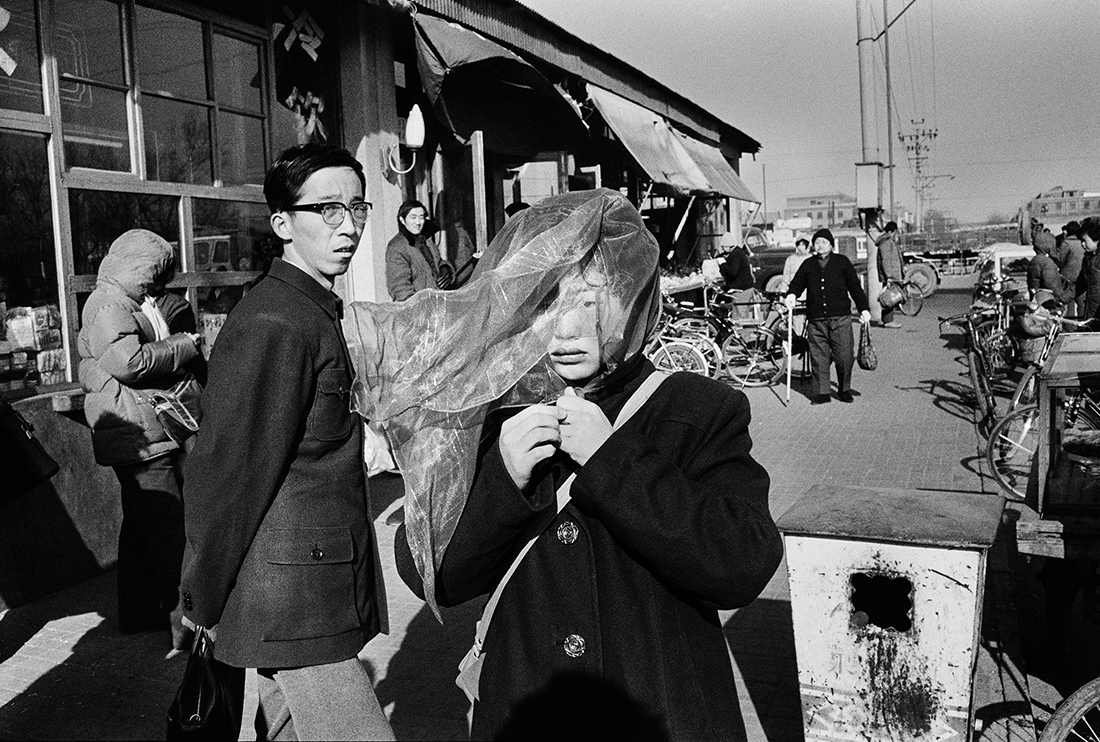 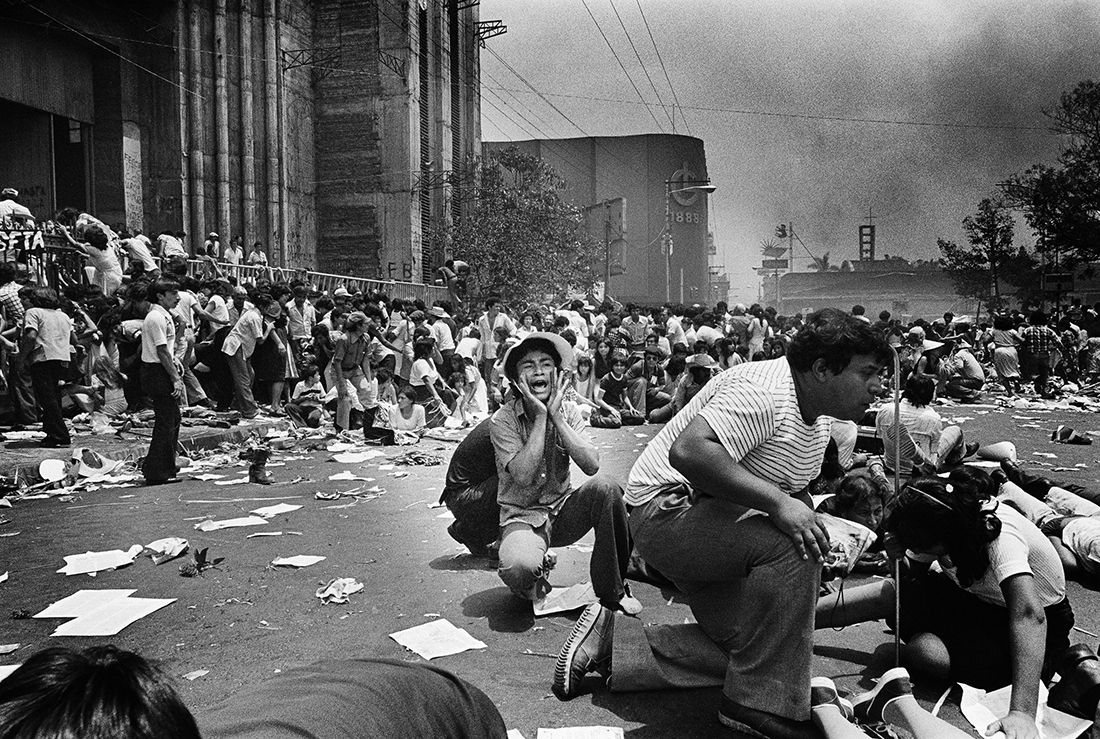 Snipers attacking the crowd during the funeral of Archbishop Romero, San Salvador 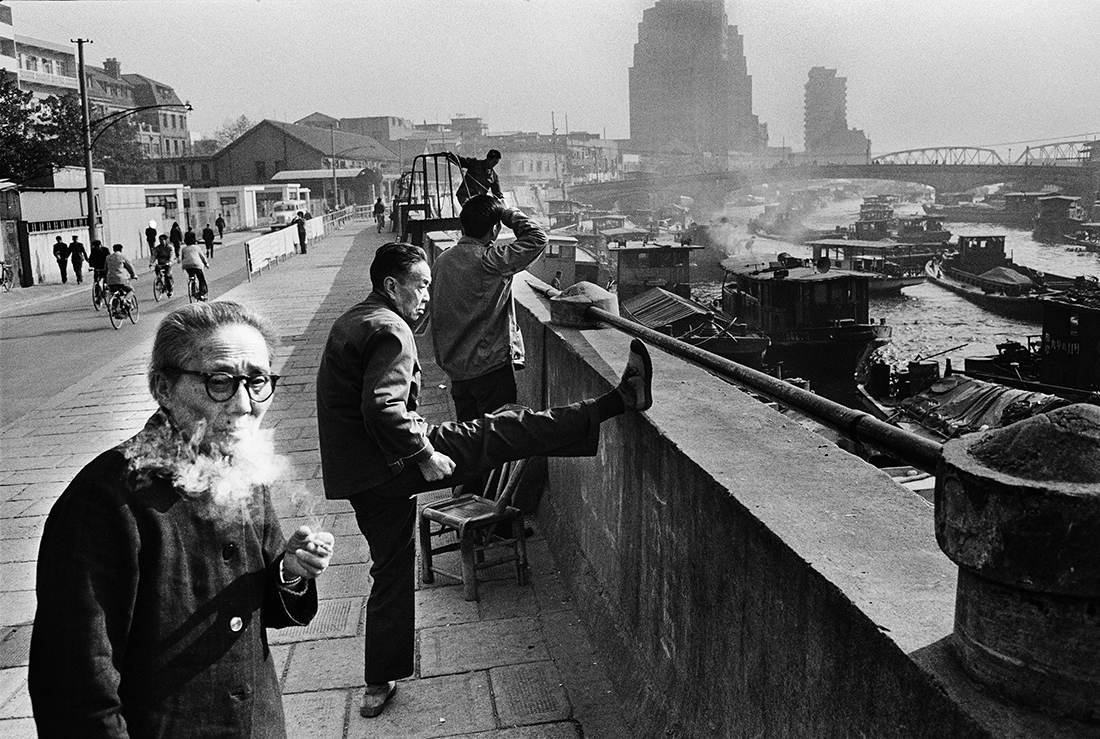 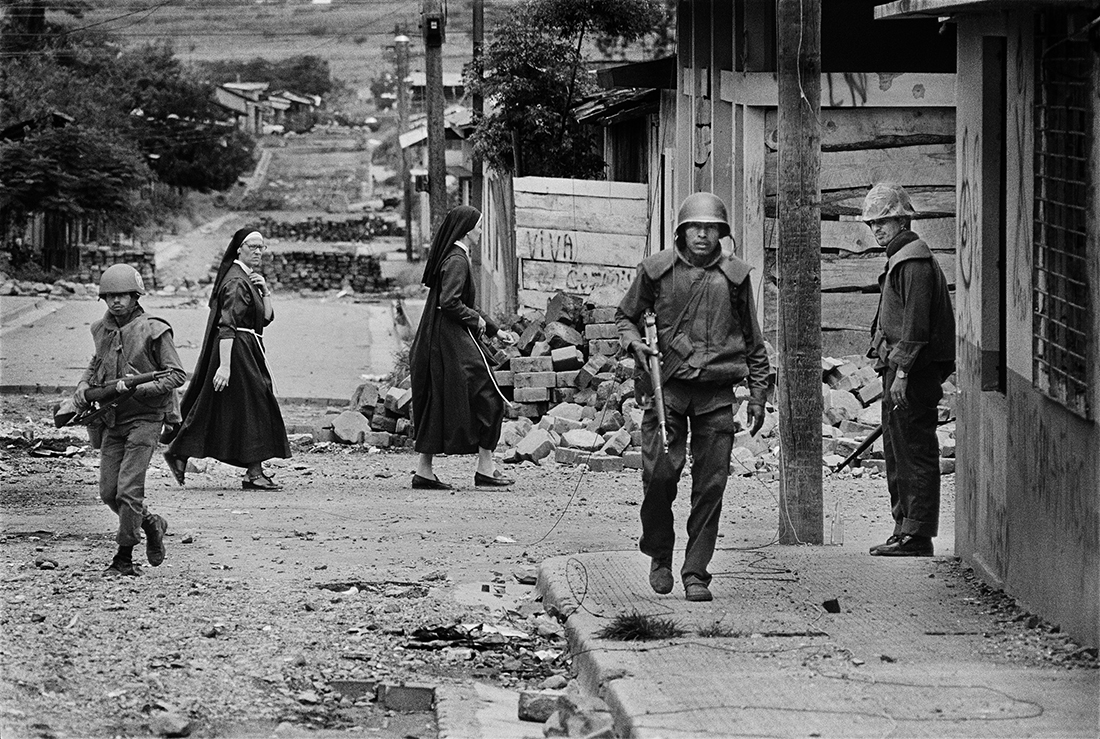 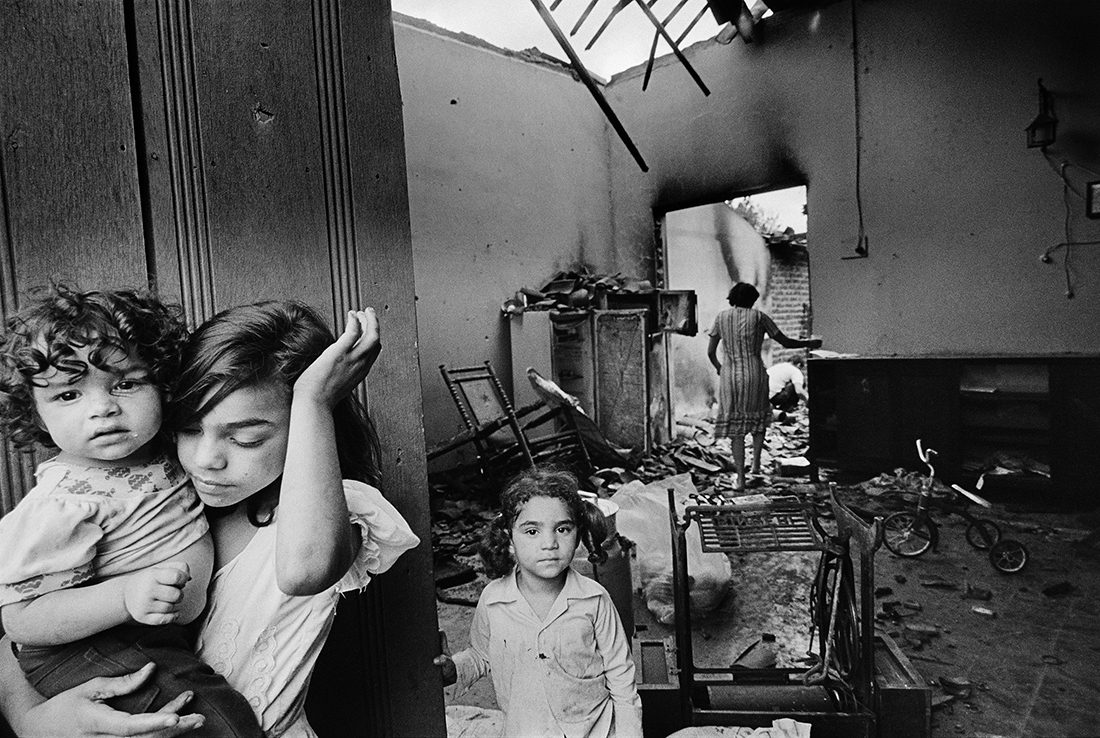 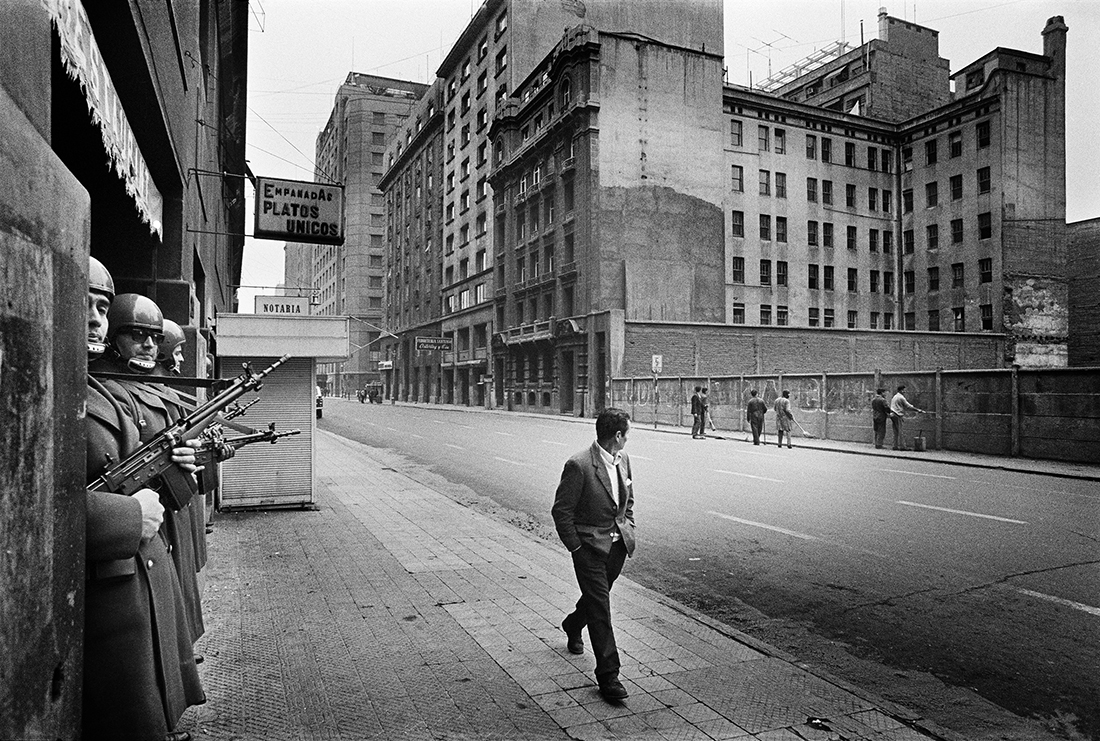 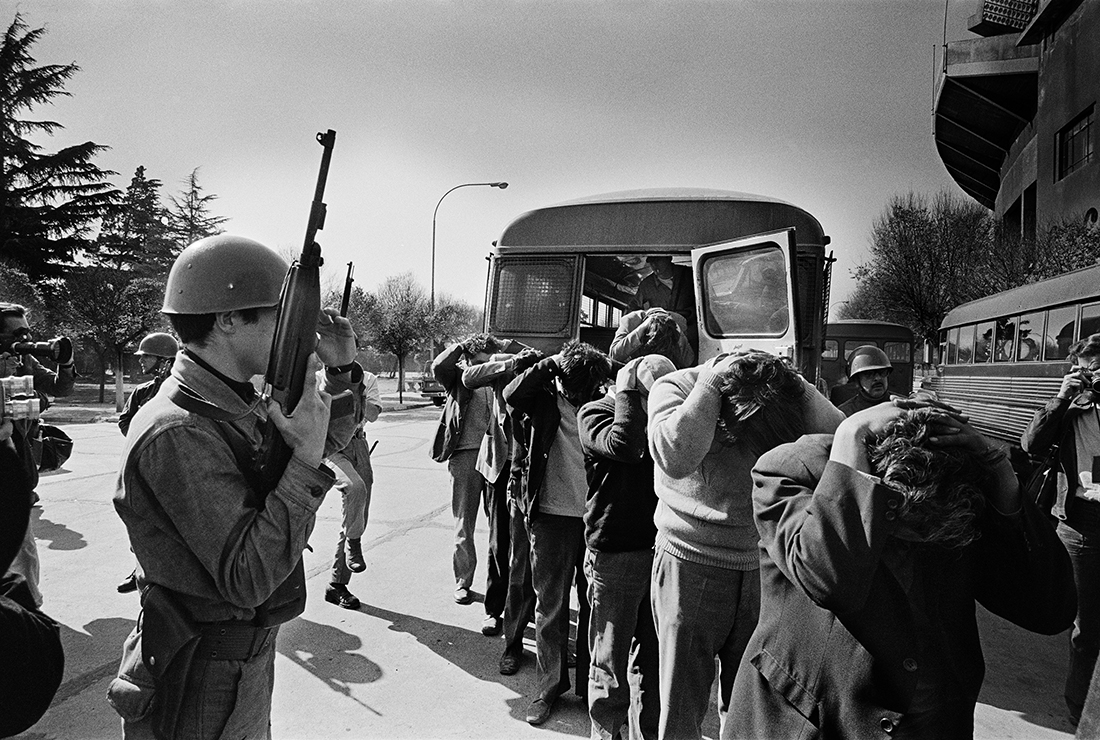 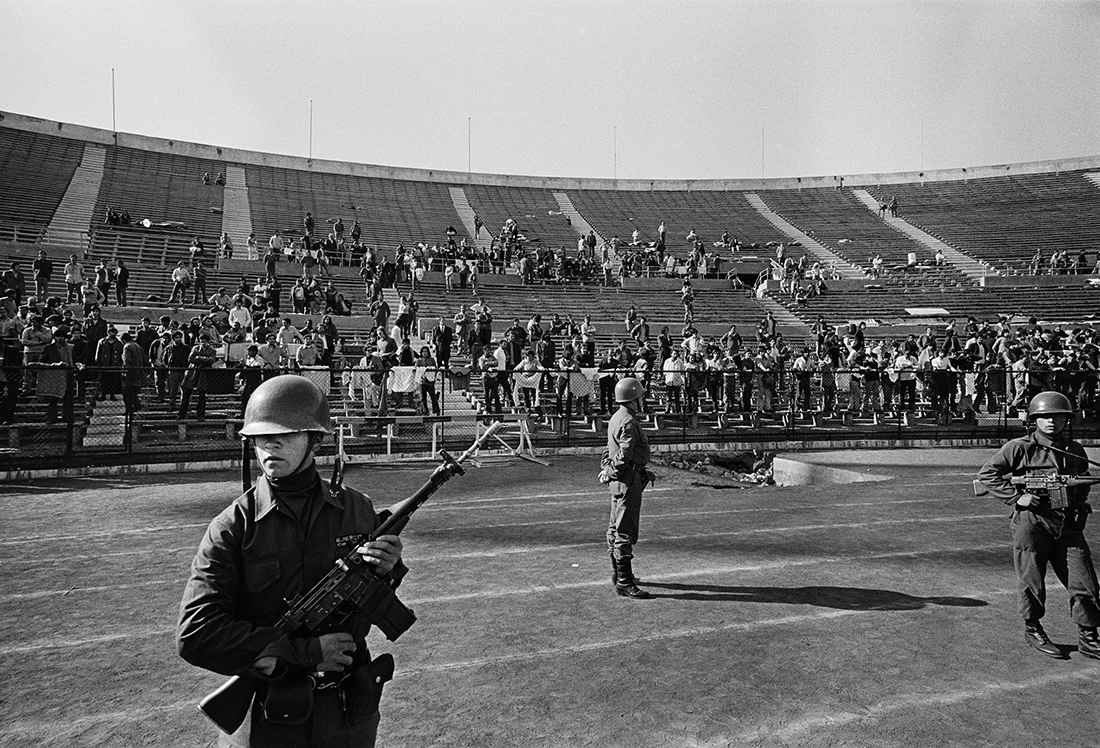 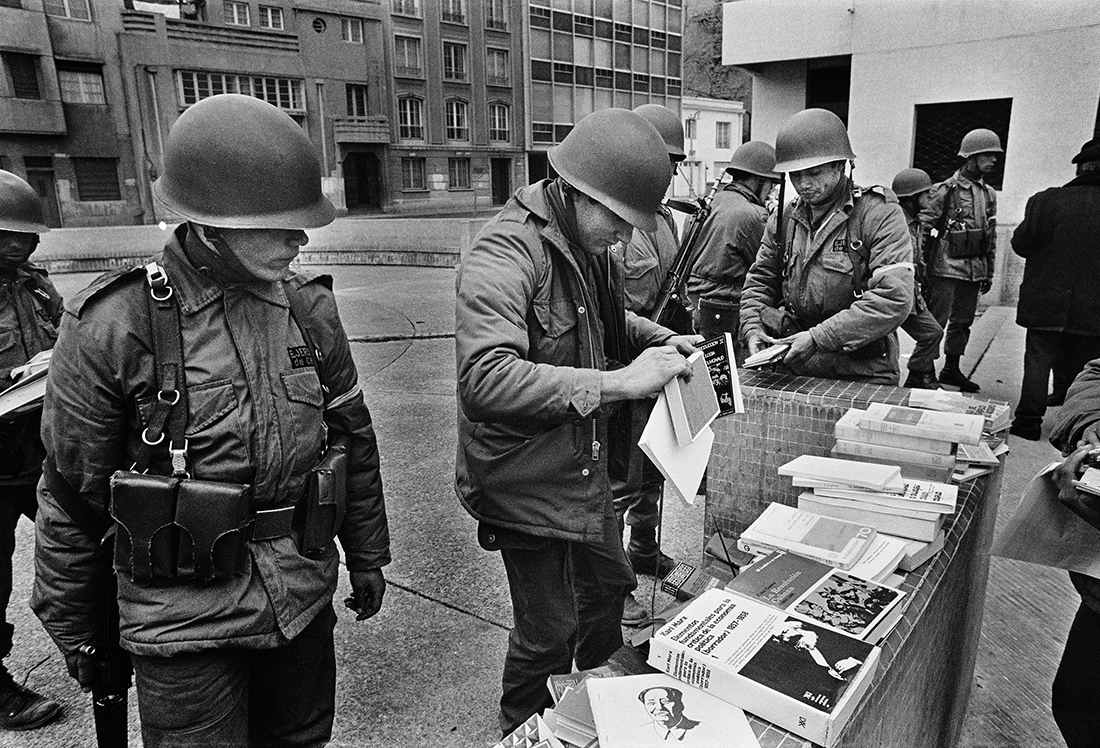 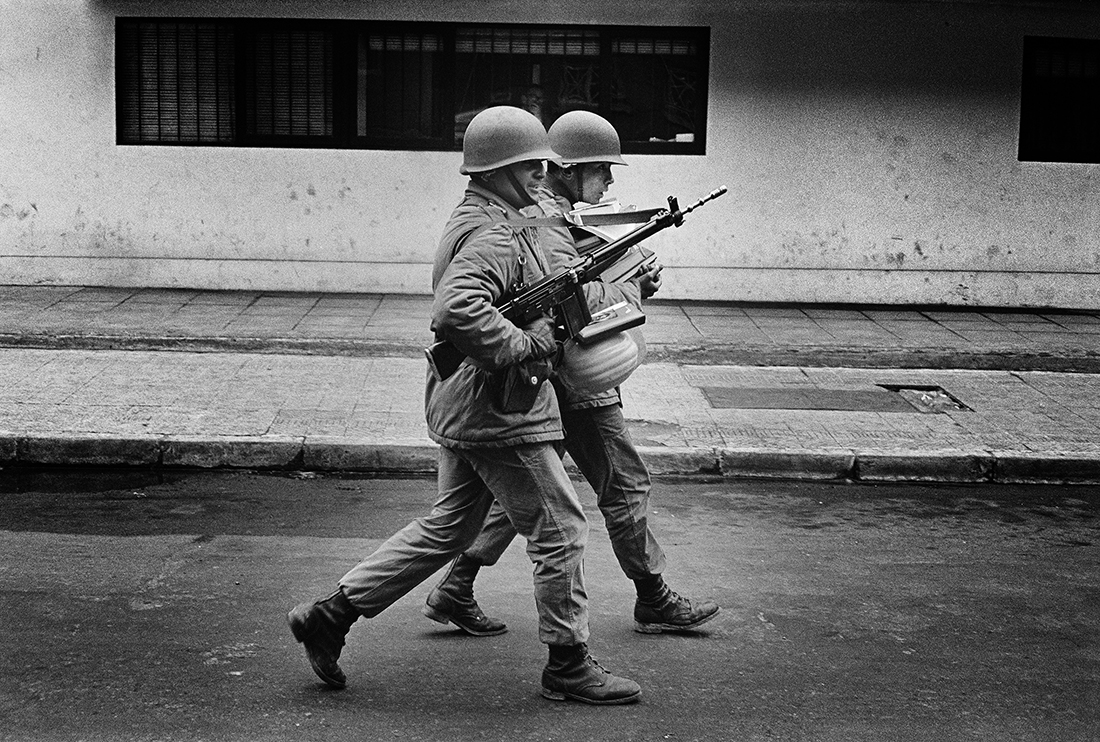 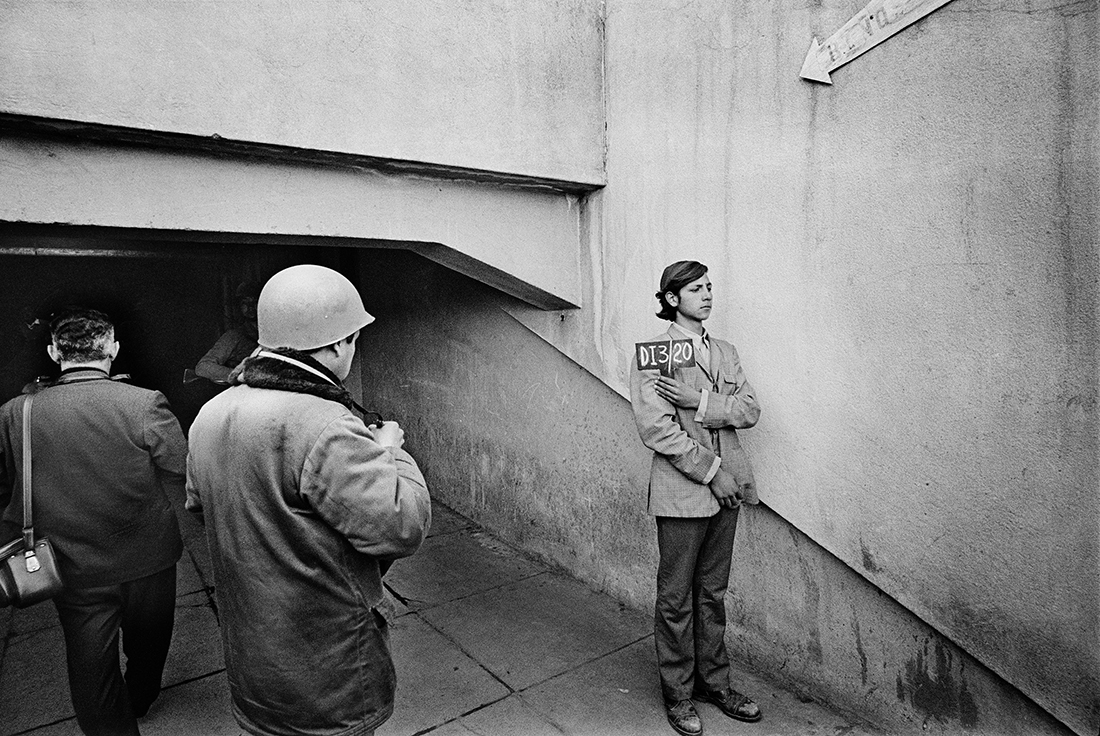 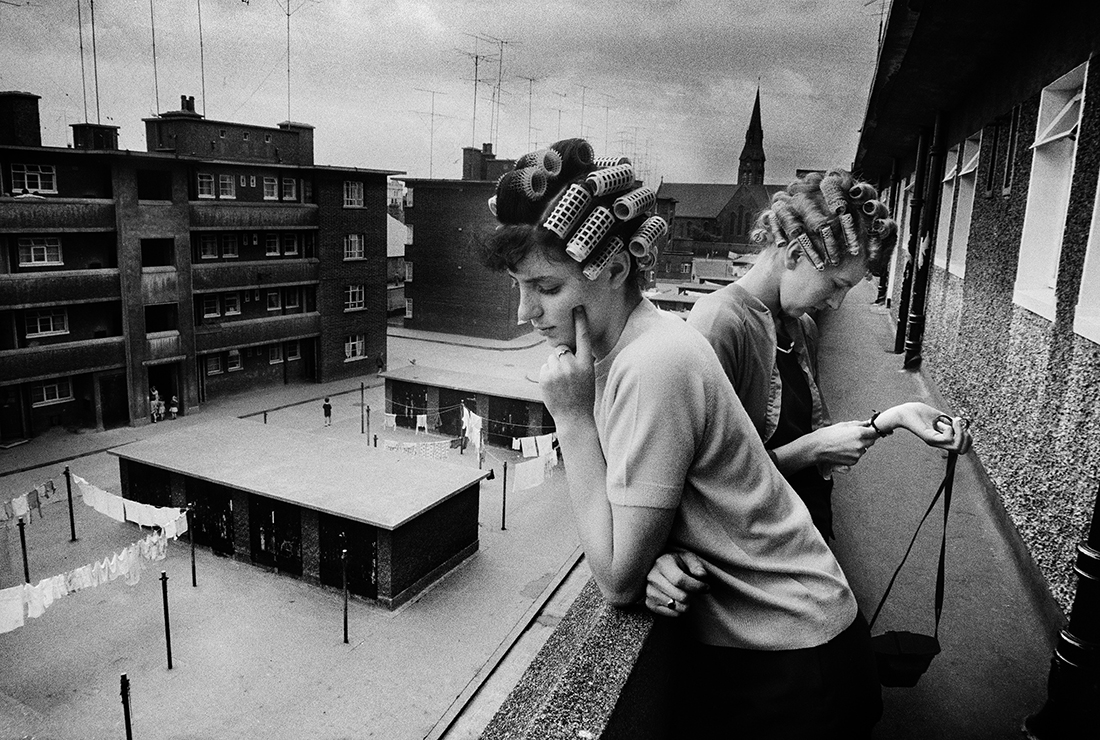 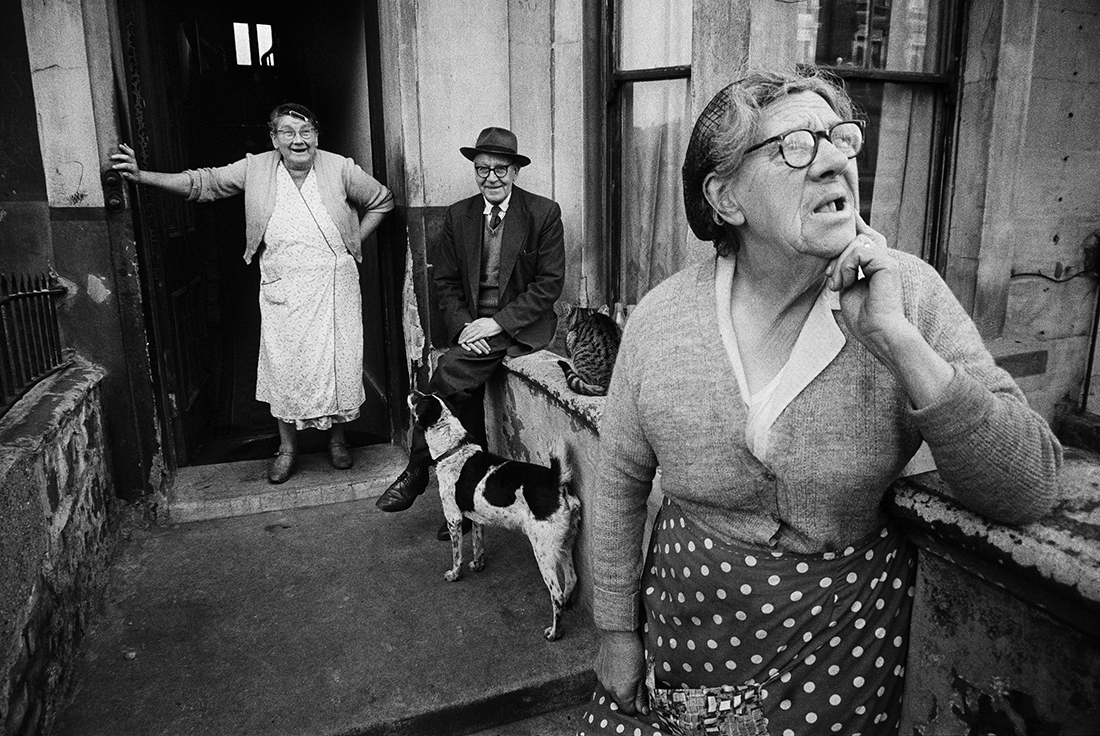 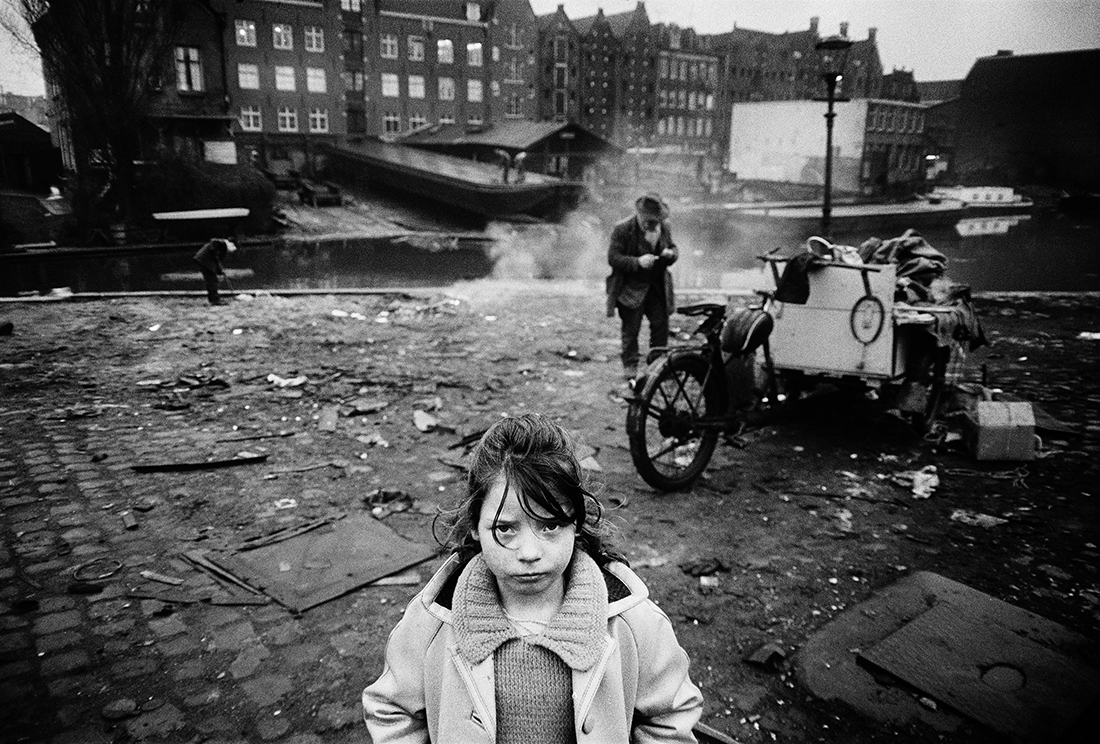