FLASHBACK to 1975: Keith Richards Wearing a T-shirt asking “Who The F*** Is Mick Jagger?” during the Rolling Stones’ Tour of the Americas. 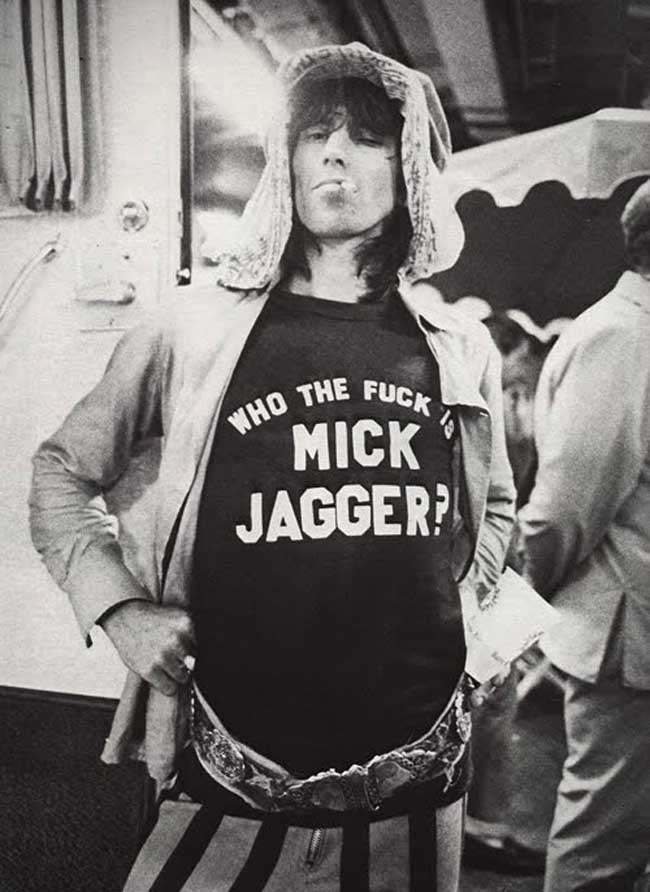 Spotter: YimmyYayo and Lomogrpahy. No copyright attributed. (if it is yours, please get in touch an we will remove it.) 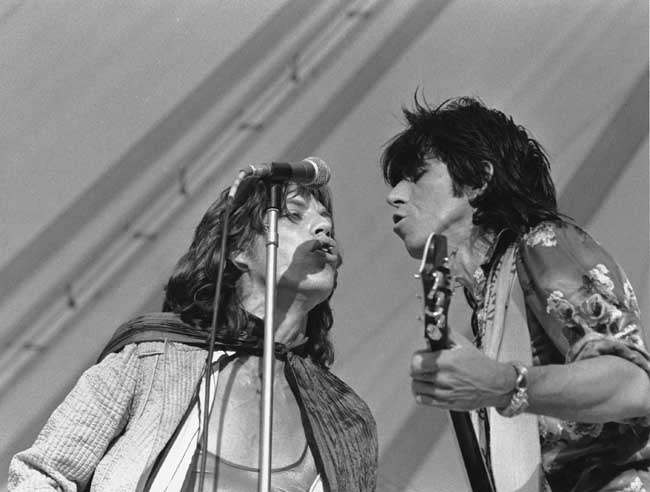 Mick Jagger, left, and Keith Richards, members of the rock group Rolling Stones, are shown during an evening concert at the Cotton Bowl in Dallas, Texas, on Sunday, July 6, 1975. The crowd attendance was estimated at 50,000 fans. (AP Photo)