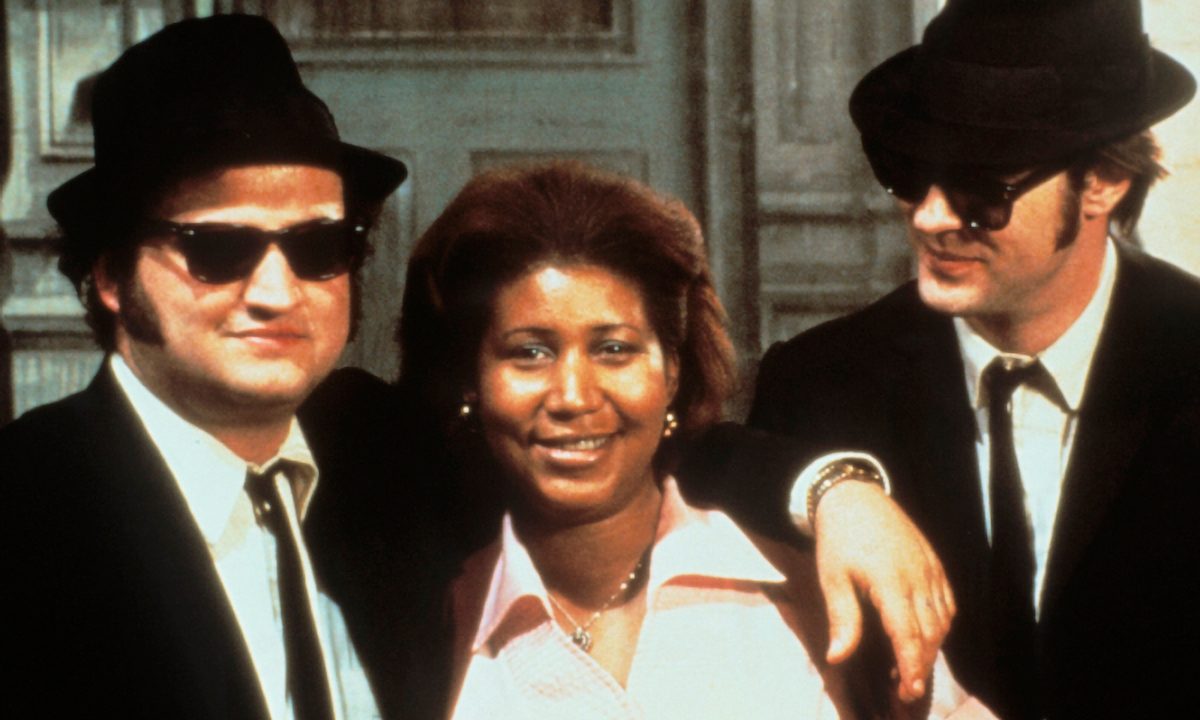 John Belushi formed his first band, the Ravens, in 1965 in his Chicago hometown, playing drums and singing. They released one single, then folded, and he went on to focus on comedy. In hindsight, he made the right move, but as was also clear to everyone who followed his incredible career—with all its excesses and tragic early end—Belushi had what it took to be a great musician. His musical parodies, most notably of the good-humored Joe Cocker, were brilliant in their own right as real performances. His mimicry belied real talent and taste. He was, writes Rolling Stone, “the first rock and roll star of comedy—a touch of John Lennon soul behind all that Keith Richards pirate bravado.”

Belushi’s joke band, the Blues Brothers, was good enough to go on tour (with the Stax house band backing them, naturally) and he stood up well next to  his musical heroes on the set of John Landis’ classic The Blues Brothers, released almost 40 years ago and featuring such soul, blues, and funk royalty as Aretha Franklin, John Lee Hooker, and James Brown. The stout, stocky comedian may not have looked the part, at least out of costume, but he had the instincts of real Chicago bluesman. 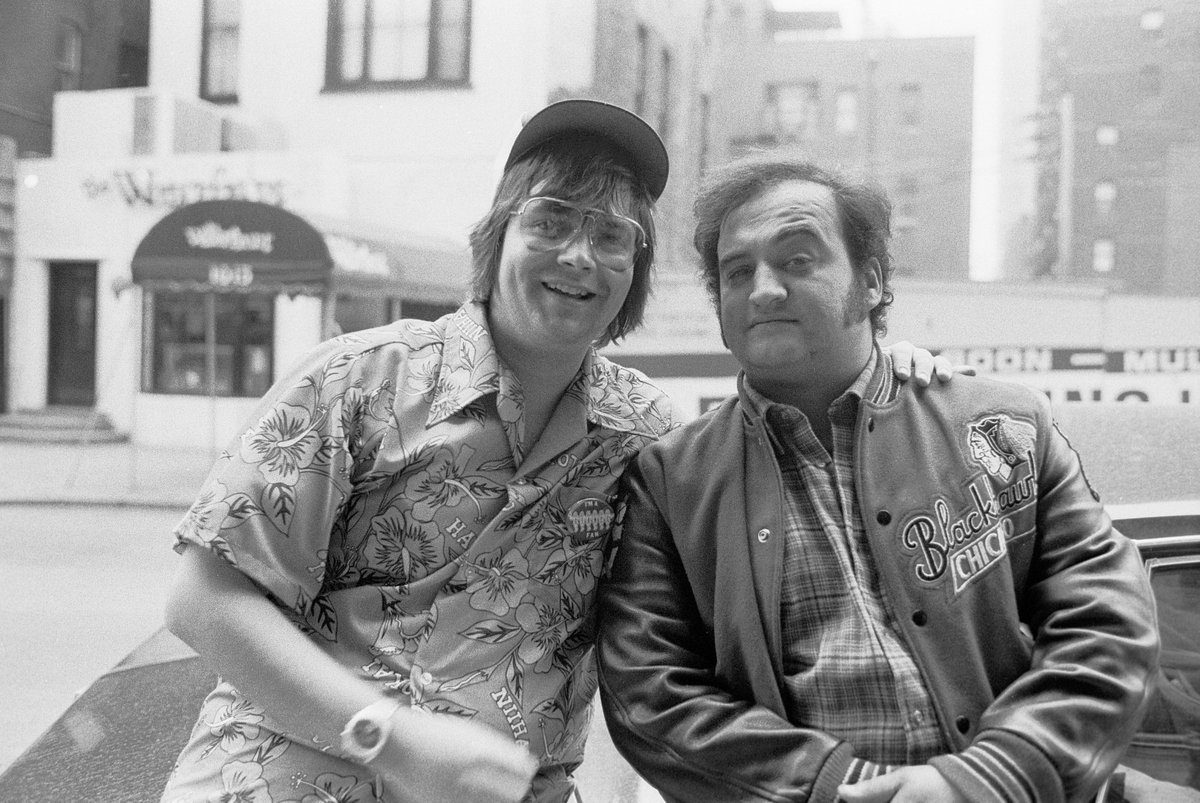 As a musician, Belushi’s early death would have burnished his reputation. On The Blues Brothers 30th anniversary, legendary Chicago DJ Steve Dahl (of Disco Demolition fame) wrote that “an artist’s death can actually become part of his mystique, like Jimi Hendrix or Kurt Cobain.” But “there is nothing funny about a comedian dying young…. Comedy can be art, but no doubt its best quality is its social relevance. Comedy is a human coping skill.”

But Belushi coped with music as much as with his one-of-a-kind brand of physical humor, throwing himself into Blues Brothers tours and any opportunity he could find to play. He even crashed a Grateful Dead show in 1980, to the consternation of some in the band, cartwheeling on stage to sing the chorus of “U.S. Blues.” Saturday Night Live gave him the opportunity of a lifetime—to hobnob backstage with his rock star idols and party with them at Studio 54. 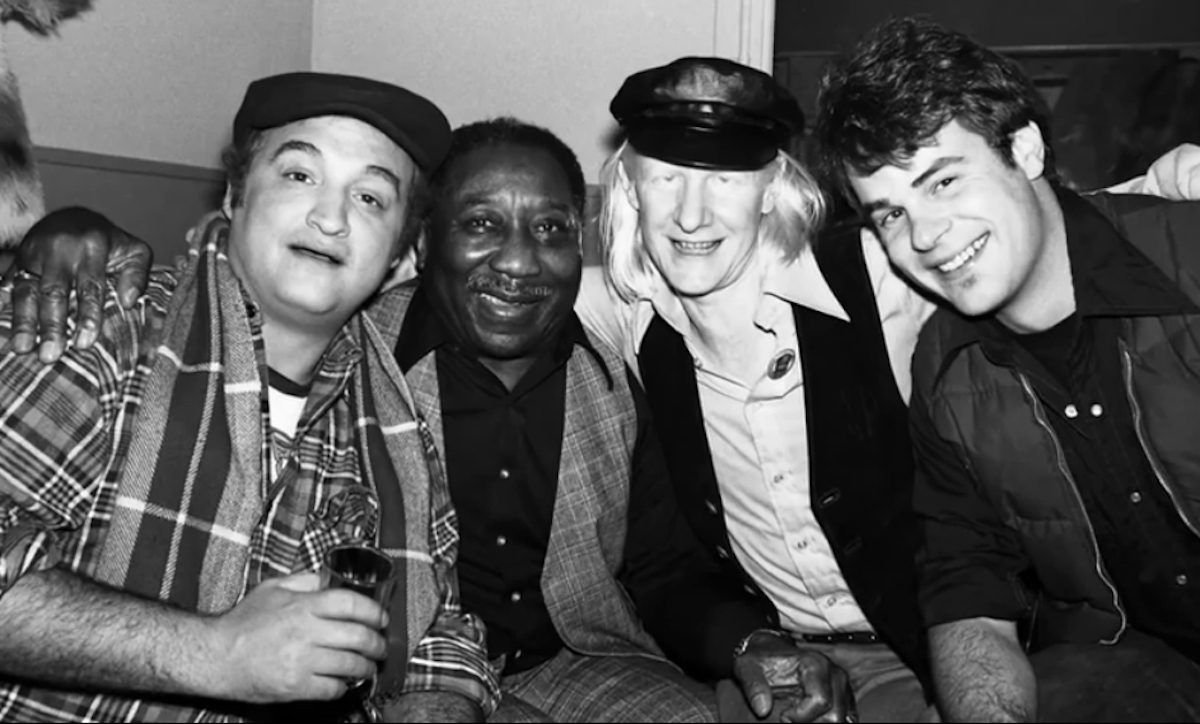 Any fan would relish the chance to hang out with Keith Richards. For Belushi, it wasn’t enough. There had to be a jam session. (Belushi, Richards wrote in his autobiography Life, “was an extreme experience even by my standards.”) SNL has had its share of musical comedians, but none of them had Belushi’s authenticity, a factor not only of his prodigious drug consumption but of his natural talents as a performer. “They just don’t make them like that anymore,” Dahl lamented. “Nobody has both the chops and the guts.”

Belushi also had the foresight to understand where music needed to go. “Arguably the first major celebrity to openly embrace the punk scene,” writes David Konow at Consequence of Sound, “he used to tell people that punk would take over the world.”

While many would find it odd that Belushi would go from the blues to punk, there are definite parallels between the musical styles. The controversial Belushi biography Wired theorized that Belushi liked punk and blues because they were made both for and by the down and out. Both genres were stripped down to their bare essences; it was the feel you brought to the tunes that made them uniquely yours.

In a now-infamous debacle, Belushi brought his favorite punk band, Fear, to SNL, along with an audience of real punks (including Minor Threat and Fugazi’s Ian MacKaye and members of Cro-Mags). Some minor damage to the studio and a few shouted profanities led producers to cut the broadcast short, but the gig led also led to another collaboration between Fear’s Lee Ving and Belushi, who tapped the band to write a song for the film Neighbors (which the studio refused to use). Produced by the great Steve Cropper, the Stax records guitarist who backed the Blues Brothers, the track featured vocals by both Ving and Belushi. 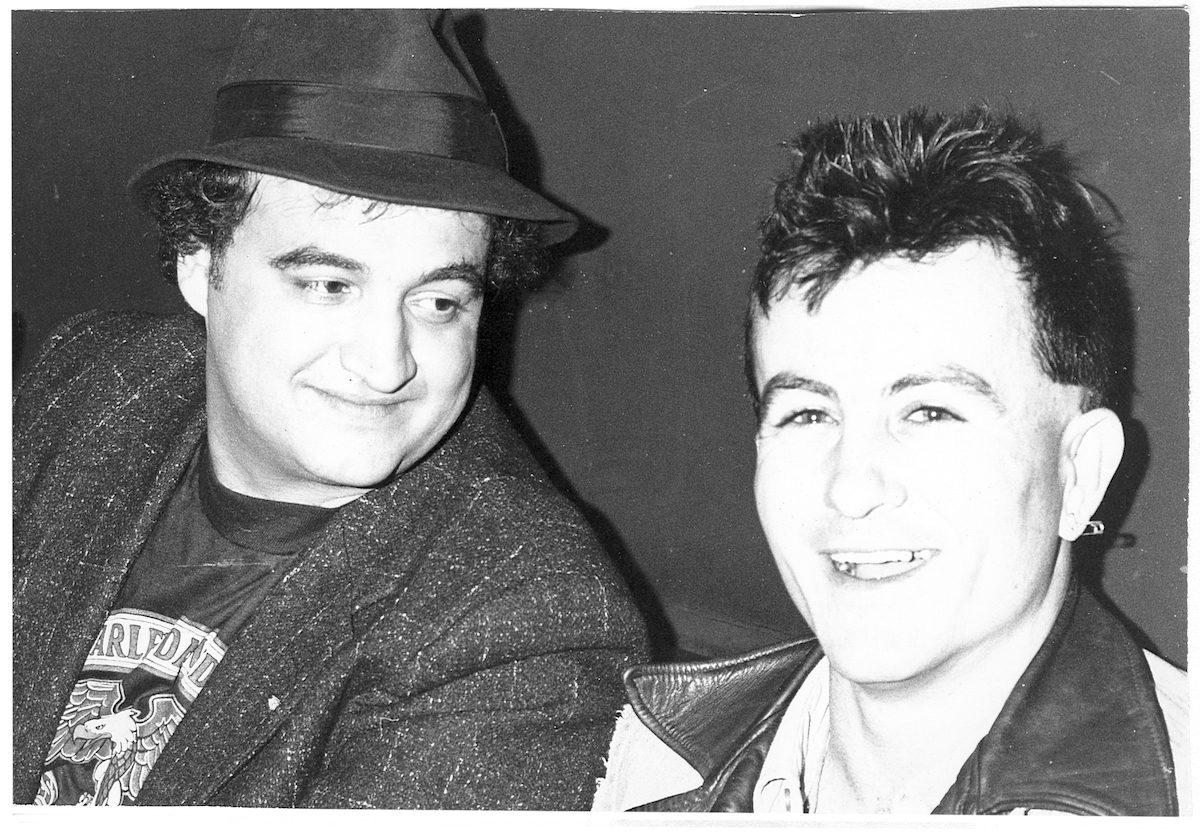 “I wanted him to sing it,” Ving remembers, “John wanted me to sing it, we went back and forth, then he finally agreed to sing, but he was such a good mimic, John sang it like I would have. It’s hard to tell which is him singing, and which is me singing.” Joe Cocker, years earlier, had said the same thing on first seeing Belushi impersonate him: “I thought John was lip-syncing it, just for the first few bars.” While he and his Blues Brother Dan Ackroyd were “accused of mimicking soul performers for profit,” as Ultimate Classic Rock writes, Belushi’s impersonations “ably demonstrated his deep affection for singers who had soul”—and showed just how much soul—and raw musical talent—the comic genius possessed. 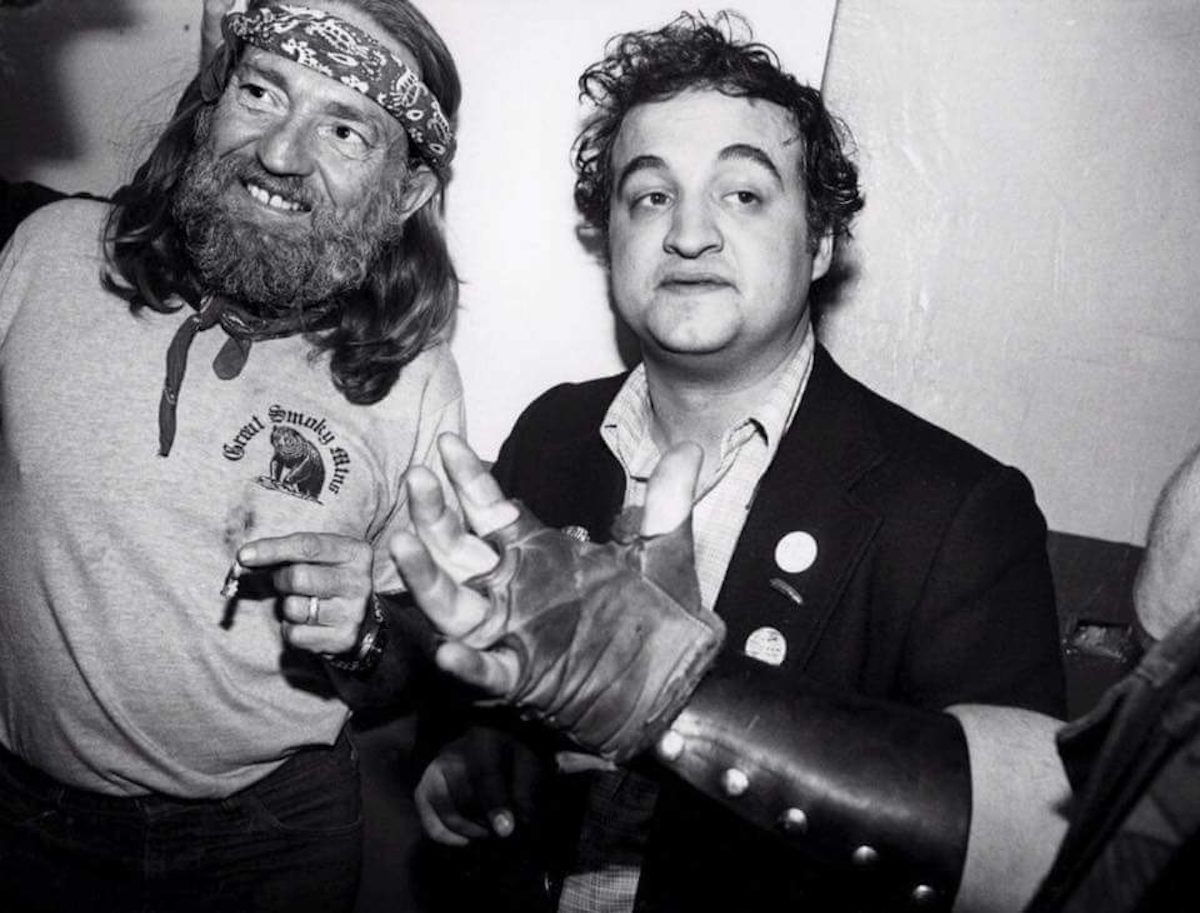 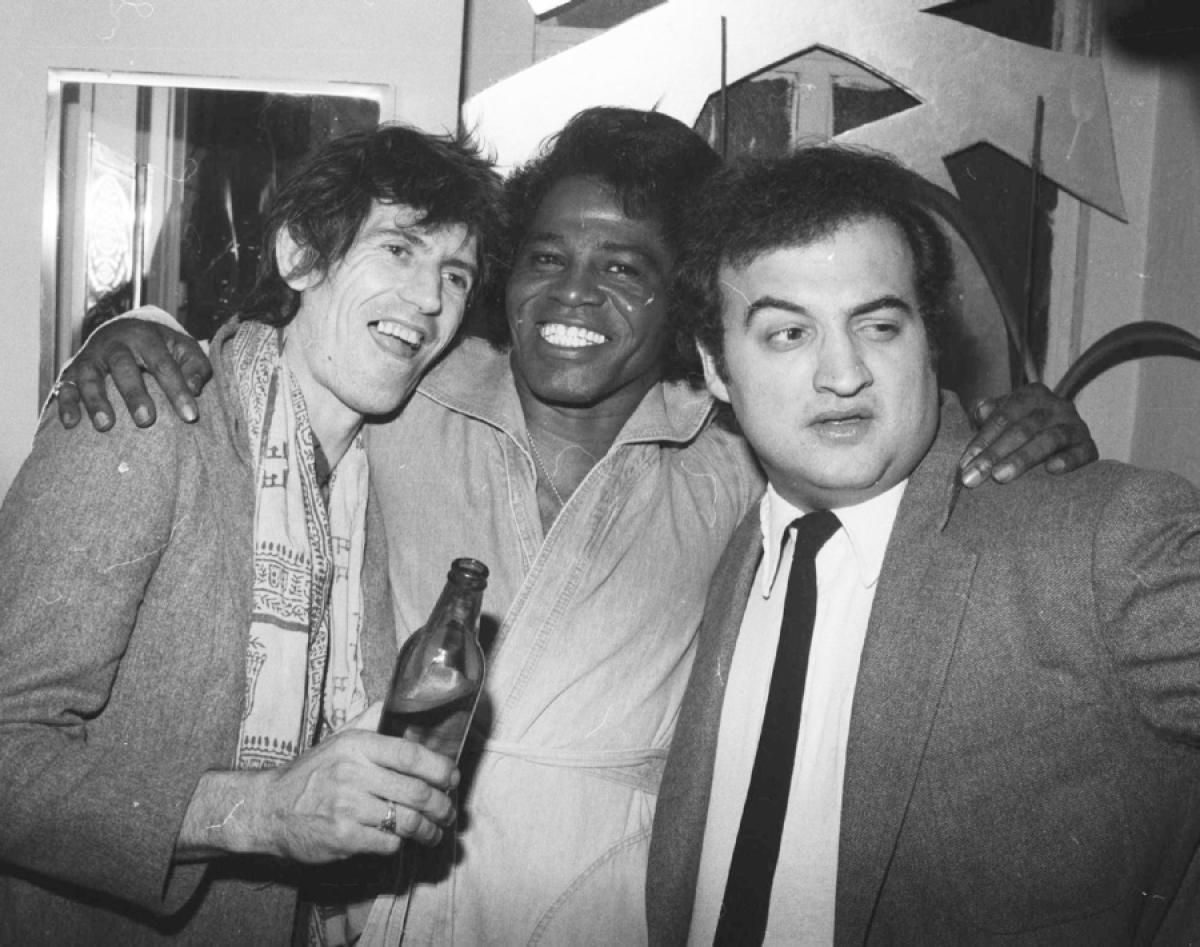 Partying with Keith Richards and James Brown at Studio 54 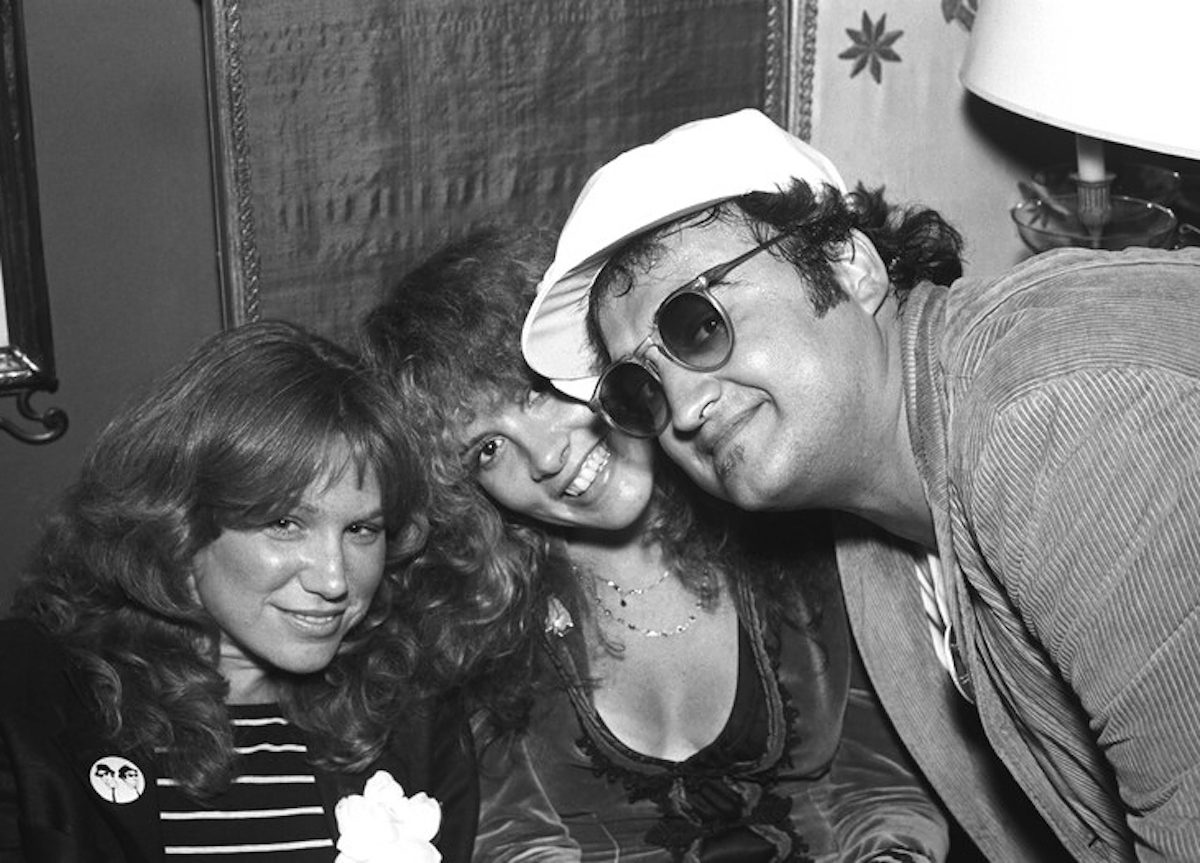 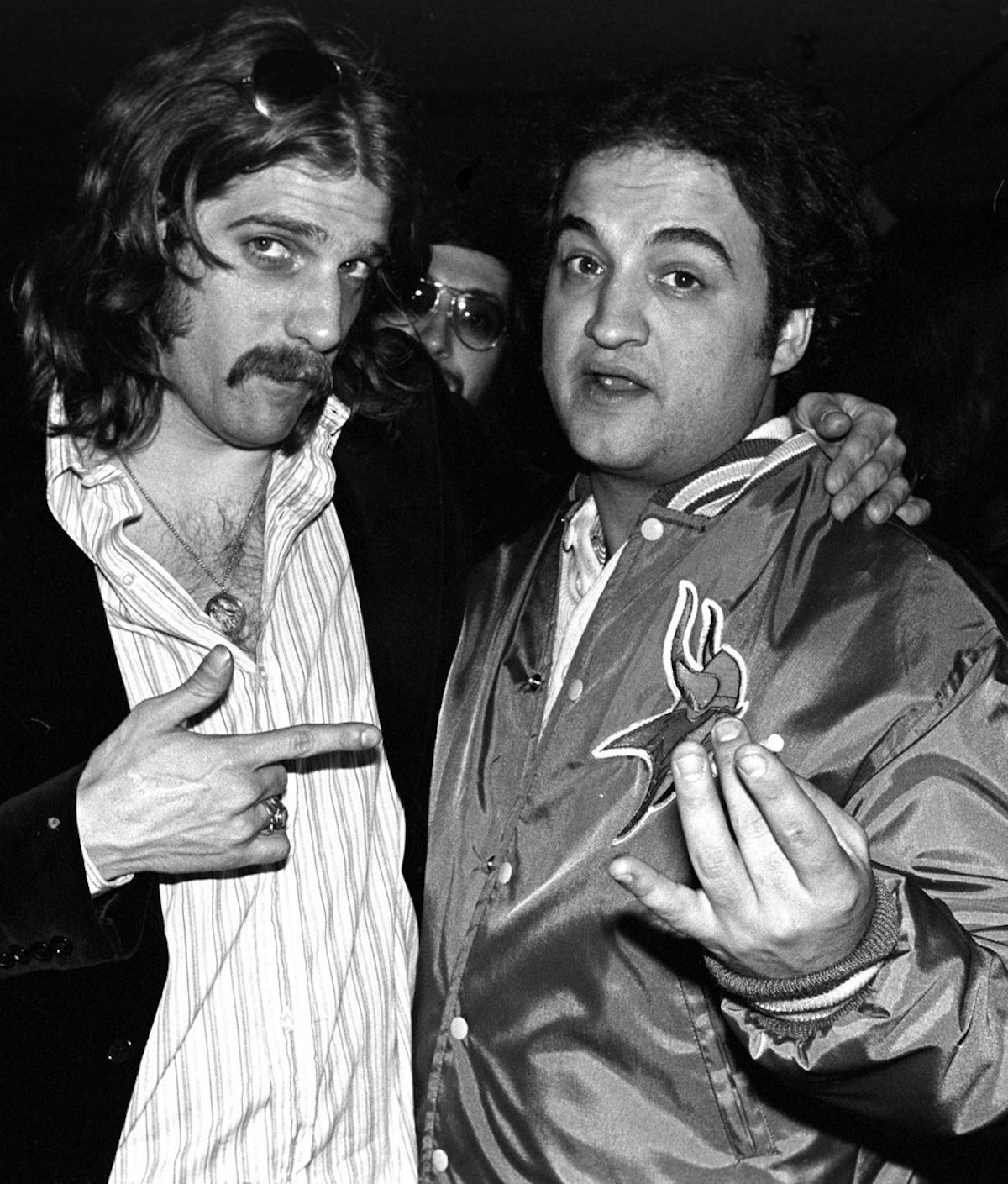 Belushi hangs out with The Eagles’ Glen Frey 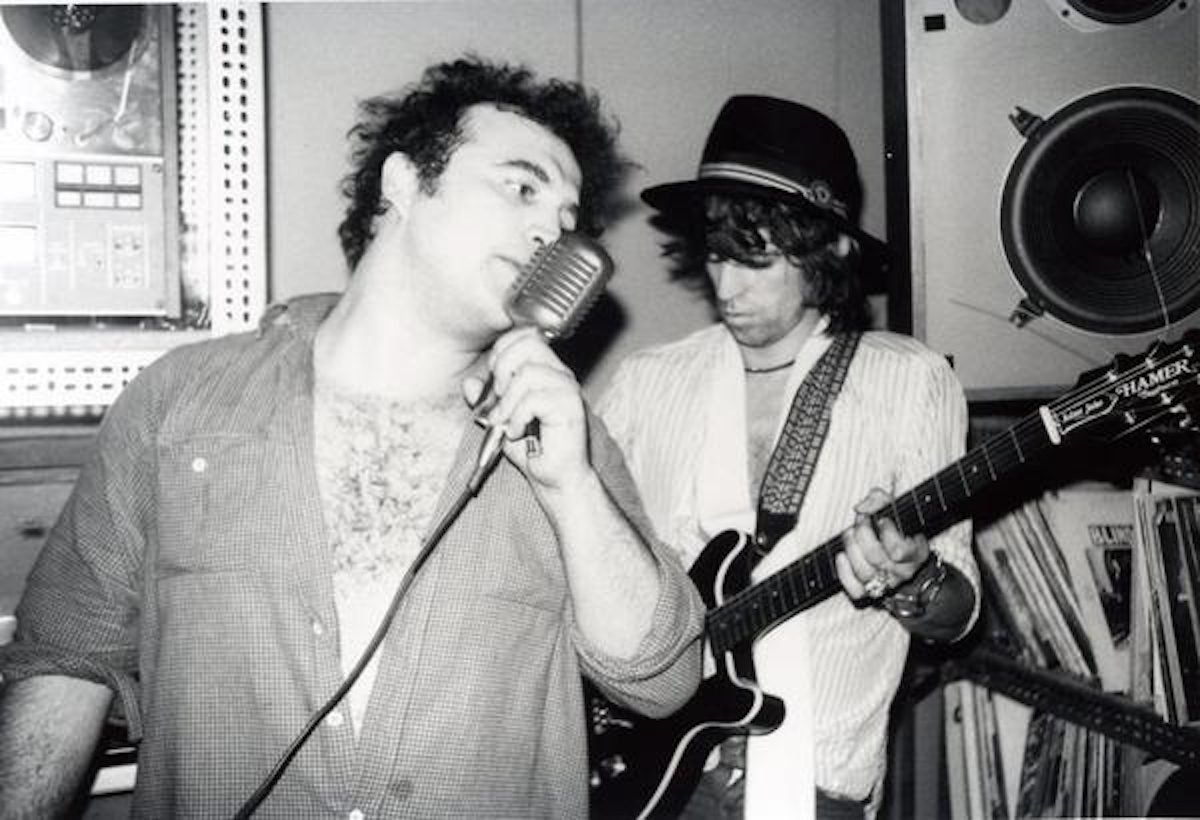 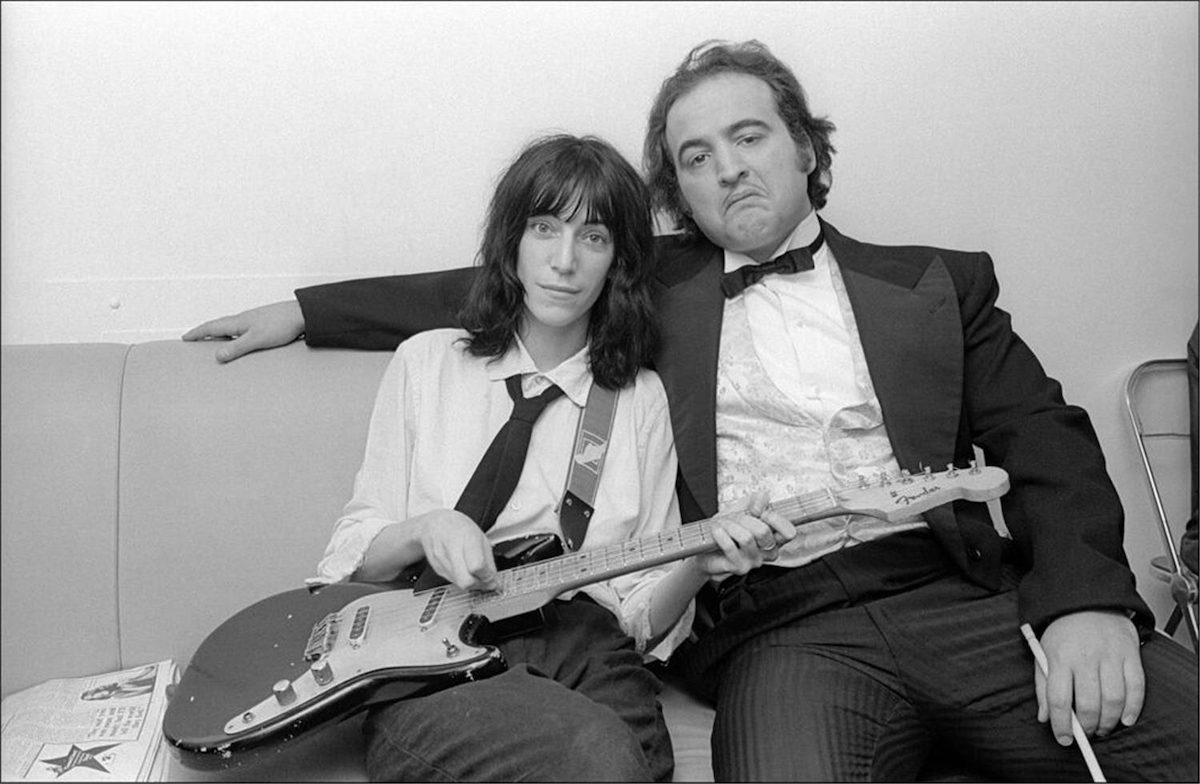