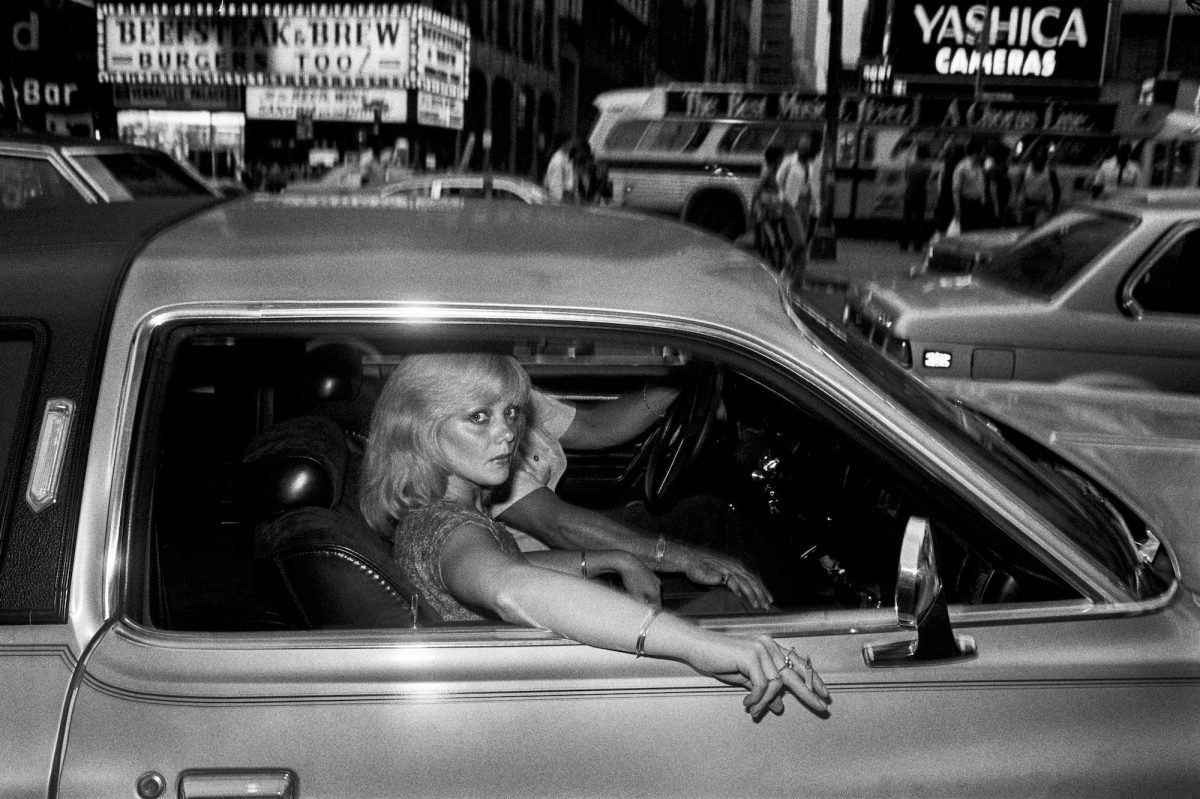 Street photographers are a dime a dozen in a post-Warhol world, and everyone’s the star of the show. But street photographers are a far rarer breed who can turn the everyday into what Mike Leigh’s Topsy Turvy called scenes “rich with human emotion and probability.” Walking streets already rich in emotion and probability doesn’t hurt. Legendary New York street photographer Bruce Gilden walked the best of them in the 70s and 80s—the squalid, vibrant New York in the decades before Reaganomics trickled down to street level and wiped out its local culture. 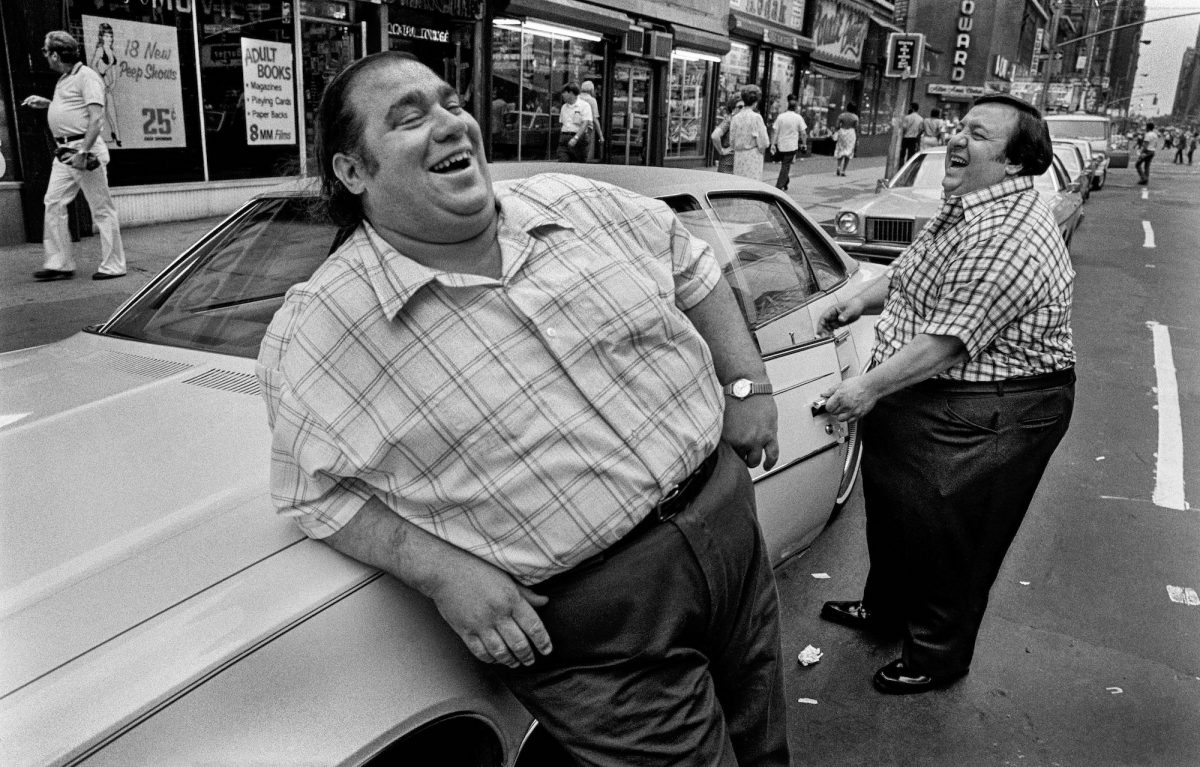 Gilden’s photos could be frames from Mean Streets or Dog Day Afternoon. Perhaps it’s no mere coincidence that he once drove a cab in the seventies. He was born in Brooklyn. His father, Gilden tells Tom Seymour at Wallpaper, was a “mafia-looking figure with pinky rings, thick hair, hats, big cigars… a tough guy, a streetwise guy.” Largely self-taught, he was inspired to become a street photographer after seeing Michelangelo Antonioni’s Blow Up in 1968. 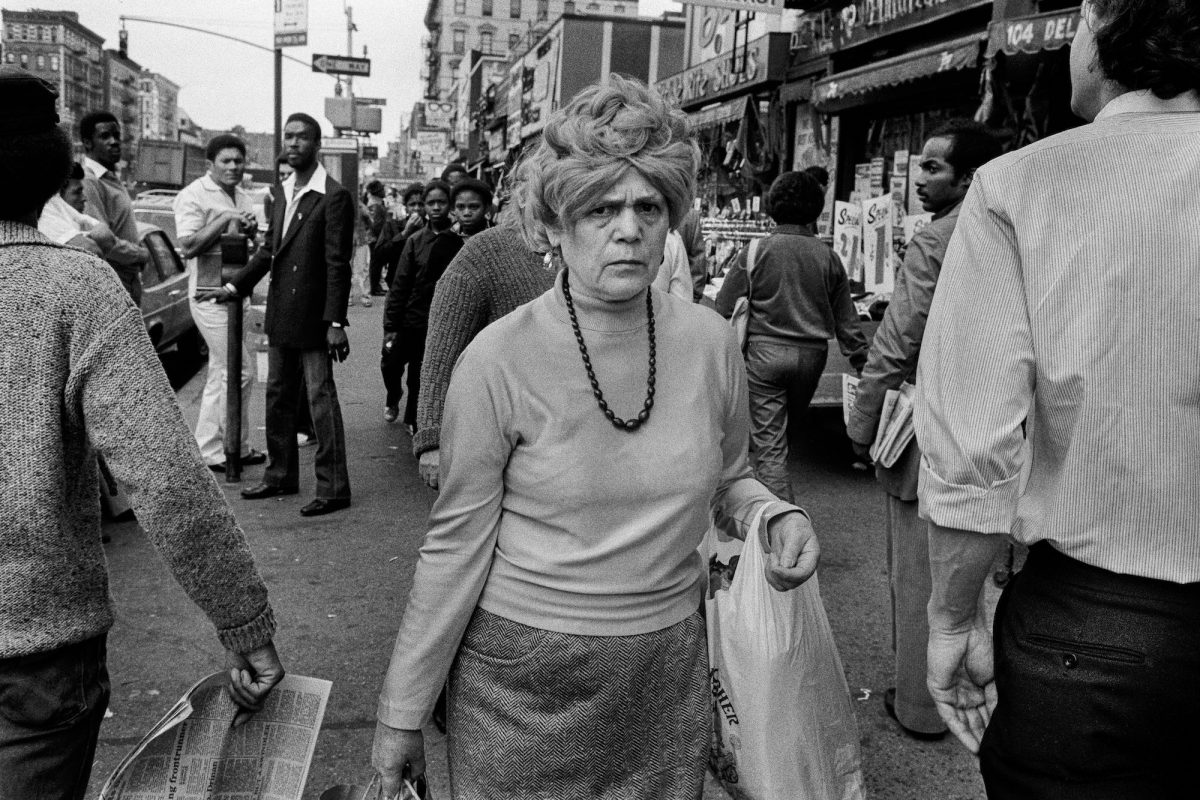 Comparisons to Scorsese write themselves. Both figures had the great fortune to not only intuitively understand composition, but also to grow up in the golden age of only in New York, a hackneyed phrase that used to mean something. Characters beautiful and strange, frightening and unforgettably haunted, emerged organically from the city, bussed in from the hinterlands, flew in from all over the world.

“New York was the most international place in the world,” Chris Wiley writes at The New Yorker: “a megacity of bizarre and striking characters.”

He wasn’t motivated by glitzy commissions or solo exhibitions or seeing his name in magazines. He shot on the streets for reasons entirely his own. It was, he says, a compulsion. ‘You have to try. Even if you’re not feeling well, you’re trudging. It is hard. But you continue to do it.’

Gilden startled his subjects out of their composure, famous for his aggressive use of a flash and his proximity. “I’m known for taking pictures very close,” he says. “I’m definitely a bulldog.” His portraits can feel like Scorsese in miniature. We must fill in the details ourselves. “All of the archetypes present themselves for roll call: the two-bit hustlers, the hard-knuckled mafiosos, the spinsters in their smocks, the poor and the beaten down, the unconscionably rich…”

In most cases, we’ll never know the story, and neither does Gilden. An exception is one of his most surreal photos, which he calls “The Strangler.” “It’s one of the few pictures where I can remember the scenario,” he told Post photo editor Olivier Laurent. “these two guys were having this battle in the street. They were so drunk and one had his hand on the other’s neck for a minute.” 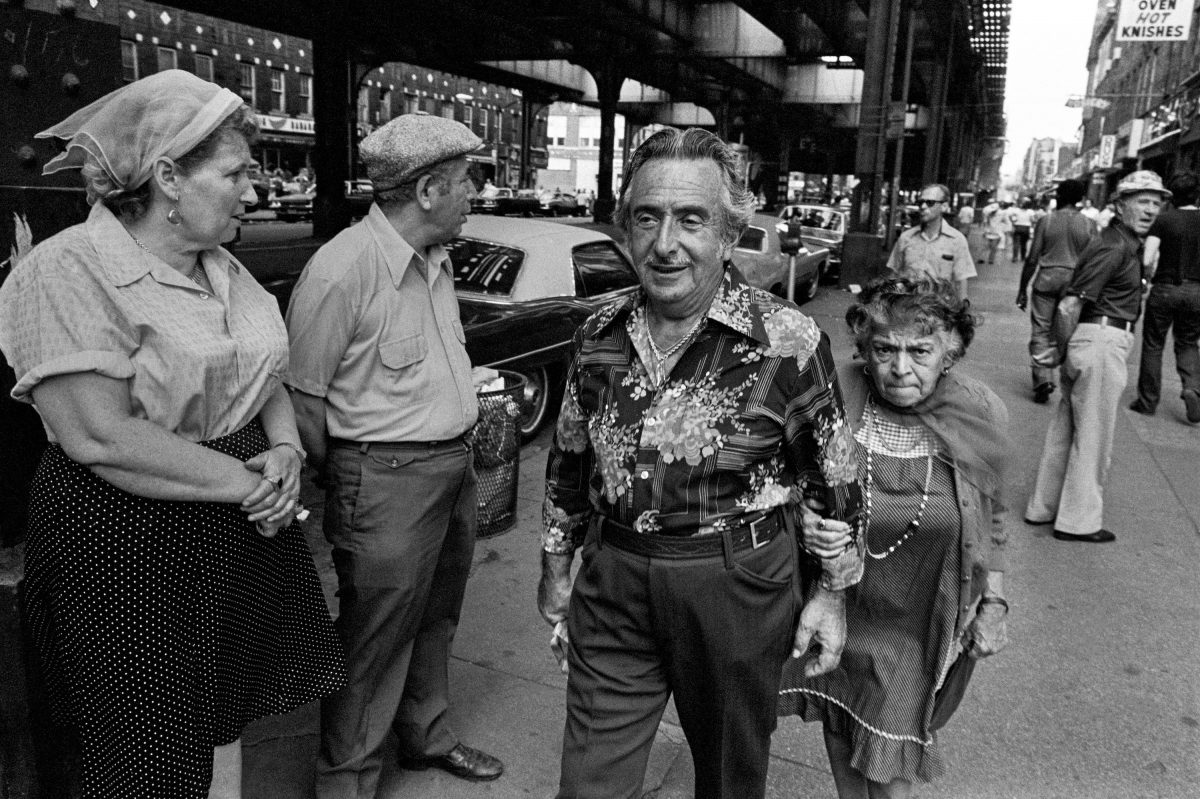 This photo and hundreds more disappeared into Gilden’s archive for decades until he went back through his negatives recently. The result of that rediscovery, Lost and Found, is “an old book of sorts,” Wiley notes, one showcasing the kind of photography Gilden was already moving away from when he shot many of these images. It is also a poignant reminder of how street photography at its best is always a collaborative art, requiring the enthusiastic participation of the streets. 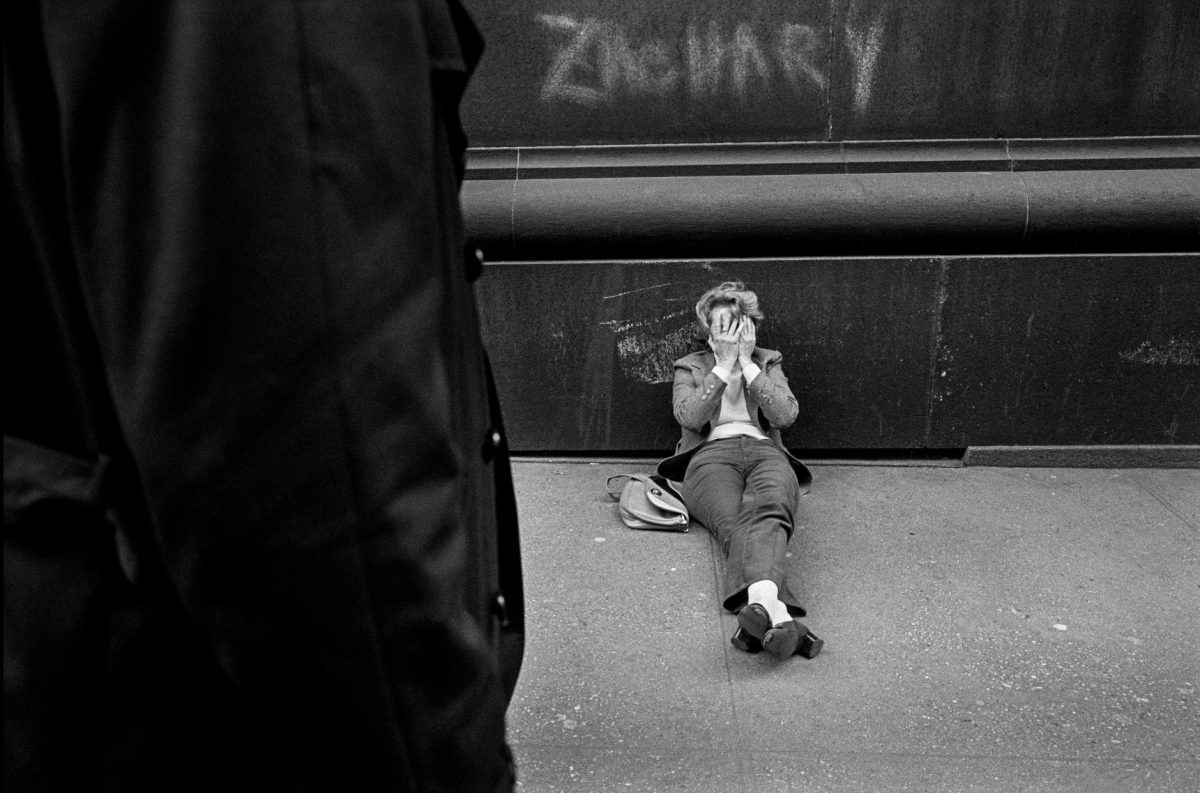 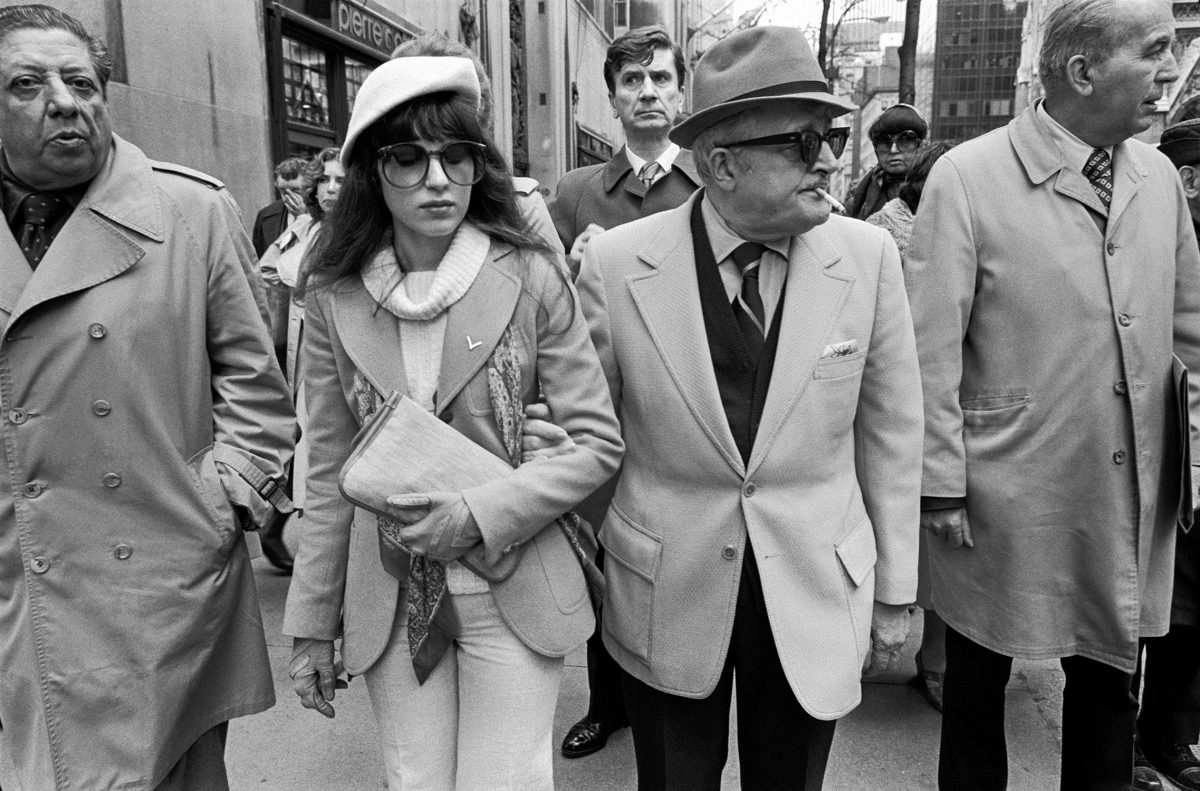 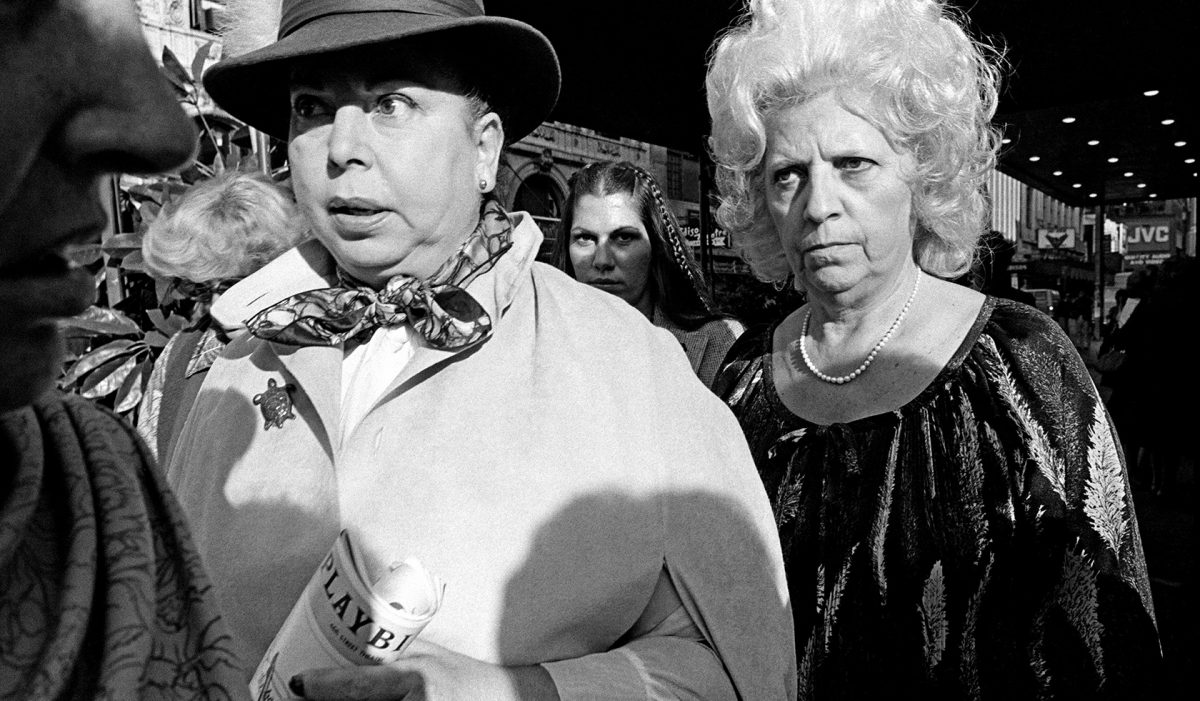 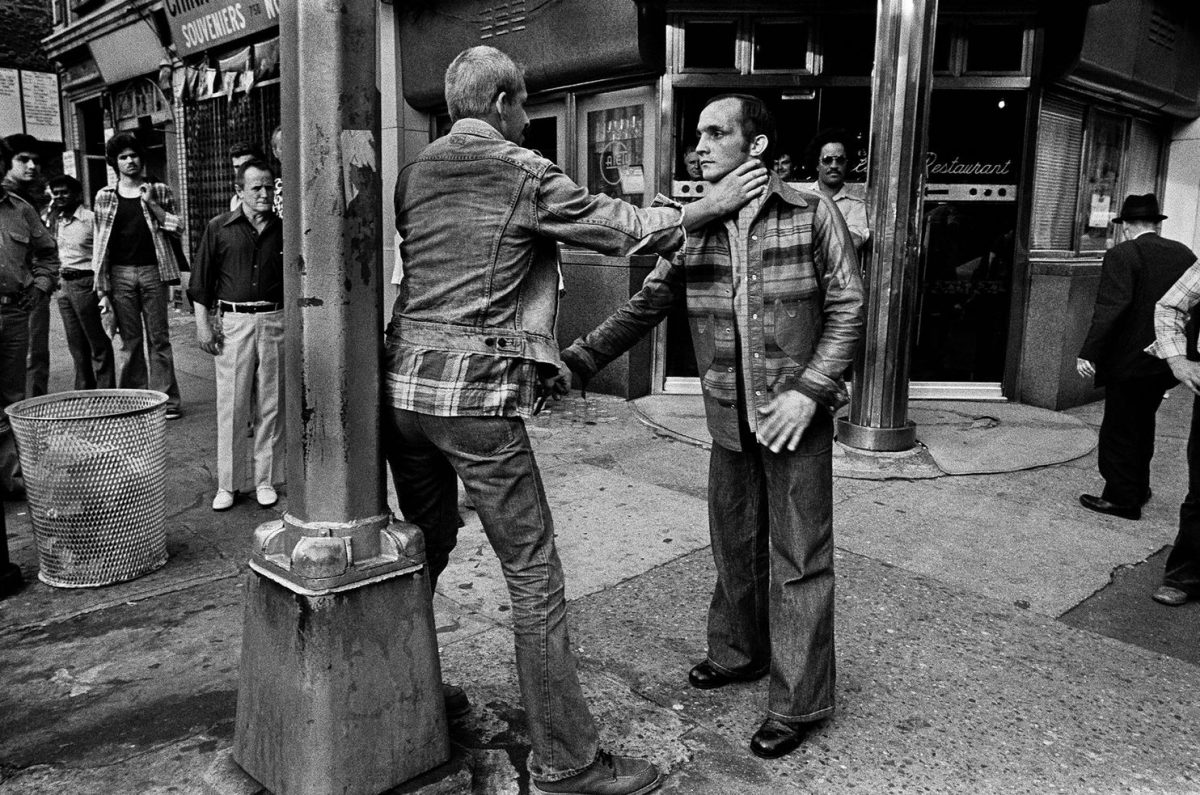 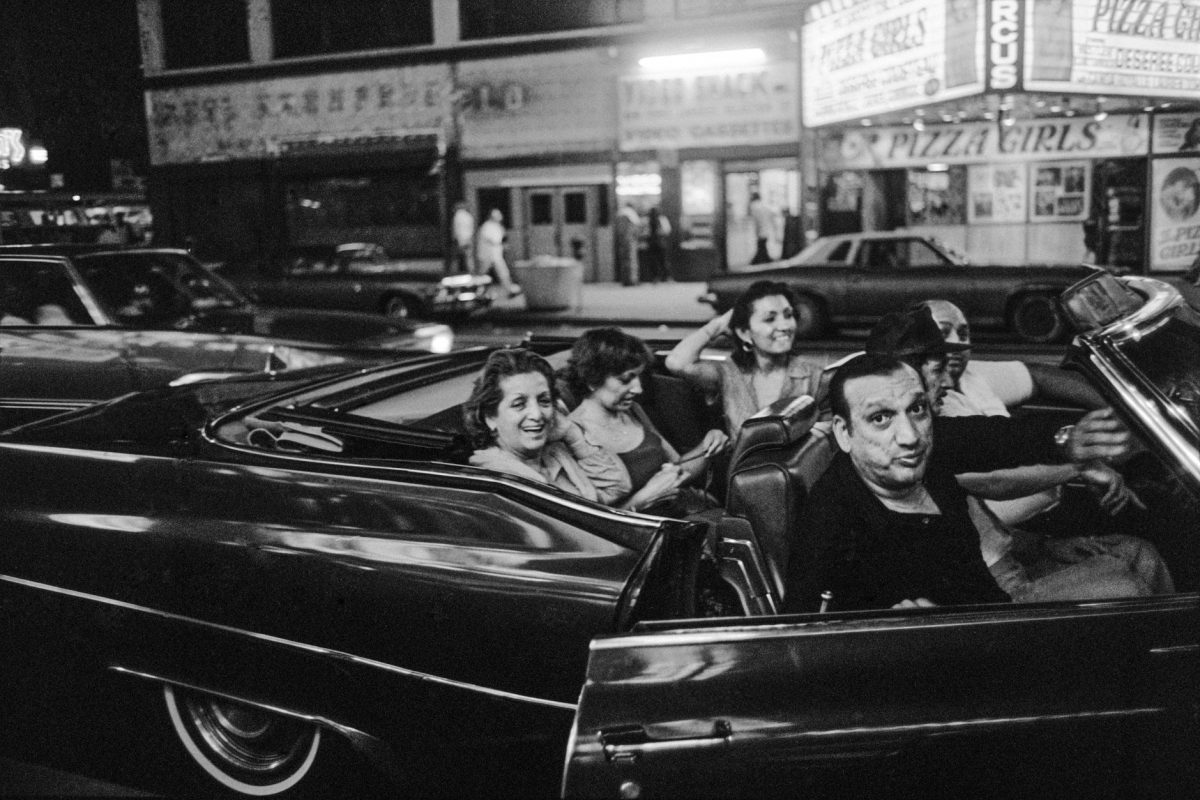 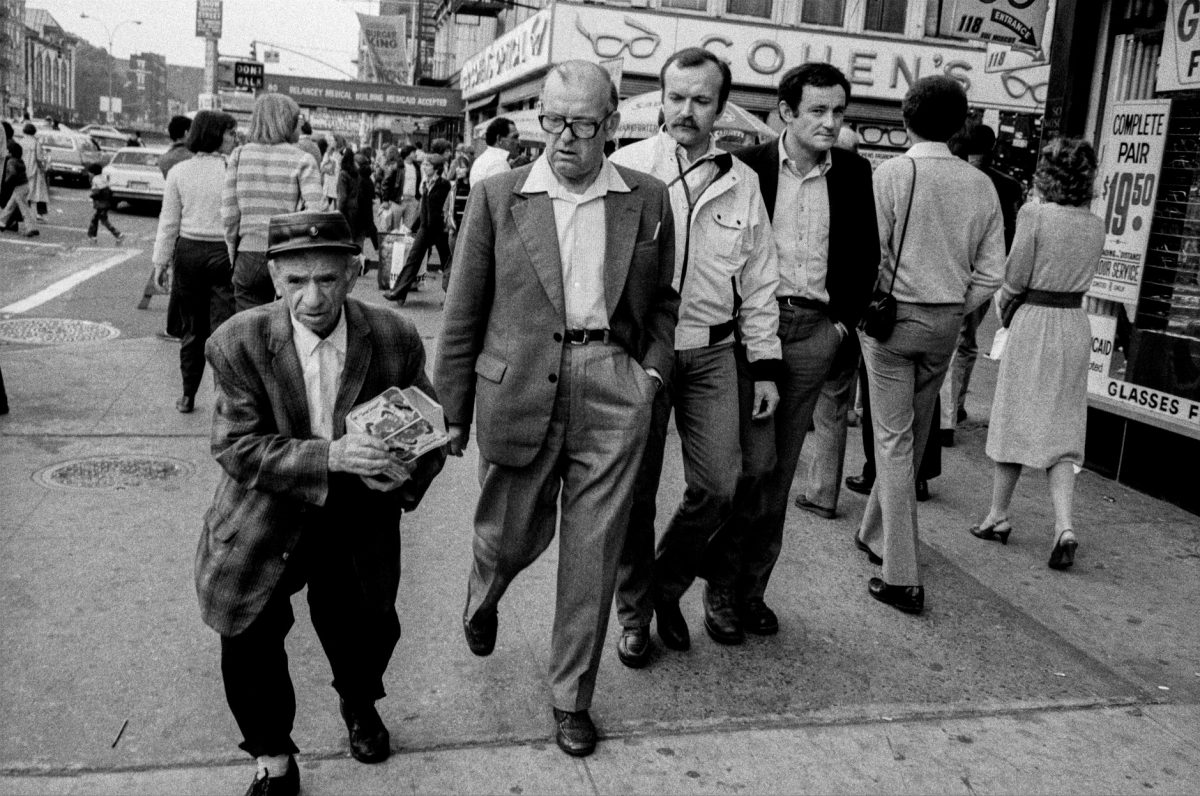 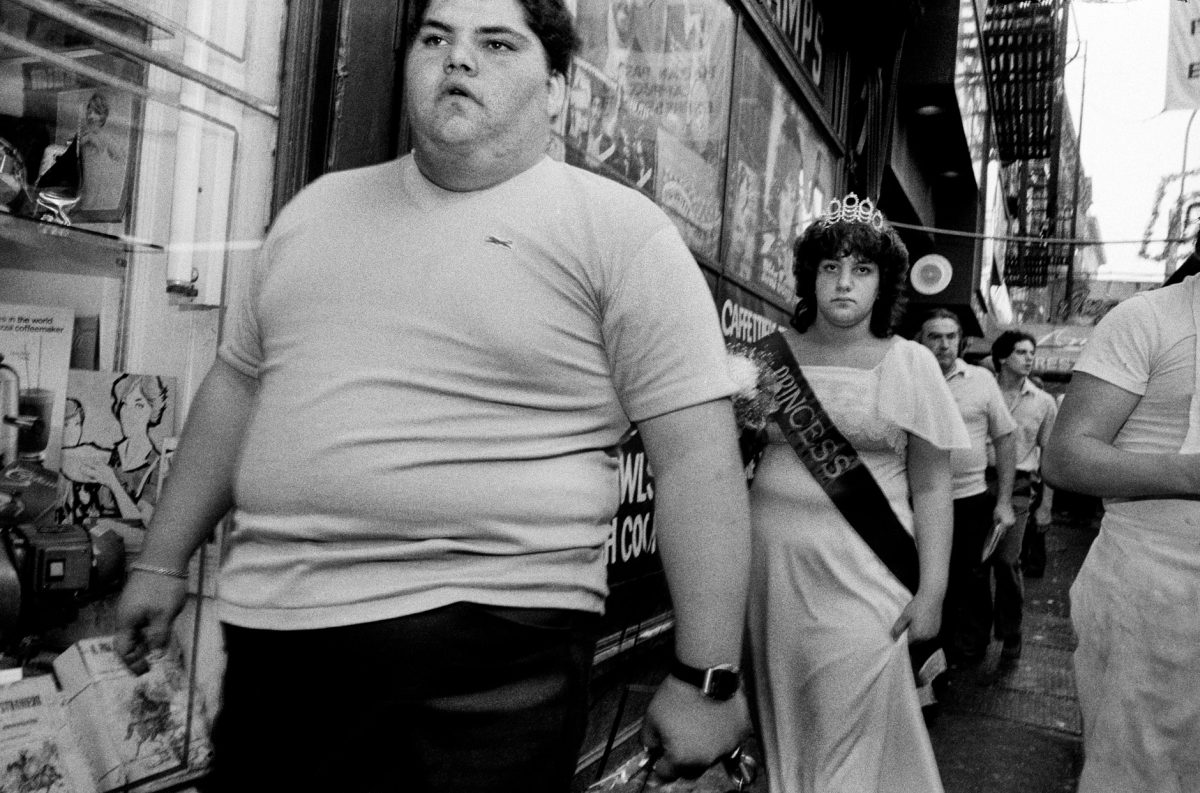