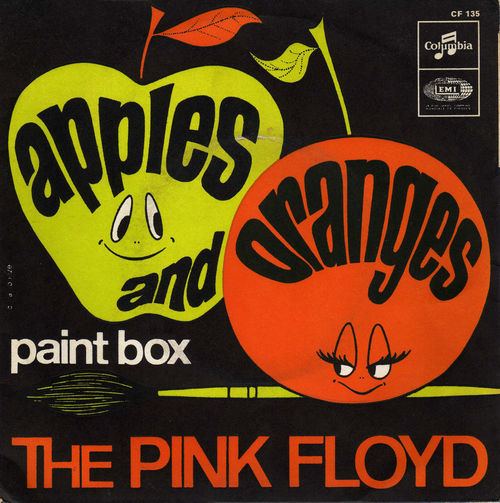 THE problem with songs about food is that, well, they’re never really about food.  Tasty as brown sugar is, the Stones weren’t really singing about sucrose.  And when Robert Plant sings “Your custard pie, yeah, sweet and nice. When you cut it, mama, save me a slice” he’s not talking about pastries.  You might say it’s a time honored tradition for rock and pop musicians to use food as symbols of sex and drugs.

We certainly can’t go through them all, so let’s narrow it down and focus just on songs with fruit in the title.  Here’s a playlist that not only is interesting and fun, but also rich in Vitamin C.

1. “Apples and Oranges” by Pink Floyd

The setting is the produce section at the grocery store; however, apples and oranges are also an allusion to the differences between Syd and a girl he sees there (who, according to Syd himself, he’d been stalking for hours).

In this video, Floyd makes an appearance on American Bandstand.  Syd looks absolutely stoned out of his mind, and you can tell the cameraman takes care to avoid him as much as possible.

2. “I Am a Tangerine” by Tommy James and the Shondells

Tommy has admitted that he was hopelessly wasted when he wrote this song, and that it makes no sense whatsoever.  Don’t go reading clever allusions and metaphors into this one, folks.  When Tommy screams “Hello Banana”, he was genuinely introducing himself to a piece of fruit.

3. “Peaches’ by The Stranglers

“Peaches” is a simple song about walking up and down the beach staring at the ladies.  However, the fruit acquired a gynecological connotation by the line:

“Will you just take a look over there. Is she tryin’ to get outta that clitares?

“Clitares” being a French word for bathing suit, and I’m sure The Stranglers were well aware of how the word would get misinterpreted.  Clever bastards.

Led Zep were no strangers to fruity music – let’s not forget “The Lemon Song”.  Page wrote this one during his Yardbirds days, purportedly about singer-songwriter Jackie DeShannon.  The false start at the beginning begat an interesting urban legend – that the intro was the remnant of the “the greatest song ever recorded” but the tape was destroyed, and both Plant and Page couldn’t remember how it went.  This snippet at the beginning (not in the video above) is all that remains.

It’s total bulls**t, but nonetheless it’s an urban legend that should be fostered and encouraged.  Of course, when it comes to fruit-centered urban legends, nothing will compare to the “Cranberry Sauce/I Buried Paul” conspiracy. 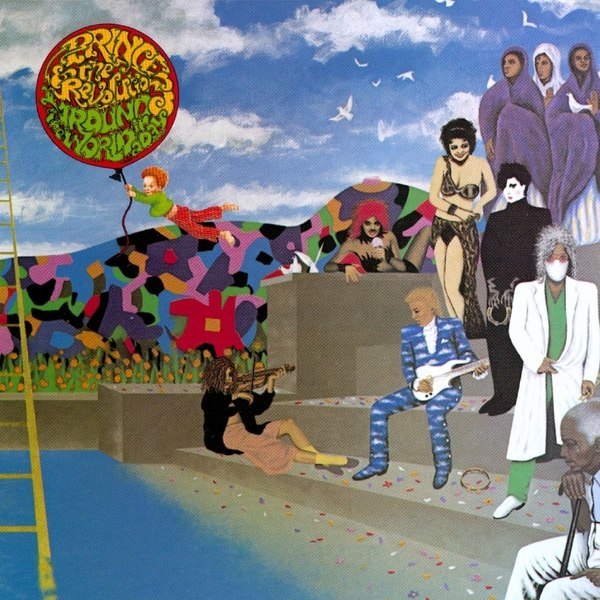 Theories abound regarding the meaning of this song.  Many feel it’s just a simple story about a young nobody who becomes captivated by a woman who enters the store where he works.  Prince was under fire from Tipper Gore over his racy lyrics for “Darling Nikki”, so he wanted to tone things down a bit. But the fact that the store is owned by “Old Man Johnson” belies a dirty subtext.  After all, this is the same guy that brought you “Soft and Wet” and “Cream”.

So, what does it mean?  Some think the “raspberry beret” refers to an uncircumcised penis.  Others say it’s menstrual blood.  I say this is may be best left unanswered.

6. “Blackberry Way” by The Move

Very much in the vein of “Penny Lane”; sort of a downbeat answer to the peppy McCartney classic.  Personally, I cannot get past the “ooh-wah” bridge (at about the 1:45 mark in the video) which is lifted directly from Harry Nilsson’s “Good Old Desk”.  It’s stolen so exactly, the song is ruined for me.

Speaking of plagiarism, “What I Like About You” by the Romantics features a guitar riff pretty damn similar to Diamond’s “Cherry, Cherry”.  Of course, there’s always some borrowing and cross-pollination in pop music.  In fact, you could argue “Cherry, Cherry” owes some of its melody to “Dirty Water” by The Standells.

Whatever its roots, I’m inclined to agree with Rolling Stone in calling this one of the greatest three-chord songs of all time.  You’ll notice no horns or drums; that’s because this hit was actually a demo version.  Adding drums, horns and other polish detracted from the energy, so they kept the original.

I could have ended this playlist on top with “Strawberry Fields”, “I Heard It Through the Grapevine” or “Blueberry Hill”.  Instead, I’ll invalidate the entire premise of this article and offer up a song without any fruit at all in its title.   The band’s name is certainly fruity enough, though.  Grapefruit was of the hallowed 60s tradition of bands naming themselves after fruit (ex. Moby Grape, The Lemon Pipers, Strawberry Alarm Clock… not to mention Apple Records).  In Grapefruit’s case, John Lennon actually named them after Yoko’s awful 1964 book.

Grapefruit’s singer is a member of the amazing Young family – the same clan that spawned AC/DC (Malcolm and Angus Young) and The Easybeats (George Young).  Grapefruit had the full support of The Beatles, but couldn’t achieve the success they no doubt expected.

You might say that everything was going peachy keen at Apple, but they wanted to be top banana, and ended up with sour grapes.

Sorry.  A fruit pun was bound to happen at some point. My sincere apologies.