APRIL 23 – what happened then: 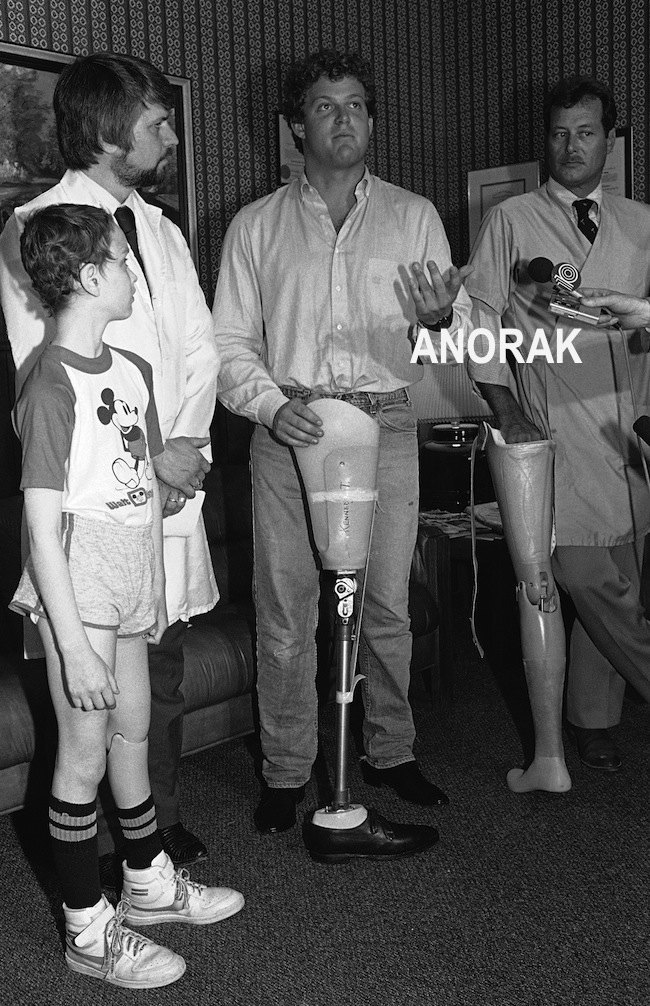 Edward M. Kennedy Jr., talks with reporters in the company of, from left, Nathan Rucker, age 11, John Sabolich and Thomas Guth during press conference Tuesday, April 23, 1985 at the office of a company that makes these artificial limbs. Kennedy and Rucker were in San Diego to be fitted with a new type of prosthetic device, designed by Sobolich in consultation with Guth. (AP Photo/Grey Vojtko) 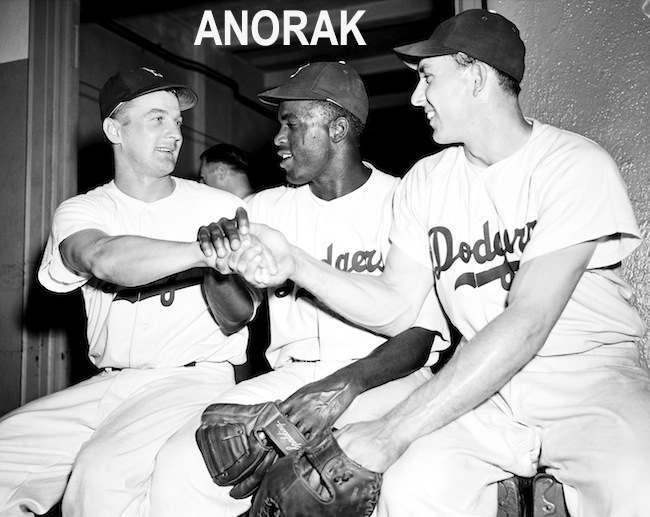 Gene Hermanski, Jackie Robinson and Gil Hodges have a triple handshake April 23, 1926 following the game in which they scored the first triple play of 1949 season for the Brooklyn Dodgers against the Boston Braves at Ebbets Field. (AP Photo) 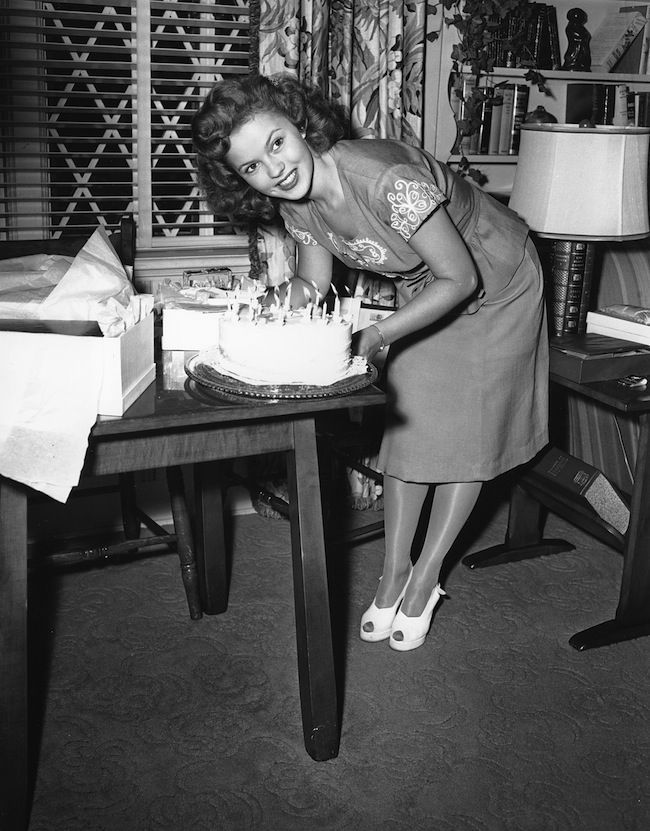 Shirley Temple celebrates her 17th birthday at her home near Hollywood on April 23, 1945. On this special occasion she donated items from her personal wardrobe, including dresses and costumes she had worn in her movies, to the United National Clothing Collection. (AP Photo) 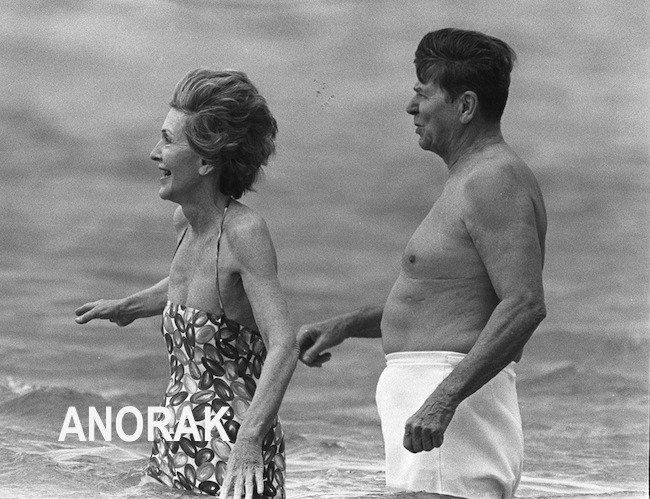 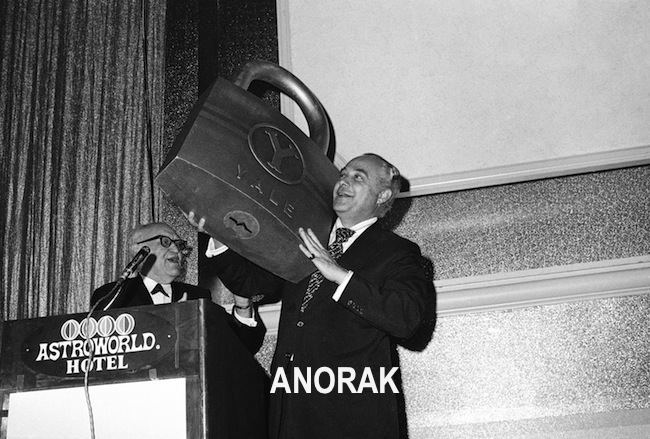 Robert Strauss, National chairman of the Democratic Party, as he received the party lock in the wake of the Watergate case at the Houston Press Club Gridiron show on April 23, 1973. Rather than the key to the city, the press clubbers thought the lock was more appropriate. The presentation was made by Master of Wit, Morris Frank, left. (AP Photo/ EFK) 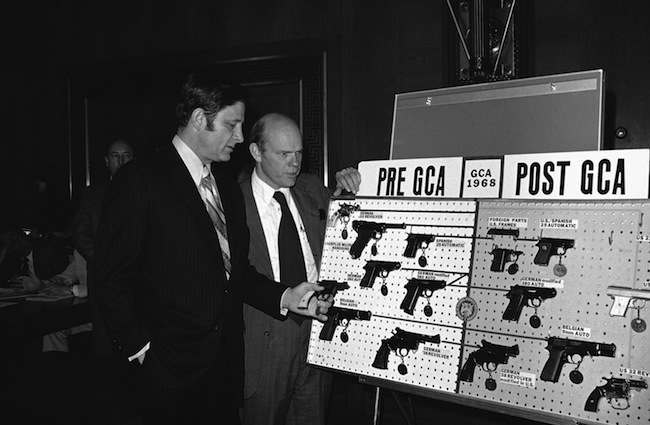 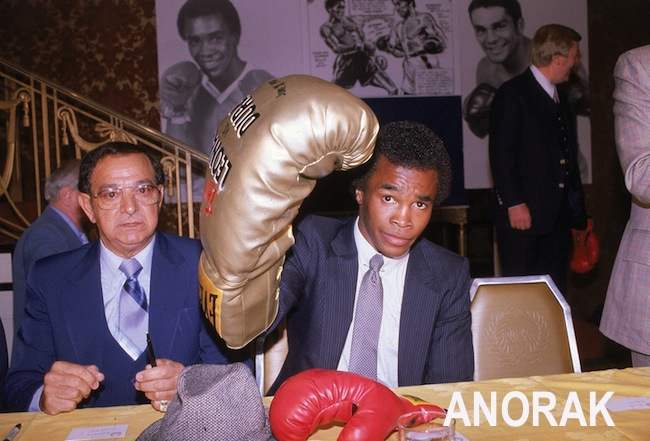 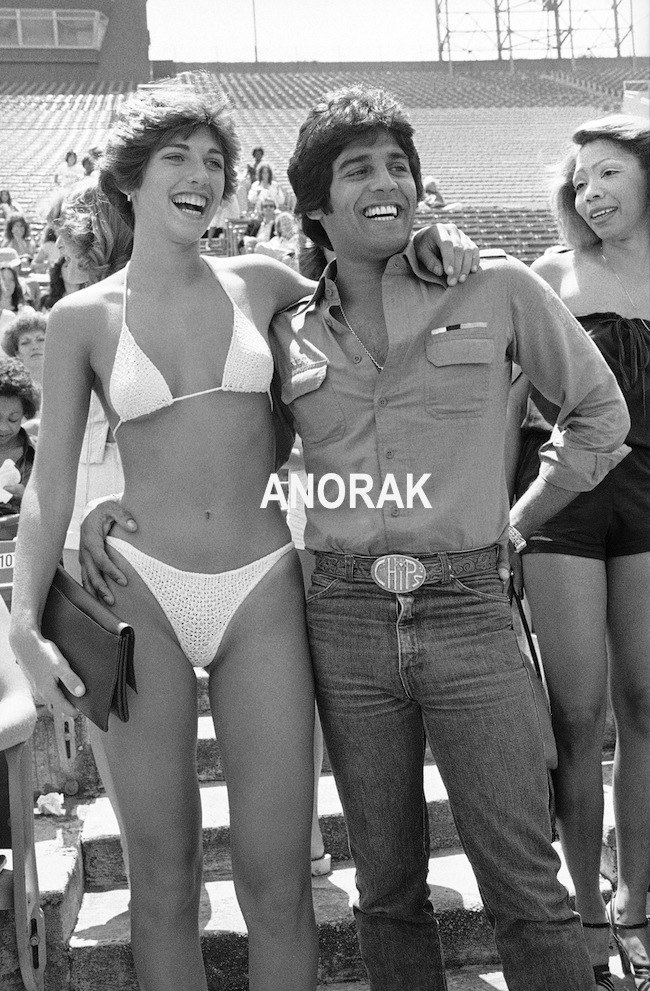 Actor Erik Estrada of the television series Chips puts his arm around Virginia Pachak, 21, from Huntingdon Beach, Calif., a contestant for the Los Angeles Rams cheerleading squad Saturday in Los Angeles on April 23, 1978. Estrada was one of 15 judges. Over 760 women tried out for the squad in the first series of audition which will end in the selection of 20 girls. (AP Photo/Lennox McLendon) 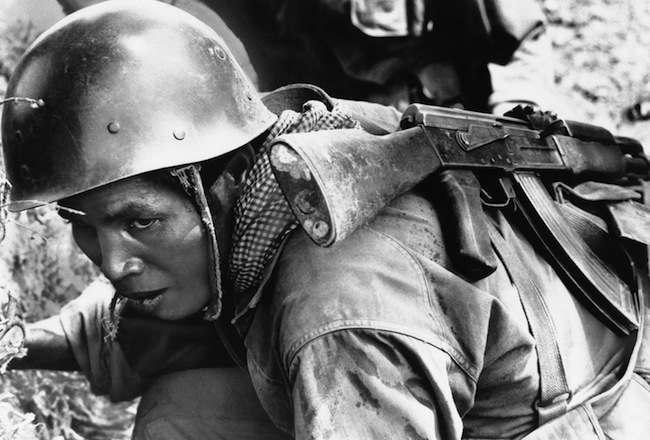 A Cambodian soldier, his weapon slung on his back, crouches under fire of his own comrades during their advance against the Viet Cong on the Cambodian town of Saang on April 23, 1970. (AP Photo/Mark Godfrey/Nash) 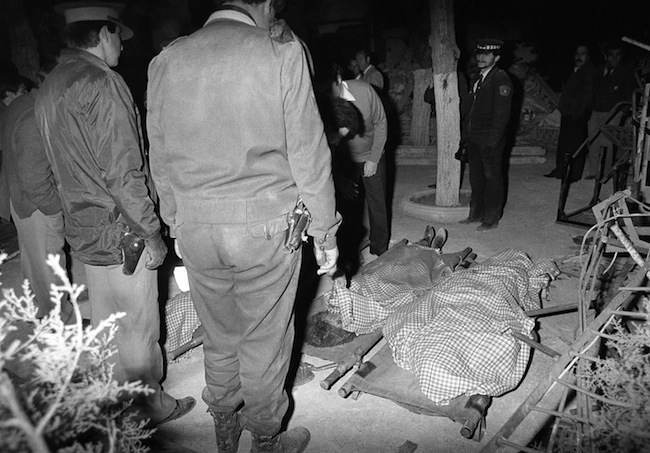 Rescue workers carry victims on stretchers out of a restaurant near Madrid on April 12, 1985 where at least 23 people were killed and another 81 injured when an explosion ripped through the building. (AP Photo/Mollard) 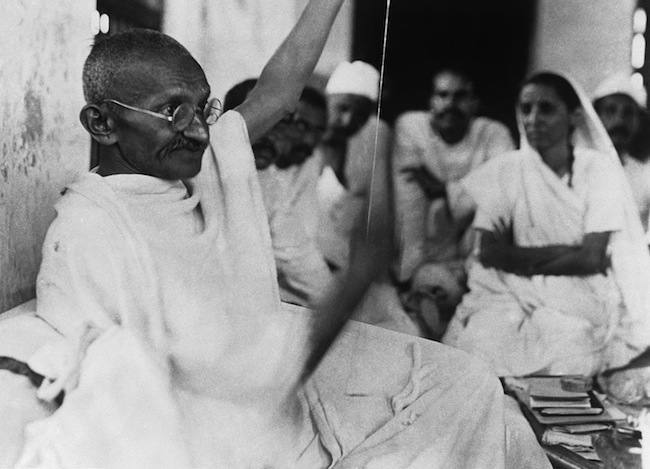 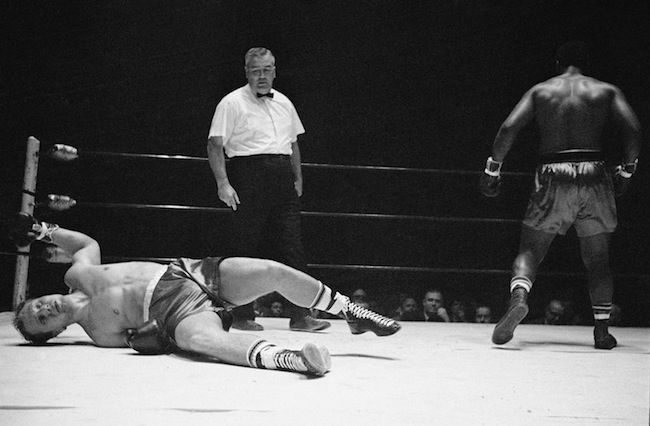 Dave Zyglewicz rolls over on the canvas as Heavyweight Champion Joe Frazier heads for a neutral corner in the first round knockout of their championship fight in Houston, Texas April 23, 1969. Referee Jimmy Webb comes in to start the count. Frazier ended ZyglewiczÂ¬Ã­ dream of glory in 1:36 of the first round. (AP Photo/Ed Kolenovsky 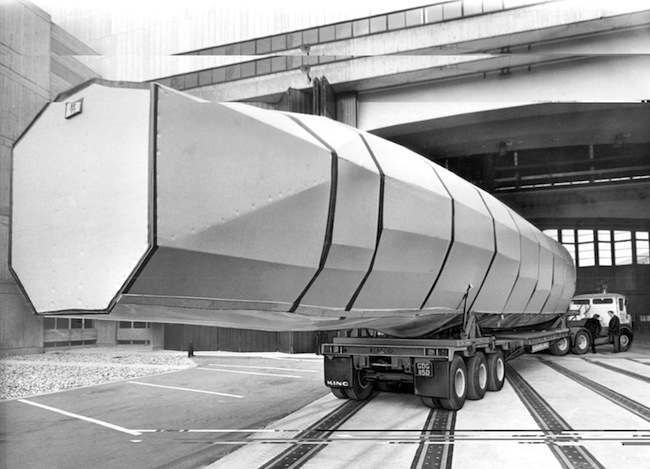 A section of the fuselage assembly of the Anglo-French Concorde airliner, weighing 5 tons and measuring 61 feet in length arriving at the Royal Aircraft establishment at Farnborough, Hampshire, England, April 23, 1967. The section still in its covering, is to undergo extensive stress tests in a special test Chamber at Farnborough. (AP Photo) 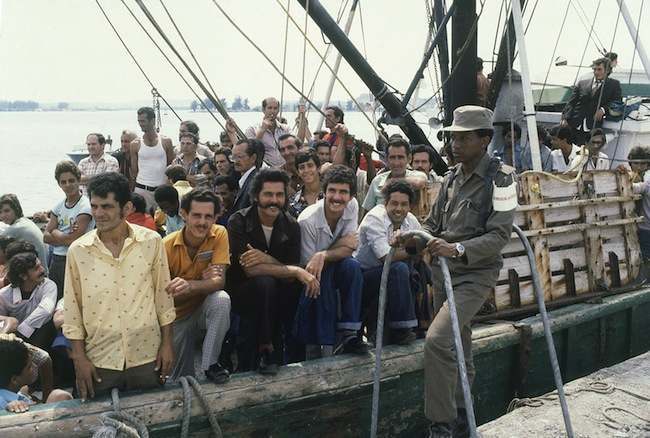 A Cuban soldier stands by a refugee ship at the small port of Mariel, Cuba on April 23, 1980, as the refugees aboard wait to sail for U.S., where they hope to start new lives. Cuban President Fidel Castro has agreed to let the Cubans leave the communist island aboard boats that will take them to Florida. (AP Photo/Jaques Langevin) 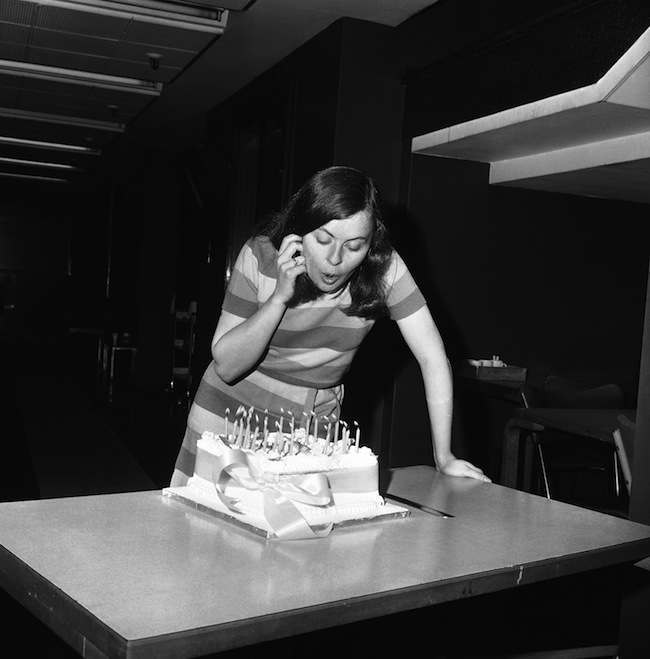 Miss Bernadette Devlin, youngest woman Member of Parliament, who took her seat in the House of Commons for Mid â Ulster, blows out the candles on a birthday cake at Television House in London on April 23, 1969, her 22nd birthday. Miss Devlin had appeared on a âTodayâ current events programme on television. (AP Photo) 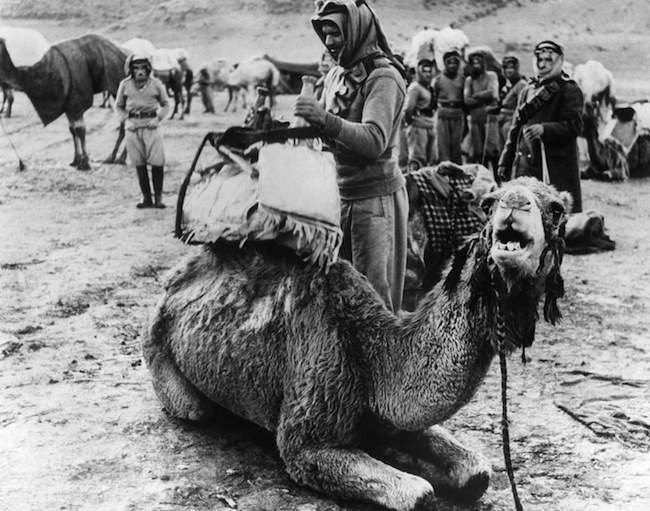 The nucleus of the Druse regiment was formed of 150 former members of the French legion who joined the British forces during the campaign in Syria. The several squadrons, each of 130 men with ages varying from 16 to 60, are mounted either on camels or horses. Their commanding officer is Lieut. Colonel R.S.Y. Buller, formerly of the trans-Jordan frontier force. Saddling-up in one of the camel squadrons at the training camp of the regiment in the Jordan valley on April 23, 1942. (AP Photo) 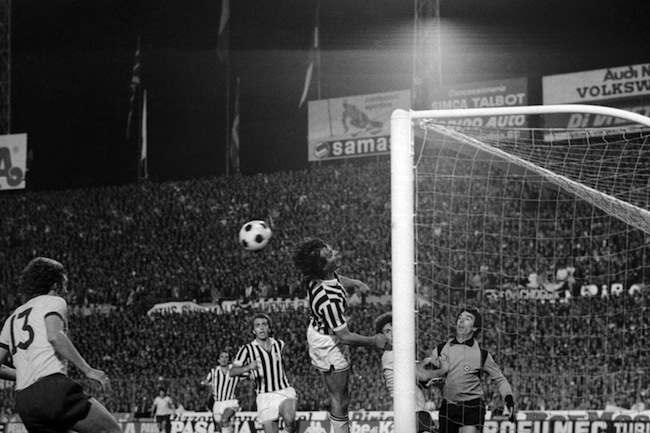 Arsenalâ’s reserve Paul Vaessen (13) heads in the winning goal, in spite of a late intervention by a Juventus defender, two minutes from the end of their Cup of Cups winner semifinal return match on Wednesday, April 23, 1980 in Turin, Italy. The British team qualified for the final on an aggregate score. (AP Photo/Hoanza) 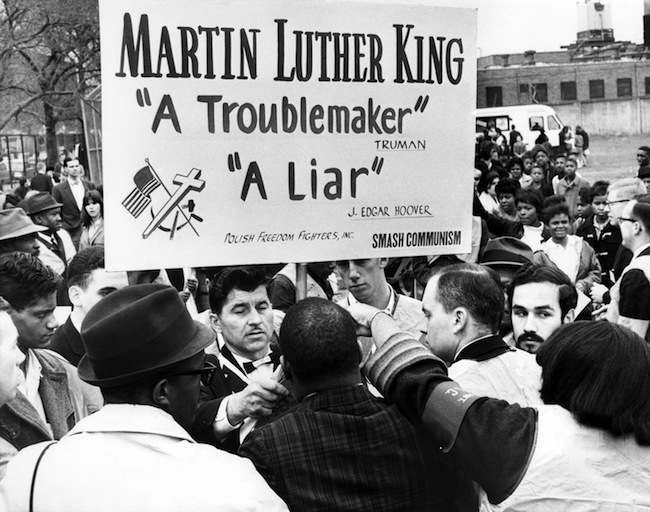 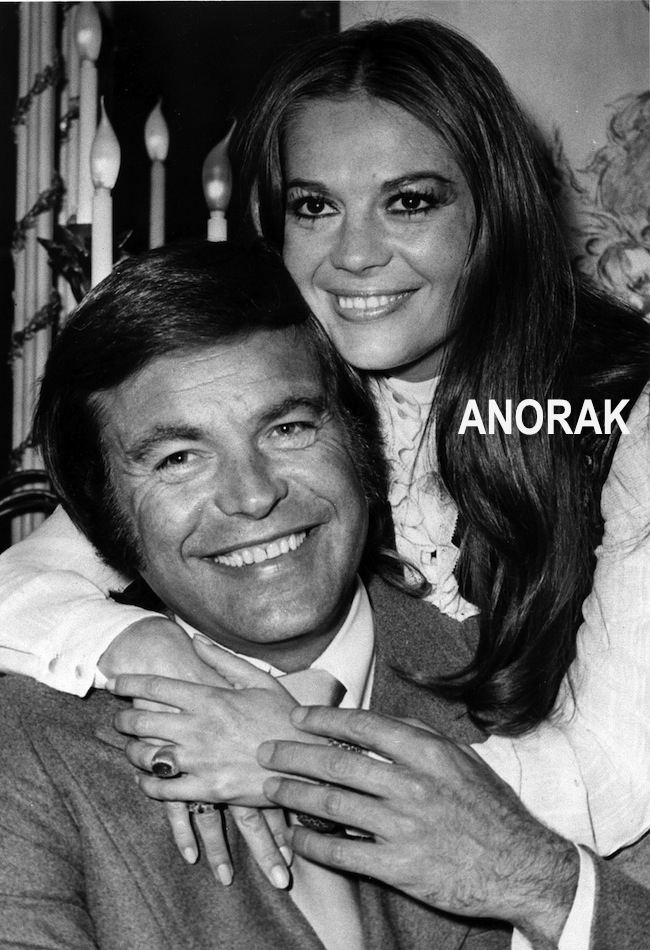 In this April 23, 1972 file photo, actor Robert Wagner and actress Natalie Wood pose at the Dorchester Hotel in London. Los Angeles sheriff’s homicide detectives are taking another look at Wood’s 1981 drowning death based on new information, officials announced Thursday, Nov. 17, 2011. A yacht captain said on national TV Friday, Nov. 18, 2011, that he lied to investigators about Natalie Wood’s mysterious death 30 years ago and blames Wagner for her drowning in the ocean off Southern California. (AP Photo, File)