With each issue of CREEM magazine came the one-page spotlight of a particular artist, called “CREEM PROFILES”.  Let’s have a look at a few from the late seventies to early eighties (with my favorite lines featured below each page).  Enjoy. 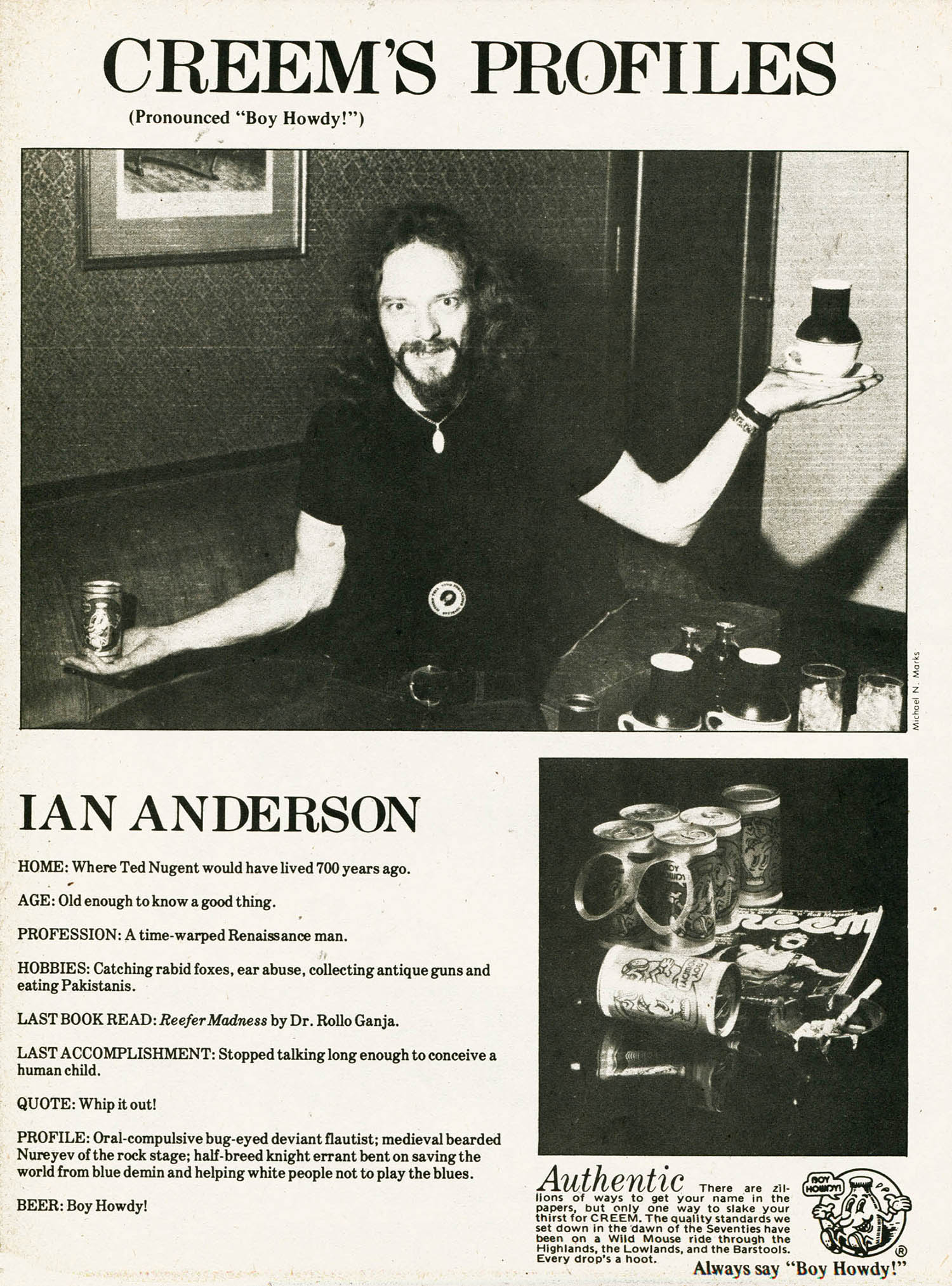 HOME: Where Ted Nugent would have lived 700 years ago.

PROFILE: … half breed knight-errant bent on saving the world from blue denim and helping white people not to play the blues. 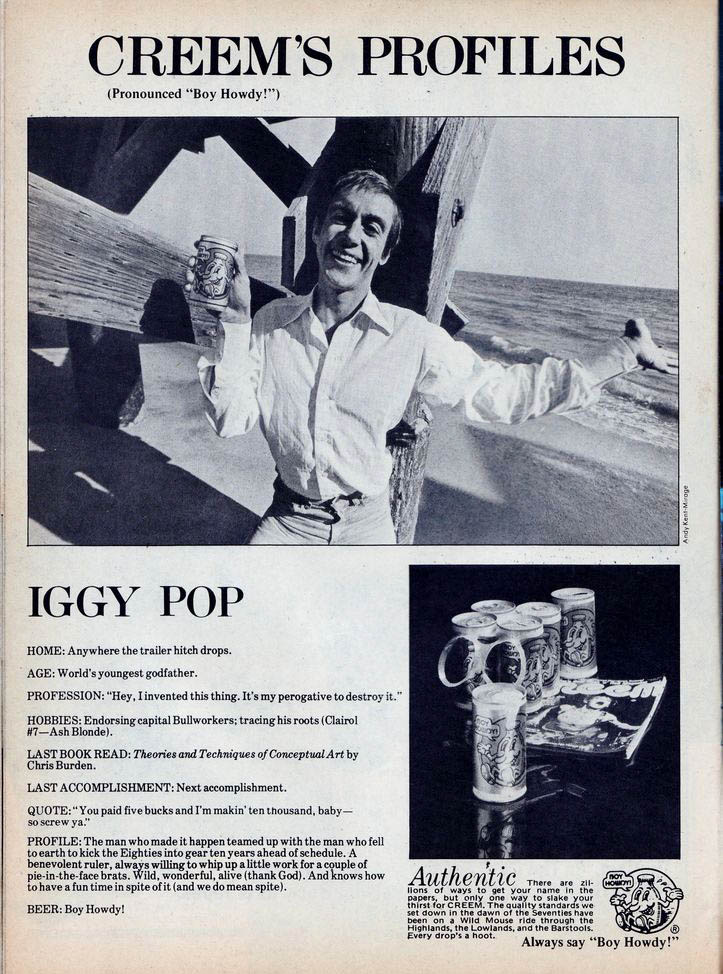 PROFESSION: Hey, I invented this thing. It’s my prerogative to destroy it.

PROFILE: The man who made it happen teamed up with the man who fell to earth to kick the Eighties into gear ten years ahead of schedule… 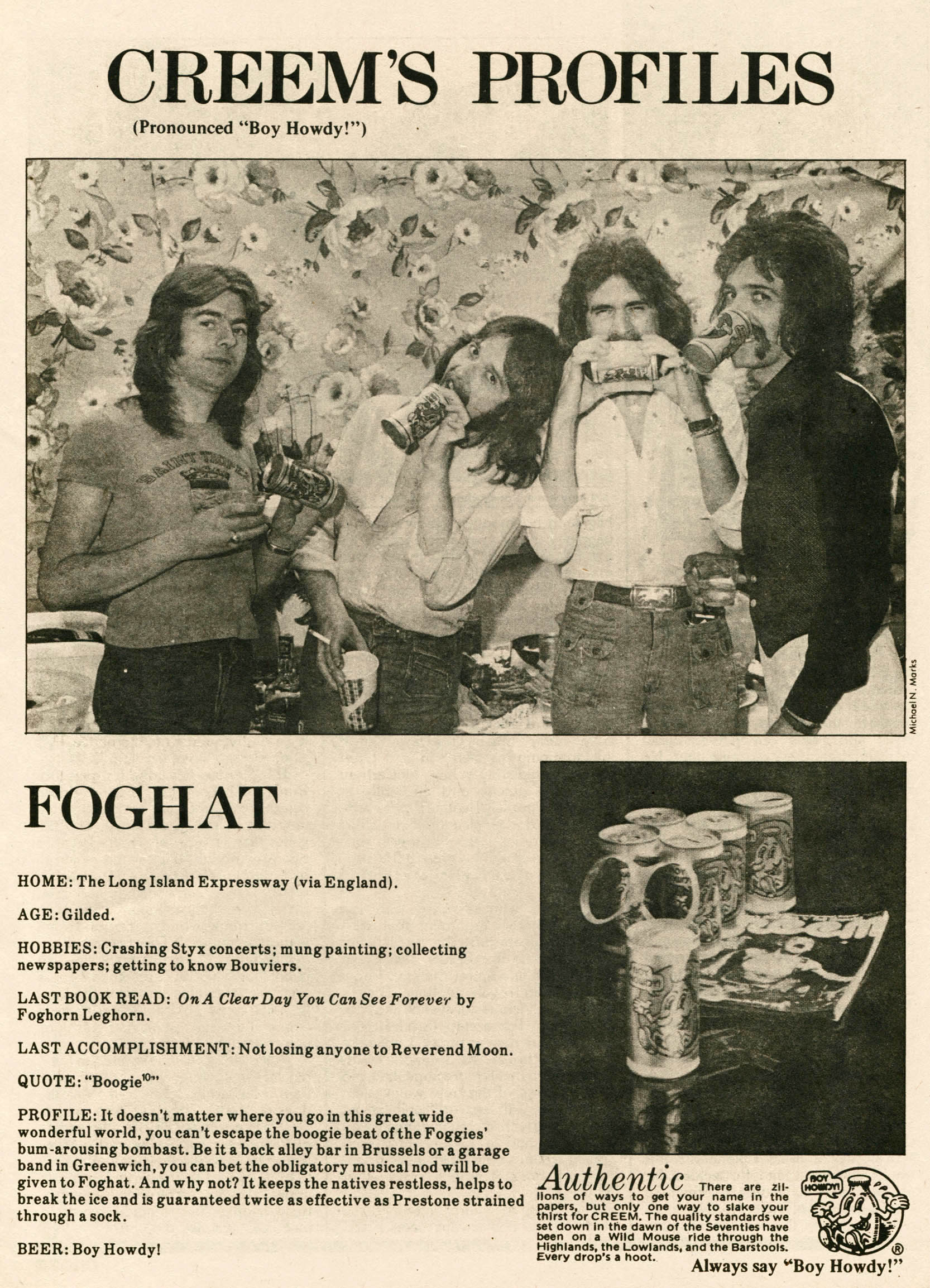 LAST BOOK READ: On A Clear Day You Can See Forever by Foghorn Leghorn. 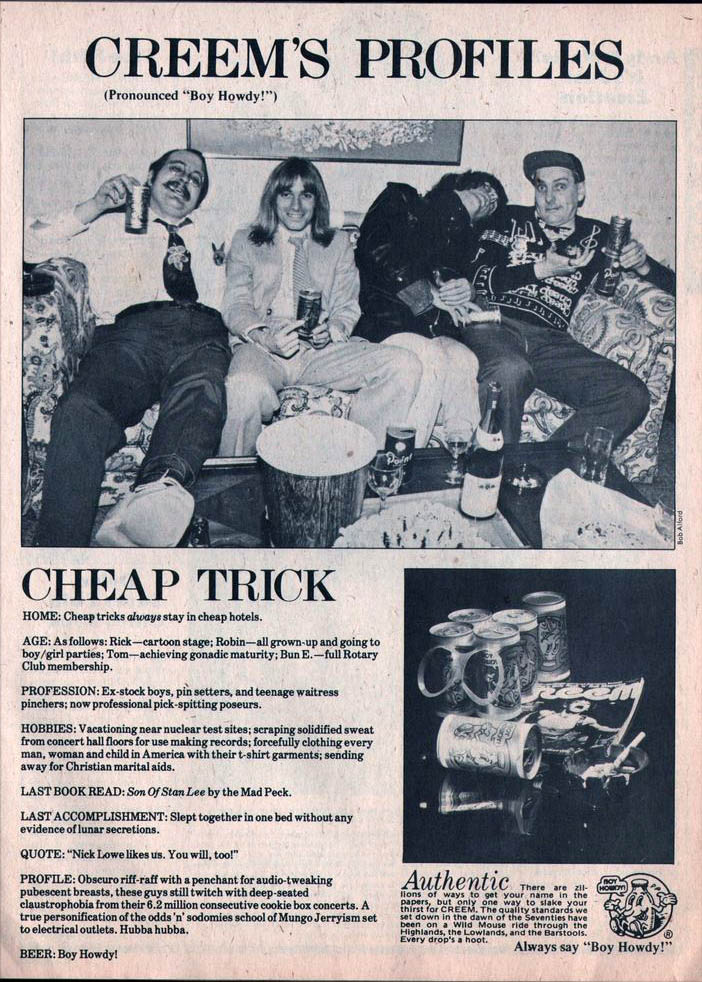 HOBBIES: Vacationing near nuclear test sites; scraping solidified sweat from concert hall floors for use making records; forcefully clothing every man, woman and child in America with their t-shirt garments; sending away for Christian marital aids.

LAST ACCOMPLISHMENT: Slept together in one bed without any evidence of lunar secretions. 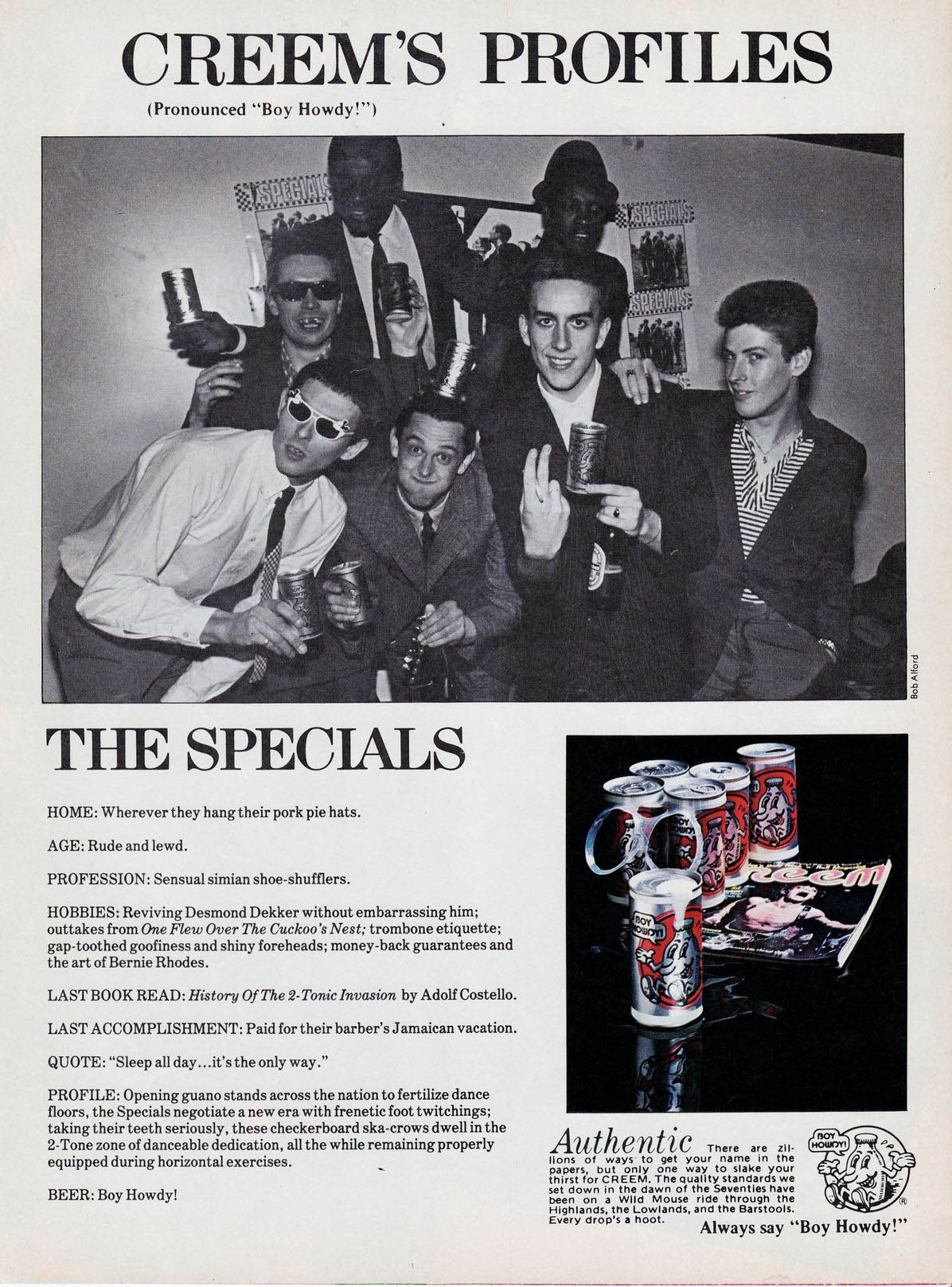 HOME: Wherever they hang their pork pie hats. 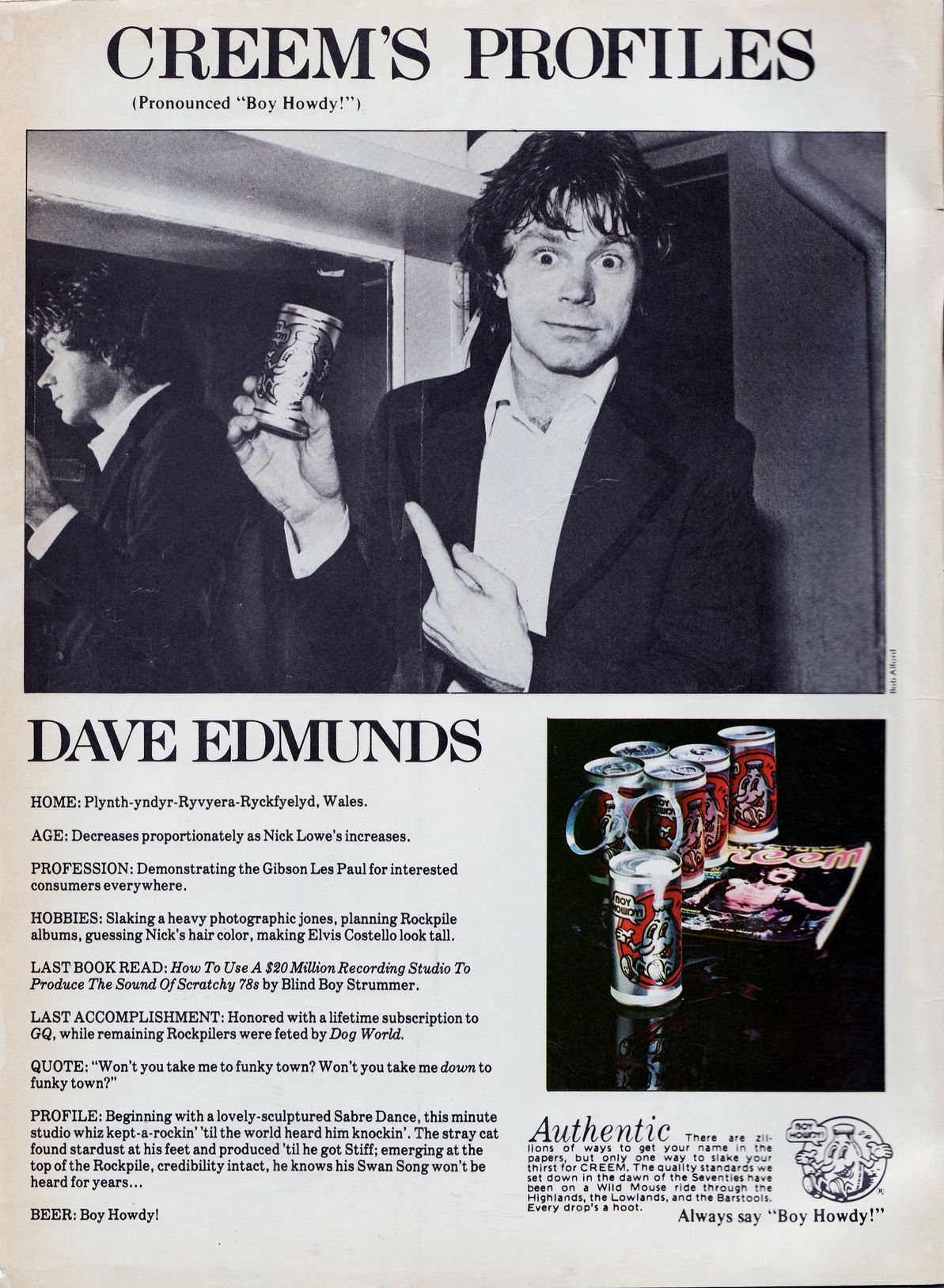 LAST BOOK READ: How To Use a $20 Million Dollar Recording Studio To Produce The Sound of Scratchy 78s by Blind Boy Strummer. 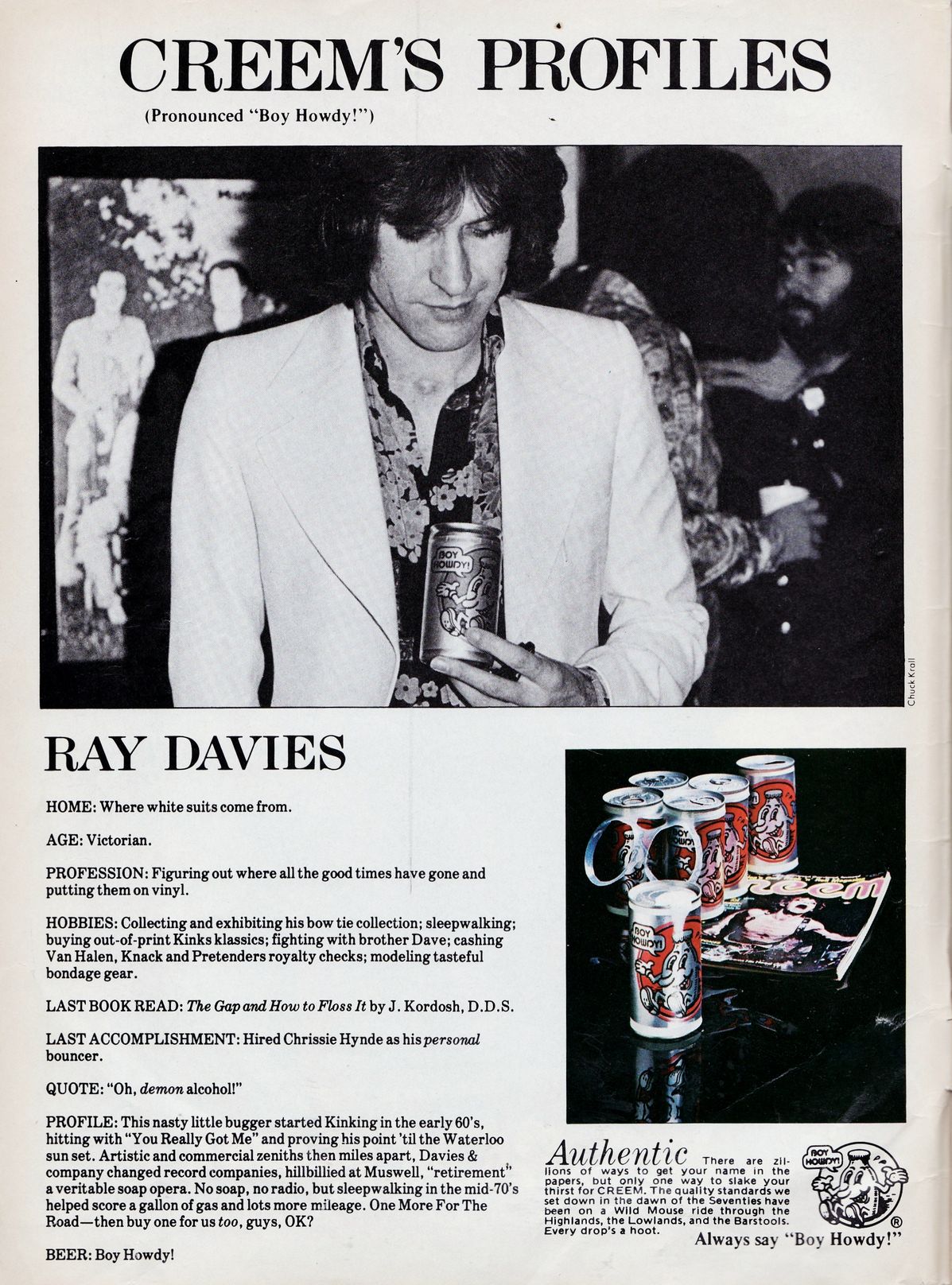 HOME: Where white suits come from. 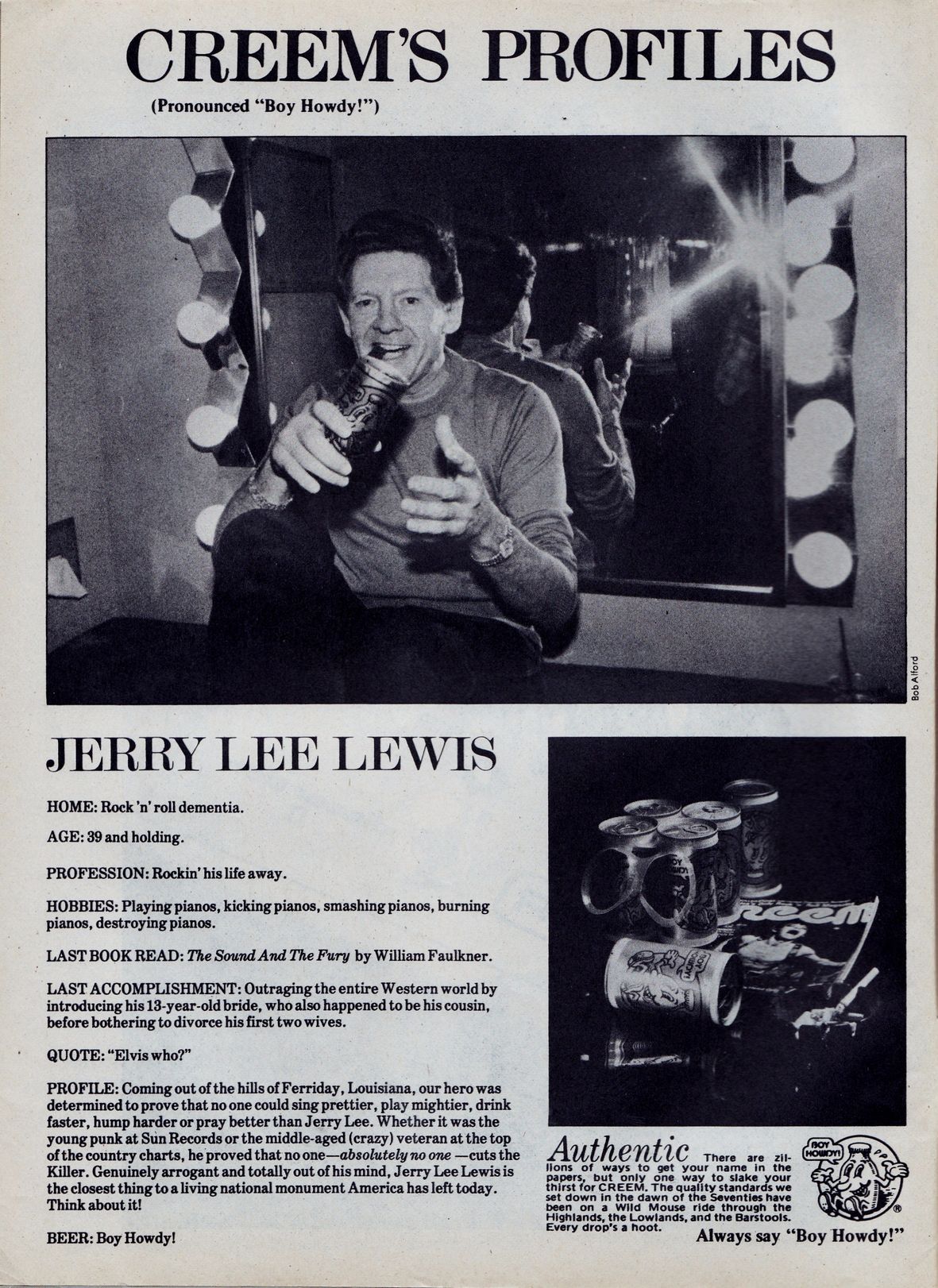 LAST ACCOMPLISHMENT: Outraging the entire Western world by introducing his 13-year-old bride, who also happened to be his cousin, before bothering to divorce his first two wives.

Fridays was CBS’s answer to Saturday Night Live.  It featured Michael Richards (Kramer from “Seinfeld” and Larry David (“Seinfeld” and “Curb Your Enthusiasm”); it’s hilarious to see them in the photo below, looking so …. lets just say different. 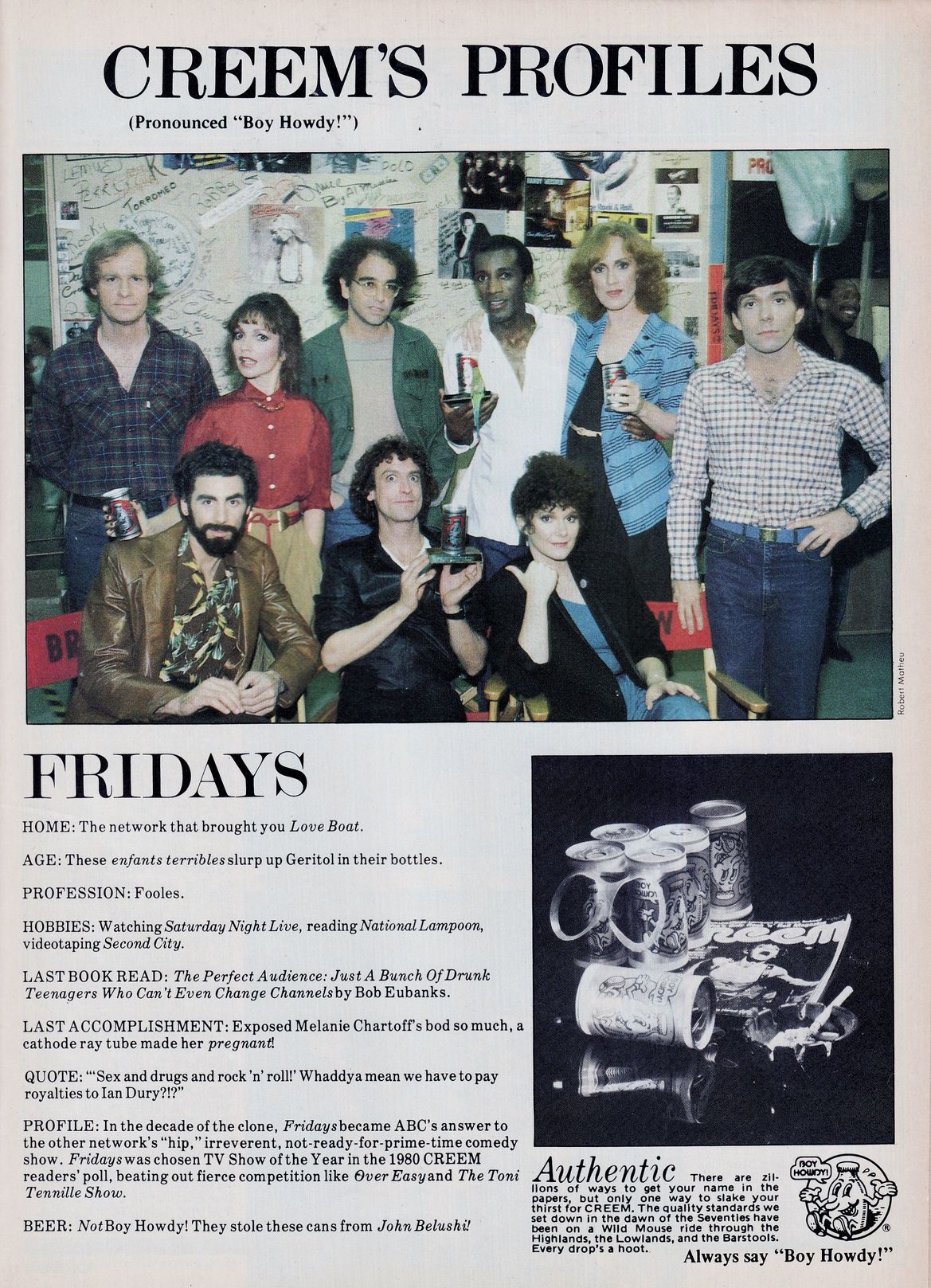 HOME: The network that brought you The Love Boat

LAST BOOK READ: The Perfect Audience: Just A Bunch Of Drunk Teenagers Who Can’t Even Change Channels by Bob Eubanks.