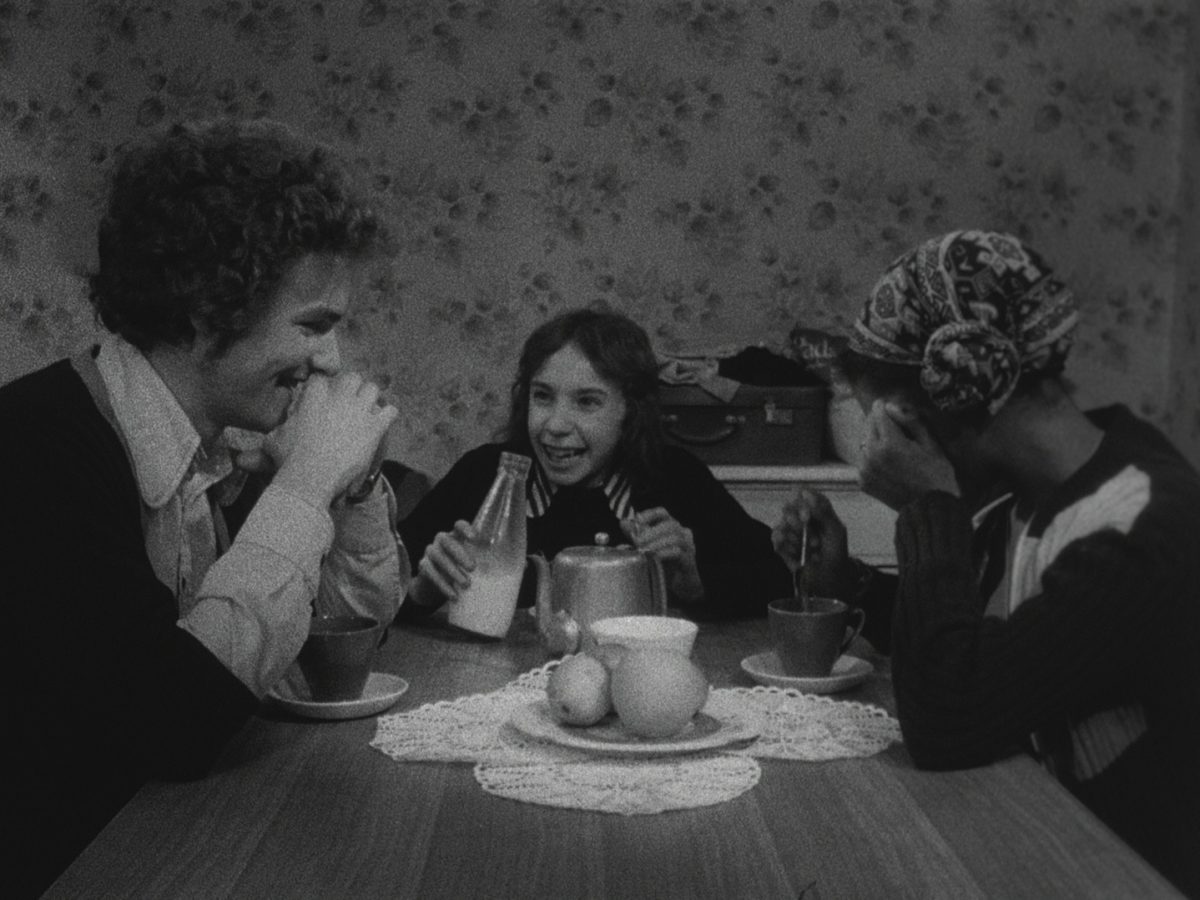 The Cocoa Song is from the cult British Film Institute-funded multicultural musical Moon Over The Alley, directed by Joseph Despins and William Dumaresq.

Released in 1976 with a score by Galt McDermot, a fellow Canadian who is probably best known for his compositions for Hair, Moon Over The Alley is largely set around London W10; this scene was shot at the top end of Portobello Road market.

Use of non-actors notably helped kickstart the career of singer Sharon Forrester, seen here singing an excerpt of Spring In December.

A couple of years ago the BFI issued Moon Over The Alley on a two-header DVD with another London 70s b&w curio, Despins and Dumaresq’s deeply unsettling Duffer on its Flipside imprint. Details here. 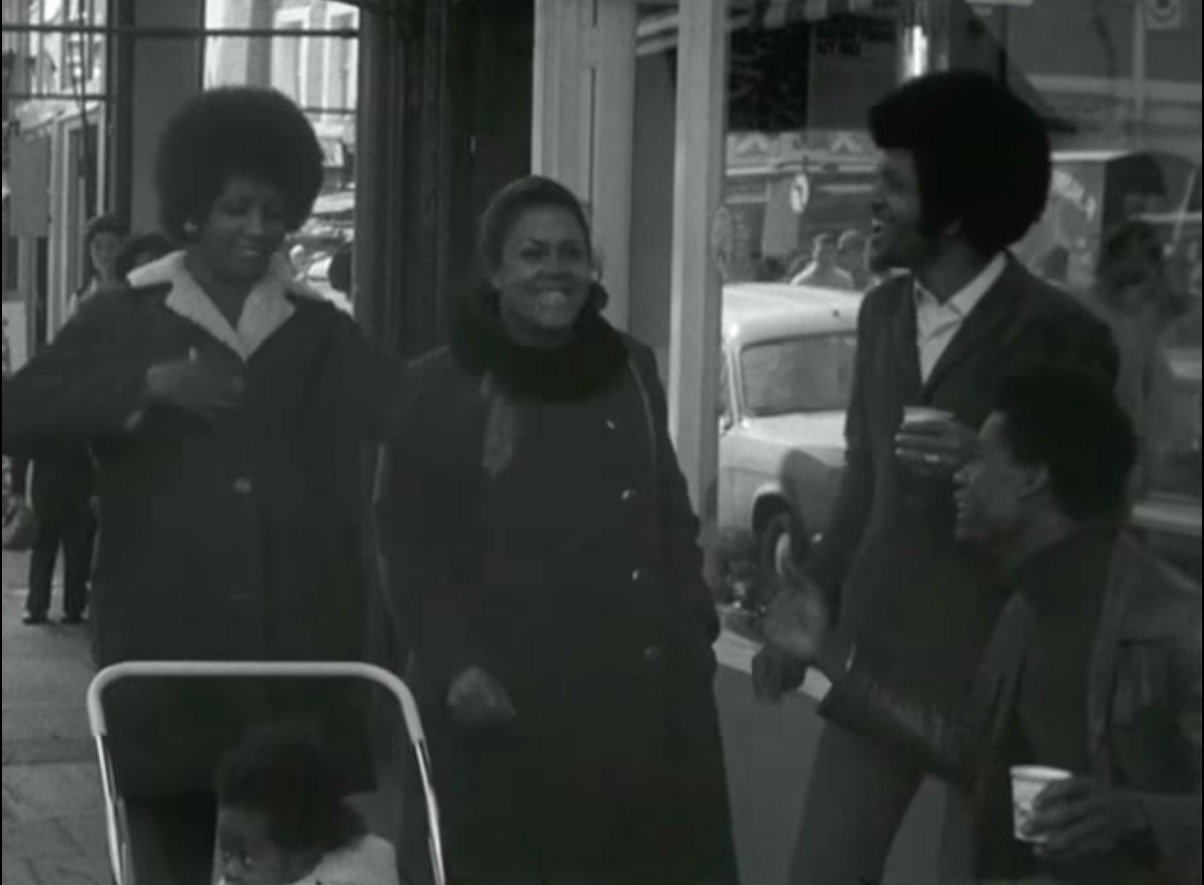