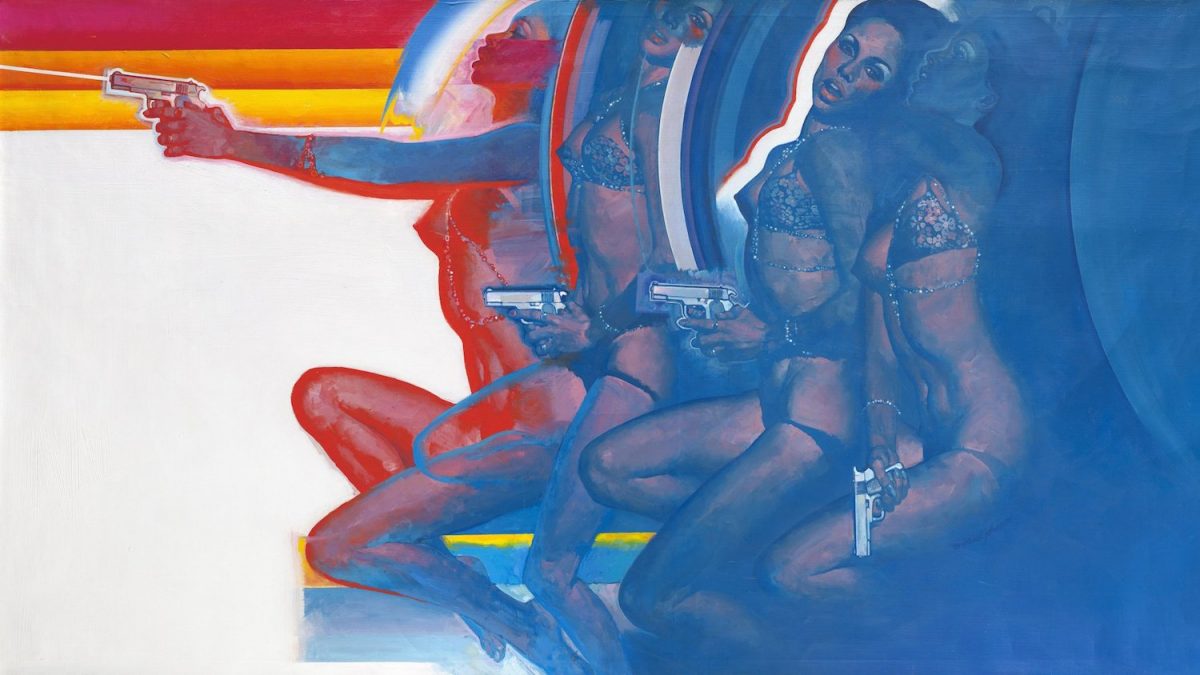 The men on the pulp fiction book covers were muscular, two-fisted, unsmiling and action-eyed. The women were titillating, often partially clothed, dangerous and suggestive. They were the lurid, raunchy, exploitative, popular and vilified faces of work by the likes of Mickey Spillane, Earl Stanley Gardner, Hammond Innes, Alistair Mclean and Helen McInnes, whose paperback books sold by the millions. The covers of these stories one reviewer called “daydreams for the frustrated and the sick” seduced readers. The wrappers on mass-marketed, accessible literature peeped from wire racks in supermarkets, drug store and kiosk. Publishing houses noted the success of these books for people who never read, and before long art in the pulp style was appearing on all manner of titles, not just on pulp fiction comic books for adults, but in magazines and around texts written by highbrow authors, like Simone de Beauvoir, Sinclair Lewis and CP Snow. 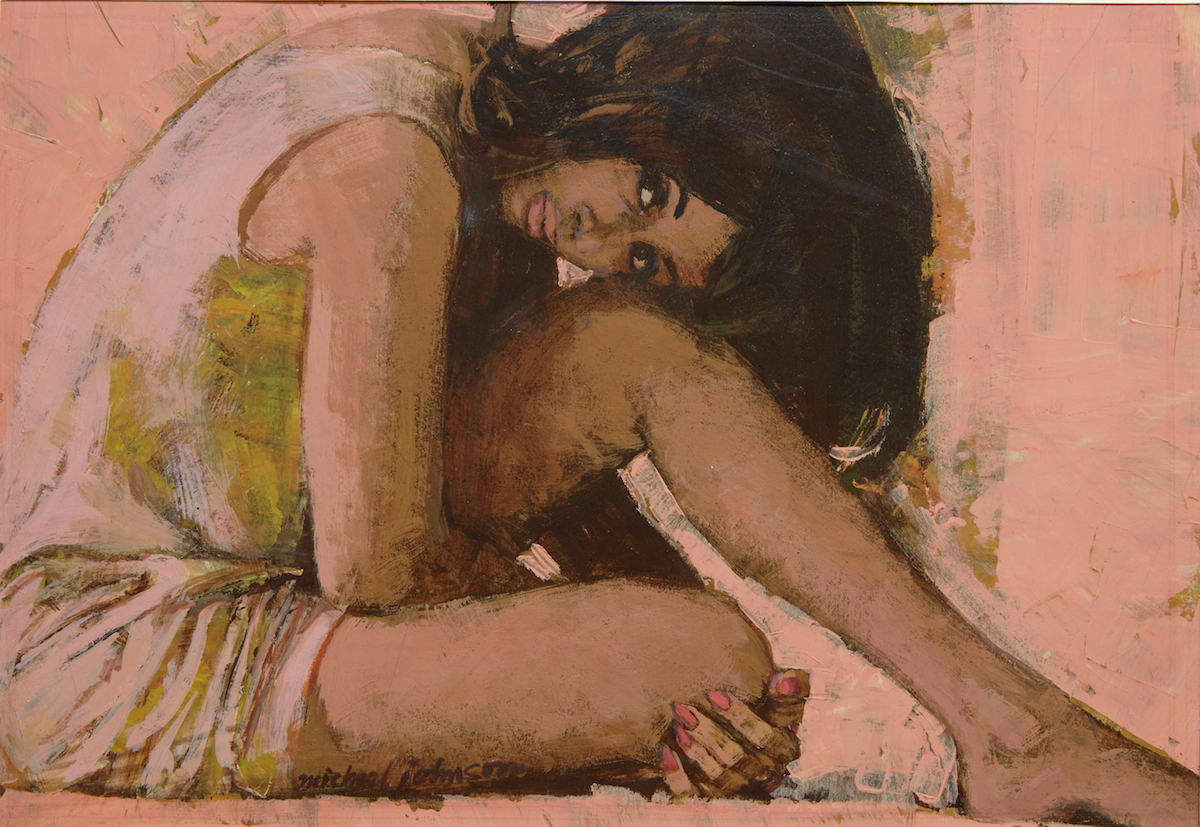 Over 40 examples of the art that sold pulp fiction are on show at the Lever Gallery, London. Work by Gianluigi Coppola, Giorgio De Gaspari, Pino Dell’Orco, Renato Fratini – they arrived in pulp via Rome’s Cinecitta film studios (Ben-Hur, Cleopatra, La dolce vita and A Fistful of Dollars) and an invitation to work by Penguin’s Italian-born art director Germano Facetti –  Michael Johnson and Ian Robertson is appreciated for the artists’ skill. 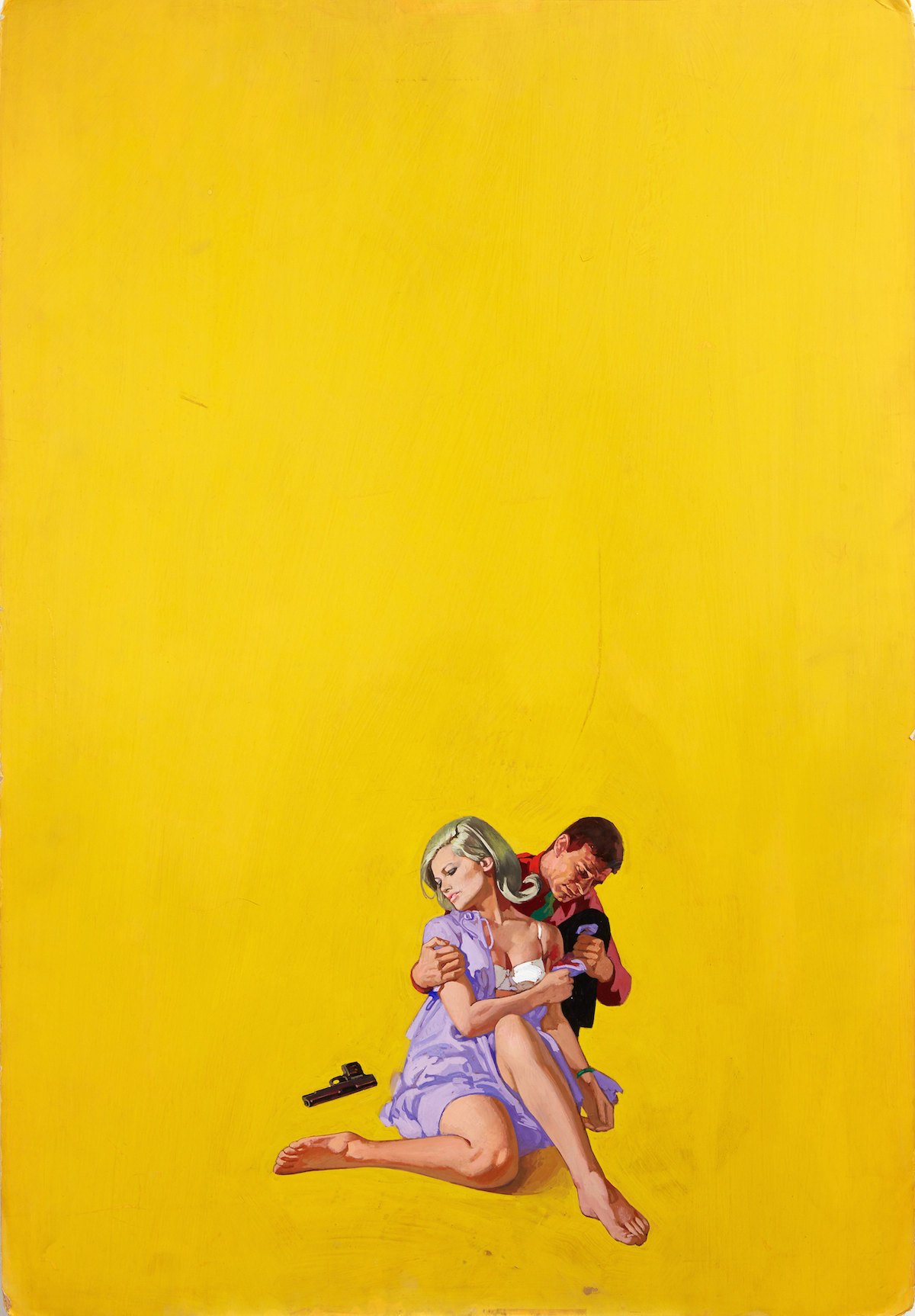 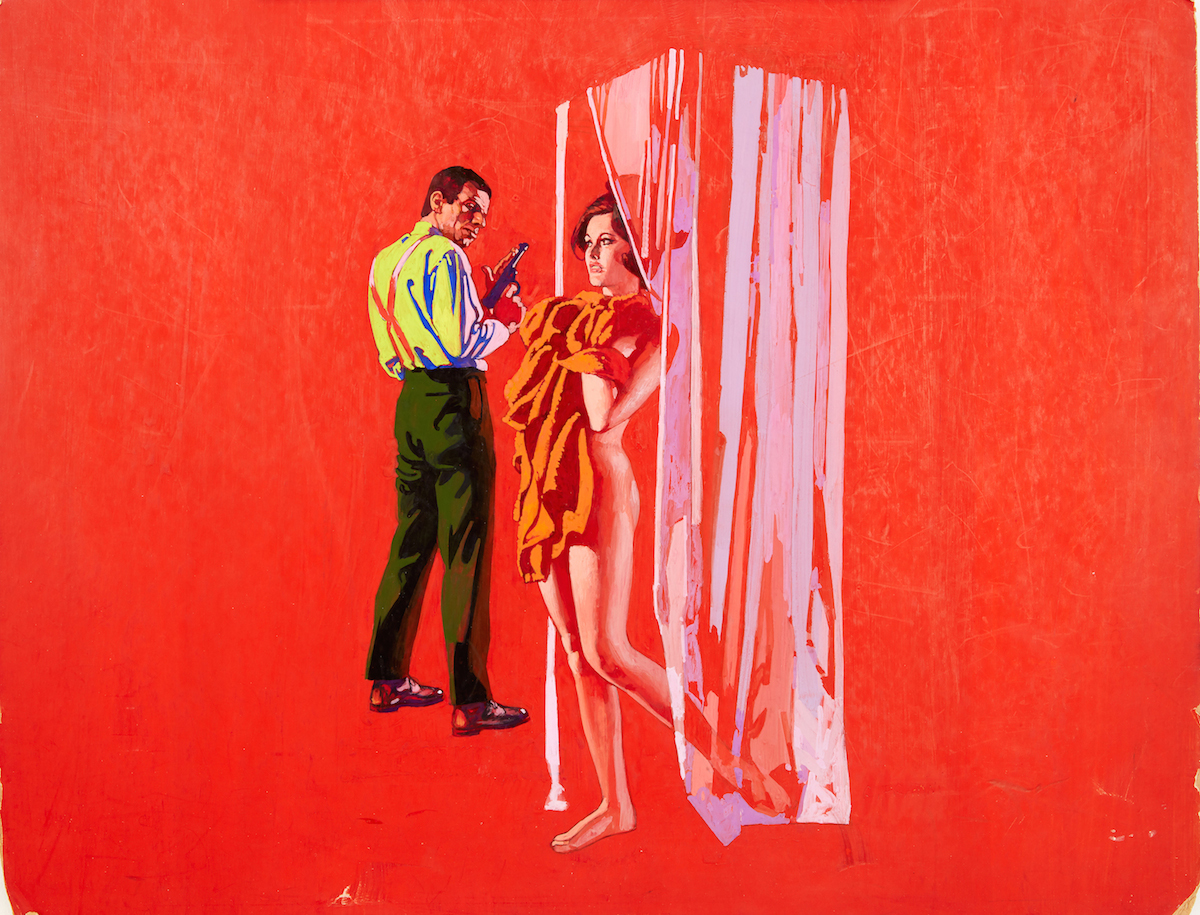 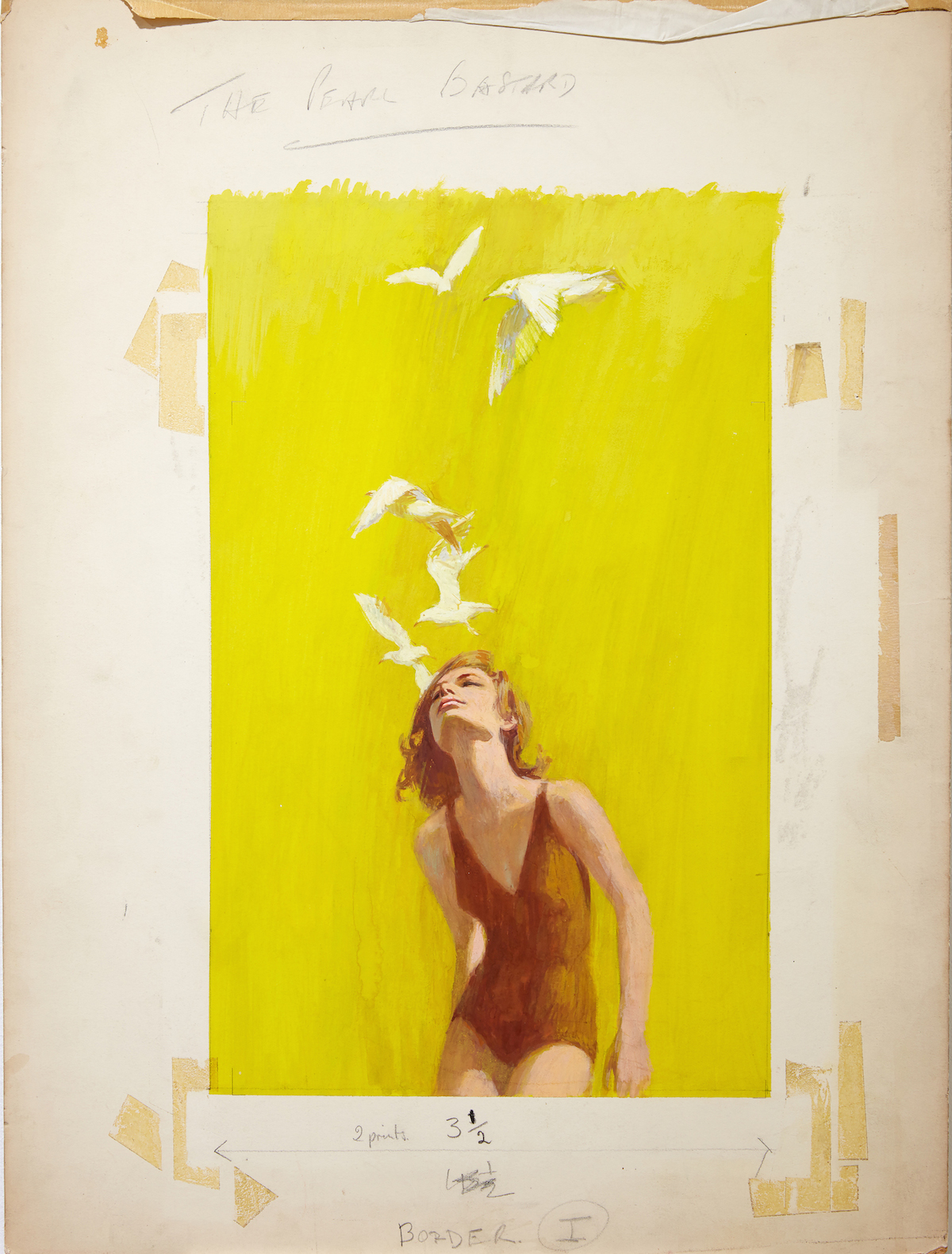 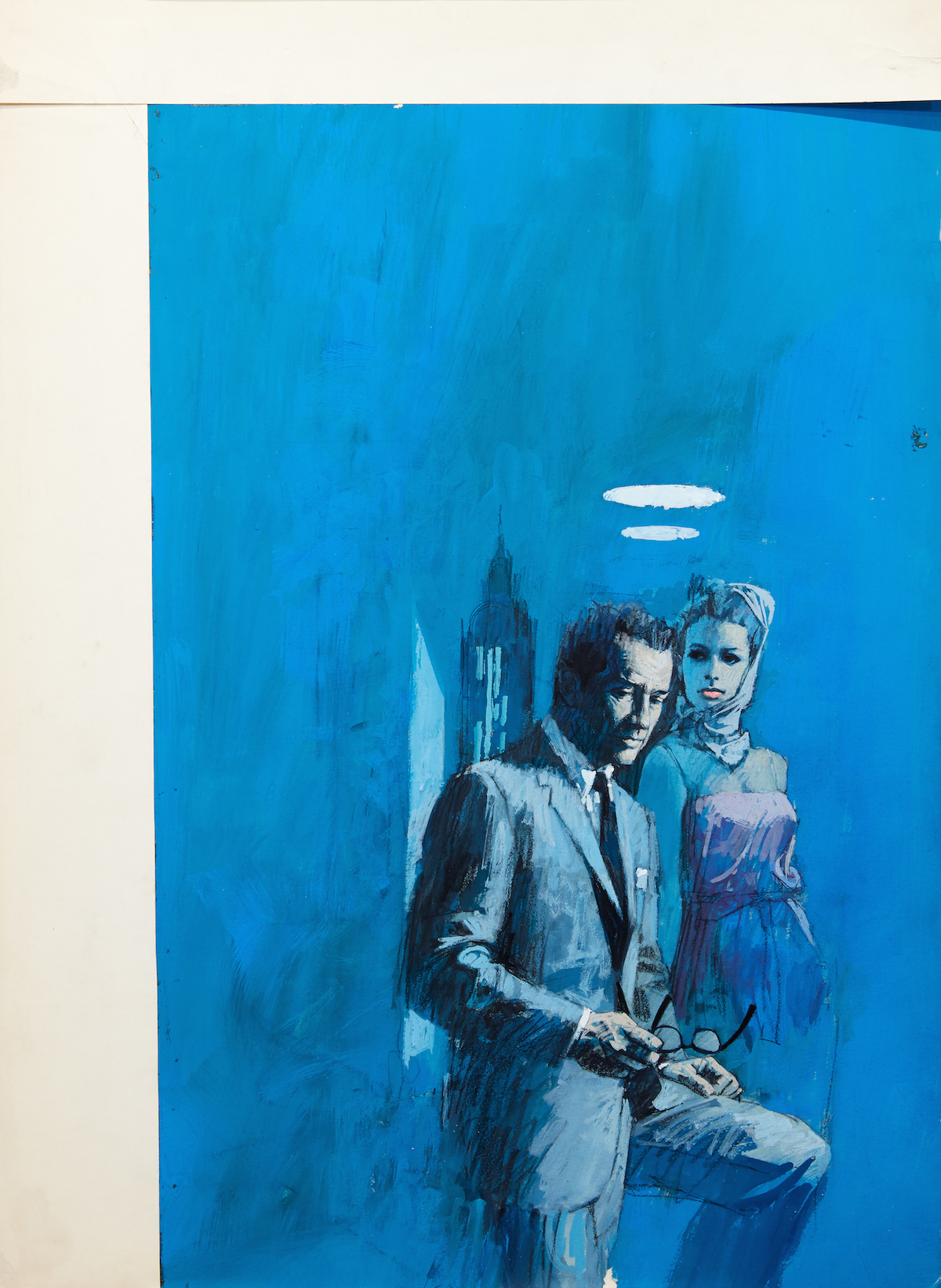 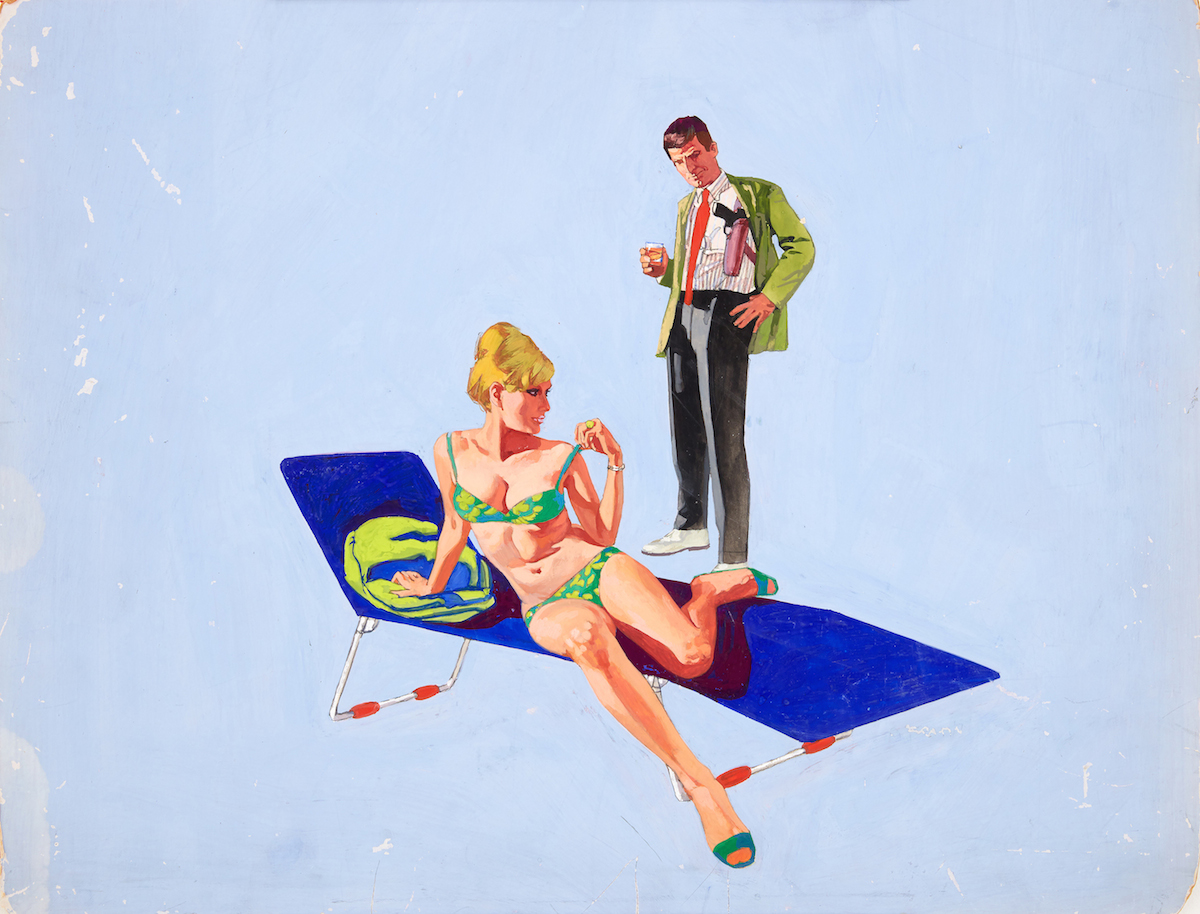 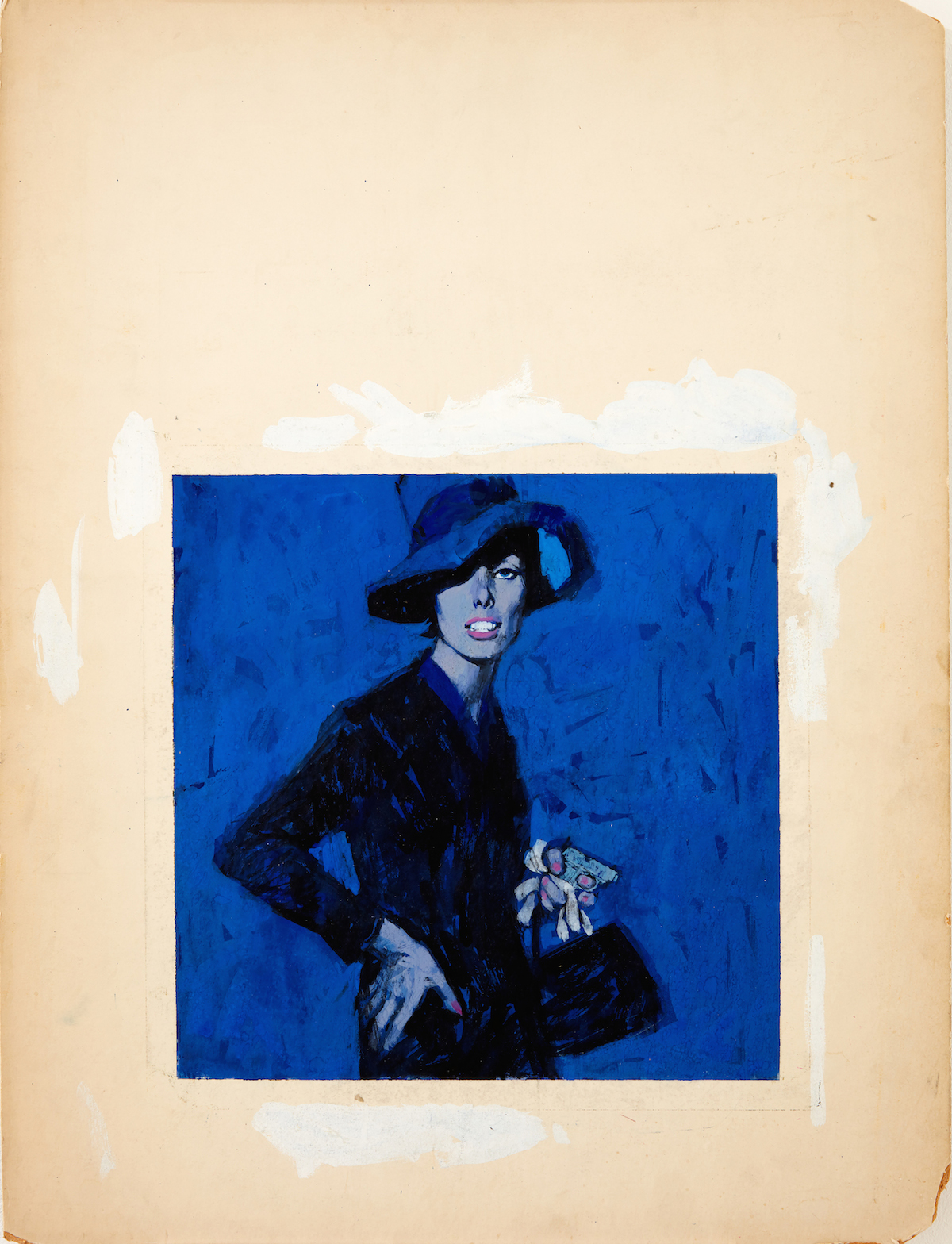 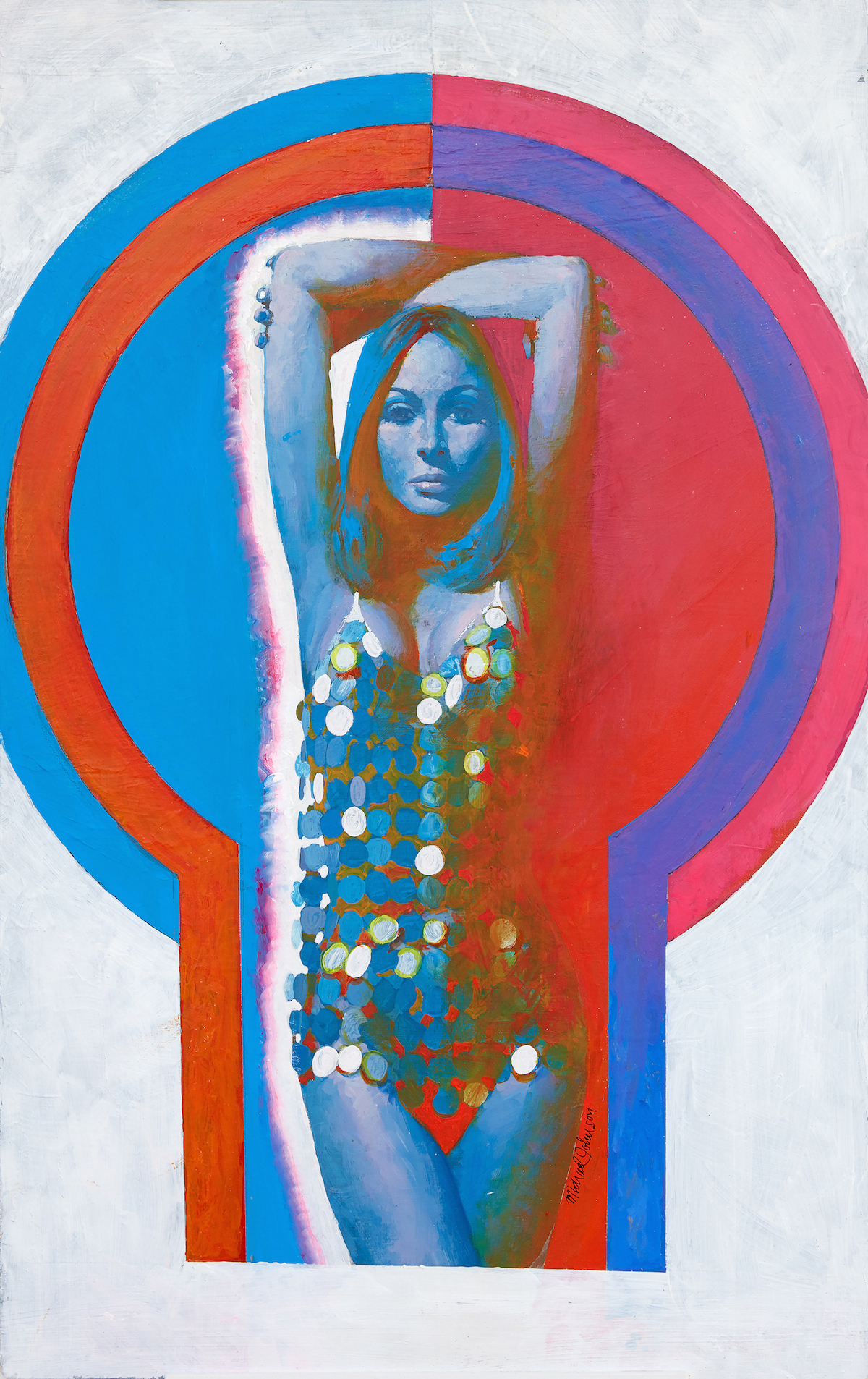 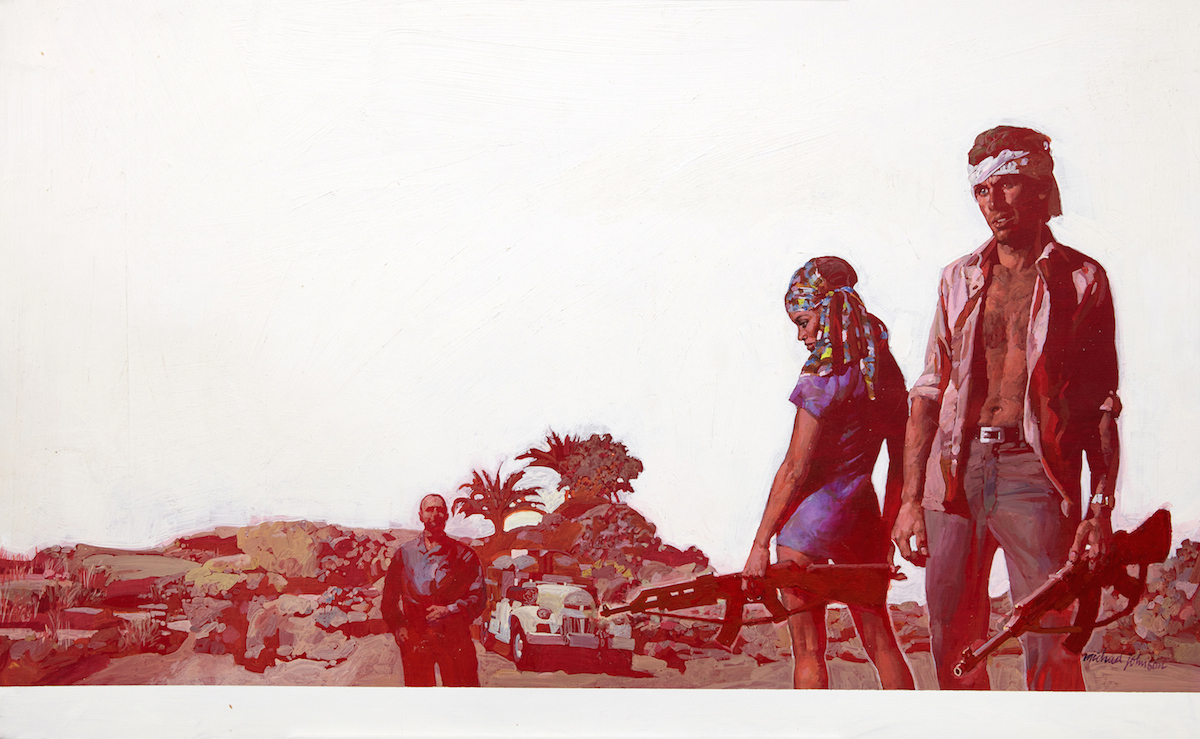 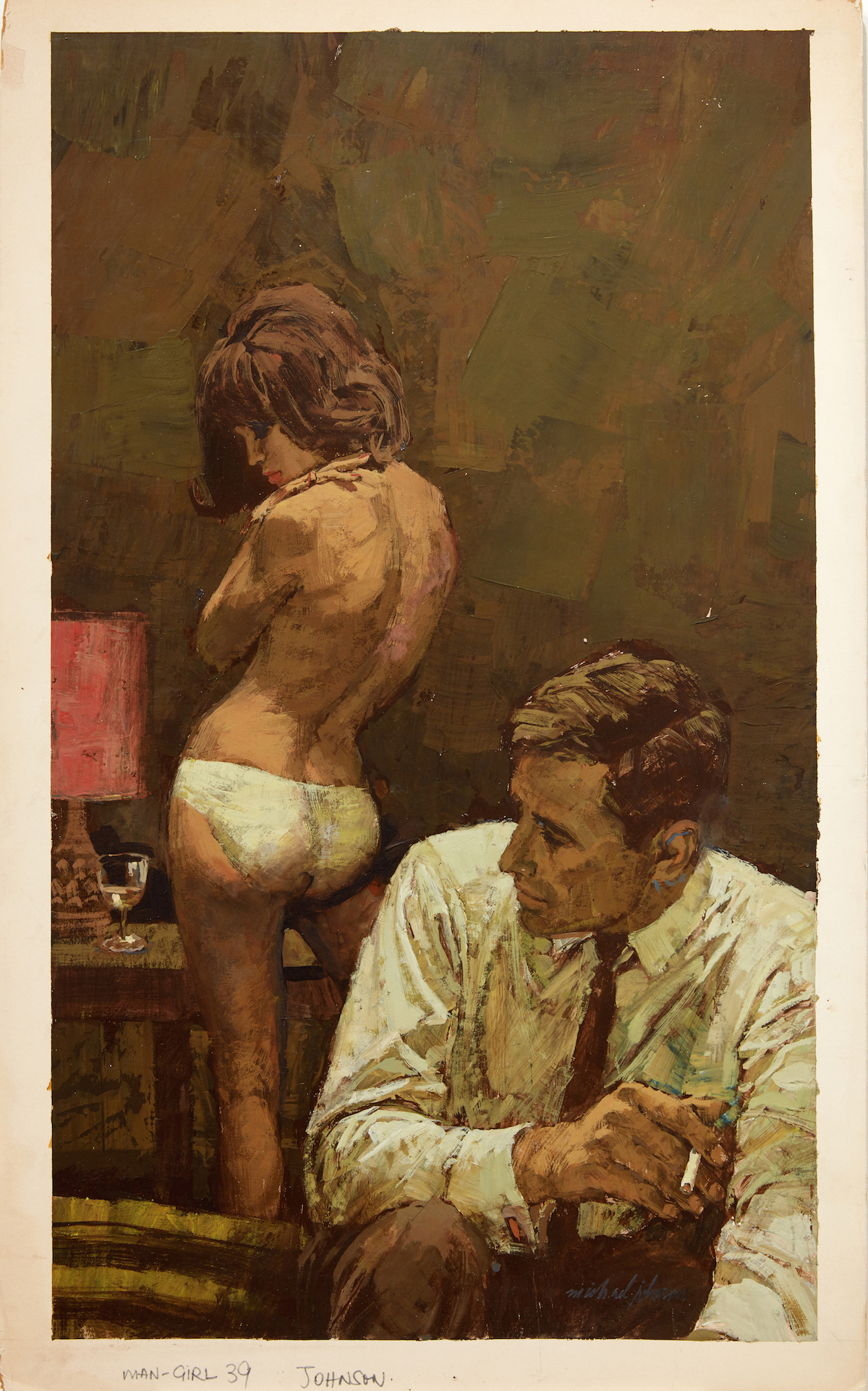 Michael Johnson: A Crowd Of Voices, 1961 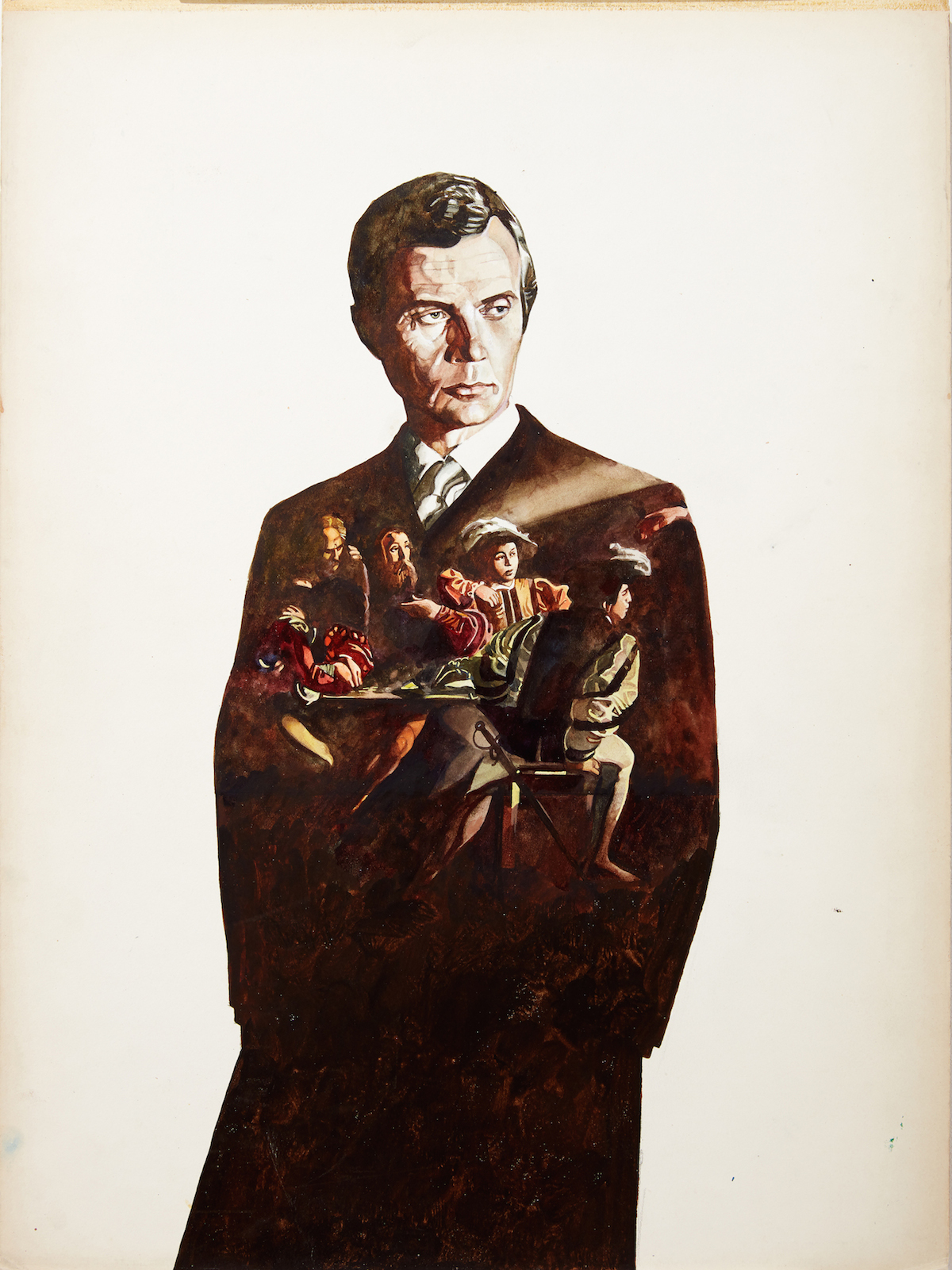 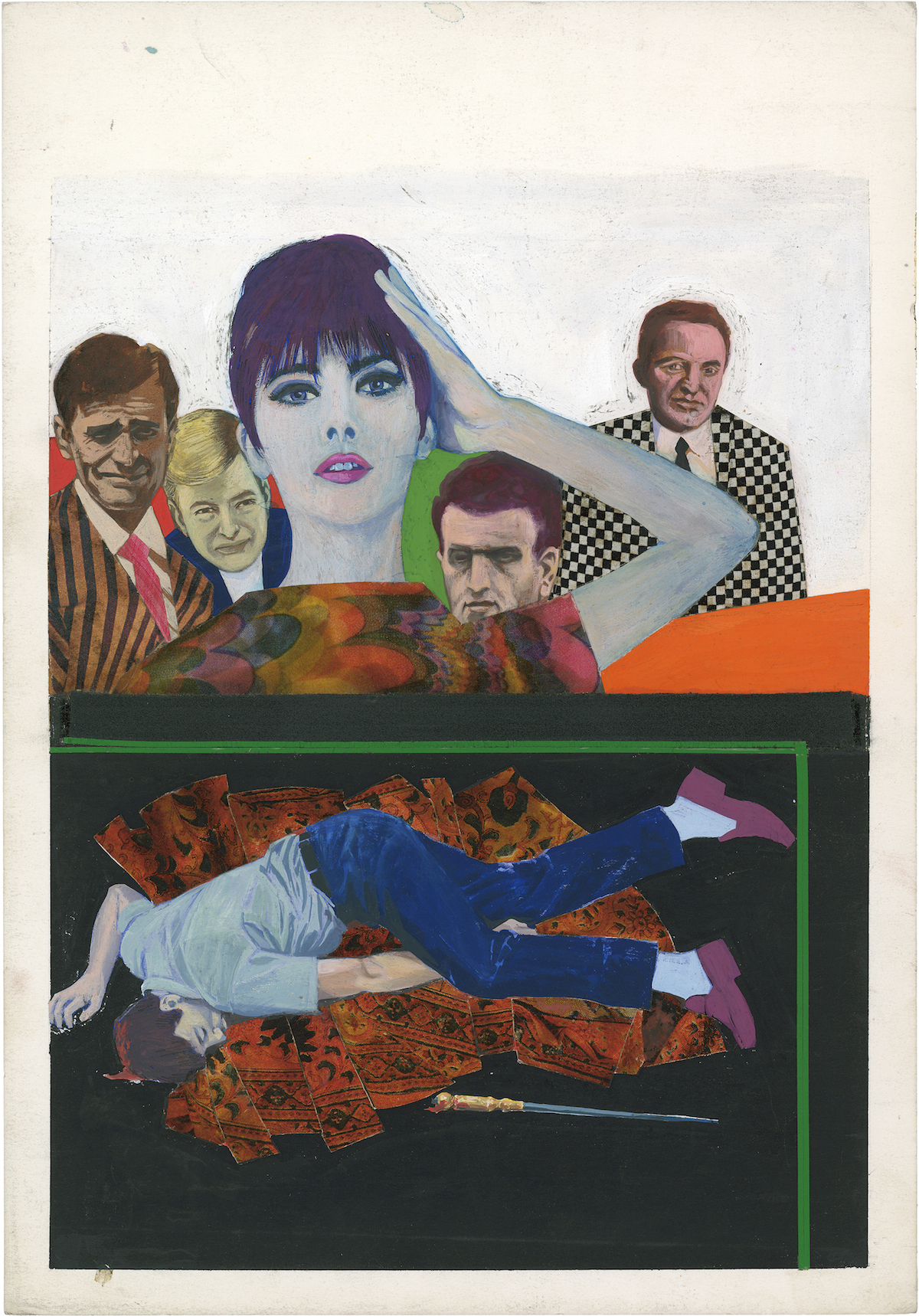 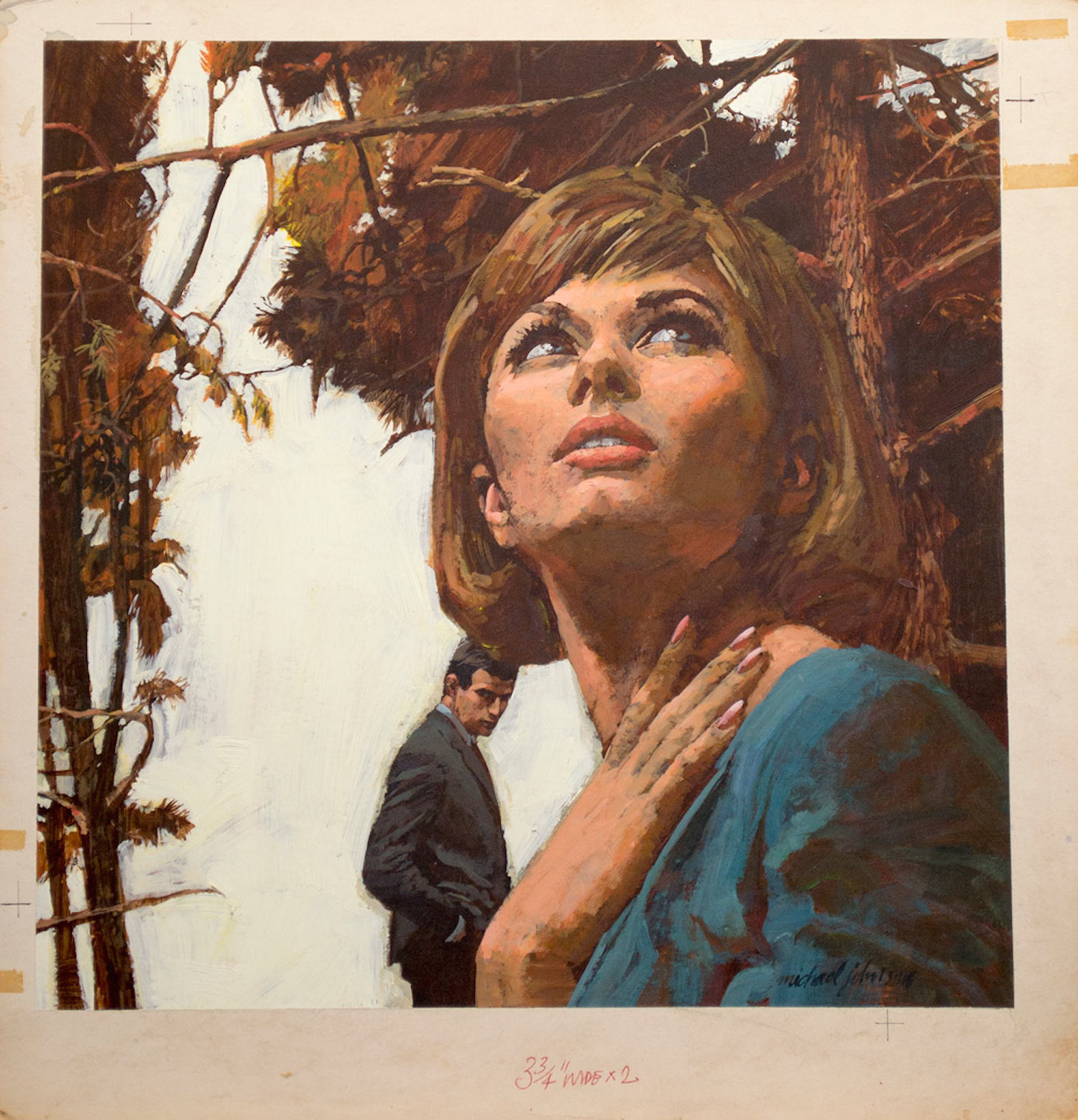 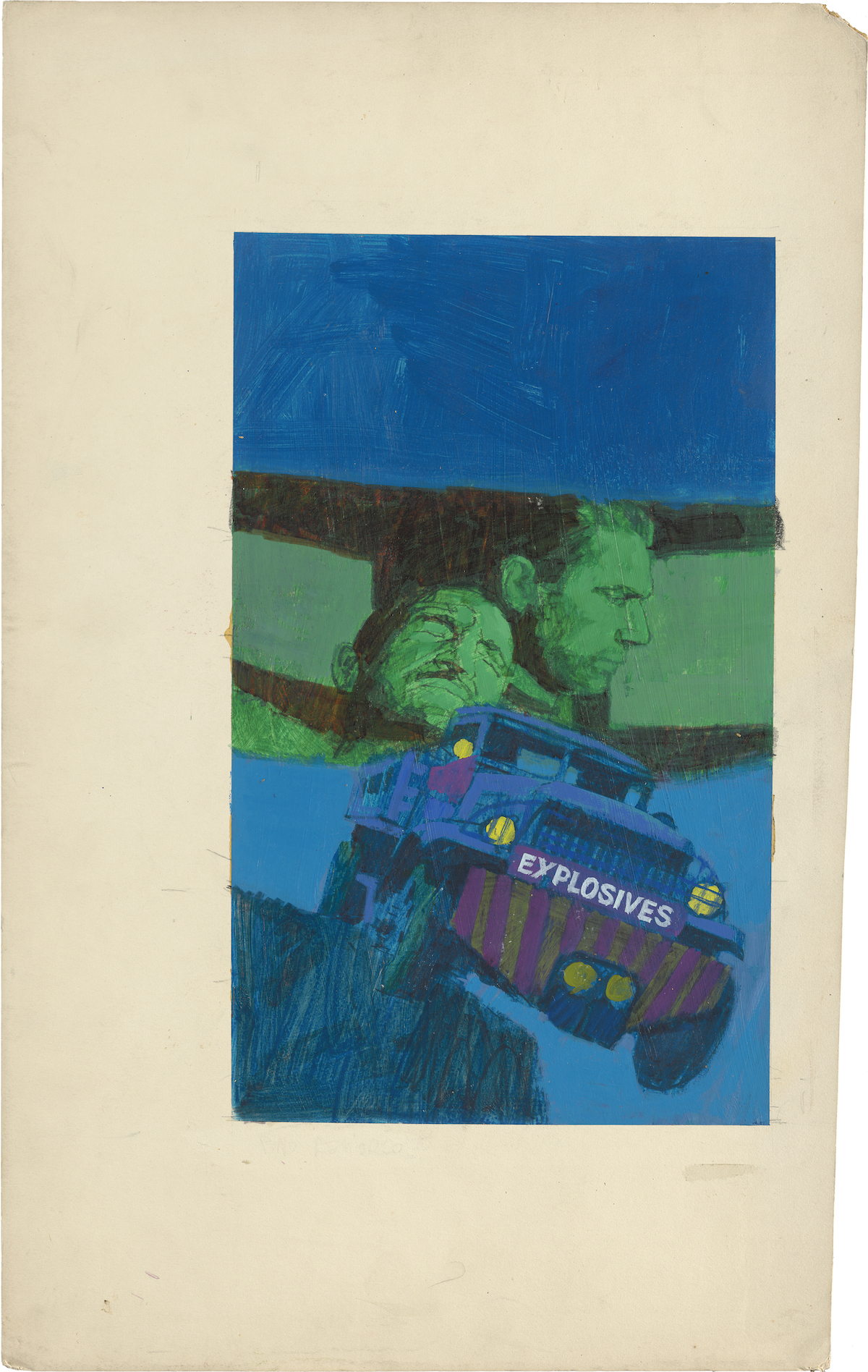 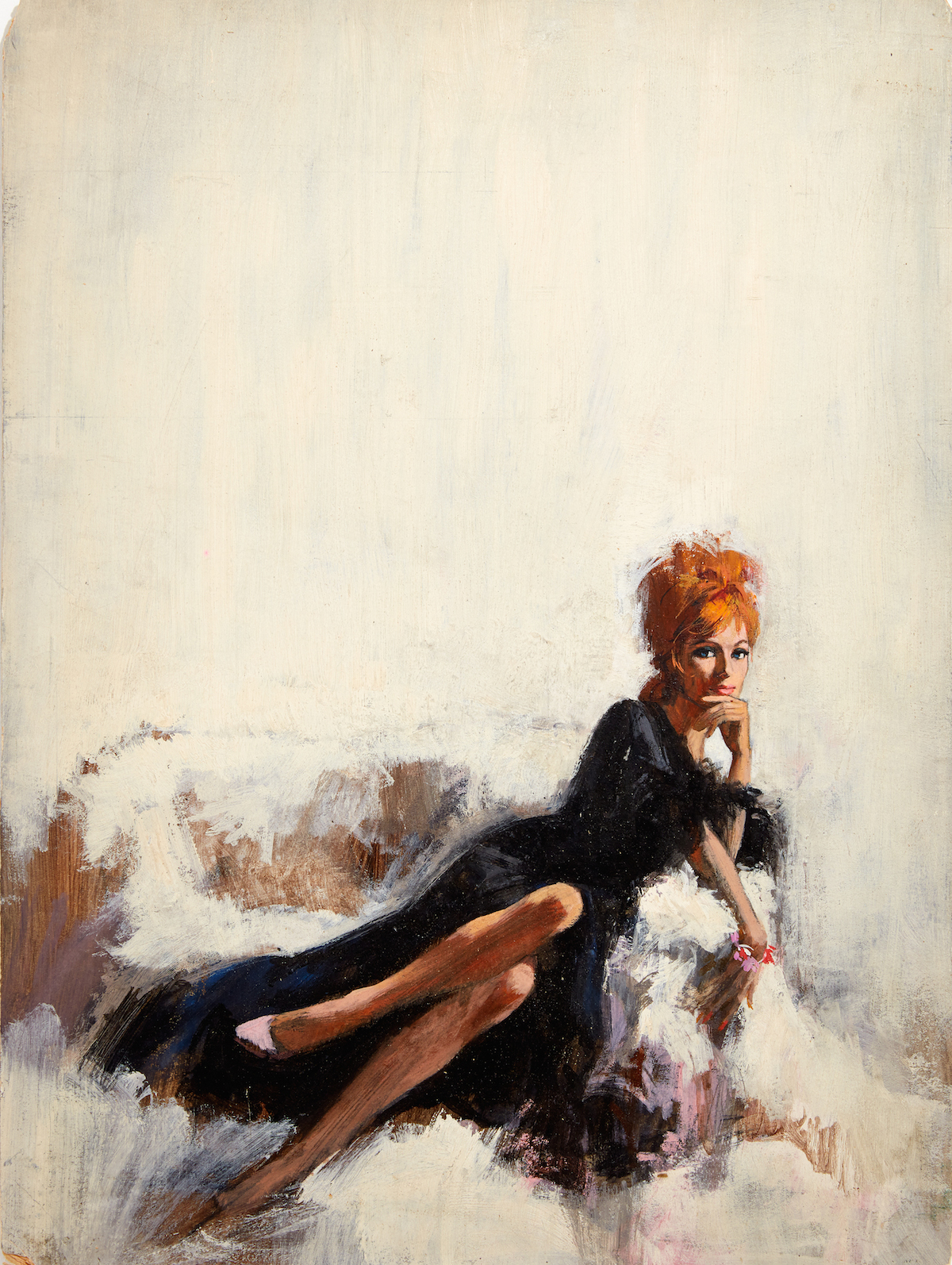 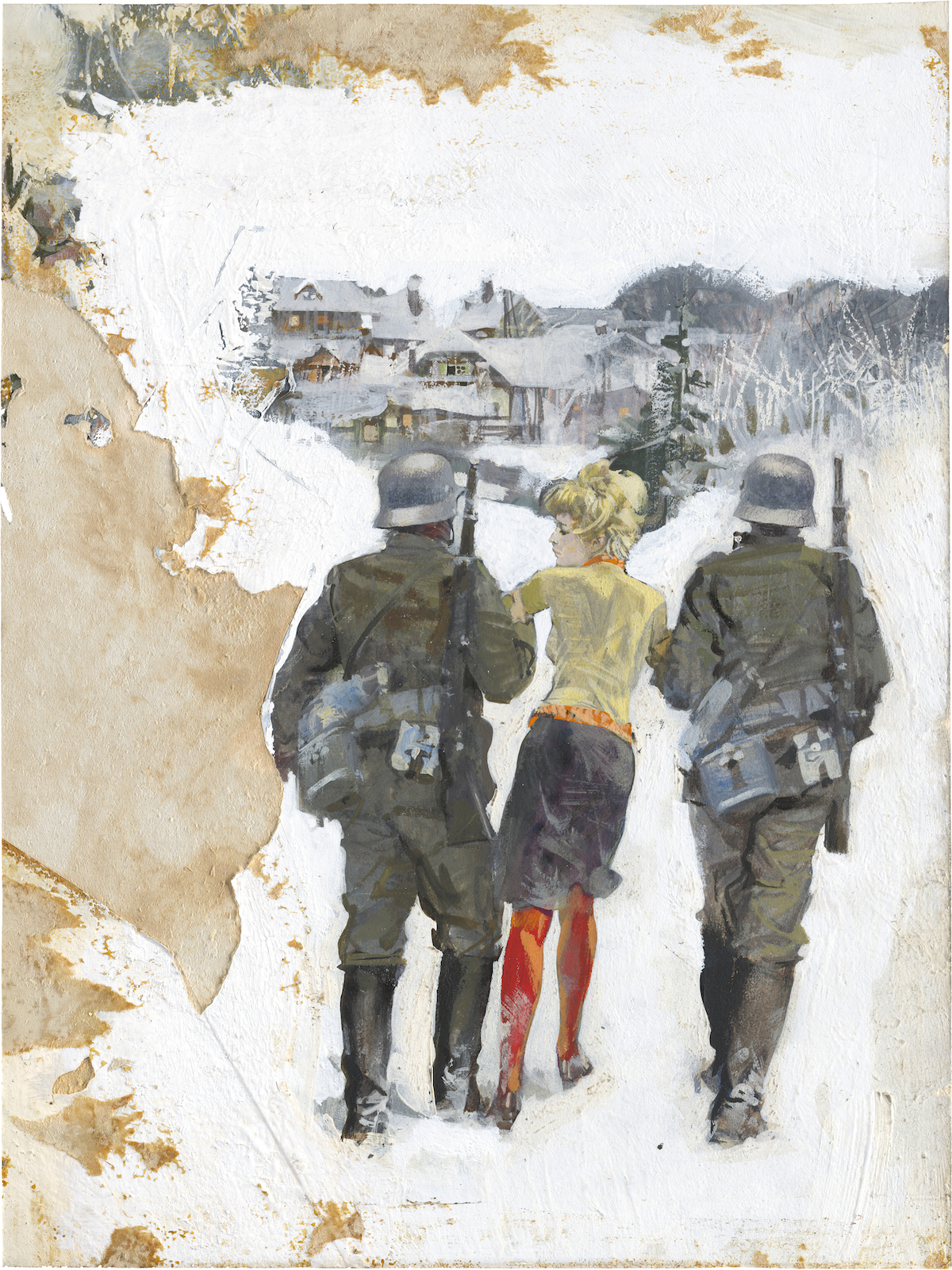 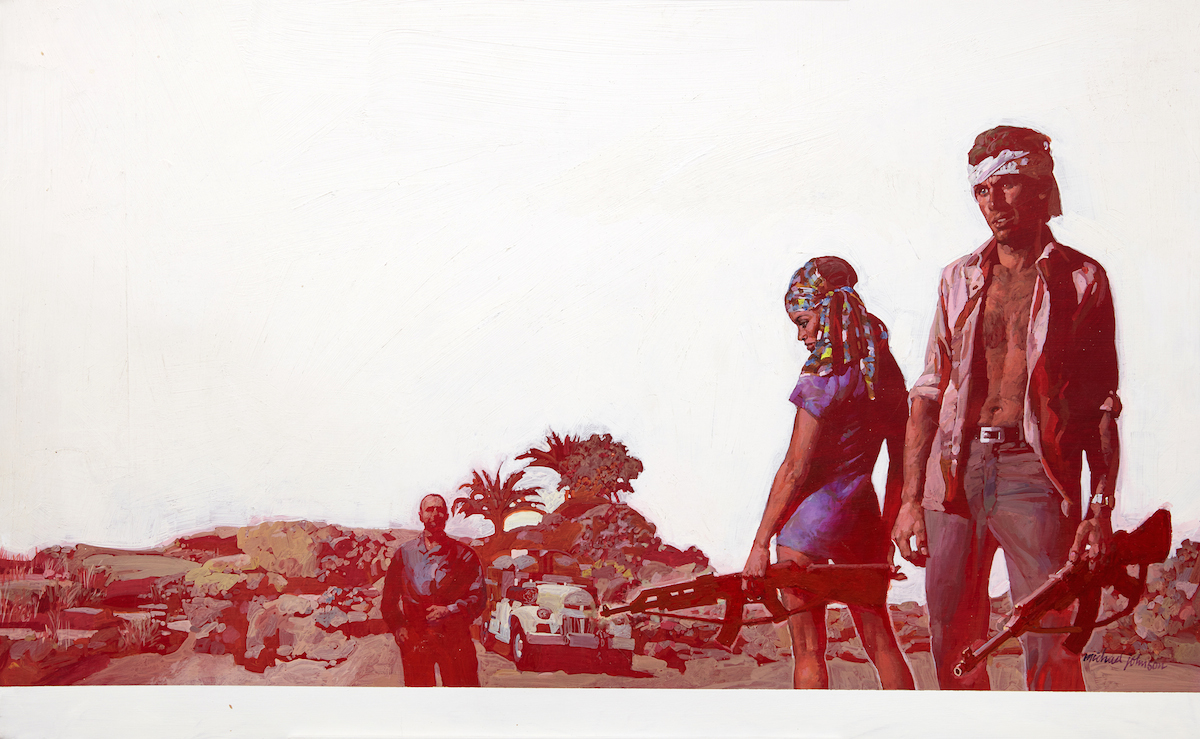 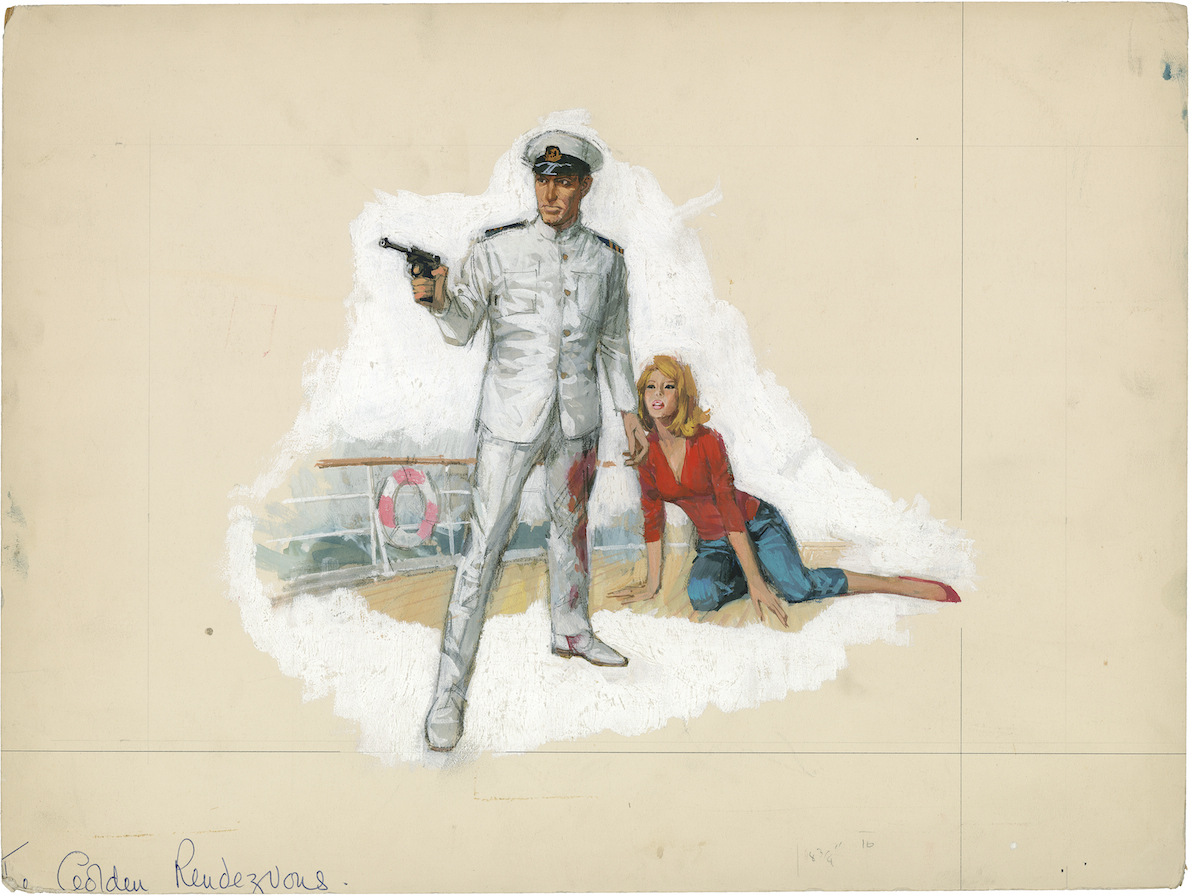 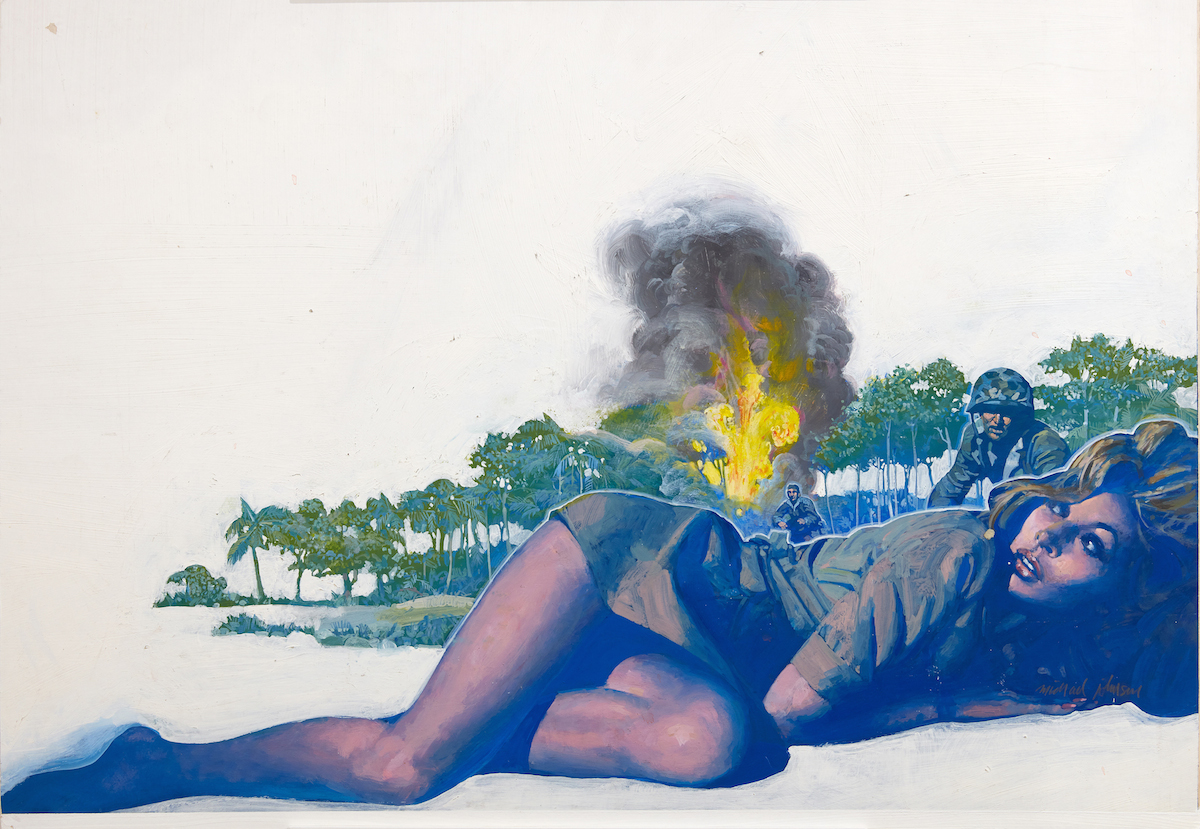 All images via the Lever Gallery, where the exhibition Uncovering The Sixties and Seventies runs until March 24 2018.