SNAPSHOT: Dr. Michael Ash, 44-year-old British medical specialist, on the beach at Bexhill, England on Sept. 7, 1962, supplies his family with Strontium-87 lollipops which he says can combat radioactive fallout. Immunisation he says is accomplished with the sugar sweetened and flavoured strontium lollipops made of seaweed and strontium rock found near Chipping Sodbury where BritainÂ’s leukaemia rate is lowest. Ash, with him from left to right: David, 14, who helps make the lollipops; Jennifer, 16; Mrs. Ash with Richard, 1; Timothy, 15; Simon, 12; Stephen, 11; Mary, 9 and Peter 7. 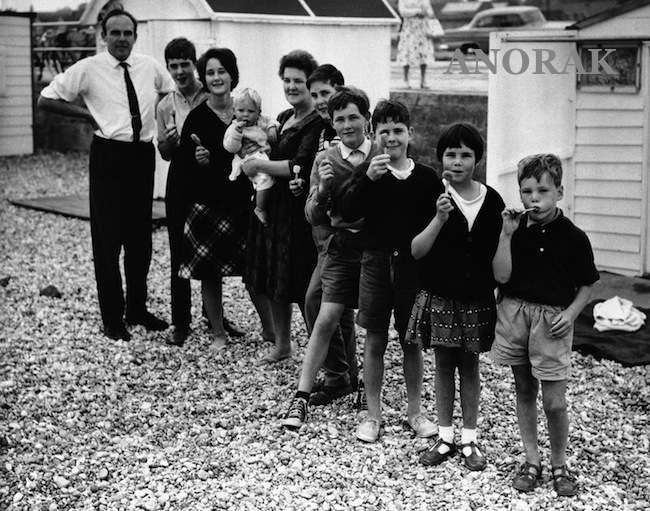