FELIX Baumgartner jumped to Earth from 128,000 feet. Before him, the highest jump has been performed by Joseph W. Kittinger Jr., who made the record jump from 102,800 ft in 1960. Kittinger, a Captain in the US Air Force, had no sponsor. His mission was to test the effectiveness of Francis F. Beaupre’s parachute. Supersonic flight at high altitude was great. But what if the pilot had to eject? Would the parachute work? The jump was part of Project Excelsior. Up Kittinger went in an open gondaler over Tularosa, New Mexico. And then…he jumped: 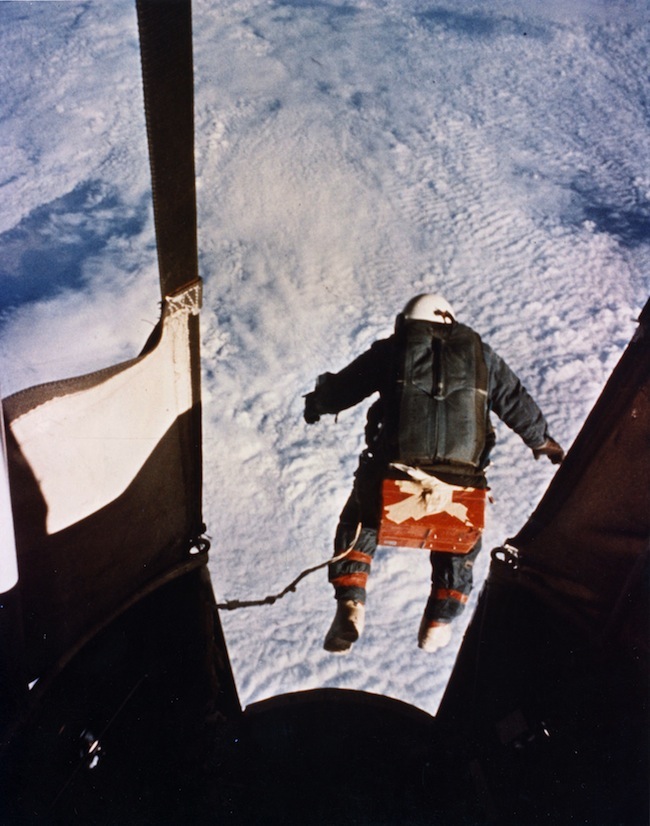