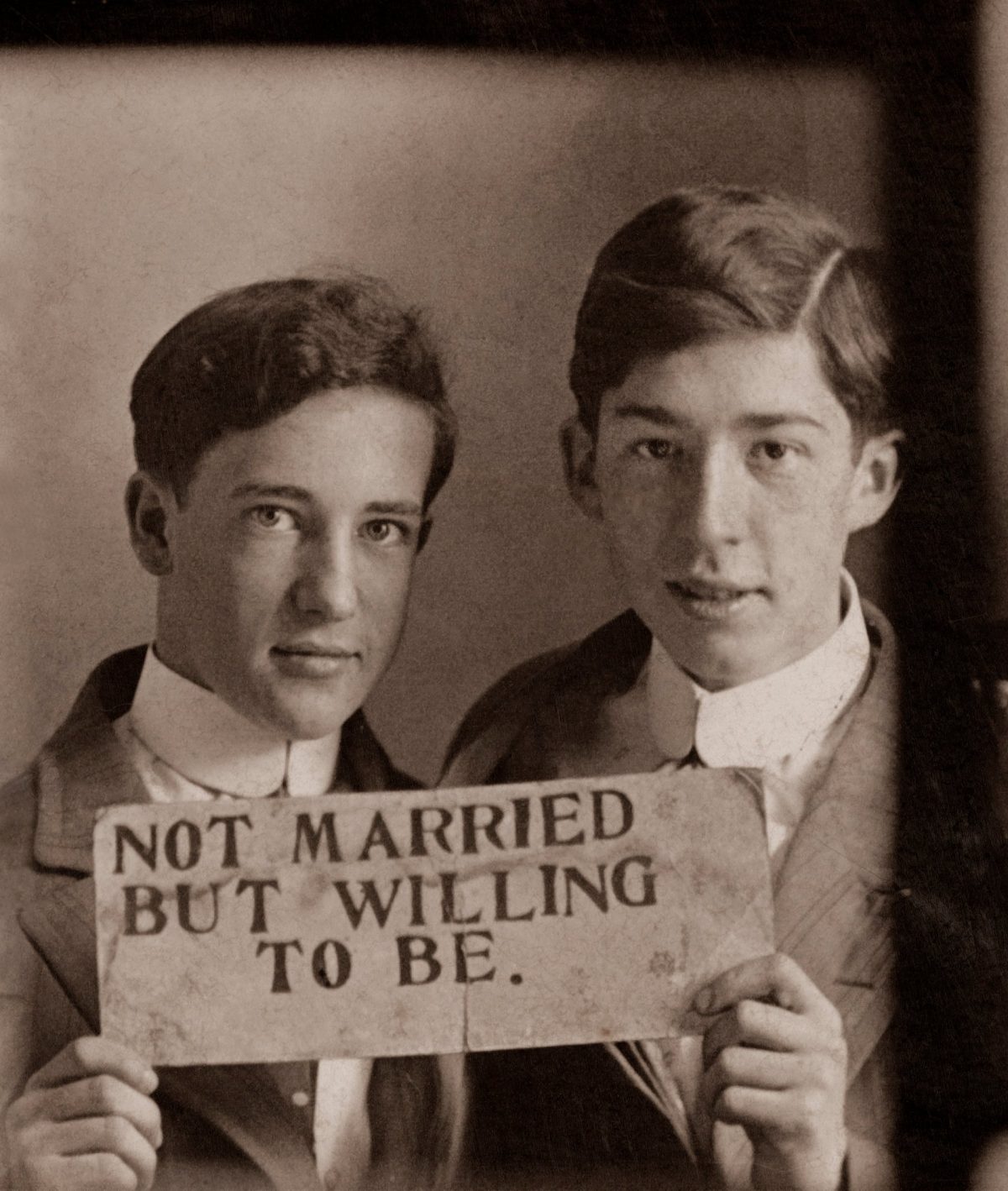 Gay love is love. Gay sex is love. In Loving: A Photographic History of Men in Love 1850s–1950 we see men loving men in various ambrotypes, daguerreotypes, glass negatives, tintypes, cabinet cards, photo postcards, photo strips, photomatics and snapshots. Pictures of love should raise a smile. But when love is outlawed, these images show us how far we’ve come and in many places still have to travel. Life is hard. To live a secret life when love between consenting adults is banned and censured by people sure they know better risk making the difficult unbearable.

“Our collection began when we came across an old photo that we thought was one of a kind. The subjects in that vintage photo were two young men, embracing and gazing at one another – clearly in love. We looked at that photo, and it reflected us back to ourselves. We were intrigued that a photo like that could have survived into the 21st century. Who were they? And how did their snapshot end up at an antique shop in Dallas, Texas?

“In the beginning, we acquired photos because they spoke to us personally. Soon, we were actively looking for them. As we came across more and more, there was a sense that we were involved in some kind of rescue mission. These photos had stood the test of time for somewhere between 70 and 170 years, and we were now the custodians of these unlikely survivors of a world that is only just beginning to catch up.” 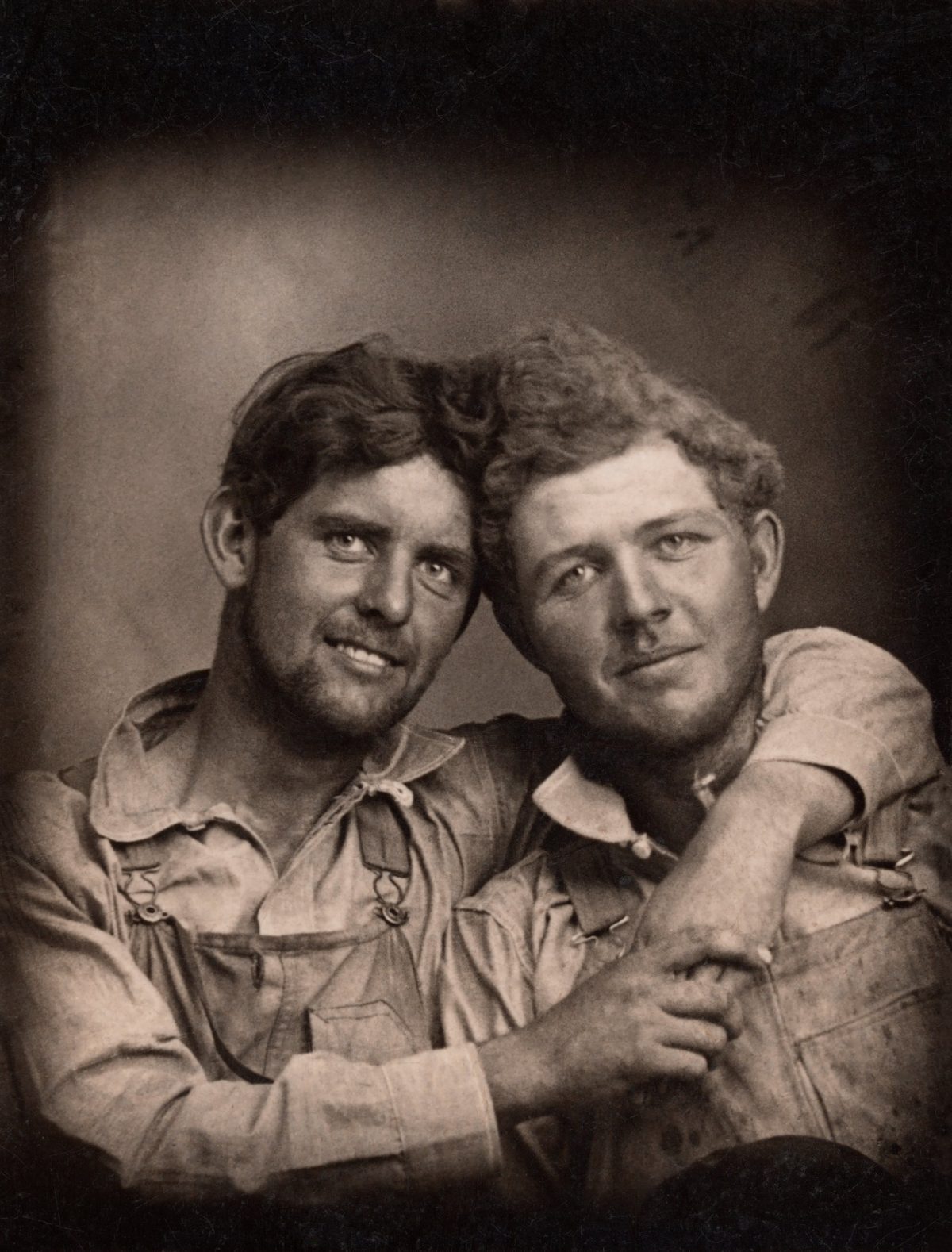 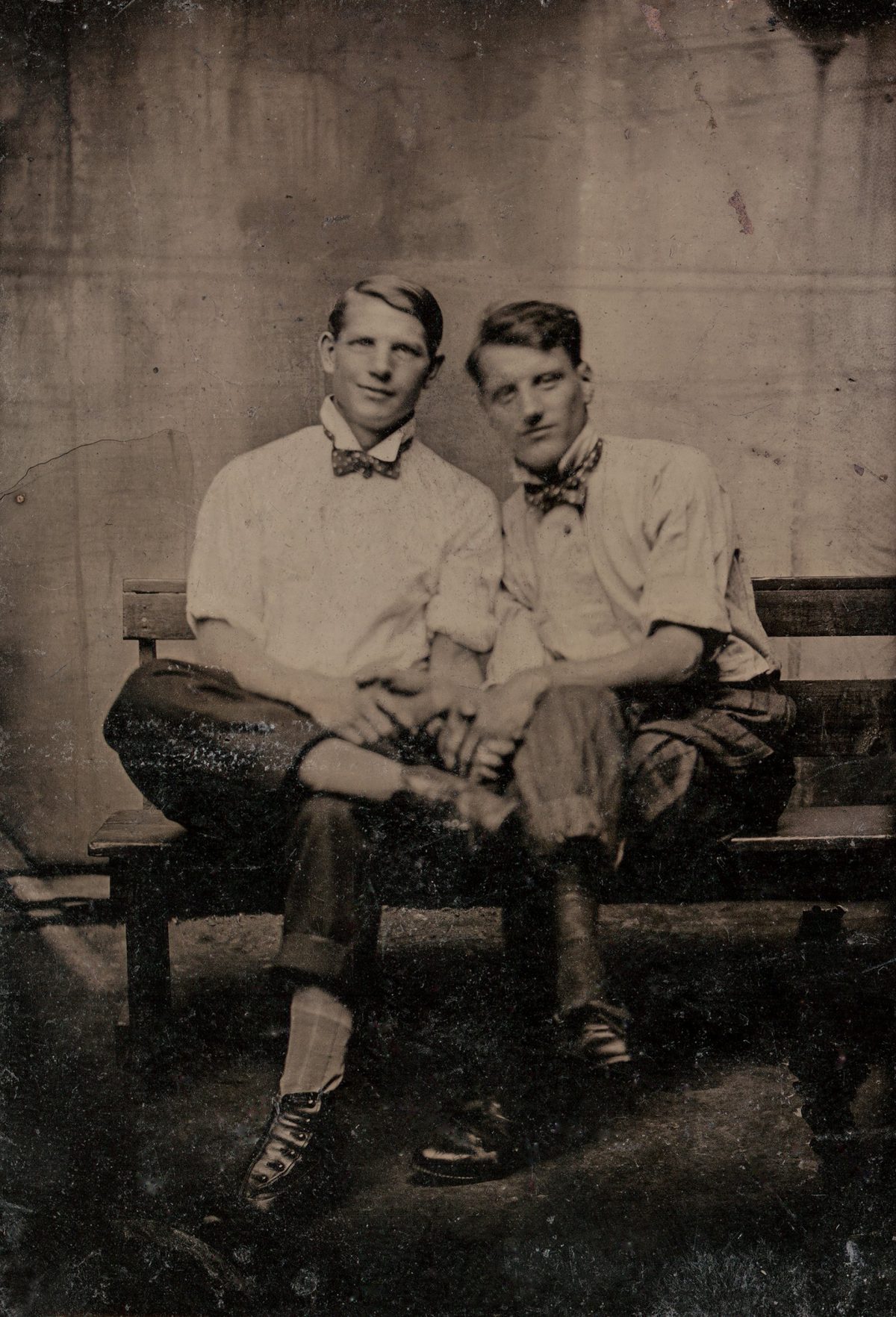 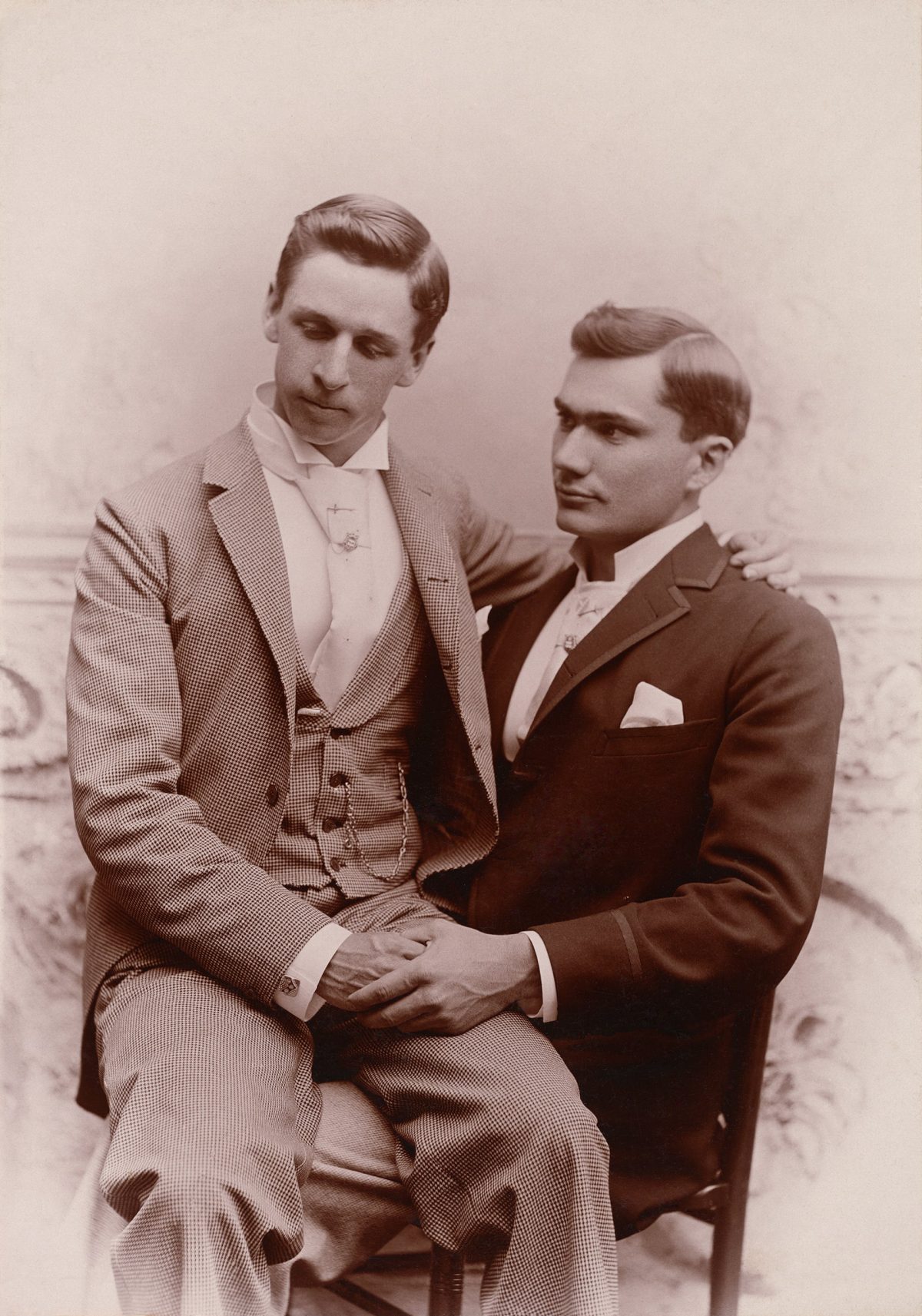 Cabinet card: Circa 1880. Provenance: US. Note on back: “McInturff, Steve Book, Delaware O.” 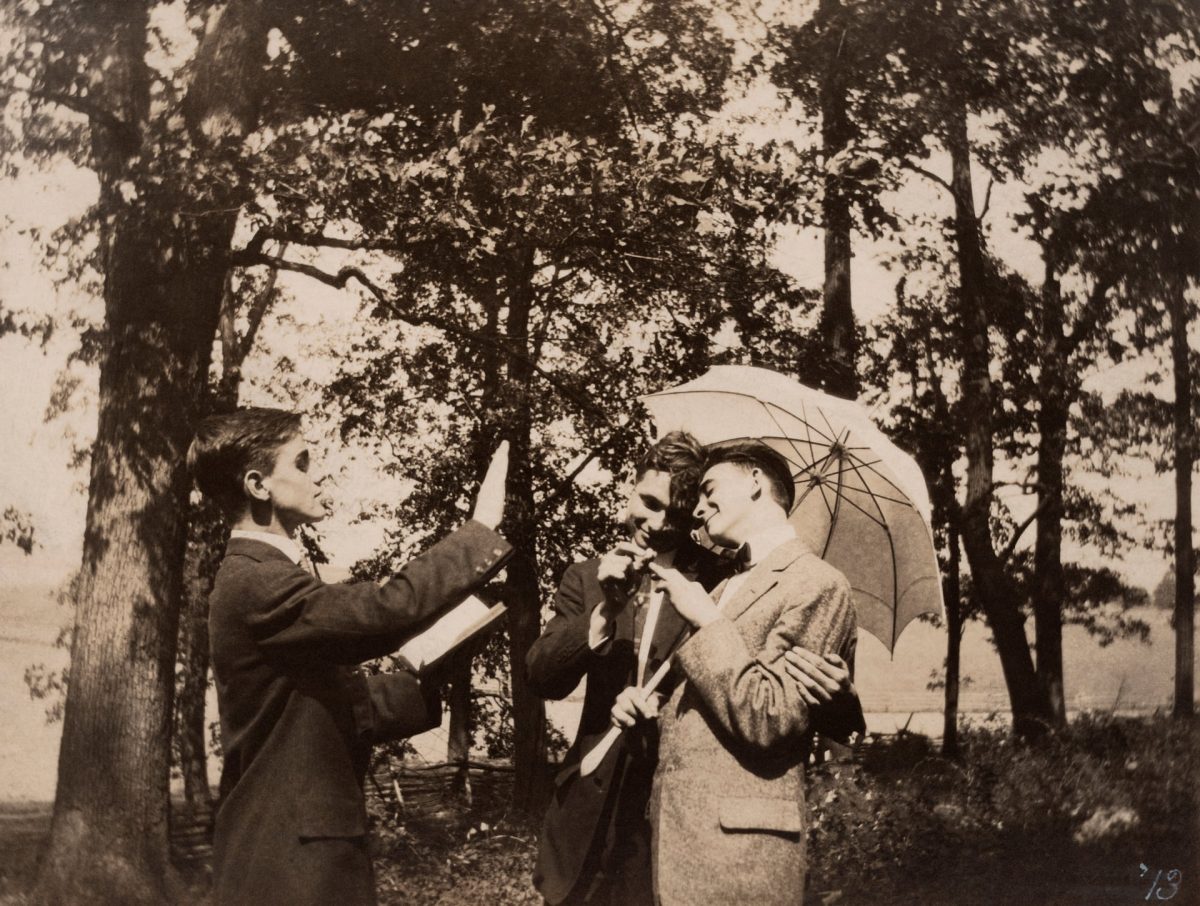 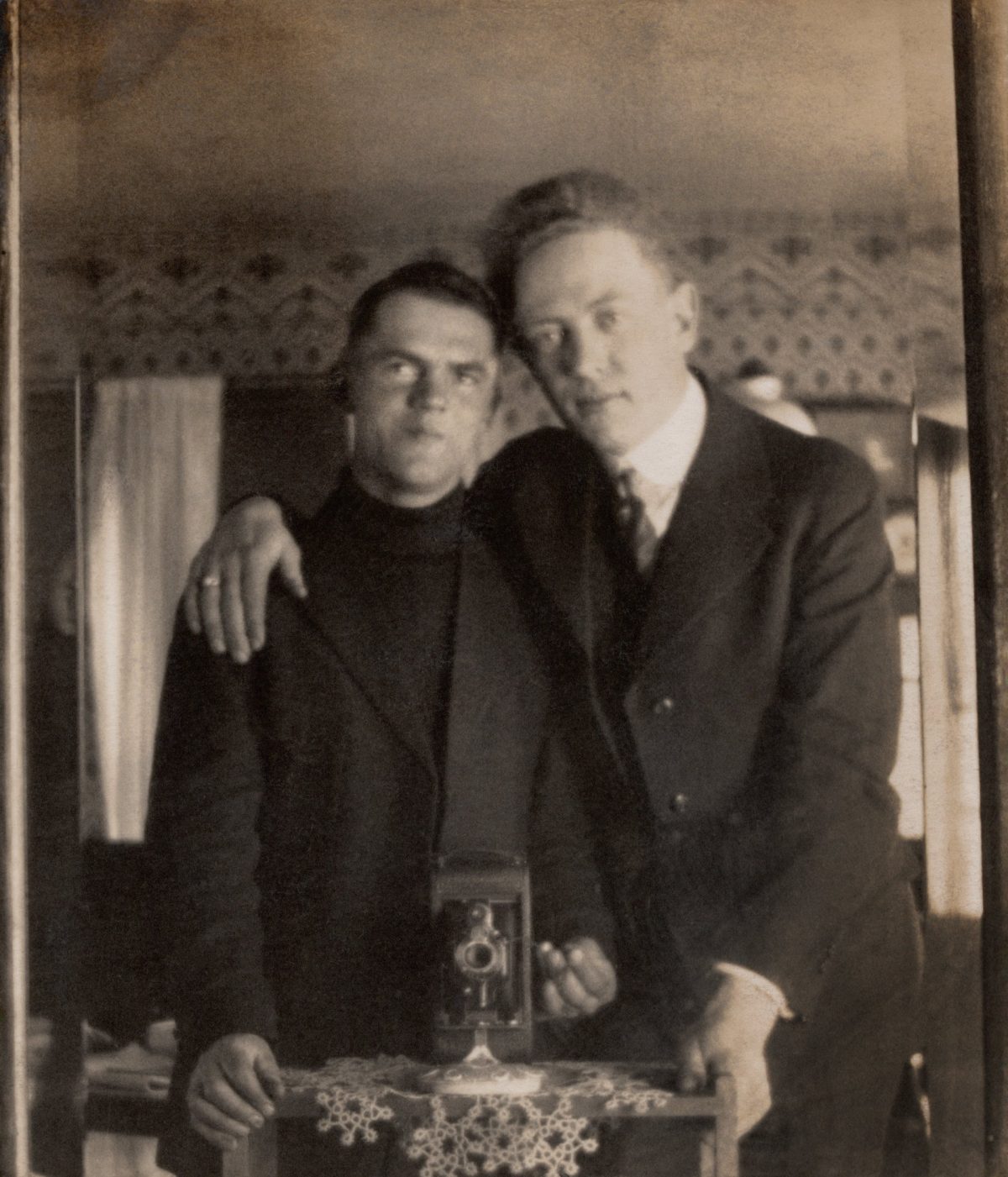 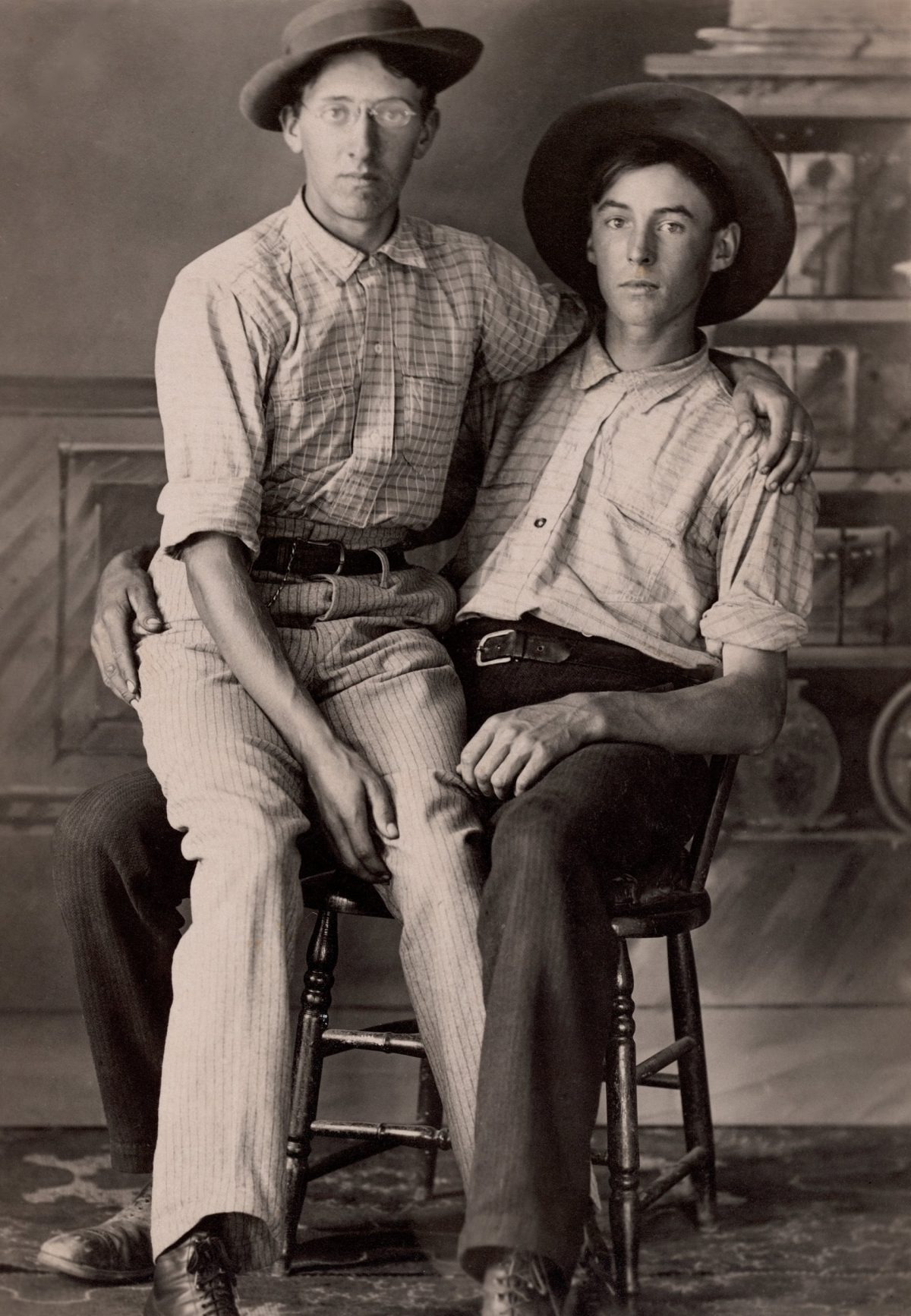 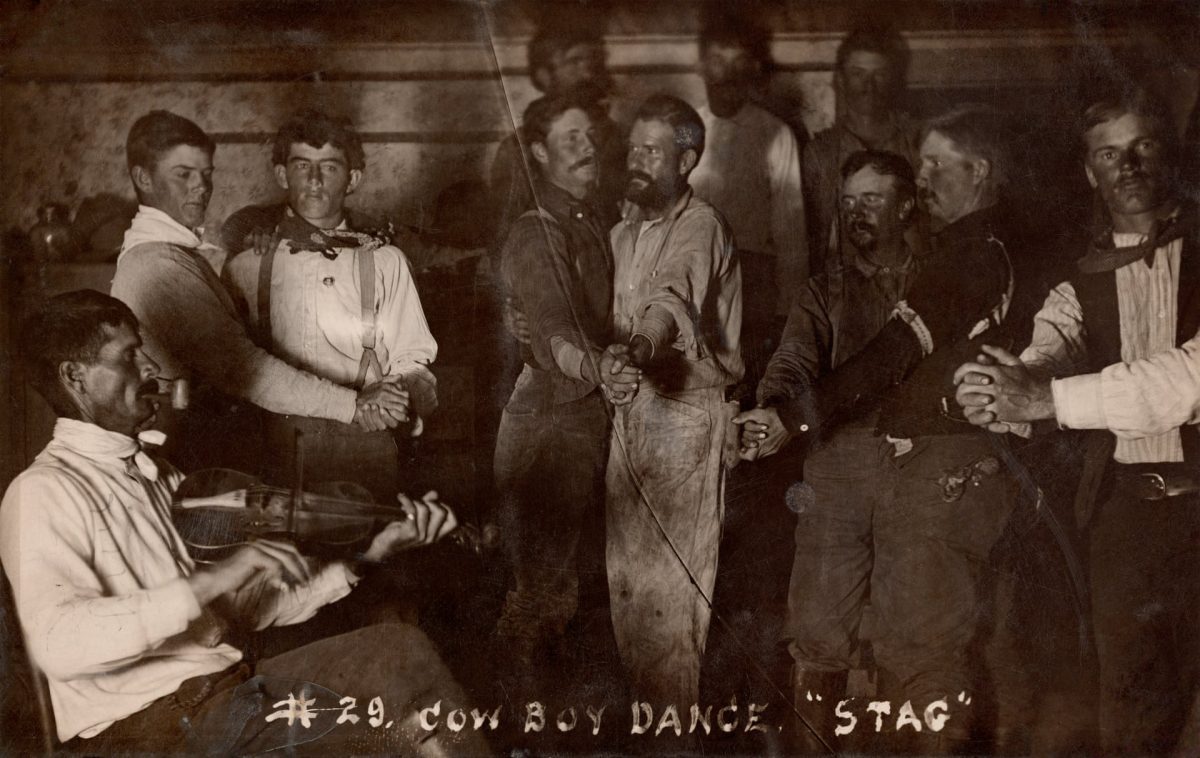 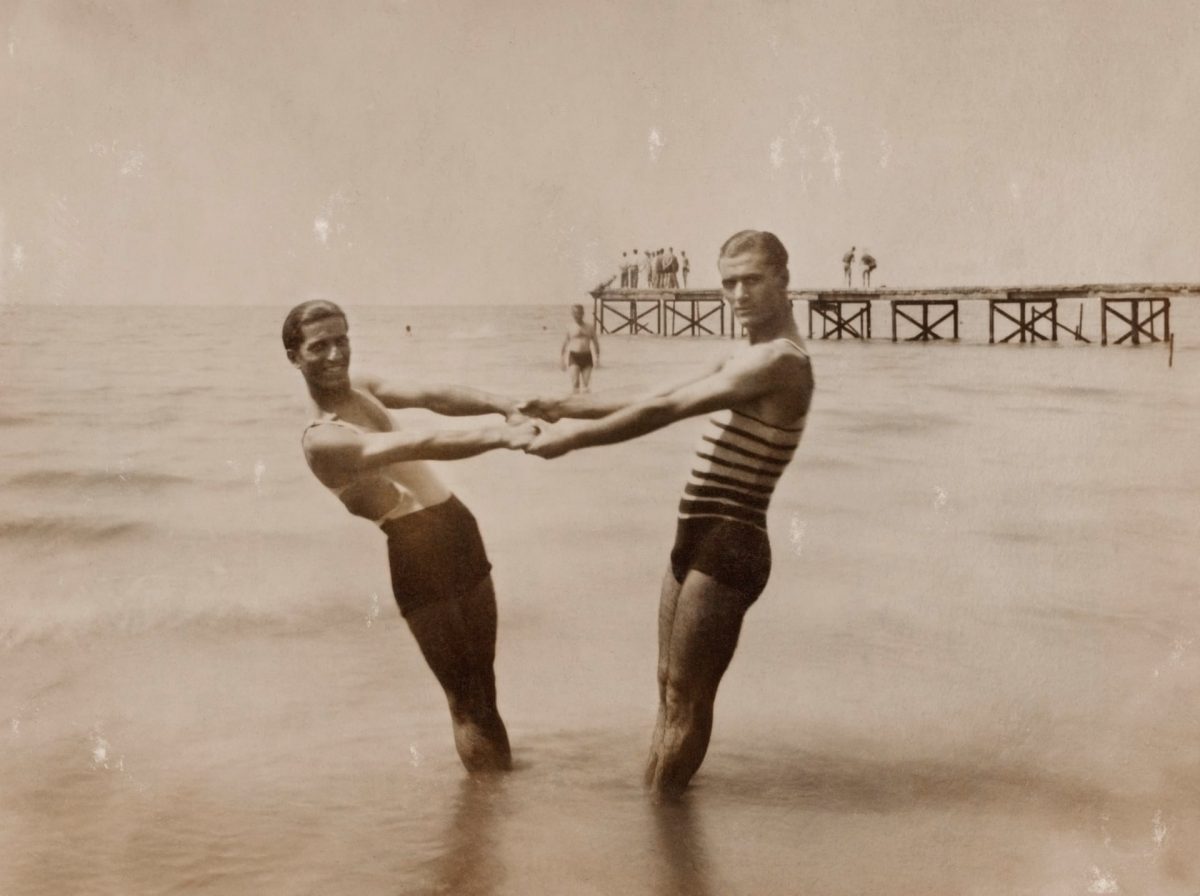 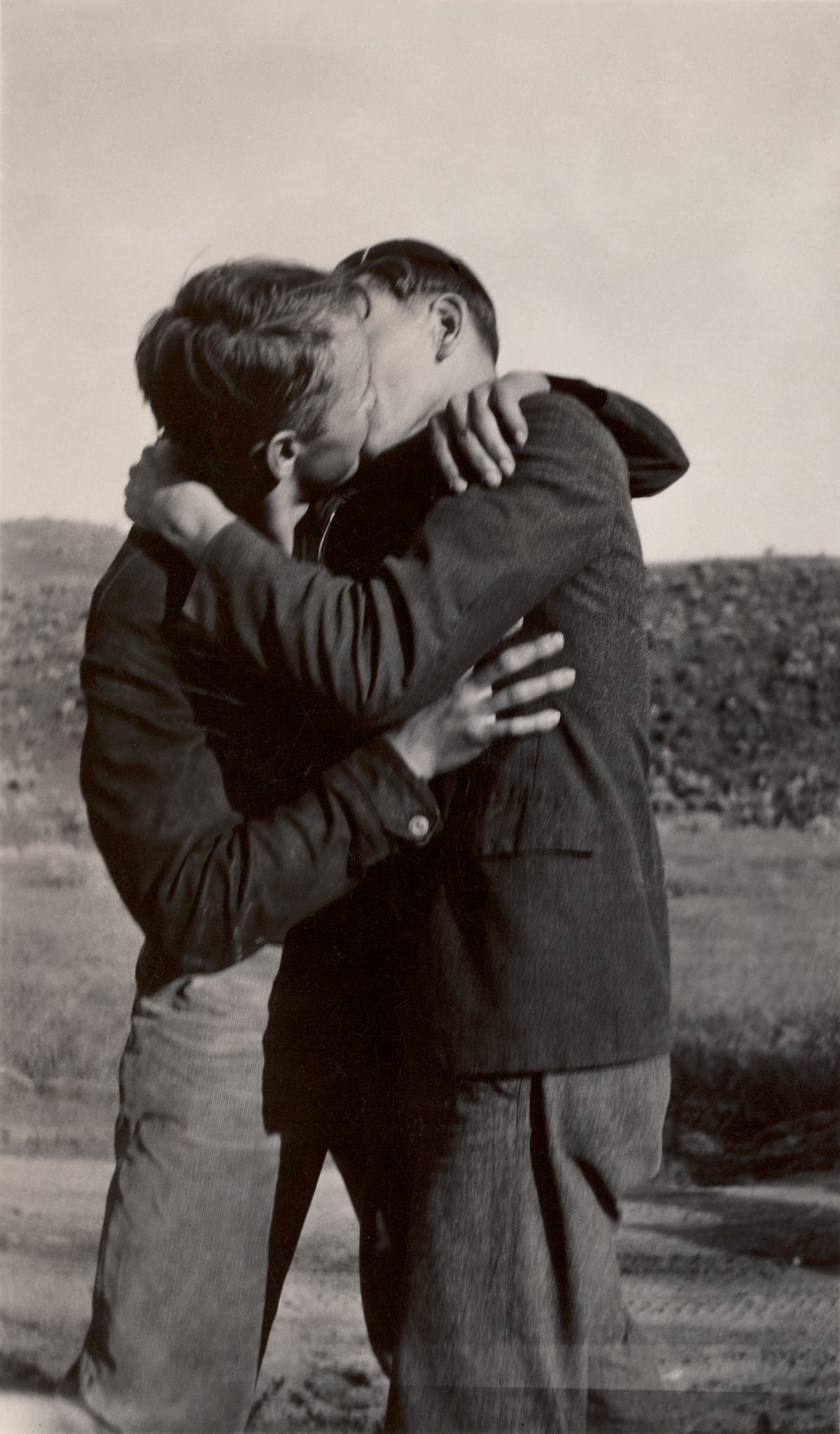 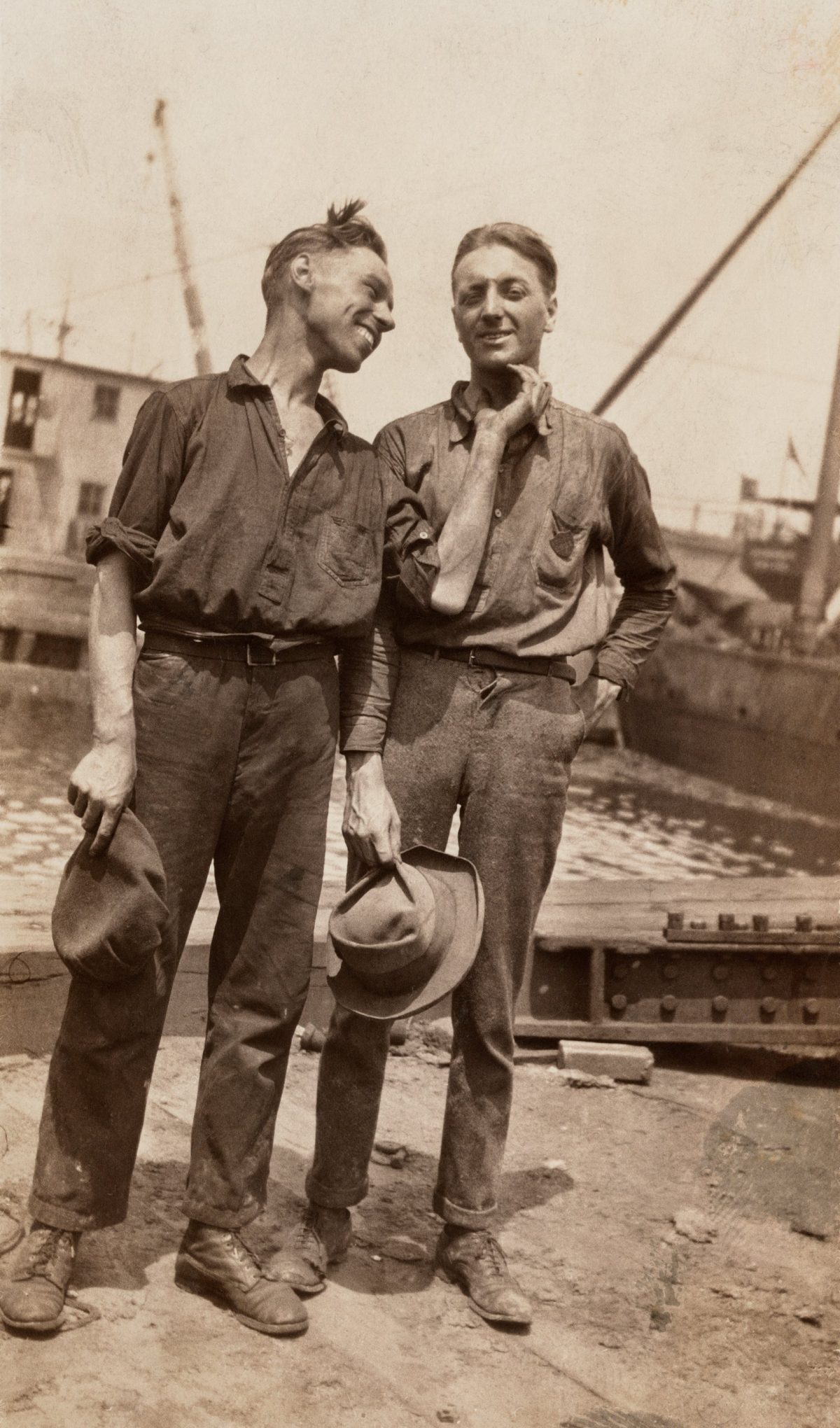 1945 – Provenance: US/photo taken in Austria
‘In 1945, these two soldiers had hiked up into the Austrian Alps and a friend took their picture as they embraced in the snow. One soldier kept these snapshots hidden in a shoebox until the early 1990s when he handed them to a relative, along with the ring that he was wearing in the Alps photo, with the request: “Please keep these safe for me.” According to the relative, the soldier, nearing the end of his life, wanted to preserve the one thing that meant more to him than anything else. He passed away two years later.’ 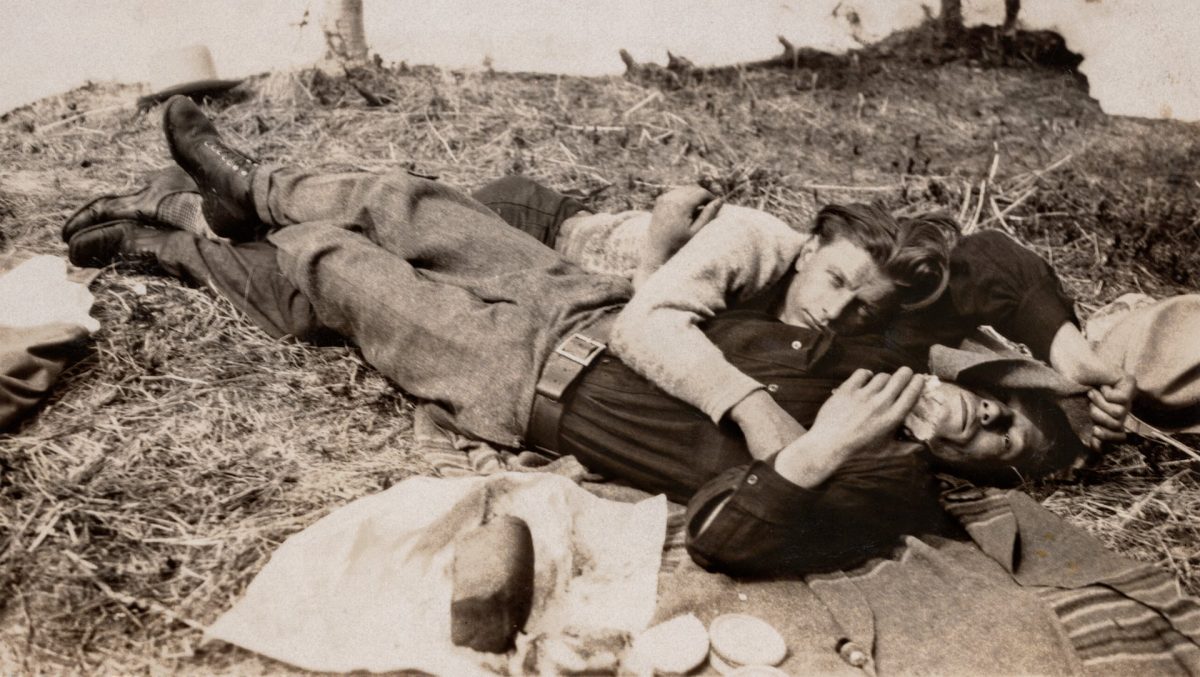 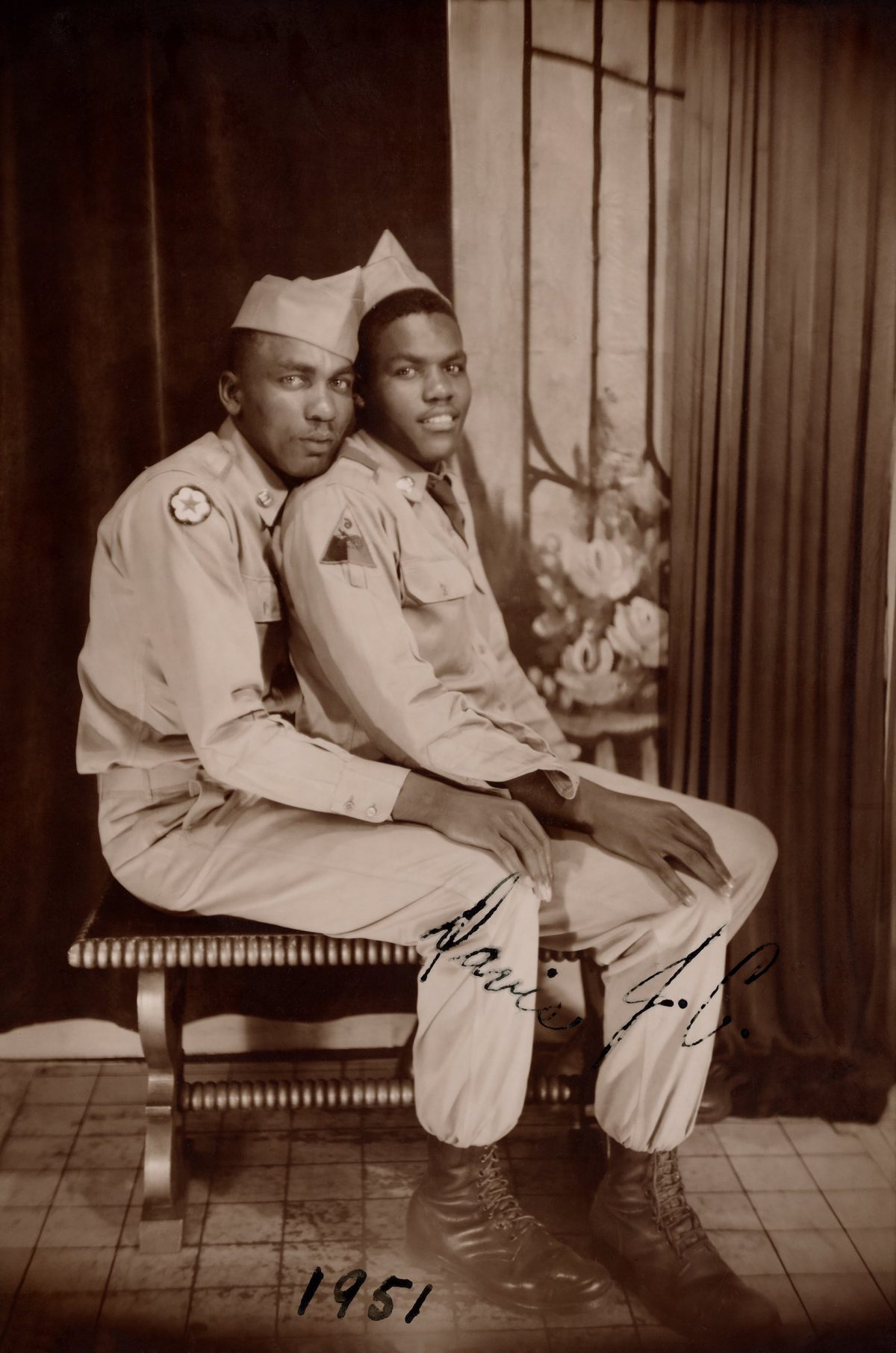 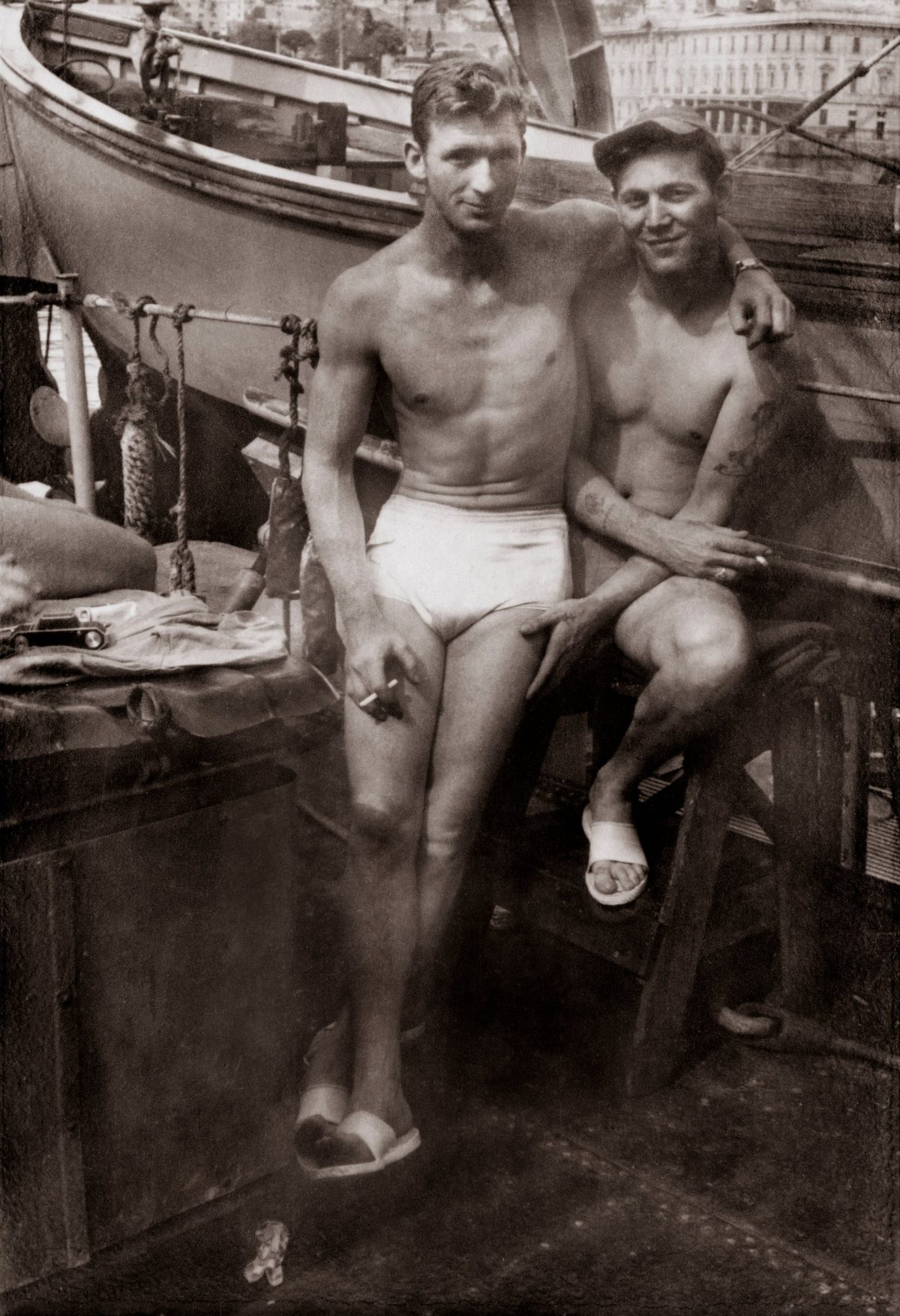 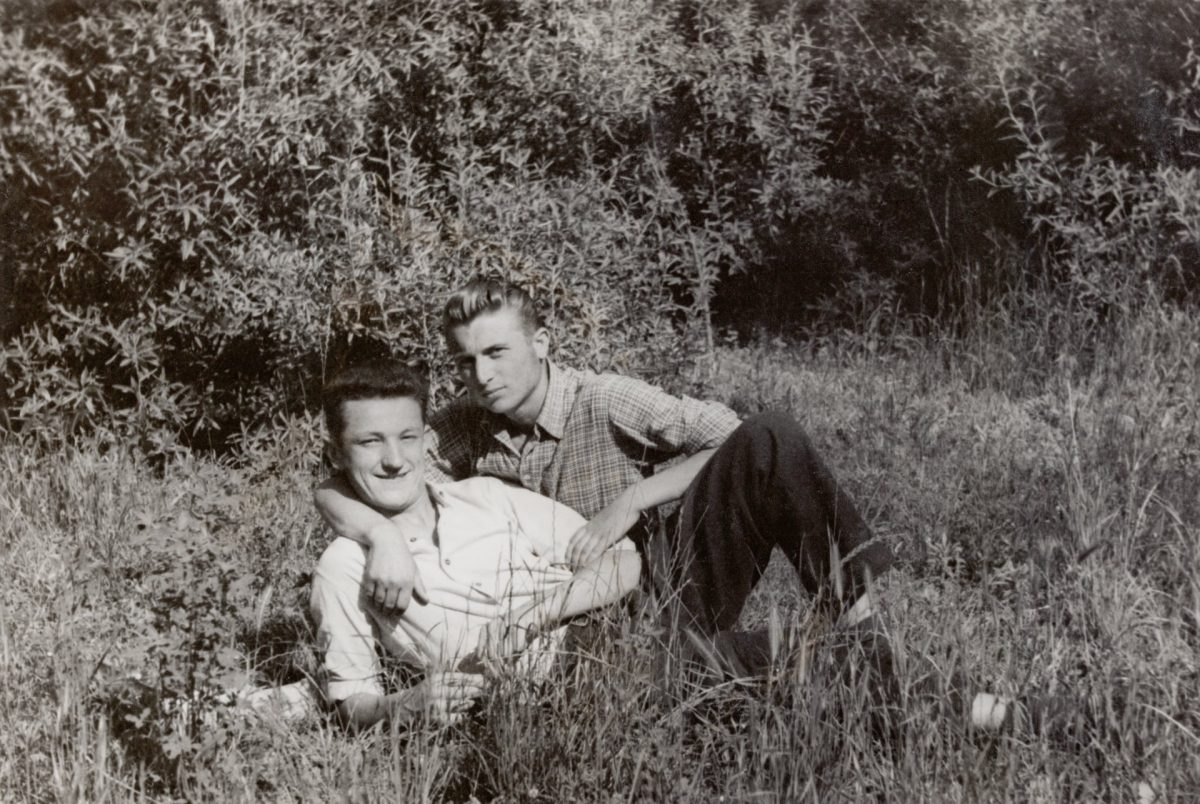 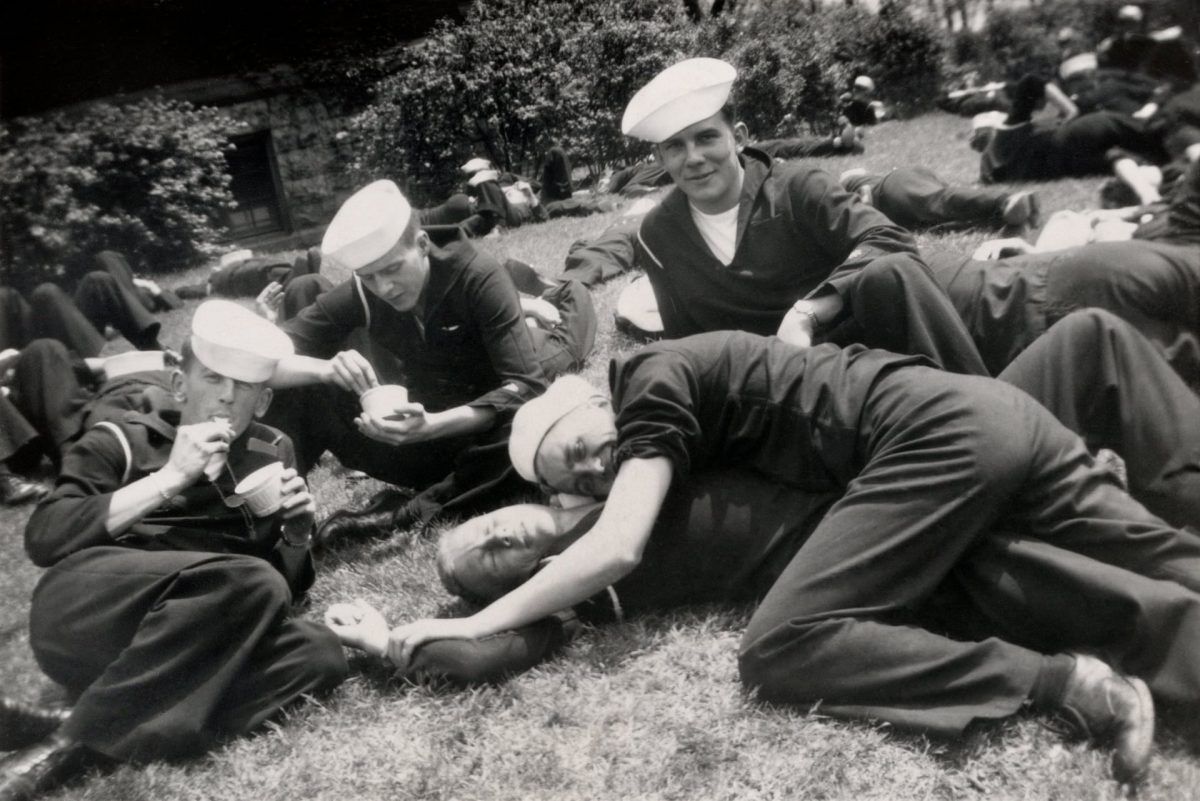 “Ice cream is good on a hot day, Smith & Wade still in love?”

Buy: In Loving: A Photographic History of Men in Love 1850s–1950. Pictures via the Nini-Treadwell Collection.