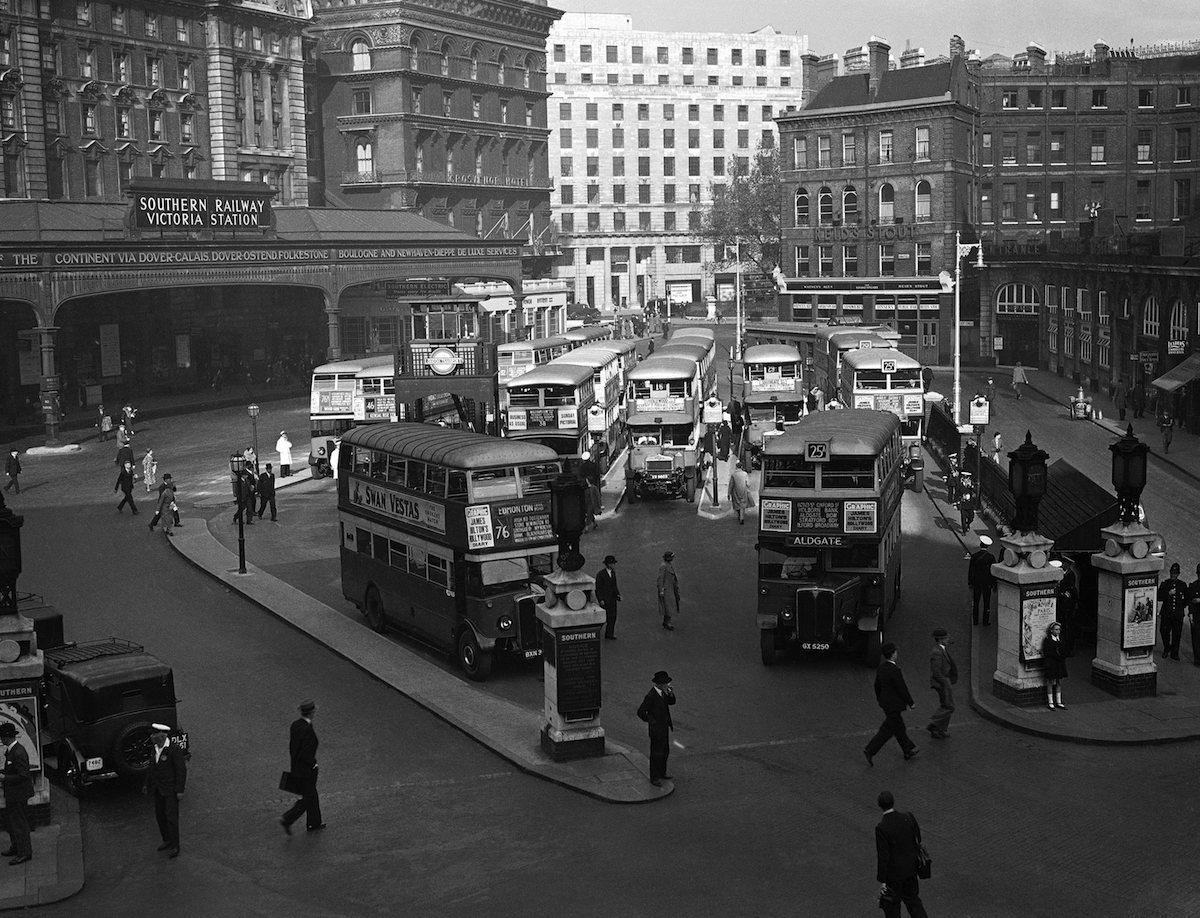 Following the decision of the executive council of the transport and general workers’ union to end the strike of London passenger transport board busmen, the 25,000 drivers and conductors who have been idle for almost a month, Kent back to work again. It is expected that the new agreement to be negotiated between the union and the board will embody all the men’s demands except the ½ hour day, which, the board claims, is too costly. Buses in the terminal park outside Victoria station on May 28. The yard has been deserted during the month’s strike. (AP Photo)