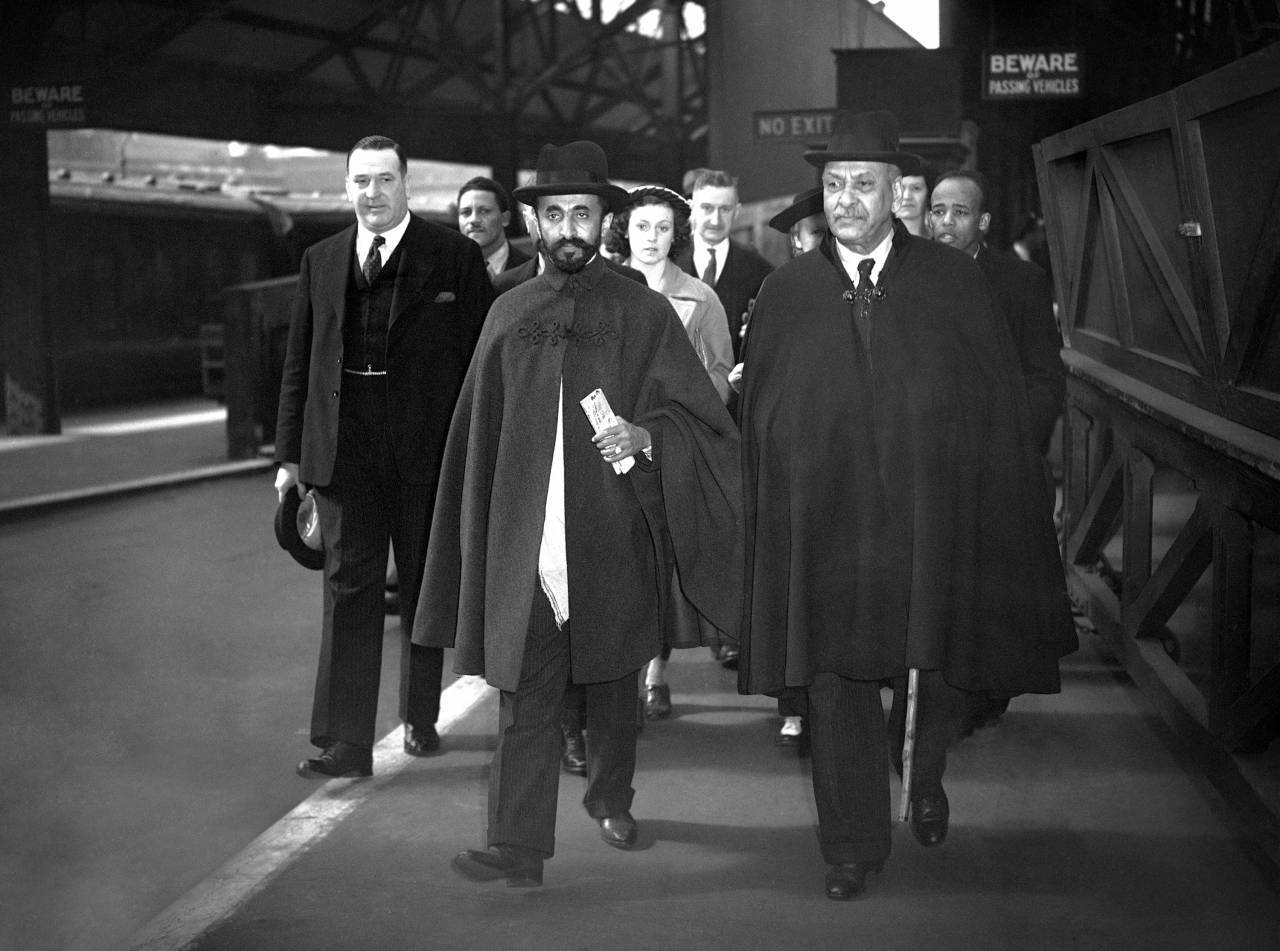 Emperor Haile Selassie, once ruler of rolling Abyssinia, returned, a tragic, defeated figure with downcast eyes. He returned from Geneva where he had made a last bid to secure the League Councils repudiation of Mussolinis claims to sovereignty over Abyssinia. The Negus Haile Selassie, walking from the platform at Victoria Station in London, on May 14, 1938, on his return from Geneva. (AP Photo)