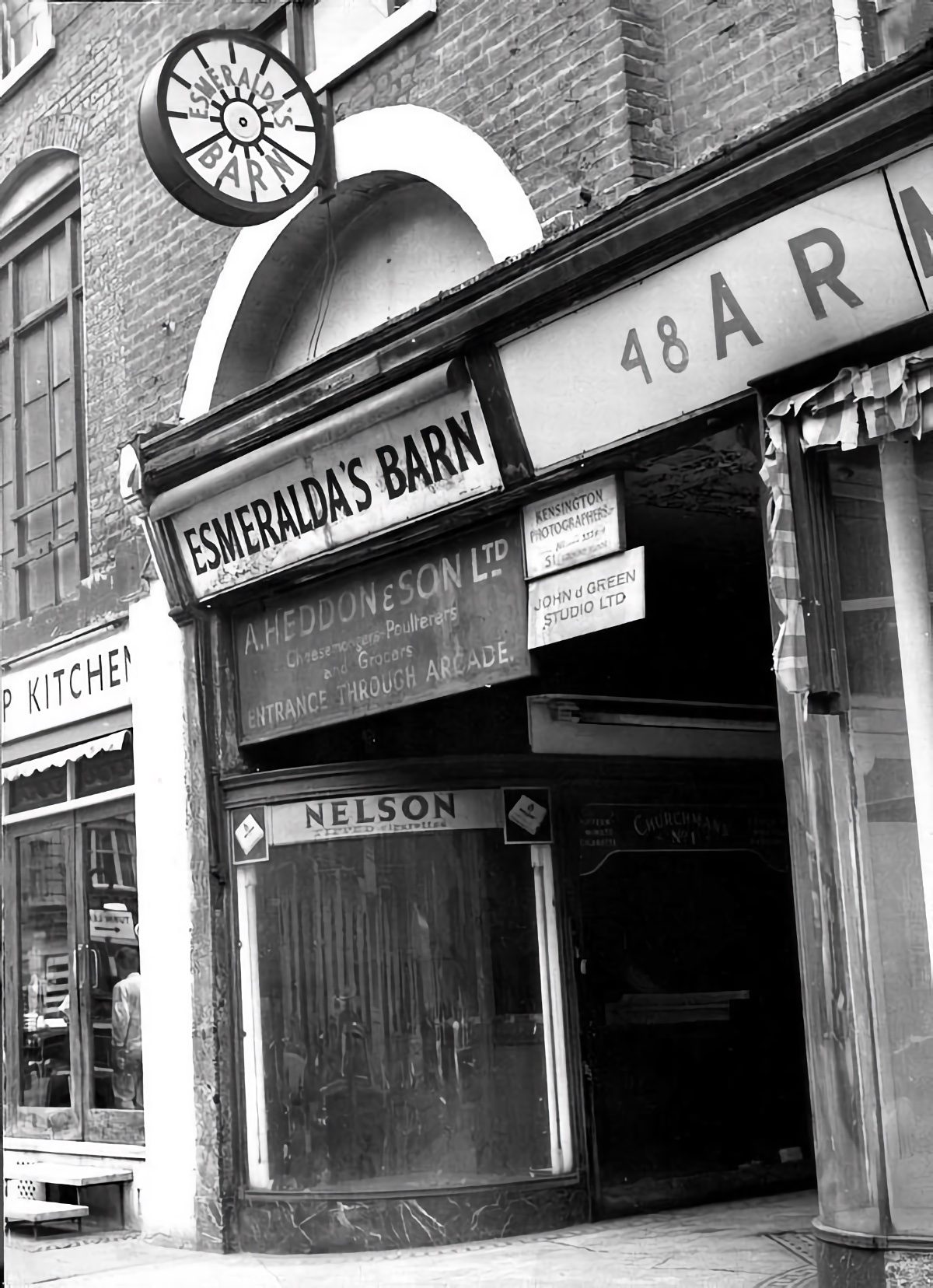 On 27 July 1967, the Sexual Offences Act received royal assent after an intense late-night debate in the House of Commons. Ten years after the Wolfenden Report was initially published, it decriminalised homosexual acts in private between two men. Lord Arran, in an attempt to minimise criticisms that the legislation would lead to further homosexual civil rights, made the following qualification to this ‘historic’ milestone: ‘I ask those [homosexuals] to show their thanks by comporting themselves quietly and with dignity … any form of ostentatious behaviour now or in the future or any form of public flaunting would be utterly distasteful.’ 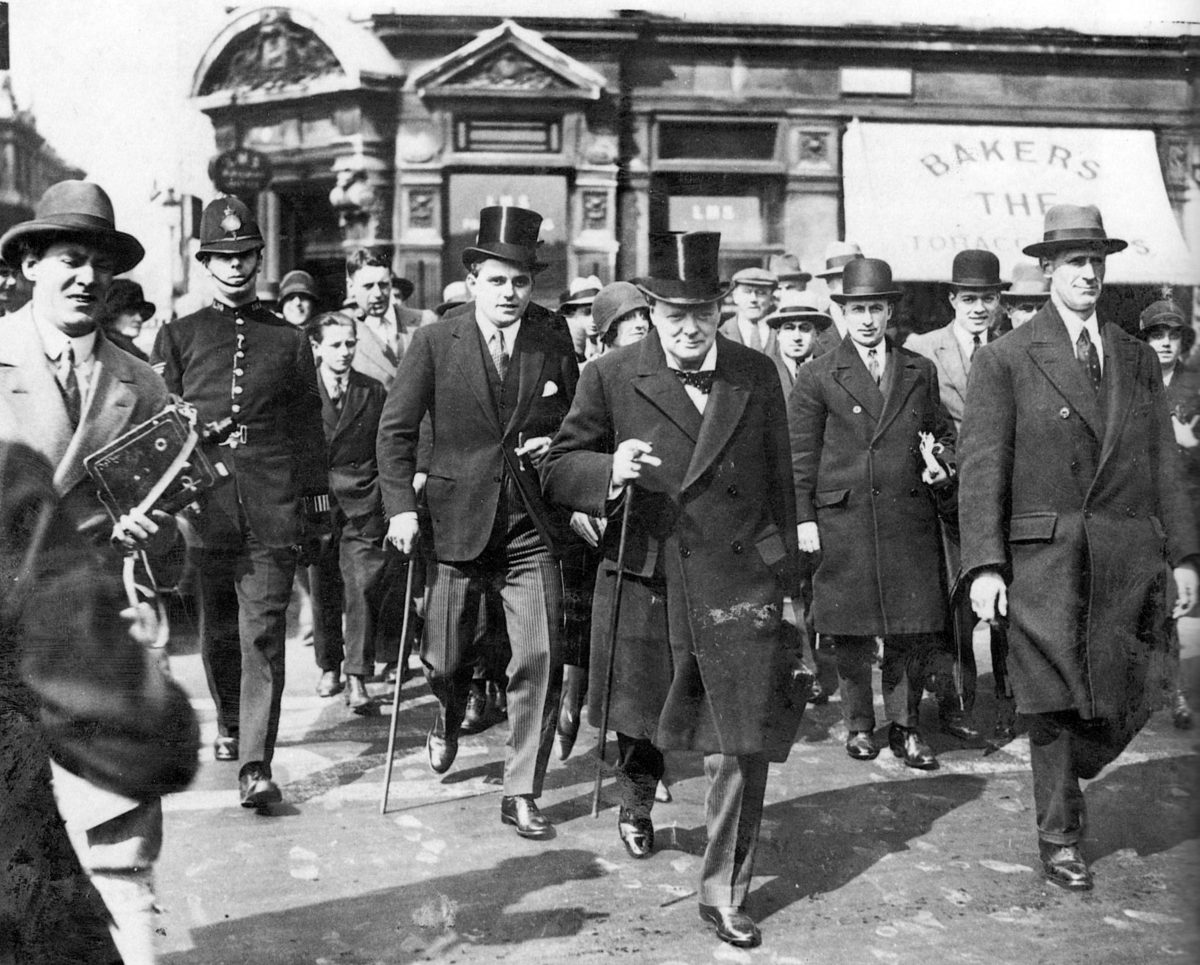 There had long been rumours that one of the country’s most famous politicians Lord Boothby, once Winston Churchill’s Parliamentary Private Secretary from 1926 to 1929, was comporting himself neither quietly or with any dignity. As usual, especially for the time, newspapers refused to report anything untoward in his private life. A few hints broke through, however. In 1959, the Daily Express reported, with the headline ‘THIEF “LETS DOWN” BOOTHBY’, that seventeen- year-old Robert Bevan, in the dock at Marlborough Street Magistrates’ Court, had been accused of stealing a gold watch and chain and a large gold coin, together worth £50. The court had been told that he phoned Lord Boothby to ask for help in finding a job, and as the lord’s manservant Goodfellow was away the young man was invited to help out in his flat in Eaton Square. Boothby was reported to have said: ‘He is very young – I think the temptation was too great.’ It was never known whether he was talking about himself or the young man. 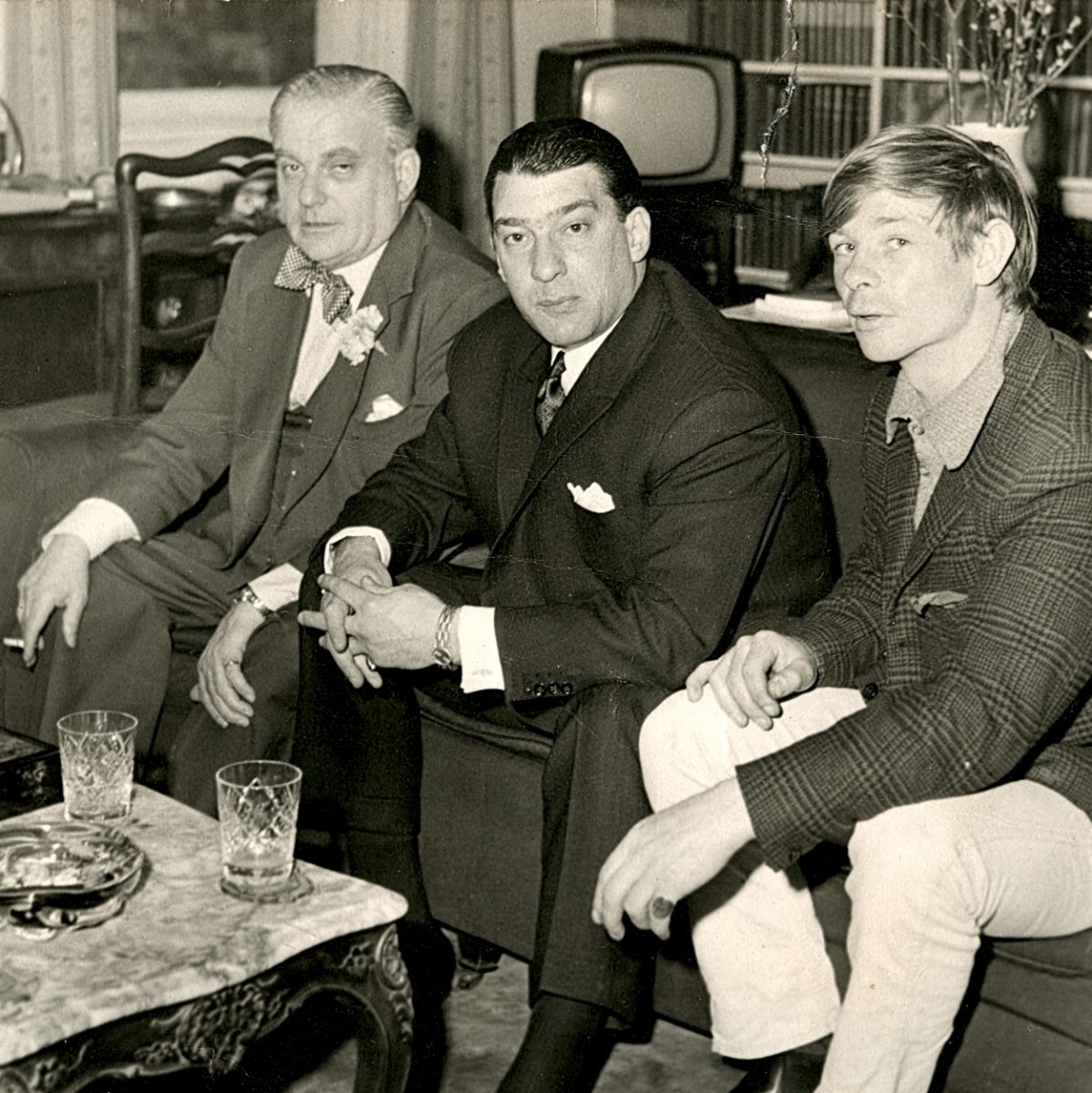 A few years later, in May 1963, a month or so before John Profumo admitted to having had an affair with Christine Keeler, the Daily Express reported about another seventeen-year-old boy who had been sent to borstal, this time for trying to cash a £1,899 cheque of Boothby’s at the peer’s bank. The boy said that he had found the chequebook on the King’s Road, and when told the chequebook was still at Lord Boothby’s flat he said, ‘I lied about that, but all the rest is true.’ The Express wrote: ‘The riddle: How the cheque came into the possession of Buckley, a cloakroom attendant at Esmeralda’s Barn, Belgravia.’

Esmeralda’s Barn, in the 1950s, was a relatively conventional nightclub run by a man called Stefan de Faye and situated in Wilton Place in Knightsbridge, where the Berkeley Hotel now stands. After the Betting and Gaming Act of 1960 gambling became legal in the United Kingdom, and from 1961 de Faye turned Esmeralda’s Barn into a gambling club. The Act, which was intended to drive criminals out of gambling, instead proved a boon to them, as it enabled many of them to expand their empires legally. The Kray twins, who acquired Esmeralda’s, found it a lucrative venture. Charlie Kray once called it, “a three-tiered barn of gold, a licence to print money’. Although one of the twins associates David Litvinoff said, “They’ve turned the place into a ****ing Maltese restaurant’. 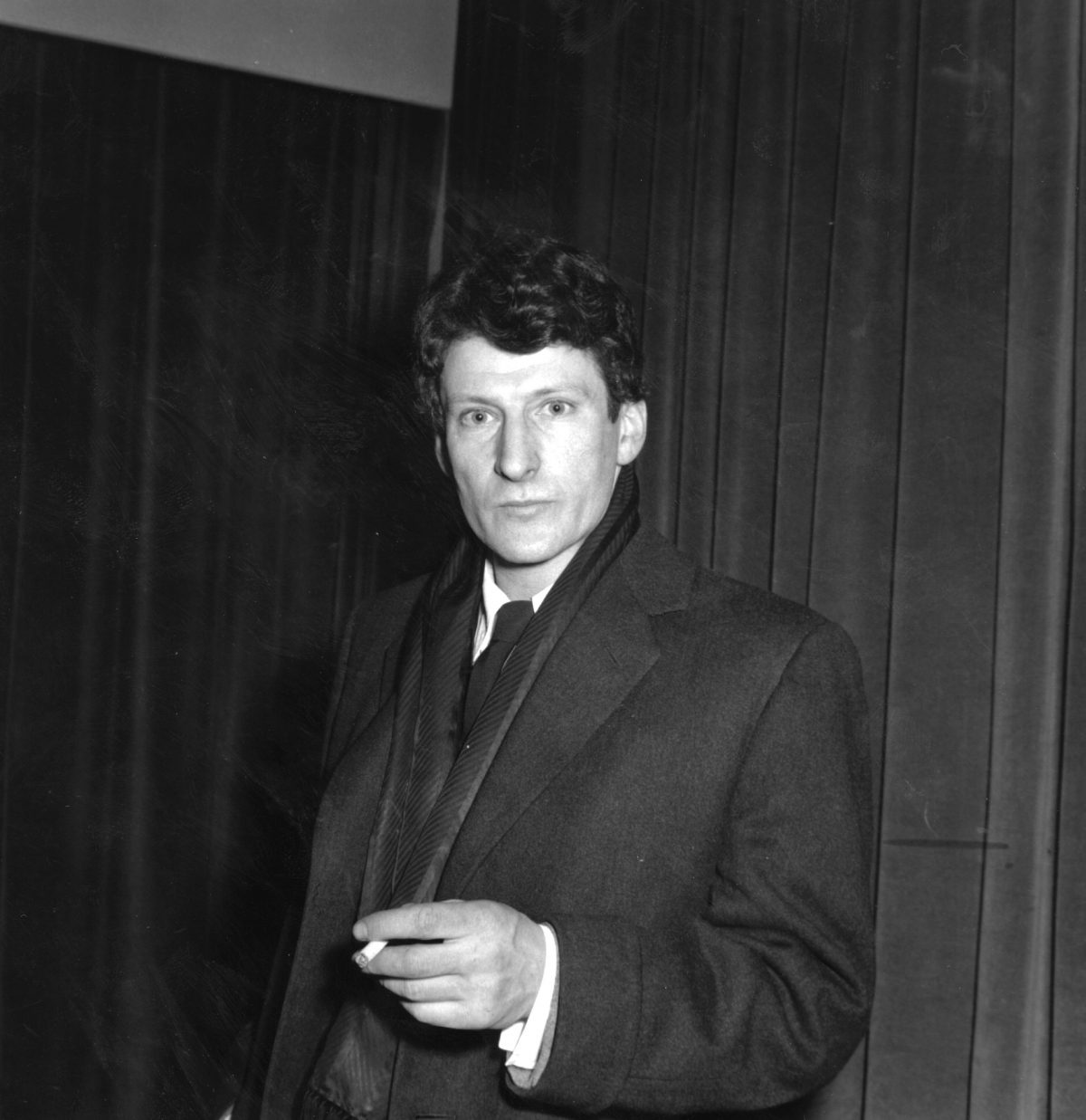 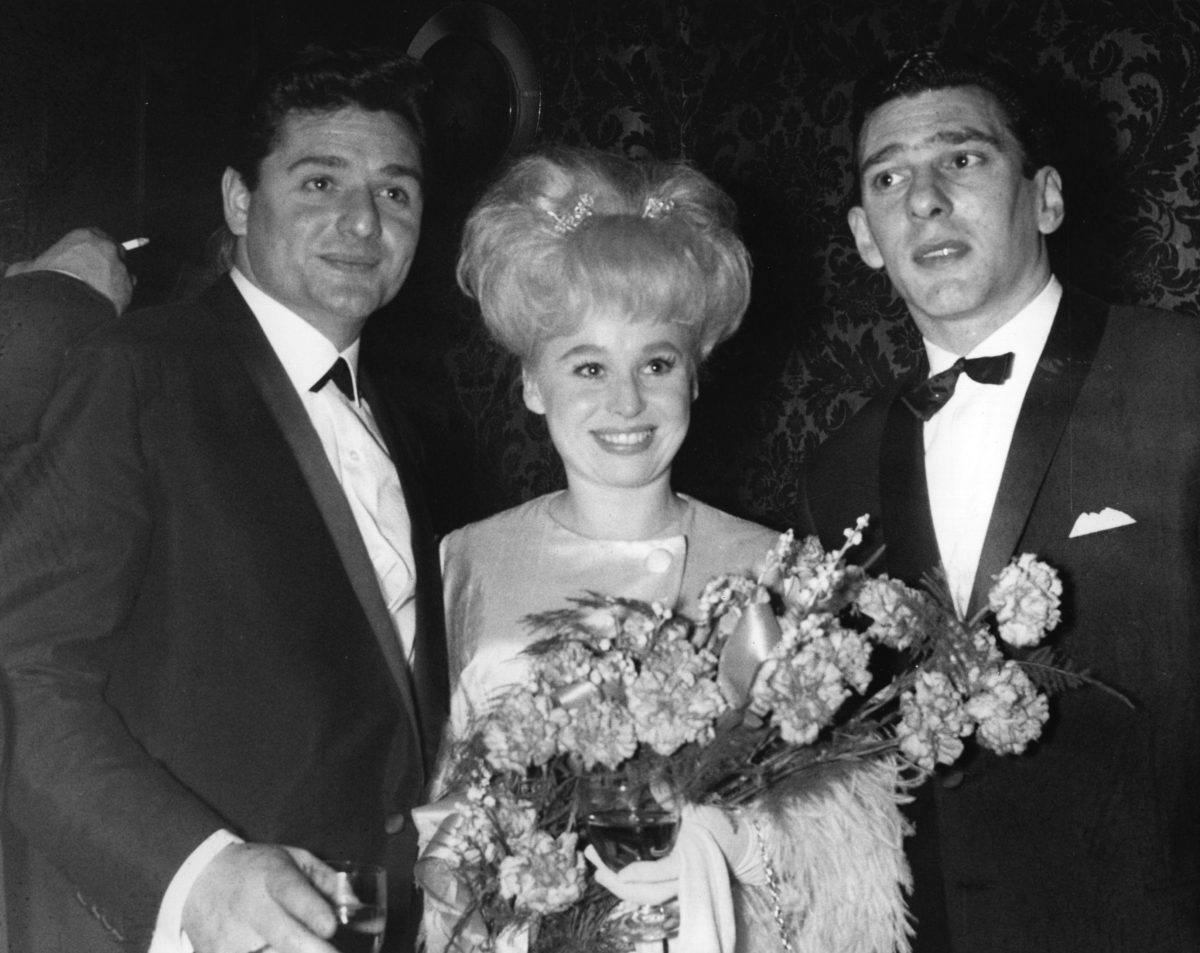 Reggie Kray, right, at a film premiere with actress Barbara Windsor and her husband Ronnie Knight

The East London Advertiser of 28 September 1962 were happy to report : “Local businessmen Reggie and Ronnie Kray of the Kentucky Club, Mile End Road seem to have a winner with their latest venture the Barn Twist Club, opened just recently in Wilton Place, Knightsbridge. Attractively decorated, the club is open seven days a week from 8 p.m. until two in the morning.”

Regular visitors to the club included Joan Collins, actor George Raft, singer Judy Garland and actress Barbara Windsor. The artists Lucian Freud and Francis Bacon, both keen gamblers, frequented the Barn often. David Somerset, Duke of Beaufort, said in the BBC documentary Lucian Freud: A Painted Life how Freud had once arrived at his home to ask for a £1,500 loan. When asked why he needed so much money at such short notice he replied, ‘Because if I haven’t produced it by twelve o’clock they’re going to cut my tongue out.’

James Morton in his biography of the Krays writes:

Just as it had been fashionable to visit Charlie Brown’s East End pub before the war, so for a time it was now fashionable to mix with these apparently slightly dangerous figures.

Gerry Parker recalled: “I was invited to the opening night. All black ties. Fellow on the door Big Patsy [Connolly], so big his suit didn’t fit. They thought all you had to do was open a club and take the money.”

However the Guards officers and their friends soon discovered that their gambling debts were not treated in such a gentlemanly way as under previous management.

Late payers and knockers (someone who deliberately refuses to pay) could be dealt with severely.

If customers sometimes got carried away and accumulated large debts, that was not necessarily a bad thing for the Krays, as it put them in their power. At one point one of the twins’ associates, David Litvinoff, accumulated debts of £3,000. Ronnie Kray agreed to waive this debt in return for the lease on Litvinoff ’s flat at Ashburn Gardens in Kensington but also ‘access’ to Litvinoff’s lover, Bobby Buckley (brother of James ‘Jimmy’ Buckley, who was found with Boothby’s cheque), a croupier at Esmeralda’s Barn. Litvinoff, meanwhile, continued to live at Ashburn Gardens as part of the deal. Ronnie enjoyed being able to choose waiters and croupiers at Esmeralda’s Barn that suited his own preferences for attractive young men. According to the journalist and writer John Pearson, ‘the Barn’ became the centre of Ronnie’s own ‘private vice ring’ which included private sex shows at Ashburn Gardens but also, with Boothby and Tom Driberg in attendance, at the Krays’ flat at Cedra Court in Bethnal Green, ‘where rough but compliant East End lads were served like so many canapés’.

It didn’t take that long but Ronnie Kray’s interest in ‘The Barn’ diminished, and other stuff took more of his time. Briefly in prison Reggie started focusing on his West End casino protection extortion business and by 1963, the twins permanently left Esmeralda’s Barn, which by that time was deeply in debt, not least because of the vast amount of credit an unstable Ronnie gave out to his friends and associates. 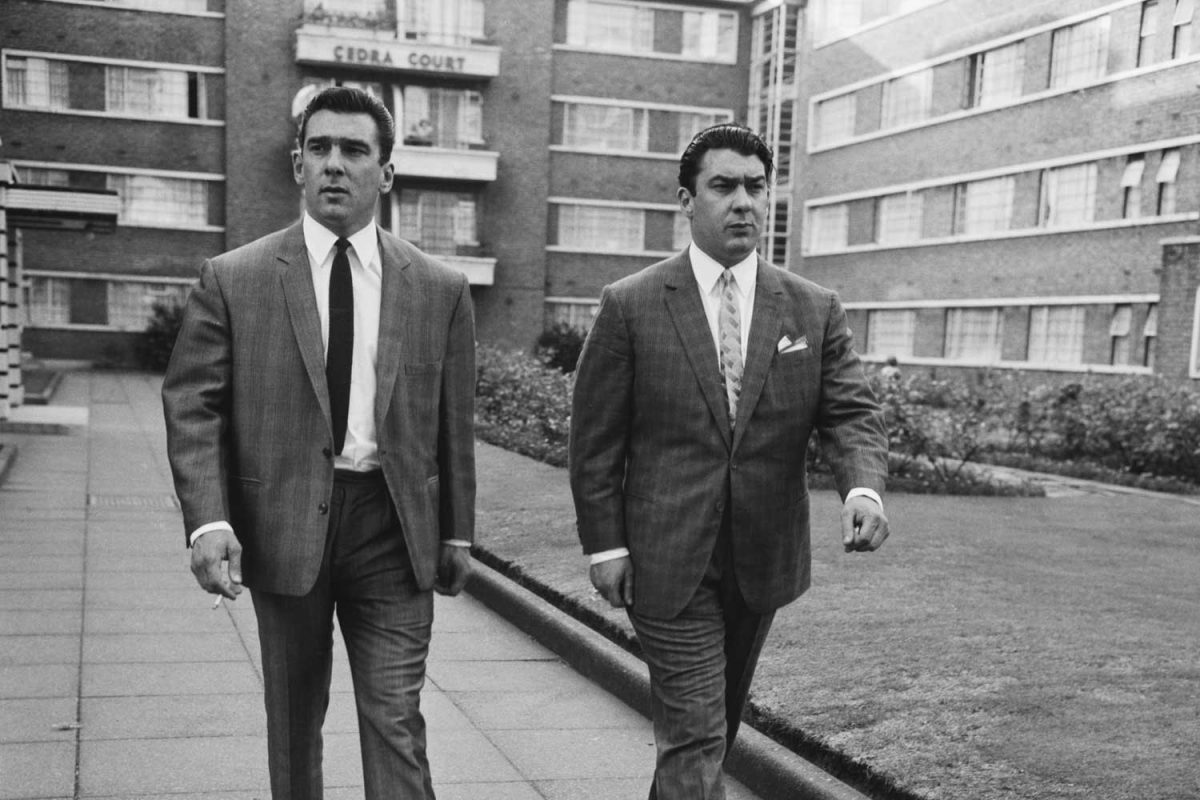 Krays outside Cedra Court ‘where rough but compliant East End lads were served like so many canapés’.

The site of Esmeralda’s Barn has long been demolished and is now where the five star Berkeley Hotel now stands. The Krays are long gone. But you can find new casinos sites here.