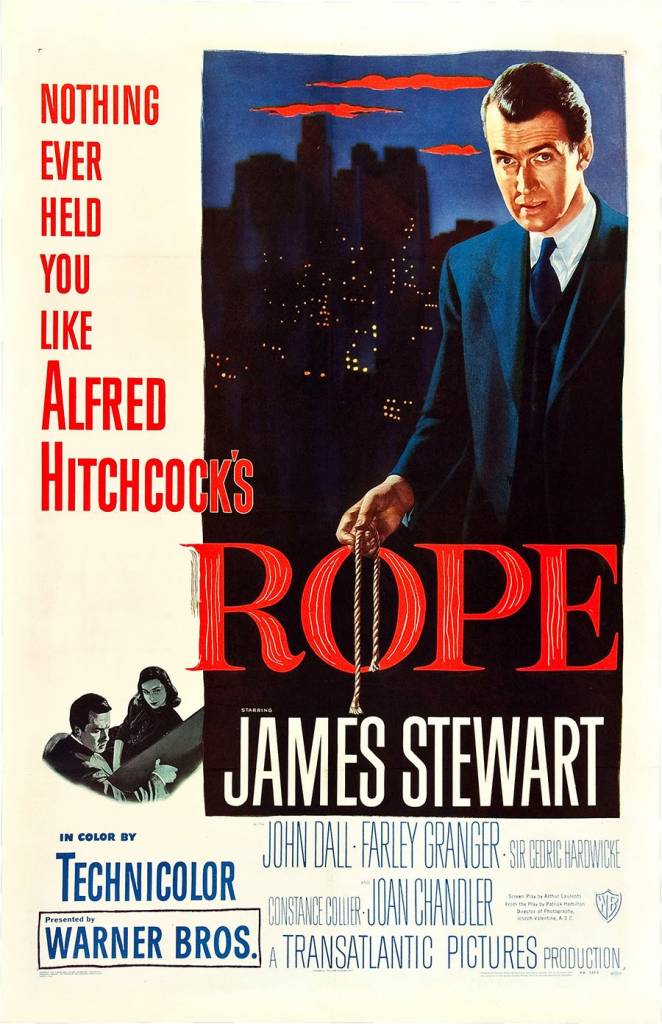 Hitchcock's 'Rope' from 1948. “Rope,” about two young men who murder a former classmate in their apartment and host a dinner party at the scene of the crime, was the first of seven Alfred Hitchcock films Mr. Gold worked on. “The whole trick here was showing Jimmy Stewart holding a piece of rope,” he explained. “What’s going to happen with that piece of rope? That’s me instigating the curiosity of the film idea. At first the lettering was very crisp and casual and typical. And then I felt it needed something to be more active, something to make it move more, so I added the lines.”