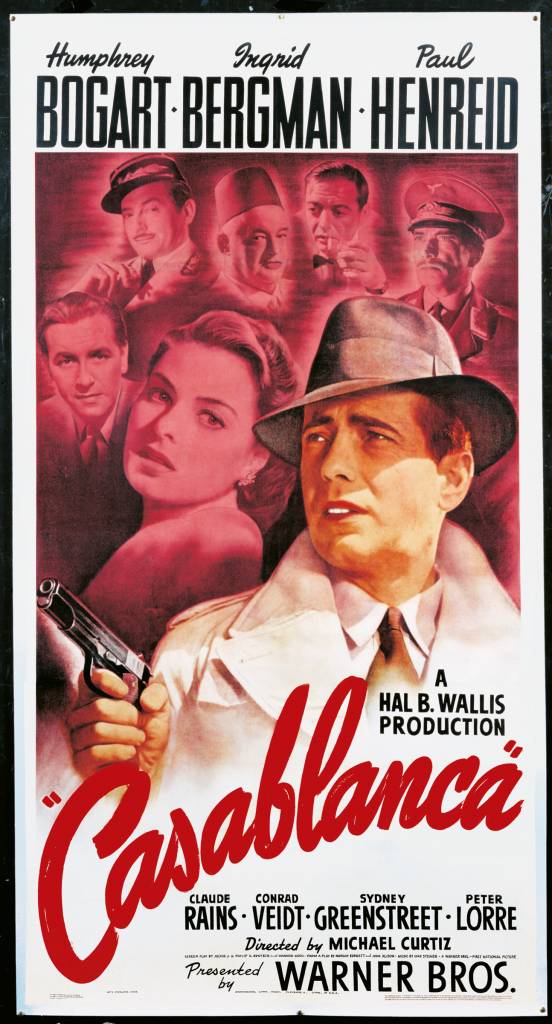 Mr. Gold’s first assignment in 1942 after being hired by the Warner Brothers art department in New York was "Casablanca." I thought all the characters in this film were very important, so I wanted them in the poster,” he said. “I put them in the background and put Ingrid Bergman in front of them on the left side of Bogart, but I wanted her to be looking on behind him. I didn’t want to tip off that there was a love affair.” The studio had but one request: Wanting to sell Bogart as a star, it asked if the poster could be more exciting. “So I went back and put a gun in his hand,” he said. It worked.