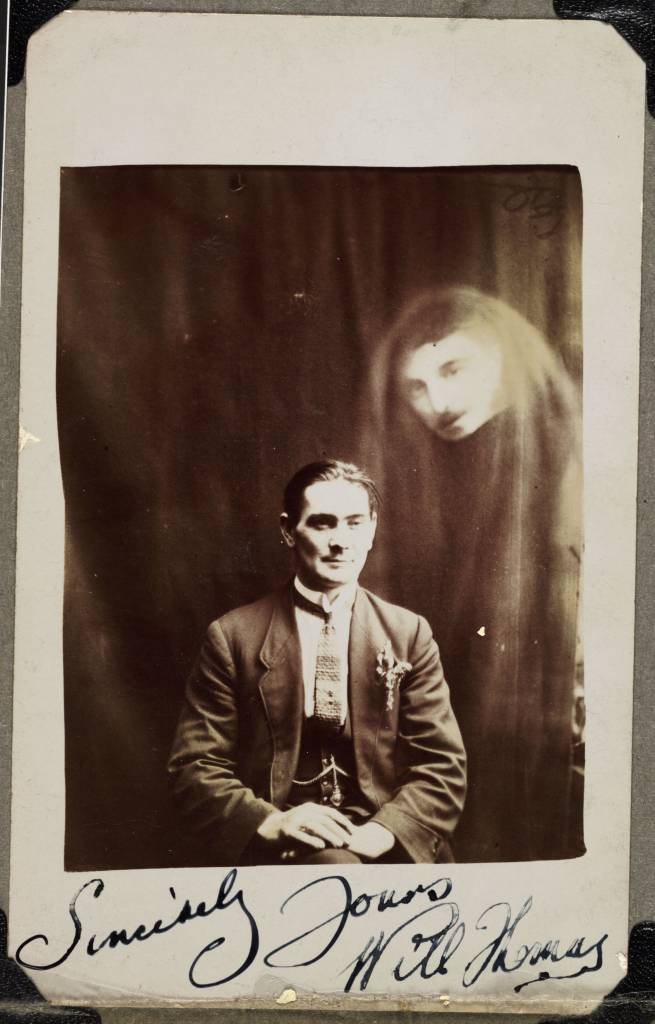 A photograph of Will Thomas, taken by William Hope (1863-1933). A man's face appears in a haze of drapery on the right of the photograph. Thomas, a medium from Wales, did not recognise the superimposed image. Thomas has signed the bottom of the photograph, 'Sincerely Yours Will Thomas' - perhaps this indicates a friendship with Hope. Hope's spirit album photographs use double and even triple exposure techniques to render the appearance of ghostly apparitions around the sitter. Hope founded the spiritualist society known as the Crewe Circle and his work was popular after World War One when many bereaved people were desperate to find evidence of loved ones living beyond the grave. Although his deception was publicly exposed in 1922, he continued to practice.