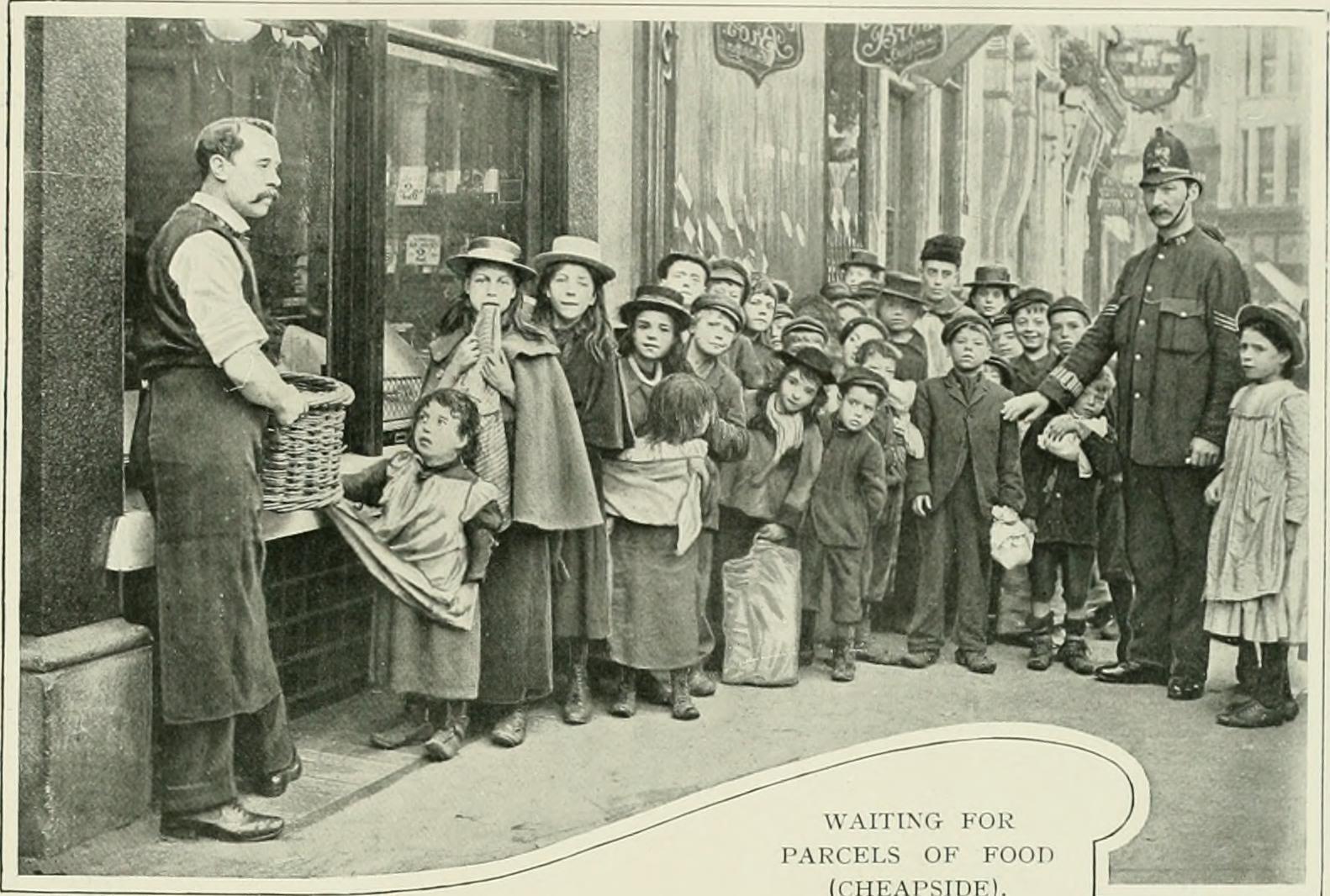 In 1902 George R. Sims published a book called Living London; its work and its play, its humour and and its pathos, its sights and its scenes. The photographs and illustrations give an incredible insight to how ordinary Londoners lived at the end of the 19th century and the beginning of the 20th. 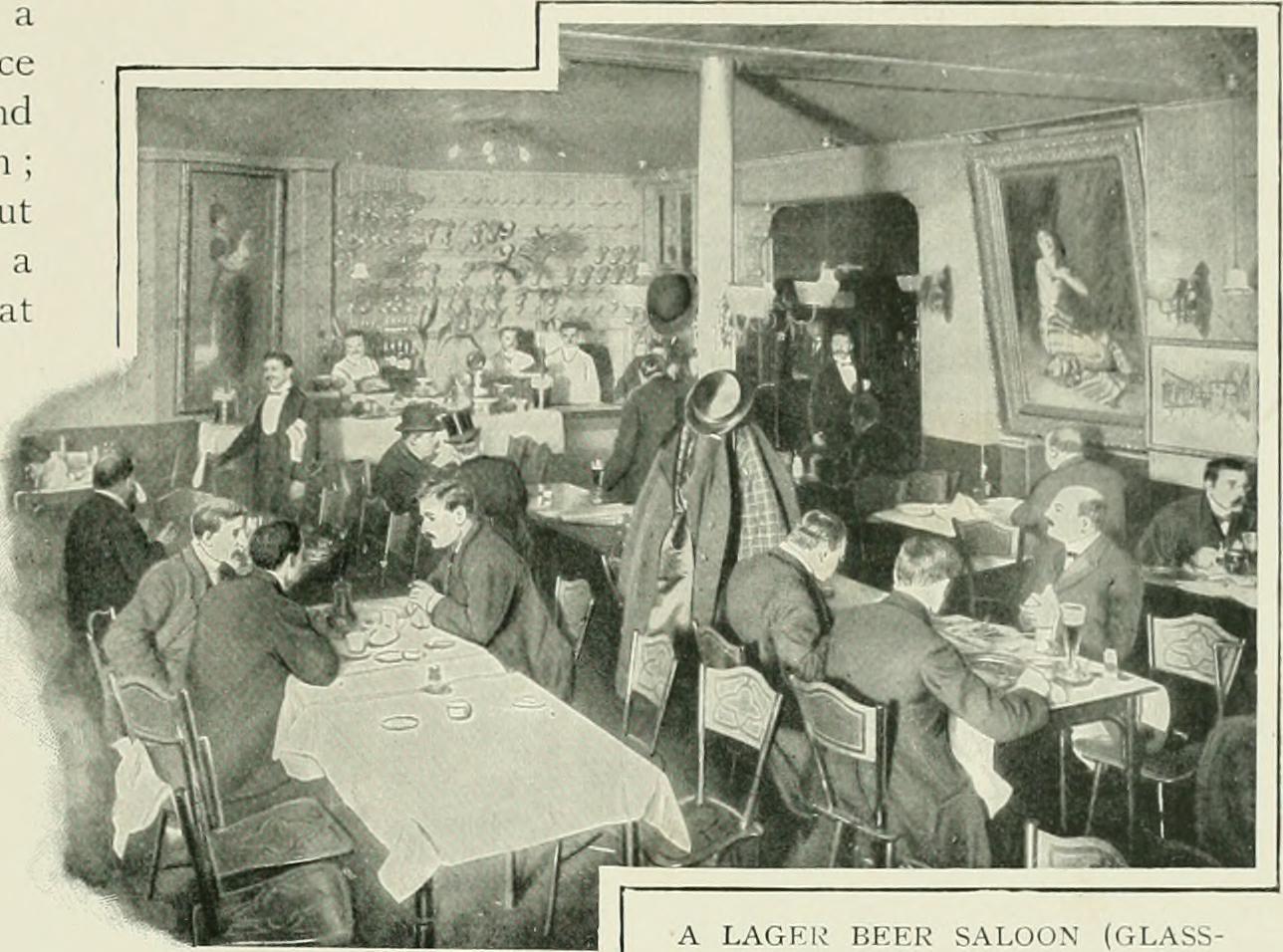 A lager beer saloon on Glasshouse Street in Soho, just off Regent Street. 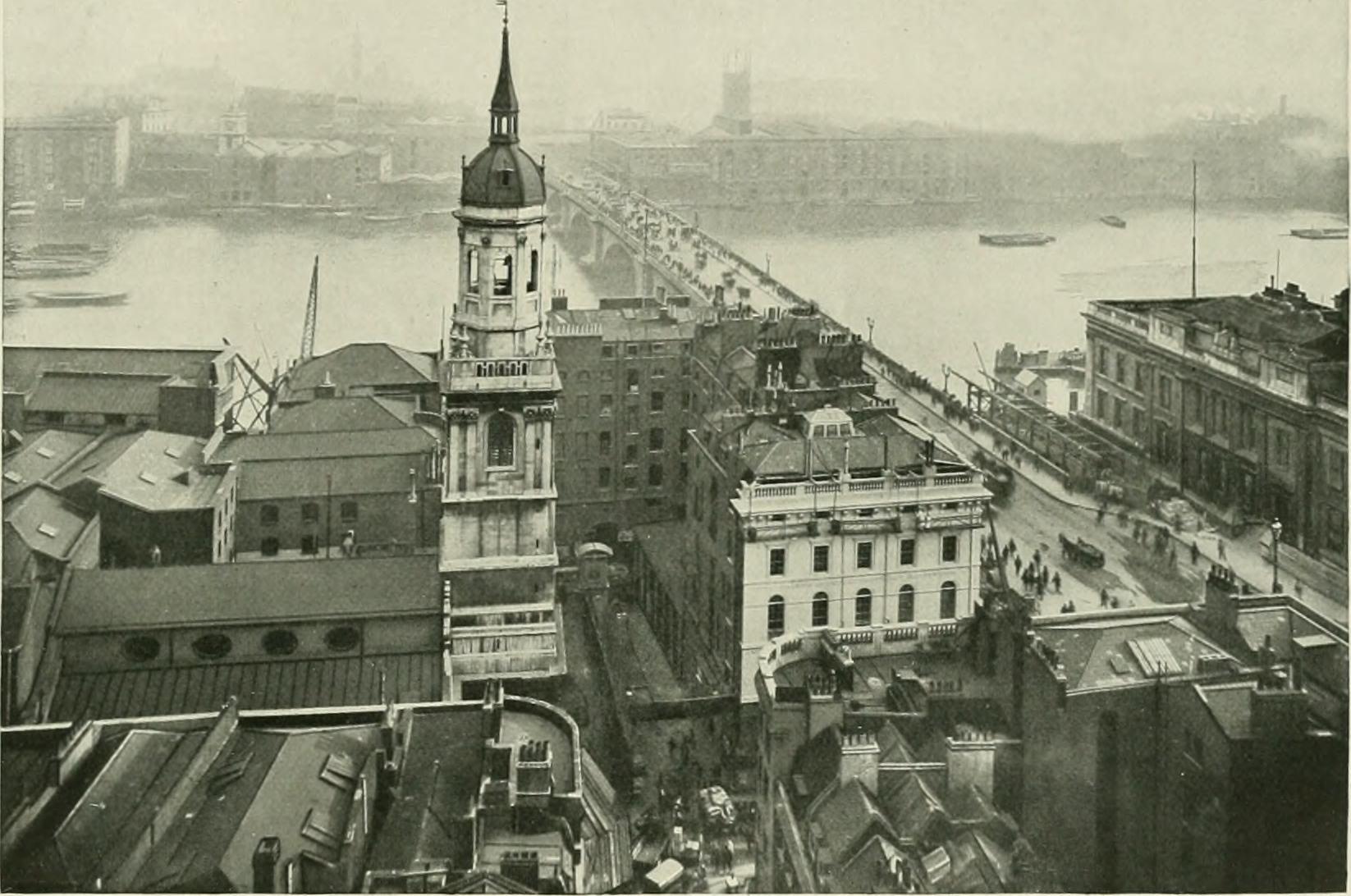 London Bridge and the river seen from the top of the Monument. 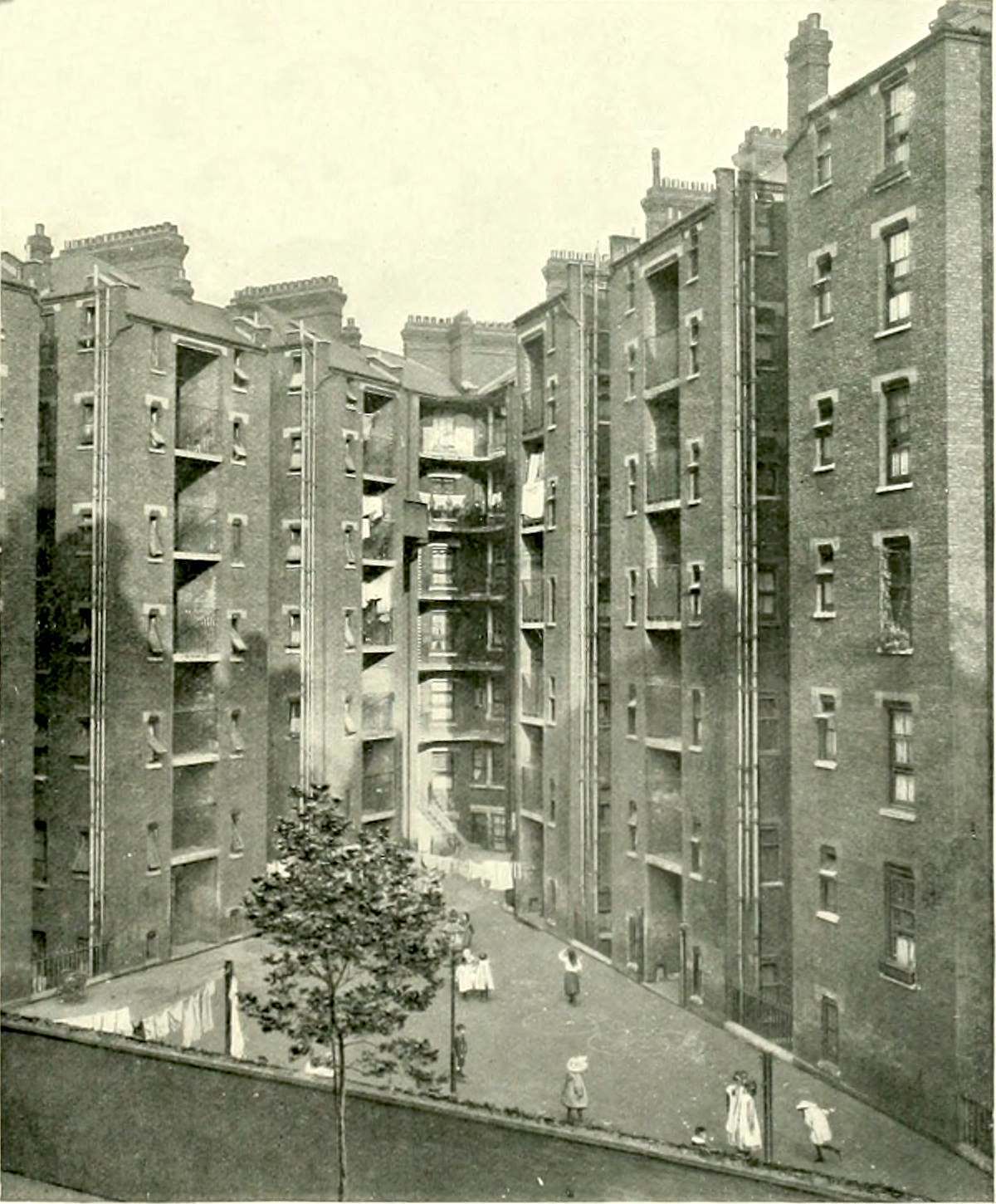 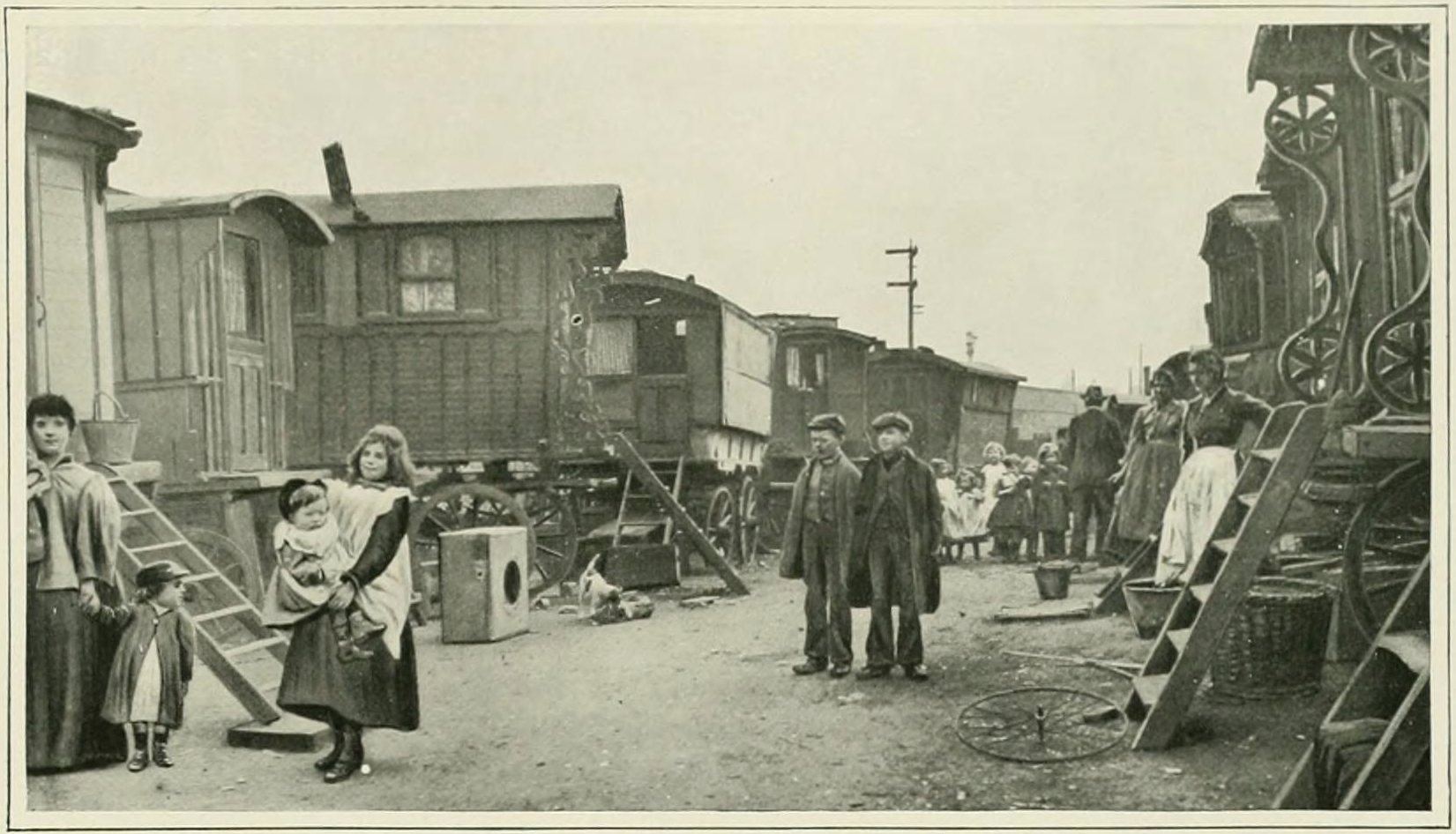 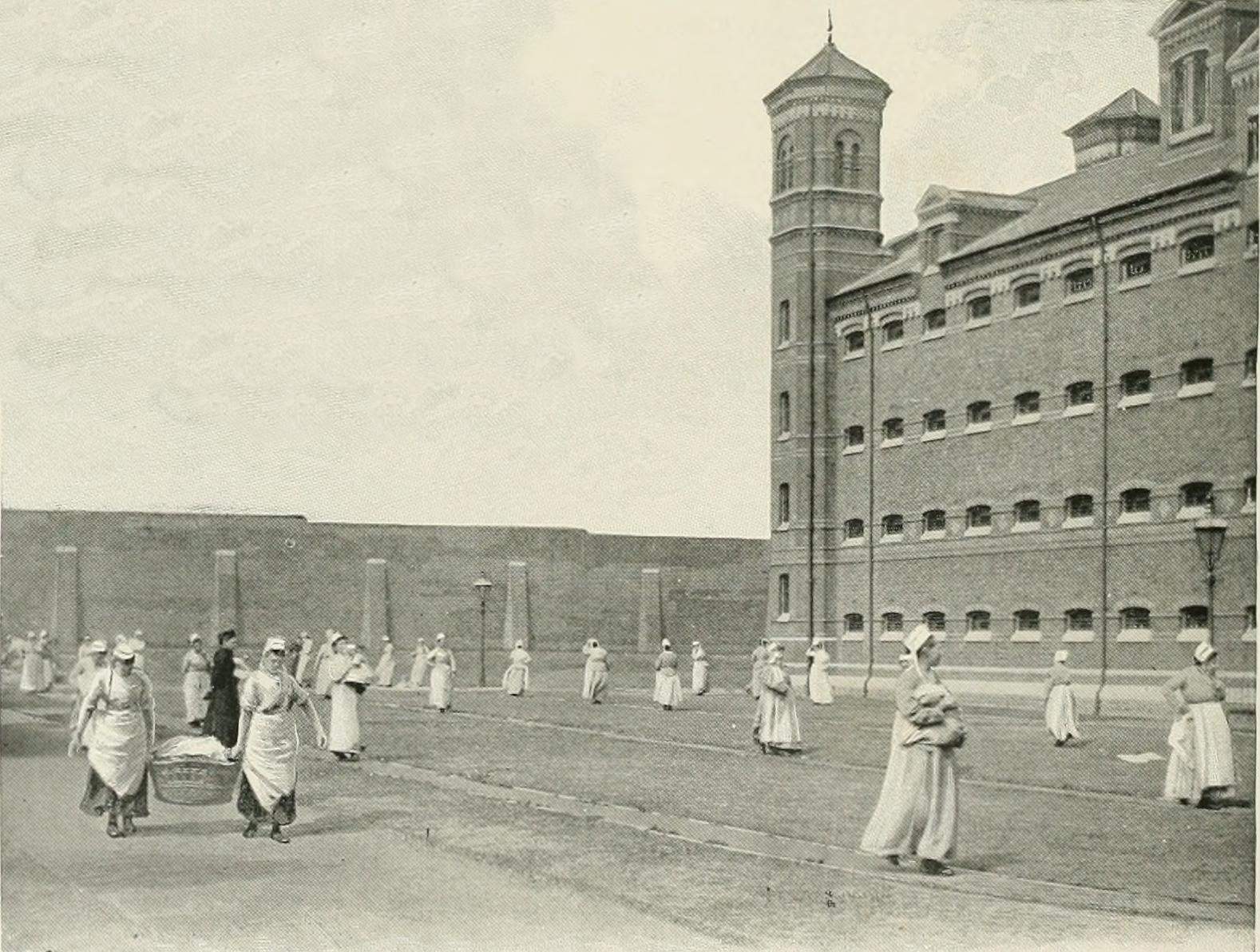 The “Baby Parade” at female part of Wormwood Scrubs Gaol. 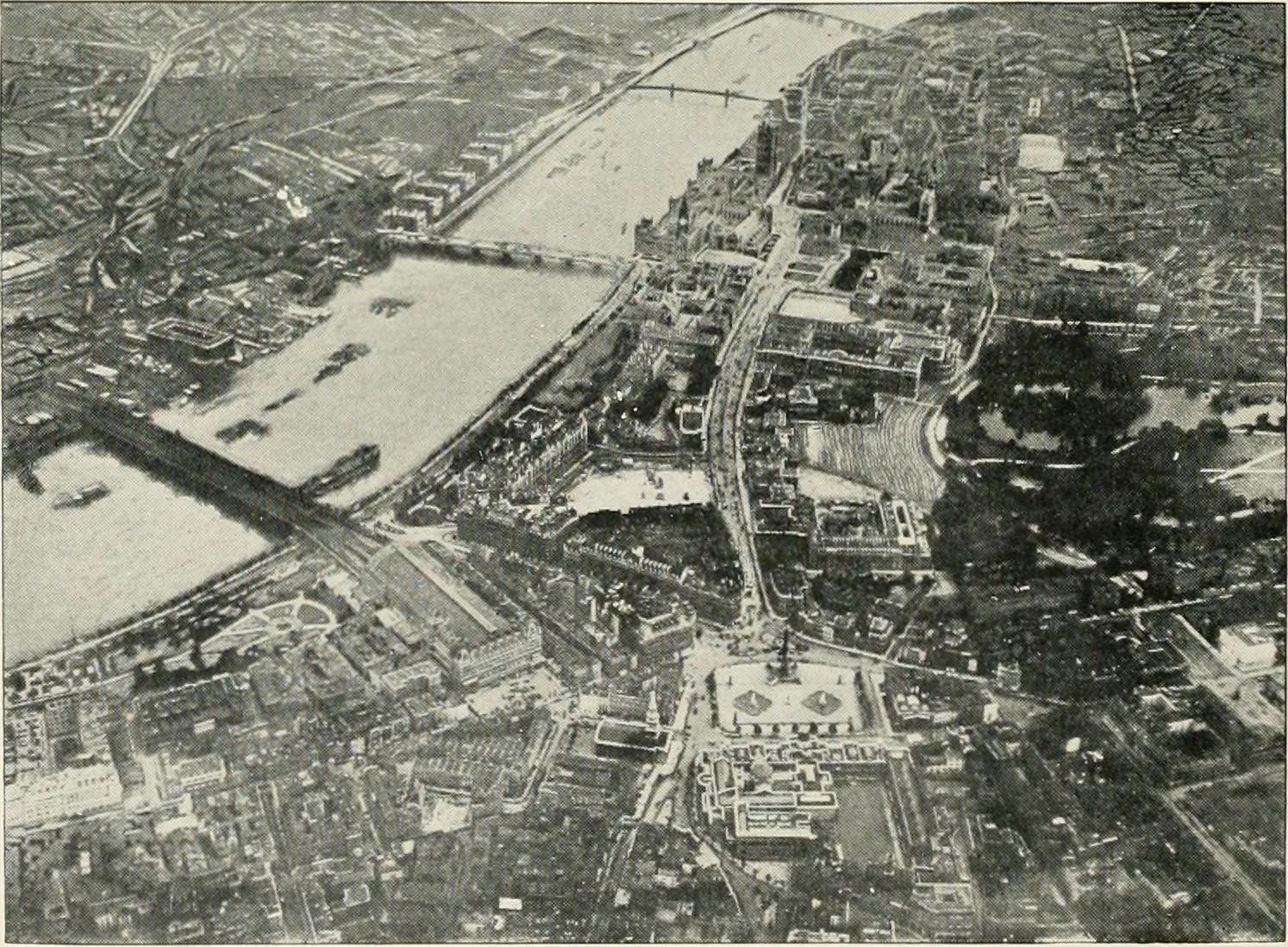 Aerial view of London looking down on Trafalgar Square. 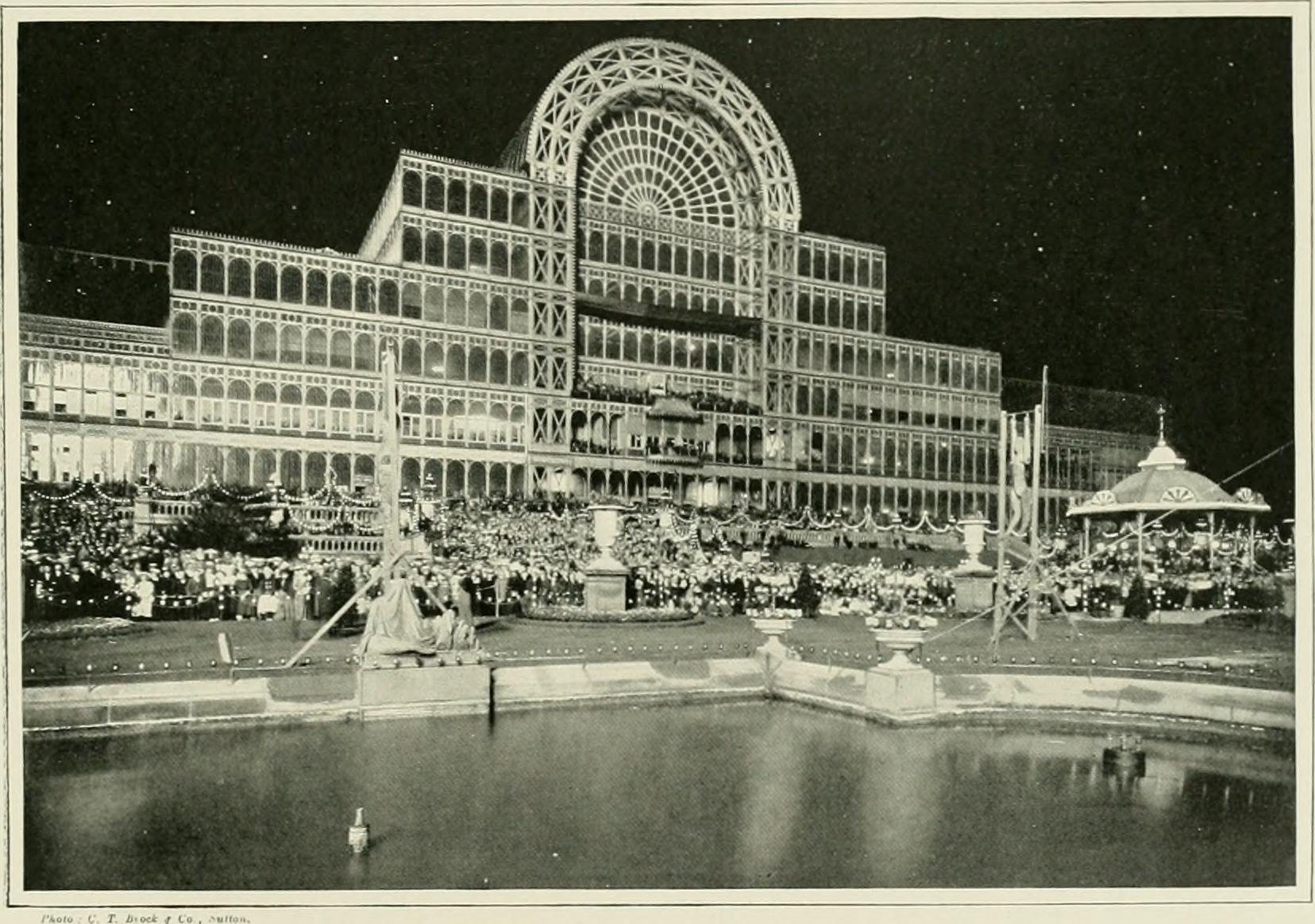 Crystal Palace lit up during a firework display. 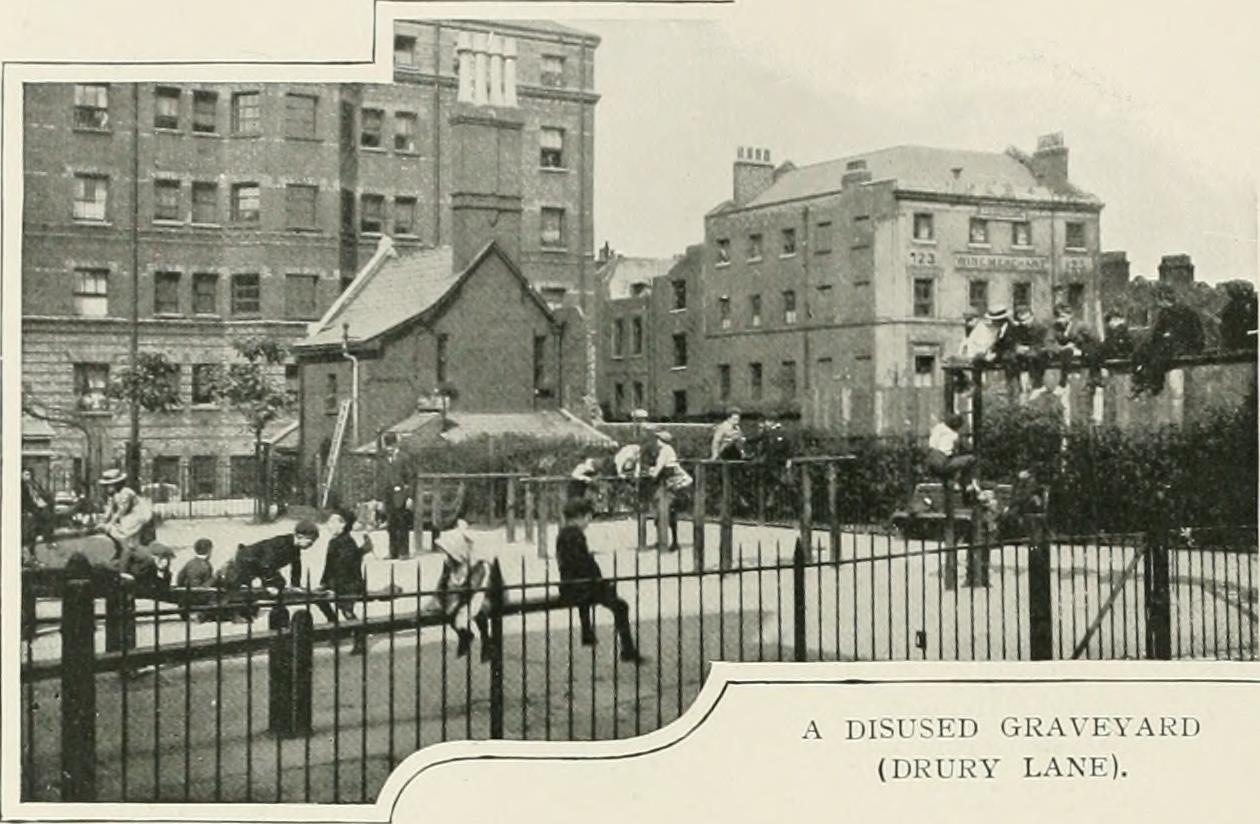 Children’s playground on an old graveyard on Drury Lane. 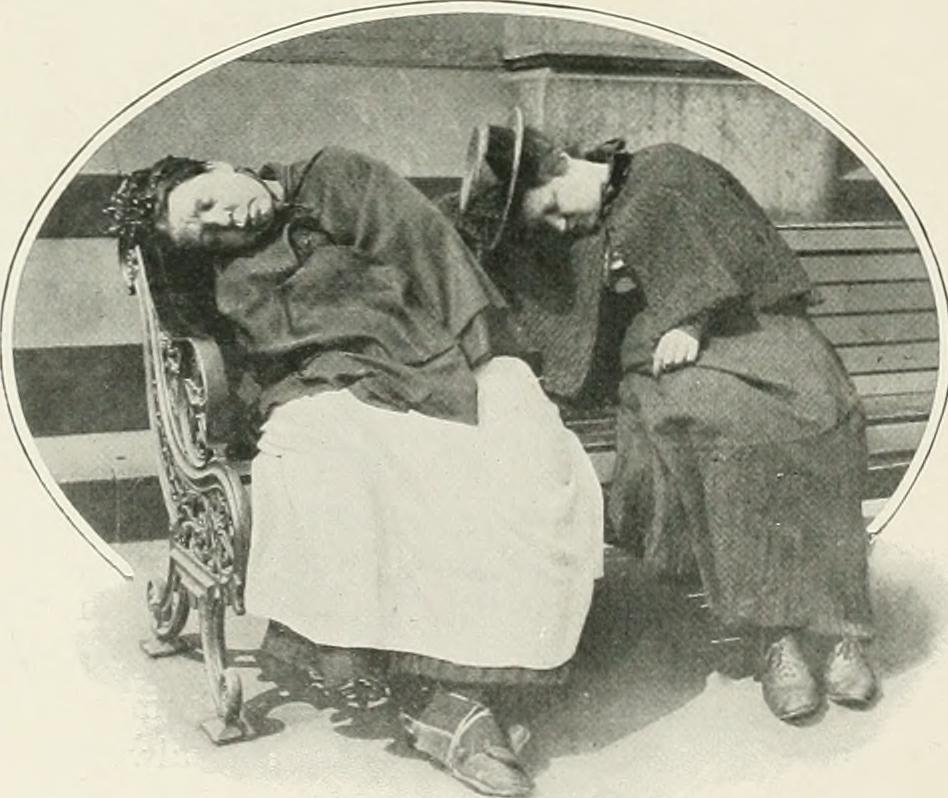 Two female ‘tramps’ sleeping in the sun at Trafalgar Square. 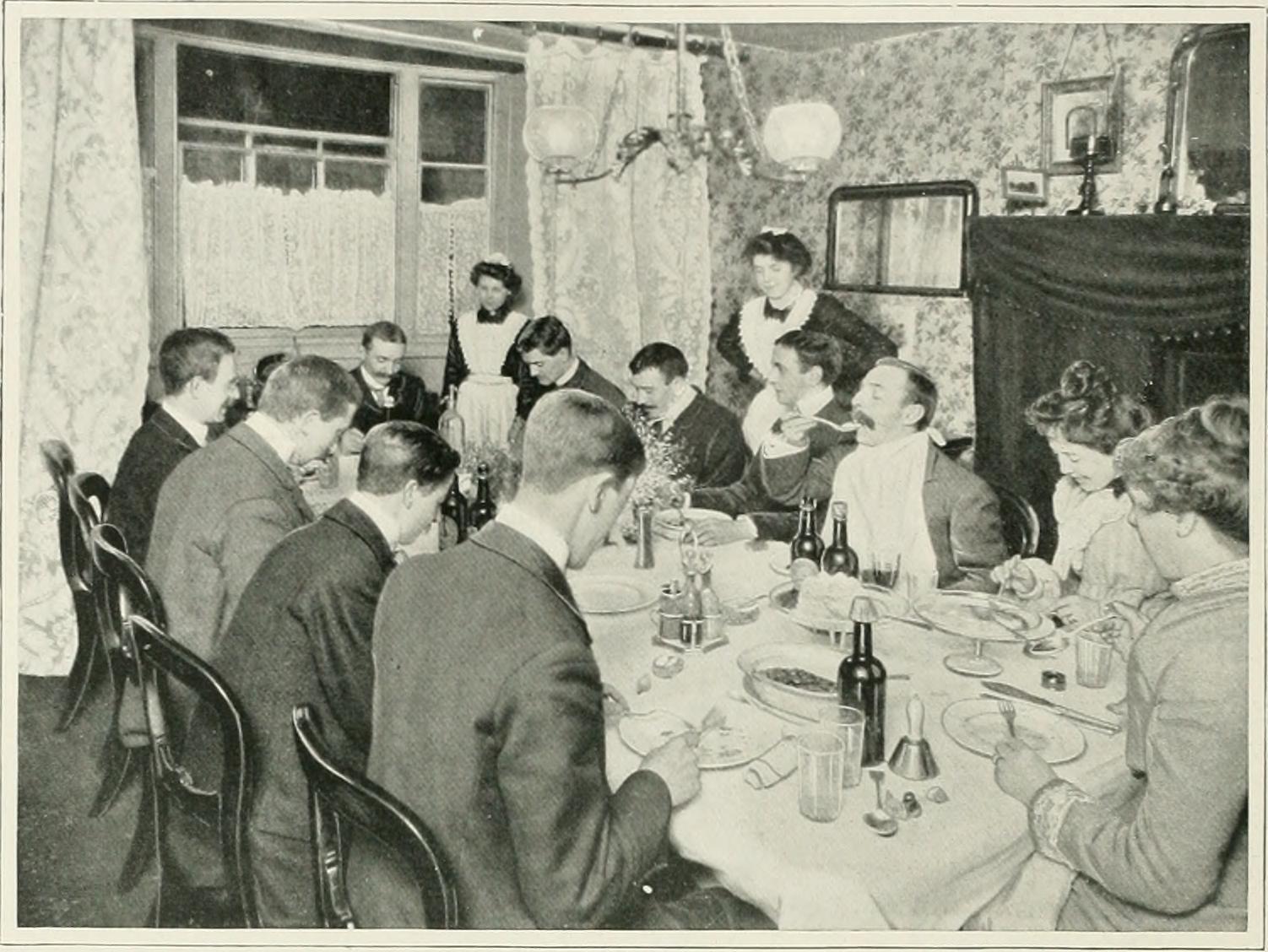 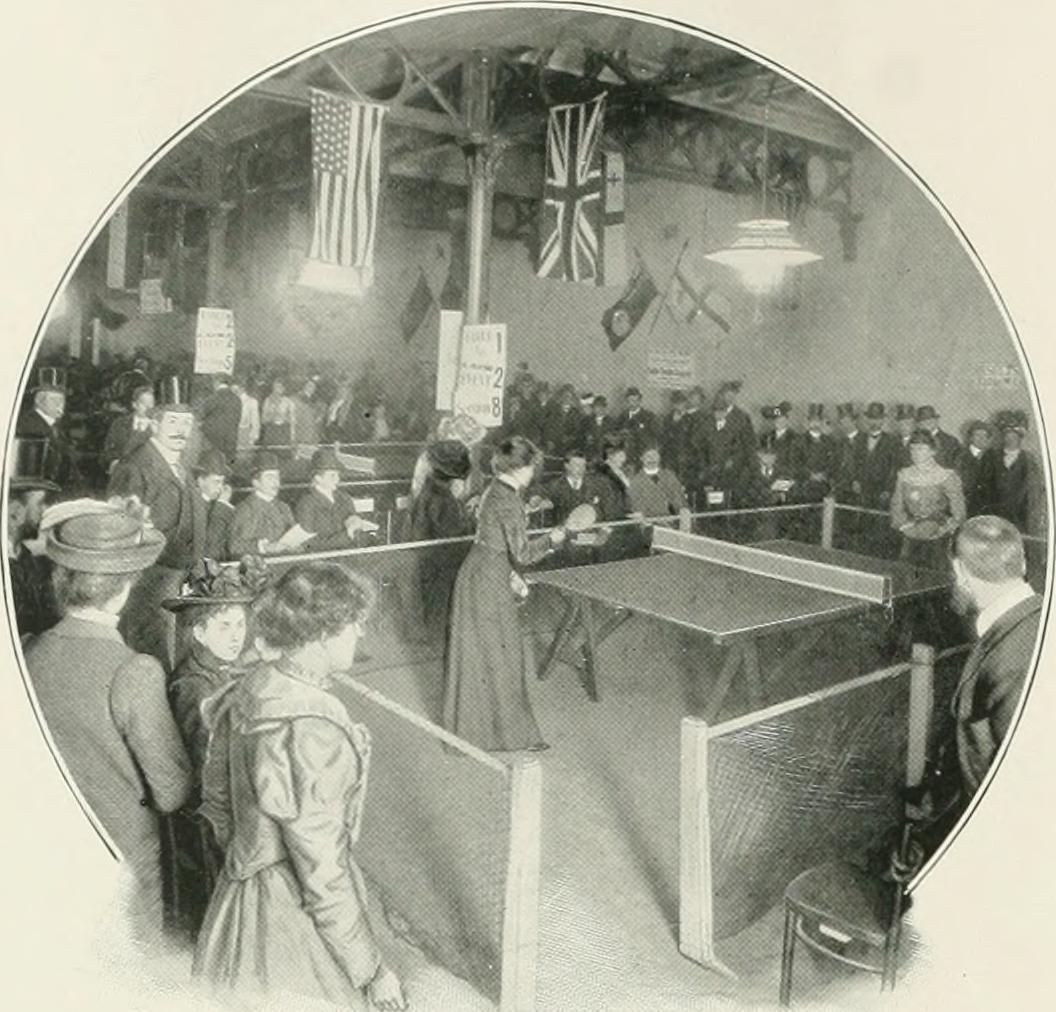 Women’s international ‘Ping Pong’ match at Queen’s Hall in Langham Place. The hall was destroyed in the Blitz some forty years later. 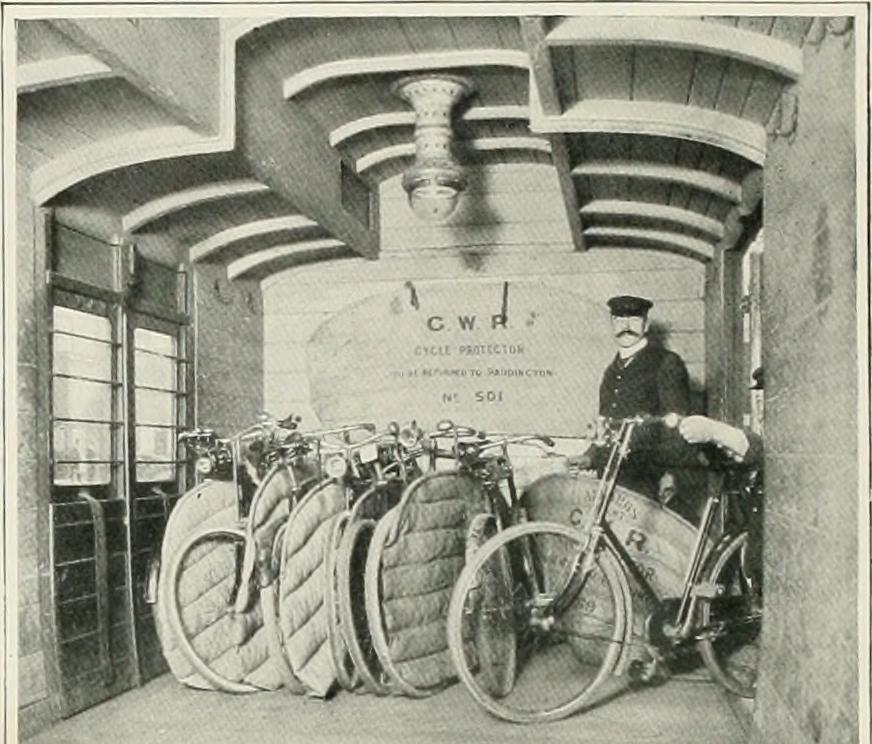 Bicycles looked after on a Great Western Railway train at Paddington. 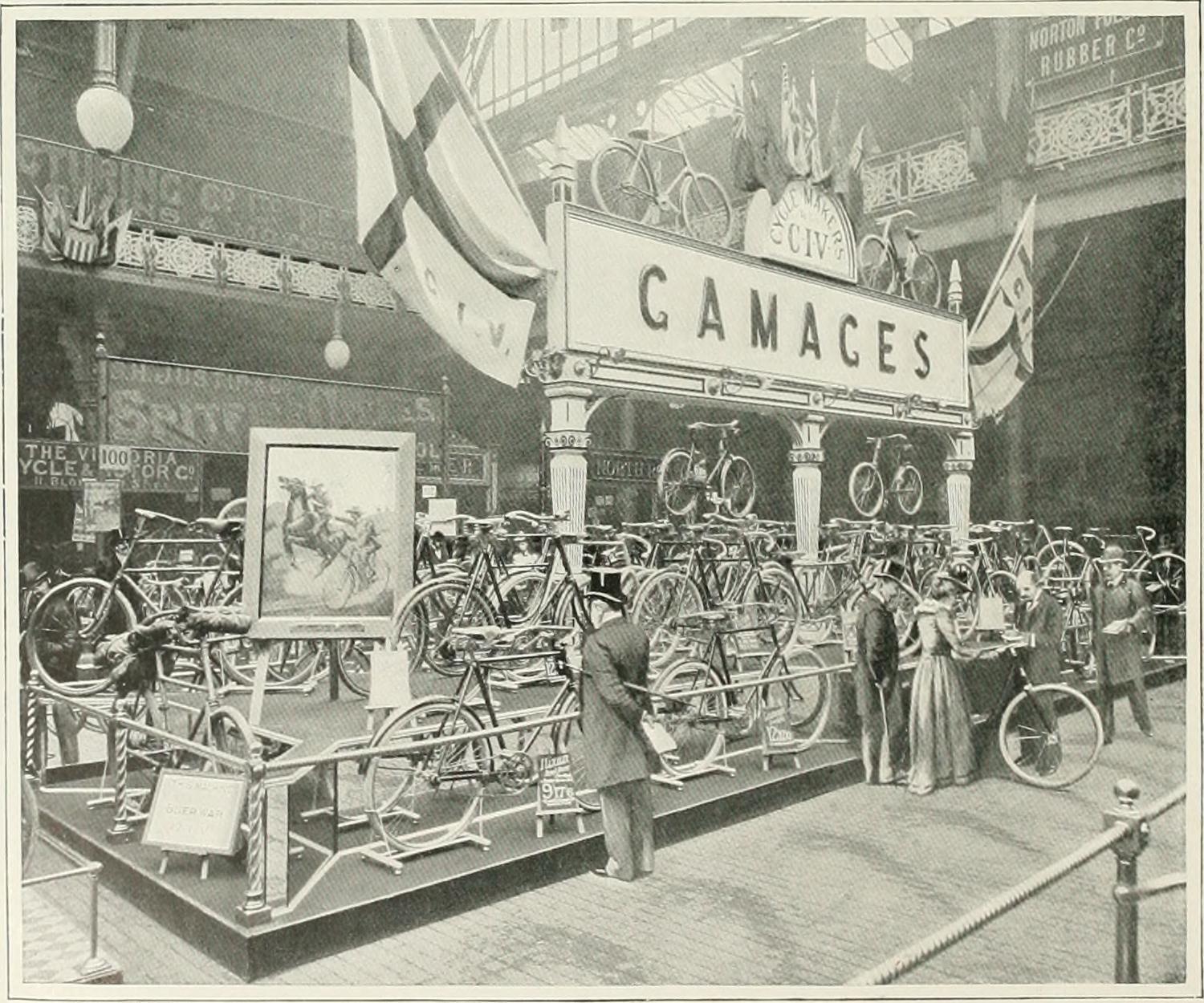 A cycle show at Agricultural Hall in Islington. Gamages was a department store in Holborn. 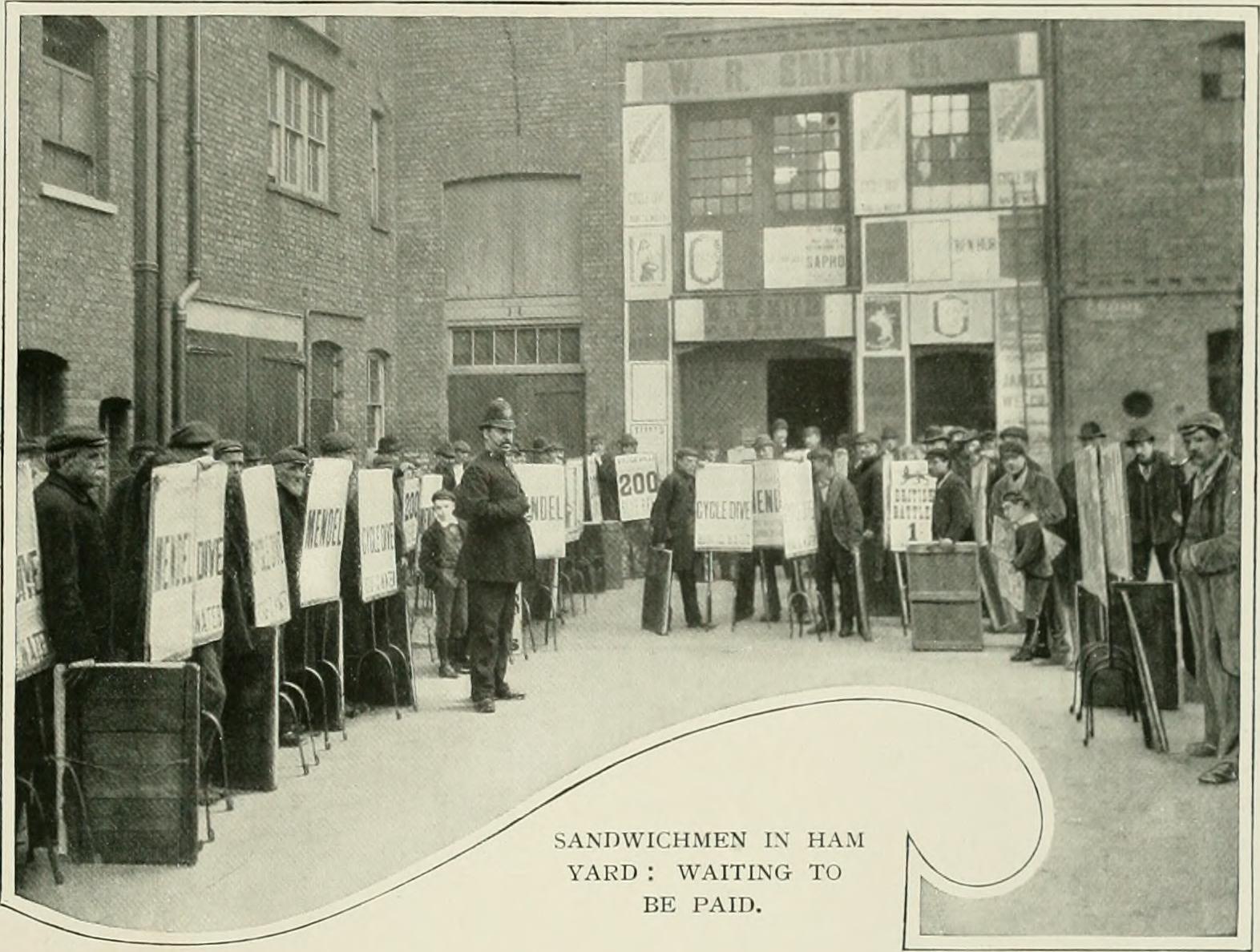 Sandwich men waiting to be paid in Ham Yard in Soho. 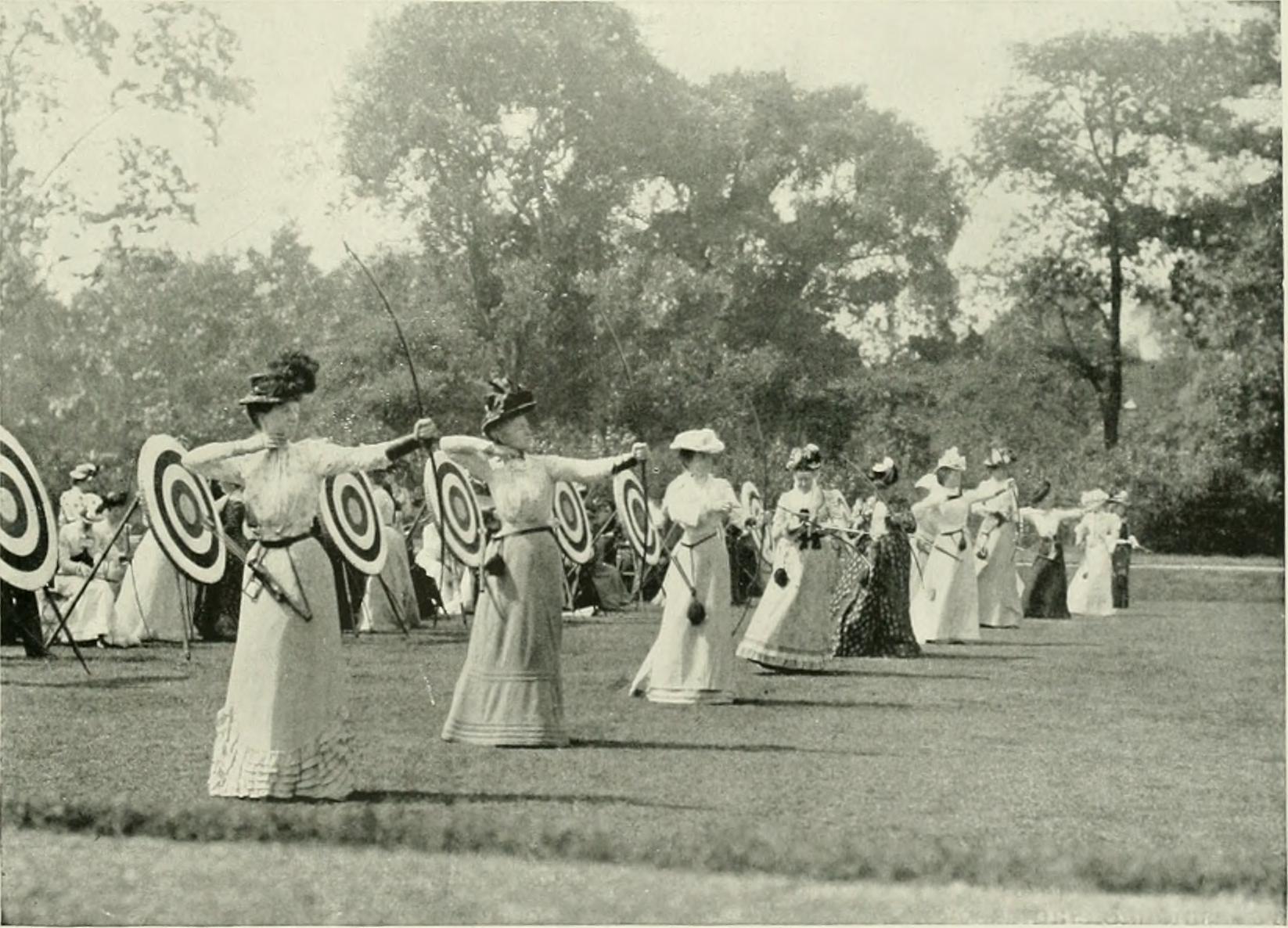 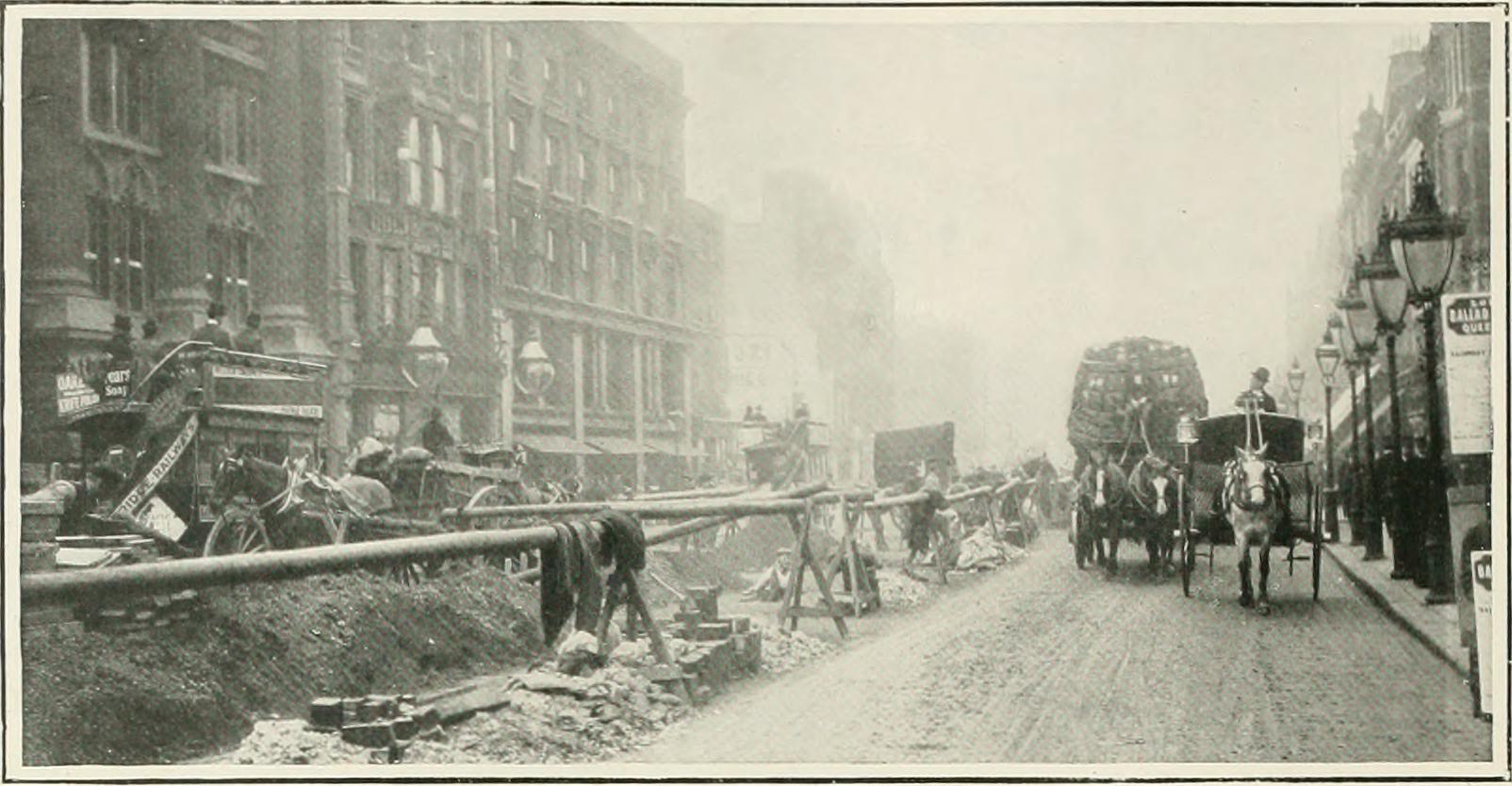 Oxford Street roadworks are nothing new. 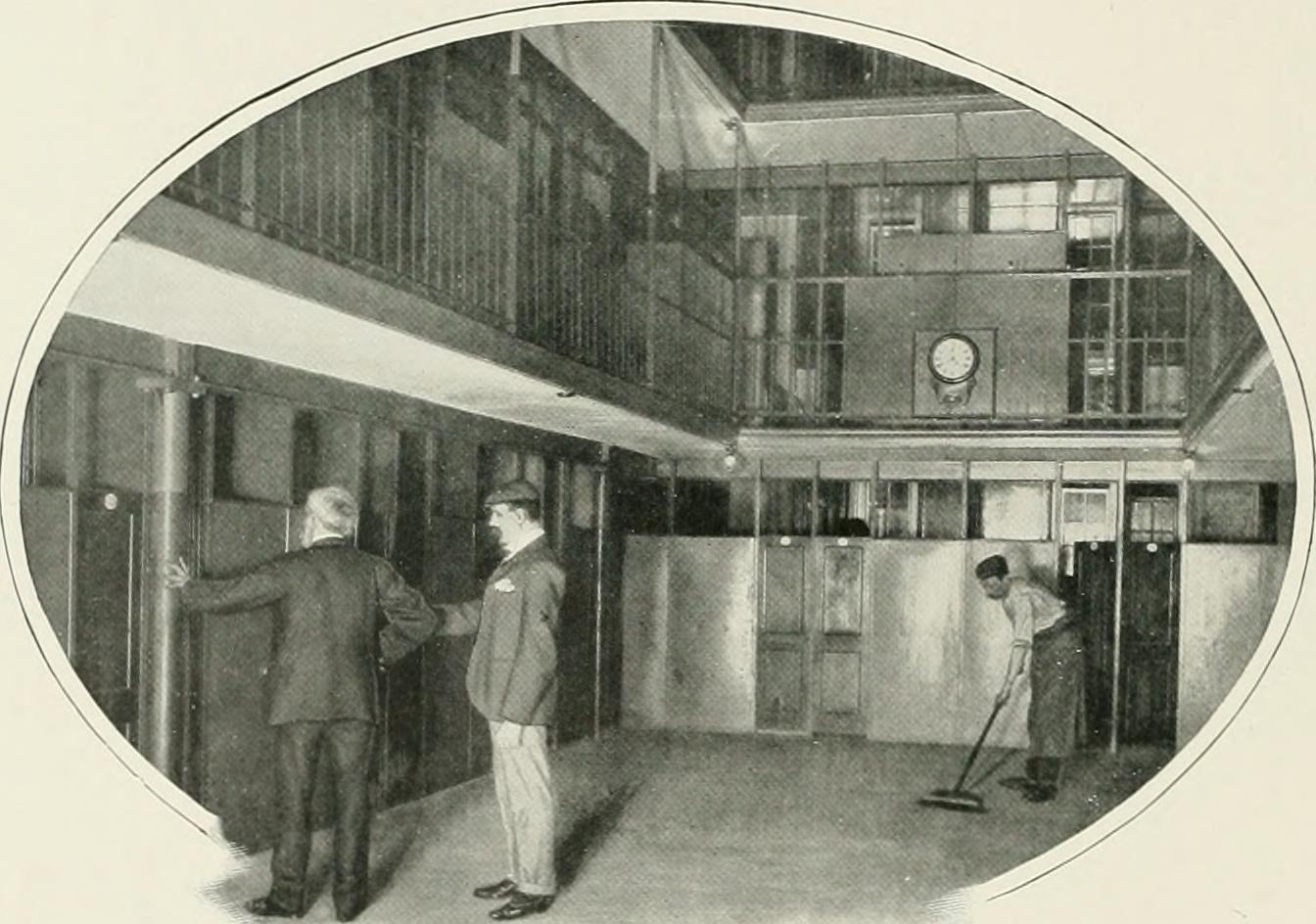 An L.C.C Lodging House in Parker Street in Covent Garden. 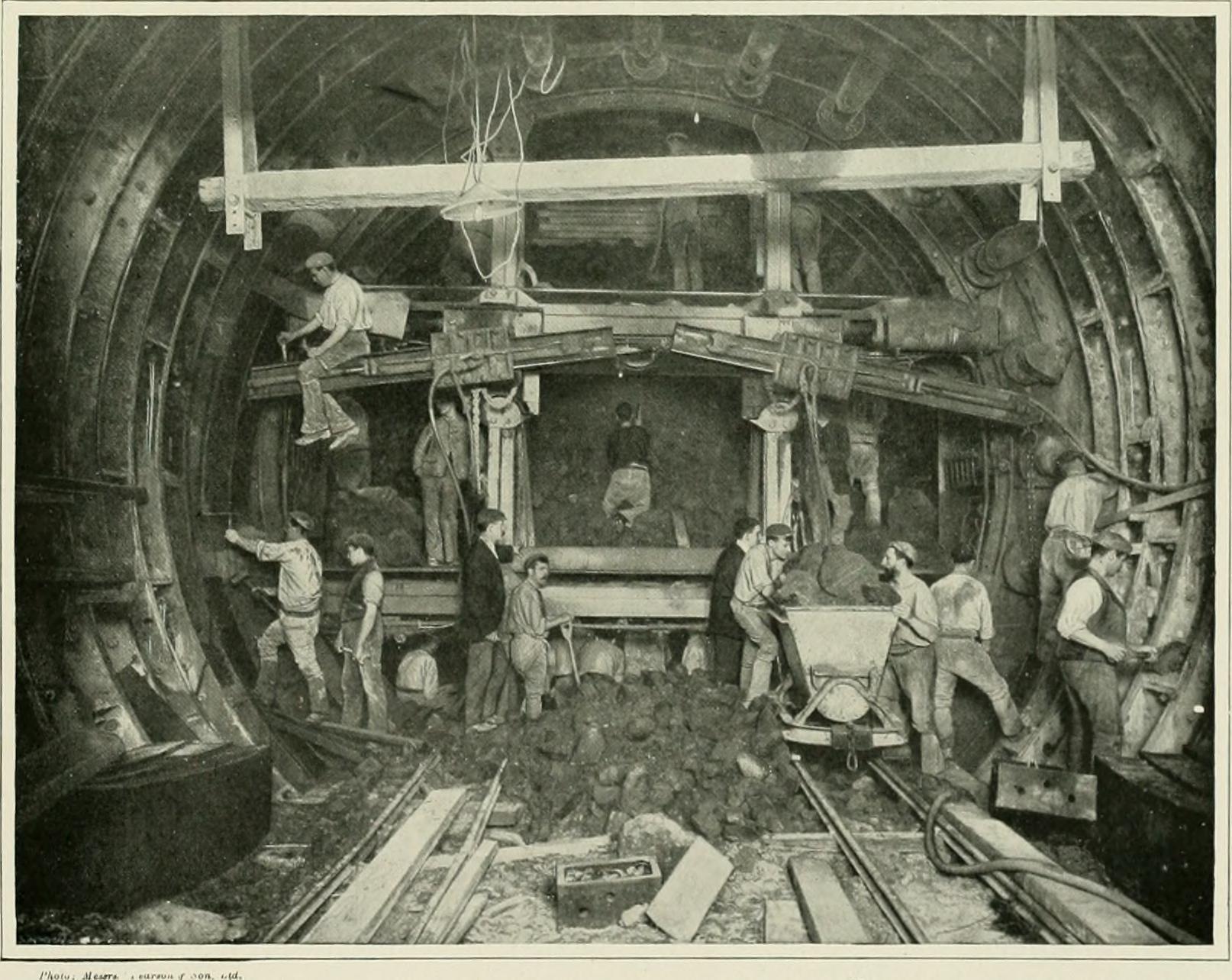 Building the Great Northern and City Railway. It ended up being a while elephant and never used. 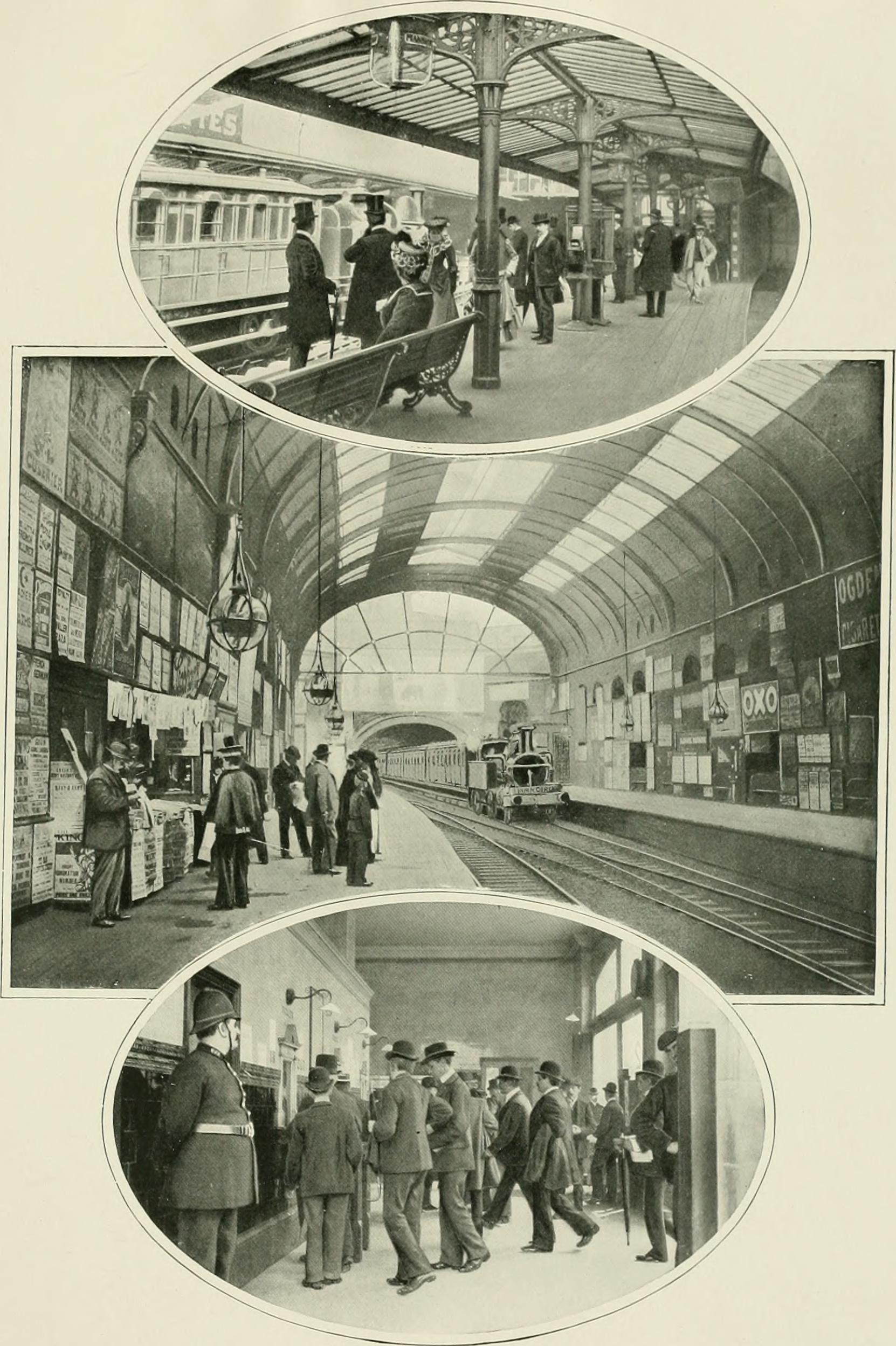 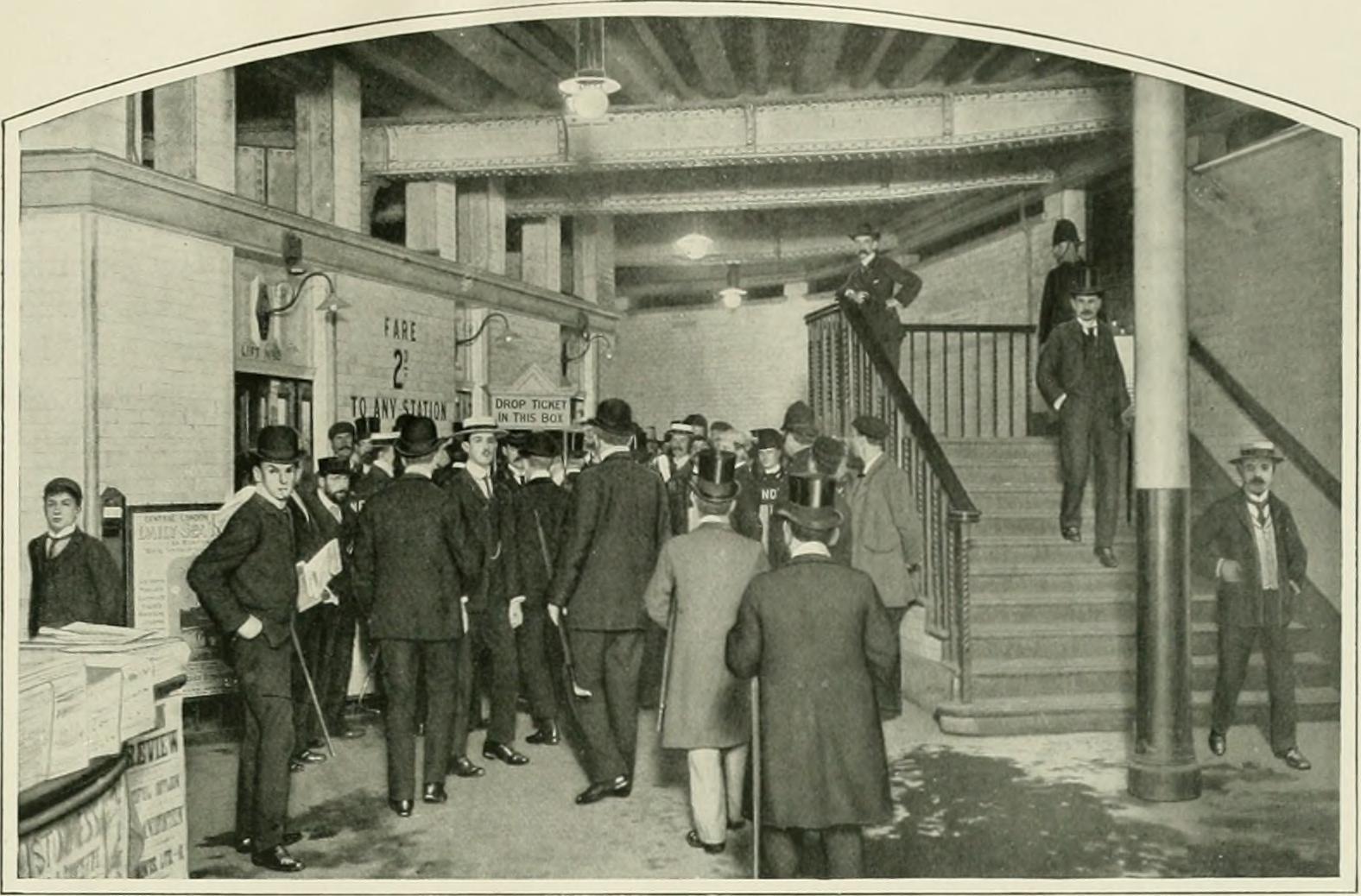 Waiting for the lifts at Bank Underground. 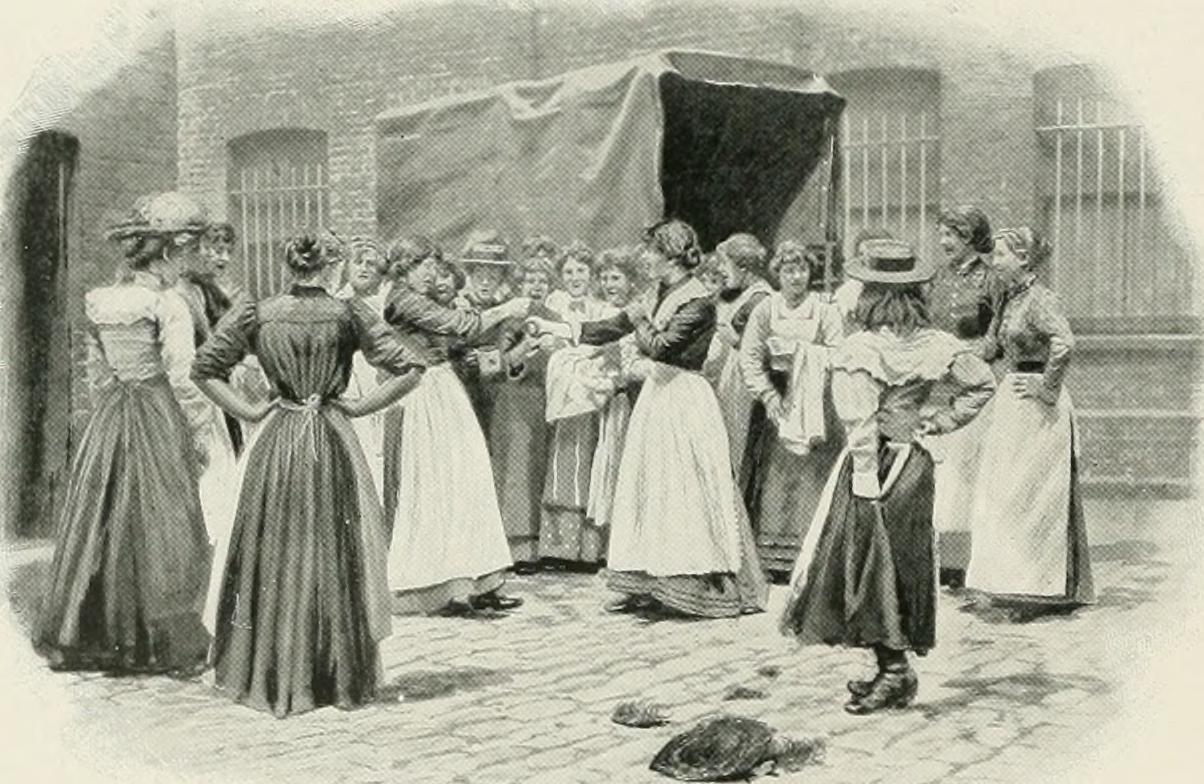 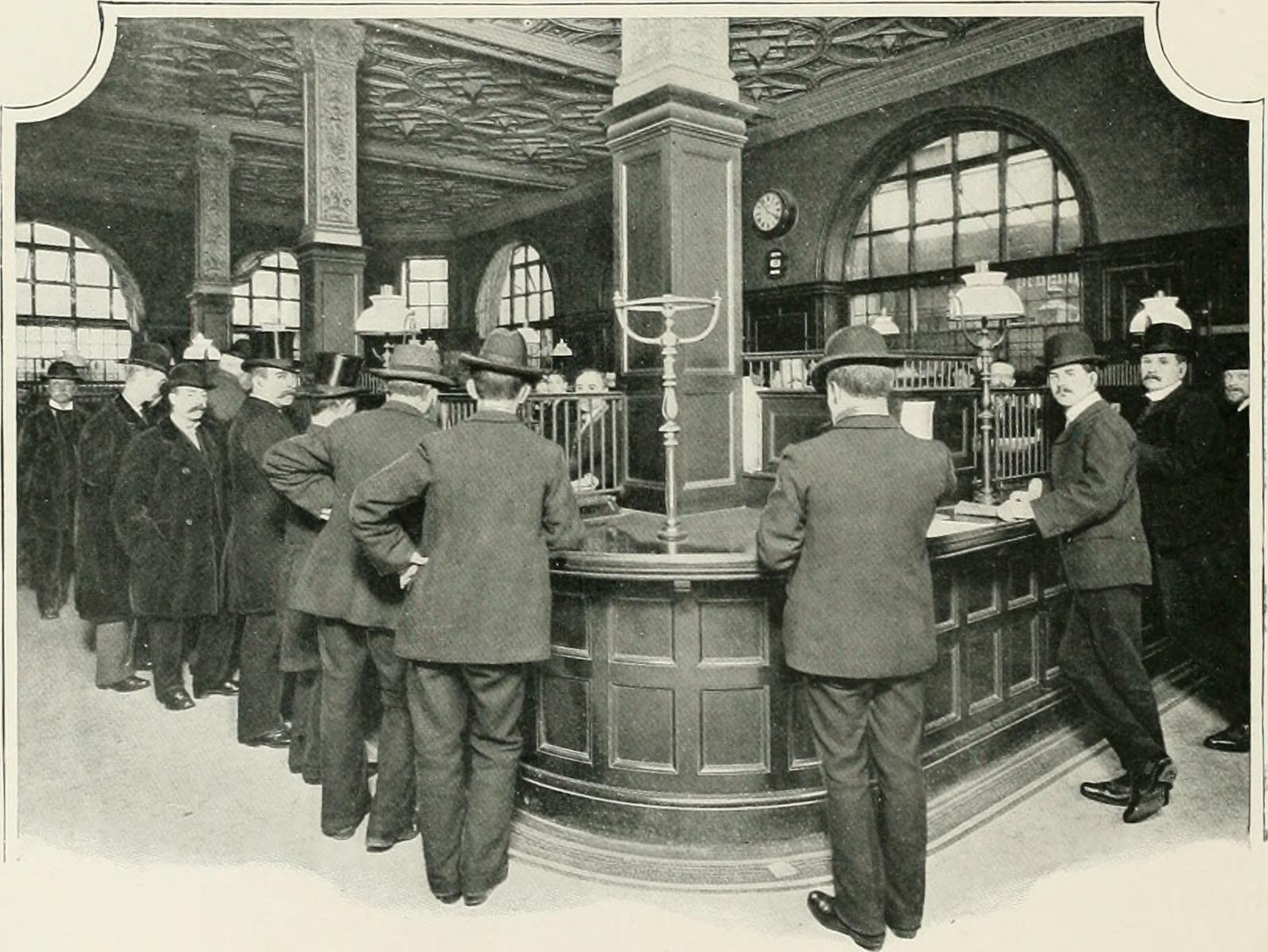 The London City and Midland Bank in Ludgate Hill. 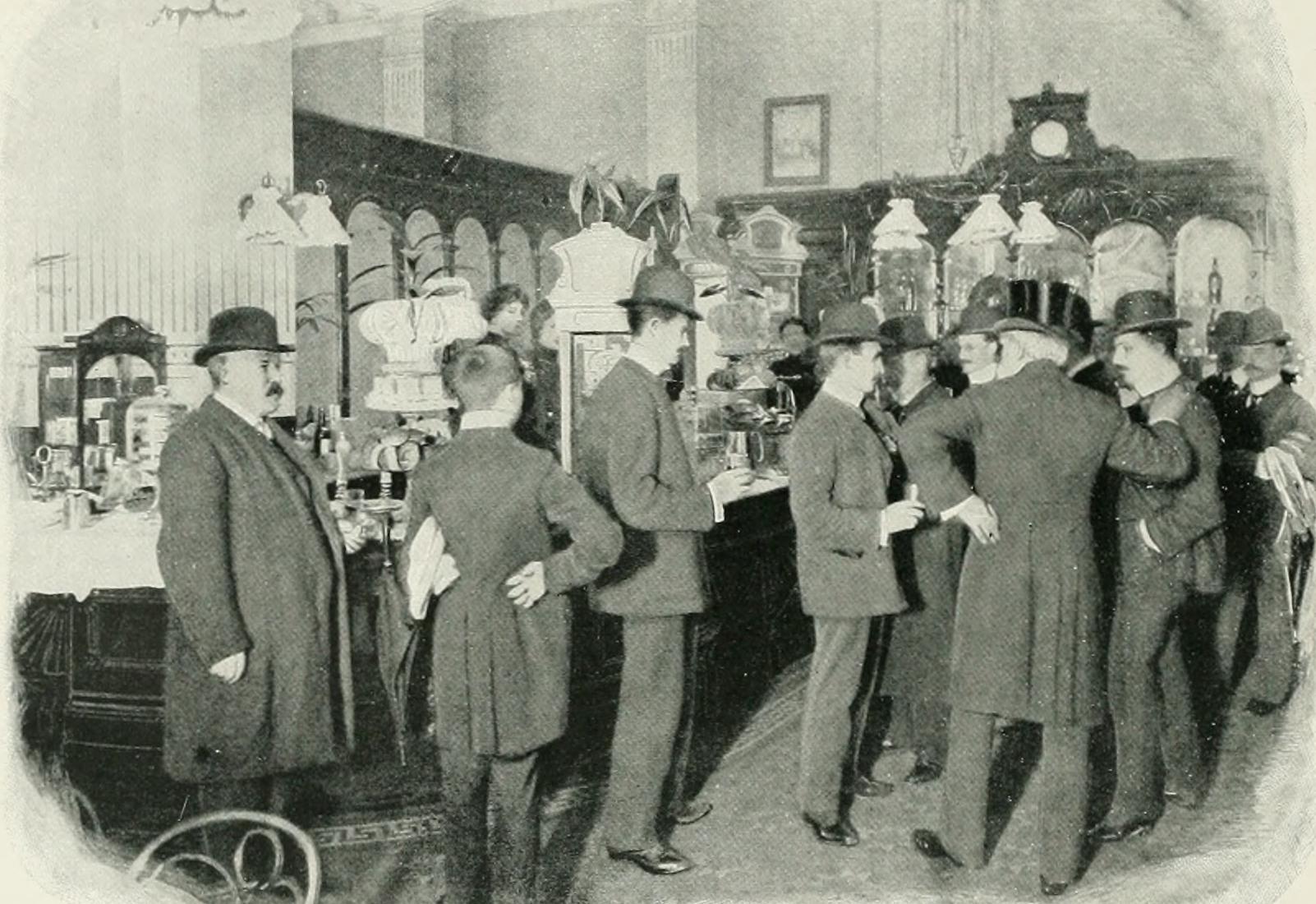 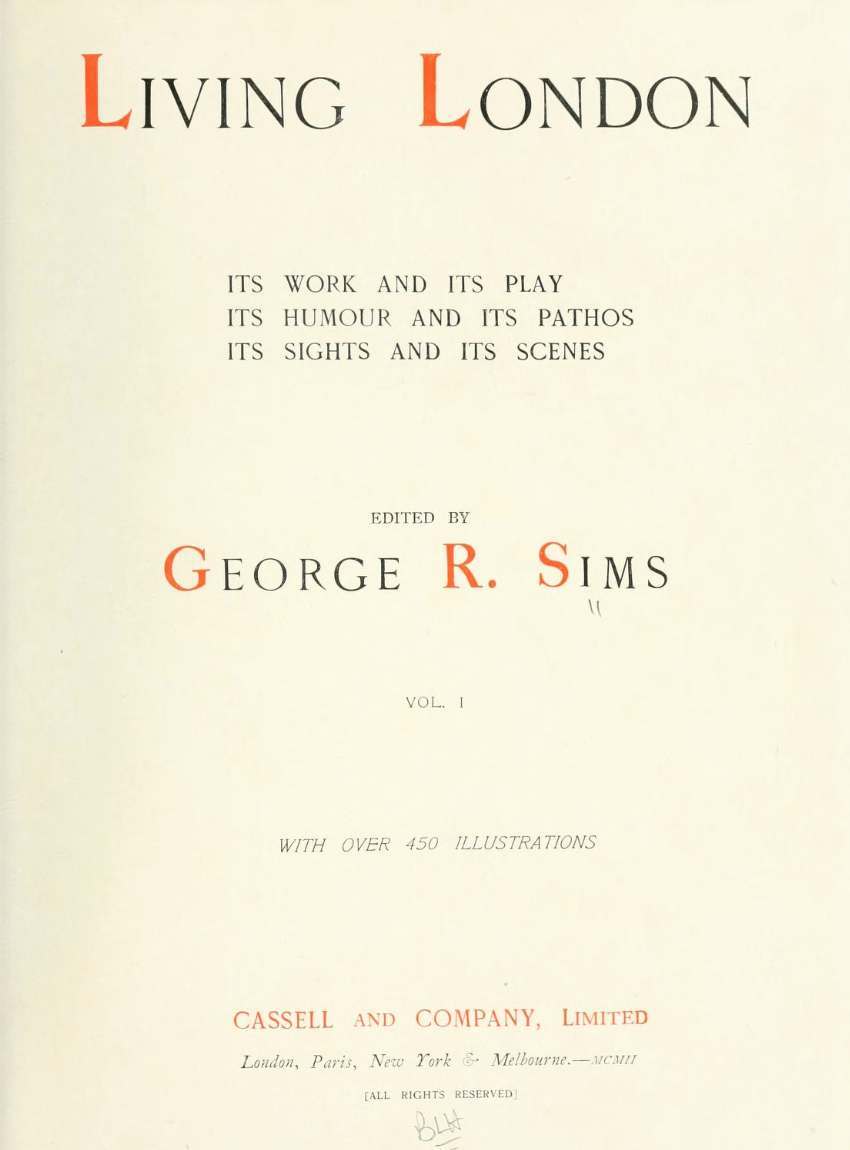 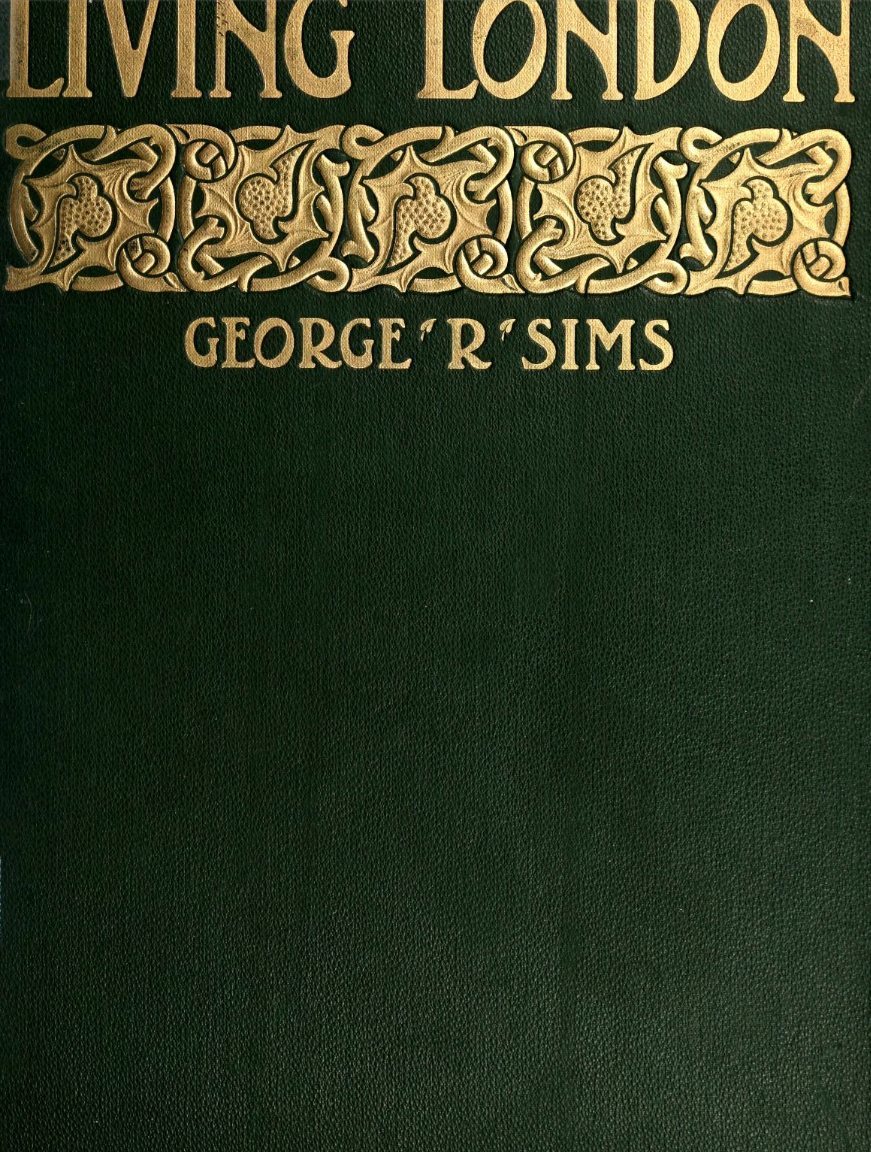