For freemasons time never moves on. It was dipped in aspic and preserved in ornamental bibs, white-gloved secret handshakes with one trouser leg rolled up high, an oddity, which given the freemasons dedication to precision gaged by the square and compasses, presents the impression of men unable to dress themselves after a vigorous break on a provincial lay-by. 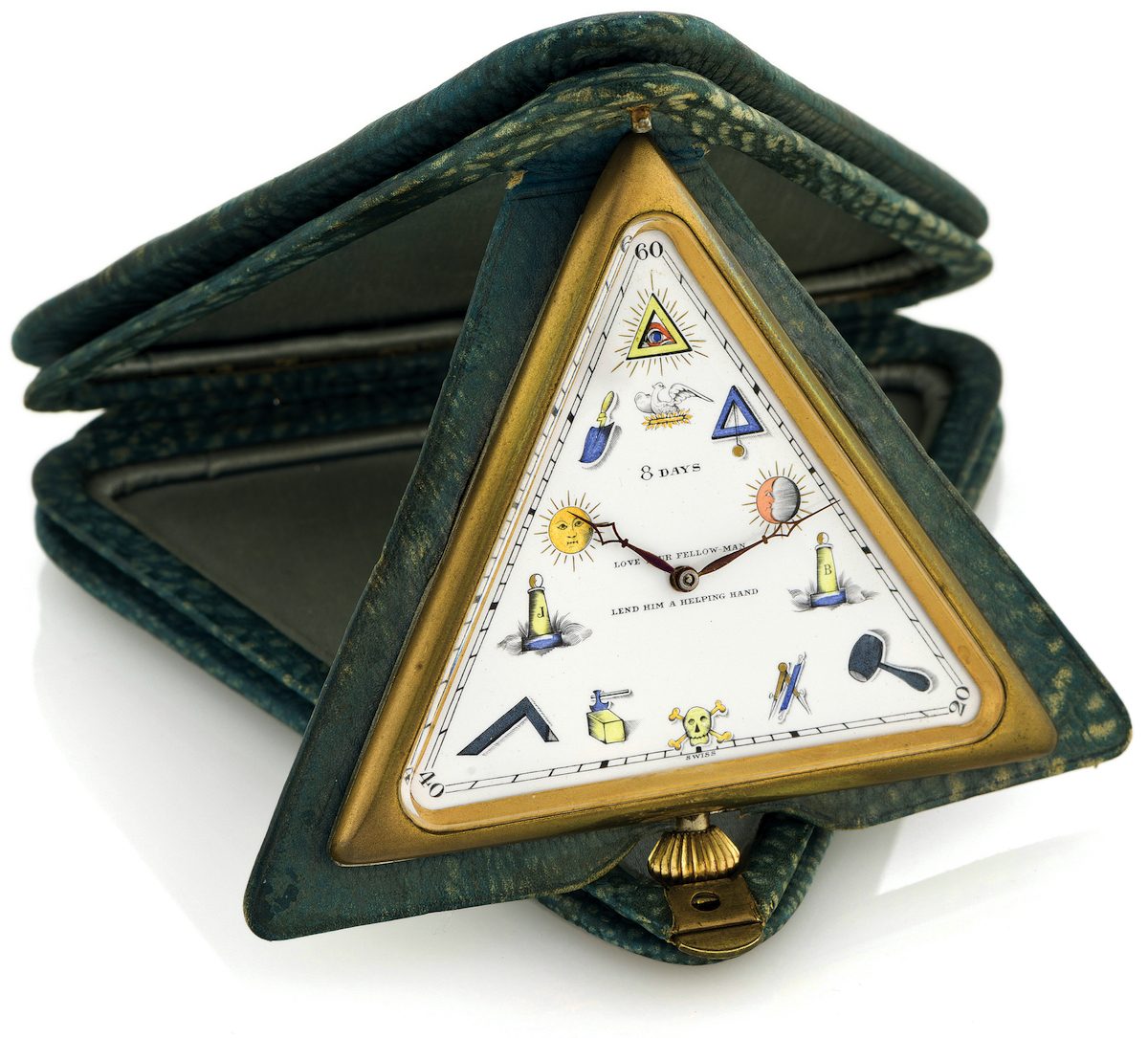 Before Wattsapp groups, secret policeman’s balls and golf clubs, there were meetings between freemasons at coffee houses and then lodges, where moral philosophy, the right to rule (Kings Edward VII, Edward VIII and George VI were all Freemasons) and business merged to, as George Washington had it in a letter to the Grand Lodge of Free and Accepted Masons for the Commonwealth of Massachusetts of January 1793, “enlarge the sphere of social happiness.” Noble aims, for sure. But Leo Tolstoy, one critic of many, was a tad more circumspect about The Brotherhood, offering this appraisal his masterpiece War and Peace:

“When he had joined the Freemasons he had experienced the feeling of one who confidently steps onto the smooth surface of a bog. When he put his foot down it sank in. To make quite sure of the firmness of the ground, he put his other foot down and sank deeper still, became stuck in it, and involuntarily waded knee-deep in the bog.”

That’s freemasonry for you: its sticks you with what you know, offering the inability to move back, forwards, left or right. Time stands still. And you can check on how time passes for the rest of society on your Masonic watch. 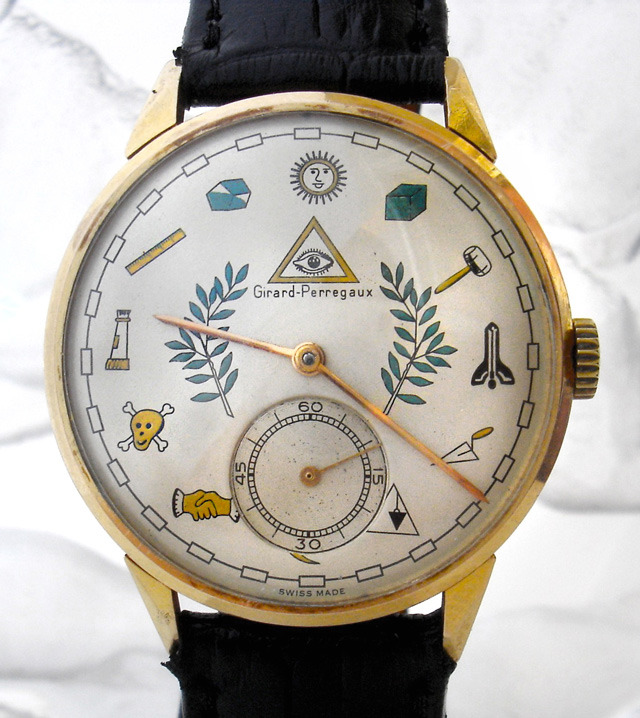 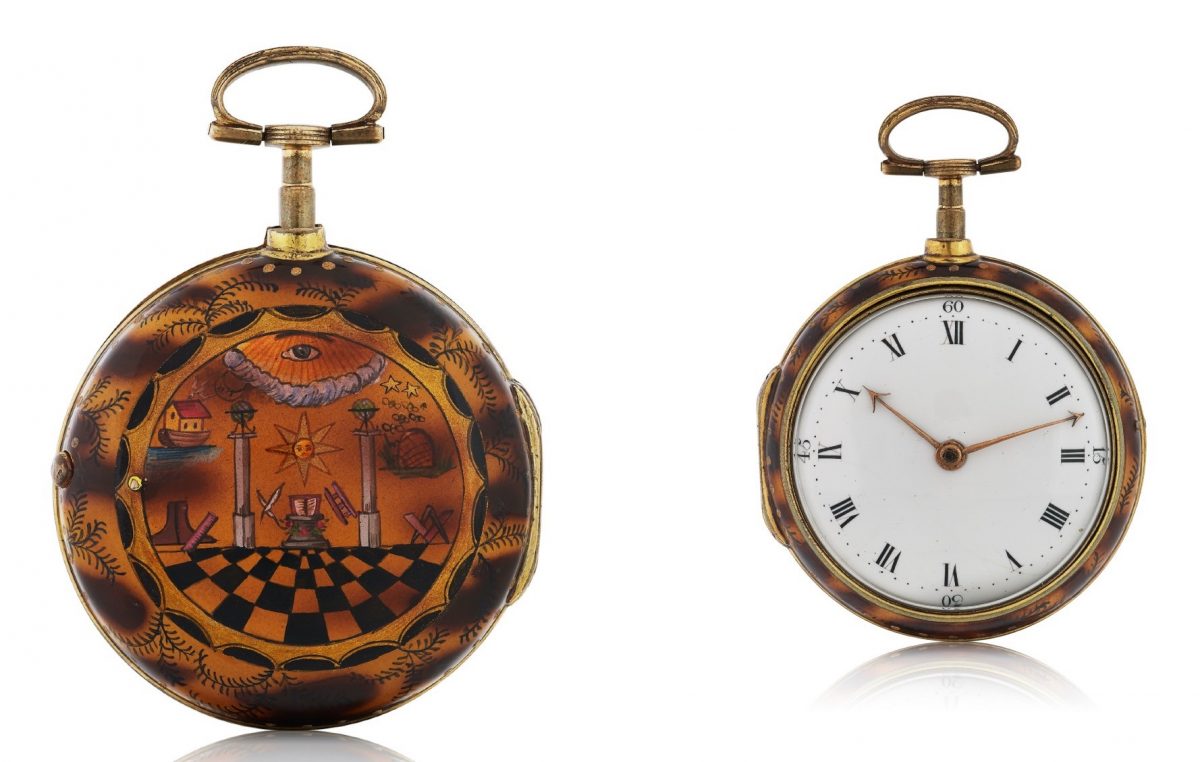 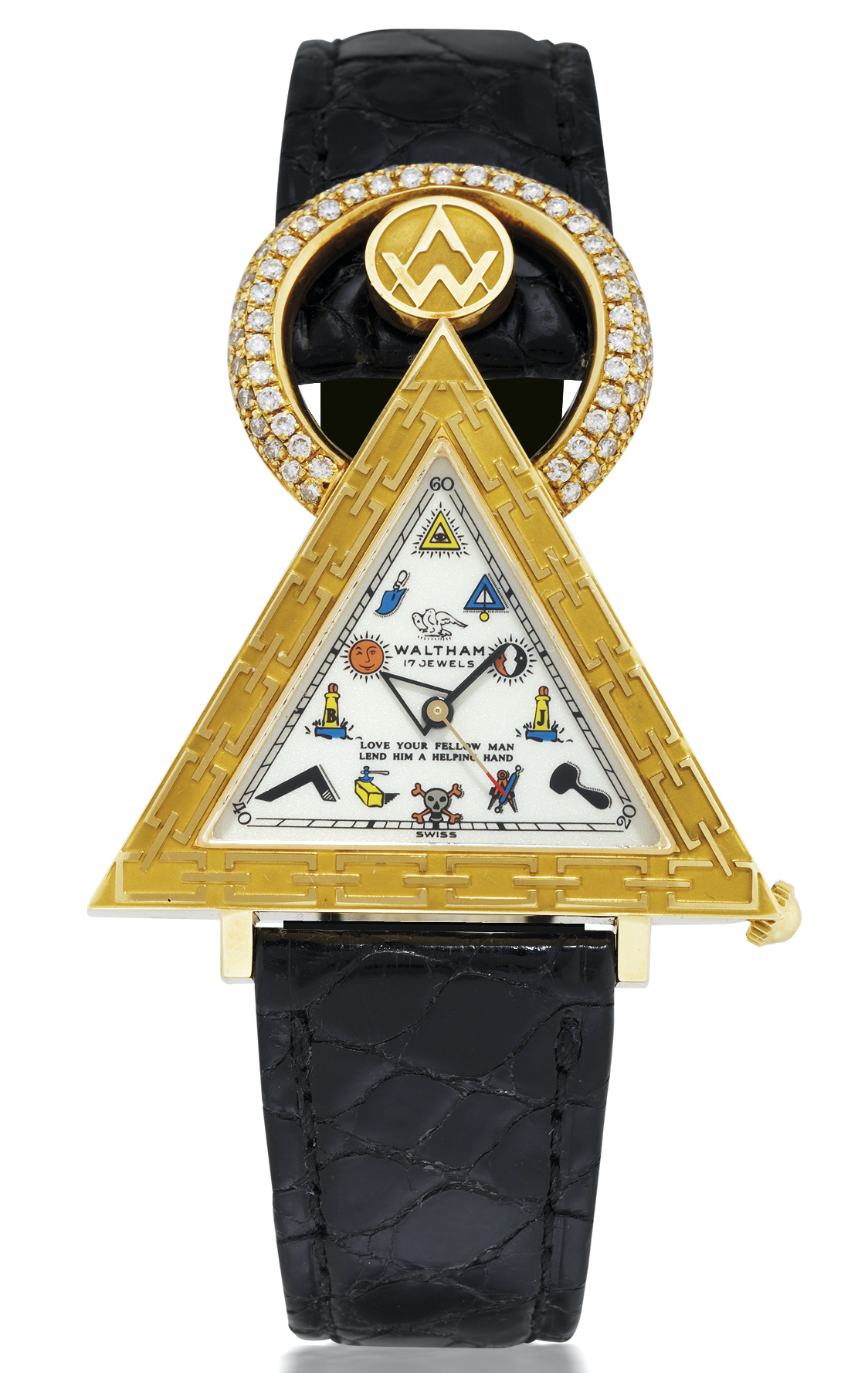 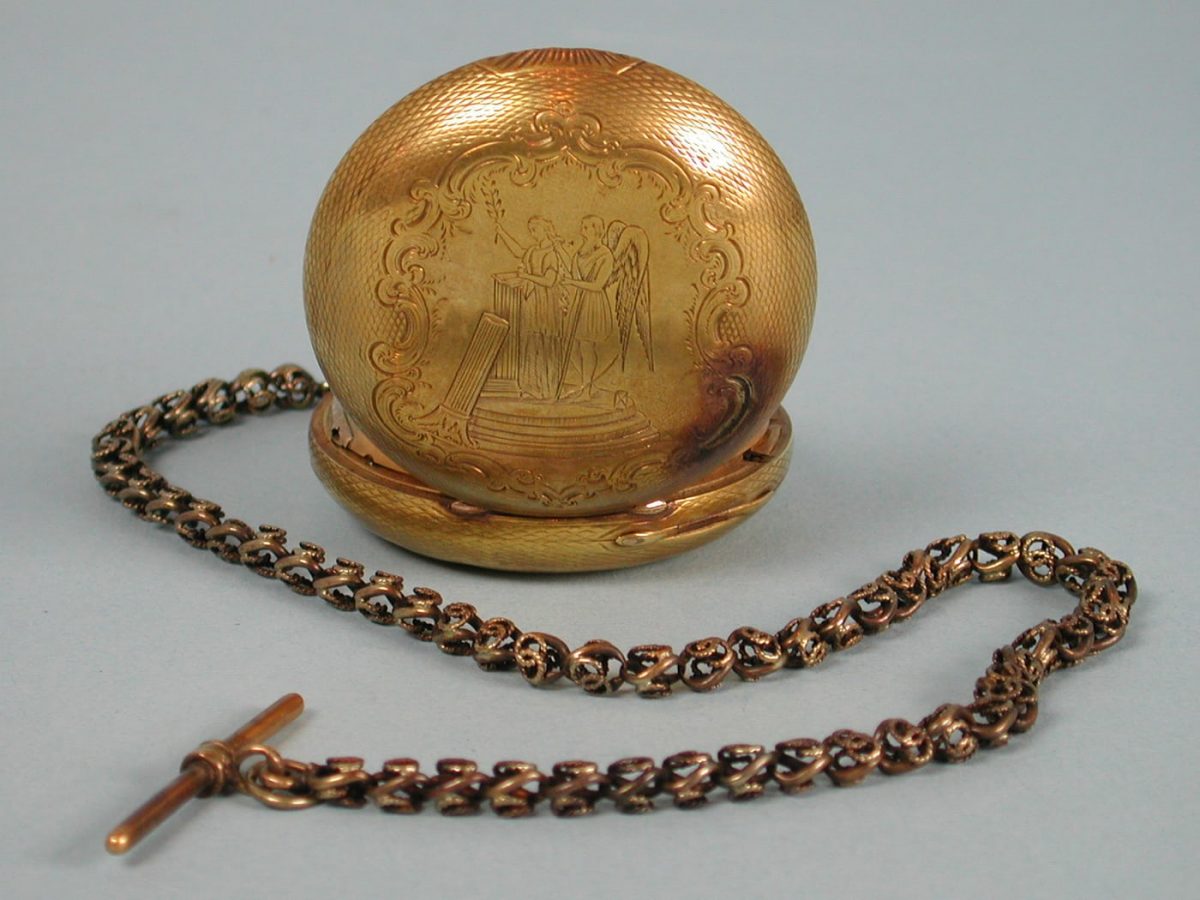 The Tennessee State Museum owns a gold pocket watch that was reportedly owned by US President Andrew Johnson. The museum estimates it is from circa 1855 to 1875. The engraved image  represents the Third Degree in Freemasonry – a weeping virgin, holding in one hand a sprig of acacia and in the other an urn; before her is a broken column, on which rests a copy of the Book of Constitutions, while Father Time behind her is attempting to disentangle the ringlets of her hair. Via 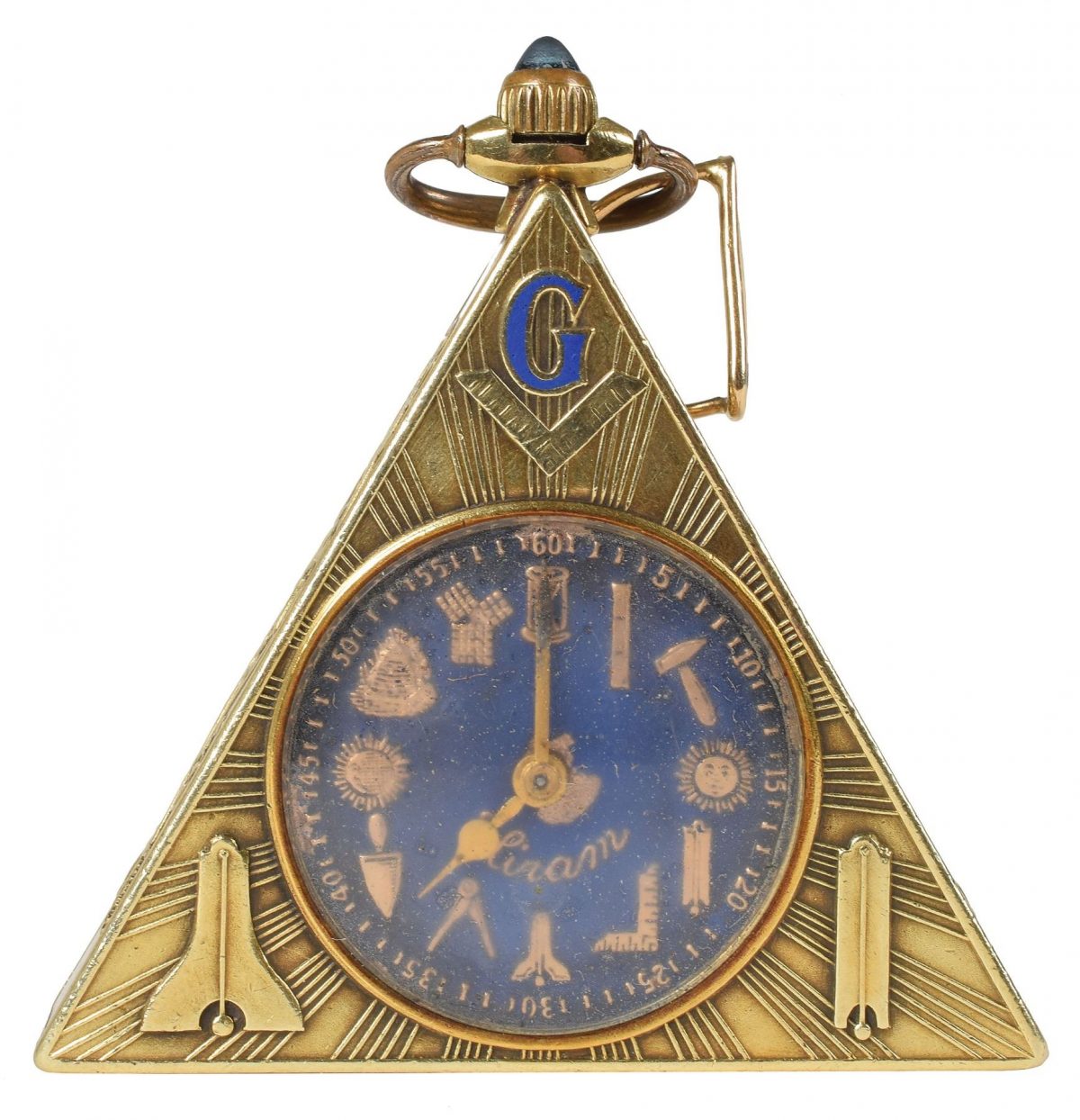 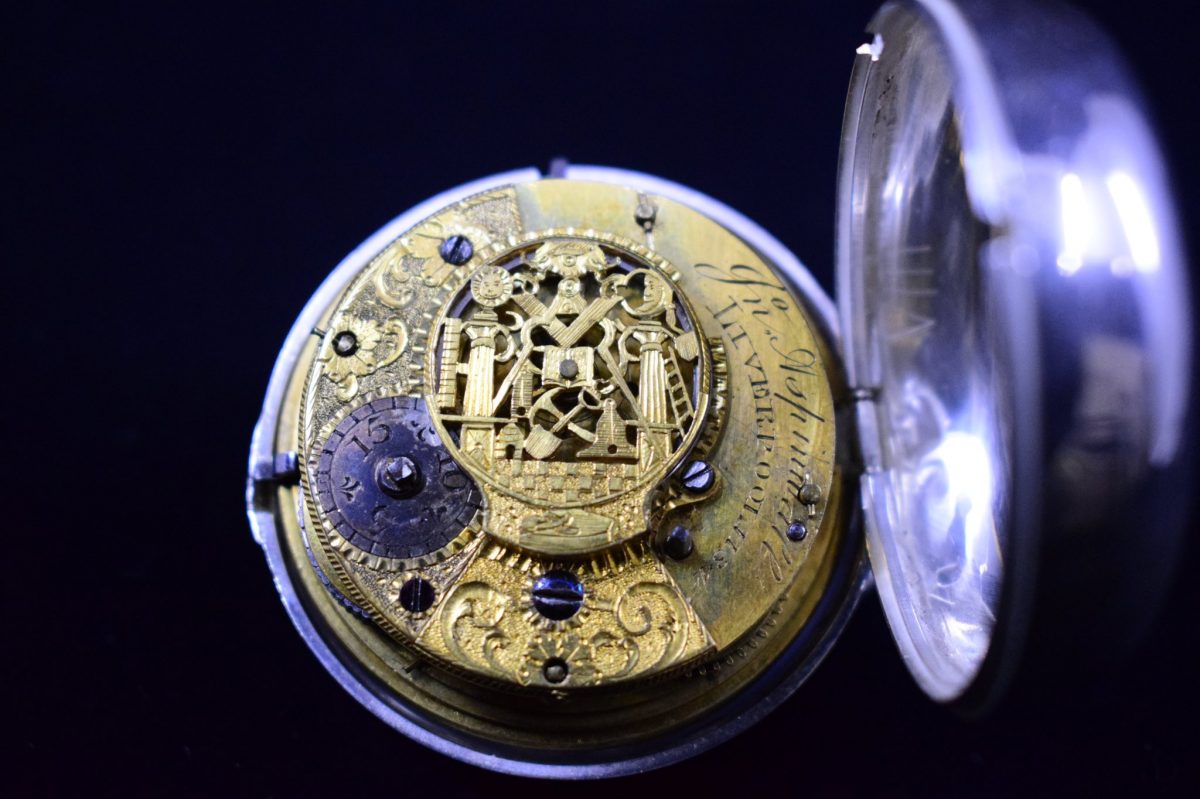 ‘This is a Verge Fusee from the late 18th to early 19th Century. It may have been the watch to inspire William Wallace Dudley to create his famous “Dudley Masonic Watch.” – DC Grand Lodge 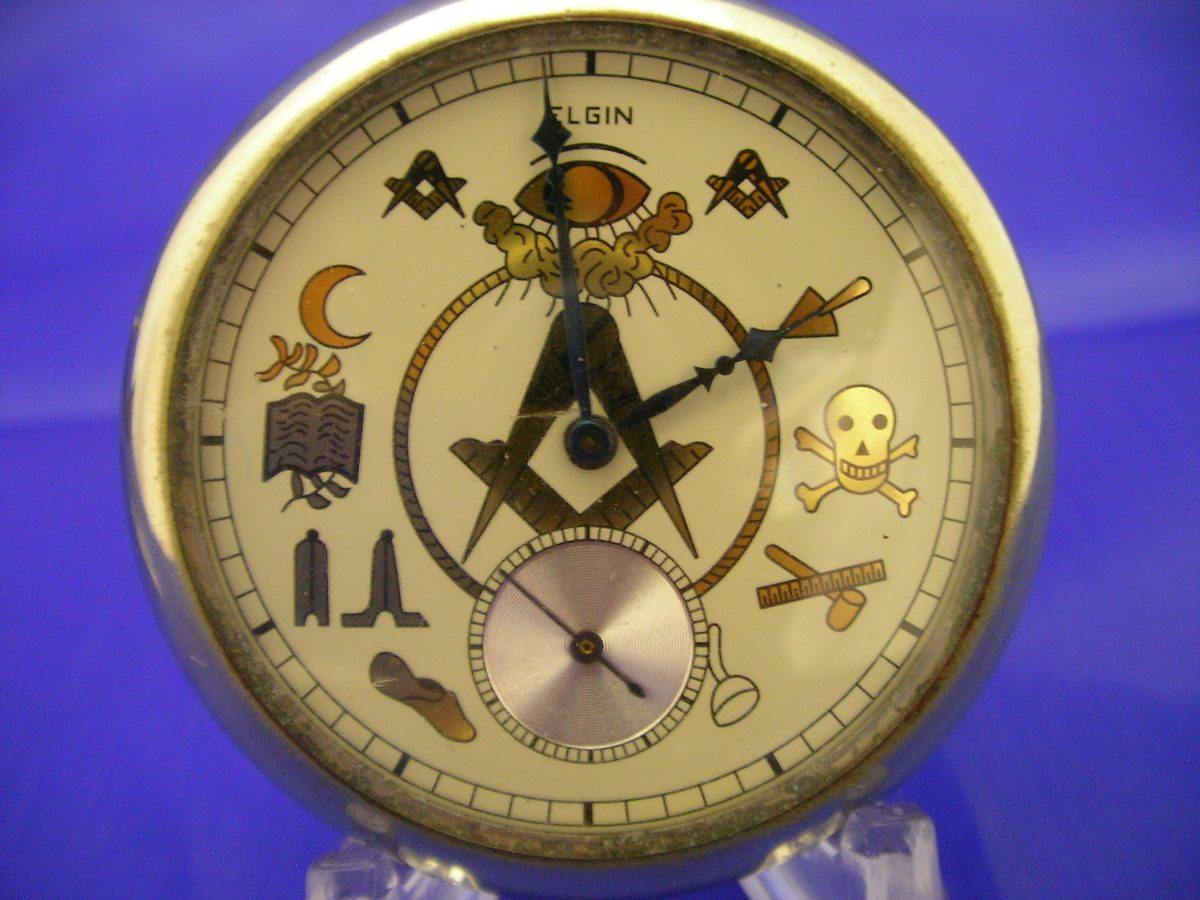 Pocket watch made by Elgin Watch Co. Illinois circa 1921. Via 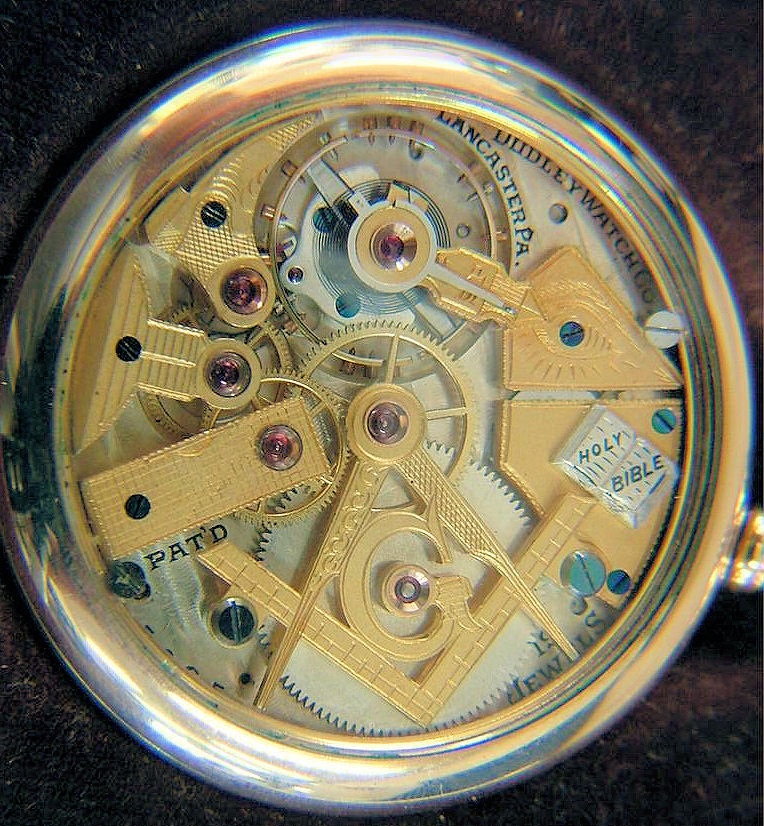 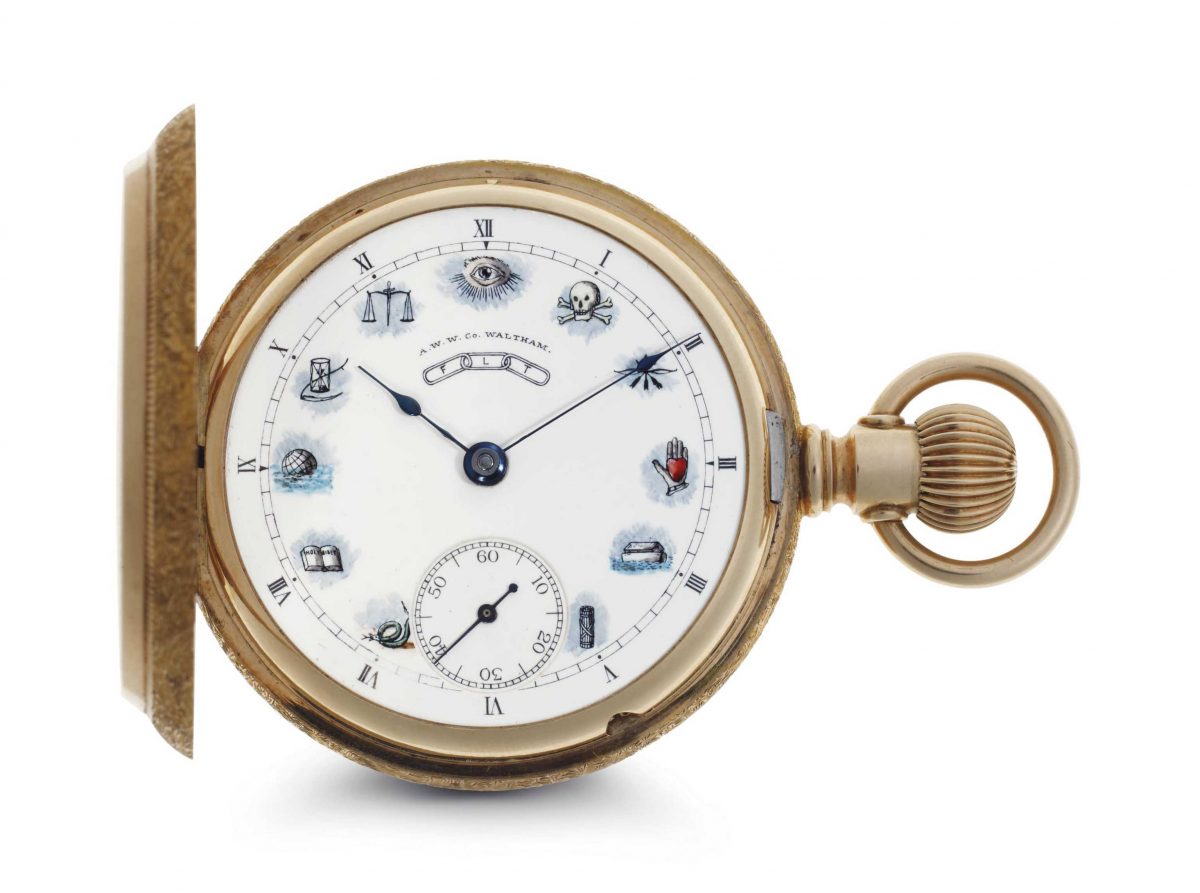 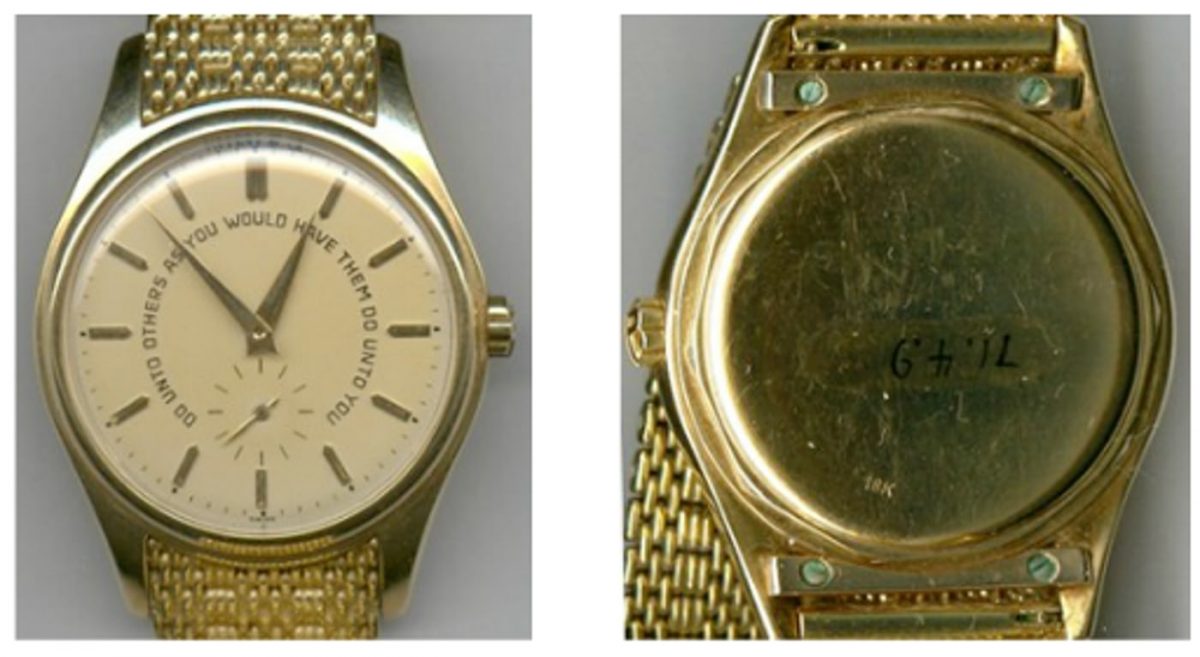 President Lyndon Baines Johnson’s Patek Philippe with motto: ‘Do Unto Others As You Would Have Them Do Unto You’

President Lyndon Baines Johnson’ masonic watch. LBJ was initiated as a Mason in 1937. As Eric Wind writes: ‘Some people and auction houses have called watches with these dials “Masonic” Pateks.’ 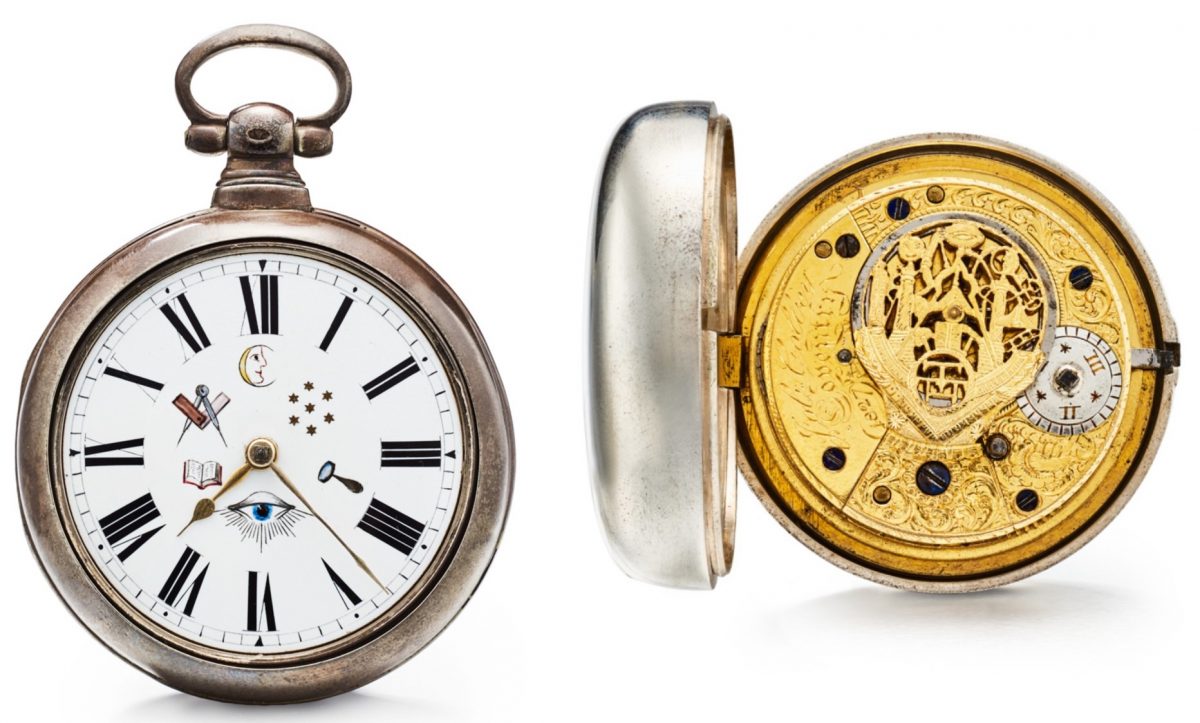 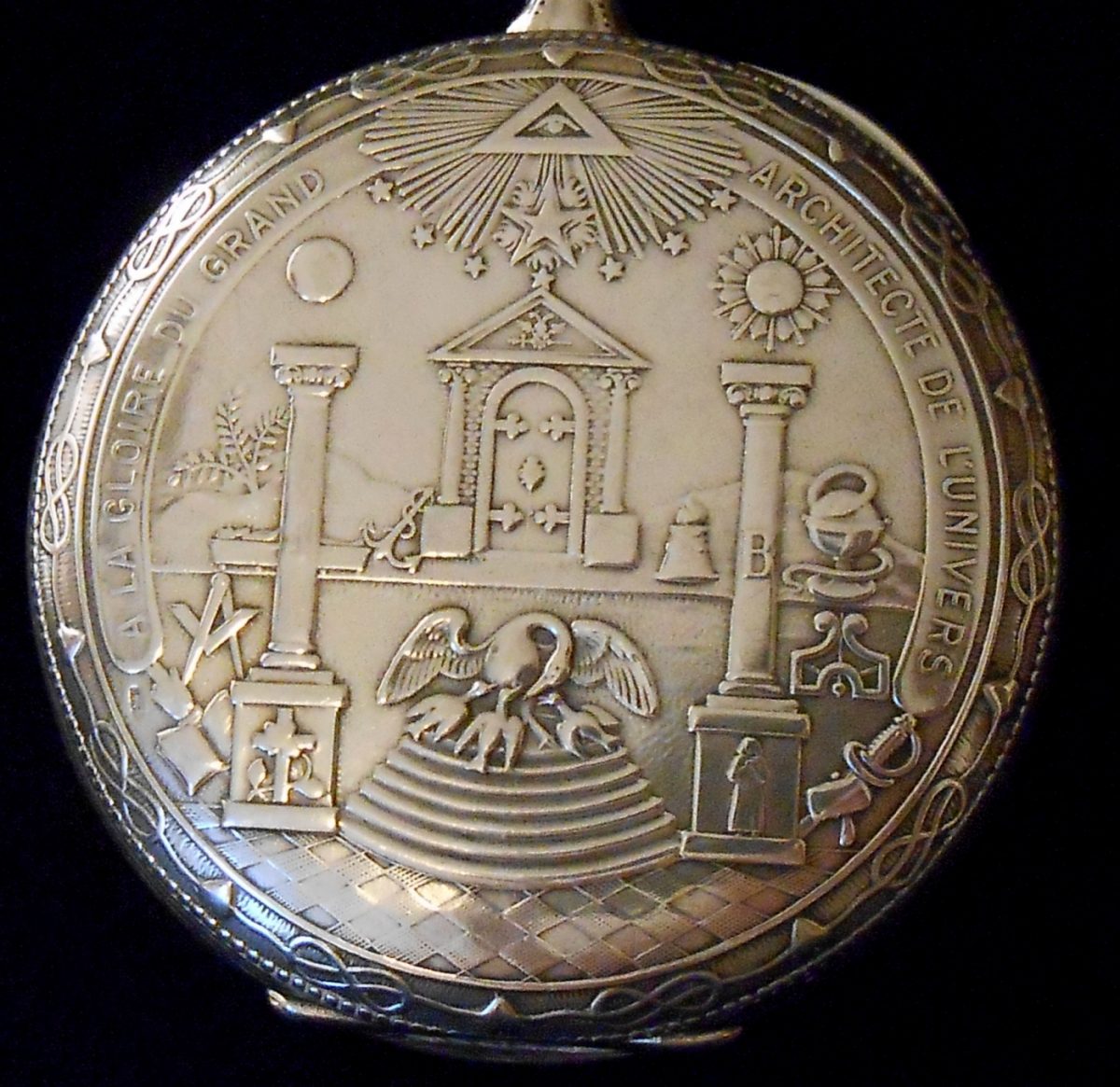 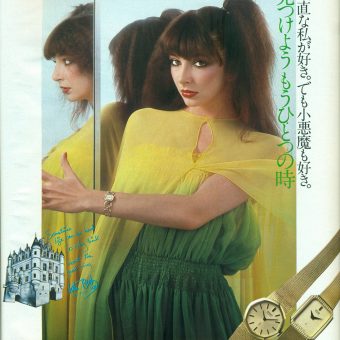 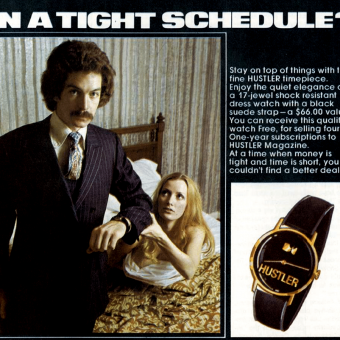 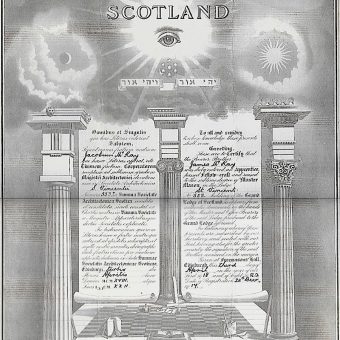 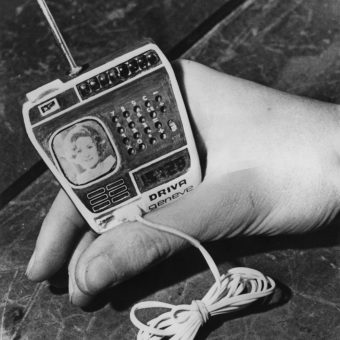 The 1976 TV Watch By Driva Geneve of Switzerland